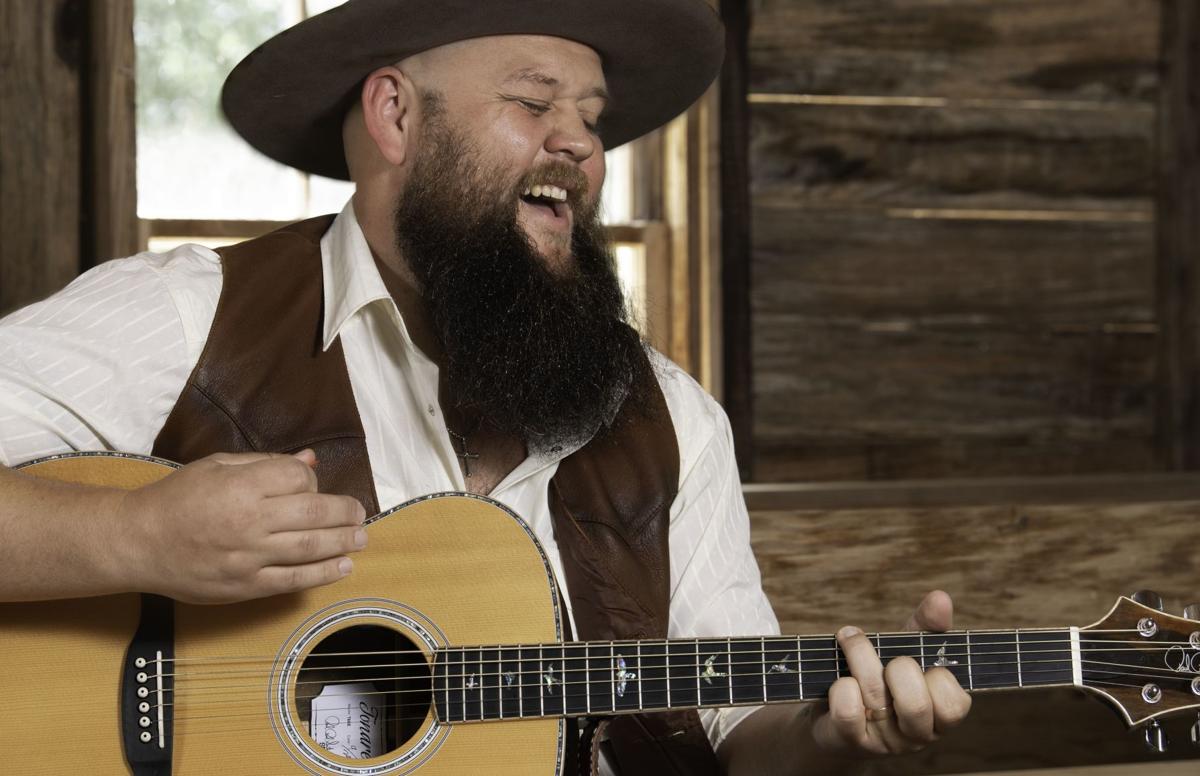 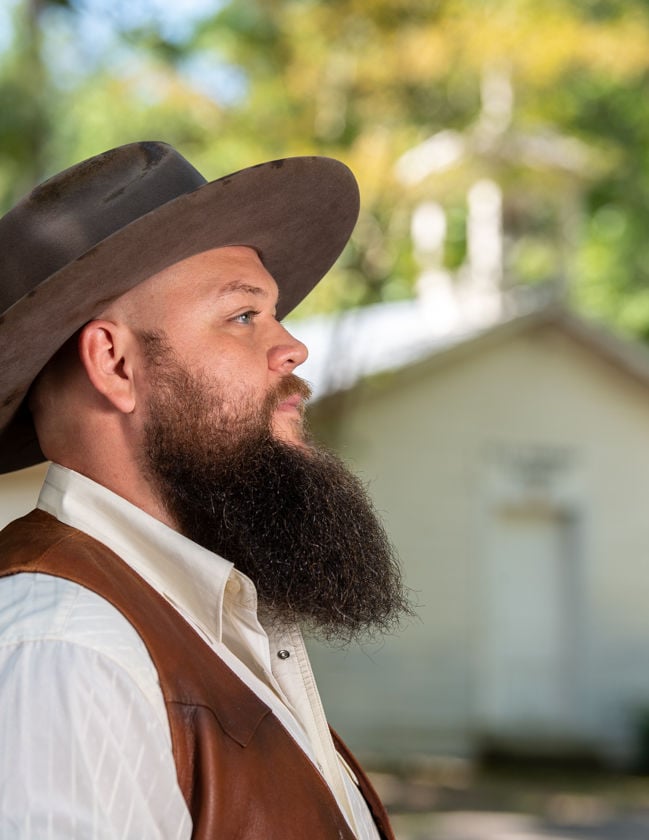 Country music's Larry Fleet loves coming to Lake Martin so much that he quarantined here with his family and friends during the coronavirus outbreak. While he was here, Fleet recorded the video for his new song, Where I Find God, a ballad that reflects his blue-collar roots and love of his family, including 9-month-old son, Waylon. Catch the video online at YouTube.com and read his story in this issue. 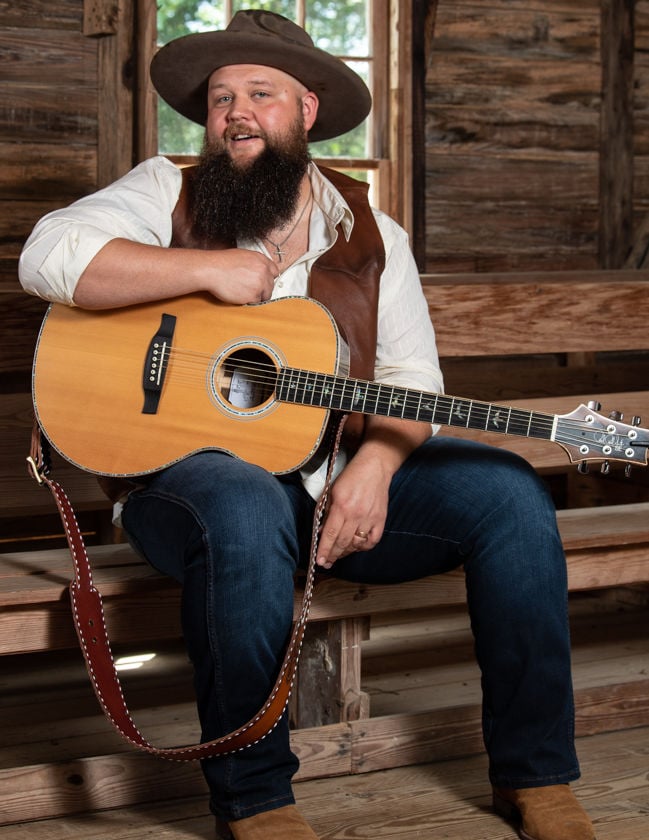 Fleet reflects on the coincidence of meeting Jake Owen, who helped him launch his music career

Country music's Larry Fleet loves coming to Lake Martin so much that he quarantined here with his family and friends during the coronavirus outbreak. While he was here, Fleet recorded the video for his new song, Where I Find God, a ballad that reflects his blue-collar roots and love of his family, including 9-month-old son, Waylon. Catch the video online at YouTube.com and read his story in this issue.

Fleet reflects on the coincidence of meeting Jake Owen, who helped him launch his music career

Larry Fleet recorded the music video for one of the best new Country songs of the year, Where I Find God, at Lake Martin this spring, but if you’d asked him three years ago what he thought he’d be doing now, that wouldn’t have been his answer. The sensation behind the come-from-nowhere hit would have said he’d be working hard, pouring concrete to support a wife and baby and playing guitar for barn parties on the weekends. Instead, he’s made his debut on the Country tour with singer/songwriter/actor Jake Owen and has appeared on stage with Willie Nelson, Jimmy Buffett, Jon Pardi and other greats.

Fleet has retreated to Lake Martin every summer for four years with his wife, Phebe, staying with friends who are more like family; jumping off the dock, smoking meat, wake surfing and eating good food.

“We used to talk about getting a beach house someday,” Fleet said, shaking his head softly. “No more. Now we talk about a lake house. “The first time I got in the water, I could see my feet. I think this is the cleanest water I’ve ever been swimming in.”

The singer/songwriter Fleet met Lake Martin’s Woody Kennedy family through his wife, Phebe, who had long ago been inducted into the family. Dr. Woody Kennedy, an Eclectic, Alabama, native and plastic surgeon in Chattanooga who passed away last year, kept a house at the lake and invited the Fleets, who soon became regulars.

Lake Martin’s beauty, the laidback lifestyle and an old country church just off Nero’s Point on Old Harmony Slough seemed a fitting place to shoot the video for the song Fleet had written with award-winning songwriter Connie Harrington. A number of well-established vocalists had expressed interest in recording the song, but when Luke Bryan decided not to do it, Fleet chose to record it himself.

Where I Find God hit the music markets without ever being pitched. The YouTube video had 1.2 million views five weeks after the song was released. It crossed over into the gospel music realm without even trying, which was no small feat, as gospel spotlights are tightly reserved for established performers.

“Radio stations were playing it, and we never sent it to them,” said Fleet, who is signed with Big Loud Records.

Fan comments on the video have amounted to the greatest compliment he’s ever received, said Fleet.

“One guy wrote that he heard the song, turned the car around and went to find an AA meeting; changed his life. People opening up and pouring out their hearts and souls to me. It’s a testimony song for people,” he said. “But that’s how it really is. I talk to God when I’m duck hunting, when I’m riding around in my truck with my bloodhound.”

Fleet picked up the guitar at 5 years old when his Great Uncle Jim taught him to play on Sundays after church. At 7 years old, the family bluegrass band played Nashville’s Ryman Auditorium.

“That’s really how I learned to play. They would let me play with them, and they were good. I wanted to be as good as they were,” Fleet said.

He didn’t start singing until he took gigs in college at University of Tennessee Martin.

“People told me then I could really sing. I just thought they were drunk,” Fleet laughed.

He also met Phebe at UT Martin, but the two didn’t date until they ran into each other again years later. After college, Fleet moved to Nashville to pursue songwriting. It didn’t occur to him to be a singer. When the music career didn’t break his way, he moved to Chattanooga to work construction, pouring concrete like his father did. It paid the bills. He married Phebe and played music on weekends.

“And then, I got a call from a guy who wanted me to play at a barn party. It was a wedding, just people hanging out, drinking beer. I was playing, somebody came up and told me Jake Owen was going to come up and listen to me play,” Fleet said. “To hear Jake tell it, he got out of the car and heard the music and thought somebody had a radio on. When they told him that was a real guy playing, he came on up to hear me.

“Well, he listened to me for a while and later that night, we got to talking, and he said I should go on the road. I told him no, I’d tried it, and it didn’t work out. He said we should stay in touch, so we exchanged numbers, and I went home.”

The next day, Owen texted Fleet, and the two met for lunch later in the week. Owen urged Fleet to quit his day job and go back to music for a living, but Fleet resisted.

“I had a wife and a mortgage,” Fleet said.

Shortly after that meeting, Owen invited Fleet to a bonfire with a music crowd. Fleet had just come in from a hard day of work, pouring concrete for 10 hours, and was dog-tired. When Phebe learned Owen wanted him to go up to Nashville for the jam session, she told him go.

“The next week, we were in Florida, and that was great. The following week, we were in Michigan. Jake was good to his word. He told me what I needed to do, and he helped me do it. He’s become a real good friend. He’s genuine,” Fleet said.

Then, Fleet recorded a demo for a song titled Lied About Love, and gave the demo to Owen, who quietly put the piece out for industry listeners. The song created a buzz, but no one knew the singer, and no one knew how to find out who the singer was. When Owen walked into the recording studio at Big Loud Records a few days later, someone played the song for him, and Owen told him that Larry Fleet was the man behind the voice.

“They had Jake set up a meeting with me, and when I walked into the office a week later, they had a contract laid out on the table,” Fleet said.

He released his first album, Workin’ Hard last November, produced by Joey Moi who is known for his work with A-list Country acts, including Owen and Morgan Wallen. The album garnered critical acclaim from American Songwriter and Rolling Stone and put Fleet on the 2020 ‘Artist to Watch’ lists for Pandora, Taste of Country and Sounds Like Nashville. It’s available at all digital retailers now.

Fleet’s popularity grew among professionals, as well as listeners, who relate to his blue-collar roots and authentic sincerity.

“I got a call one day, and this person says to me, ‘Willie Nelson wants you to go on the road with him,’” Fleet said. “He’s just a great guy. It was just him and me on stage. He treated me really well.”

Fleet and Owen were doing another tour when the stay-at-home orders went into effect, supposedly putting his career on hold. He and Phebe, along with their 9-month-old son, Waylon, joined the Kennedy family for a lakeside quarantine.

With the acoustic PRS guitar slung over his shoulder in the pink light of an early day at Lake Martin, Fleet’s Where I Find God video begins with a drone shot of Little Kowaliga Creek. It includes footage of Fleet taking the baby for a ride in the Kawasaki 4x4, introducing Waylon to an old upright piano at Old Harmony Church, fishing from the dock, in the garage working on a pickup truck, admiring Eclectic’s longhorns and a portrait of the family. All the while, Fleet’s masterful voice sings of places where he finds moments of solace with his Maker and says, “Thanks for everything.”

“It’s better than pouring concrete,” Fleet said with a smile.