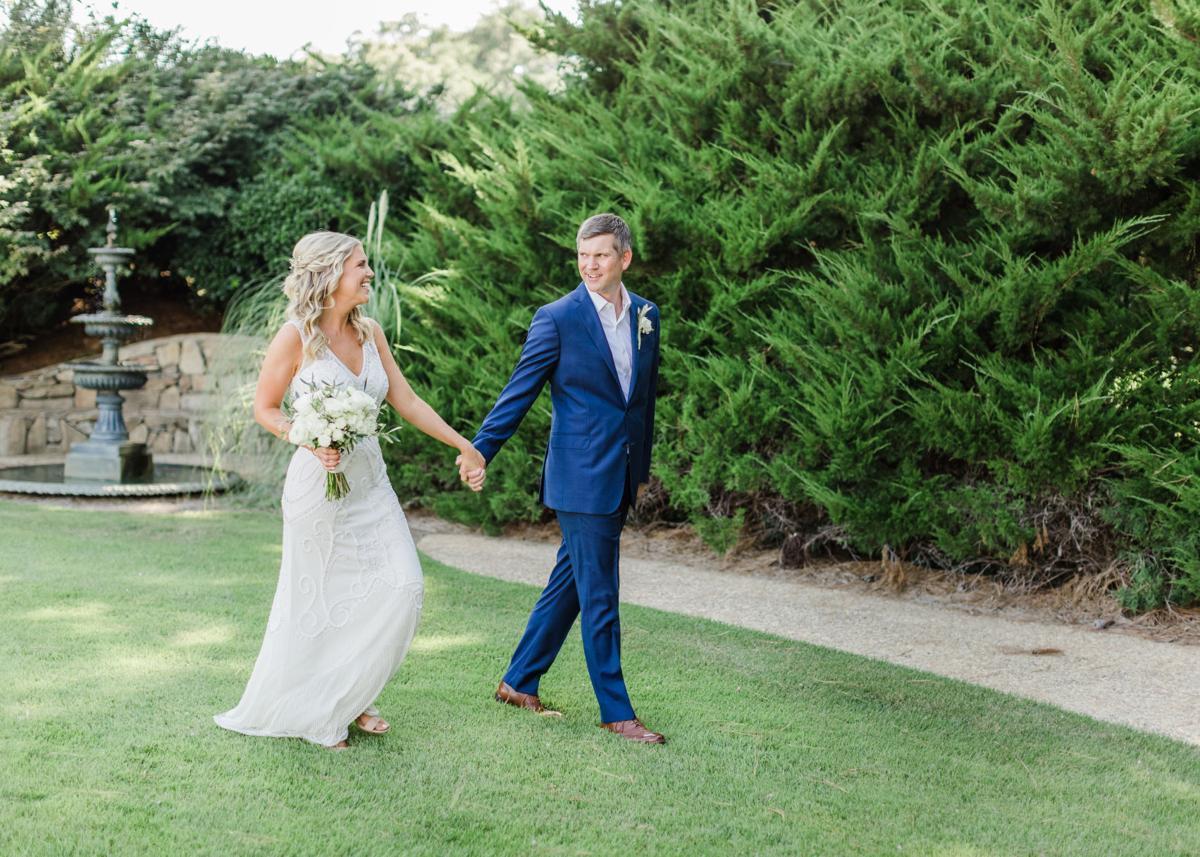 Lauren and Matt Jennette take a stroll as husband and wife 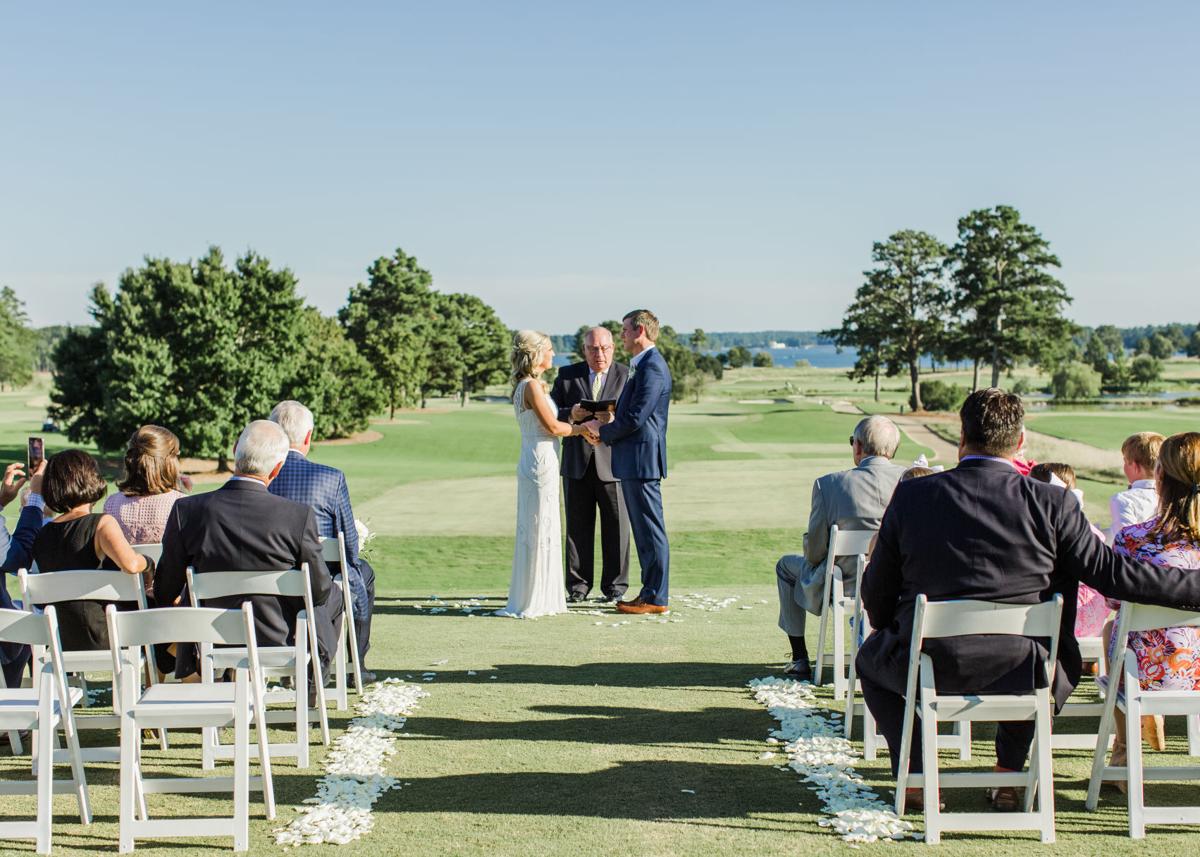 They were married during an intimate family ceremony on the No. 7 tee box at Willow Point 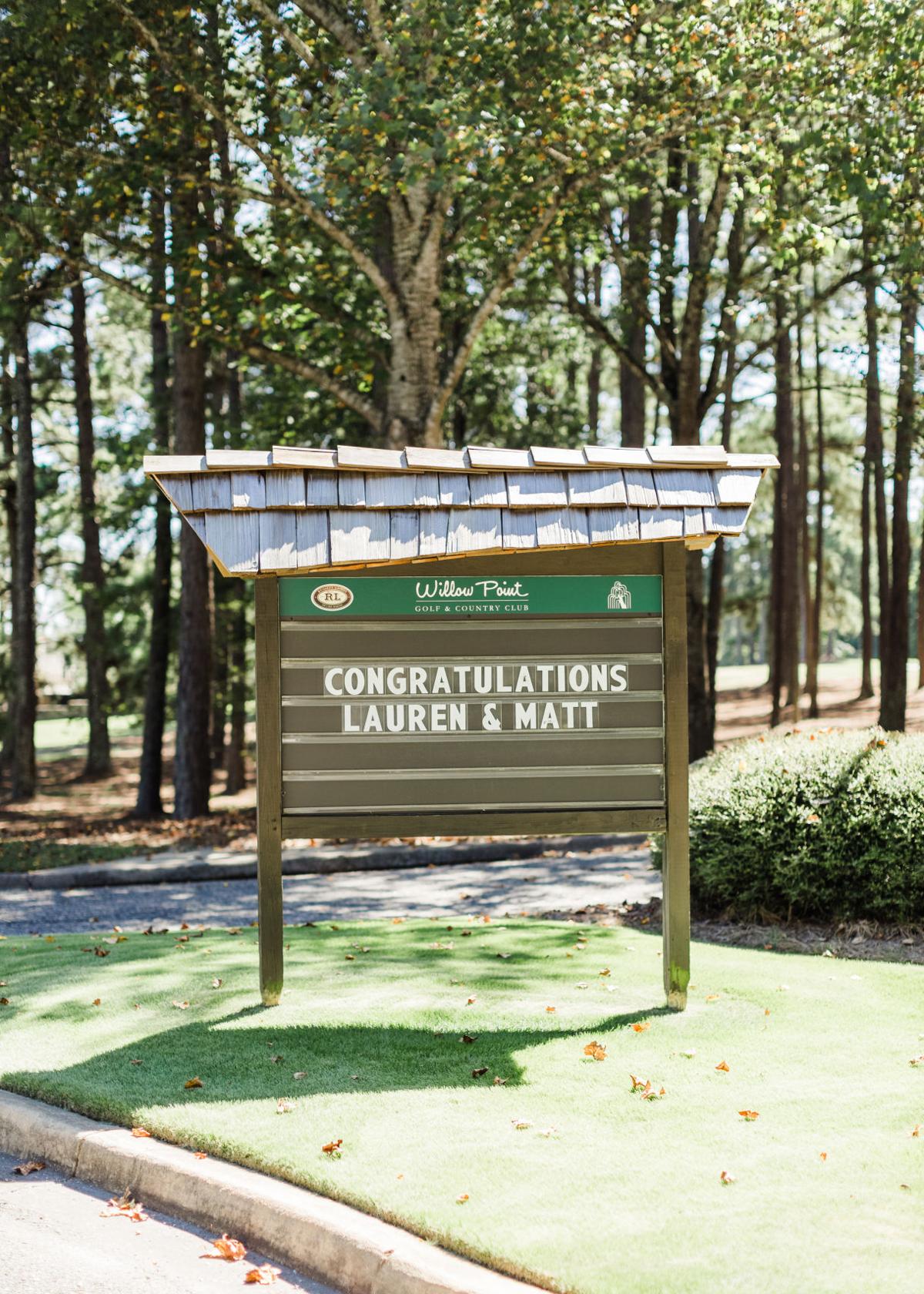 Congratulations were in order at the Willow Point gate 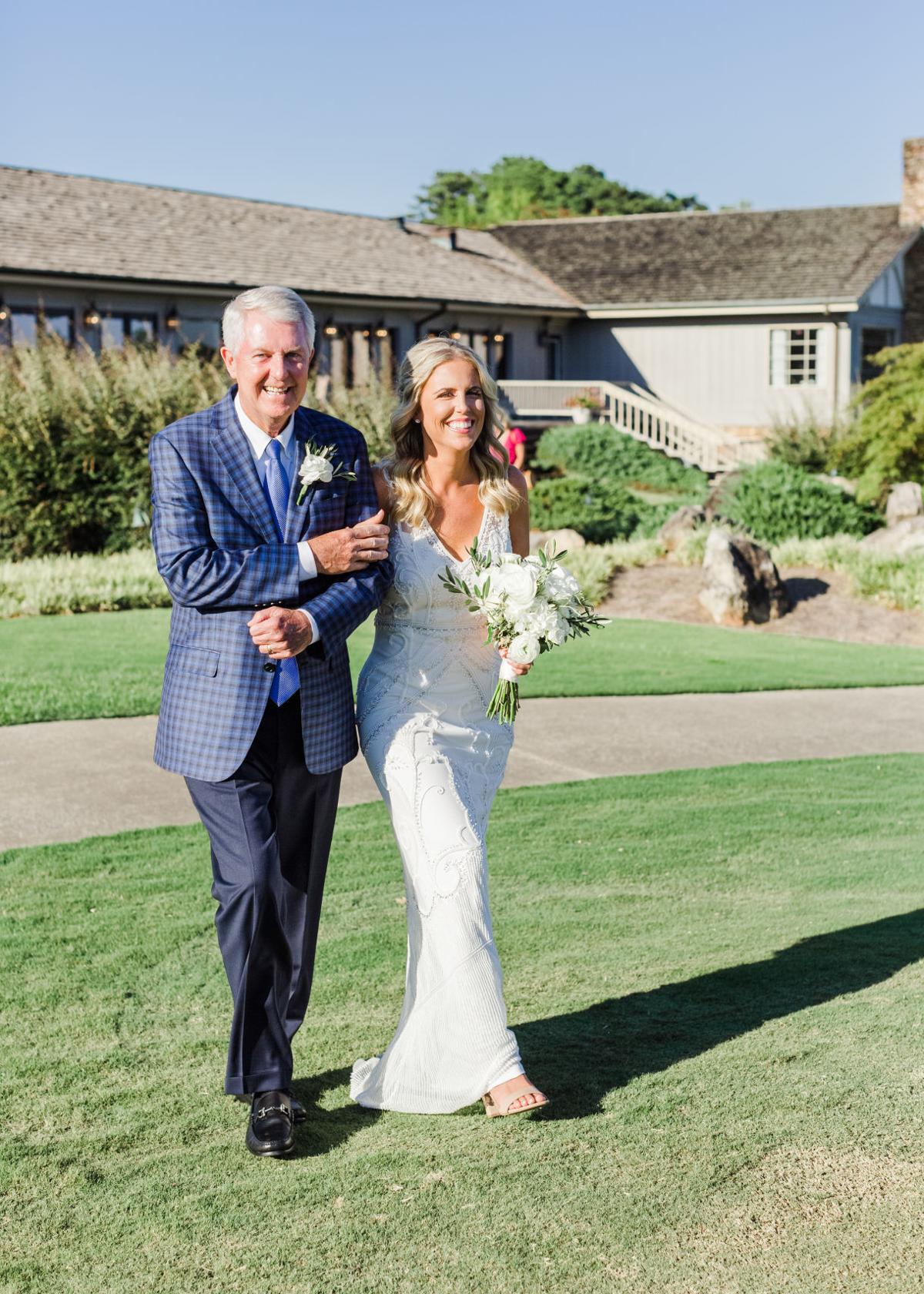 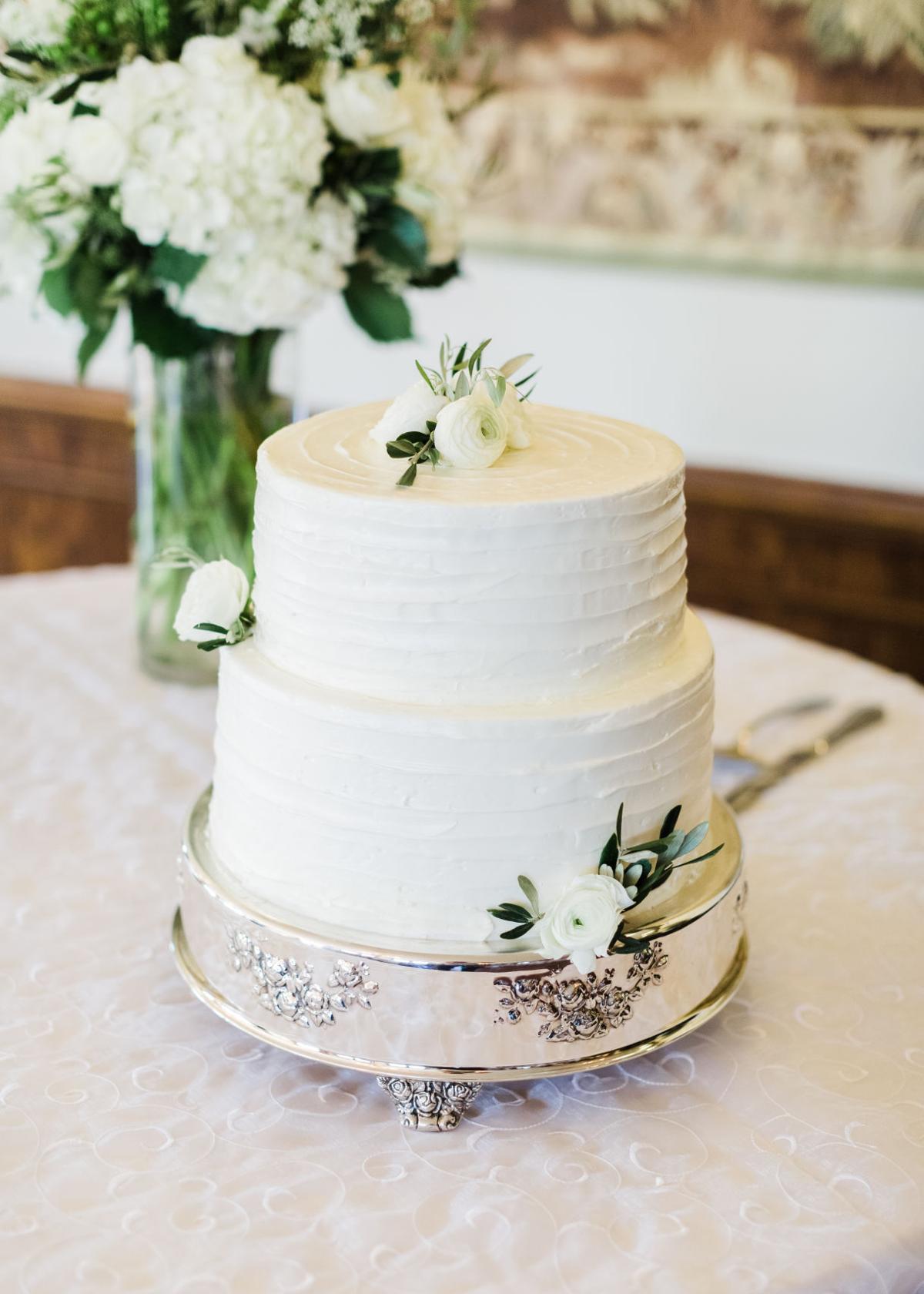 The cake, made by the Willow Point pastry chef, featured a vanilla layer as well as a chocolate layer 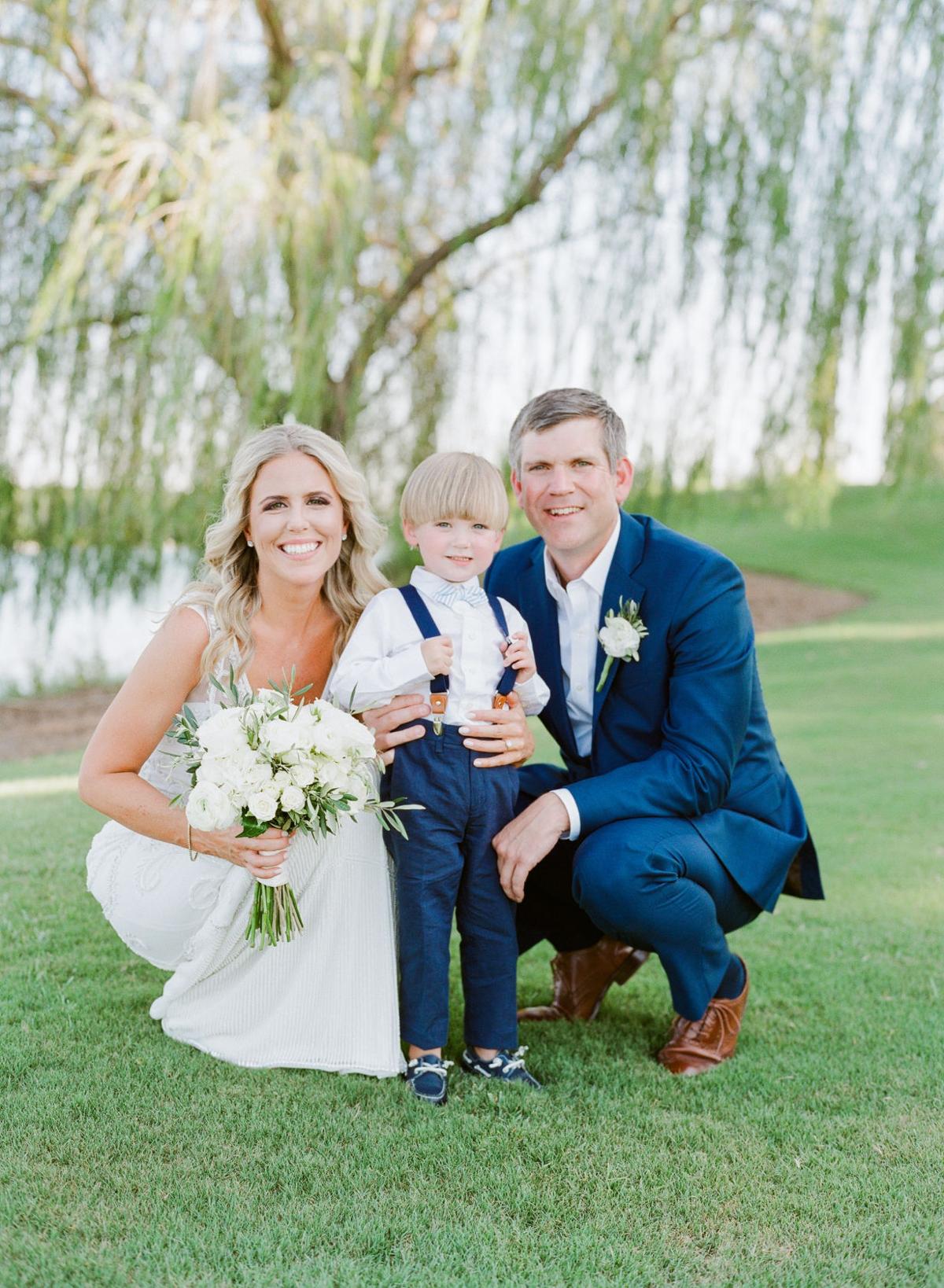 Ellis Jennette served as ring bearer for his father's bride

Lauren and Matt Jennette take a stroll as husband and wife

They were married during an intimate family ceremony on the No. 7 tee box at Willow Point

Congratulations were in order at the Willow Point gate

The cake, made by the Willow Point pastry chef, featured a vanilla layer as well as a chocolate layer

Ellis Jennette served as ring bearer for his father's bride

Lauren Spraggins and Matt Jennette met through mutual friends 10 years ago; and then, they became reacquainted in Birmingham years later. When Jennette proposed in March of 2019, they decided to get married that summer, which set Spraggins on a whirlwind course in preparation for their big day – just five months away on Friday, Aug. 16.

“I never wanted a wedding. My whole life I said I just wanted to elope. After Matt proposed, we knew we wanted our family there for our vows, but we knew we did not want something big,” she said.

As an Alexander City native, Spraggins decided the wedding had to be at Lake Martin with an outdoor ceremony. Their No. 1 goal was to have an intimate service for their families. The second goal was a party with their friends. To accomplish these objectives, Spraggins and Jennette elected to have a small wedding on Friday and a large party on Saturday. Spraggins called in her mother for assistance.

“Lauren and I quickly compiled a list of things that she wanted for her and Matt’s wedding. Lauren selected and communicated details on her own, and we worked together to make it happen. Everything went smoothly,” said Jennifer Spraggins, mother-of-the-bride.

Spraggins and Jennette decided to have only immediate family members at the wedding. They contacted Claudia Isaac, catering and events manager at Willow Point Country Club, who gave them just the help they needed.

“Claudia was great. She suggested we get married on the No. 7 tee box because it has a great view of the water and the golf course. They set up chairs for our family, and the bride’s grandparents were able to roll their wheelchairs out onto the balcony to see the ceremony. It worked out perfectly,” she said.

The wedding party was simple. Jennette’s son, Ellis, served as ring bearer, and Spraggins’ niece, Hannah, was the flower girl. The couple processed down an aisle that was strewn with white rose petals to the sound of a violin playing Stand by Me for the pastor’s and groom’s entrances; Your Song for the bride and Yellow for the recessional. Grace’s Flowers in Alexander City made the beautiful bride’s bouquet – all-white roses, hydrangea and calla lilies with olive branch greenery.

To keep the entire affair casual, the groom wore a Brooks Brothers suit with no tie. Spraggins chose a dress from BHLDN, a bridal line by Anthropologie.

“The wedding line at BHLDN is beautiful. Mine was beaded and just exactly what I wanted. I did have a little bit of tradition – I borrowed my mom’s diamond tennis bracelet, and my godmother gave me a sixpence for my shoe,” she said.

“Being outside with the view of the lake in the background for the ceremony; and then, having dinner in the Willow Room with immediate family made it a special and personal ceremony,” Spraggins said.

Many of their friends who came for the Saturday night party stayed at the Willow Point villas, so on Saturday, the groom played golf with his friends, and the bride enjoyed a day at the pool with her friends. Transportation was provided from the villas to The Ridge clubhouse for the party that night.

The newlyweds traveled to Italy and Spain for their honeymoon – a spectacular finale to the celebration of their new lives together.