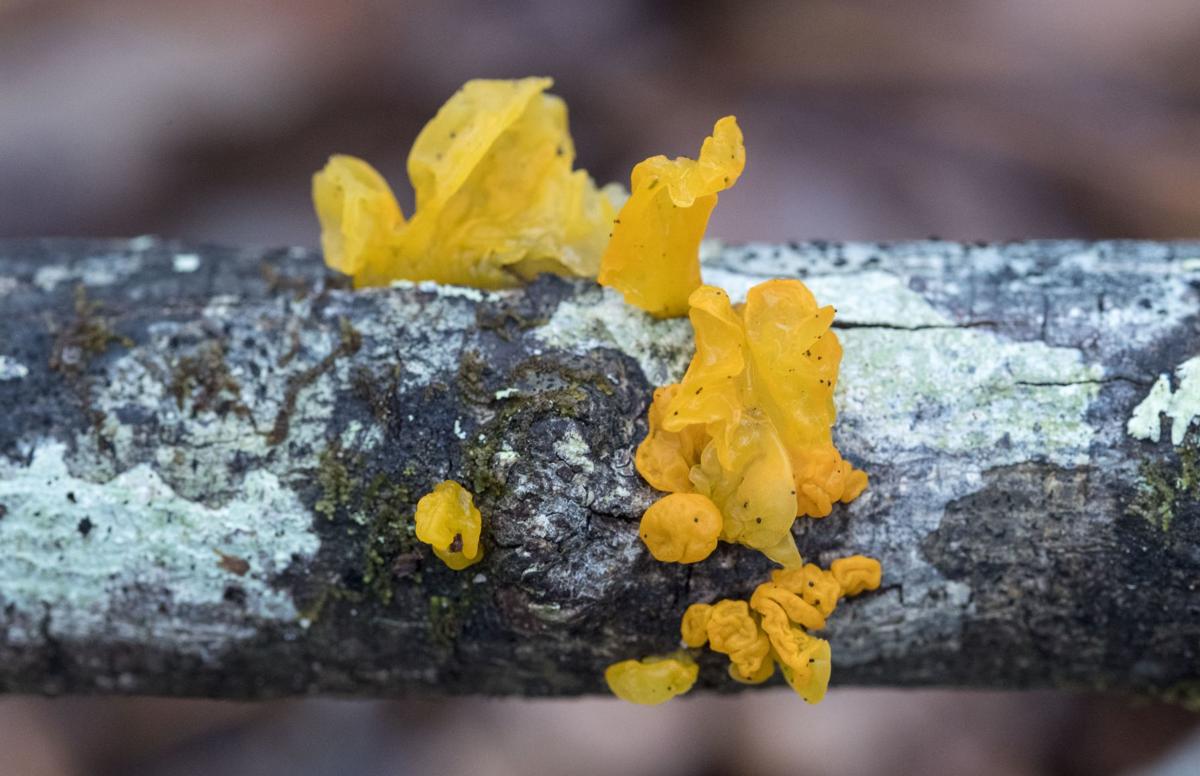 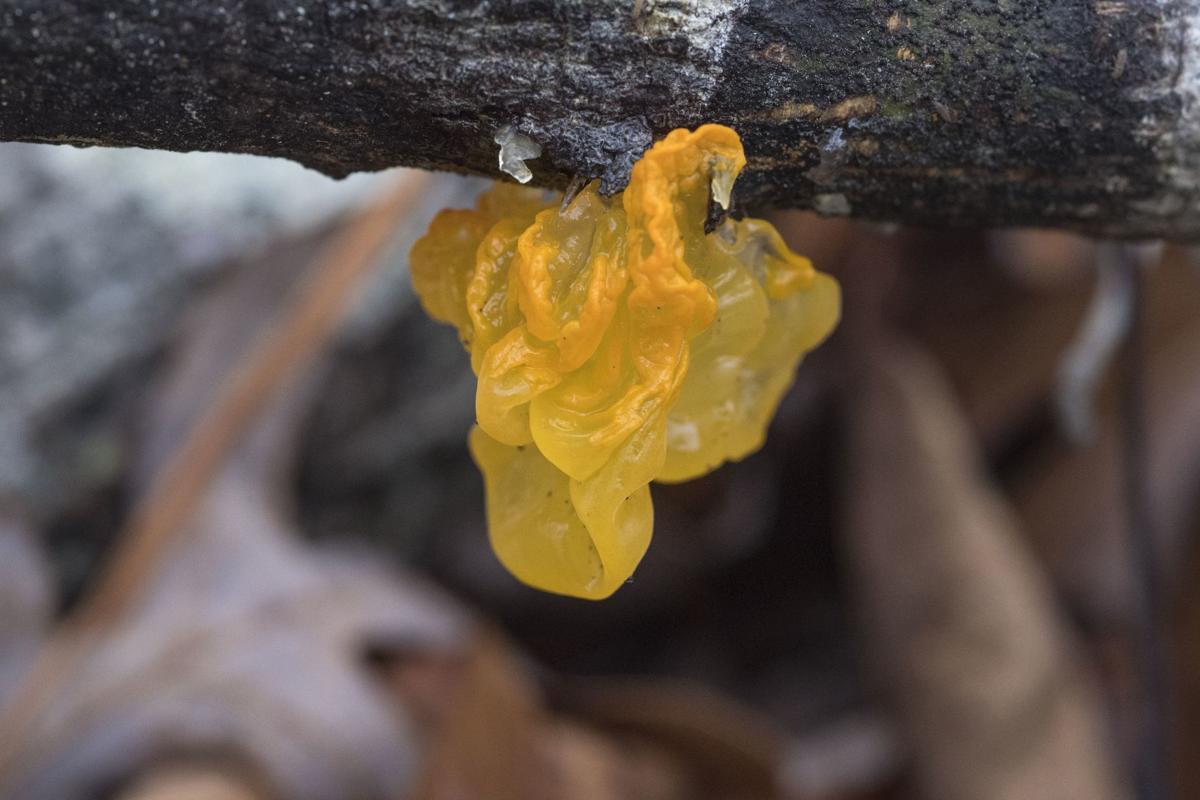 Witch's Butter is actually a fungus that feeds on another fungus 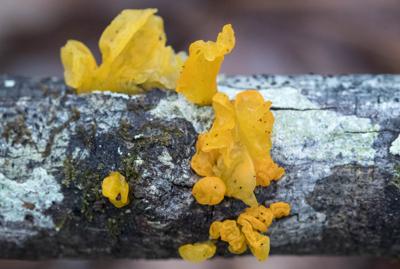 Witch's Butter is actually a fungus that feeds on another fungus

This common name for the common woodland species Tremella mesenterica is a fantastical moniker for a wild, yellow “jelly fungus.”

Butter is pale yellow but looks nothing like bright yellow Witch’s Butter. Just no telling how witches got involved.

You’ve probably seen this fungus before, but you may not have paid much attention because it is small. Witch’s Butter typically grows between 1/2 to 1-1/2 inches long. It has been described as “smooth lobes” or “brain-like.” It is bright yellow to yellow-orange, gelatinous, fleshy, wavy structures often bunched together. When wet, it appears shiny or greasy. The yellow lobes are actually the fungus’ fruiting bodies.

Usually, you see Witch’s Butter on dead hardwood that still has its bark attached.

Witch’s Butter is most often found during the cooler months after an extended rain. If you go out into the woods around Lake Martin on a wet day and look at branches on the forest floor, it won’t take too long to spot some.

Very often, this fungus appears on deadwood branches still attached to trees, though people usually don’t see it until the branches snap off the tree and land on the ground.

By the way, fungi – including jelly fungus, mushrooms, yeasts and molds – are members of a separate kingdom of living organisms from either plants or animals. So it’s not proper to call Witch’s Butter or any fungi a “plant.”

While it may appear that the yellow jelly-like lobes are growing from the deadwood itself, Witch’s Butter is actually a parasite feeding on another fungus, not the wood. It feeds on a “crust fungus” or member of the Peniophora genus that is usually hidden beneath the bark of the dead branch.

Witch’s Butter is found all around the world, though it is concentrated in the eastern half of North America and in Western Europe. It is also found in Asia, Australia, Africa and Central and South Americas.

In Eastern Europe, folklore has it that if you find Witch’s Butter on the entrance to your house or your gate, it is a sign that you’ve been put under a witch’s spell. And if you poke straight pins into the Witch’s Butter, you can break free of the spell by allowing all the inner juices of the fungus to leak out. Like many old wives’ tales, it would be hard to prove or disprove that sticking fungi with a pen relieves you from a malicious spell, but one thing is certain: It can’t be good for the Witch’s Butter.

Other common names for this organism include Yellow Brain Fungus, Yellow Trembler and Golden Jelly Fungus. The name Witch’s Butter is also used for several other species besides Tremella mesenterica, including a yellow-look alike that lives on conifer trees – and a brown jelly fungus called Exidia glandulosa.

Witch’s Butter grows on the dead branches of deciduous trees during wet weather, but when there’s dry weather, the fungus deflates into a hard, flattened crust and turns a dark orange color. When the weather turns wet again, Witch’s Butter can rehydrate and regain its bright yellow, fleshly look. This process is repeatable many times.

This fungus is edible, but flavorless. It is used in China to thicken soup and could be consumed in a survival situation, but it’s probably not on any mushroom hunter’s list.

Witch’s Butter is currently being researched and has shone some potential to be used in medicines that stimulate the human immune system, work against diabetes and inflammation, fight allergies and have other uses. In China, there have been several medical patents filed that use Witch’s Butter to prevent cancer.

Some information for this article came from Alabama Mushroom Society, University of Wisconsin-La Crosse, Messiah College and inaturalist.org.

One day it rains, and the next day – POOF! – white puffballs appear, like magic, on the lawn.