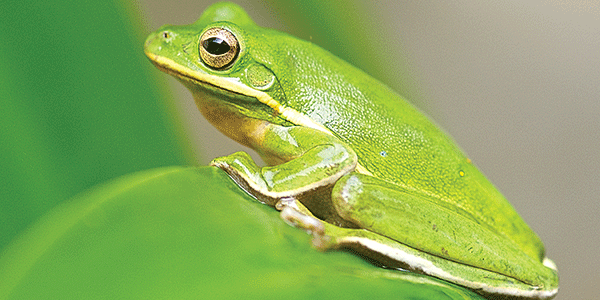 The green tree frog is just one of the treasured natural resources of Alabama. Photo by Kenneth Boone 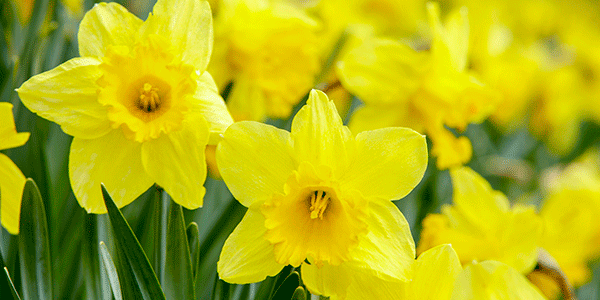 The green tree frog is just one of the treasured natural resources of Alabama. Photo by Kenneth Boone

Alabama is a beautiful state with no shortage of natural resources. Many folks from other parts of the country may not realize what a treasure we have here; however, Alabamians are not immune to recognizing the wonderful flora and fauna that span our diverse state. Though most acknowledge we have a beautiful landscape, from the mountains of the northeast to the shores of the southwest, a dedicated few have embarked on an educational journey to expand their understanding of the great natural diversity found in Alabama.

The journey to which I refer is the Master Naturalist Program. Through Alabama Master Naturalist, adults can participate in a multi-week class covering a multitude of interesting topics within the scope of Natural Resources. This program had been popular in the past but has not been hosted in central Alabama in several years. Recently, Tallapoosa County Extension Coordinator Shane Harris re-launched the program locally. The wonderful staff at Wind Creek State Park has been instrumental in providing a suitable facility and beautiful backdrop to those enrolled in the program.

The first class was held in early October, as the leaves began to change color. Alabama Co-op Extension/4-H Natural Resource State Specialist Doyle Keasel led the program off with some basics in botany, specifically looking at grasses, forbs and other plants native to the East Central Alabama area. Keasal provided course participants some insight into the historical uses of many of these plants. Participants familiarized themselves with the use of a dichotomous key; they ever so carefully lookedat each characteristic of individual plants and systematically used the key to identify specific species.

During the second session with the Master Naturalist group, we discussed aquatic resources. Few realize how great Alabama’s water resources truly are. There are 14 river basins that form the waterways of Alabama, and there are more than 132,000 miles of rivers and streams across the state.

Although we are only one state, 10 percent of freshwater resources in the lower 48 states either flow through or originate in Alabama. Participants in our group were shocked to find out that we have the highest biodiversity of freshwater fish of any state – 332 species to be exact. Not only does Alabama lead in fish diversity but also our state ranks No. 1 in number of crayfish, snails, turtles and mussels. This is why it is so important to monitor and protect Alabama’s waterways. The Alabama Water Watch Program is a great way for any citizen to volunteer and help monitor local streams, creeks and reservoirs.

At the third meeting, participants discussed the vast forestlands of Alabama. Attendees learned that almost 70 percent of the state is covered in forested land, approximately 23 million acres. This ranks Alabama as the third most forested state in the contiguous United States. Even more impressive is that nearly 87 percent of that land is privately owned.

Alabama also exhibits great diversity of soil types and topography across the state. This diversity of geography leads to a mixture of both hardwood and pine forests. The most prevalent forest type is that of loblolly pine, due primarily to the use of this species in timber production. Mixed upland and oak-hickory forests are the next most common forest types in our state.

Class four of the program took place in early December. Keasel led the morning session with a presentation on the diversity of mammals found in Alabama, covering everything from Odocoileus virginianus (white-tailed deer) to Myotis grisescens (gray bat) and all others in between. The afternoon session included a lesson in ornithology (the study of birds).

Anna Tucker, a graduate Ph.D. student from Auburn University, graciously came and gave the class a crash course in bird watching and basic ornithology. She introduced many in the class to a birding field guide, which shows key characteristics of individual species, as well as their native range. She also went in depth on how to identify by sight and sound several of the songbirds and raptors that we have in the state. This required teaching the class the different parts of the birds for visual identification using field guides.

Following Tucker’s presentation, I made a presentation on the variety of waterfowl species that use the rivers, lakes and wetlands across the state. The class was educated on over 20 different species of waterfowl, learning their diets, migration patterns and, most importantly, how to identify each of the species through visual characteristics.

Many of the folks were intrigued with specimens brought in by herpetologist David Laurencio during the fifth class. Laurencio showed the class a plethora of amphibians and reptiles for participants to examine closely. He provided an in-depth presentation on the diversity of herpetofauna found across the state. Marbled salamanders and green tree frogs were just two of the species that class participants were able to inspect in person. In addition, Laurencio presented information on the population ranges, habitat requirements and even identification of amphibians by their appearance and mating calls.

The master naturalists were intrigued by volunteer opportunities to assist biologists in documenting species occurrence and abundance through projects such as the Alabama Herpetological Atlas Project and FrogWatch USA. Laurencio, who works at the Auburn University Museum of Natural History, is strongly involved in connecting Alabama citizens to each of these programs. Without the help of volunteers from across the state and country, biologists would have greater difficulty mapping out where all of these neat little creatures pop up. The help of volunteers also allows biologists to see if any species are disappearing from areas in which they once occurred, thus aiding in the conservation of several important species.

This journey through the Master Naturalist Program is nearing an end in Tallapoosa County. Participants have enjoyed the experience and are looking forward to the final three classes. The remaining topics to be covered include geology and climate; Alabama’s historic cultural landscape; and a study of invertebrates and the roles they play in the ecosystems.

Over the duration of six months, participants in this program will have had an in-depth learning experience, resulting in an increase in their knowledge and understanding of the natural world around them.

Anyone interested in being part of this program in the future should contact the local Alabama Extension Office.

~ Jordan Graves is Regional Extension Agent in Forestry, Wildlife and Natural Resource Management for the Alabama Cooperative Extension System. Contact him at 334-749-3353.