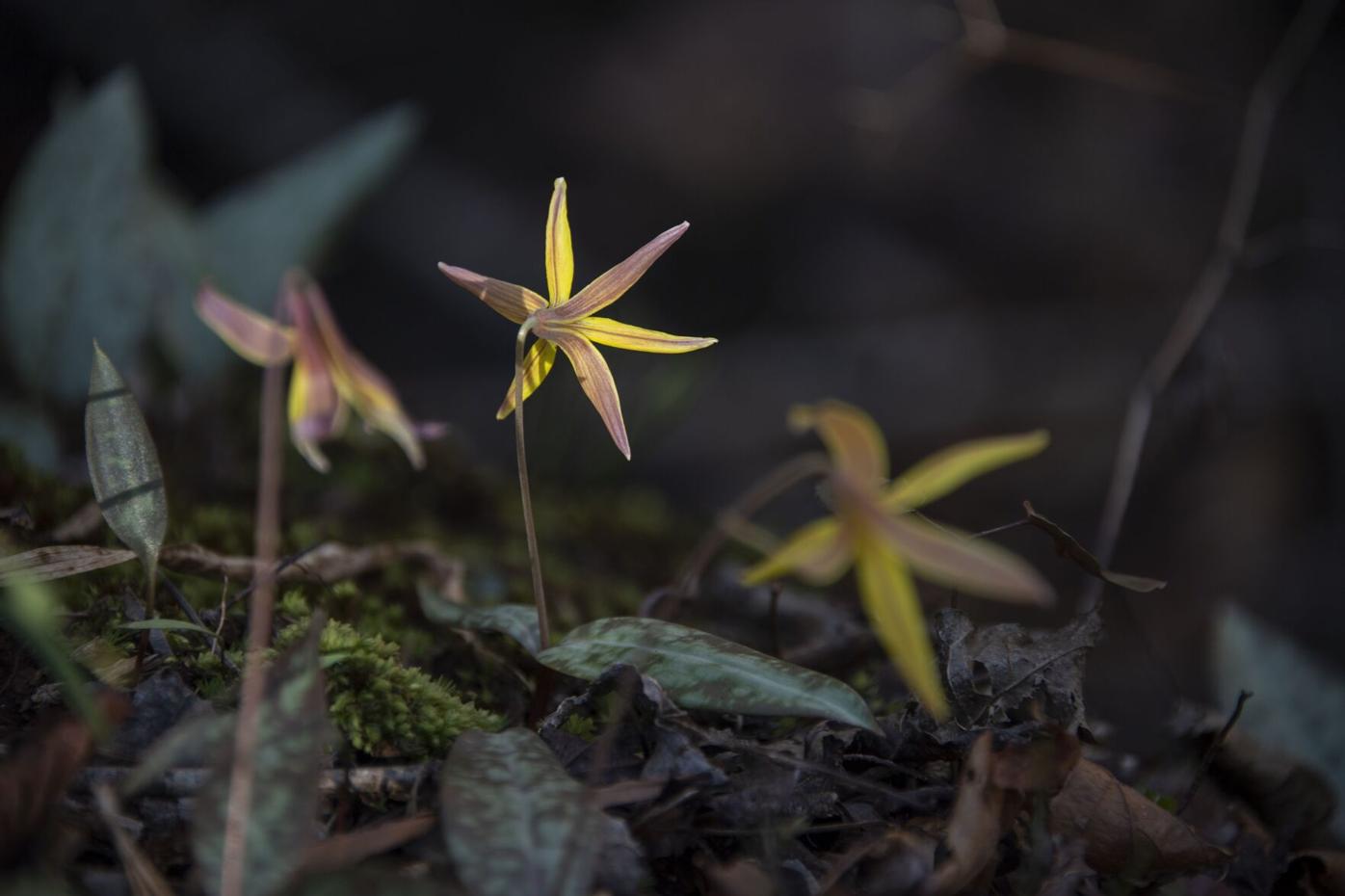 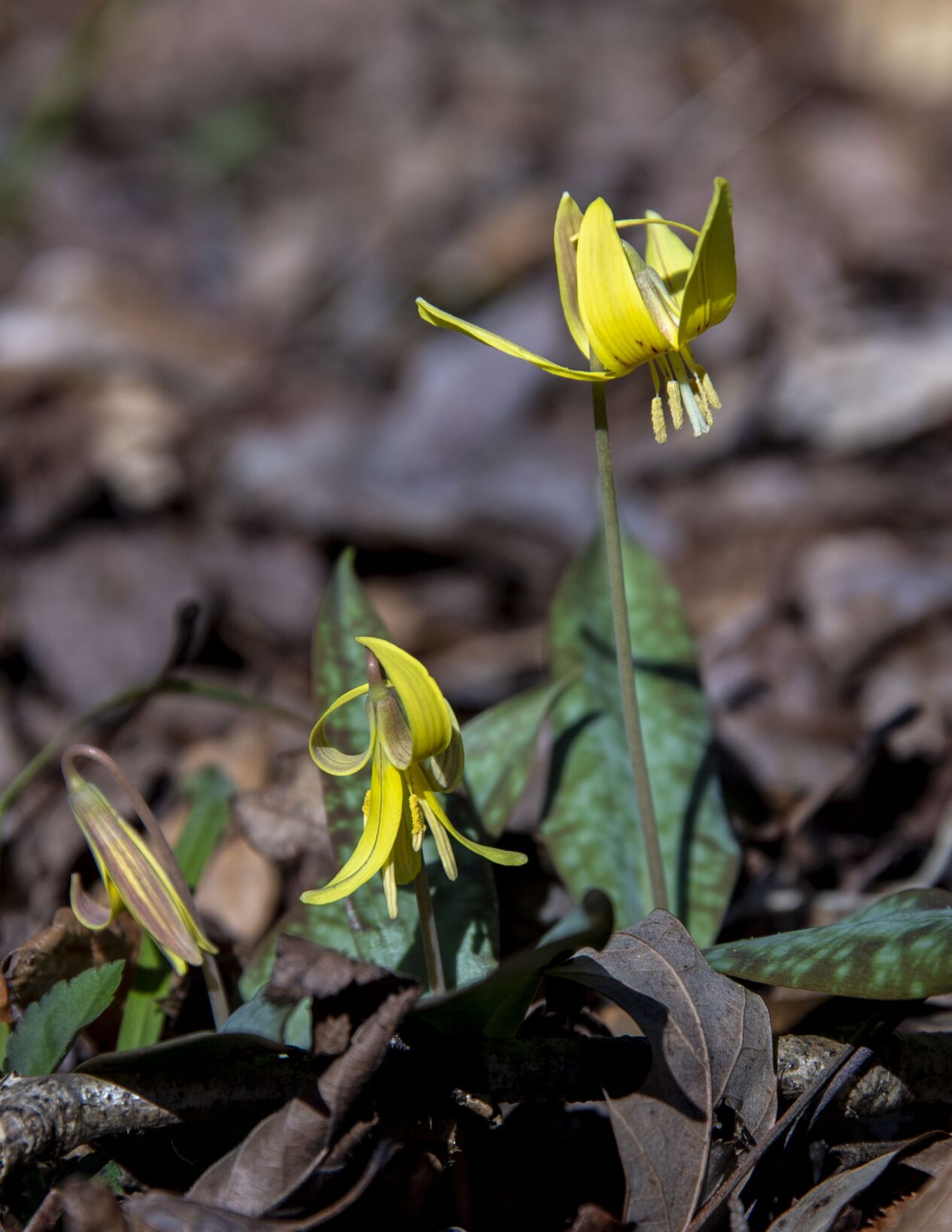 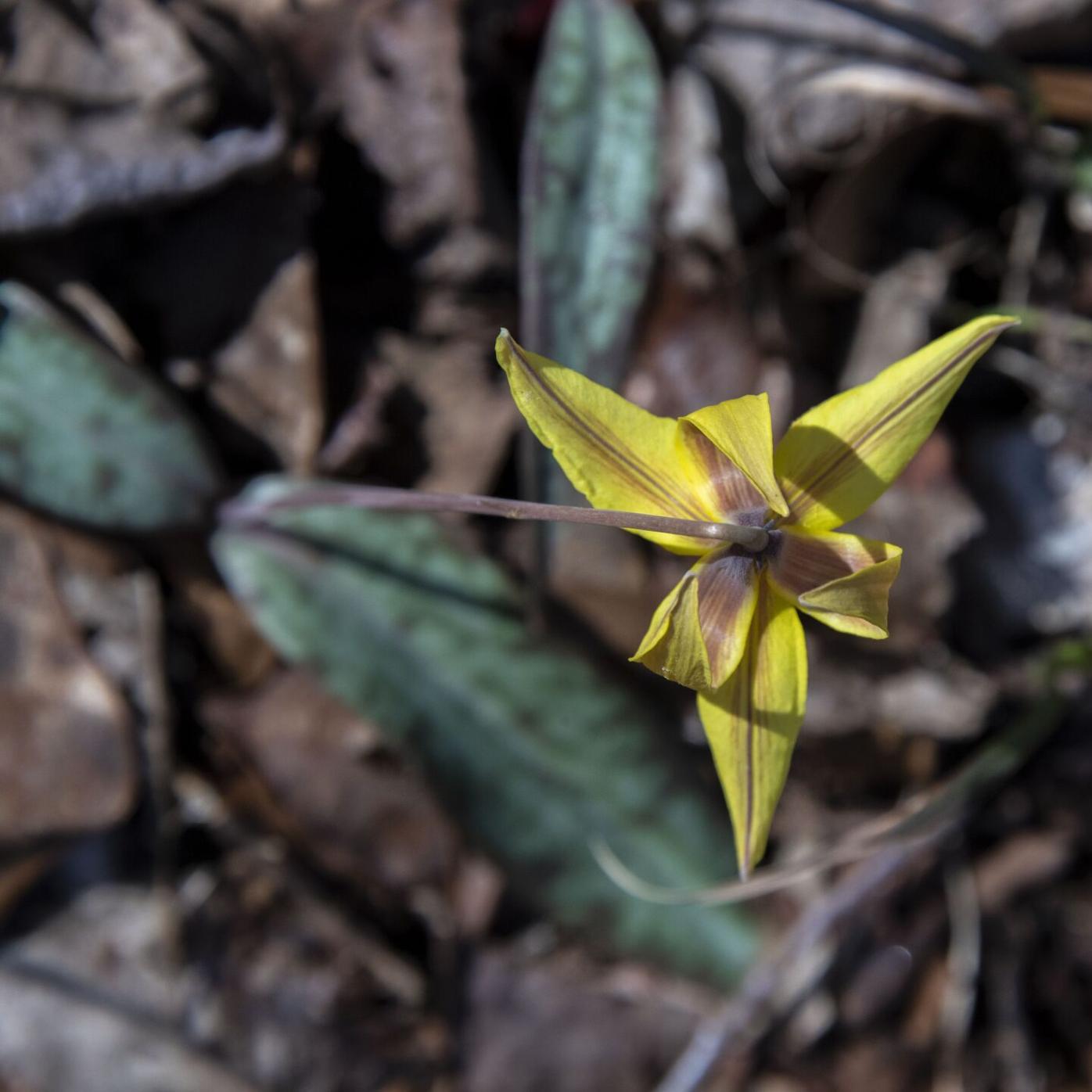 One of the first spring flowers to bloom on the forest floor around Lake Martin, the Trout Lily is a beautiful, delicate and diminutive native flower.

But what it lacks in size, it makes up for in numbers. Trout Lilies form colonies, so if you see one, you’ll likely see many more nearby.

They typically bloom during the first weeks of March in moist hardwood areas like oak bottoms or along creek banks. By blooming before the hardwood trees leaf out, these plants take advantage of the sunlight on the typically dark forest floor. The Trout Lilies in this article were photographed on March 6 along the John B. Scott Forever Wild hiking trail, just below Martin Dam.

This lily is an Alabama native in the Piedmont – where Lake Martin is located – and the more mountainous Alabama regions to the northeast. By the way, the name “Piedmont” comes from the Italian word for “mountain foot” or foothills, a very appropriate term for our geographic region since the Appalachian mountain range ends in Tallapoosa County.

Trout Lilies are also found in hilly and mountainous parts of the eastern U.S., from Canada to Georgia and west to Mississippi, Oklahoma and Minnesota.

The Trout Lily is petite for a lily, usually between 6-10 inches at maturity. This plant is delicate and easily squashed by a careless walker, which is a big deal because it takes seven years to mature.

This lily gets its common name from its leaves, which are pale green or gray mottled and spotted with darker greens, browns or even maroon colors. Some people think it looks similar to the coloring on a trout.

It is also known as American Trout Lily, Adder’s Tongue, Dog-Tooth Violet and Yellow Dogtooth Violet, and sometimes, it is spelled “Trout-lily.” The name dogtooth refers to this plant’s bulb’s appearance, which is small, white and pointed.

The Trout Lily is edible in small quantities, though it is not very useful. That’s because this plant is also emetic, which means if you eat a lot, it will make you vomit – a fact that could be medically useful if you need to throw up. Emetic agents are often given to people who have accidentally ingested something poisonous.

Even so, Trout Lily bulbs (or corms) are said to taste like cucumbers and are a good addition to a foraged salad. All parts of the plant are also used to brew a mild tea.

Trout Lilies can make huge colonies – some colonies are thought to be more than 300 years old – that can blanket the forest floor in the spring when brown leaves are predominate; however, its early spring colors are short-lived because this plant appears for only six to eight weeks each year before its aboveground parts wither away until the following spring. Because of this, the Trout Lily is known as a spring ephemeral plant.

Trout Lily leaves are bluish-green with a brown or maroon splotchy pattern. The mottled pattern can appear distinct or faded. This plant’s leaves are stiff and waxy with a lance shape that ranges from 3-6 inches. The leaves come straight out of the ground on a young trout lily, leaving this slow-growing plant with no stem. It has a single leaf and sterile bulbs or corms.

At roughly age 7, this lily will produce two opposite leaves and send up a single stalk topped with a solitary flower.

The yellow, nodding flower has three sepals and three petals. The sepals or outer petals are yellow on the front and may have reddish-purple backs, while the true petals are yellow. The flower throats are sometimes speckled with reddish-purple as well. It is called a “nodding” bloom because the stalk bends over near the flower base and causes the bloom to face downward.

The petals and sepals open and curl backward during daylight hours – toward the sky – to expose six stamens hanging below the flower. At night the flower closes.

The Trout Lily flower includes both male and female organs; however, this plant is not efficient at sexual reproduction. Only one of every 10 pollinated flowers produces viable seeds. Those that do, depend on ants to distribute their seeds.

More often, the Trout Lily reproduces by sending out runners, which account for the close-packed colonies. Their bulbs can be as deep as a half foot to even a foot underground, but the mother plant will send out thread-like roots for several inches that develop new bulbs at their ends. Those bulbs eventually become new Trout Lilies, and the colony spreads.