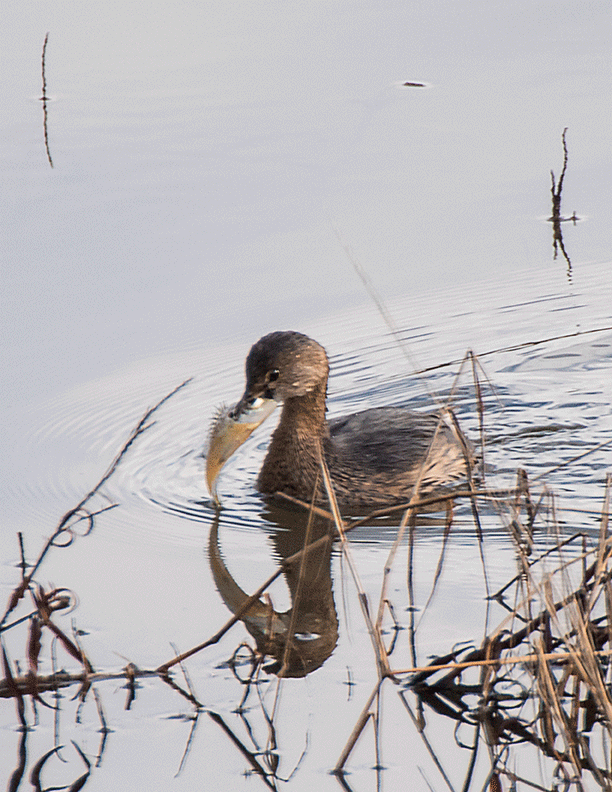 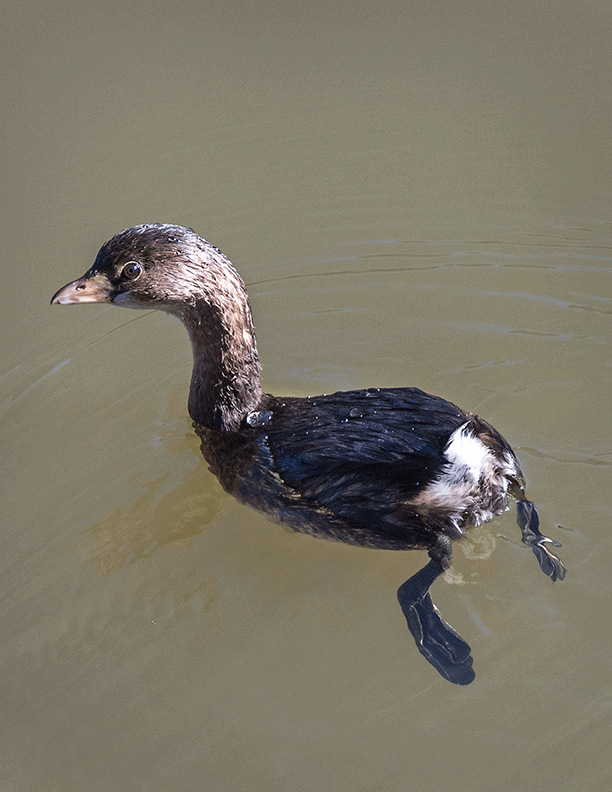 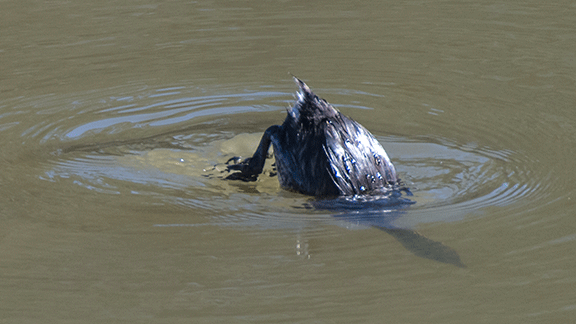 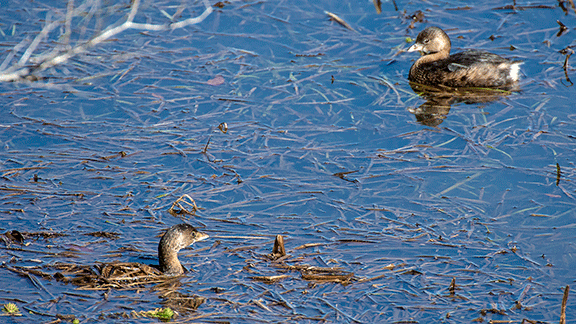 Grebes winter in places like Lake Martin where water doesn’t freeze over. Photos by Kenneth Boone

Grebes winter in places like Lake Martin where water doesn’t freeze over. Photos by Kenneth Boone

Flamingo’s cousin is known for its cooing and gobbling

Grebes get no respect.

First of all, they look a lot like a duck – one of the most popular birds on the planet – but they’re not. You hear “duck, duck, goose” all the time. When was the last time you heard “grebe, grebe, rail?”

(If you did hear anybody mention this quiet little bird’s name, it would sound like “greeb,” not “gree-bee” – the first “e” is long; the second is silent.)

Though these little birds look a lot like ducks from a distance, their feet aren’t webbed; they have almost no tail; and they are typically described as “small and stocky with short necks.”

But that’s a look from a distance. Up close, these one-of-a-kind, cute water birds make up for their non-glamorous appearance with aquatic athleticism and impressive adaptability.

Of the seven species of grebe in North America, the Pied-billed Grebe is the most common. Pied-billed Grebes live throughout the Americas, from northern Canada to the southern tip of South America – a range that encompasses roughly 21 million square kilometers. As if that’s not a large enough area, one adventurous pied-billed grebe was spotted in the Galapagos Islands, and others have been seen in Hawaii and Europe.

They are highly adaptive to different environments, living from sea level to 8,000 feet of elevation in fresh, brackish and sometimes even in salt water. Pied-billed grebes seem to prefer fairly still or slow-moving water where they forage for crayfish and fish and almost anything else they can capture, from insects, frogs and salamanders to shrimp, snails and crabs.

Grebes winter in places where the water doesn’t freeze, so central Alabama is a popular winter location in the grebe world. Many pied-billed grebes live as year-round residents here on Lake Martin and our surrounding ponds, while those that visit for the winter migrate back to the cooler climates in summer.

They are not particularly afraid of buildings or piers but do tend to shy away from movement, loud noises and human activity. During the summer breeding season, these birds become very secretive.

Pied-billed Grebes grow to 15 inches long with a 2-foot wide wingspan and a maximum weight of 1-1/4 pounds. Both males and females are brown, with lighter underparts and darker brown backs. They have thin necks, especially in comparison with a fairly large round head.

The grebe’ss chicken-like bill becomes gray-white with a black band (hence the name pied-bill) during the summer breeding season; the remainder of the year, the bill is more yellowish brown.

A vocal bird, Pied-billed Grebes are known for making a number of bizarre calls, which have been described as cooing, whinnying or gobbling or similar to that of the yellow-billed cuckoo.

Although it’s hard to believe, recent DNA tests have shown that grebes are probably most closely related to flamingos.

Unlike their lanky pink cousins, Pied-billed Grebes are excellent swimmers and divers with at least three physical traits that help them in the water. First, they don’t have webbed feet – instead their toes have paddle-like lobes on either side that act as tiny swim fins. A second swimming aid is the position of their legs way back on the rear of their bodies – the same place boat makers put their engines for the same reason. Finally, Pied-billed Grebes have the ability to capture and hold water in their feathers, which allows them to control their buoyancy to the point where they can sit high on the water like ducks or sink so low that only the top of their heads are above water to hide from predators.

Bodies highly adapted for swimming are a disadvantage on land and in air, so grebes – poor fliers and wobbly walkers – spend most of their time in the water.

Carl Linnaeus, the father of taxonomy, was highly aware of this in 1758 when he dubbed this bird Podilymbus podiceps, a name derived from the Latin words for “feet at the buttocks” and “diver.”

During breeding season, male Pied-billed Grebes will lift their breasts out of the water and jerk their heads in courting displays, or swim very fast just below the surface, leaving a distinctive set of ripples to impress their potential mates. If they feel threatened, they will often attack other males and other species of birds by sneaking up on them from underwater.

Both partners build a nest on floating vegetation along the shoreline, usually in water deeper than 9 inches, which allows for quick underwater escapes in case the nest is attacked. Female Grebes sit on their clutches of 2-10 bluish- or greenish-white eggs to incubate them for three to four weeks.

During that time, if a mother leaves the nest, she will often cover the eggs to hide them from predators. A Grebe can have two or possibly three broods each year.

When the chicks hatch, they are initially poor swimmers, and the family abandons the nest the day all the chicks hatch. So for the first three weeks of their lives, Pied-billed Grebe chicks climb onto the backs of mom or dad and hitch rides around the pond. Parents can dive and forage with their chicks clamped under their wings, though it’s not uncommon for the babies to work free and pop to the surface.

Baby Pied-billed Grebes don’t look exactly like mom or dad. Instead of a drab brown, these baby birds wear black and white stripes on their faces.

The biggest threat to Pied-billed Grebes is habitat loss and the draining or development of wetlands. Nearby human activity has been known to cause Pied-billed Grebes to abandon their egg-filled nests, and large boat wakes can destroy nests.

So give Lake Martin’s grebes the respect that they deserve and please think twice before operating big-wake boats near the back of still-water sloughs.

Some information for this article came from Cornell University’s website, AllAboutBirds.com, the Audubon Society and the U.S. Wildlife Department.