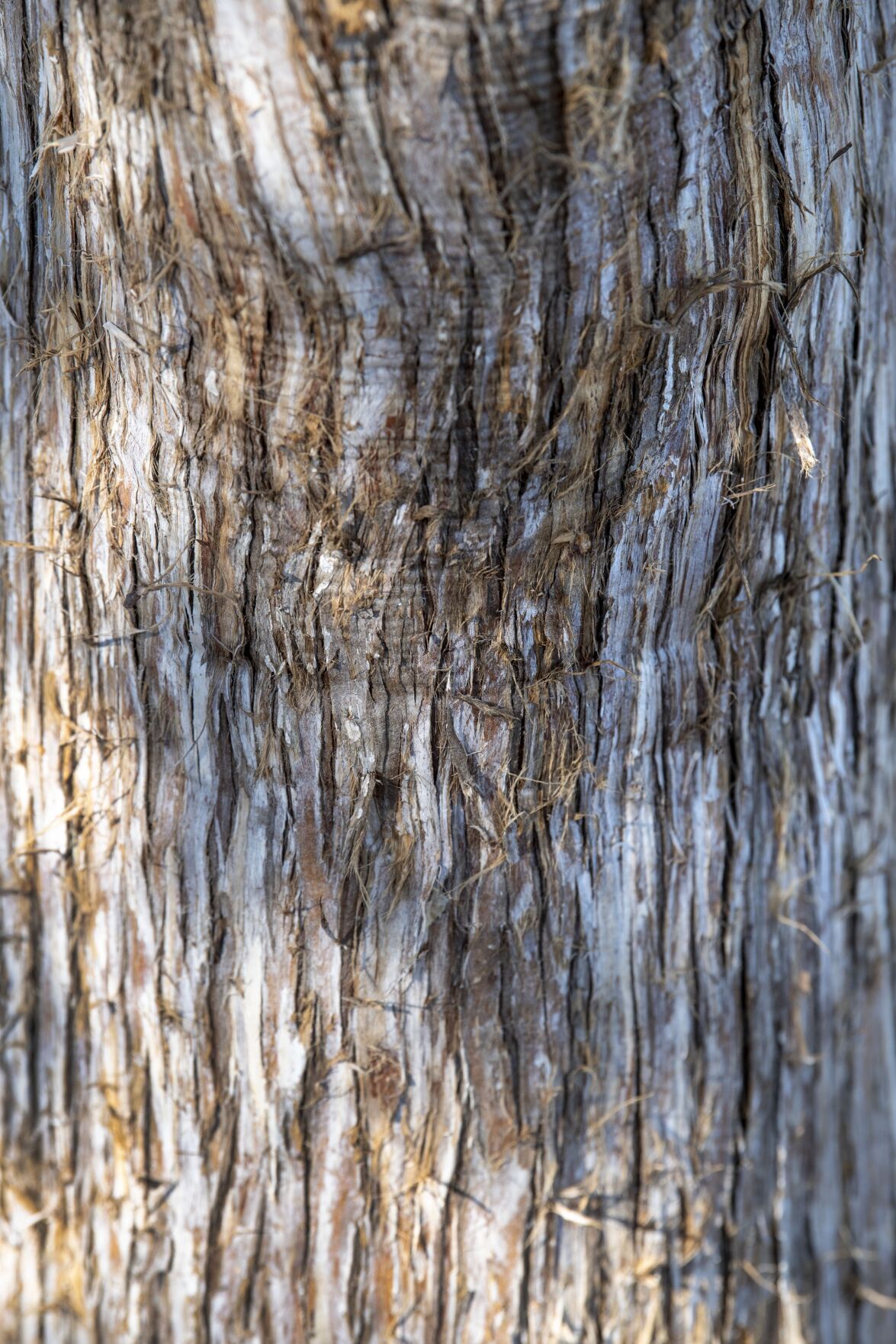 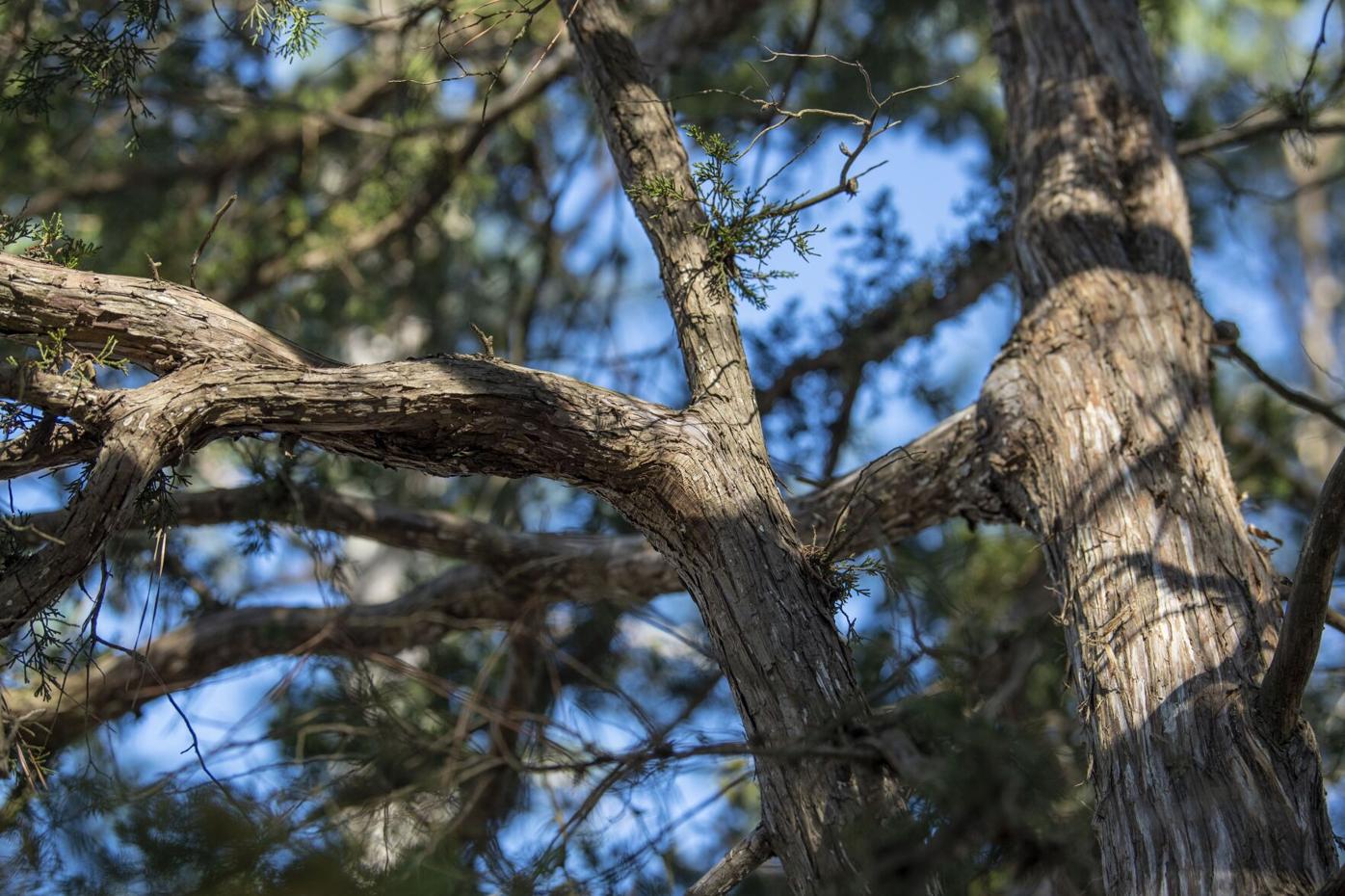 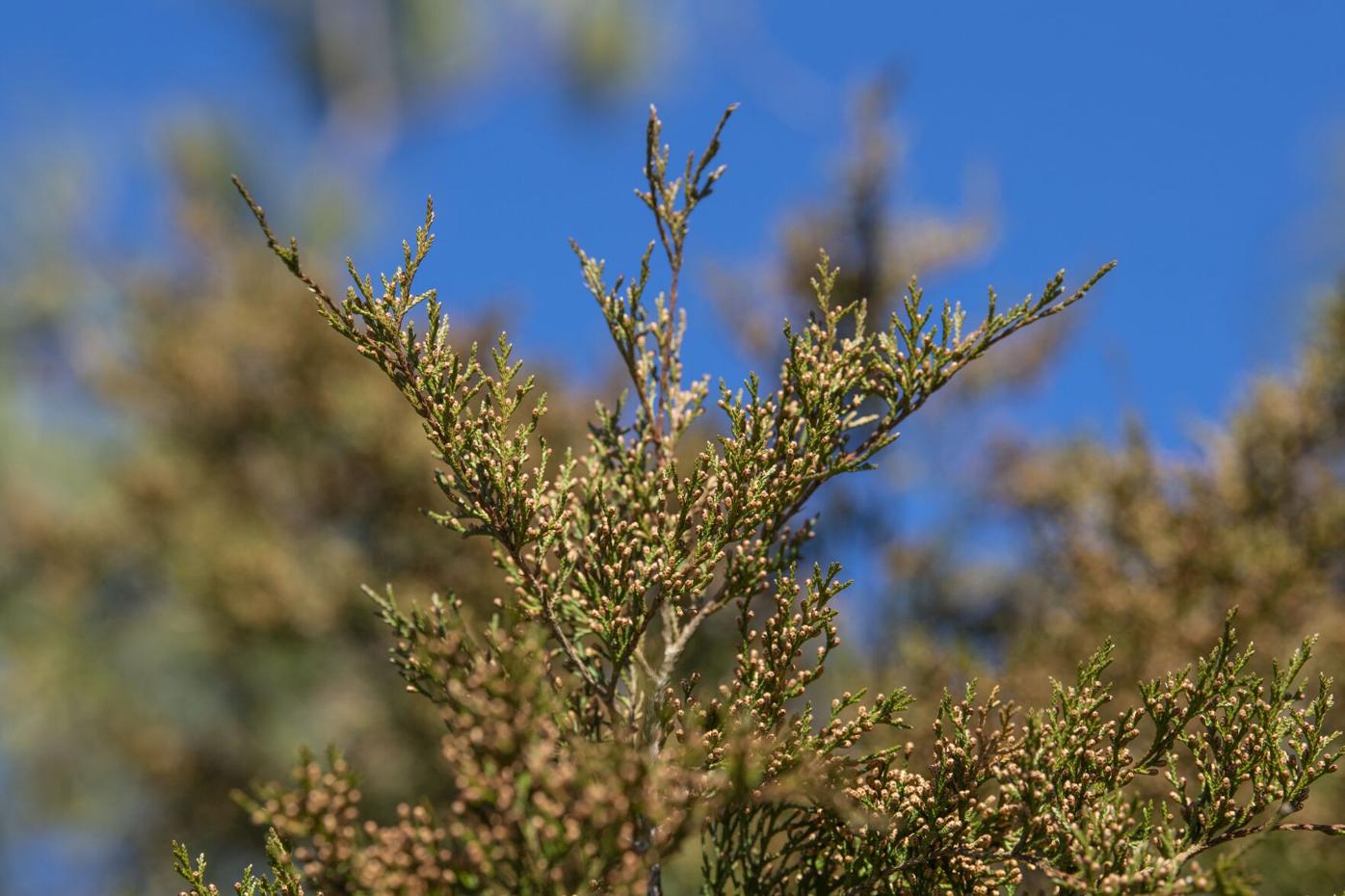 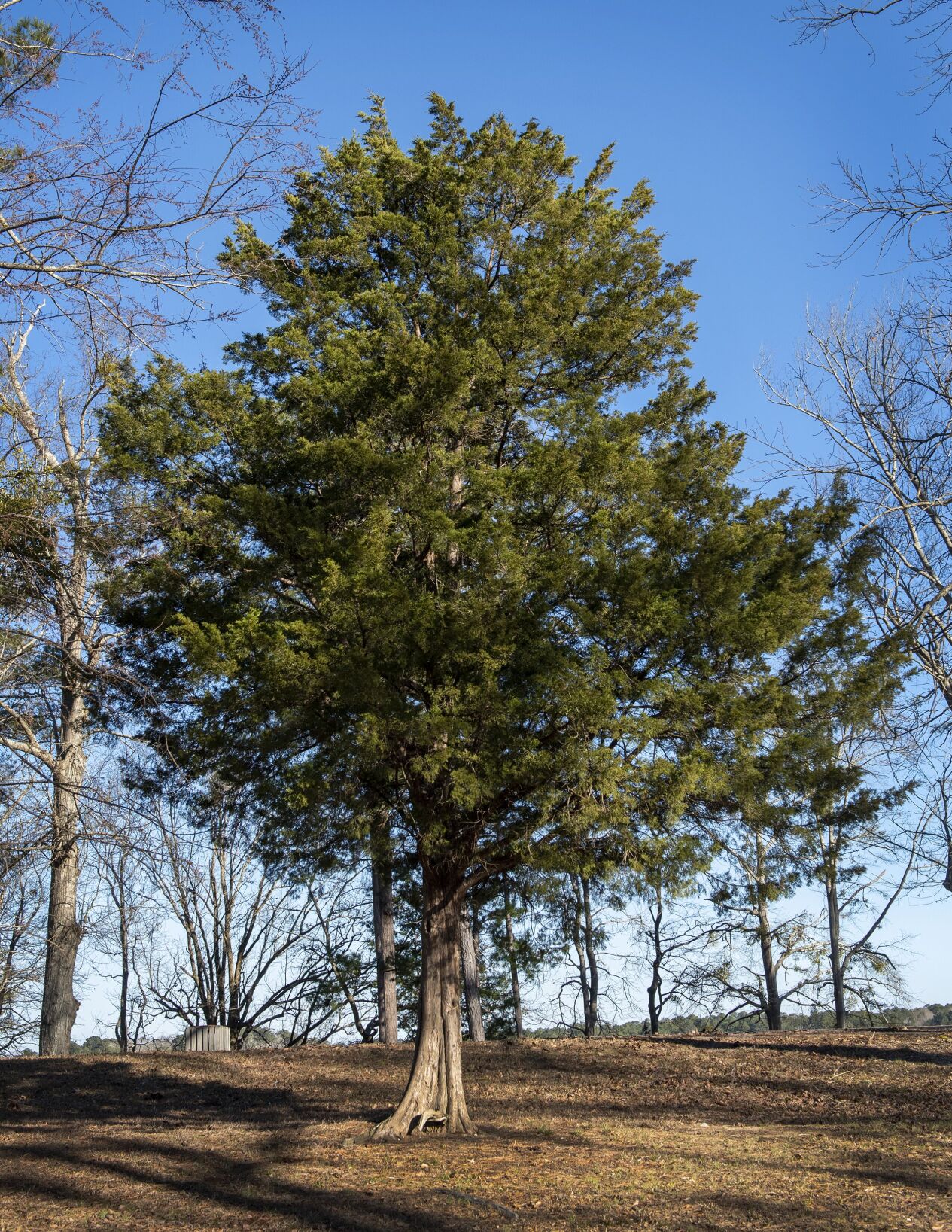 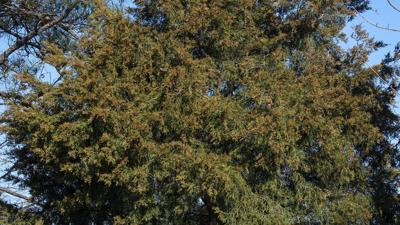 This time of year, the Eastern Red Cedar around Lake Martin sticks out like a sore thumb … if it was a green thumb. That’s because Eastern Red Cedars are one of the few evergreen trees common in our winter forests that are not members of the pine, holly or magnolia families. Unfortunately, this tree isn’t a cedar either.

The Eastern Red Cedar is actually a juniper. Its scientific name, Juniperus virginiana, leaves no room for doubt.

There are no cedar trees, members of the Cedrus genus, native to North America.

But way back in 1564, Arthur Barlowe and Phillip Amadus, who had just arrived on Roanoke Island, Virginia, from Europe, reported that the New World had “the tallest and reddest cedars in the world.” And the name stuck.

That was a big deal because ‘cedars’ have a reputation of being valuable trees since their wood is very resistant to rot.

Colonial woodworkers got busy making Eastern Red Cedars into all types of long-lasting products that needed to stand up to the elements over time: cabins, fence posts, coffins and furniture to name a few.

For over a century in the 1800s and early 1900s, red cedar wood became the primary wood used for making pencils in North America.

Eastern Red Cedars are common. In fact, they make up the majority of the trees in many areas of the state, especially west central Alabama.

Here around Lake Martin, they make up a smaller portion of the overall forest. But across its native range of 37 states stretching from the eastern seaboard to Texas and from Canada to Florida, the Eastern Red Cedar has the undisputed title of the most widely distributed conifer in the forest.

One reason is that this tree can live in most types of soils: water-holding clay, well-drained sandy and loamy soils, rich soils, poor soils, alkaline soil, rocky soils and wet, swampy soils, even salty marshes and coastal sand dunes. It can handle floods and droughts and is known as a pioneer tree that will be one of the first to grow in abandoned fields and clear-cut areas. It thrives in Hardiness Zones 2 through 9.

Eastern Red Cedars are also tolerant of high winds, which led them to be widely planted in the U.S. to create wind breaks used to counteract the dust bowl conditions in the 1930s.

This tree starts out life with a long taproot, but as it matures, it produces masses of shallow roots that allow it to stay upright in rocky areas with little topsoil.

It grows 1 to 2 feet per year on a single trunk and, with no competition, will develop a pyramid or column shape. This tree is very adaptable and will produce branches wherever it can get the six hours of sunlight per day it needs, filling in open areas and even wrapping around other trees.

Male and female trees are separate and distinct. In late winter, both trees bloom but the female produces green flowers and the male flowers are yellow. Female trees make blue ‘berries’ that are actually small, fleshy cones in the spring, while the male trees make brown, pollen-filled cones. Wind spreads the pollen from males to the females.

The foliage of this tree is scaley and sticky and can be fine or coarse. It is greenish and can vary from gray-green to blue-green. It can be bright green or dark. In the winter months, it can appear bronze-green.

Red cedar heart wood is, in fact, a beautiful red and contains an oil that is a natural insect repellent. That’s why many old closets, wardrobes, chests and trunks were lined with Eastern Red Cedar – it protects woolen clothing from moths. The aromatic wood is also shaved and used as kennel bedding to protect family pets from fleas.

Here in the deep South, Eastern Red Cedars were traditionally used as Christmas trees before modern transportation brought faster-growing spruces to the South that had stouter branches better suited to holding up heavy Christmas ornaments.

Eastern Red Cedars are important to many birds, including the cedar waxwing, which takes its name from the tree. Many other birds and small mammals also eat the berries, take shelter in the tree’s branches and use its twigs for nesting material.

Although the berries are mildly toxic to people, Native Americans have used them for centuries for a number of medicinal purposes, including making tea to treat coughs and chewing them to treat canker sores. Creeks and Choctaws in our area drank oil from red cedar berries to treat dysentery. Red cedar concoctions were also used to treat colds and rheumatism and to promote recovery from childbirth. Burning Eastern Red Cedar leaves and twigs produced a smoke that was inhaled to treat bronchitis and colds.

Some people today make a tea from berry-less twigs simmered in water for 10 minutes and strained but, again, it is mildly toxic and should only be used in small quantities. Ingesting too much Eastern Red Cedar will cause diarrhea.

One of the most famous uses of juniper ‘berries’ is to flavor gin, but that is from a related tree, not the Eastern Red Cedar.

Other common names for the Eastern Red Cedar include Red Juniper, Pencil Cedar, Red Savin, Baton Rouge (which means ʻred stick̓ in French), Virginia Juniper. Sometimes you will see its name written as one word: Redcedar.

Some information for this article came from the Lady Bird Johnson Wildflower Center, the Piedmont Master Gardeners and the Arbor Day Foundation.