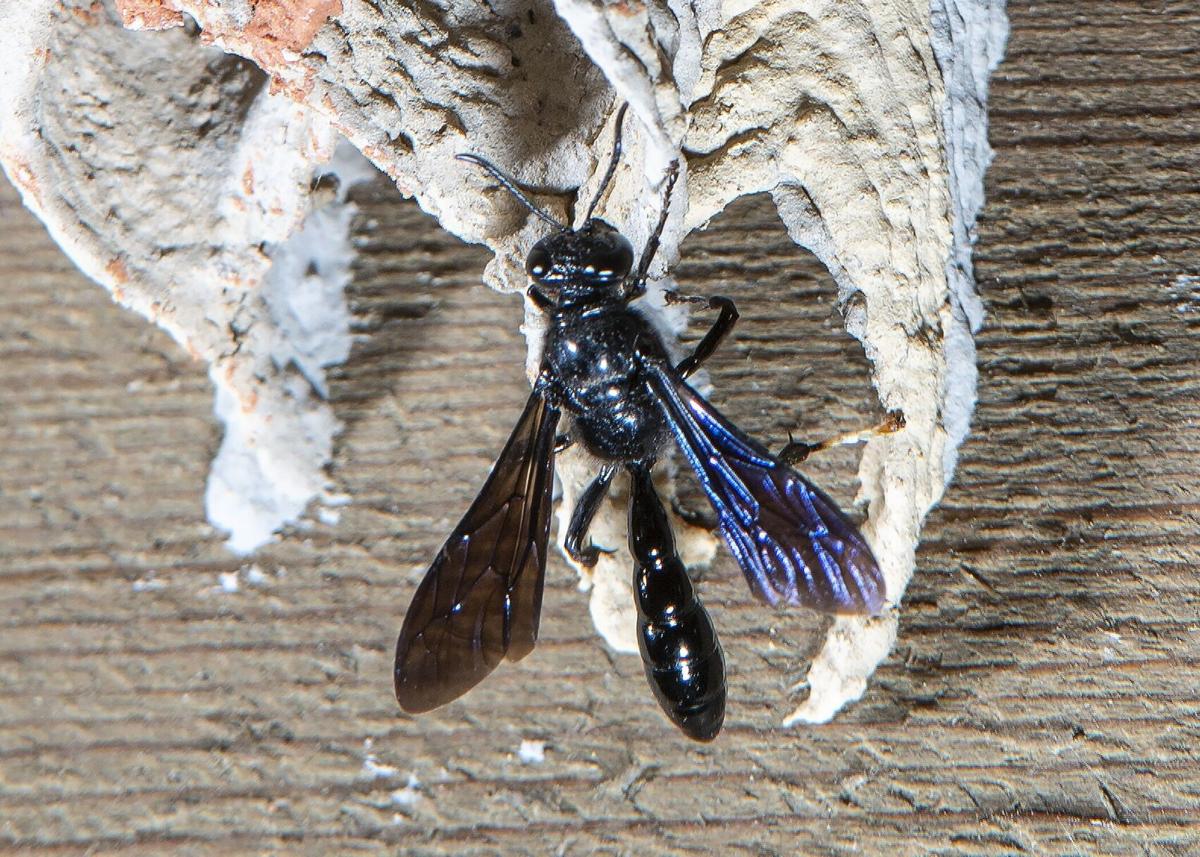 Though ruthless in nature, the dirt dauber is docile around humans and actually helps to control spider populations 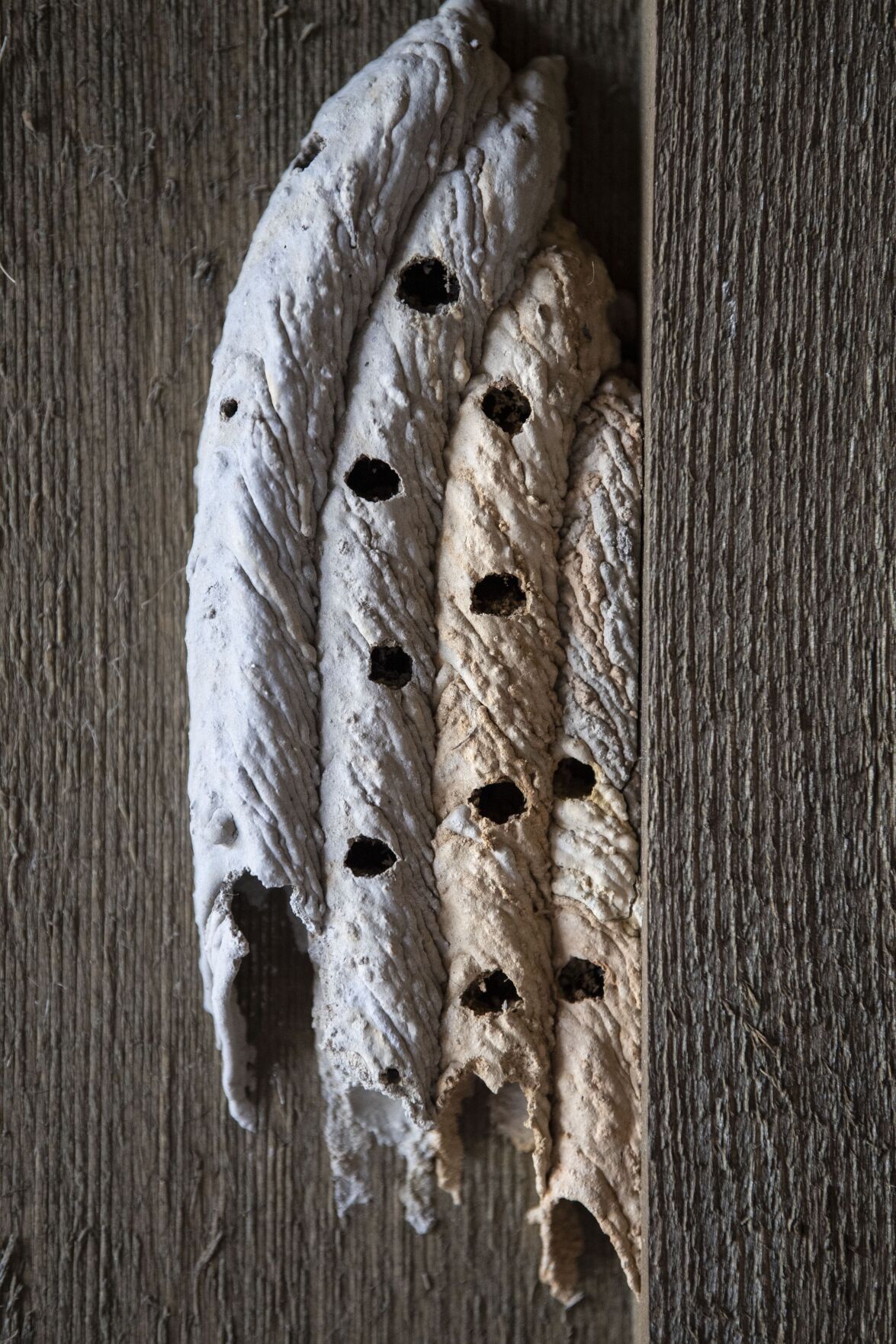 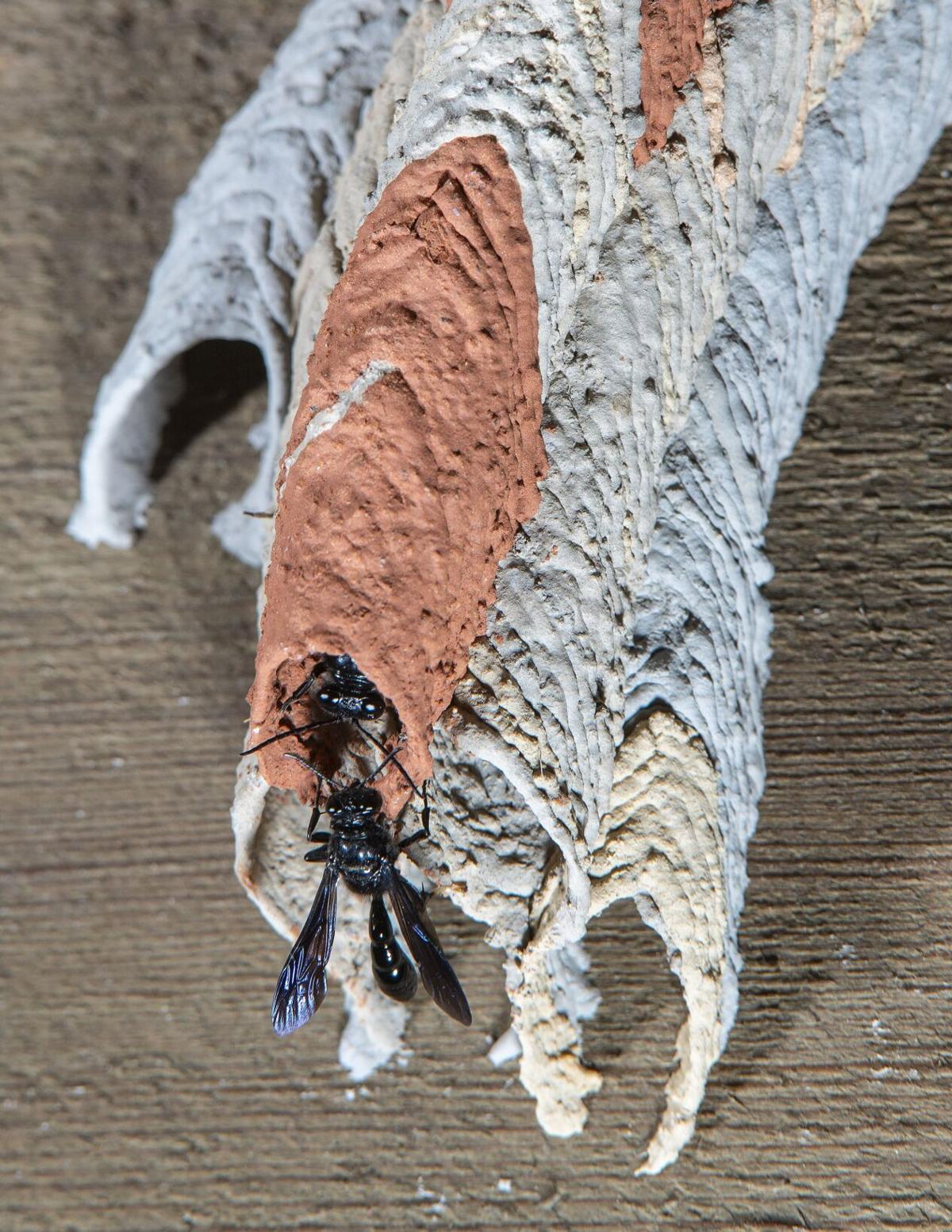 Though ruthless in nature, the dirt dauber is docile around humans and actually helps to control spider populations

If you have a boathouse with a roof on it – or any roofed structure near the lake – there’s a very good chance you’re providing the perfect habitat for Dirt Daubers.

These docile wasps need three things to make a perfect home: A source of mud (like the shore of a lake), protection from rain (the same as anyone who lives in a mud house) and spiders (which set up shop around any building that is lit up at night; and this condition seems to be multiplying more and more each year around Lake Martin).

Here in Alabama, most folks call them Dirt Daubers. In other parts of the country, they’re called Mud Daubers – specifically Pipe Organ Mud Daubers, because their nests are long vertical mud tubes that look a whole lot like the pipes on a church organ. The scientific name of these wasps is Trypoxylon politum, and they are native to the eastern half of the United States and Canada. Here in the Lake Martin area, Dirt Daubers are very common, especially near the water.

Dirt Daubers are jet black except for the bottoms of their two hind legs, which are white or light yellow. These wasps are rather large, from 1-1/2 to 2 inches long, and the female is the bigger of the sexes.

Other wasps, like Paper Wasps that build large paper “hornets’ nests” or the Yellowjackets that tend to build underground nests, can be very aggressive, as folks who bushhog with an open tractor know all too well; however, Dirt Daubers are those wasps’ gentle, solitary cousins. They are not aggressive and generally will not sting people unless people actively harass them. So don’t try to catch them barehanded and certainly don’t squeeze them if you do. Also, it’s a good idea to wait until after the young Dirt Daubers have hatched out and abandoned their nests before scrapping them off the side of your house, since the males often guard the nests while they contain larvae and send out a buzzing warning if people get too close.

But living with Dirt Daubers is not a dangerous activity because the wasps are gentle and because you probably will not see more than one or two at a time – in stark contrast to the aforementioned Yellowjackets.

The female Dirt Dauber is the nest builder. She flies to a muddy spot – usually a location with lots of clay in the mud – and uses her mouth-parts, called mandibles, to roll up a ball of mud, which she pushes onto a wall with her mouth and forehead to start the nest. Each different “wave” in the mud tube indicates another flight to a mud hole and back, as well as more time working like a potter to build her nest.

Once she has a section roughly 1 inch long completed, Lady Dauber goes on the hunt for spiders. When she finds one, she stings it with enough venom to paralyze the spider. She carries it back to the clay organ pipe tube and pushes it inside; then, she goes hunting again – and again – until she has a nursery packed with enough live, paralyzed spiders to give her offspring a good start at life. Then she lays an egg in the tube, builds a mud wall to seal the tiny nursery and continues the process. Some long tubes may contain six or more rooms filled with live spiders and Dirt Dauber eggs.

When the egg hatches, Dauber larva eats the paralyzed spiders; and then, spins a silk cocoon inside its mud nursery where it matures into an adult wasp. Once the transformation is complete, the adult wasp breaks out of its cocoon, chews a hole in the side of the mud pipe organ nest and the life cycle begins anew … with young adult females beginning work on their own nests in as few as two days.

It’s not always the same pattern, however.

While female Dirt Daubers normally build their own nests, some will remodel old nests, and some will run a hardworking gal away from her nest, remove her egg and lay a new one in its place.

While paralyzing prey and enclosing it in a mud room with its predators may sound a bit gruesome, when it comes to Dirt Daubers, it seems turnabout is fair play. A number of other smaller wasps and flies play the same game, watching as the mother Dirt Dauber builds and provisions her nursery, but as she goes to get the mud to seal up the room, they slip in and lay their own egg, which hatches first and eats the spiders … and sometimes even the Dirt Dauber larvae.

These gentle, solitary, spider-eating wasps sometimes get a bad reputation among people who are afraid of being stung. But the fact is, if you have too many spiders around your house, Dirt Daubers can help you with that problem. And all it takes is a hose or a pressure washer to wash away their empty pipe organ nests when their work is done.

Some information for this article came from Hilton Pond Center for Piedmont Natural History, InsectIdentification.org, BugGuide.net