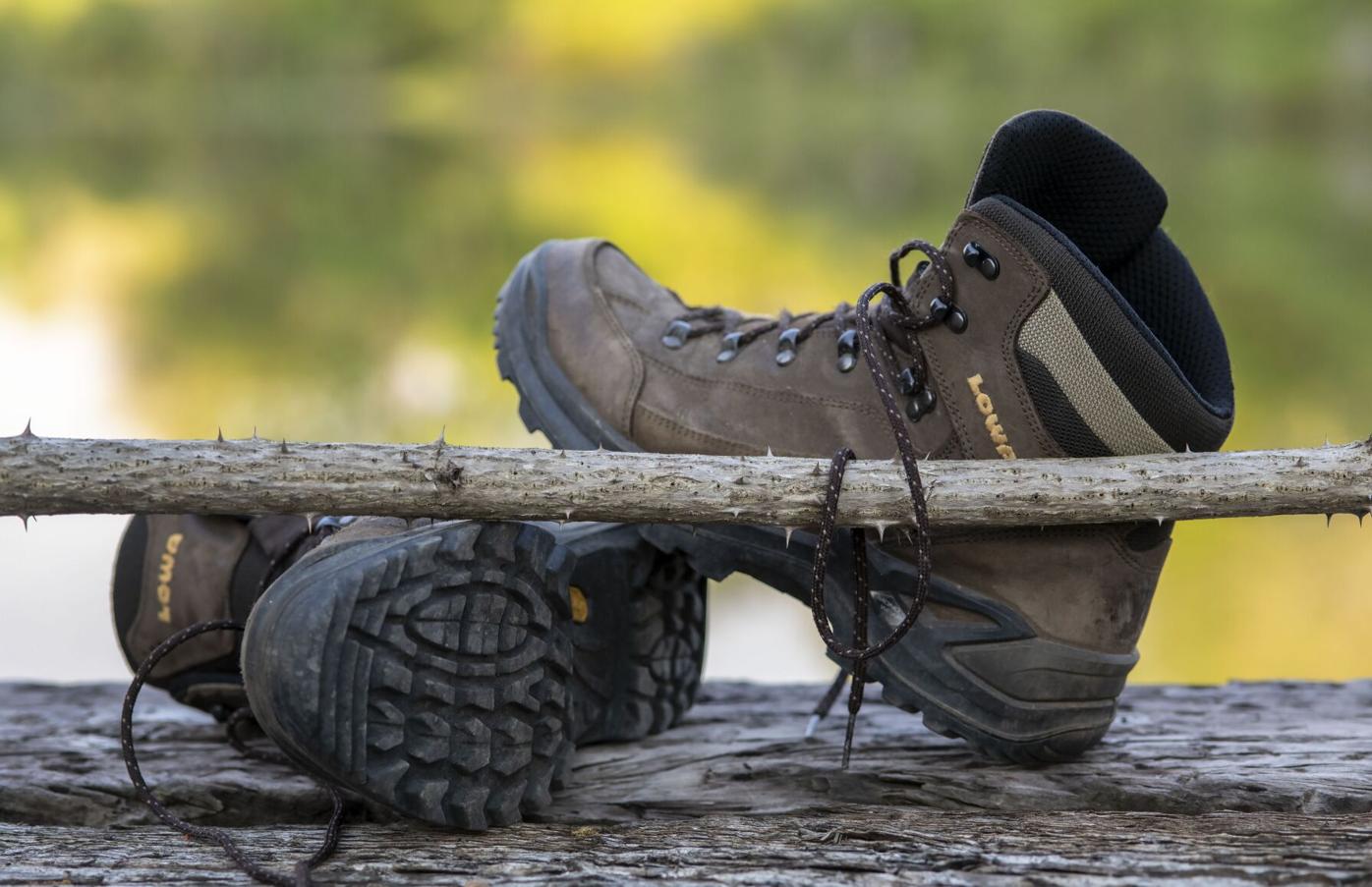 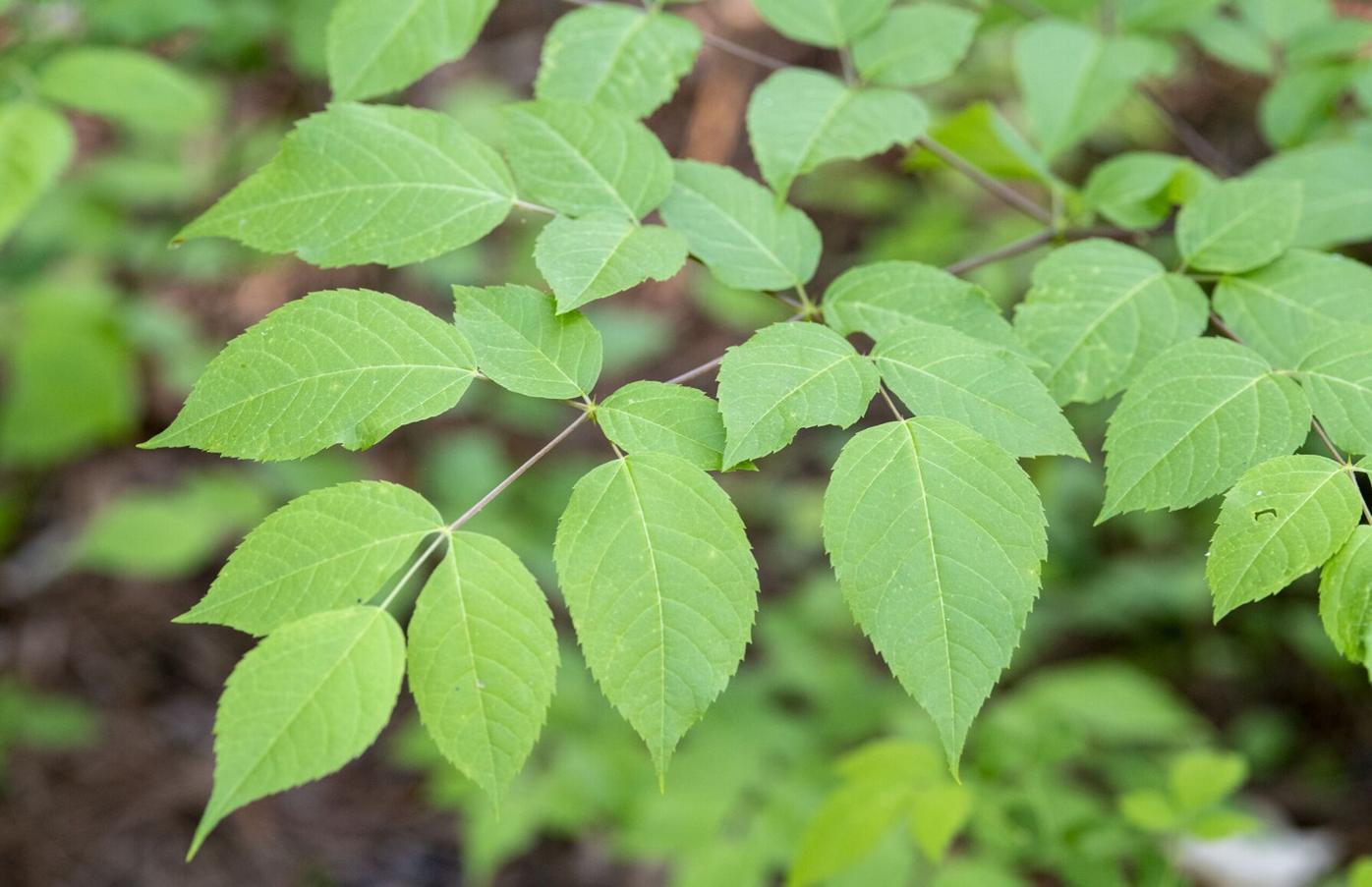 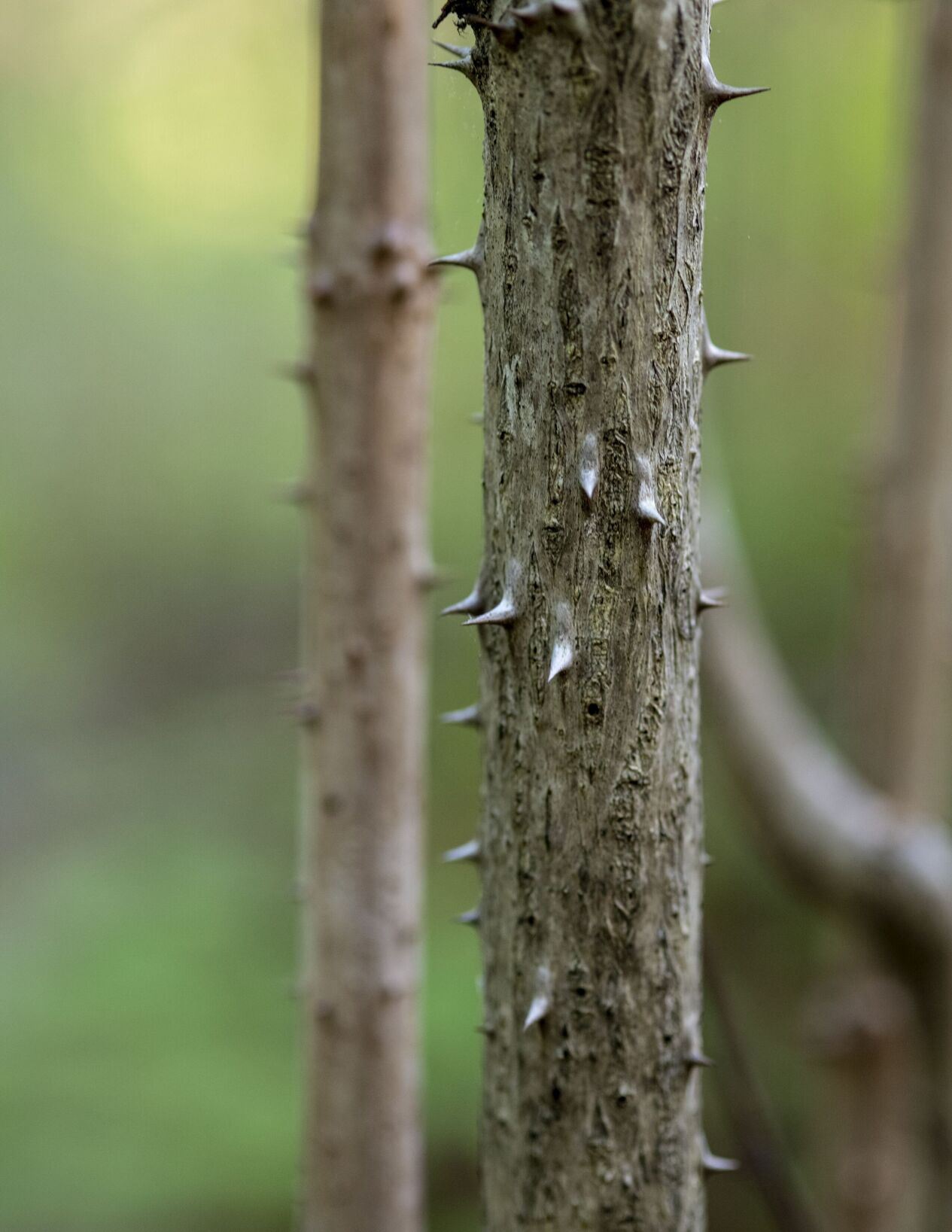 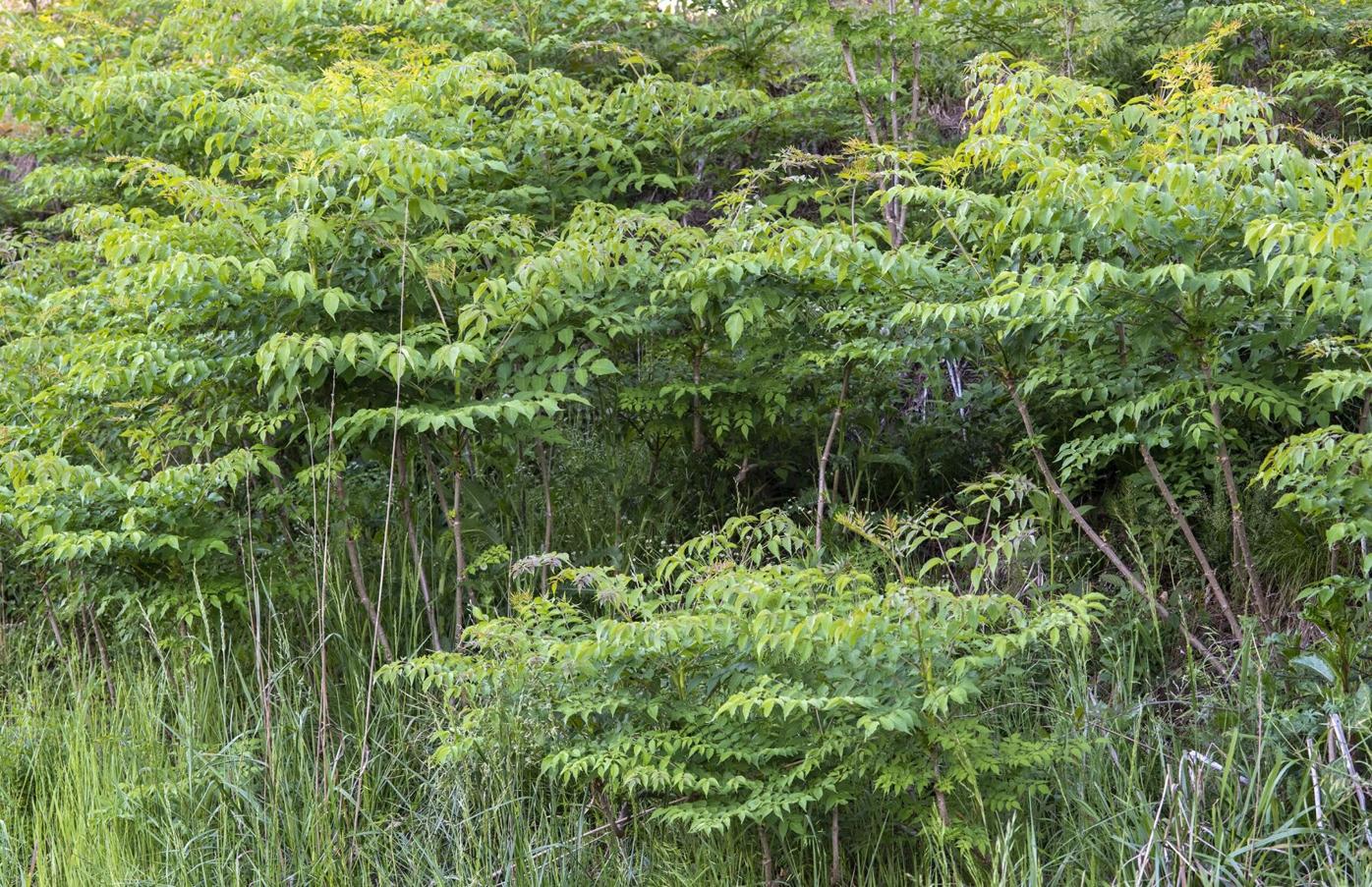 My introduction to Devil’s Walking Stick was quick, rude and painful.

I had just started climbing a very steep hill in the woods when the ground gave way under my right foot. In a flash, I reached for the closest “sapling.” Even after a couple of decades, I remember the simultaneous feeling of surprise and pain as I clamped my right hand tightly around a handful of long, sharp prickles.

Flat on my back at the bottom of the hill, my palm and fingers punctured and bleeding, I looked up and – silhouetted against the sky – could just make out the needle-like spikes ringing the Devil’s Walking Stick that I had grabbed on the hillside.

Like the first time you touch a hot stove, it was a lesson not soon forgotten.

Devil’s Walking Stick is a shrub native to the Southeastern U.S., concentrated from the Mississippi River to Virginia, though it is found as far west as Texas and as far north as New York. It tends to grow in colonies, so if you see one, you’ll likely see many more nearby.

This plant is a deciduous shrub, meaning it looses its leaves each winter, and in this case the word “shrub” may be a little misleading since it can grow up to 26 feet tall, well into “tree” height. Most of the time it is smaller, something between head-height and 10 feet tall.

Devil’s Walking Stick has two unique characteristics – the wickedly sharp prickles circling its stout trunk and its huge compound leaves, the largest of any shrub or tree in North America.

This is a showy, exotic, tropical-looking plant that appears to be a bit out of place in our hardwood and pine forests. In fact, it looks like something that you would expect to find on a lush, South Pacific island. Because it is so distinctive, it is sometimes grown in gardens. In fact, during Victorian period, English gardeners raised it as as a grotesque specimen, something to show off because it was so different.

Botanists call this plant Aralia spinosa. It is a member of the ginseng family, Araliaceae. In addition to Devil’s Walking Stick – an appropriate moniker if there ever was one – its other common names include Angelica Tree, Hercules’ Club, Prickly Ash and Prickly Elder.

Each spring, Devil’s Walking Stick sends up a tall stem that is spiked with thorns and looks a lot like, well, a walking stick. At the top of the stem, it will develop a few huge, double or triple pinnately compound green leaves. Each leaf looks like a lot of individual leaves but is actually one leaf with many leaflets. Several of these enormous leaves coming from the top of the stem form an umbrella-like canopy. Each compound leaf can be 3 to 4 feet long and 3 to 4 feet wide. During the fall, these leaves can change colors at different times so that one may be green, while another is yellow or red, making it a favorite of leaf-peekers.

As the plant matures in the summer, it produces large, tall clusters of beautiful white flowers 1 to 4 feet above the canopy of leaves. Its flowers are highly attractive to bees and butterflies, which harvest the nectar. In the fall, each flower becomes a green fruit that turns black when it ripens and stands out against a maze of pink stems up above the leaf canopy. A number of animals – including foxes, raccoons, opossums and other small mammals and songbirds – eat the fruit.

Devil’s Walking Stick is found most often in moist but well-drained open shade locations, often as an understory plant in thin forests or on the edges of fields, pastures or hillsides. It can tolerate sandy or clay loam soils and is often an early colonizer in open areas in the forest. Devil’s Walking Stick colonies sometimes die out as a forest grows up around it.

Despite its vicious prickles, Devil’s Walking Stick has been used by Native Americans for centuries.

Iroquois were known to plant them near their villages, so they could quickly access Devil’s Walking Stick fruit, which they used as a food, and the flowers, which were worn in women’s hair.

This plant was used to treat rheumatism and boils by a number of tribes, including the Cherokee, Choctaw and Rappahannock.

Devil’s Walking Stick roots are said to be poisonous, and handling the bark and roots could cause allergic reactions in some people.

Because this plant reproduces well by sending up suckers from its roots, larger, older Devil’s Walking Stick often is surrounded by a grove of smaller plants. For this reason, many gardeners say Devil’s Walking Stick is too aggressive for a home garden, but if you’re looking for something showy and different, it is easy to grow and doesn’t have many pests or diseases.

Just be careful what you grab when Devil’s Walking Stick is nearby.

Some information for this article came from The Ladybird Johnson Wildflower Center’s wildflower.org, the University of Arkansas’ Yard & Garden page, finegardening.com, the North Carolina Extension Gardner, and Wikipedia.