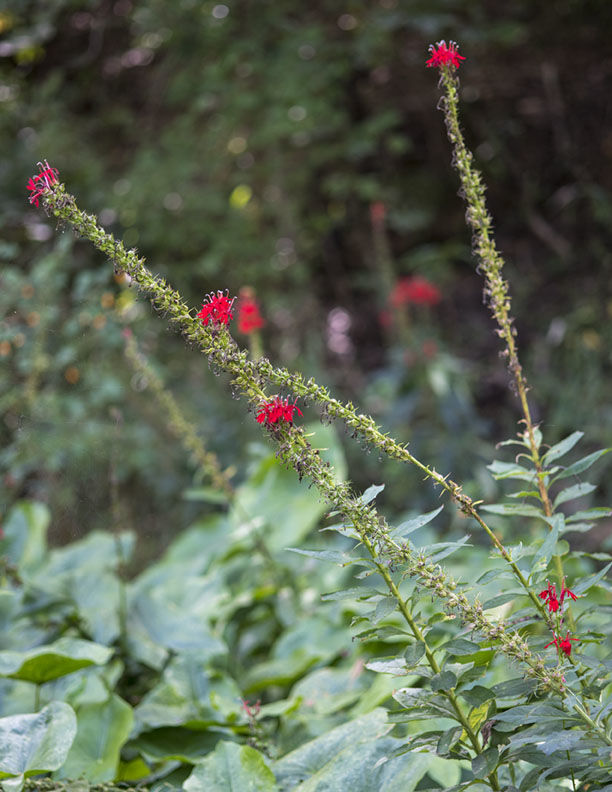 on the stem and work

their way up to the top. Photo by Kenneth Boone 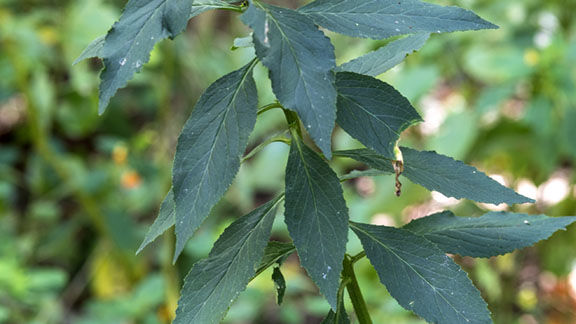 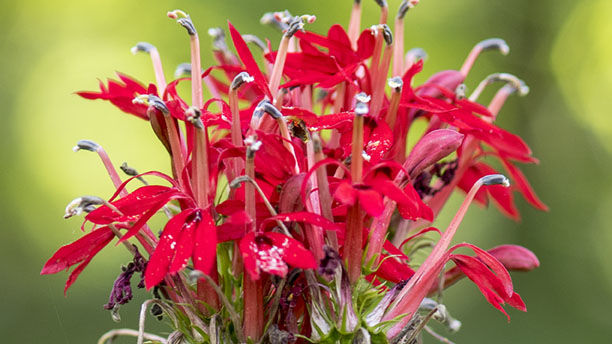 The five petals of the 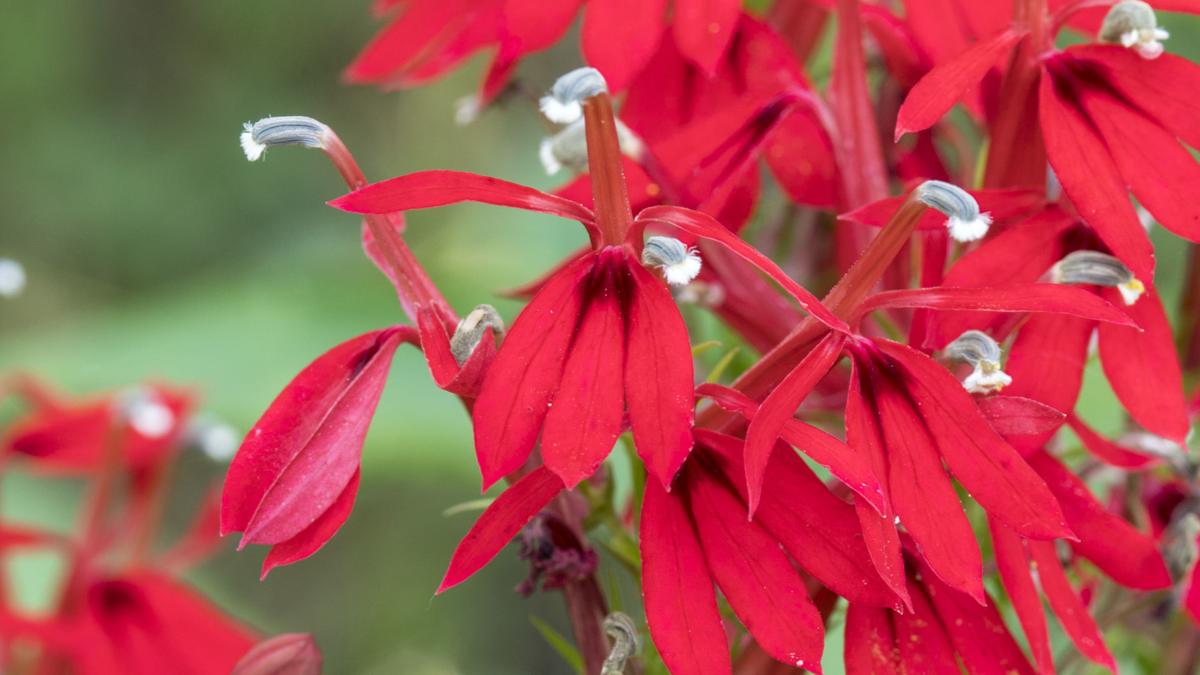 Cardinal Flower is attractive in arrangements but emits a milky sap. Photo by Kenneth Boone

on the stem and work

their way up to the top. Photo by Kenneth Boone

The five petals of the

Cardinal Flower is attractive in arrangements but emits a milky sap. Photo by Kenneth Boone

Popular with hummingbirds and gardeners

If red is your favorite color, Cardinal Flower should be at the top of your wildflower list.

This showy perennial produces some of the most intense scarlet-red flowers of any plant, anywhere. Its vivid red blooms have also been described as vermillion or crimson.

And we have it growing wild around Lake Martin.

Of course, that’s not the only place it grows. Cardinal Flower is a native of eastern North America, from the gulf coast states all the way north to Canada.

But here around Lake Martin, this wildflower has lots opportunities to put down roots since it likes wet feet and filtered light. (It can also tolerate full sun, especially in the northern parts of its range.) Any wooded creek bank, slough, marshy area or oak bottom in the backwaters of the lake would be a likely place to see it.

If you’d like to see it in bloom, go out hunting for it today. Flowers start in mid-summer and last until October.

Lobelia cardinalis is the scientific name for this wildflower, which is named after 17th-century botanist Matthias de L’Obel. Both its species name and its common name come from the scarlet robes worn by Roman Catholic cardinals.

Cardinal Flower is impossible to misidentify. It sends up long, unbranched spikes that can reach 4 feet tall. The bright red flowers begin opening near the ground, and progressively work their way up to the top. The Cardinal Flowers pictured here were photographed during the third week of September along a muddy drainage near Dadeville, and their blossoms had already reached the end of its spikes.

Flowers blossom low on the stem and work their way up to the top. Photo by Kenneth Boone

Although it’s not common, Lobelia cardinalis sometimes has white or pink flowers as well.

If you look closely at the flowers, each has five petals. The bottom three are united into a single lip, while the top two smaller petals form an upper lip that looks a little bit like a tiny pair of wings. Five stamens are joined to form a tall tube that is topped with white, hairy brush.

The leaves of the Cardinal Flower are dark green, alternate, toothed on the margins and shaped like slender ovals pointed at each end.

This plant has a thick green to purplish-green stem that can be smooth or have short hairs. It has a root ball that some have likened to a small white mop head.

As you might imagine, these intense red blooms attract ruby-throated hummingbirds, which are the flower’s primary pollinator in our area.

It is such a beautiful flower that gardeners often plant Cardinal Flower in water and butterfly gardens. This wildflower is hardy in zones 3-9, and Lake Martin straddles the line between zones 7b and 8a. Another good characteristic for gardeners: Cardinal Flower is not typically on the menu for deer or rabbits.

And this plant makes a good cut flower, although the stem does emit a milky sap.

On the negative side for gardeners, Cardinal Flower is categorized as a short-lived perennial since the wildflower will die after the blooms fade, although the following year it will send up new spikes from the same root ball.

Cardinal Flower is easy to propagate by division, and the plant frequently reseeds itself and grows in clumps or large colonies.

A close relative of this plant is Great Blue Lobelia, which has a very similar shape but purple-blue flowers, and it also grows wild around Lake Martin.

Cardinal Flower is related to tobacco, and some Native American tribes smoked or chewed its leaves and used infusions of this plant to treat many maladies. The Iroquois and other tribes even used the roots to make a face-wash that was said to be a love potion for attracting the opposite sex; however, all parts of a Cardinal Flower contain the toxic alkaloids lobelamine and lobeline, which act in a fashion similar to nicotine, and consuming this plant has reportedly led to death in some cases.

Information for this article came from Forest Plants of the Southeast, The USDA Forest Service, the Missouri Botanical Garden, Floridata and the Lady Bird Johnson Wildflower Center.