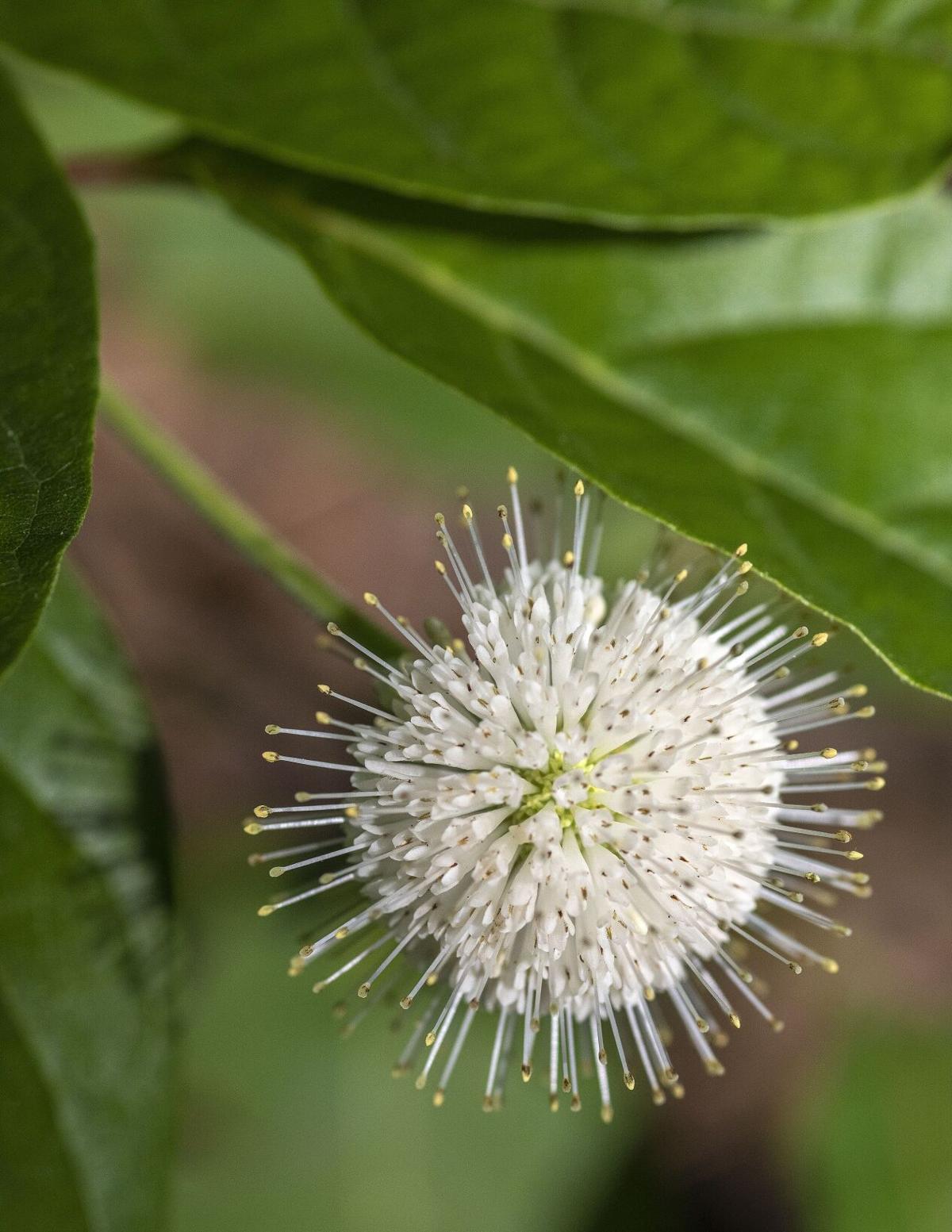 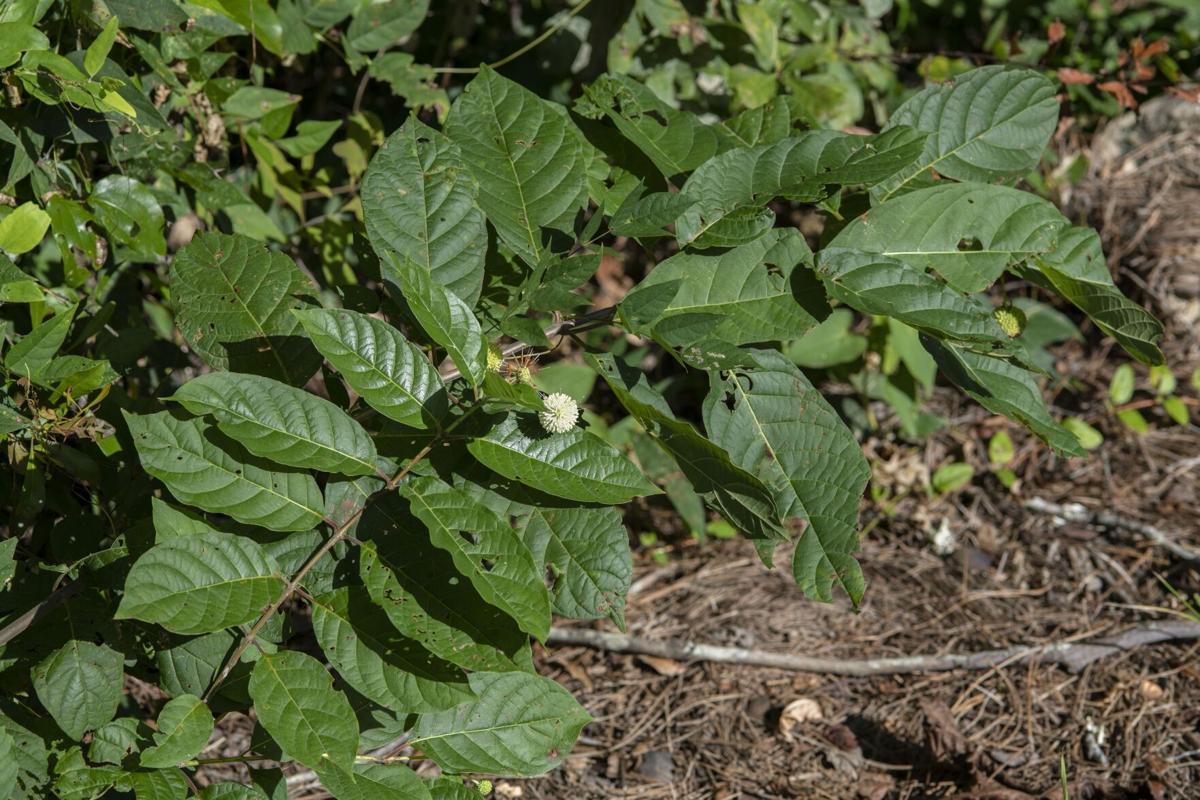 The flower lasts about four days, but Buttonbush blooms all summer long 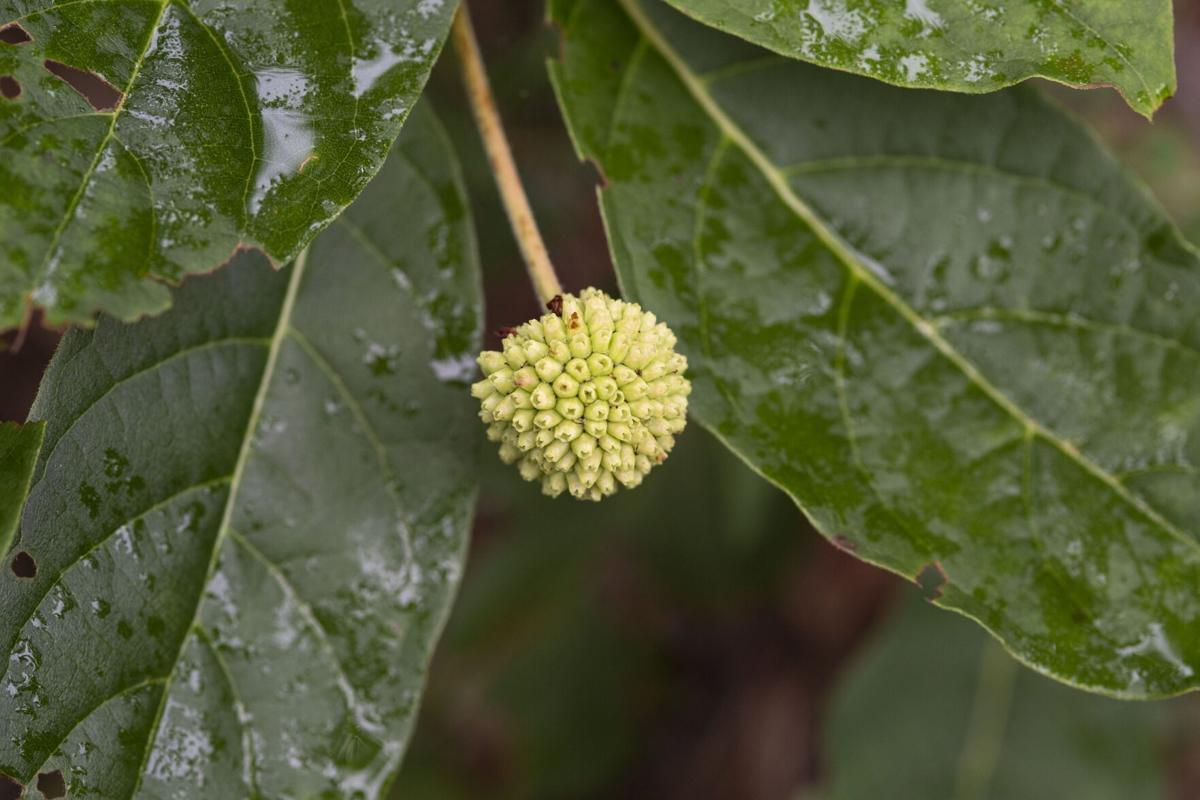 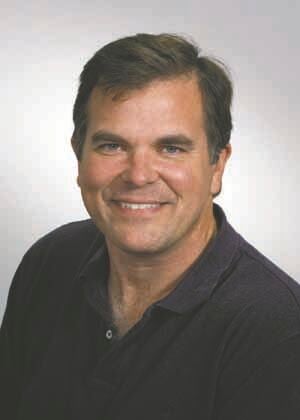 The flower lasts about four days, but Buttonbush blooms all summer long

You can’t look at a Buttonbush flower without thinking of elephants.

Or at least one elephant named Horton, made famous by Dr. Seuss. In Horton Hears a Who!, the Who Horton hears is shouting from a flower that’s a dead-ringer for a Buttonbush bloom … except Horton’s was pink instead of buttonbush white.

Common Buttonbush is a shrub or small tree native to the eastern half of the United States. There is another variety of the same species called California Button-Willow found in the Southwest, southern Mexico and parts of Central America.

Here in the Lake Martin area, we have the version usually known as Buttonbush, but in other areas it’s also called Button-Willow, Honey-Bell, Button Tree, Globe Flower and Button Ball and Button Wood.

In the Lake Martin area, you’re most likely to see this plant along the shoreline of the lake, or its tributaries, and in swampy or marshy places, including wet roadside ditches. This plant likes wet feet and can even be found growing in water up to 3 feet deep, as well as in damp soil. Buttonbush also likes lots of sunshine and sandy or silty soils that are acidic or neutral.

This deciduous plant sprouts multiple stems that can reach up to 9 feet tall and look like a small tree, but more often it is the size of a shrub.

The most distinctive feature of this shrub is its very unique flower: a dense, white globe about the size of a golf ball with long styles that give it a pin cushion look. Buttonbush flowers have an intense, sweet smell that attracts a number of insects.

Each flower lasts about four days before it loses its pin-like tubular flowers. Once the flowers fade, the fruits that remain are small, highly textured green balls that contain nutlets with two seeds. These green balls look something like buttons, which may have influenced the choice of a common name for this plant.

Buttonbush blooms over a number of months in the summer.

The leaves of a Buttonbush are 2 to 6 inches long and 1 to 3 inches wide. They are oval shaped and pointed on the end, smooth and glossy green on top, with distinct lighter green veins. The underside of the leaves may have very tiny hairs. Leaves typically grow in pairs opposite each other along the branches, but they can also grow in a whorl around the stem, especially near the end of the branch.

The bark of this plant varies as it gets older. Young five-sided twigs can be green or red while older wood is craggy and furrowed with a greyish-brown color.

The list of animals that benefit from having a Buttonbush around is long and varied. White-tailed deer eat new growth from this plant. It attracts at least 24 different birds, including Kingbirds, Towhees, Robins and ducks – and is a favorite food of Mallards. Wood Ducks often use Buttonbush as a place to raise their ducklings because it provides good cover at the water’s edge.

Honey bees are very attracted to Buttonbush, which is planted by some beekeepers. One reason this shrub is so valuable to bees is that it blooms for long periods of time, including the heat of the summer when many other wildflowers disappear. A number of other insects, such as butterflies, moths and native bees, also use Buttonbush nectar.

If you would like more Horton Hears a Who! flowers along your shoreline, Buttonbush can be propagated by simply taking cuttings from one shrub and pushing the cut end of the twig into moist soil, where it will take root. This is a plant that does not do well in a drought, so if you do choose to plant it away from the water, make sure your hose will reach it.