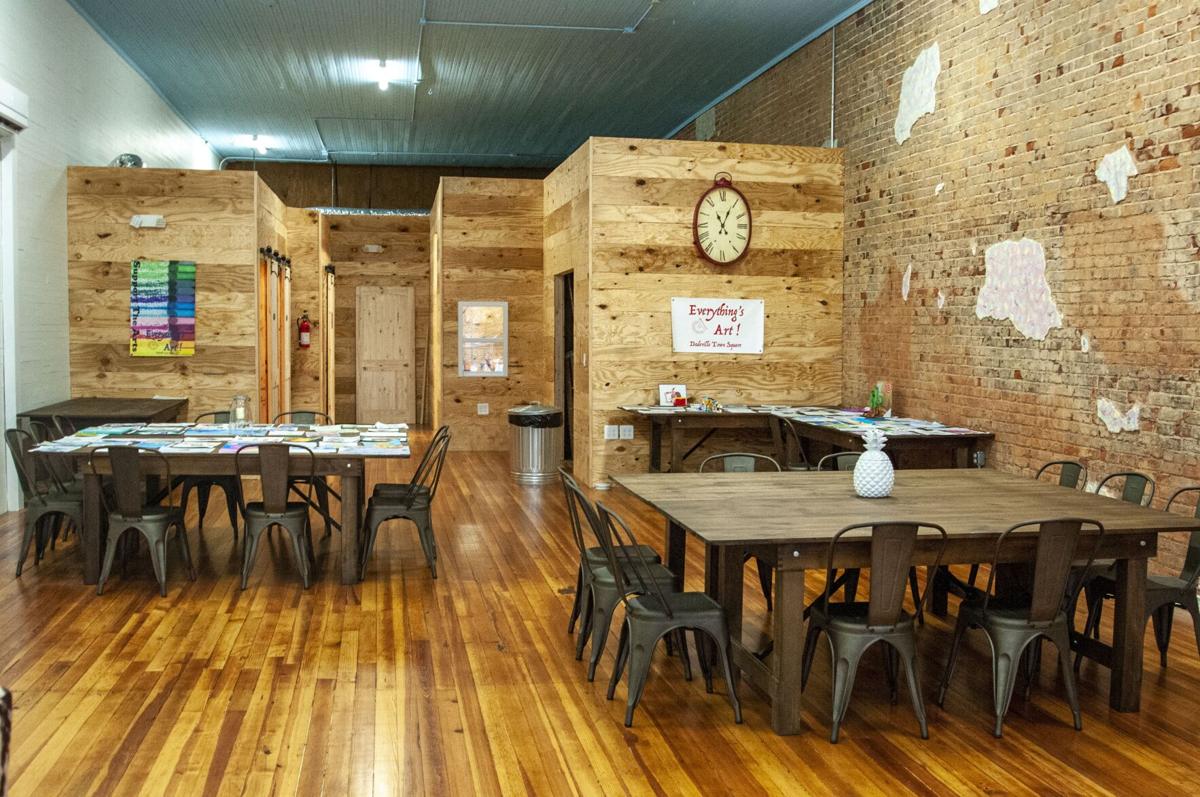 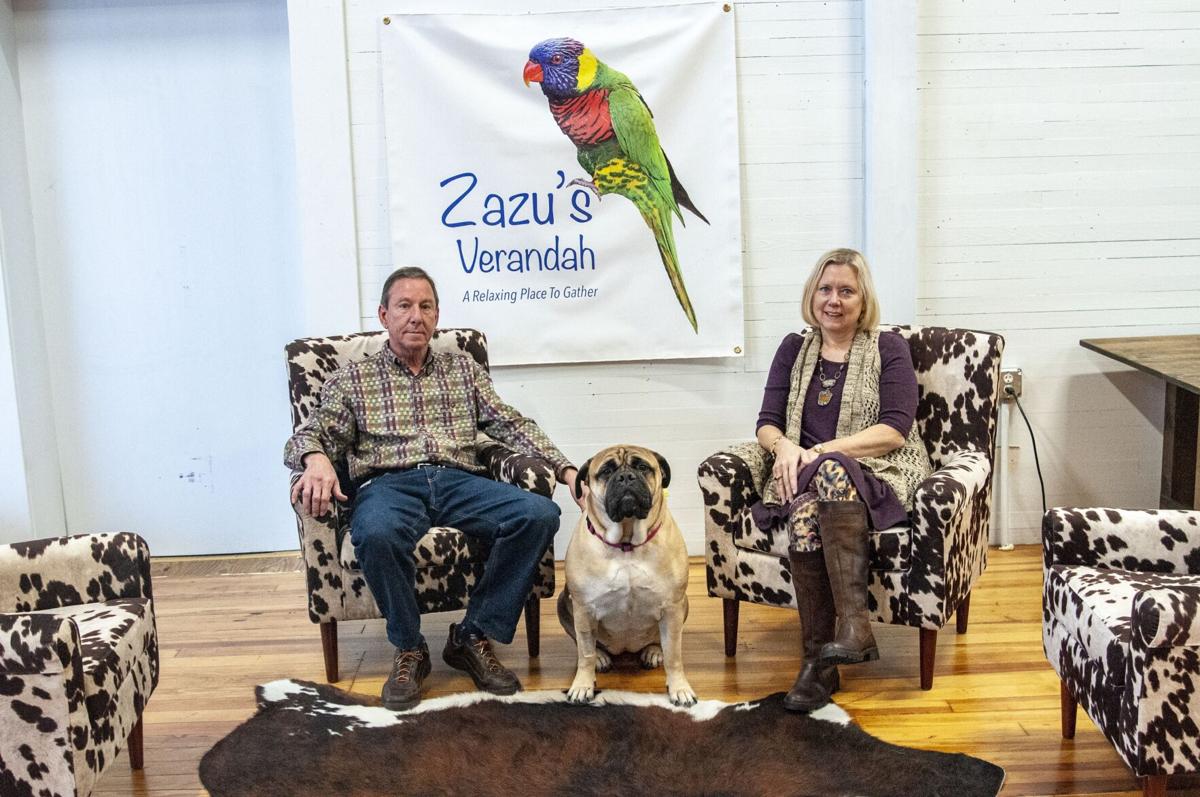 Rick and Mitzy Hidding are among those leading the charge for art and creativity in Dadeville. 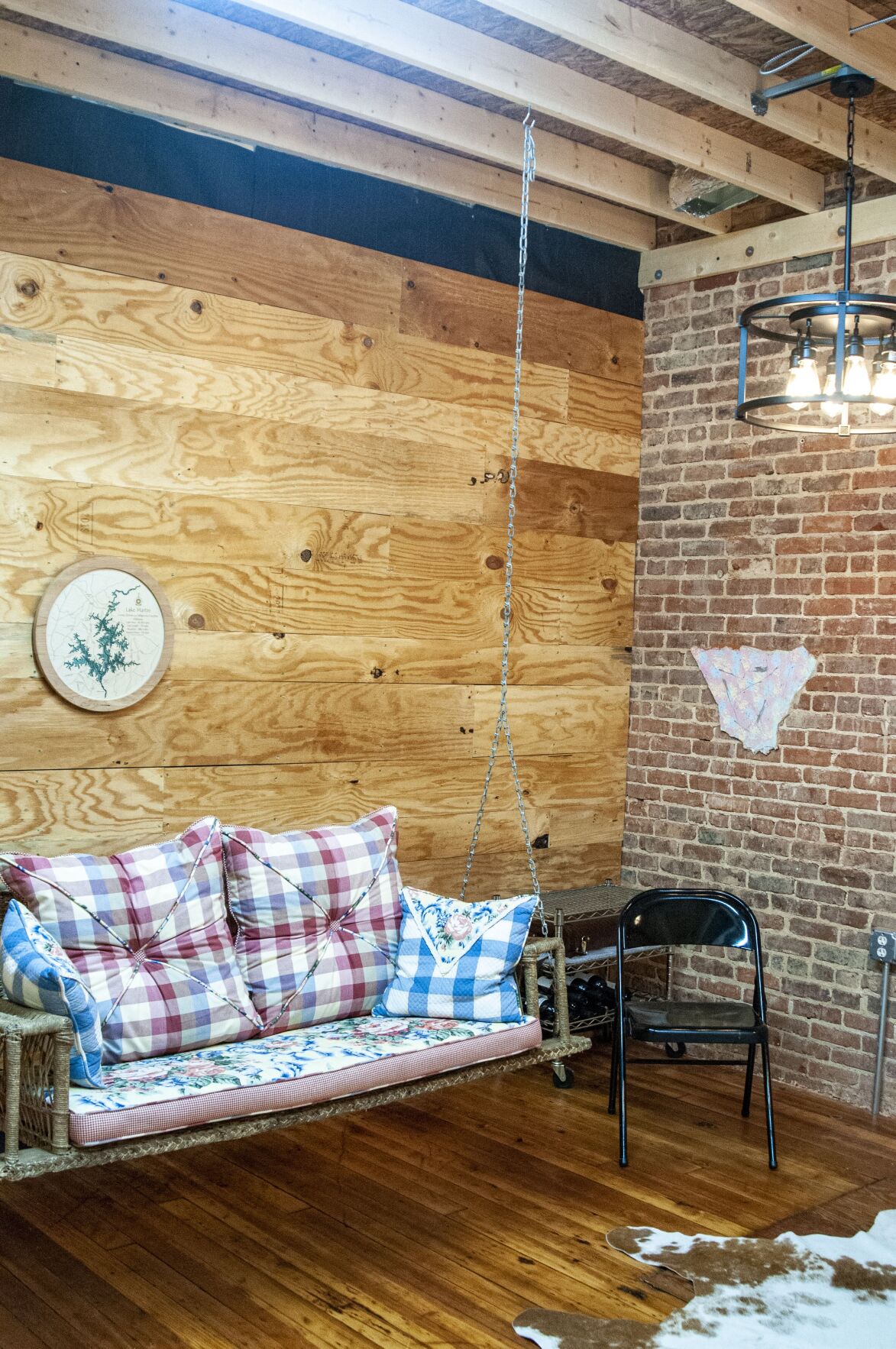 They furnished the space with comfortable, fun seating arrangements and used rustic materials for the walls and finishes. 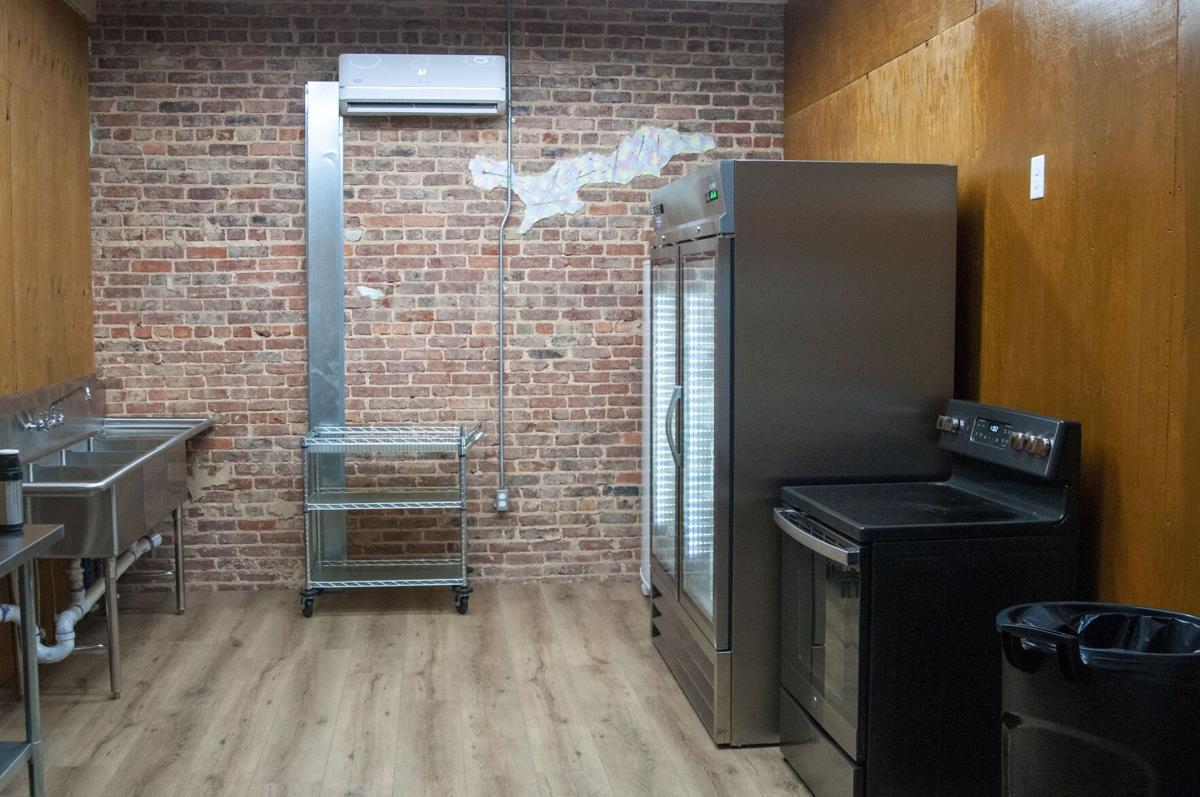 The space includes a catering kitchen. 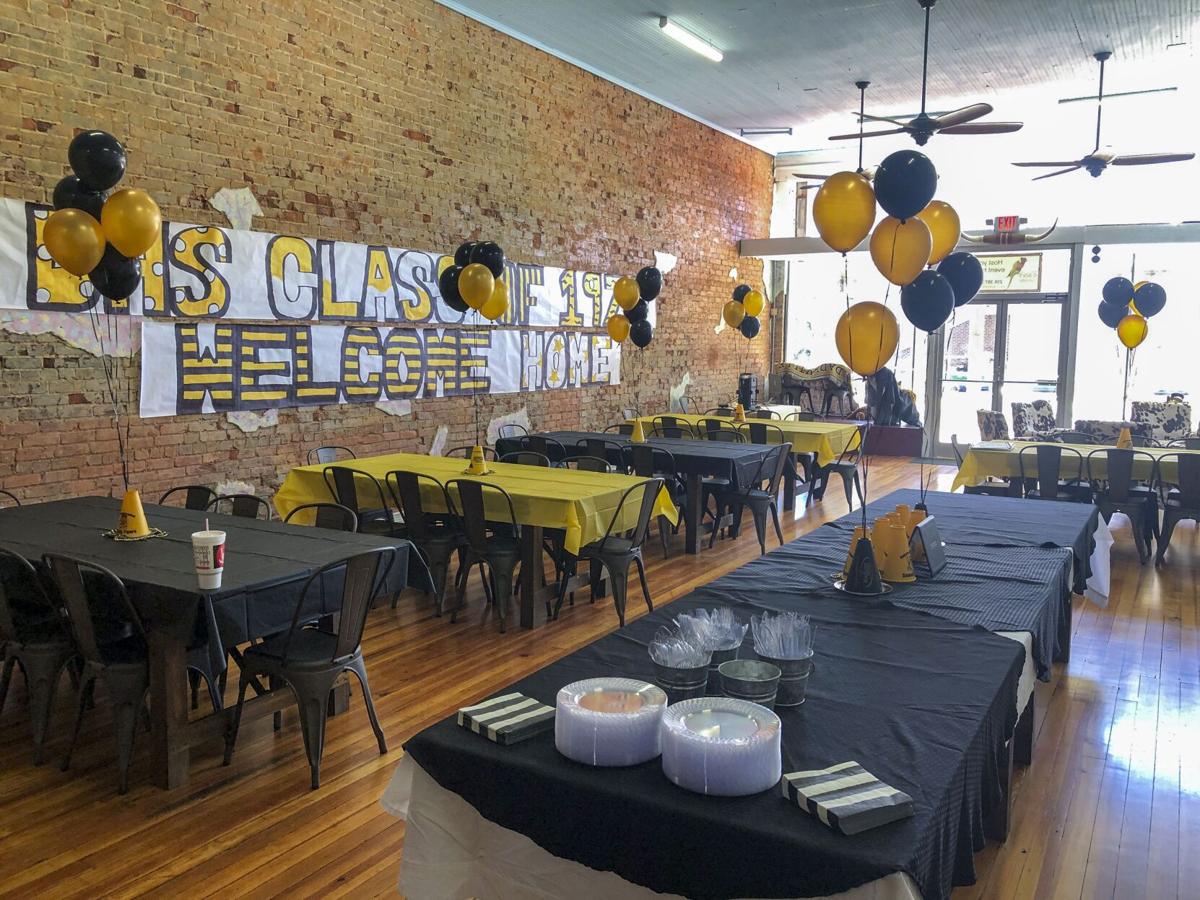 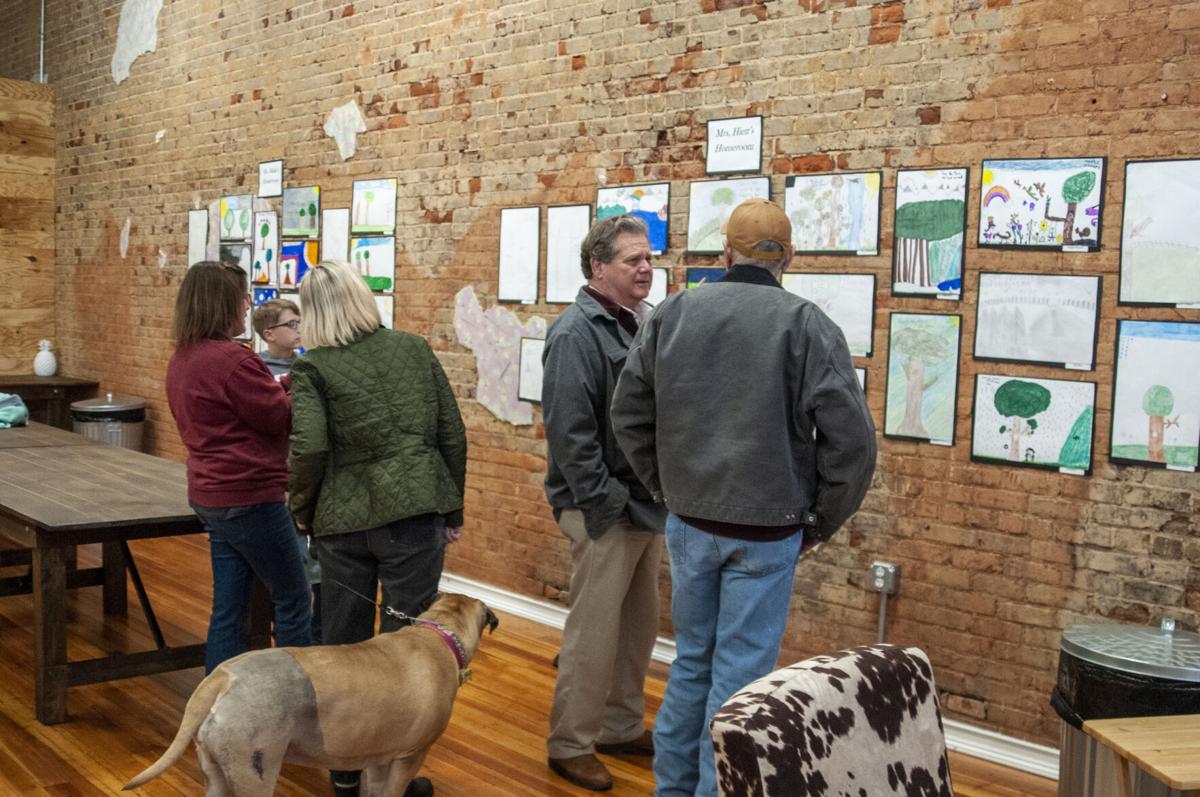 The Hiddings aim to foster the artistic talents of local children

Rick and Mitzy Hidding are among those leading the charge for art and creativity in Dadeville.

They furnished the space with comfortable, fun seating arrangements and used rustic materials for the walls and finishes.

The space includes a catering kitchen.

The Hiddings aim to foster the artistic talents of local children

Rick and Mitzy Hidding are staples in the Everything’s Art community and believe deeply in Dadeville’s growth. When the couple realized that the nonprofit organization needed more space to host art classes, they began knocking on downtown doors; bought a building and opened Zazu’s Verandah.

“The goal is to be an event space and to host art classes,” said Mitzy Hidding. “Everything’s Art was meeting at the library and had one class at Raining Dogs Studio, but feedback was that it was too crowded.”

They realized they needed their own location and saw an opportunity to enhance the community at the same time with the addition of an affordable event venue.

The 1914 building needed a makeover, which the Hiddings handled mostly on their own, except for electrical, plumbing and HVAC issues.

The building actually has two sides to it, and the wall separating them is not structural. Right now, one half is being used for storage, but the couple hopes to find someone to open a coffee shop on the square in the other half.

The old heart pine flooring was re-done professionally and was fully restored. Hidding also took on the task of tearing down the pegboard that covered the walls up to about 8 feet high, as the building had been a hardware store in the past. Since the material was still in great shape, she was able to haul it off and repurpose it to a good home.

“We were real conscientious of not taking things to the dump and re-using it or offering it to others,” said Hidding.

The remaining walls were horsehair plaster, which took Hidding six days to remove using a spade and the occasional hammer and chisel.

“Mitzy was pulling it off the walls, while I was hauling it out the door,” said Rick.

The process uncovered the building’s original brick, with a few stubborn pieces of plaster left attached.

“We decided to turn it into artwork,” said Hidding. “We got the idea from an artist friend, Janie Wright, and splashed paint on it to look like it’s been years of paint layers.”

The finished product is the perfect complement to a creative studio that could inspire artists.

There was an old air conditioning unit hanging from the ceiling that made for a unique element. The couple debated keeping it there but realized it was impractical. They added a new heating/cooling system and changed out fluorescent lights to LED ones.

“We painted the ceilings haint blue, which emits Southern hospitality and gives the feeling of a front porch and gathering space,” said Hidding.

Now that the downtown road construction is complete, the couple refreshed the exterior, repaired the awning and added the same blue paint.

The couple also built out an interior wall with plywood, with the help of Hidding’s father.

“My dad came up for one afternoon with his table saw to rip all the plywood,” said Hidding. “He did about 60 sheets, and we ended up buying about 60 more to finish the job.”

They created three bathrooms – one ADA compliant – a catering kitchen, an office and a storage area. The front section of Zazu’s Verandah offers two cozy seating areas that are ideal for discussions and meetings. There also are foldable farm tables and chairs to seat 80 people, The chairs can be rearranged or stacked and stored, depending on the needs of the various events that could take place there.

One 2,400-square-foot half of the building is used in a collaborative effort among Pennington Park, Everything’s Art and Raining Dogs Studio.

“The vision is to host weddings at Pennington Park and allow receptions to be held here,” said Hidding.

While there is a kitchen on site, it’s strictly for catering and includes a hot box, prep tables, household-sized stove and oven, fridge, freezer and a three-compartment sink. No cooking is allowed on site per the facility’s category 2 food license. The Hiddings also have an ABC license to provide beer and wine at events. In addition, they have set up a stereo sound system on site with speakers and extra power and outlets throughout the space.

Zazu’s only will be open for events and will not maintain regular public hours.

Another component to the venue will be extending art classes that Everything’s Art has implemented within the Tallapoosa County schools. Though this project is on hold pending the school system’s plans for the upcoming year, the tentative plan is to provide opportunities for students to continue strengthening their skills.

“The kids are really focused on art, and their talents are coming out,” said Hidding. “We really want to expand on that and keep the enthusiasm going.”

Local artists have reached out and offered to teach the classes.

Classes won’t just be for kids though, as some will be geared toward adults only, and the topics will vary.

Everything’s Art members will receive 10 percent off class prices, and a scholarship-type program is in the works, so no one will be excluded, despite financial situations.

Zazu’s Verandah was named after Hidding’s rescue parrot with the same name. The Rainbow Lorikeet was Australian, which is why the couple used the British spelling of verandah with the added ‘h.’

“She was very animated and just warmed my heart,” said Hidding. “She is forever imprinted on our souls.”