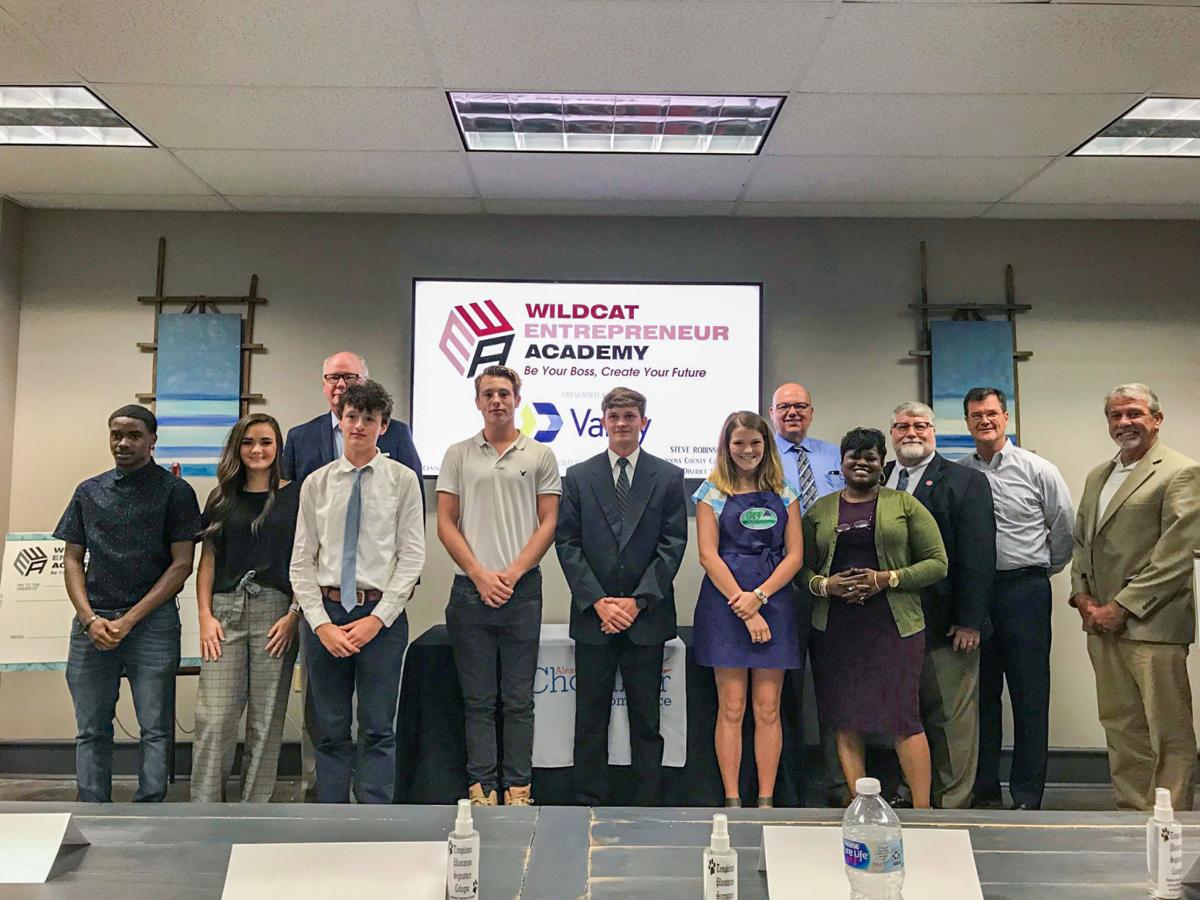 The 2019 WEA students with the panel of judges 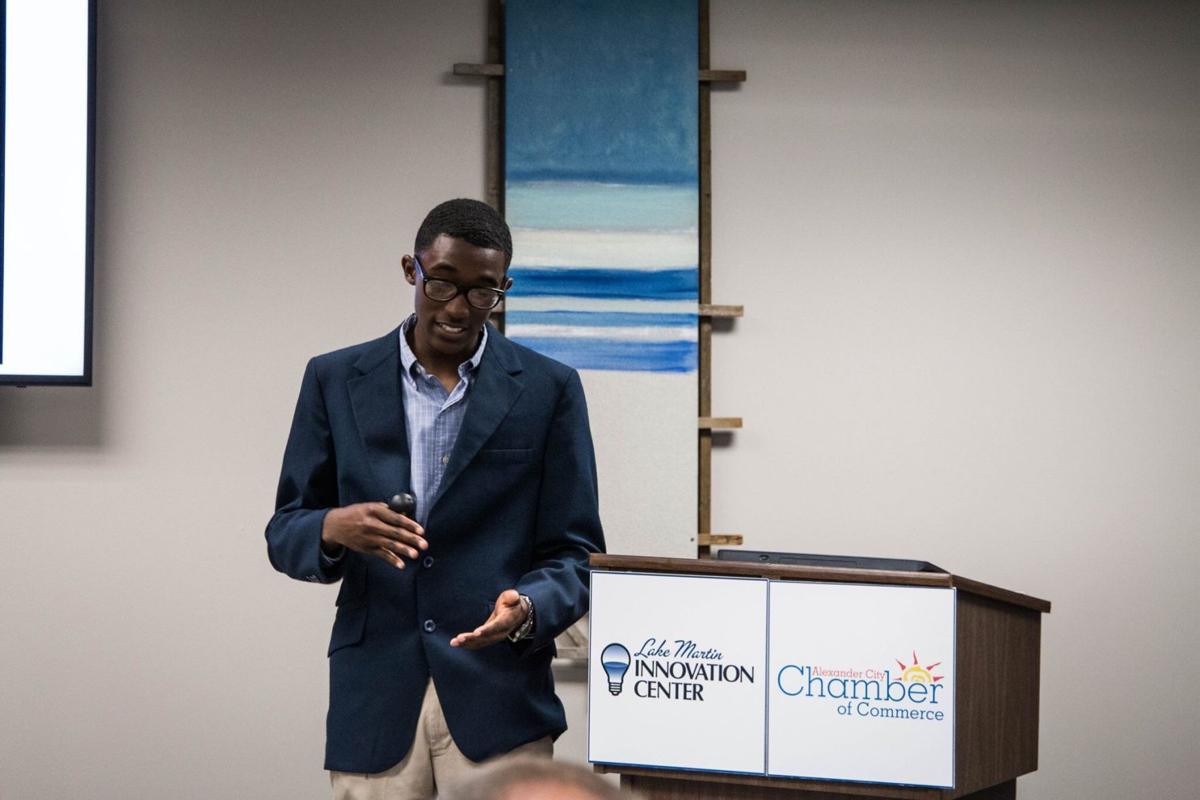 Cameron Tolbert presents his original idea for a tire gadget 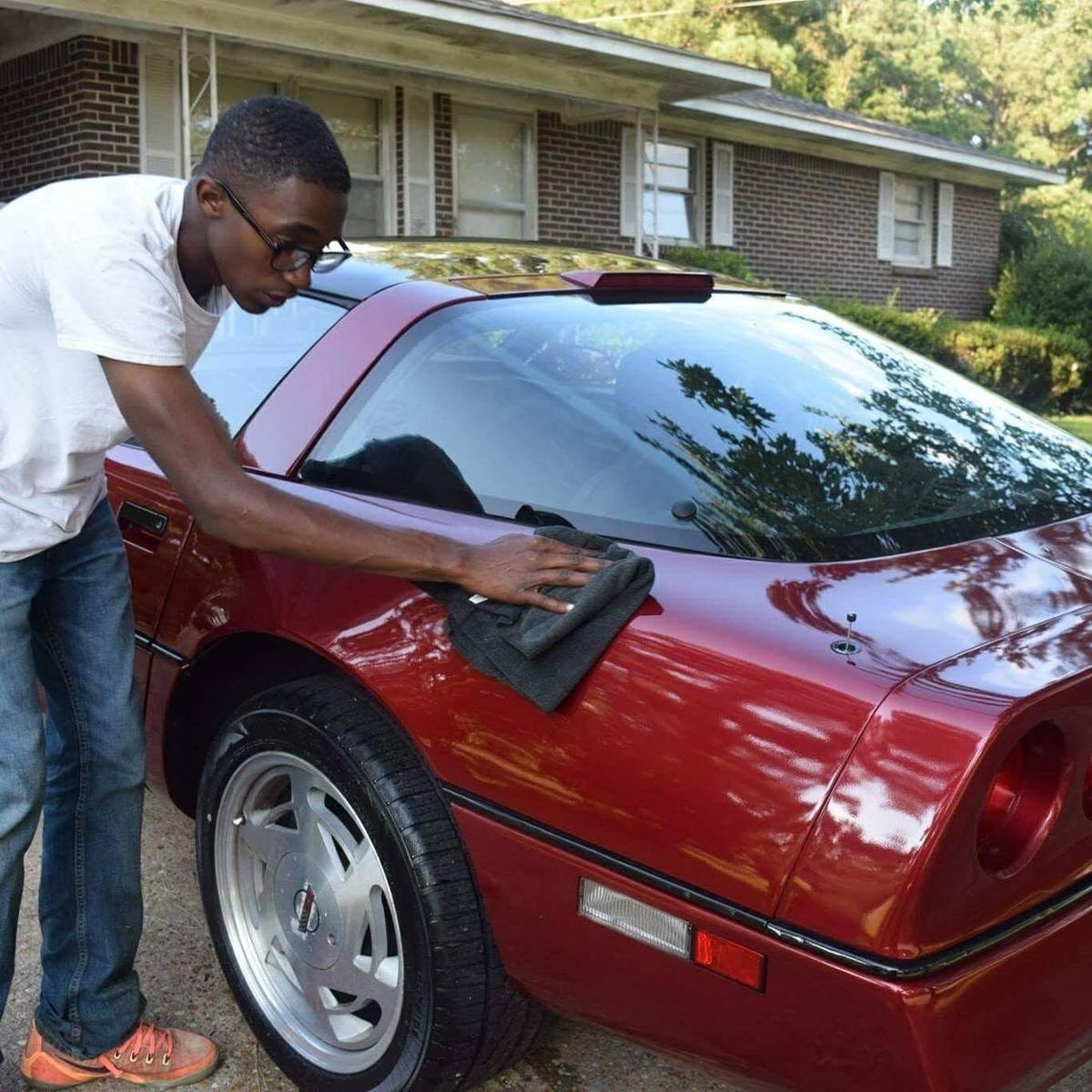 Tolbert changed his proposal to a detailing business, which is still successful today. 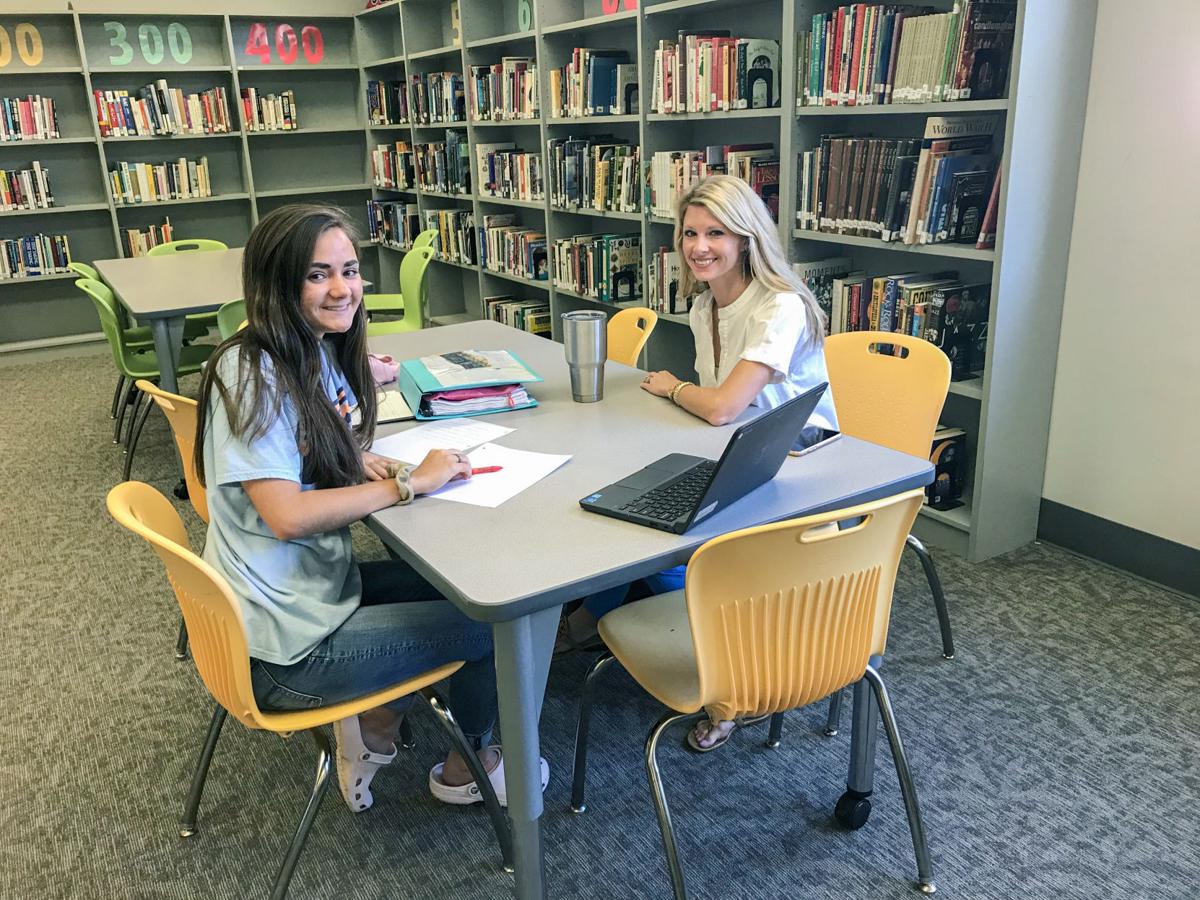 Community leaders, such as Lindsay Meacham (right) work closely with participants to finalize their plans. 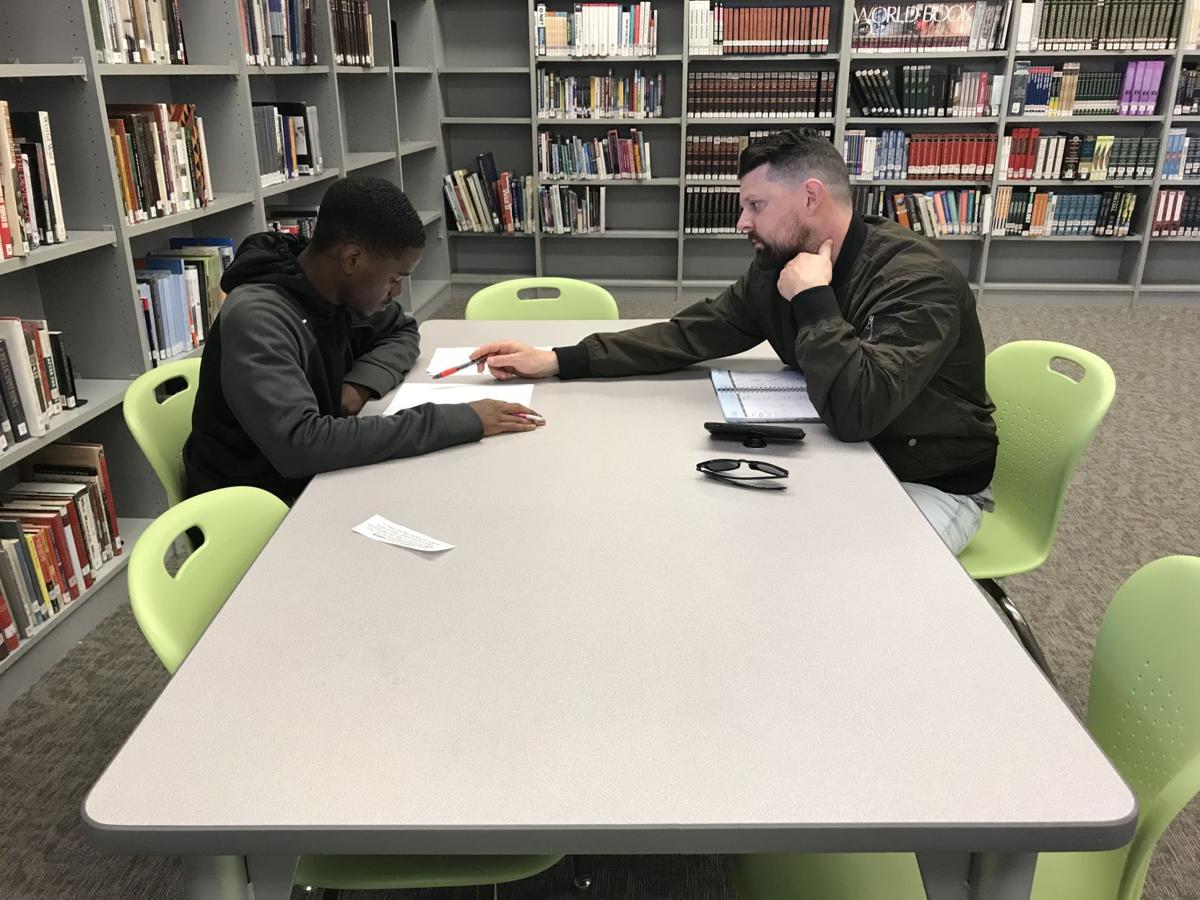 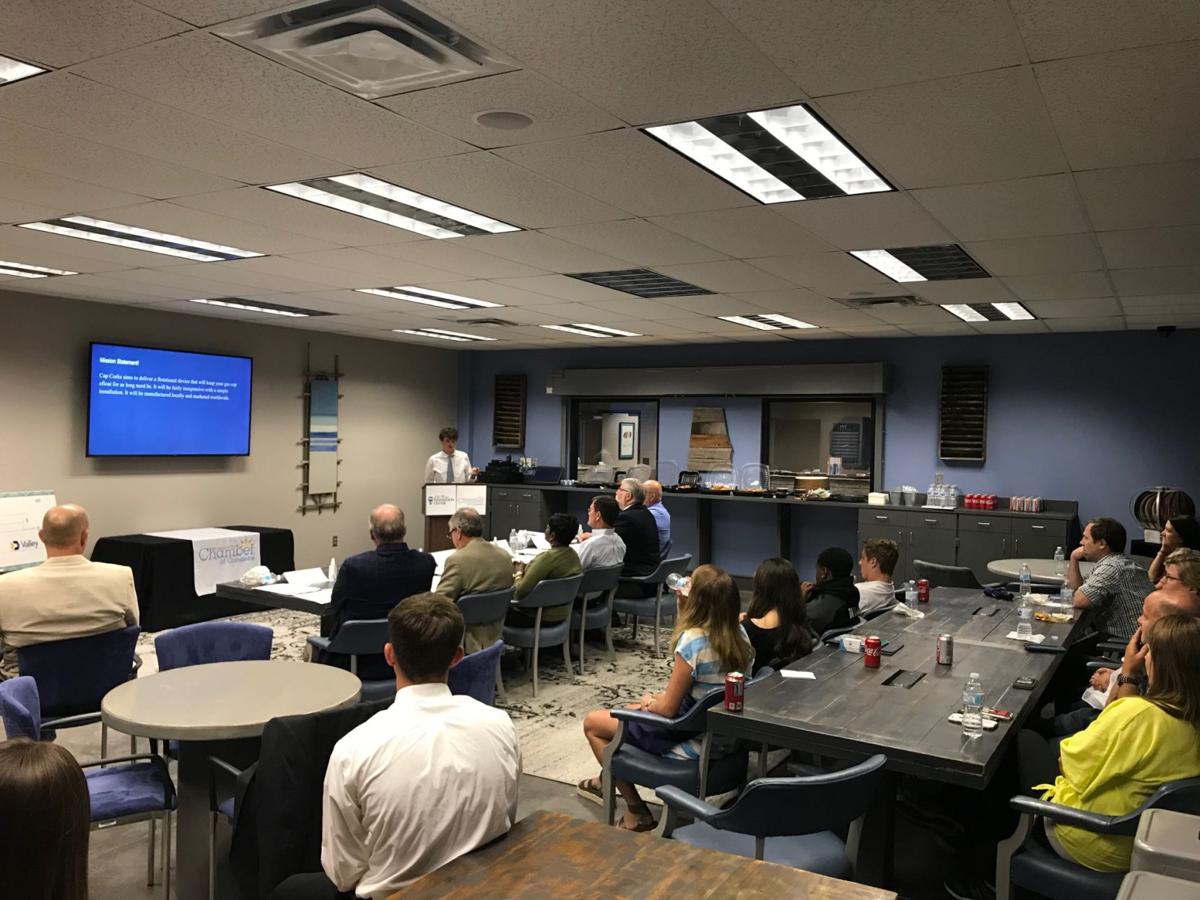 Students present their business proposals in front of a panel of judges, in a Shark Tank format

The 2019 WEA students with the panel of judges

Cameron Tolbert presents his original idea for a tire gadget

Tolbert changed his proposal to a detailing business, which is still successful today.

Community leaders, such as Lindsay Meacham (right) work closely with participants to finalize their plans.

Students present their business proposals in front of a panel of judges, in a Shark Tank format

With a growing interest to “be your own boss,” students at Benjamin Russell High School are offered the unique opportunity to learn the ins and outs of entrepreneurship. Younger generations can take advantage of the Wildcat Entrepreneur Academy, a yearlong program concentrating on the fundamentals of business.

“It’s an amazing opportunity for our local students and one that really highlights the partnership between the chamber, the Alexander City School System and our business community,” said Jacob Meacham, vice president of business development for Alexander City Chamber of Commerce.

The Wildcat Entrepreneur Academy is under the supervision of the chamber, which is fitting with its mission. Two parts of its five-year strategic plan focus on a partnership with education and promoting entrepreneurship as a prong of economic development.

“We want to foster a community of entrepreneurs. We’re laying the foundation of learning a business plan, marketing, public speaking, and there is real money on the line. We’ve given them the tools that no matter where they go, they will be helpful,” said Ed Collari, president and CEO of Alexander City Chamber of Commerce.

The WEA is open to students in grades nine through 12, as part of Mandi Durr’s entrepreneur class at BRHS. The objective is to educate students on how to run their own real businesses, concluding the semester with business plan presentations in front of a panel of investors with the hopes of receiving startup funds.

“I had already started my baking business, so by doing this program I finally got enough profit to be able to get things going with business cards, signage, etc.,” said Madison Fuller, owner of MG Bakes, a low-carb, keto and diabetic-friendly bakery. “The feeling of success when I walked in front of the judging panel was great. I ended up getting what I wanted, which is really the most accomplished feeling.”

Fuller began baking with her grandmother when she was little but began researching diabetic-friendly treats when both of her parents were diagnosed with diabetes.

“Eventually I’d like to have a storefront and convert back into regular sweets but still offer the diabetic ones as well,” she said.

The entrepreneur class begins with about 24 students and from August to December, students decide if they will move forward to the second semester. Usually about 10 students choose to participate in the academy, and Meacham said he wants to cap the maximum at about 12.

“Nothing is handed to you. We will help out, but the student does all the work. Those expectations often weed some people out. We want people who will represent the program well and interface with the community and local businesses in a professional way,” said Meacham.

During the class, students take field trips to local businesses run by entrepreneurs and also are presented with guest speakers who are experts in their fields, such as finance, marketing and public speaking.

“Every student who completes the program, regardless of where they’re headed after high school, is on a good trajectory because of this experience and having really challenged themselves,” said Meacham.

Once students have a pretty solid business plan in place, they are paired with a mentor in the community to help solidify the details and prepare them for the investor panel, which is made up of local business leaders.

“The mentorships involve someone from the business community going into the high school for six to seven weeks and working one-on-one with students. They help fine tune their plans and get them prepared to pitch their ideas. These community members are giving their time, knowledge, connections, and that’s really what makes this program tick,” said Meacham.

Cameron Tolbert, a sophomore at University of Alabama, completed the Wildcat Entrepreneur Academy in 10th grade after Durr really encouraged him to move forward with it. He also credits a lot of his success to his mentor Kevin Speaks, assistant vice president at Valley Bank.

“I didn’t even have a business idea when I started, but Mrs. Durr told me to do it anyway. I loved the mentorship; Mr. Kevin was a great mentor and helped me finalize my business plan. I won the second most amount of money,” said Tolbert.

While his original proposal of a car tire gadget fell through, Meacham let Tolbert propose a new plan to the panel to find a different way to use the granted funds. He ended up creating Tolbert’s Elite Mobile Detailing, which is still in business today.

“It’s pretty successful, and now I know I want to be my own boss. I probably would have never gotten to where I am now without joining the Wildcat Academy – at least not this early in life,” said Tolbert.

Some students choose to collaborate their skills and work together toward a business plan. Tyler Watts and Drew Morgan are a prime example of this partnership. Watts’ skills in construction paired with Morgan’s people skills made Lake Martin Woodcrafts a success.

“For me, the biggest aspect was the business experience and learning to work with investors and bankers and accountants,” said Watts. “I really got a feel for what it takes to run a business, and it’s a whole lot more than I expected. If you want to own a business one day, I would say definitely give this class a shot.”

Watts and Morgan no longer operate Lake Martin Woodcrafts, which is one struggle many graduates face when heading off to college. The resources just aren’t available in a college setting to carry out certain jobs.

“No matter what direction these students take, if you come back to this community, there are people and resources here to support you and help you achieve your goals,” said Collari.

Meacham added that the chamber and mentors continue to support students after the program has ended, and his goal is that at least one to three of them will succeed locally.

The total available funding pool to be split ranges from $6,000 to $9,000 each year, and the mission of the investor panel is to disburse those funds accordingly.

“Every student has gotten some form of funding through the program. They request a certain amount for their start-up needs, and the panel decides if they should be allotted that amount. Everyone gets rewarded, but it’s not always to the extent they want,” said Meacham. “The idea and commitment has to warrant that funding.”

The program leaders then work with each student as they determine the best way to allocate the money. Meacham said the chamber can either purchase things directly for them or they can bring back receipts and be reimbursed. Students don’t just receive a lump sum of money; they are advised on how to best spend it.

“After the investor panel, the students get feedback, thoughts and advice from the individuals who did the judging,” said Meacham.

The WEA is into its fifth year and was originally part of the nationally run Young Entrepreneurs Academy. When that contract ended after three years, the chamber realized it could support the program on its own.

“It’s a serious class. You have to go in with the mindset of, ‘Ok I need to sit down and really pay attention to what’s going on and learn from it.’ It’s not something you should take for granted,” said Watts, a sophomore at Auburn University.