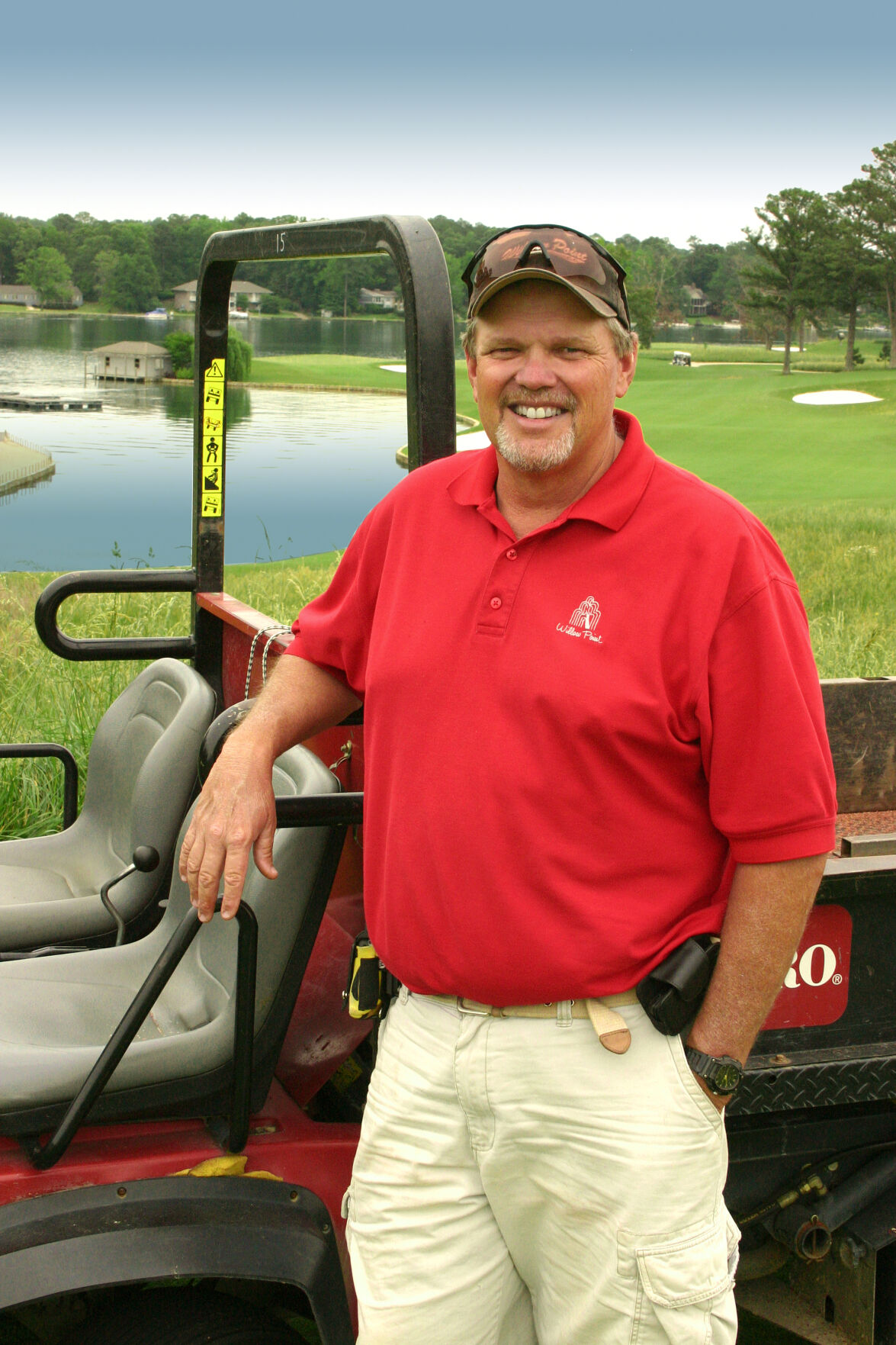 Willow Point's long-time course superintendent passed away after battling COVID-19 - a loss that will be felt throughout the golf community. 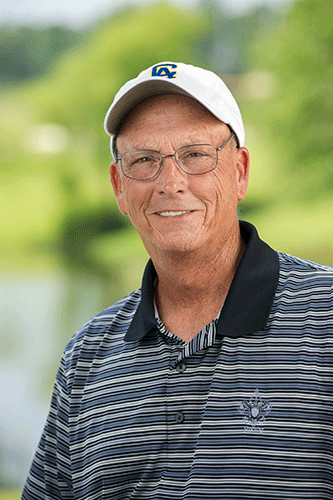 Thank heavens, we’re back! After seven long months, Central Alabama Community College Golf is back in action. The last college golf tournament we competed in was in mid-February. We were actually finishing up our final qualifying round at Willow Point Country Club, preparing for the Glenlakes Invitational in Foley last spring when everything was shut down. Thanks to all of those involved at CACC, the NJCAA and the Alabama Community College Conference, we were able to compete again in September. Boy, it felt good.

Leading up to playing Musgrove Country Club in Jasper for the Region 22 Preview Golf Tournament, I had the feeling that I was forgetting something. I get this same feeling whenever I step into my vehicle and forget my sunglasses or paperwork and on similar occasions. I pondered every step of our trip ahead, from making the practice round tee time to getting the team’s golf balls and gloves; having our entry fee check in hand; getting the trailer attached to the van; gas card to the van; picking up the boys; hotel reservations; batteries for rangefinders; back-up spikes; on-course bottled water and snacks for the team.

I remembered to pack the correct shirts and shorts, reminded the boys to bring their rain gear and umbrellas; had cash to buy meals for the team and on and on … but I just couldn’t put my finger on what it was that I was forgetting.

On the morning of the final day of play at 4:30 in the morning, as I stepped outside of the hotel with my first cup of coffee, it hit me … pants! I forgot to bring slacks in case the temperatures dropped.

And oh, yes, the temperatures did drop, and this old fella was chilly. Thank goodness I brought the rain gear because the rain pants came in mighty handy on this chilly morning.

This was basically a brand new team that was representing the Trojans in this tournament. Not a single one of these golfers was a regular on last year’s travel team. How their nerves would hold up for their first college tournament was a mystery, but as usual, I took the five boys that qualified the best.

Musgrove Country Club is a great older-design golf course. Players usually use all of the clubs in the bag during a round of golf there. There are dog legs that turn both right and left, a good mix of distances on all five par 3s, and of the four par-5 holes, one is a three-shot hole and the others offer opportunities to be hit in 2.

Unfortunately, the Club had to aerify the greens the week before for the health of the bent grass greens. They were a bit slower and a little bumpy but not awful. Because of the recent punching of the greens, approach shots stuck much more quickly than normal.

The boys handled the adversity quite well, especially in the first round. When we play tournaments, we play with five golfers and count the low four scores of each round for our team total. In round one, due to the boys’ excellent play, we didn’t have to use a 72. We used a 66, 70, 70 and 71 for the day. This total of 7-under par gave us a 5-shot lead on the field.

The final morning in Jasper, the temperatures dropped, but the scores went up across the board. CACC did finally win with a 9-shot victory over Jeff State Community College. I was delighted to see that these boys have the same desire to win and achieve as the teams they have replaced.

In upcoming weeks, we will play the 54-match play Friendship Cup against Wallace State; then, the Calhoun Invitational. We will finish the season with the Dan York Memorial Golf Tournament in Cullman in early November.

Keep your eyes open for good things coming from this CACC golf team. We have a very deep roster full of talented young men. I am so proud that they have kept positive attitudes through all of the adversity of social distancing, online and virtual classes, the wearing of masks and a downright dirty presidential campaign. I am blessed to witness character in the young people I am surrounded by daily.

One last thing about these boys, they are all registered to vote and are planning to do so in November. I hope you are as well.

Let me assure one and all, we are taking this pandemic of COVID-19 seriously. We have a strict protocol to follow, and we do not deviate. Every morning, the team must answer a bank of questions on the Healthy Roster app.

This app is tremendous and is used by the PGA Tour. It asks questions of the players about any symptoms they may be experiencing. Daily, I take the players’ temperatures. We practice social distancing. In the van on trips, everyone wears a mask. On the practice green at tournaments, scoring area and when entering the clubhouse we wear masks. More than ever, we all wash hands and carry and use a small bottle of hand sanitizer. We do not eat in restaurants; instead, we get our food to go and eat in our hotel rooms.

This year, there is a maximum of two athletes per hotel room. Thankfully, our sport is played outside, and the fresh air brings some normalcy to what we do. I pray that we see an end of these requirements by the virus becoming controlled in the near future, but as long as it’s around, we will respect it for our friends and loved ones.

The boys all looked great at this tournament wearing our new apparel line of Penguin by Munsingwear. Most golfers of age 45- plus might remember these shirts with a Penguin embroidered on the chest. The boys love the feel and performance of this line of clothing. The color schemes we are wearing this year also are very attractive.

Another new addition this year is the Mizuno Tour X golf ball. That’s right, aside from being one of the best iron manufacturers in the world, Mizuno is now making a tremendous golf ball. For years, Mizuno made a ball that was sold strictly in the Far East. In Japan, people wouldn’t be shocked to pay up to $100 for a dozen golf balls made by Mizuno. Now, these golf balls are available in the USA in the neighborhood of $35 per dozen.

The one drawback of the ball is that it spins more with a driver, which doesn’t affect most golfers. Long ball hitters see slightly shorter drives into the wind; however, with no wind or downwind, this ball scoots. It also is a bit softer than most of its competitors, and this softer feel allows for greater action around the greens. In putting, it has a buttery feel that I really like.

I can’t count how many times my golf team got up and down from around the greens for par or better at this past tournament. All things being said, this is a ball that everyone should try, it could become your go-to ball. Mizuno makes two different balls, the Tour and the Tour X. I use the Tour with my slower swing speed, and the players on my team use the Tour X.

On a very personal note, I have to imagine that nearly all of you know of someone who has contracted COVID-19. I’ve seen a few friends barely affected with symptoms; some slightly; and then, I have lost a few friends.

Just this week, my dear friend Cole McInnis, the long-time head golf superintendent at Willow Point Country Club, lost his battle to this awful virus. God fearing, hard working, love of family, country and Willow Point Country Club just scratches the surface in describing Cole. He is survived by his loving wife, Karen, his two children, Forest and Mallie, and his sister who resides in Gulfport, Mississippi.

Cole is remembered well as one of the finest golfers in Alabama. Certainly 13 club championship wins at Willow Point come quickly to mind. He enjoyed coming out to watch my golf team practice and was always positive in his comments to them. Cole was almost a John Wayne type of character with his size, swagger and both smile and stern facial expressions. He could be rough and tough, or he could be soft and compassionate, but always, he was a gentleman. Cole was amazingly strong, which came from the hard work he performed with his father in his younger years; and then, continued in his hands-on labor on the older design of Willow Point.

Back then, grabbing a shovel and digging a trench as the head superintendent was not a shocking thing to see Cole do; no job was beneath him. His peers in the trade admired him. Cole was brilliant. He was my friend.

I was fortunate to partner with him 13 or 14 years ago to play in the State 4-ball Championship at Willow Point. Our qualifying stroke-play round was anything but amazing. We barely qualified for match play, but in our defense Cole and I had both worked seven hours that morning before our round. We were seeded 16th and were to play against the No. 1 seeded team. If we had been in Vegas, odds would not have been on Cole and me to advance in that tournament.

As things turned, I cut Cole only three holes that day when I birdied 2, 4 and 11, but the rest of the round was the Cole McInnis Show, as he shot 29 on the front side and made birdies on 10, 12 and 13. In the fairway on No. 14, Cole hit his approach shot to 5 feet from the pin. Our opponents surrendered the match, and we won 5 and 4.

This week, we lost a champion of a man in Cole McInnis, and I will have a hole in my life without him here. I know he is with God, and now, I pray for his family and friends who mourn his life. Cole, you were loved by so many.

You may be a lot like me in becoming very tired of nearly every article, website, news broadcast and work-related announcement beginning with:…