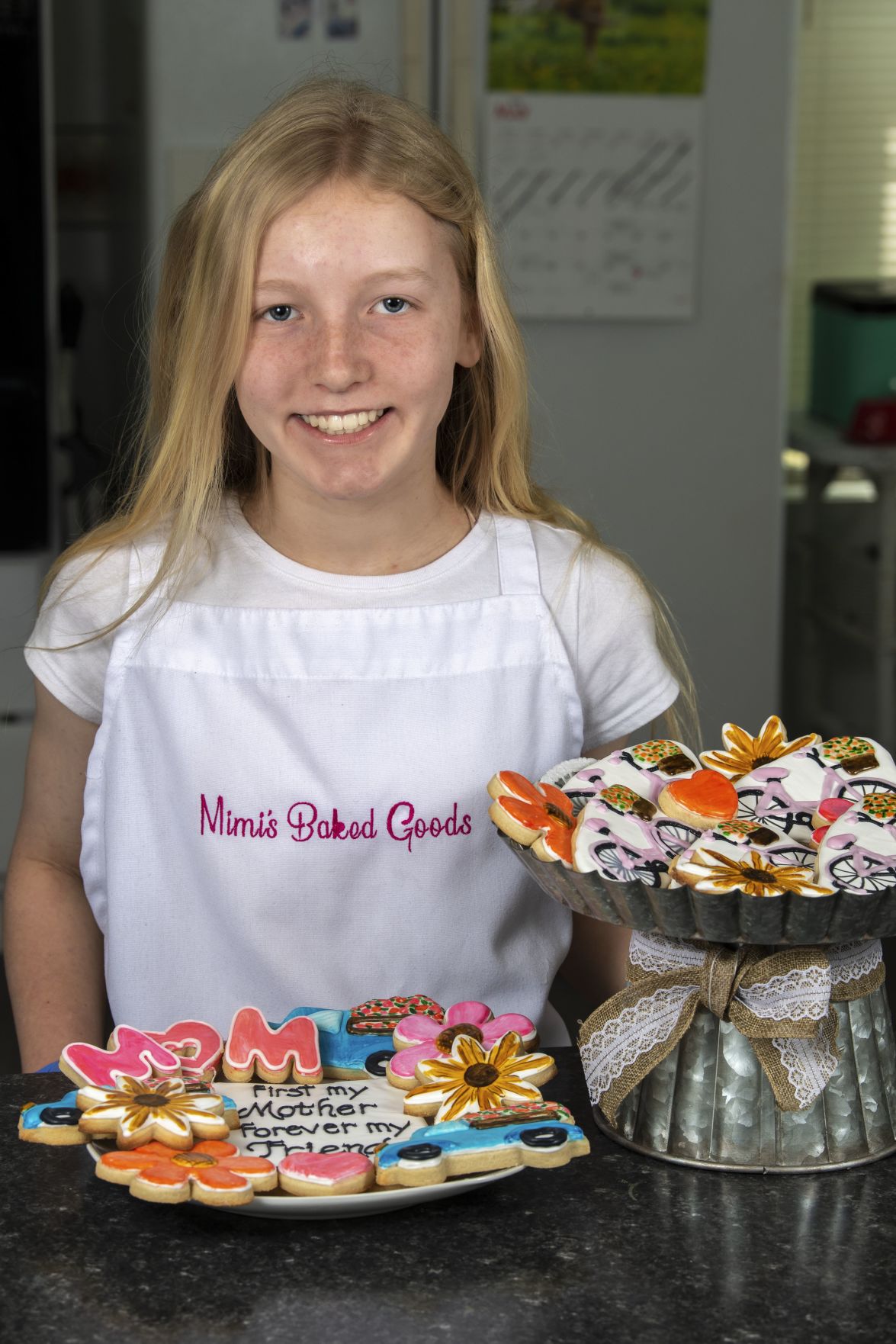 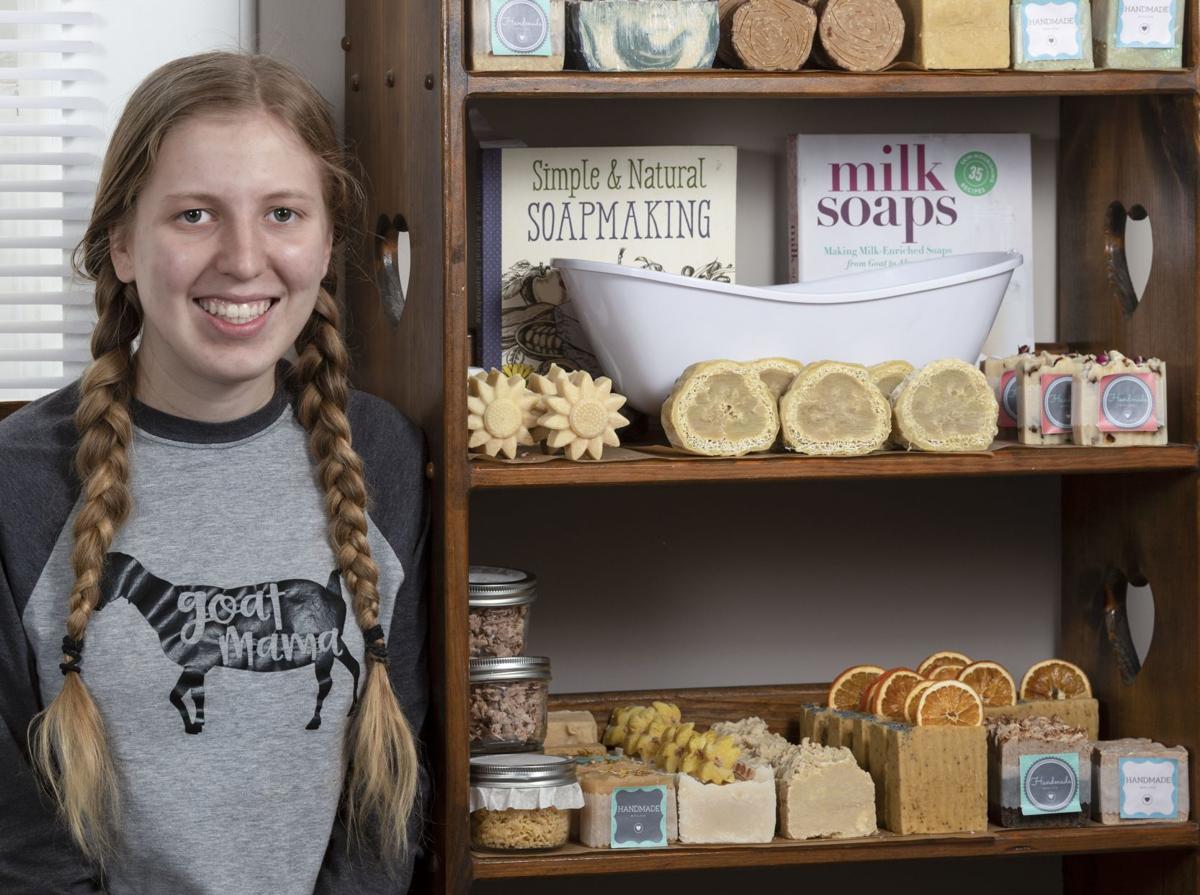 Lacey Rae started making beautiful, fragrant soaps when her goats produced more milk than the family could use. 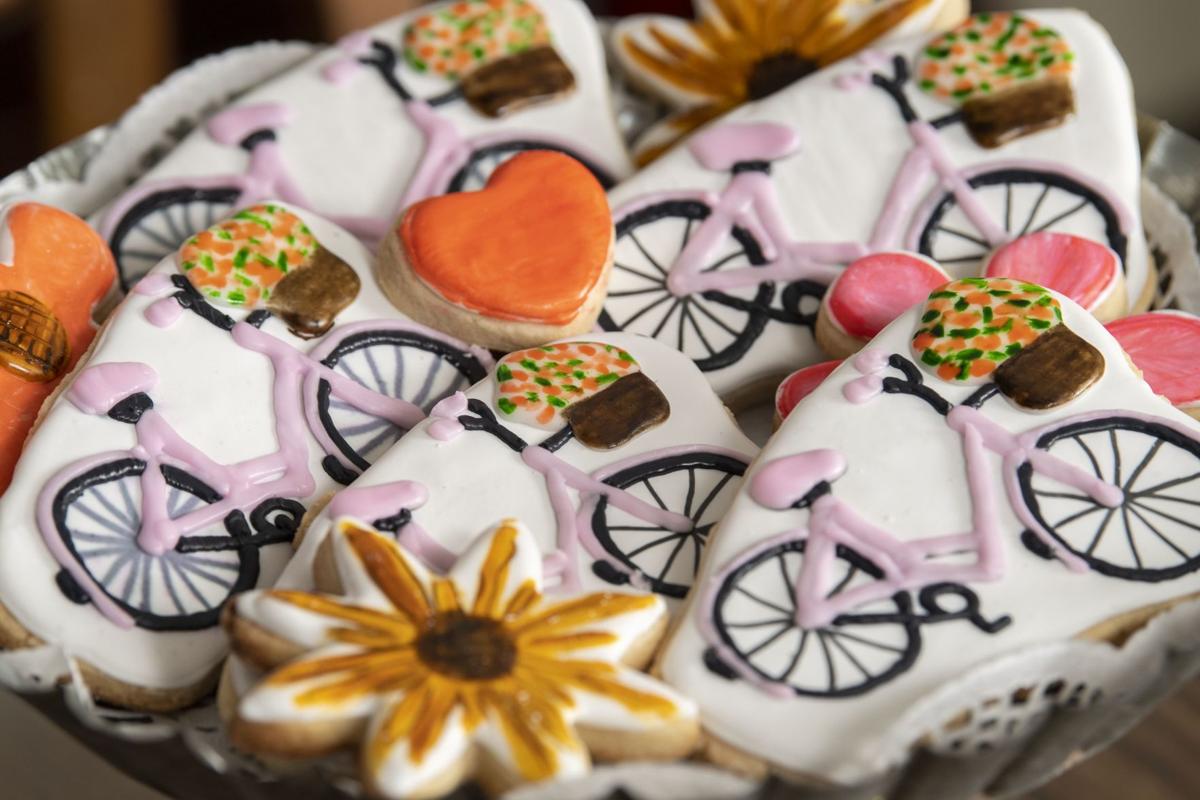 Mimi Heffelfinger started her own business baking cookies that taste as good as they look!

Lacey Rae started making beautiful, fragrant soaps when her goats produced more milk than the family could use.

Mimi Heffelfinger started her own business baking cookies that taste as good as they look!

“Mimi was just baking all the time, and we had more than we could eat, so we found out about the Cottage Food certification,” the girls’ mother, Crystal Heffelfinger said. “And Lacey just took the wheel and went out on her own.”

The Cottage Food certification is a two-hour class offered through the Tallapoosa County Extension Service. Business individuals producing foods in their homes for public consumption are required by law to pass the class.

When Mimi was little, she loved helping her mom bake, and as baking shows on television and online became a huge hit, Mimi’s desire went into overdrive.

“It really caught us all off guard that Mimi’s business exploded,” Heffelfinger said. “We were worried nobody would trust a kid, but once people started getting orders, she had to actually limit it.”

Mimi’s top-selling baked goods are sugar cookies with royal icing, which can be colored and flavored for a variety of custom occasions.

“I can do anything custom and different themes,” Mimi said. “I’m not shipping yet because you need a certain license for that, so I usually hand deliver to people.”

Mimi’s main markets are Rockford and Alexander City, where she has attended the farmers markets.

“I use different frosting tips to make roses and other designs,” Mimi said. “I just like trying different techniques.”

Her largest order was 300 cake pops for a wedding. She also has filled cookie orders of more than eight dozen. And she’s mastered the art of macaroons as well, which she makes with wheat flour since she’s allergic to nuts.

“It will be a nut-free bakery,” she said. “And I don’t work with peanut butter either.”

Mimi’s dream is to someday open her own bakery, but in the meantime, she receives orders through her Facebook page Mimi’s Baked Goods.

One dozen cookies are $15. The price drops to $12 per dozen when more than one dozen is ordered. Her cakes range between $25-$30, based on size.

Lacey Rae saw her sister’s business take off, and she decided to try her hand at making soaps from the milk her goats produced, which was more than the family could consume.

“I had lots of milk, and I didn’t know what to do with it, so I looked up how to make soap,” Lacey Rae said. “I’m self-taught; I just read about it. It was hard at first, but it’s getting easier.”

Her two Nubian goats, Daisy, 6, and Cashmere, 5, are her pets, as well as her profit.

“Nubians have a higher butter fat percentage so it’s a creamier soap,” Lacey Rae said. “Goats’ milk is really good for your skin. It breaks down dead skin cells and refreshes. It’s also the same pH as your skin, so it balances it.”

One bar of soap takes roughly three to six weeks for cure time. She pours the milk into a mold, and she cuts it into bars a couple days later; then, lets it sit for several weeks.

She incorporates a variety of oils and fragrances to produce different blends, and she offers soaps in diverse shapes and sizes.

The sales price is based on weight and usually is between $4 and $6 per bar. She also started taking her soaps to farmers markets last August and intends to start selling her Muscadine Creek Creamery and Soaps products, which also include bath bombs and lotions, in stores. Her products can be purchased or ordered through Facebook.

“I plan to start showing my goats in the fall and breeding them,” Lacey Rae said. “They are pure bred and registered.”

The sisters’ parents help with driving, delivering or packaging, along with setting up at farmers markets, but for the most part, the girls run their own shows.