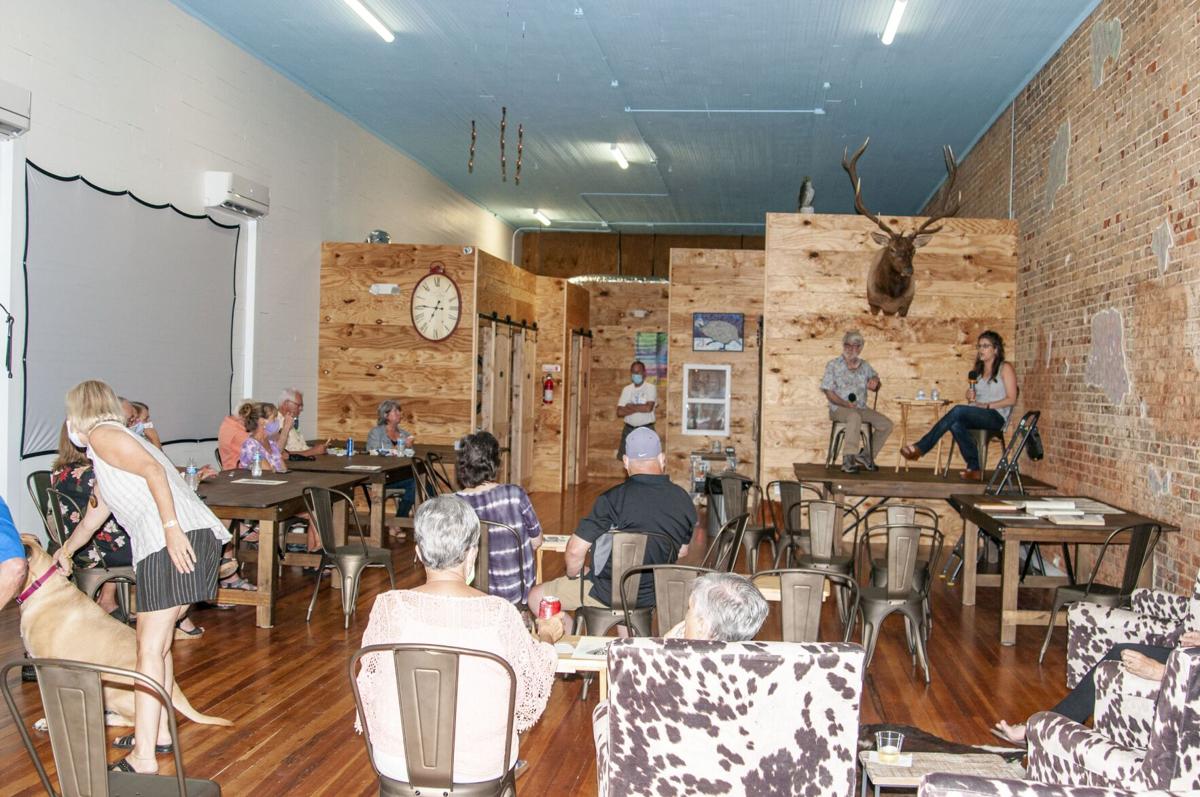 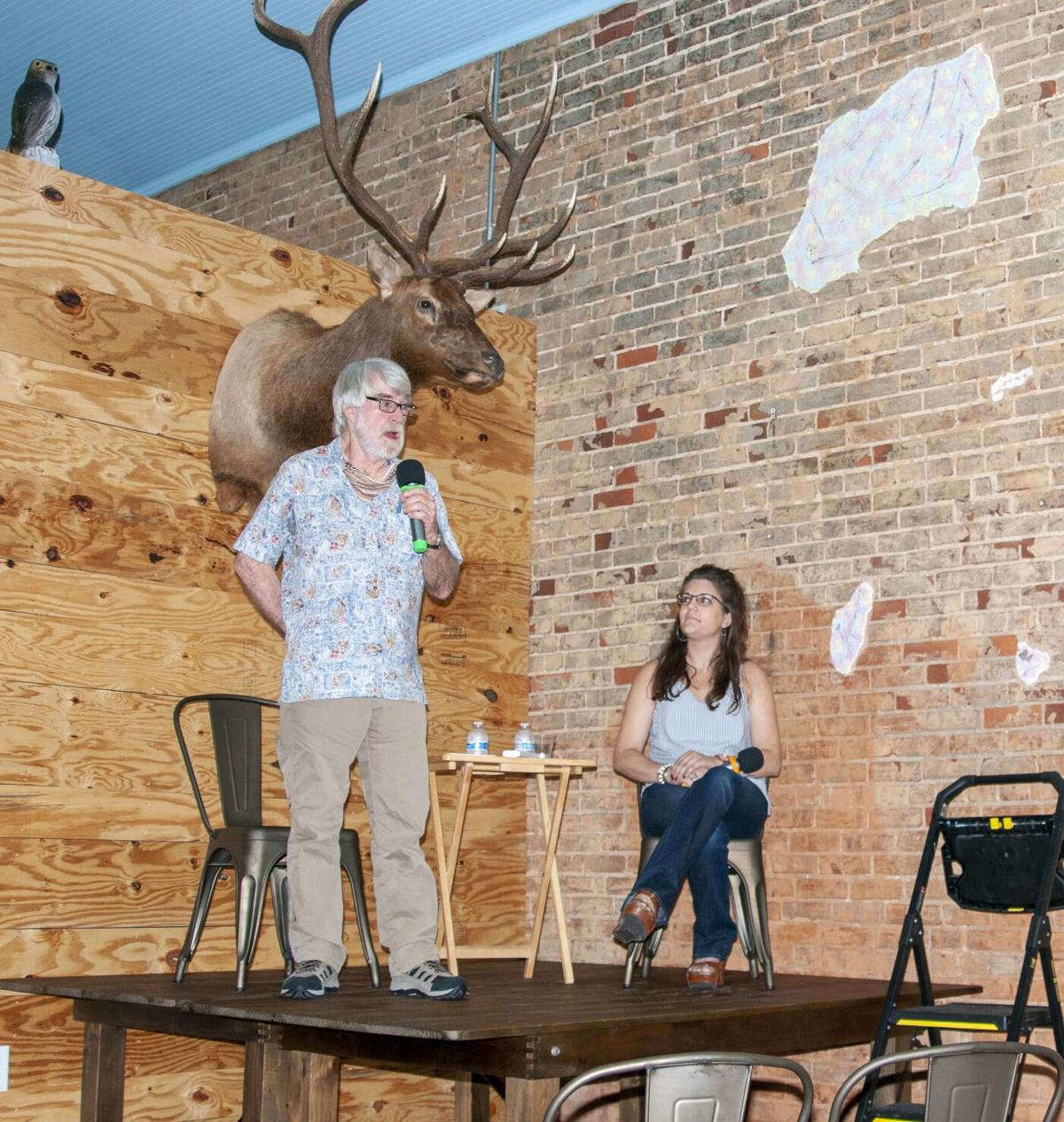 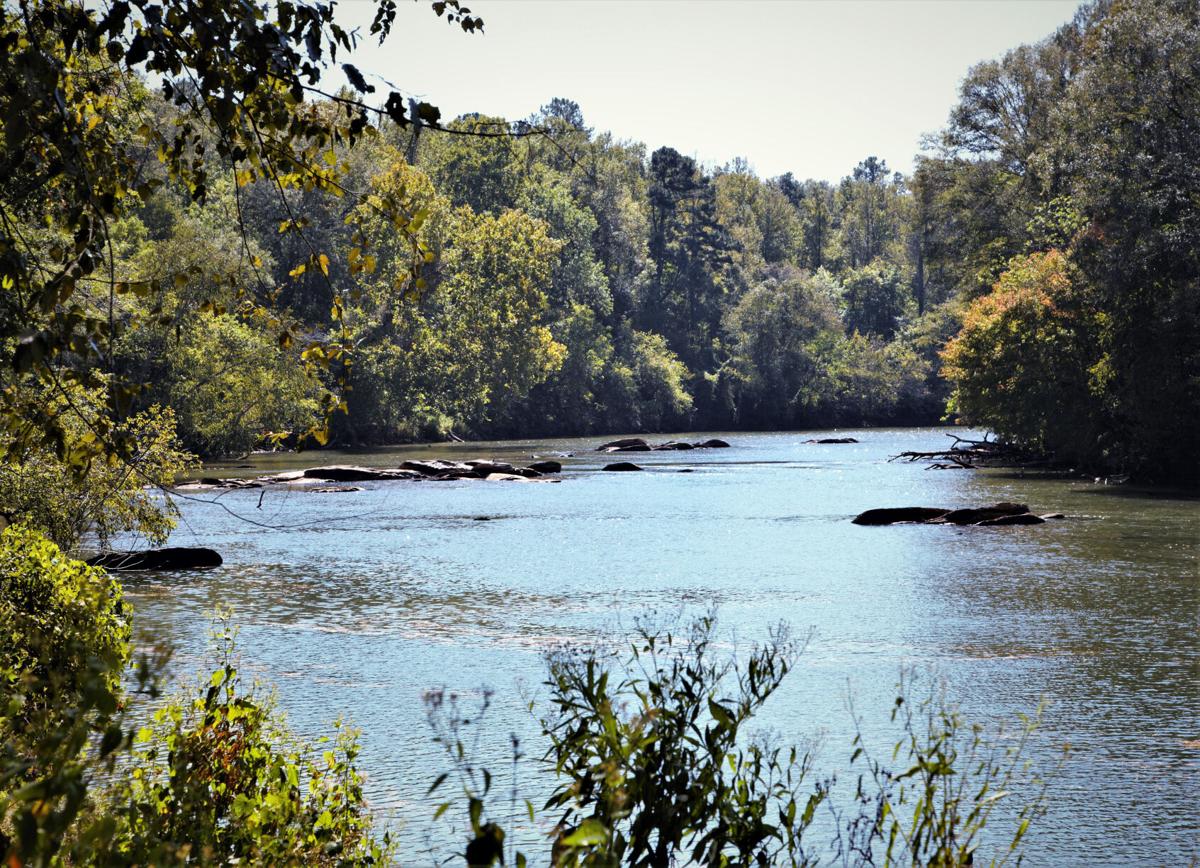 The Red Sticks tried to cross the river at Horseshoe Bend, but Jackson's troops and allies were already waiting on the opposite bank. 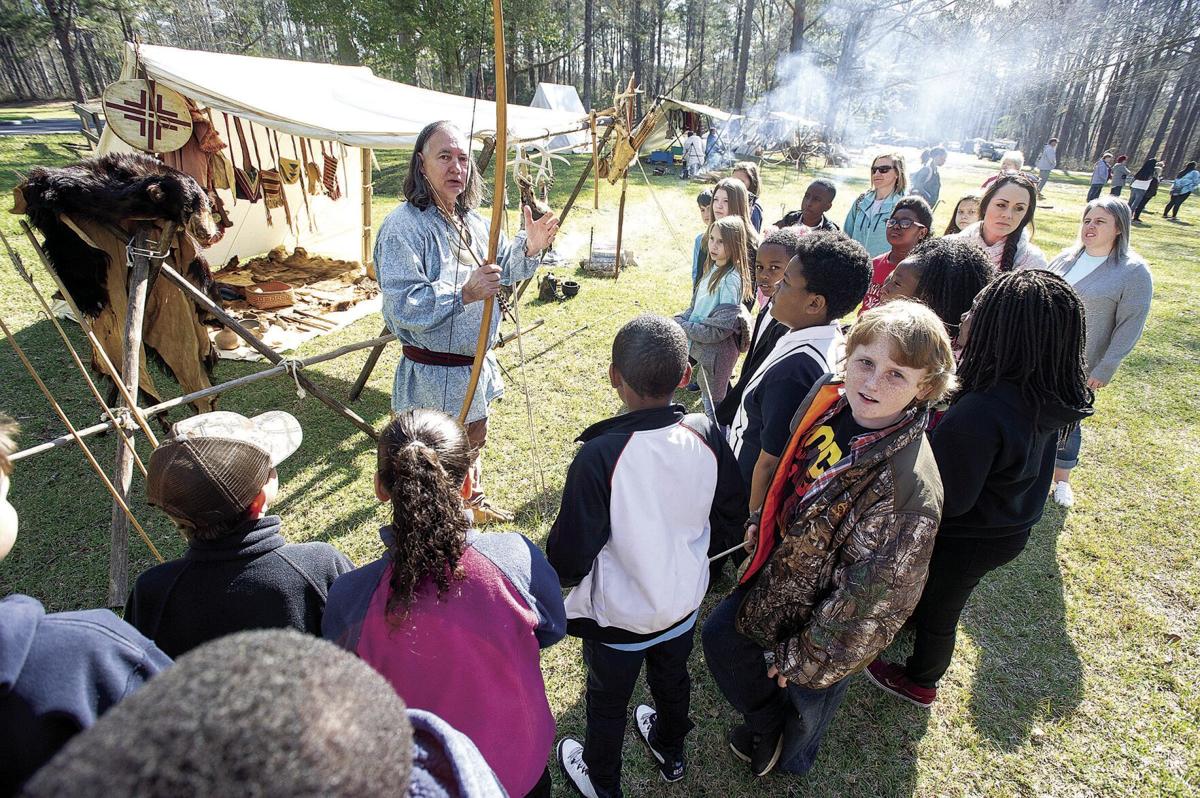 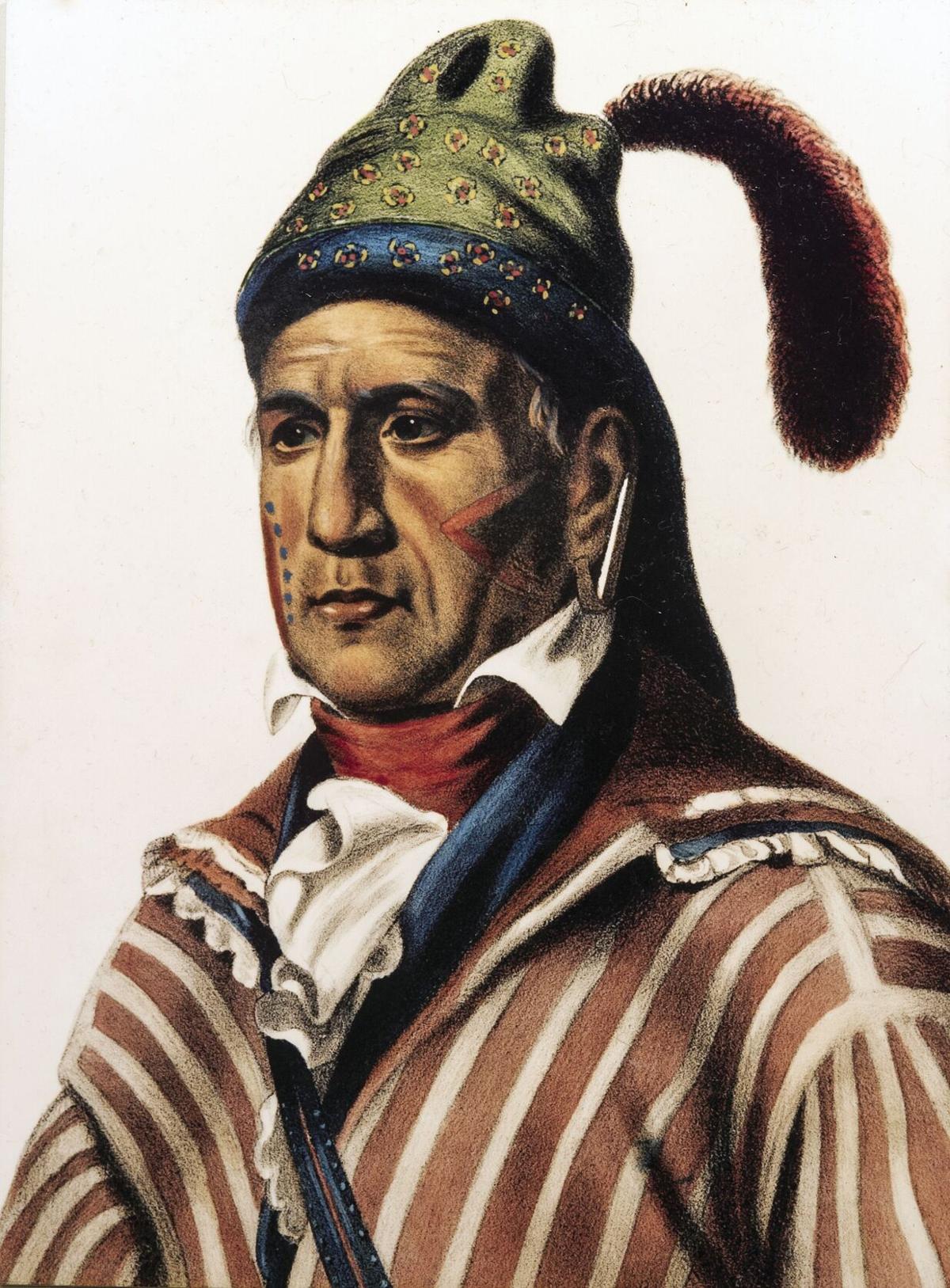 Menawa's portraits indicate his nose was not collected for counting after the Battle of Horseshoe Bend. 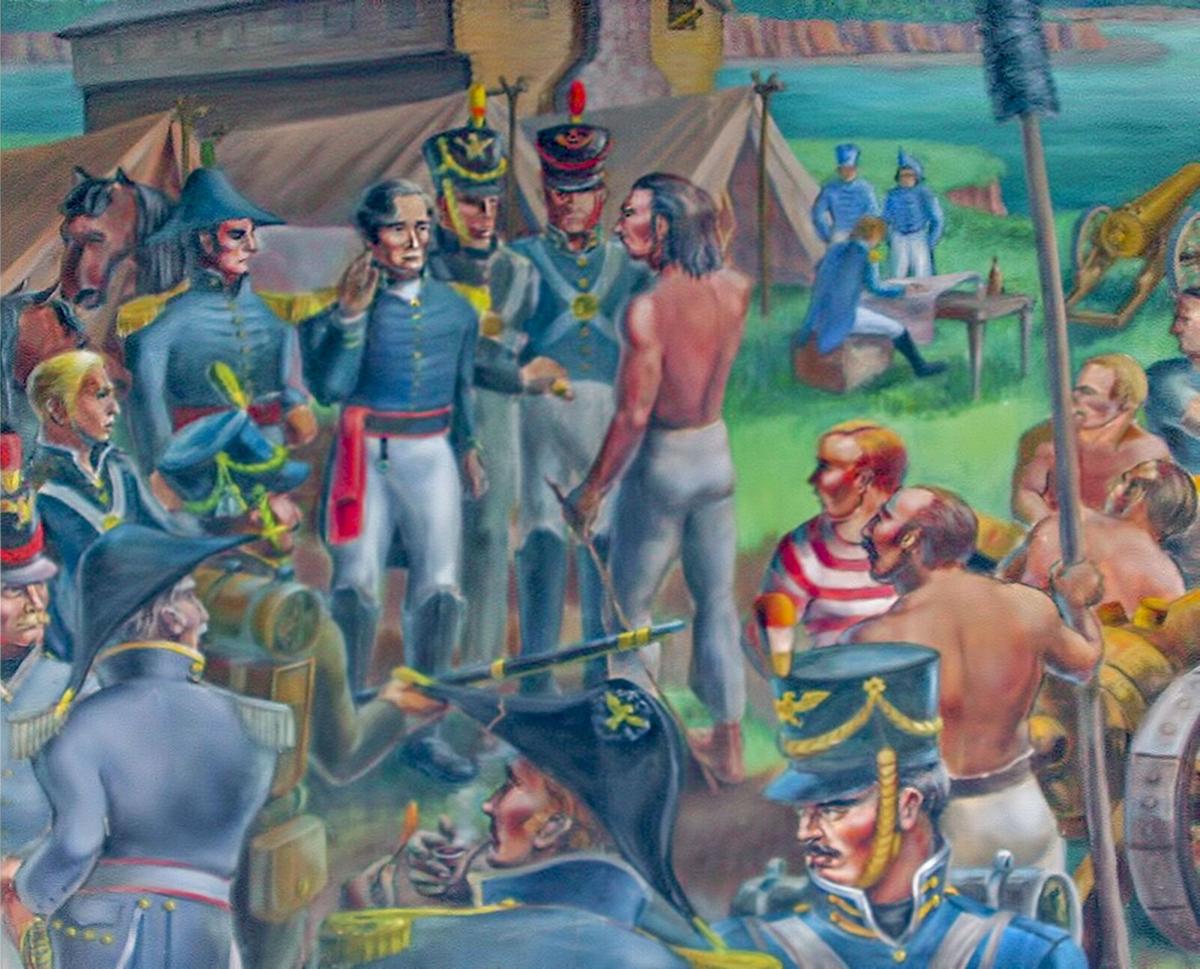 The Red Sticks tried to cross the river at Horseshoe Bend, but Jackson's troops and allies were already waiting on the opposite bank.

Menawa's portraits indicate his nose was not collected for counting after the Battle of Horseshoe Bend.

This is the first in a series of articles about the history of Dadeville. Moderated by TPI’s Amy Passaretti, speakers for the free Tales of Dadeville series will share the town’s history on the last Thursday evening of each month through October and the third Thursday in November. The series is hosted by Zazu’s Verandah at 128 W. Cusseta St. on the courthouse square.

A food truck will be on site at 6 p.m. at each event, and Zazu’s Verandah will be open for beverage sales throughout the evening. The storytelling begins about 6:30 p.m. or 6:45 p.m. each evening and lasts about 30 minutes with a question and answer session following. This month’s speaker will be Roy Mathis on Sept. 24.

When the Spanish came to this area up through Florida in the 1540s, they found a rich country and towns that were home to hundreds and sometimes thousands of people, mostly Creek clans, said Ralph Banks, a Dadeville native whose family history in the area dates back to 1852. Banks kicked off the Tales of Dadeville speaker series at Zazu’s Verandah on Aug. 21. He is a long-time volunteer at Horseshoe Bend National Military Park in Daviston and at Wetumpka’s Fort Toulouse.

Spain’s Hernando de Soto killed many Native Americans, some deliberately and many others through the spread of diseases to which the native peoples had no immunity.

Other Europeans came to the area 60 years later, including settlers from Georgia and South Carolina, and they found a much different place.

“The Spanish came looking for gold, and early traders wanted furs and hickory nut oil. By the time of the Revolutionary War, every major chief among the Creeks was at least one-quarter European, but they were very good at playing the European powers off each other. Of course, they ran into a problem when they started dealing with the American settlers because they wanted the land,” Banks explained.

Following the Revolutionary War, the Upper Creeks and Lowers Creeks, which included the Poarch Creeks, engaged in a civil war over the influx of European settlers. The Lower Creeks were complacent with the newcomers.

“They figured there wasn’t much they could do to stop it, but the Upper Creeks wanted to fight it,” Banks said.

During the War of 1812 between the U.S. and Great Britain, four armies converged on what is now Alabama, as the U.S. troops and Federal Creeks came against the Red Stick Upper Creeks while the British came against the U.S.

“Of the four armies, the most successful was Andrew Jackson’s army,” Banks said. “Horseshoe Bend was basically a fortified refugee camp, and the people there thought it was more defensible. They thought they could hold off long enough to escape by the river. That didn’t work out very well for them.

“The Red Sticks fought bravely, but they never had a chance. The Red Stick Chief Menawa was shot seven times and presumed dead. He waited among the dead bodies until it was safe to crawl to the river. He found a canoe and went downriver until he found someone to help him recover. The Muscogee Creeks nursed him back to health.”

Jackson’s men counted the dead by collecting noses, which were easily obtained with the swipe of a knife and were very portable during collection. This method also assured that each body would only be counted once.

Menawa had been shot at least once in the face, and artistic renditions made of him in subsequent years do not indicate that his nose was counted.

“They didn’t want to have to report the number of women and children that were killed, so they just said it was too many,” Banks said. “It was not the best time in American history. Maybe it wasn’t the worst, but it certainly wasn’t the best.”

Members of the Creek Nation belonged first to their clans. Loyalty to the Nation was secondary, Banks explained. There was a chief of the Wind Clan Lower Creeks that negotiated and signed a treaty in 1825 that ceded much of the remaining Creek lands to the U.S. His name was William McIntosh. He was a mixed race of Scots/European/Lower Creek ancestry and was only about one-quarter Creek; however, his power was acquired through his mother’s Wind Clan heritage.

McIntosh was a wealthy man. He was a plantation owner, and he owned slaves and several businesses. He supposedly was a leading figure in the Muscogee, but he put his English heritage first when he signed the treaty and took all the Creek land in Georgia away from the Creeks. He greatly overstepped his authority and made a deal he wasn’t authorized to make, Banks said.

He was tried for impeachment and found guilty. The Creek National Council appointed Menawa, who was known as a ferocious fighter, to carry out the sentence of execution against McIntosh, which he did.

When a new treaty was signed in 1832 and the land was split up and given to individual leaders’ households, Menawa was given 640 acres. He became a wealthy planter and cattleman.

The Creek chiefs and their households were given land but were encouraged to sell their property and move West, Banks said.

“Some of them sold it at a good price, but most of them got robbed,” he explained.

Many crossed from the Alabama territory into Florida to join the Seminoles in the Second Seminole War with the U.S. over the Seminoles right to occupy land. When the move West became forcible, U.S. troops had a hard time finding the Lower Creeks to push them out, so the troops employed Upper Creeks as scouts to track them down. Menawa was one of the scouts. When he arrived home after scouting for the U.S., he was told he had to move to Oklahoma.

In 1835, Major Francis L. Dade commanded 110 U.S. soldiers who were on a resupply and reinforcement mission from Ft. Brooke, which is now Tampa, Florida, to Ft. King, now Ocala. Seminoles attacked the Army, and only one U.S. soldier survived the attack, Banks said. Dade was killed in the attack.

The town was granted its first charter in 1838, and the first three buildings in the town were a saloon, a horse-racing facility and a cock-fighting ring, said Banks. The horse track was at the end of South and Carnation streets.

In 1852, Philip Shepard founded the Grafenberg Medical Institute in Dadeville, the state’s first medical school. John T. Banks came to the school and established the family that still thrives in the area today.

Nine years after its founding, a controversy arose at the school over the diagnosis of a woman. When she died, an autopsy showed that Shepard’s diagnosis had been correct, but during the autopsy, he cut his finger. He died a few days later from the infection.

“The Civil War broke out a few months later, and all the medical students left,” Banks said.

From 1865 to 1874, Dadeville was occupied by Yankee troops. The city lost its charter and was under Marshall law.

“A funny thing: It was against the law to sleep in church,” Banks told the gathering of 26 at the event. “Apparently, the troops could get out of duty if they went to church, so they would come to church and stretch out on a pew and fall sleep. I think the ordinance actually is still on the books.”

Dadeville Mayor Wayne Smith piped up. “Yes, it’s still on the books, but we haven’t enforced it in recent years.”

The town was incorporated for the second time in 1878.

“The town grew, but Dadeville never got to be a big town,” Banks said at the conclusion of his talk. A lively discussion ensued, and the listeners stayed until 8:30 p.m.

This month’s Tales of Dadeville speaker will be Roy Mathis on Sept. 24. The event will begin at 6 p.m. at Zazu’s Verandah at 128 W. Cusseta St. with the speaker’s presentation shortly thereafter.