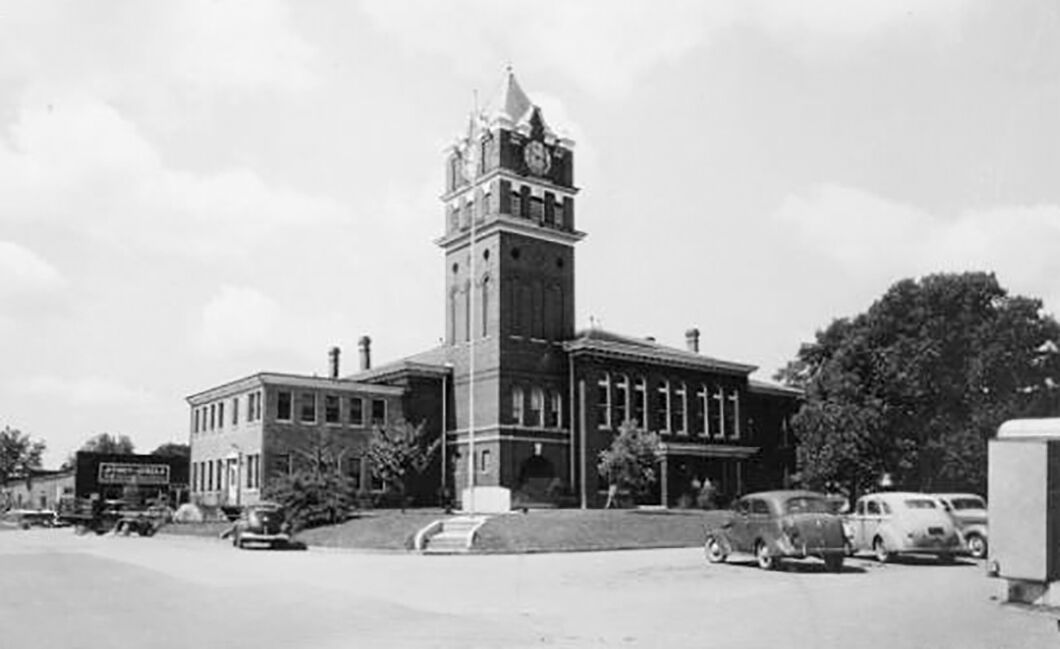 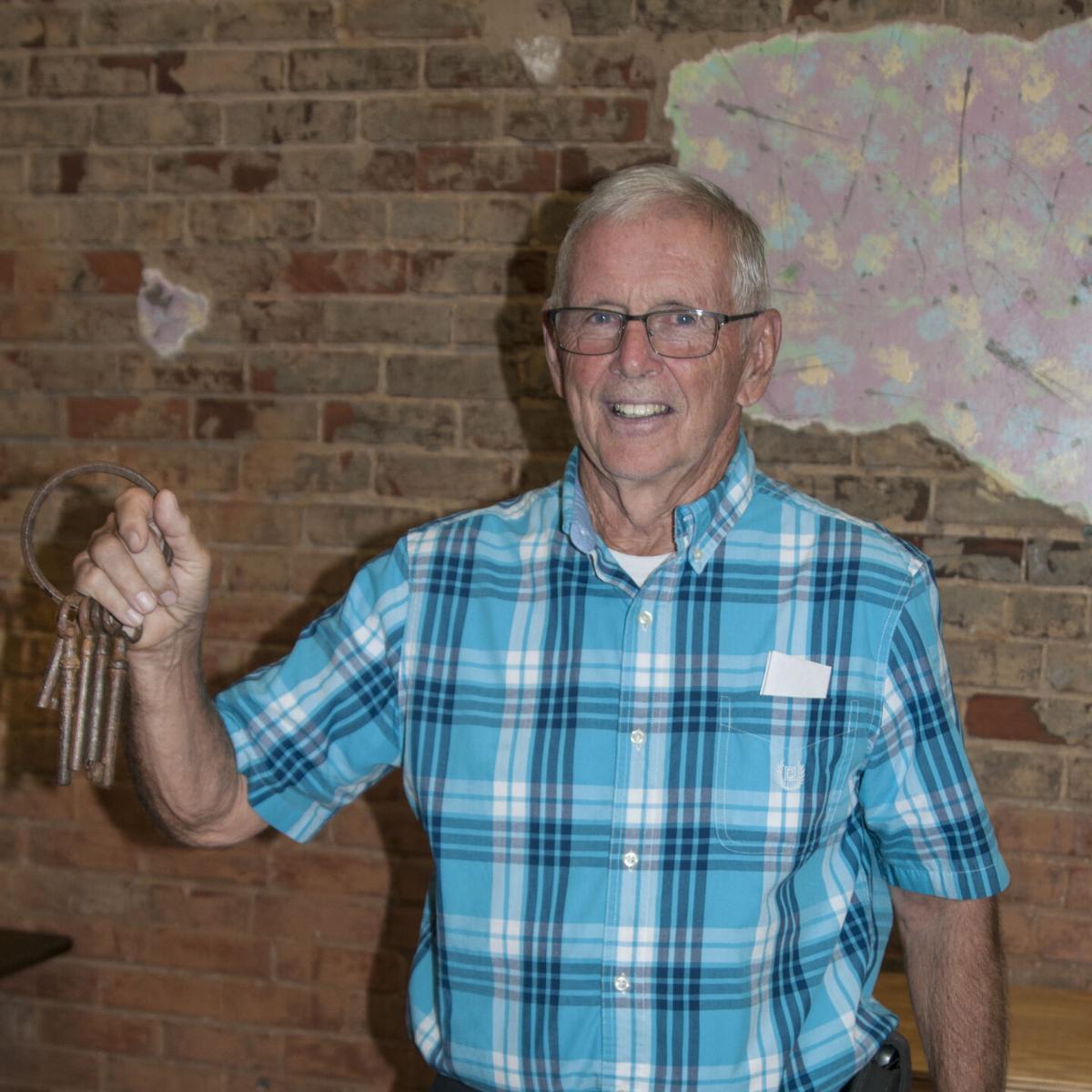 Roy Mathis holds up the keys to the original county jail in Dadeville. 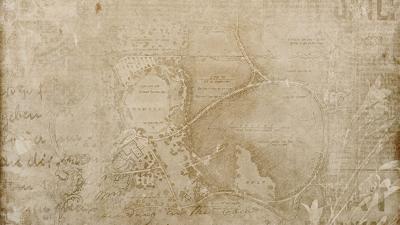 Roy Mathis holds up the keys to the original county jail in Dadeville.

This is the second in a series of four articles about the history of Dadeville. Moderated by Amy Passaretti, speakers for the free Tales of Dadeville series share the town’s history each month through Dec. 3. The series is hosted by Zazu’s Verandah at 128 W. Cusseta St. on the courthouse square.

The storytelling begins at 6:30 p.m. and is followed by a question and answer session. This month’s speaker will be Danny Hayes on Oct. 29, and Emma Jean Thweat will discuss the history of the courthouse square Nov. 19.

The series launched in August at the suggestion of Bubba Gibson. Mickey Forbus and Mayor Wayne Smith recruited the speakers. August’s presentation by Ralph Banks is featured in the September issue of Lake Martin Living magazine.

Mathis, a long-time local volunteer firefighter and former president of the Tallapoosee Historical Society, titled his presentation – the second in the series – as Dadeville: The Good, the Bad and the Ugly.

“Let me just apologize if I offend anyone,” he said.

Allowing for some overlap of content from Banks’ presentation in August, Mathis began his presentation with a clarification on the location of the horse track that was one of the earliest businesses in the new town of Dadeville.

“It began at the Methodist Church and ran to where the Baptist Church is now,” Mathis said.

The chicken-fighting ring was west of where the courthouse now stands, he said.

He reiterated that there was an Indian uprising in 1835 over the means by which the native peoples were being cheated out of their land. Bankers would buy up the property if an Indian offered to sell it, whether the Indian owned the property or not. The uprising is the basis for the idiom, “God willing and the Creek don’t rise,” Mathis said.

The Trail of Tears began locally at Old Suzanna, a once-prosperous burg that was flooded when Martin Dam backfilled the river valley. From Old Suzanna, the people were marched to Wetumpka; and then, on to Oklahoma, a two-month journey.

There was a woman of mixed race who operated a trading post in the area and was said to have buried her gold coins at the site with the intention of coming back for her money. She never did return, but several years ago, a collection of automobiles with Oklahoma tags was seen there. Whether they found anything or not, no one knows, Mathis said.

To care for the poor, the county commissioners in 1839 purchased 25 acres with a two-room cabin in which the town’s paupers could live. The commissioners paid Dr. Banks – the ancestor of Ralph Banks – to care for them, and the people grew their own food.

“That was how they took care of the poor,” Mathis said.

Luxury items also were taxed, he said. A man who owned a gold watch was taxed $1.25 for it; other watches were taxed at 50 cents.

When war came to Dadeville in 1861, local politician Michael Jefferson Bulger voted against secession but served as an officer in the Confederate Army when the State went to war.

During the war, the town of Dadeville provided salt to the Confederate effort, and when Yankees blockaded the town, people collected their wash pots and went to the gulf to get salt. When the Union Army came into town on Day Street one Sunday, the people on Lafayette Street dropped their silver into the wells to prevent it being confiscated. Most of it could never be retrieved.

“In New Orleans, which was occupied by the Union, the young ladies wanted nothing to do with the Yankee soldiers, and the soldiers resented that, so it was declared that the women were classified as women of the evening – prostitutes – and the soldiers could do anything they wanted with them,” Mathis said.

On the lighter side, he told the story of a Confederate captain whom the Yankees captured.

“His fiancé carried on so with the Yankee officer, just crying and caterwauling, that the Yankees pardoned him just to get rid of her,” Mathis said.

The first courthouse was a temporary 20-foot by 20-foot log structure with a dirt floor, which was replaced by a 60-foot by 40-foot building on the site of the present courthouse.

The first jail, he said, was located in the area that now is home to the Tallapoosa County Health Department and the Dadeville Fire Department. Built in 1837, the building was renovated in 1883 to accommodate a hanging facility for capital punishment.

“People came from all over to see the hanging of two escaped convicts in 1893. They had murdered a man and stole his shoes, but they were in such a hurry after they killed him, that they put the shoes on the wrong feet, and that’s how they got caught,” Mathis explained.

After the turn of the century, Coca-Cola Bottling Co. came to the area when Allen Wilder purchased the Camp Hill business and moved it to Dadeville.

“The marketing strategy was that the company would give a kid a nickel to go in a store and ask for a Coke. Of course, the store didn’t have it, so the kid would leave. About two hours later, the Coke truck would come by, and the store owners, of course, would buy a case or two,” Mathis said.

The series will continue on Oct. 19 when Danny Hayes will present a program on the Mitchell family, which was instrumental in the nation’s electricity grid and the building of Martin Dam. Emma Jean Thweat will discuss the history of the courthouse square on Nov. 19. The storytelling will begin at about 6:30 p.m. at Zazu’s Verandah, 128 W. Cusetta St. in Dadeville.

This is the first in a series of articles about the history of Dadeville. Moderated by TPI’s Amy Passaretti, speakers for the free Tales of Da…