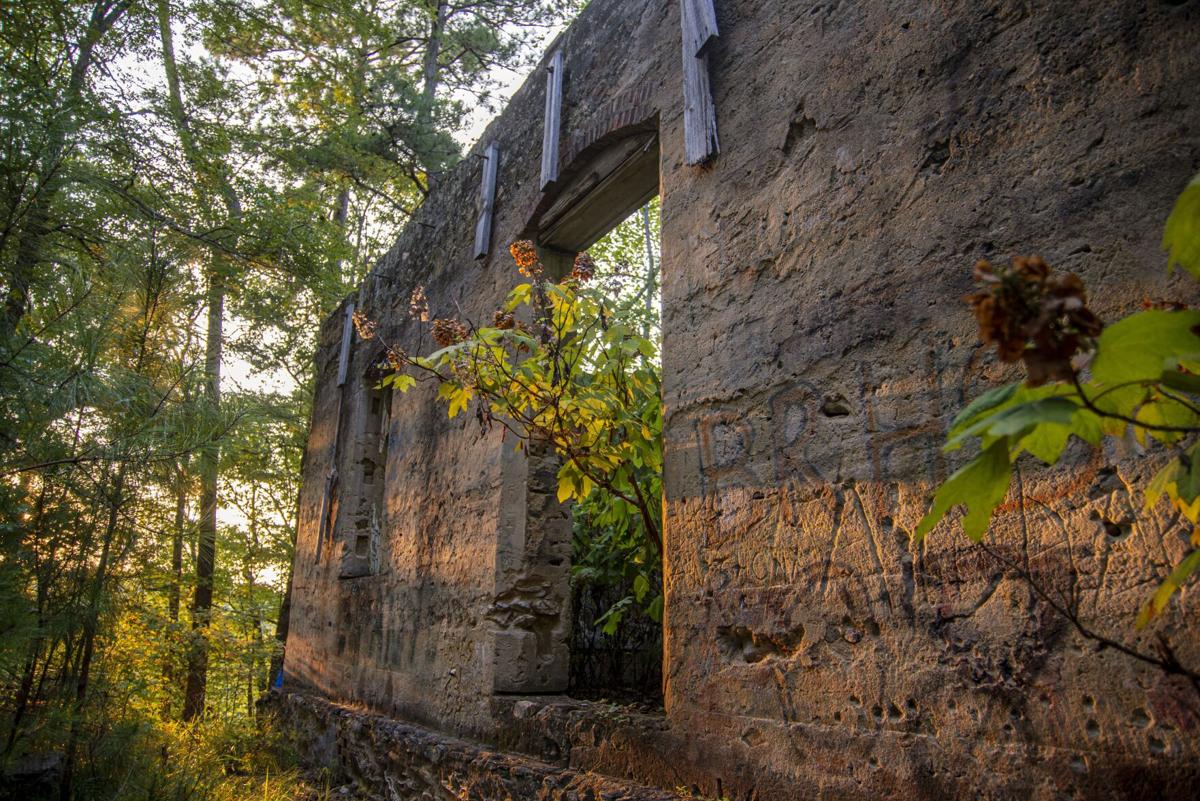 The walls of the Sturdivant Manison still stand today. 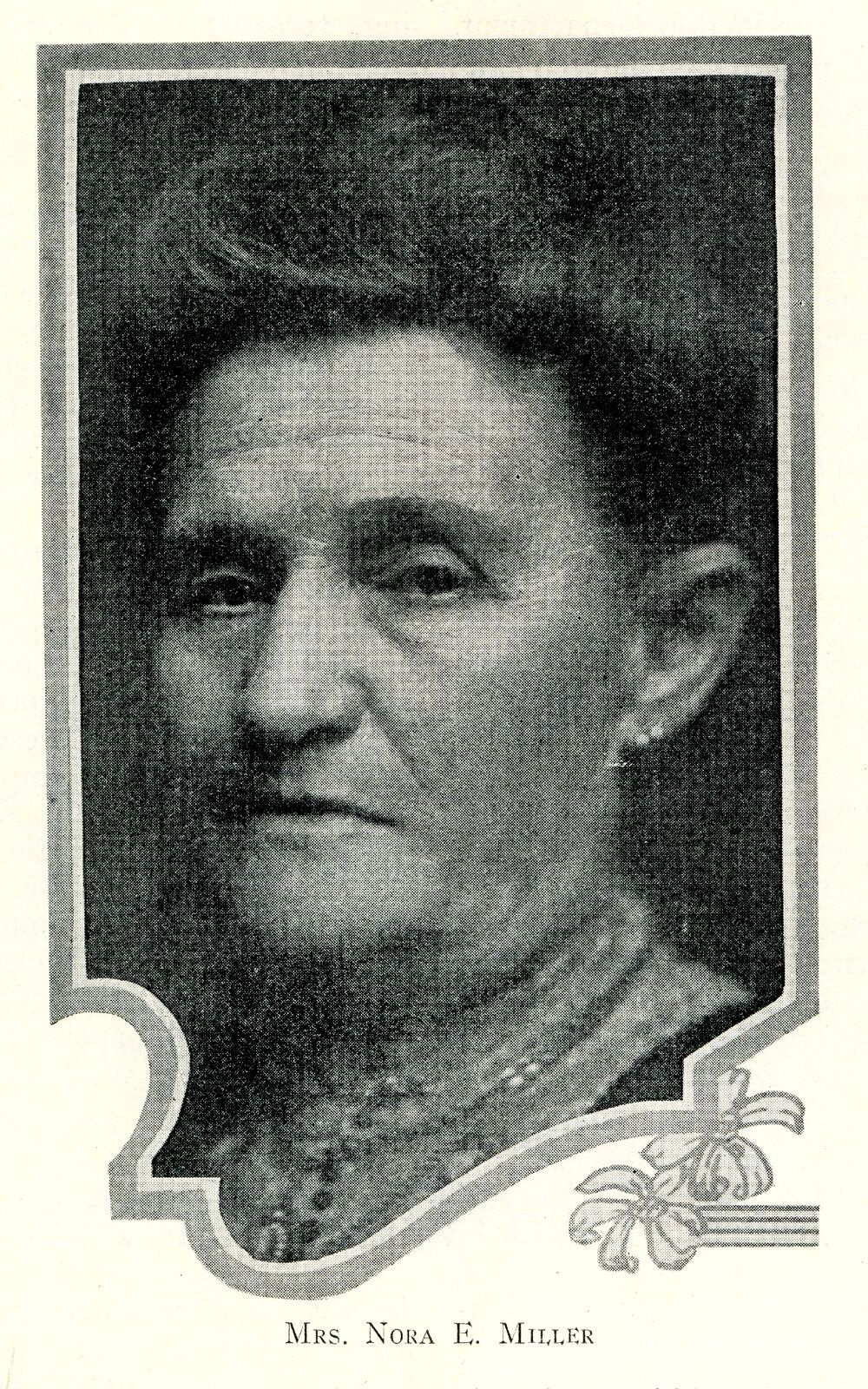 Nora Miller was an early investor in Martin Dam and may have owned the first automobile in Dadeville.

The walls of the Sturdivant Manison still stand today.

Nora Miller was an early investor in Martin Dam and may have owned the first automobile in Dadeville.

Dadeville’s Roy Mathis returned to Zazu’s Verandah Dec. 3 for part 2 of his Tales of Dadeville presentation – The Good, the Bad and the Ugly. Mathis presented the first half of his telling of Dadeville’s history on Sept. 24. He left his audience hanging with the story of two escaped convicts that received a death sentence for killing a man. After they killed him, they stole the man’s shoes, which led to their apprehension.

Mathis began part 2 of his presentation with an explanation for the end of the exchange of prisoners between the North and the South at the end of battles in the war between the states.

“When Gen. Grant came in, he changed the policy because Southerners, when they were exchanged, they would go back to the battlefield, but Yankee soldiers would go back home,” Mathis said.

Mathis discussed the subsequent plight of prisoners and encouraged the audience to visit the Andersonville National Historic Site in Georgia.

“Take your children and grandchildren to Andersonville. It is a learning experience of how prisoners were treated, not only during the War Between the States but also through all the wars,” Mathis said.

“We are still paying for the War Between the States,” he added. “In 1863, Congress founded income tax to finance the war. We have been paying for it ever since. In 1863, the tax was 3 percent. Now, the lowest tax bracket is 10 percent.”

Reconstruction brought tough times to the Dadeville area, Mathis said, as nearly 25 percent of Dadeville’s population moved to other areas.

Fortunately, prosperity returned in 1972 when the train came to Dadeville from Opelika.

“The lifestyle changed. Dadeville was on the map,” Mathis said. “You could order things, and they came in on the train.”

The railroad also brought vices. At Slaughter Crossing, the railroad built a house of ill repute to service railroad workers.

“That was also true of the big house at Sturdivant. Traveling salesmen could stop there and get a good meal and a night’s sleep, but also girls,” Mathis said.

When the train rolled into Dadeville or Alexander City during the depression, a sheriff’s deputy would meet the train and make sure that no hobos got off.

“They had to make sure no homeless people got off the train. They couldn’t feed the people they already had in town. They didn’t need any more,” Mathis said.

Electricity came to Dadeville in 1901, he said.

“Most people think it was Martin Dam that brought electricity but in Dadeville, we got it in 1901 from a power plant on Heron Street. It came from Bug Creek or Sandy Creek,” he said.

A few years after that, Nora Miller helped to establish the site of Martin Dam, he said.

“Nora Miller was a very well off woman. She built the Miller Hotel for $35,000 (almost $1 million in today’s money). She owned a lot of property in Dadeville and invested in the precursor to Alabama Power,” Mathis said.

“She might have had the first automobile in Dadeville. Funny thing, she had a car, but there were no gas stations. She had to have gas brought up from Wetumpka, so she could drive it,” he said.

Then, roads needed to be upgraded for the use of automobiles, and all able-bodied men had to work five days on the road.

“That was the law,” Mathis said.

After World War I, the Great Depression hit. Ledger books in the Tallapoossee Historical Museum in Dadeville include references to the purchase of “dope” for 5 cents.

“Coca-Cola was called dope because it had cocaine in it those days,” Mathis said.

“There were two banks in Alex City, and they did not go under. They took care of their own, but they didn’t help the people in Dadeville. The Tallapoosa Bank, Dadeville, Camp Hill and Waverly all went under, but Alex City banks did not. They supported their own side of the river but not others,” he said.

But even so, the banks in Alexander City were not in as great a shape as they let on, he said.

“A man who had a lot of money on deposit at a bank in Alex City decided to go down to the bank to see how sound the bank was. Well, the bank didn’t have enough money to cover what the man had on deposit, but the bank president heard he was coming, and he came up with a plan. He put some big No. 2 washtubs in the safe and filled them with rocks; then, he covered the rocks with silver dollars,” he said. “All the silver dollars they had in the bank were poured over those rocks, and when the man came to see the president of the bank, the president took him into the bank vault and showed him that they had plenty of money, but all those washtubs were full of just rocks.”

People learned not to trust the banks during the depression, Mathis said, and from then on, they kept their money elsewhere.

“As a firefighter, I went to a fire where a man’s house was burning, and he said, ‘Let the house go but save the freezer.’ That’s where he had all of his money, in the freezer,” he said. “In another house fire, it was the Bible. It was full of money between the pages.

Then came World War II, which ended the depression because it put people to work, he explained.

“We are breaking a city ordinance right now,” he said. “We are sitting here with the lights on, but it was a law in World War II: blackout. No lights on. It’s still on the books.

“When a German submarine was found off the coast of the Carolinas and Georgia, troops were placed at Martin Dam.”

The area was greatly affected by World War II. A bin was placed downtown for people to fill with their scrap metal, and in March of 1945, a B52 crashed in Lake Martin.

“It was struck by lightning. The military came in to investigate, but they only found one of the three bodies.”

Mathis said that the Second Amendment is the reason the U.S. was not invaded during World War II.

“There were 10 million people in the U.S., and everybody could have a gun – and everyone knew how to use them,” he said.

He told the story of the Dadeville High School class that sowed turnips in the lawn of the newly renovated courthouse in 1960.

“When the courthouse was done, there was no sod, but the construction crew had spread grass seed. The senior high school class went out at night and sowed turnip seeds in with the grass, and later on, there was a turnip crop on the courthouse lawn,” Mathis said.

In 1976, the bicentennial was a big event in Tallapoosa County. Mathis was the Dadeville chairman, and the committee published a history book.

One of the local bicentennial celebrations included a kangaroo court event.

“Fred Wilder walked around town with a whiskey jug and a piece of rope tied in a noose. There was a couple that drove into town and didn’t know what was going on. They saw Fred Wilder and asked him what was happening. He said, ‘There’s gonna be a hangin.' Well, they drove out of town real fast.”

Mathis ended his tale with a story about the two taxis that once served Dadeville. They were not used for travel so much as for deliveries, he explained.

As the Tales of Dadeville speaker series at Zazu’s Verandah concluded and patrons, most of whom had attended all of the series events, filed out, they lamented that the series had come to an end and hoped another series would be started soon.