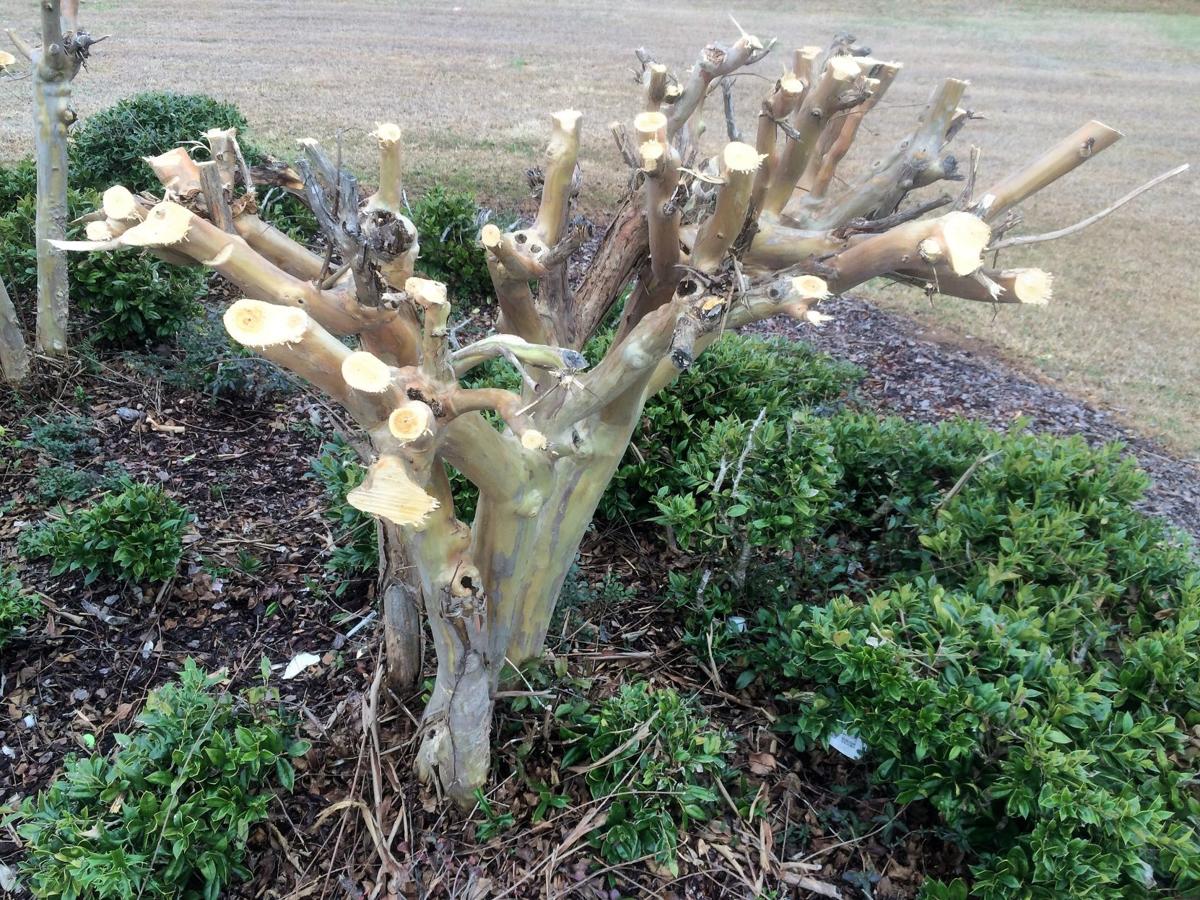 Extensive pruning or cutting crapemyrtles back each year only causes them to vigorously grow back what was removed.

Whacking back crapemyrtles to leave only three or five main trunks creates an eyesore and is not recommended. 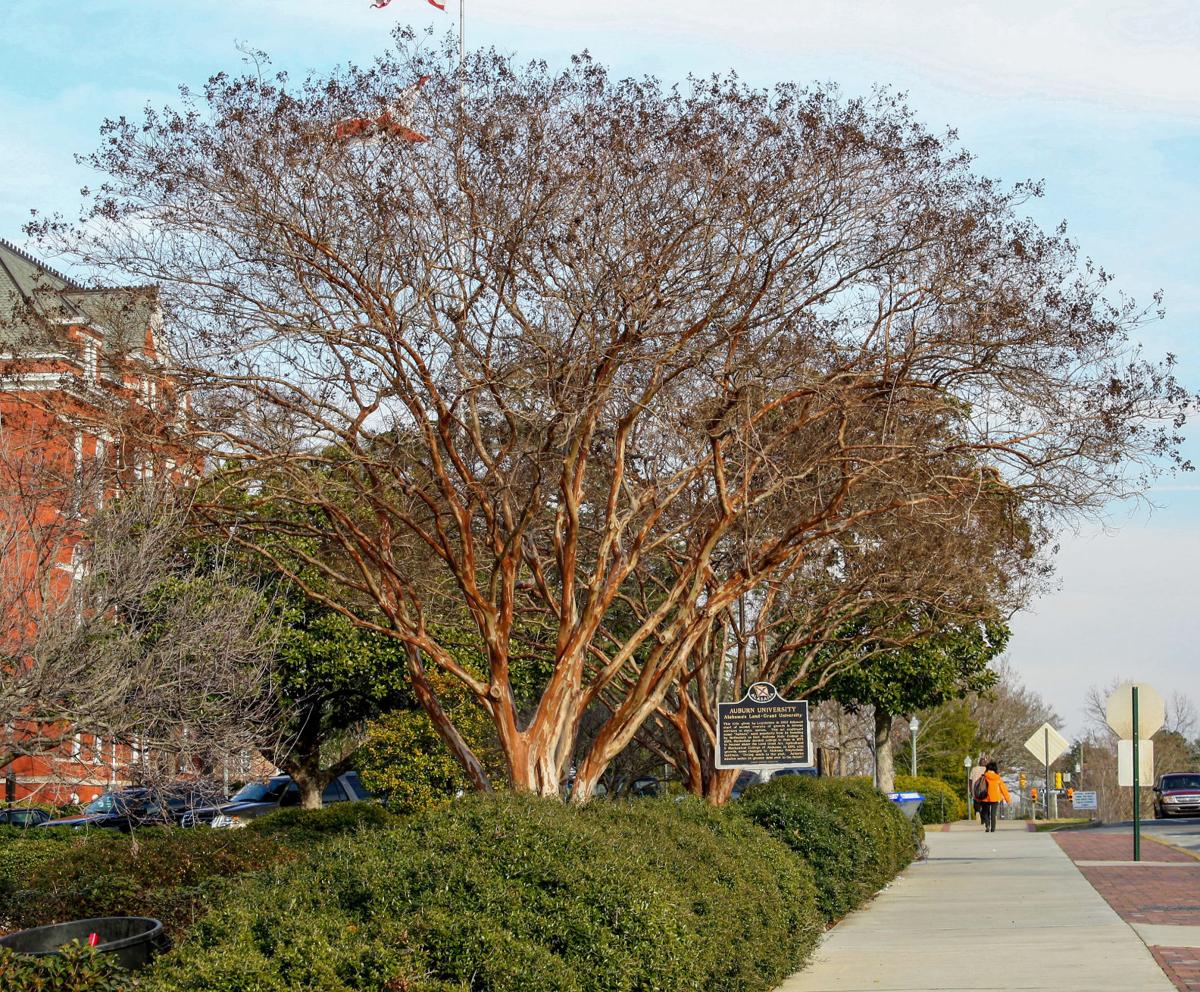 Crapemyrtles can grow up to 30 feet tall, so select an appropriate size based on its location. 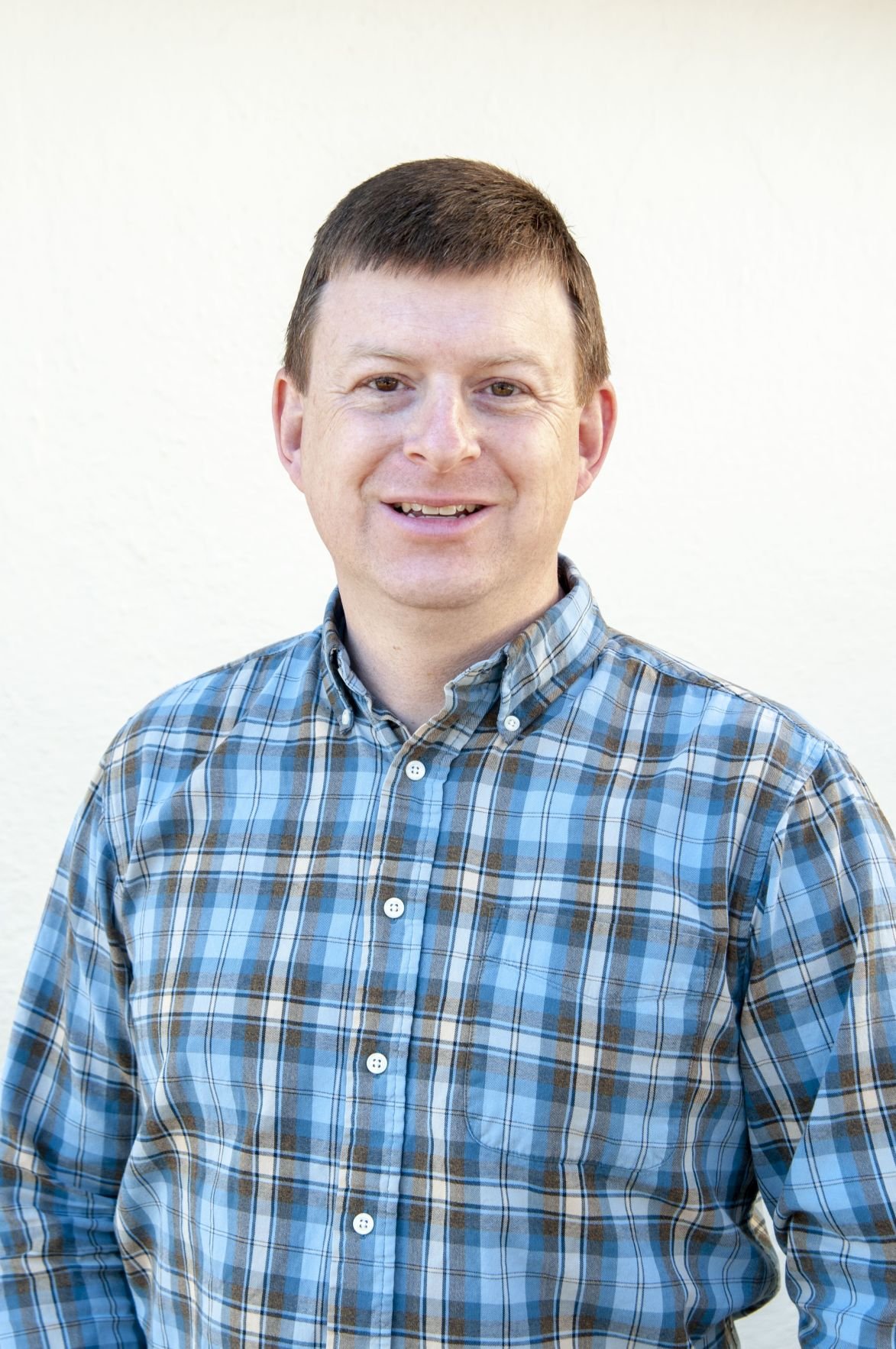 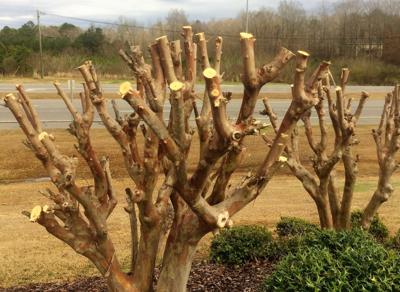 Extensive pruning or cutting crapemyrtles back each year only causes them to vigorously grow back what was removed.

Whacking back crapemyrtles to leave only three or five main trunks creates an eyesore and is not recommended.

Crapemyrtles can grow up to 30 feet tall, so select an appropriate size based on its location.

For 19-and-half years, I have served as an Extension agent with the mission to educate people and provide research-based information. As a horticulturist, one thing that really gripes me each winter is seeing crapemyrtles all across the area being pruned incorrectly – butchered back and abused.

Each year, many tall, beautiful crapemyrtles are being reduced to nothing but ugly stubs. This improper pruning technique has been coined “Crape Murder,” as once described by Southern Living Magazine and involves improperly and severely pruning back crapemyrtles from tree form to shrub form.

Much of the problem lies in the false belief that crapemyrtles must be pruned – like it is some sort of annual ritual. Whacking back crapemyrtles to about 4 feet high to leave only the three to five main trunks is an ugly and foolish habit. I am not sure how the trend started, maybe in the ’60s or ’70s, but it is not a recommended and taught horticulture practice.

Please stop doing it and quit paying landscape professionals to do it. If someone did that to a dogwood tree, you would be outraged.

The other common excuse is plant selection and location. Crapemyrtles are commonly planted near houses and buildings without visualizing and understanding that this little tree is going to grow bigger than expected. Crapemyrtles are small trees, not shrubs as some might want to believe, and varieties can range from 18 inches to 30 feet tall. Planting them 3 or 4 feet away from the side of a wall becomes a costly mistake years later.

Uh oh! It’s growing into the side of the house, onto the roof and hiding the window.

It’s too big to move. So the crutch then becomes: Get the saw out and annually prune this small tree back to an ugly bush. Why the crapemyrtle gets such abuse I will never understand.  Pruning should not be an excuse for poor plant selection.

Yes, crapemyrtles do bloom on new wood or spring growth. This fact may historically be the real culprit to all this pruning madness – a theory to prune for more flowers. But major pruning in the winter will not help or force crapemyrtles to bloom more. The only way to stimulate more summer flowering and promote a smaller second flush of blooms is to tip-prune – called deadheading – the old blossoms at the ends of the branches as they fade in late summer. A crapemyrtle that is not blooming well may be getting too much shade and should be moved to another area to get more direct sunlight. Variety selection can also dictate flowering patterns.

Crapemyrtles are one of the most popular landscape plants because of their colorful summer blooms and their thin, paper-like bark that peels away to reveal smooth cinnamon brown trunks; however, a crapemyrtle’s landscape value can be dramatically reduced when its trunk and branches are severely disfigured. I am telling you now that crapemyrtles do not need to be pruned each year. In fact they look fantastic if left alone to grow and mature gracefully.

The negative effects of harsh pruning outweigh any positives. Proof is in the science.  Extensive pruning or cutting crapemyrtles back each year only causes them to vigorously grow back what was removed. The new mass growth of limbs is weak and spindly and presents an out-of-balance shape. Cutting them back each year to the same spot, say 4 to 5 feet off the ground, also causes disfigured scarring and ugly knots. It is a crying shame to see a mature multi-trunked crapemyrtle reduced to resemble four legs of a barstool. That is not a work of art.

Research has shown that repetitive Crape Murder of crapemyrtles also causes the start of numerous suckers to grow from its base each year, then require pruning out. Yep. Basically one harsh incorrect pruning will lead to a lifetime of laborsome pruning. The only recommended pruning each year is to remove suckers and to maintain its attractive shape by removing deadwood and seedpods. Early training and shaping will help eliminate any extensive pruning later on.

There are valid circumstances where pruning might be needed. If a crapemyrtle needs to be pruned, do it only during the middle-to-late winter once the leaves have fallen and the tree is completely dormant. As a rule of thumb to pruning crapemyrtles: Don’t cut to see over it. Cut to see through it.

Remember that crapemyrtles are trees and are suppose to get tall; however, by shaping the tree, removing the lower limbs and having only three to five main trunks, the crapemyrtle will have a more attractive and formal appearance.

Before pruning, imagine the final size and form of the crapemyrtle. Begin pruning by starting at the base of the plant and cutting away all suckers that may have developed; then, move up the tree and remove all small, spindly twigs from the main trunks. Removing these small twigs will allow the smooth showy bark to be seen and for more air circulation among the trunks, which helps prevent diseases.

If the tree is young and hasn’t been pruned before, select no more than three to five of the straighter, thicker stems to become the tree’s main trunks. The selected trunks need to be evenly spaced, not touching or rubbing each other, and should fan outward in a vase shape. If some limbs are too large for loppers or pruning shears, a pruning saw will be required.

Next, move on up the trunk and remove any large branches under 3 feet high. The general idea of pruning crapemyrtles is to cut limbs back to the crotch or lateral branch at the branch collar, the raised or swollen area at the base of the branch where it joins the trunk. It forms a protective barrier against disease and insects and promotes healing of the wound that results from pruning.

There are really no rules for pruning the branches of crapemyrtles above 3 feet. At this point, only take out branches that are necessary.  The crapemyrtle may not need any limbs removed or any additional pruning. It is more of a personal choice on how much or how little to prune. Less is better, but any branches closer than 6 to 8 inches or numerous small twigs might need to be thinned. Just remember that topping or just cutting branches off will only promote vigorous, long branches when new growth begins. Pruning to the crotch or lateral branch will prevent that.

Lastly, prune out the brown seed heads on the tips of the branches that formed after the crapemyrtle flowered. This again helps give the crapemyrtle a cleaner, formal look.

In cases when a crapemyrtle is too close to the house, due to being planted in the wrong place, constant pruning is pointless. Cut it down to the ground and apply an herbicide containing glyphosate or 2-4-D, to the stump to kill it. Problem solved.

Crapemyrtle varieties come in all shapes, colors and sizes. Pruning large ones into small ones doesn’t make sense. If you want a small, manageable crapemyrtle that looks like a shrub, buy a smaller variety. Whacking off and scarring up large, beautiful crapemyrtles each year serves absolutely no purpose and is a community eyesore in the landscape.

~ Shane Harris is the Tallapoosa County Extension Coordinator for the Alabama Cooperative Extension System. Contact him at 256-825-1050 or visit aces.edu/tallapoosa.

Of all the plants and decorations at Christmas time, I cannot name anything more beautiful and cherished than the poinsettia. Yes, the boughs …