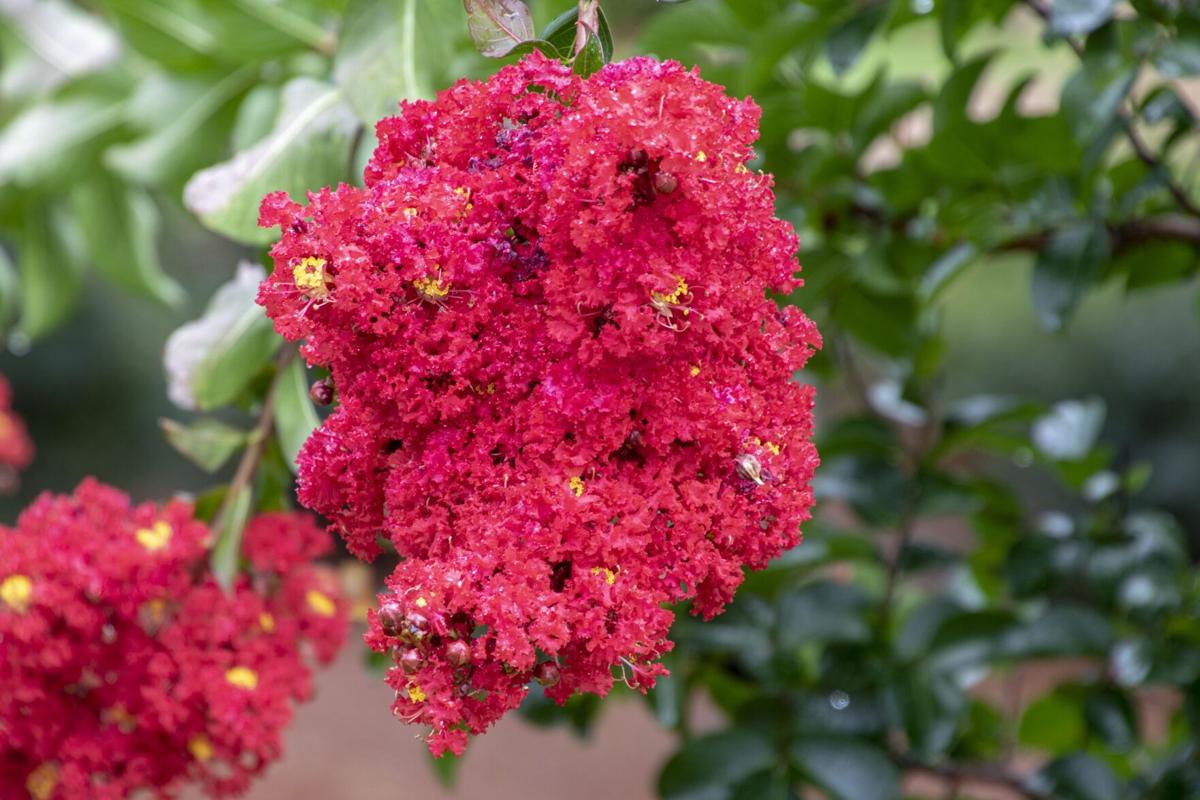 Blooms create a mass of ruffles 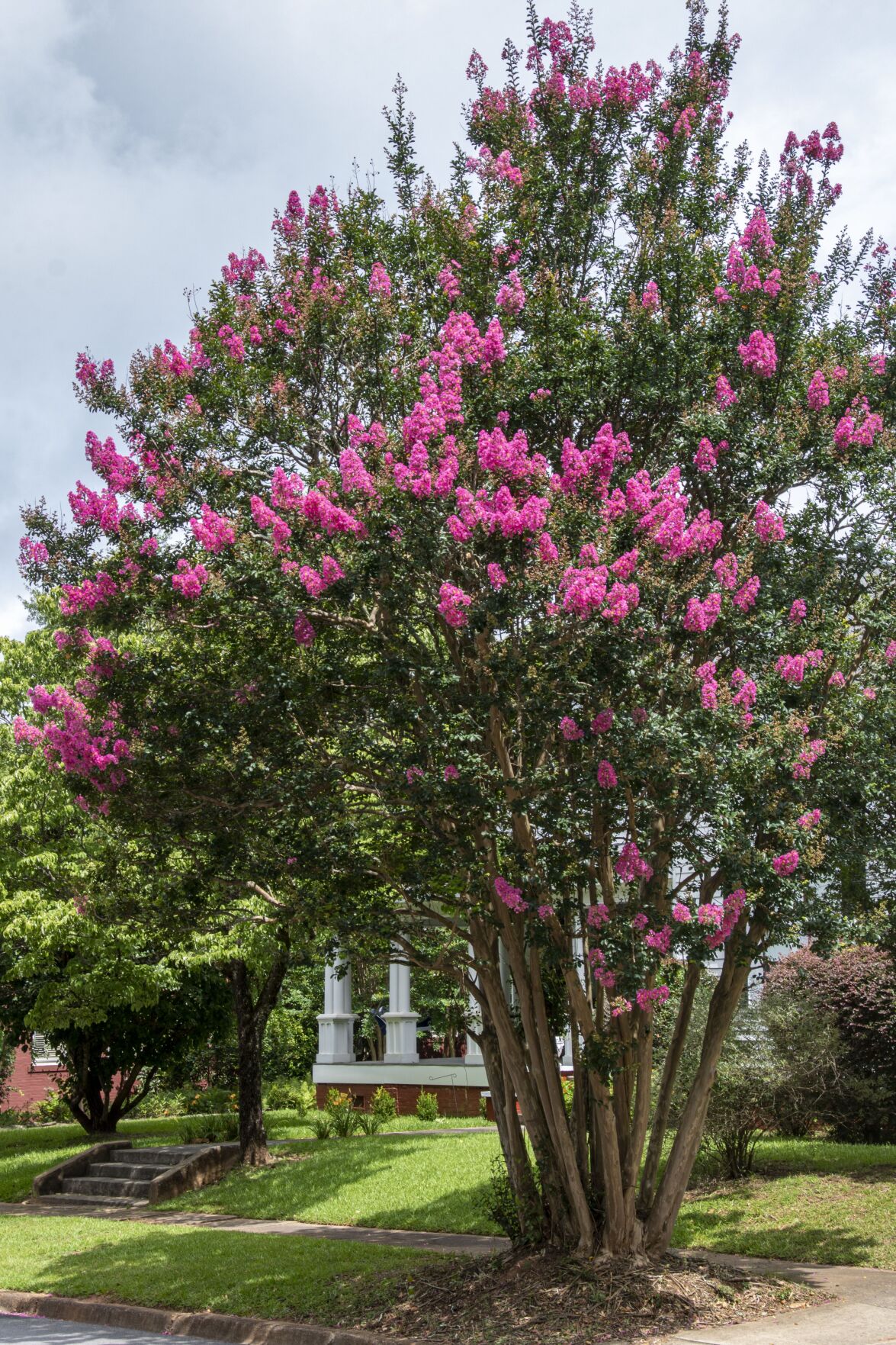 Crapemyrtles grow in a vase shape and display bark in shades of cinnamon and gray. 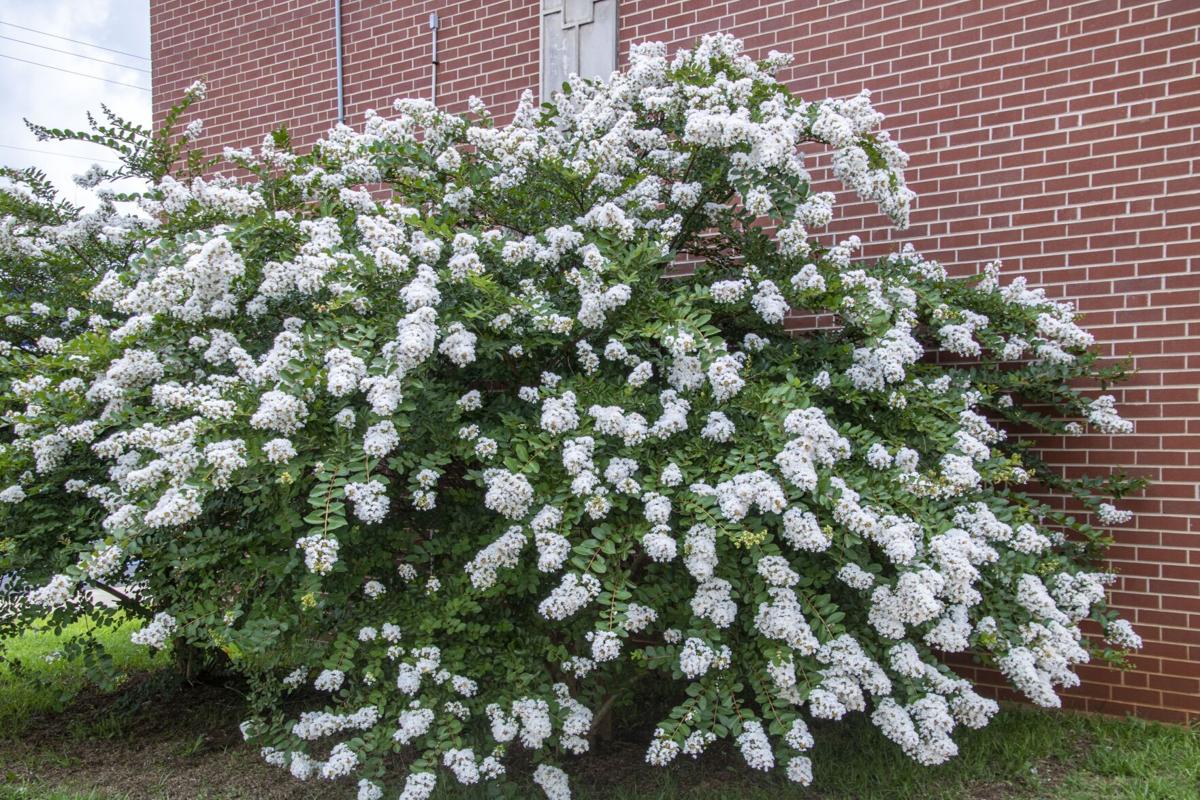 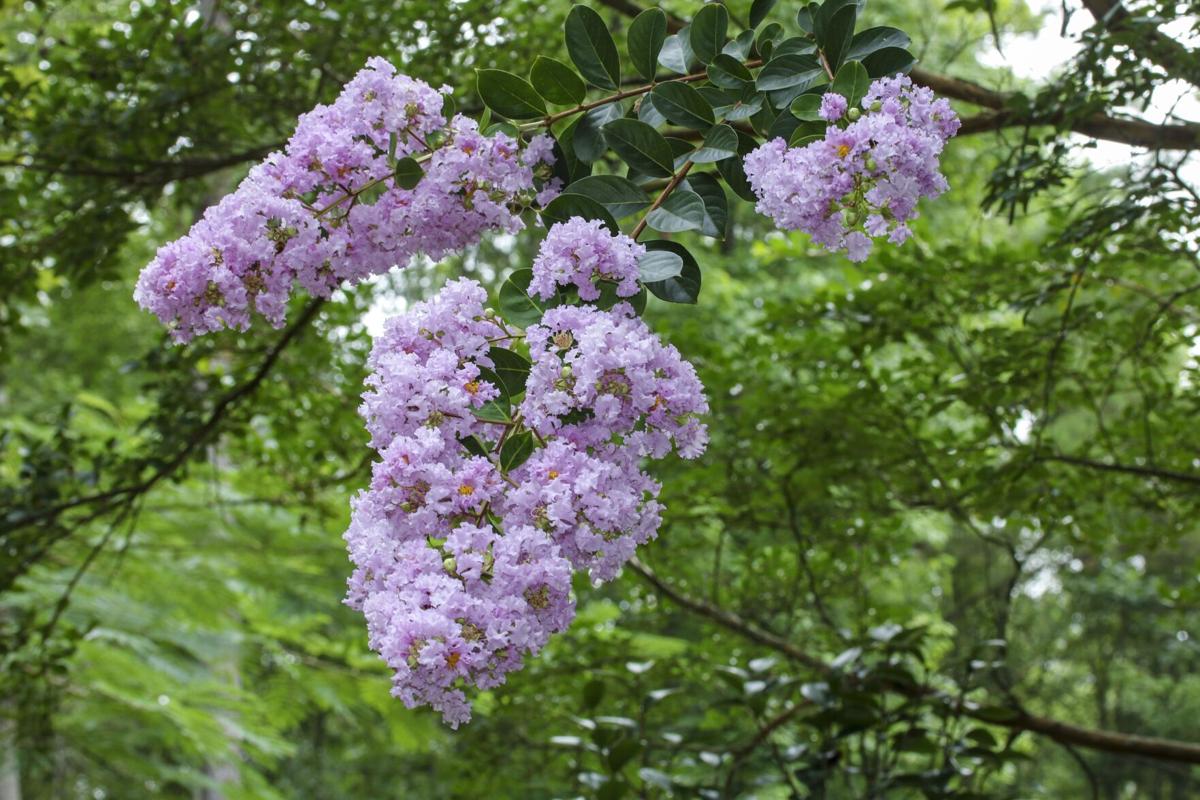 Crapemyrtles come in a range of colors,including this lovely lavender variety 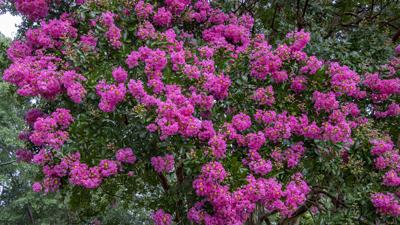 Blooms create a mass of ruffles

Crapemyrtles grow in a vase shape and display bark in shades of cinnamon and gray.

Crapemyrtles come in a range of colors,including this lovely lavender variety

By the time July and the summer time heat rolls in, less fanfare is given to flowering plants.  Maybe it is because attention is on summer recreation activities, the vegetable garden harvest or mowing the lawn, or maybe it’s just too hot to notice and care. Yes, there are plants – like lantana, daylilies, hydrangeas and many bedding plants – that offer color and interest when nothing else tends to bloom during the hot days of summer. But there is one special plant in particular that takes centerstage and puts on a great show of vibrant colors. Of course, I am referring to the crapemyrtle, which becomes the star of summer.

The crapemyrtle is indeed a popular and a favorite landscape plant throughout the South. It has been called the lilac of the South. Introduced to North America, the crapemyrtle is native to China and Korea. A University of Arkansas Extension publication states that crapemyrtles were introduced to the United States in the 1790s when George Washington grew them at Mount Vernon. Around that same timeframe, they were commercially introduced in Charleston, South Carolina, where French botanist André Michaux established a nursery to grow the plants he was gathering in the Southeastern states. The crapemyrtle soon became a staple of the large plantations and Southern landscapes.

The crapemyrtle is an adaptable and tolerant plant; it can be found from North Alabama to the Gulf Coast. It grows best in moist, well-drained soils and requires full sun. Amazingly, it can thrive in very poor and rocky soil and can withstand Alabama’s heat and droughts. Thus, one will find crapemyrtles growing in almost every landscape setting.

One very important fact that most people do not realize is that crapemyrtles vary greatly in size, ranging from as small as 18 inches to more than 30 feet tall. Since the 1970s, many of the most popular crapemyrtle selections are hybrids that were created at the U.S. National Arboretum. Today, there are more than 75 cultivars. Some can be used in hanging baskets; whereas, most are grown as large shrubs or small trees. The smaller cultivars often are used as hedges, screens or are grown en masse. They are often planted in groups, underplanted with ground covers and summer perennials. When planted in this manner, crapemyrtles offer a grand display of color throughout the summer months.

Naturally, the large colorful flowers are the most prominent and prized features of the crapemyrtle. They are formed in large panicles that range from 6 inches to 8 inches in length and 3 inches to 5 inches in width. The petals have a crinkled appearance with a crêpe-like texture similar to crepe paper, hence the name crapemyrtle. Flower color ranges from white to various shades of pink, purple and red. The blooming season for this area can be long-lasting for a flowering plant, from mid-June through September.

Next to the flowers, the second best ornamental attributes of the crapemyrtle are its unique trunk, shape and fall color. Crapemyrtles are commonly multi-trunked and vase-shaped, but they sometimes are trained to a single trunk. A canopy of foliage covers the top half of the plant, while the bottom half remains leafless, revealing the beautiful bark.

The smooth bark exfoliates, flaking off in irregular patches to reveal various shades of cinnamon brown to light gray. The leaves are a glossy medium green, turning yellow, red-orange or red in the fall.

Crapemyrtles must be grown in full sun for satisfactory flowering and to reduce disease problems. Many issues of crapemyrtles not flowering are due to shade and not enough sunlight. While the crapemyrtle will tolerate a wide range of soil conditions, it does not thrive in a wet location.

Give crapemyrtles ample room to grow. A common mistake is planting them too close to buildings. Most large varieties have an upright vase shape and a mature spread of 10 feet to 15 feet wide.

Remember that crapemyrtles are small trees, but they often are inexcusably pruned back and forced to grow more like shrubs. Choose either smaller varieties or plant them away from obstacles that would interfere with their growth.

Sadly, despite such a prized and wonderful landscape plant, the crapemyrtle is by far the most abused and misunderstood plant. Severe annual pruning is not recommended, as it destroys the natural character of the plant.

The undying belief that crapemyrtles only bloom on new growth and require pruning is completely false. Yes, new growth does produce more flowers than old growth, but that does not justify “crape murder.”

This ridiculous practice not only produces ugly stumps, but also, it promotes unwanted sucker growth at the base of the trunk and creates skinny, whip-like shoots and sprouts, giving it an overall out-of-balance shape. These new, spindly branches are too weak to hold up the heavy flowers and often bend over to the ground.

The annual excessive pruning is not an excuse for poor planning, selection and placement; however, very light pruning to maintain shape and correct problems each winter is an acceptable horticultural recommendation. It is even a good idea to summer deadhead the spent flowers, as it will trigger a second flower show.

Crapemyrtles do have a few pest problems that homeowners and landscapers should keep an eye out for. Aphids, Japanese beetles, ambrosia bark beetles and the recently introduced crapemyrtle bark scale can be a nuisance.Plant diseases, such as powdery mildew, black spot, sooty mold, tip blight, leaf spot and root rot, can create bigger headaches, but these are preventable and controllable with fungicides. Again, crapemyrtles are very durable and seem to always survive pesky attacks.

The annual summertime show of all the shades of colors of crapemyrtles is much anticipated. Regardless if they are seen growing along the street, the lakefront, the driveway or prominently in the yard, summer is the crapemyrtle’s time to shine. What bright and shining stars they are.

~ Shane Harris is the Tallapoosa County Extension Coordinator for the Alabama Cooperative Extension. For additional help with home and garden information, contact your local county Extension office or visit www.aces.edu.