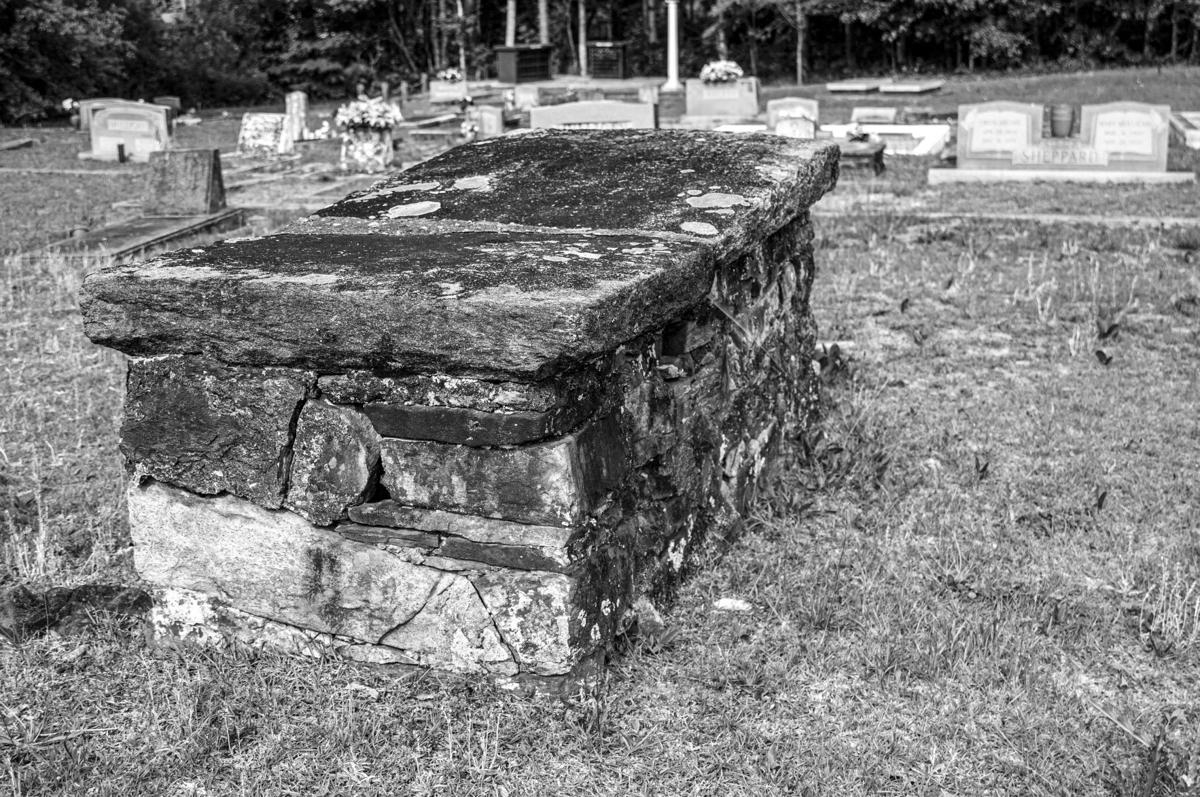 The Rev. John Robert Patilla was the founding preacher 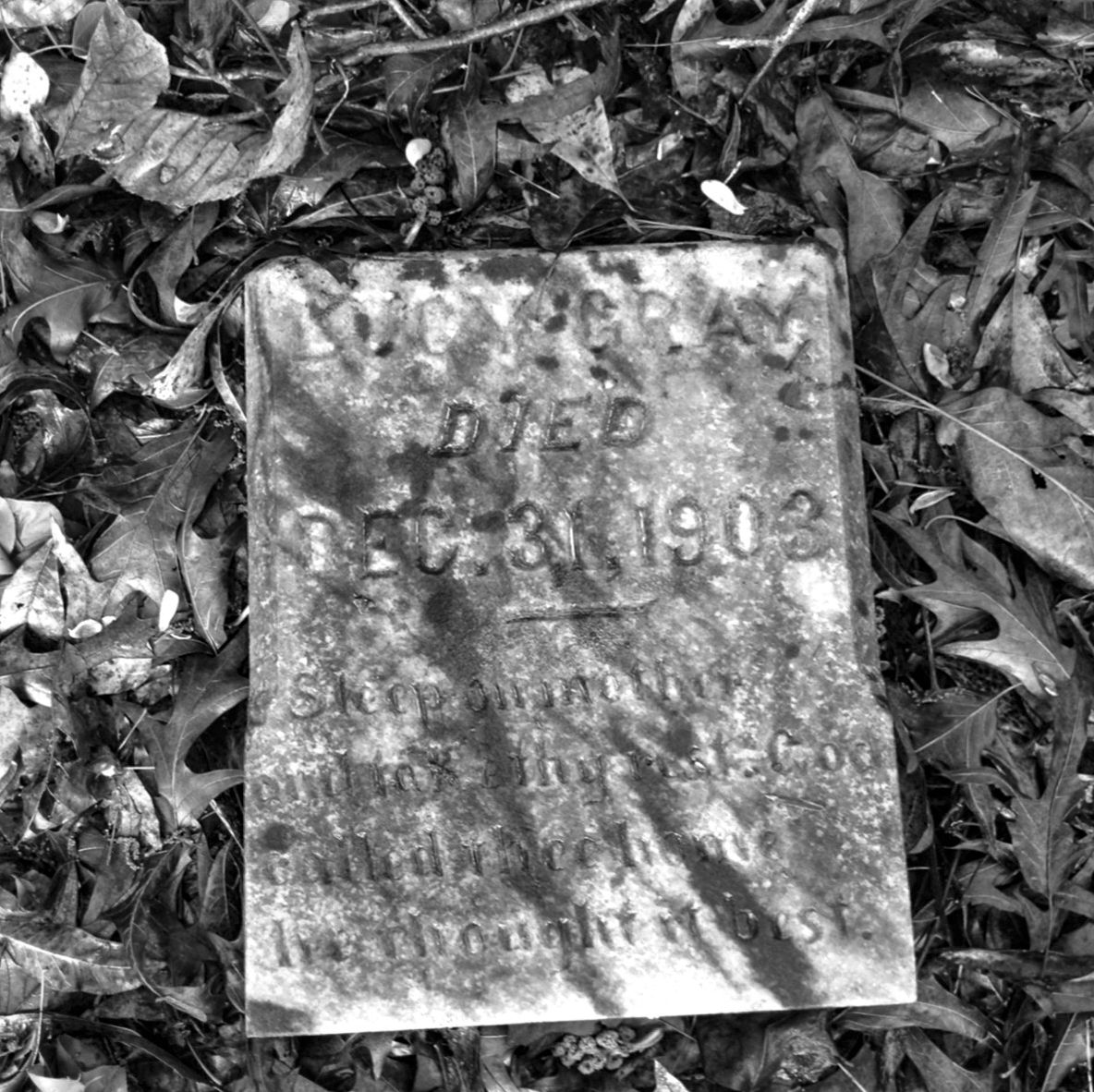 Lucy Gray, an ex-slave, is buried under the trees. 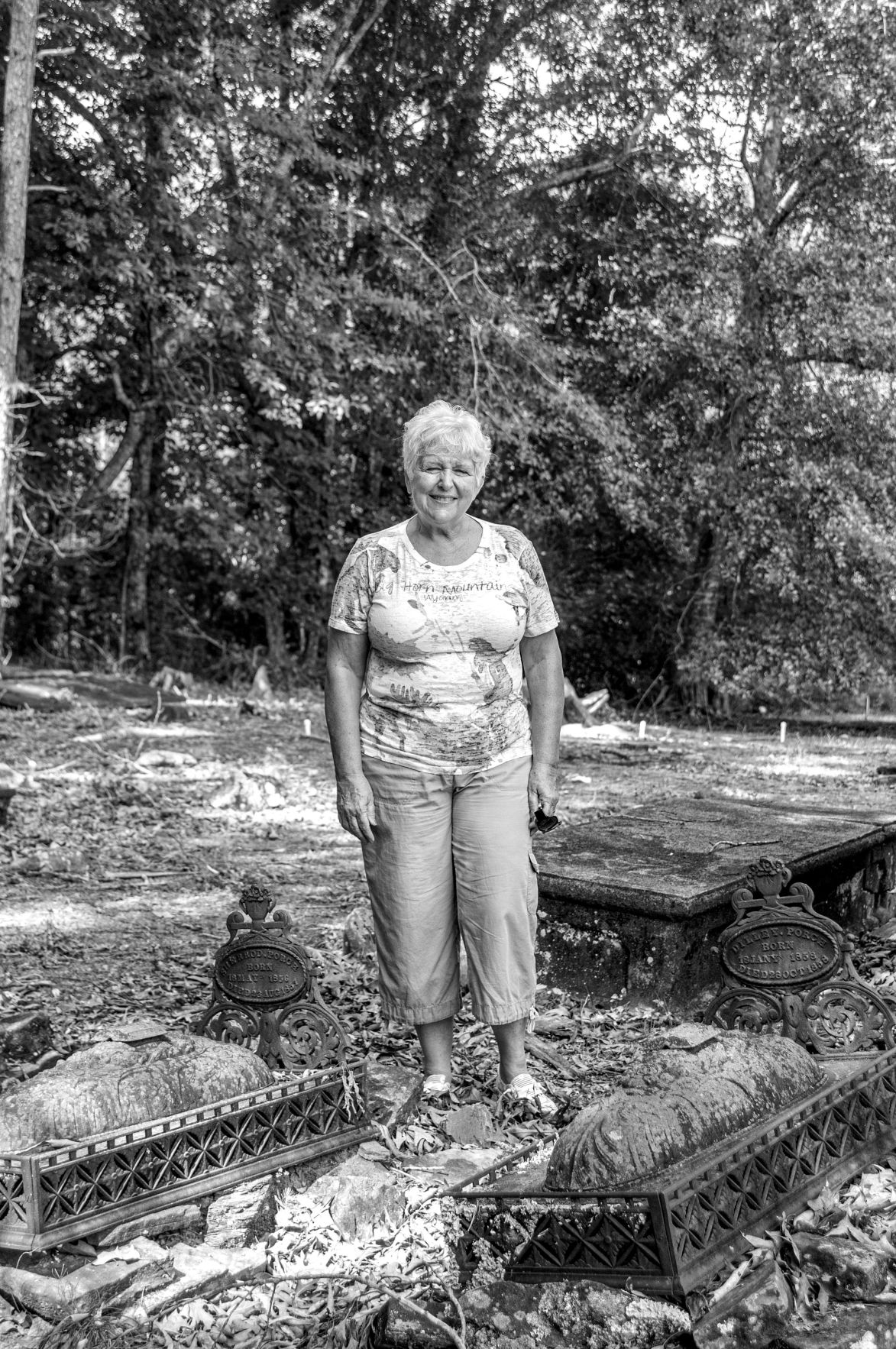 The Rev. Vicki Cater surveys the cemetery that has played an important role in the church's Colvin Collari, 200-year history. 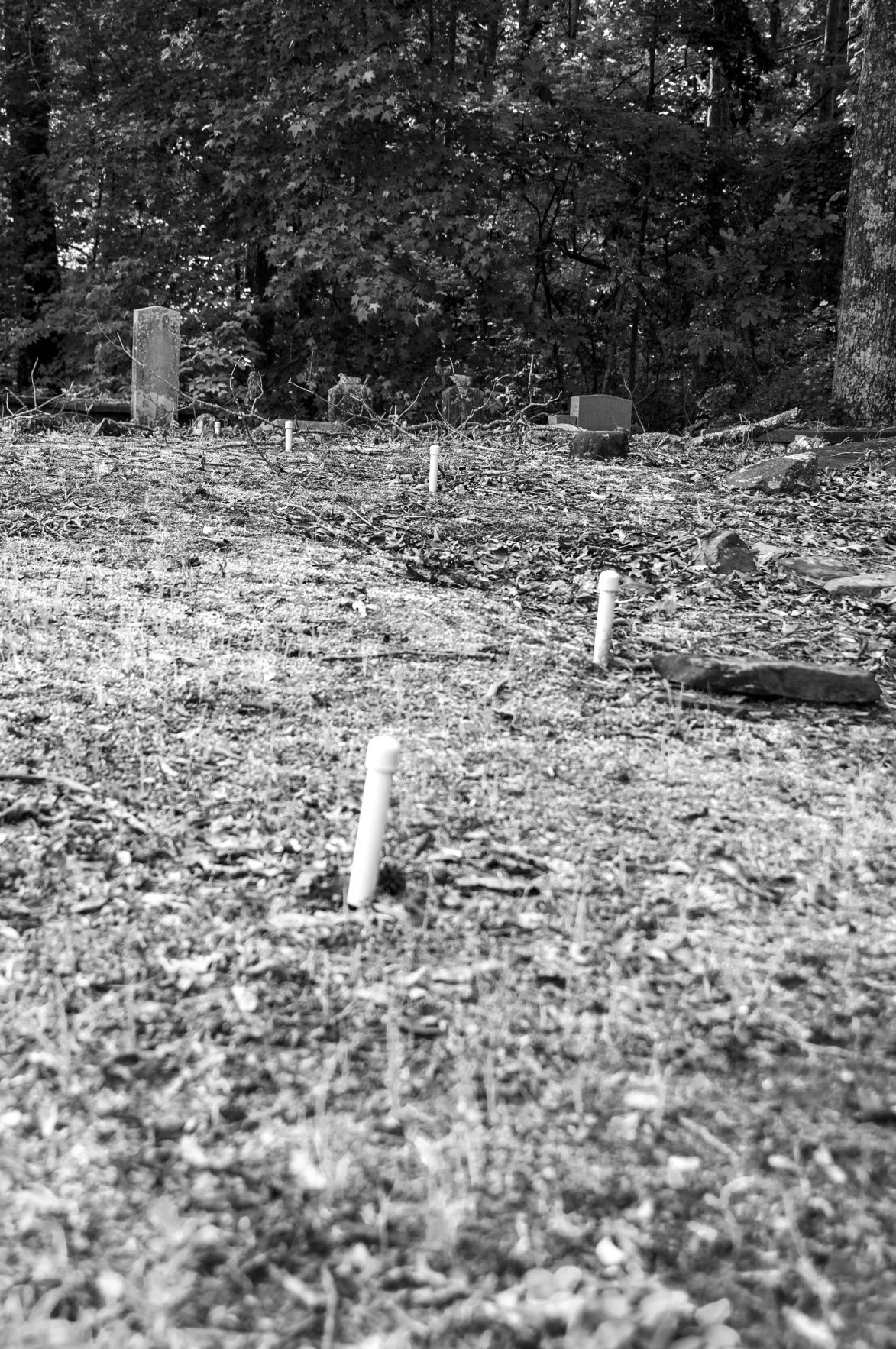 A survey discovered and marked graves that have no headstones. 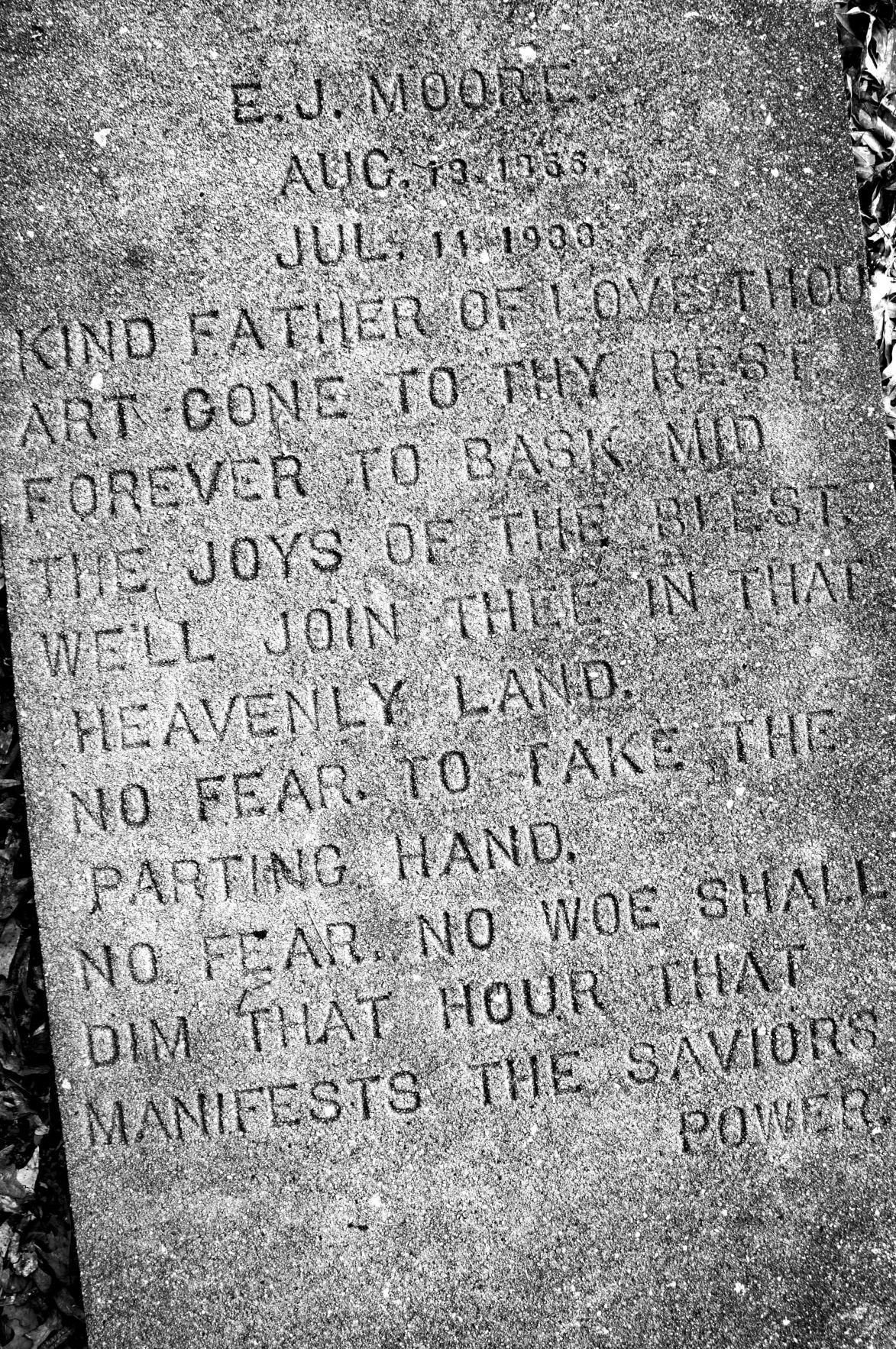 E.J. Moore's children bid a sweet goodbye to their father 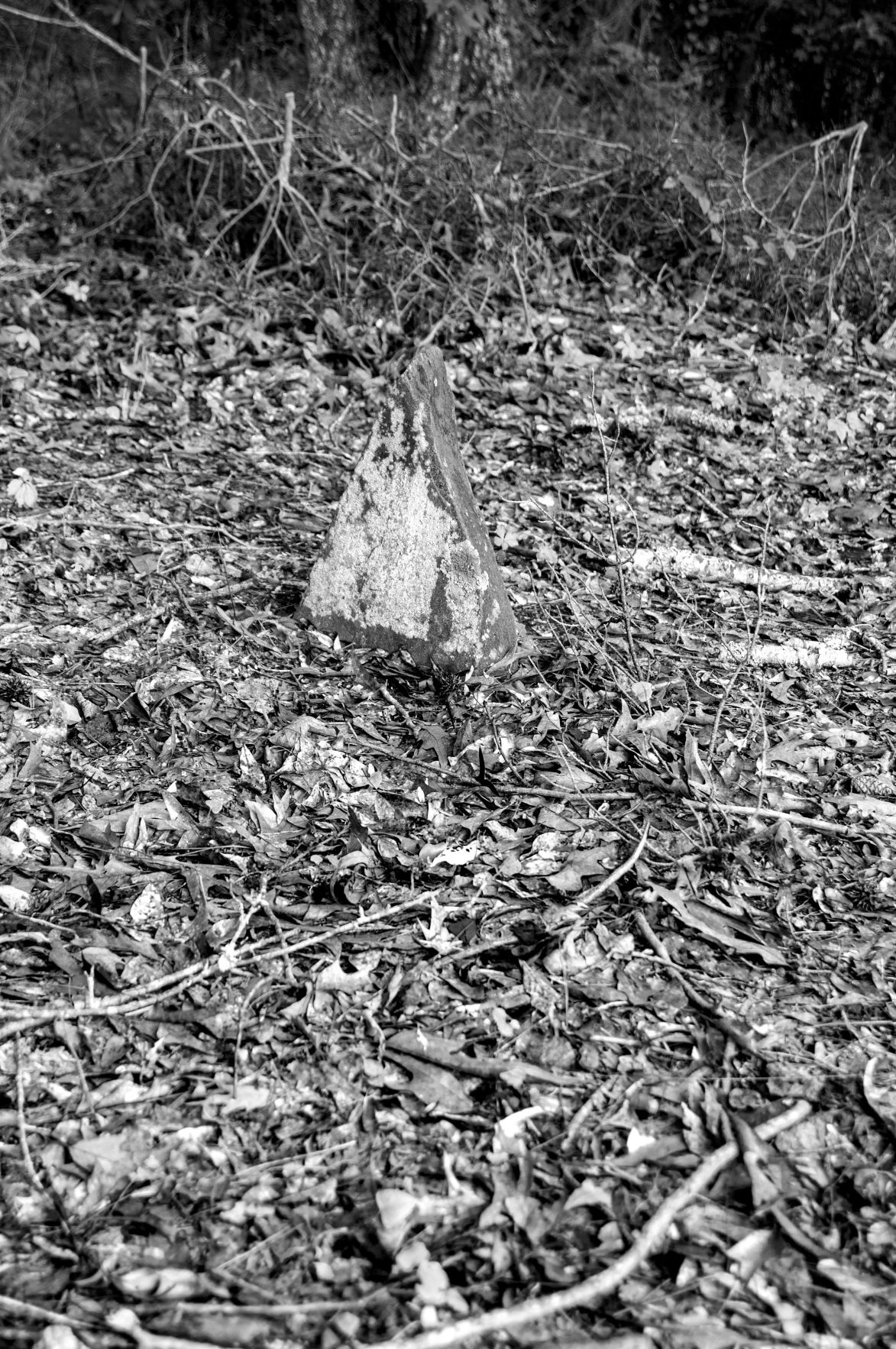 Some graves are marked only with a rock

The Rev. John Robert Patilla was the founding preacher

Lucy Gray, an ex-slave, is buried under the trees.

The Rev. Vicki Cater surveys the cemetery that has played an important role in the church's Colvin Collari, 200-year history.

A survey discovered and marked graves that have no headstones.

E.J. Moore's children bid a sweet goodbye to their father

Some graves are marked only with a rock

E.J. Moore’s children bid him a heartfelt farewell when he died in 1880, engraving upon his marker in the Red Ridge United Methodist Church Cemetery a verse that put him to rest with love and reassurance: “Kind Father of Love, thou art gone to thy rest forever to bask mid the joys of the blest. We’ll join thee in that heavenly bond, no fear, to take the parting hand, no fear. No [more] [man] shall dim that hour that manifests the Savior’s power.”

The stone that bears Moore’s loving epitaph has weathered, but most of what is written there is still legible. Many other names there have worn away. They were members, families and friends of the historic church near the intersection of state Route 49 and Tallapoosa County Road 34, but that is not where the journey started. The cemetery’s story of more than 200 years in the life of the church is reported to have begun a mile away in what is now StillWaters Resort.

Just a few hundred yards from the back gate at StillWaters, 30 or more graves are marked on a ridge near the site where a small country church once stood. The church was called Salem, but in county records, the cemetery is identified as the Canada Cemetery. The church, a simple log structure, reportedly burned, and in the 1850s, the Lockett family donated the property for a new church and cemetery some ways down the road at Red Ridge, said Rev. Vicki Cater, who has pastored the congregation at Red Ridge for three years.

“The cemetery is the foundation of who we are in the lifeblood of this church,” Cater said.

It’s a measure of the times through which the congregation at Red Ridge UMC has learned to love better and worship more fully.

The cemetery is professionally maintained, and church members aid in keeping it looking its best. A church volunteer places flags on the graves of servicemen every year. Church member Ruth Lockett, who, at 87 years old, still lives near the church, researched her own family in the cemetery and learned about many of the people buried there in the process. Her notes, and those of others who have done research, have been posted on the church website at redridgeumc.org and in the free global gravesite collection at findagrave.com.

The Red Ridge cemetery is packed tightly with graves, many of which carry such sweet sentiments as that left by E.J. Moore’s children. Large, imposing headstones are mingled among graves that are marked only by single rocks that might look like random natural landscape if they weren’t arranged in tidy rows. Some graves are not marked at all but are designated by short posts of PVC piping that might have been placed during a survey in 1995 or subsequent research in 2011.

In that year, the Alabama Historical Commission named Red Ridge UMC Cemetery to the Alabama Historic Cemetery list after research verified it as the site of four rare cast iron grave-mound markers; the marked grave of an ex-slave; and the burial site of numerous veterans.

Born in 1824, Lucy Gray, an ex-slave, was buried in a shaded corner by the family with whom she chose to remain after the war. She lived to the age of 78 and died in 1903. Gray cared for all of the children in the church during services, and she was loved and respected, Lockett said. Undoubtedly, other slaves contributed to the history of Red Ridge, but Gray’s story is the only one held in this cemetery.

Four cast iron grave-mounds mark the sad passing of Susan Ann Porch’s four children: two that died in infancy and two – a son, 6, and a daughter, 8 – died on the same day, reportedly after eating poisoned berries they found in the woods.

A testament to the hardship of life in the early rural South, too many graves were dug for children. E. and Ida Mullican lost five infant children, all of whom were buried at Red Ridge. Among the markers are 18 for children that did not live long enough to be named; their stones are engraved as ‘Infant.’

Yet, in the midst of its stories of loss, the cemetery reveals its bit of whimsy too. When Samuel Gray Jr.’s first wife, Mahala McBurnett, died in 1840, he kept things simple by marrying a woman with the same first name, Mahala Porch.

The cemetery holds a special place in Lockett’s heart. Most of the markers bear the names of people she knew or heard about when, as a child, she hid under the piano bench while her mother played for services. Lockett visited the cemetery often through the years that followed, sitting on the markers at the graves of her grandparents and later her parents and other family members. Her father, Pvt. Homer Jack Lockett, passed away in 1967 at the age of 69. He served in France in World War I. A farmer, he married Myrtie Barnes – a city girl from Dadeville – in 1922.

Jack Lockett served as a deacon at Red Ridge UMC, and his daughter remembers that he was known to allow non-church members to bury their loved ones in the cemetery.

“My father was such a kind, loving person. People would come to him – they couldn’t afford anything – and my father would tell them, ‘Just go down there and find a place.’ Sometimes, the men of the church would even dig the graves. Those were the days when graves were dug with handheld shovels,” Lockett said.

Many of these charity graves are located at the back of the cemetery and are marked only by small, seemingly incidental stones.

Lockett remembers other stories she heard in her youth as well.

A table of hewn stone marks the grave of the church’s founding preacher, Lockett said. The Rev. John Robert Patilla was a veteran of the War of 1812.

The church does not hold homecoming events that bring faraway family members back to place flowers on the graves, but the congregation is proud to be caretakers of Red Ridge UMC’s history.

“This cemetery tells the story of how we became this church; how far we’ve come,” Cater said.

Jim Miller was very helpful in the writing of this article, providing guidance and sharing research.