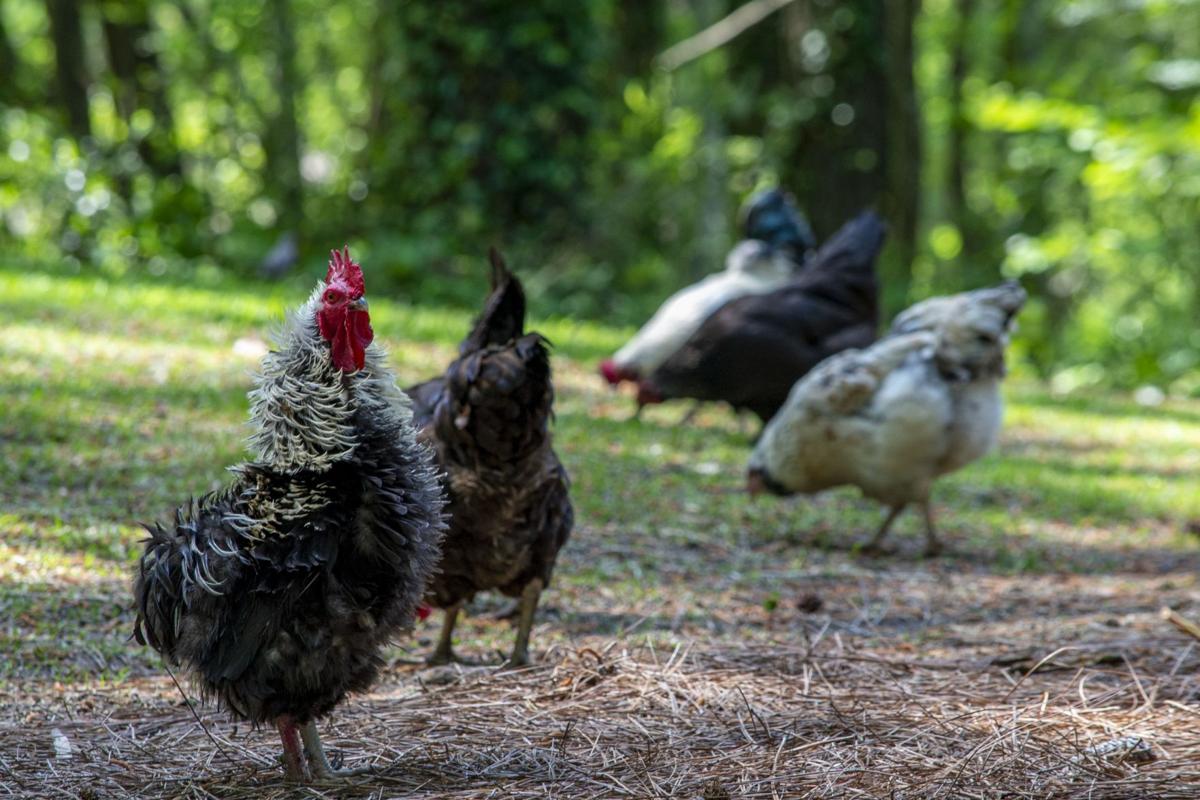 Chickens have been kept as pets for many years 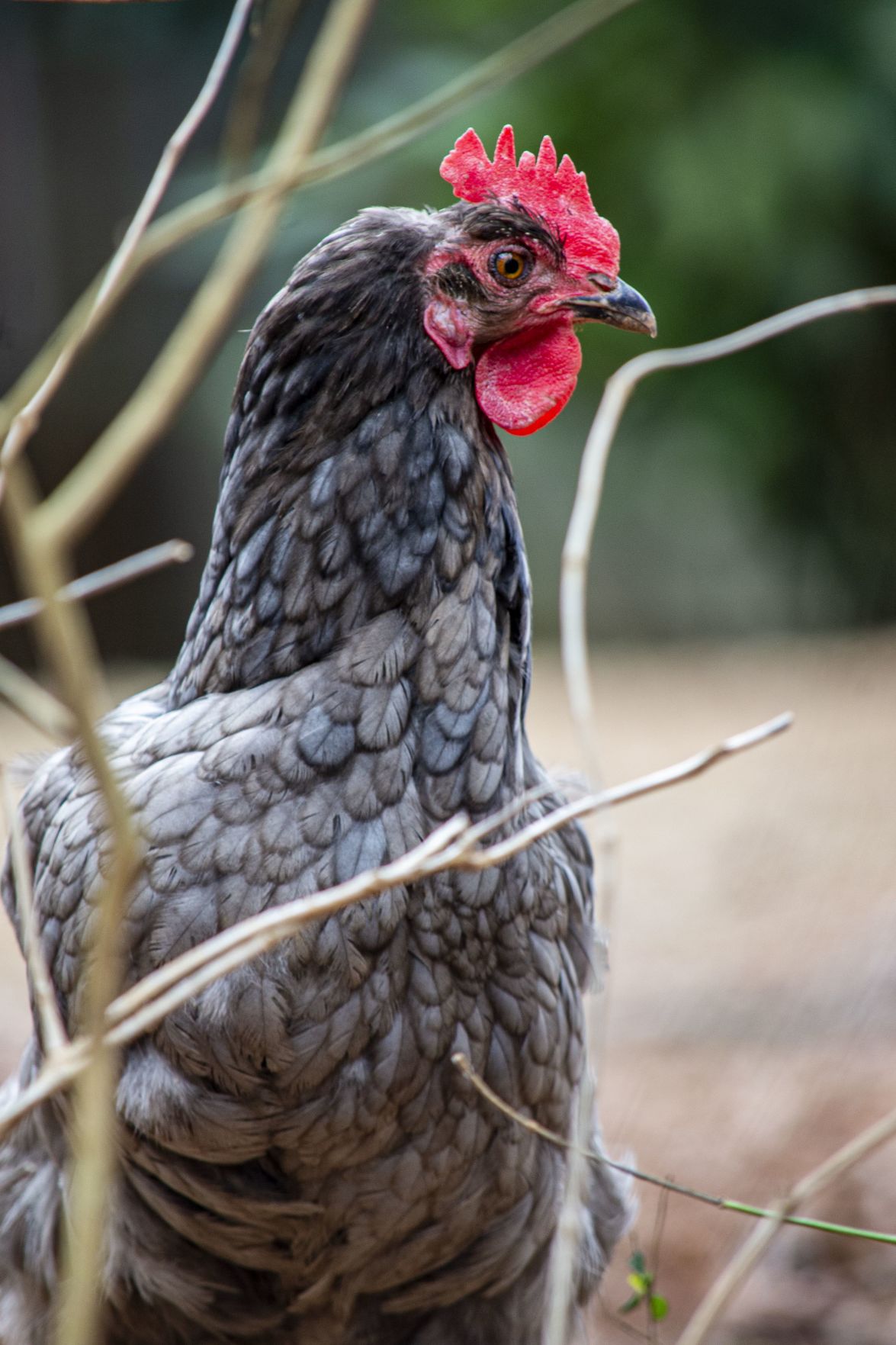 Jessica Daniel said chickens are the easiest pets to keep 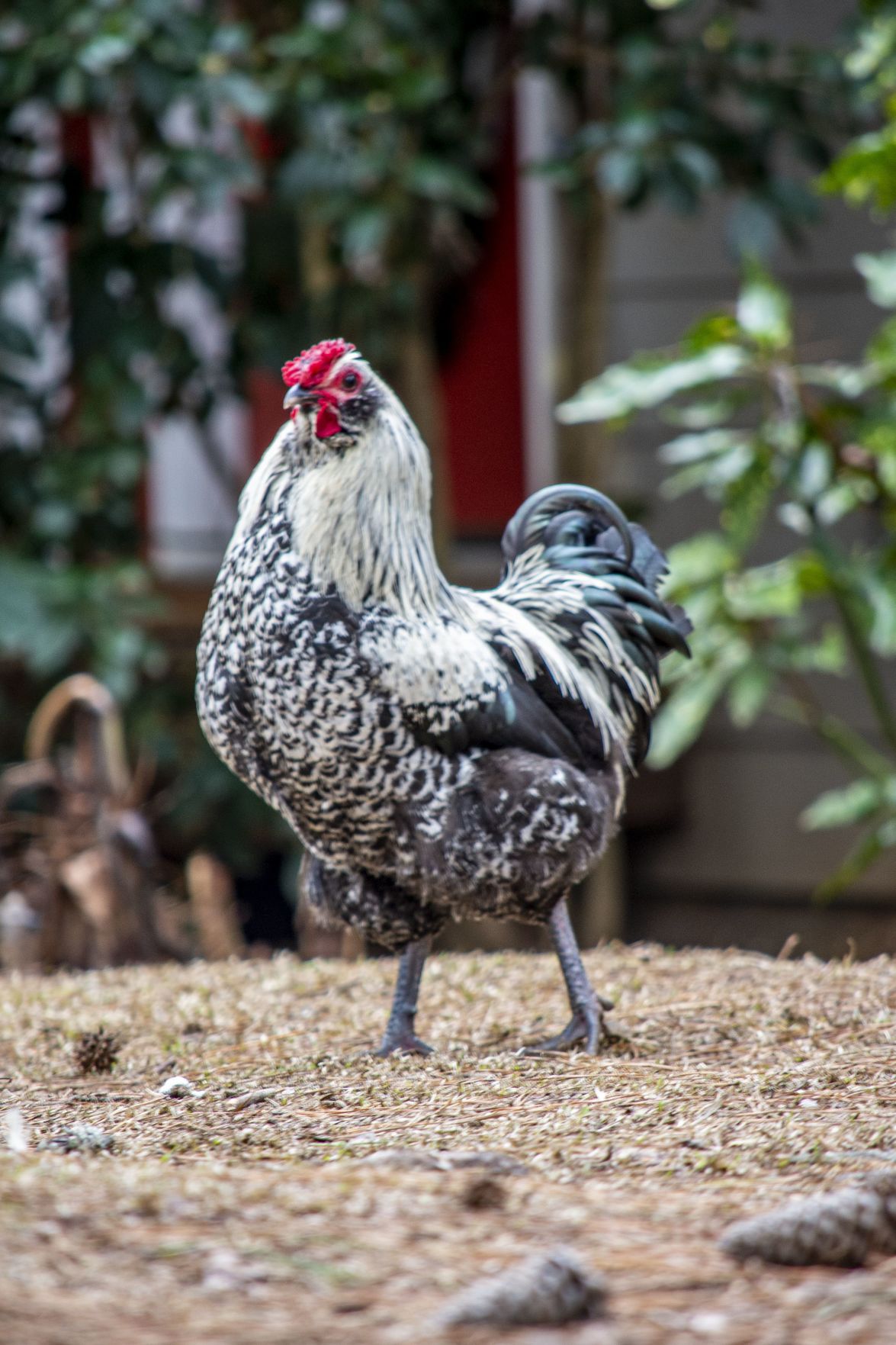 The birds abide by a pecking order. 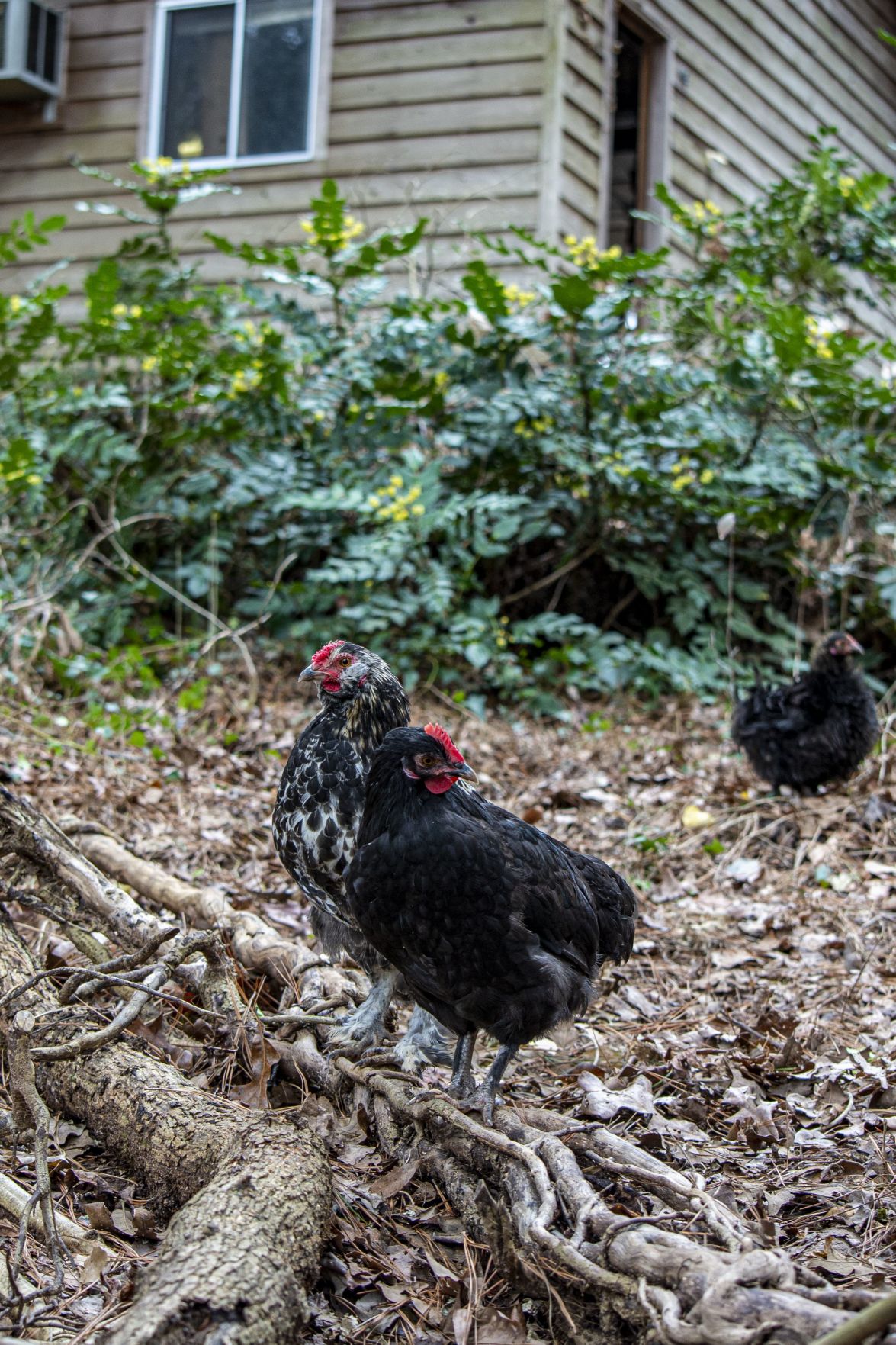 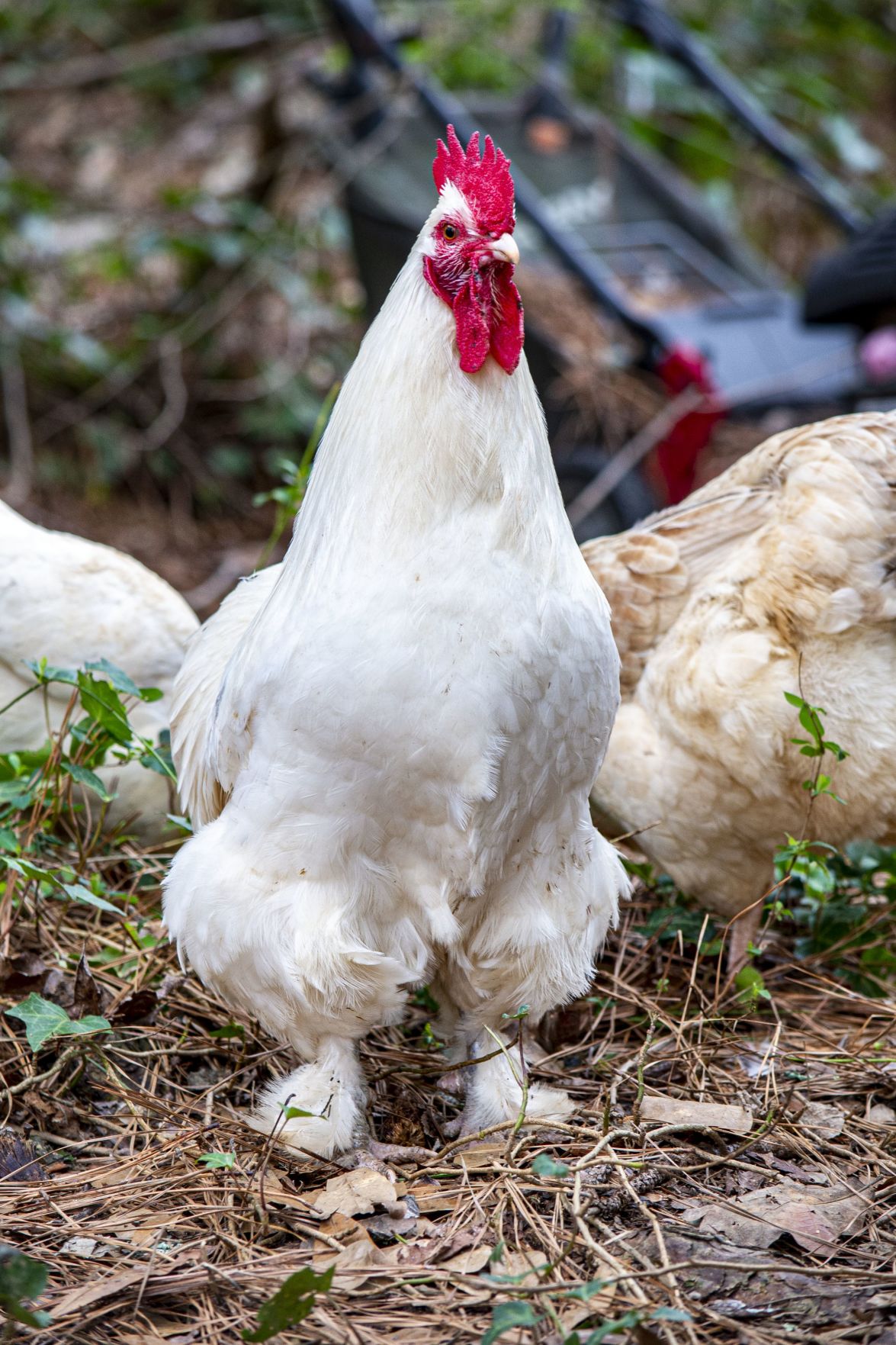 There are hundreds of species 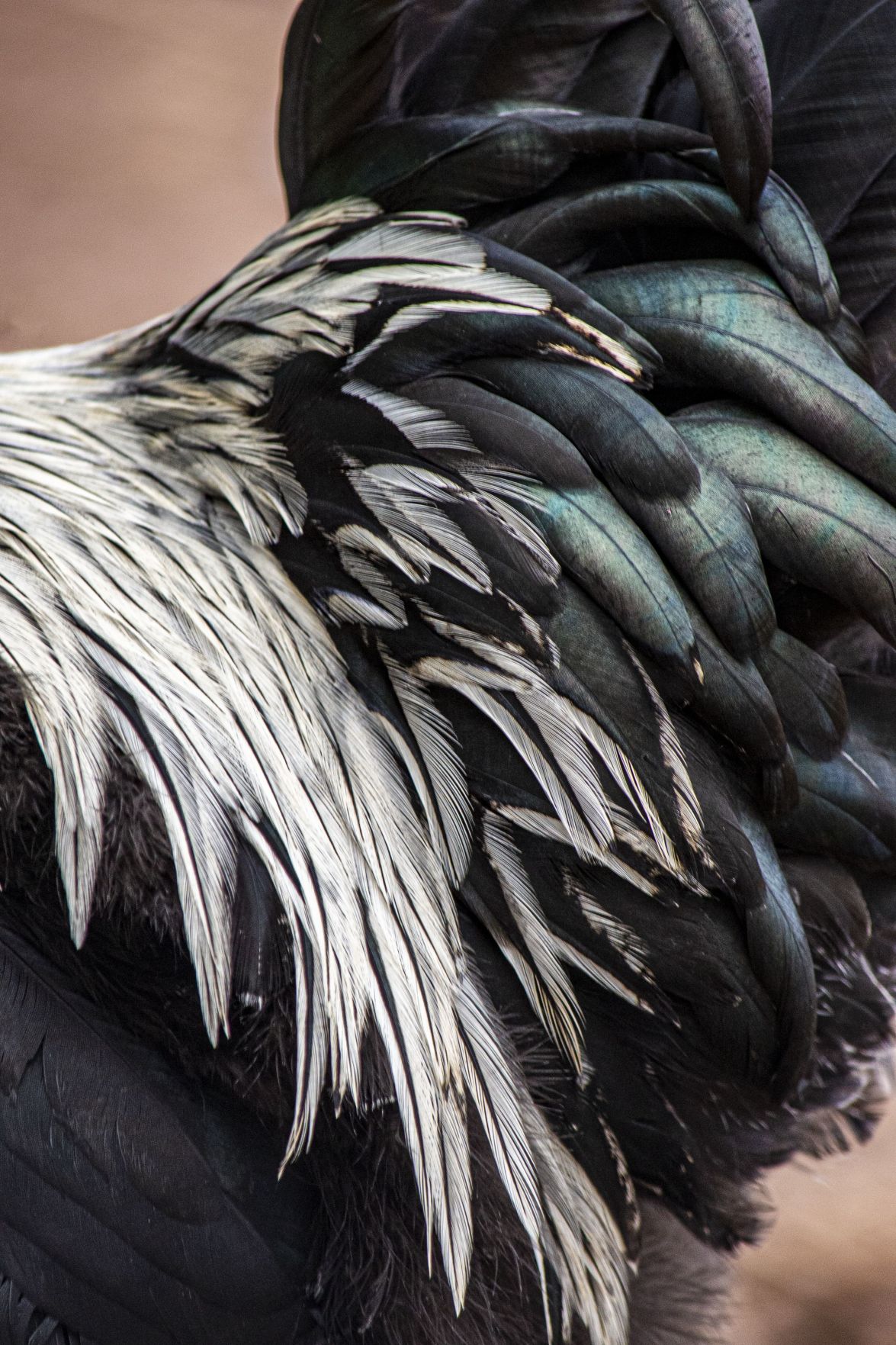 Chicken feathers are made of fibrous proteins called keratin 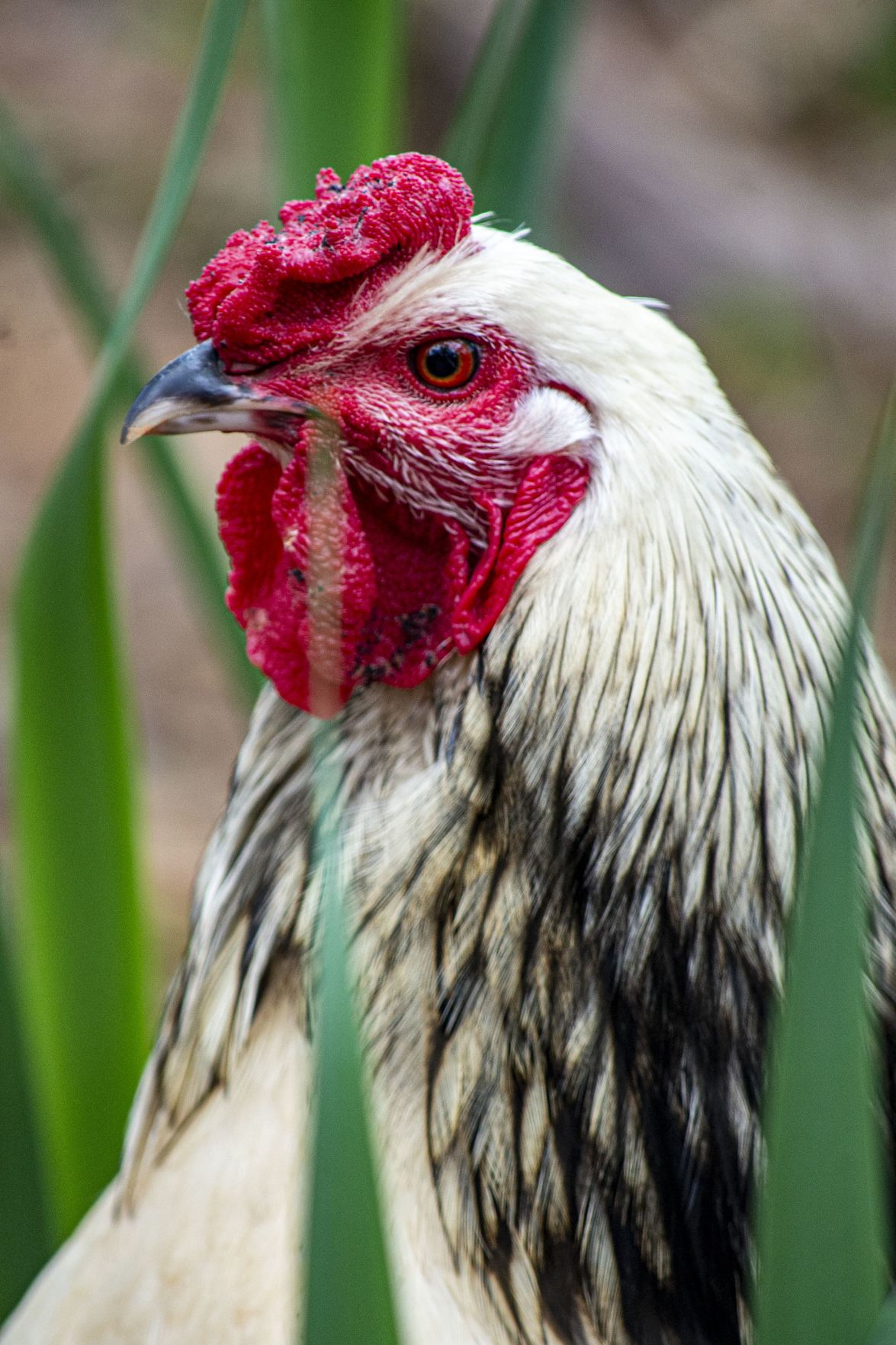 Chickens live for 5 to 10 years 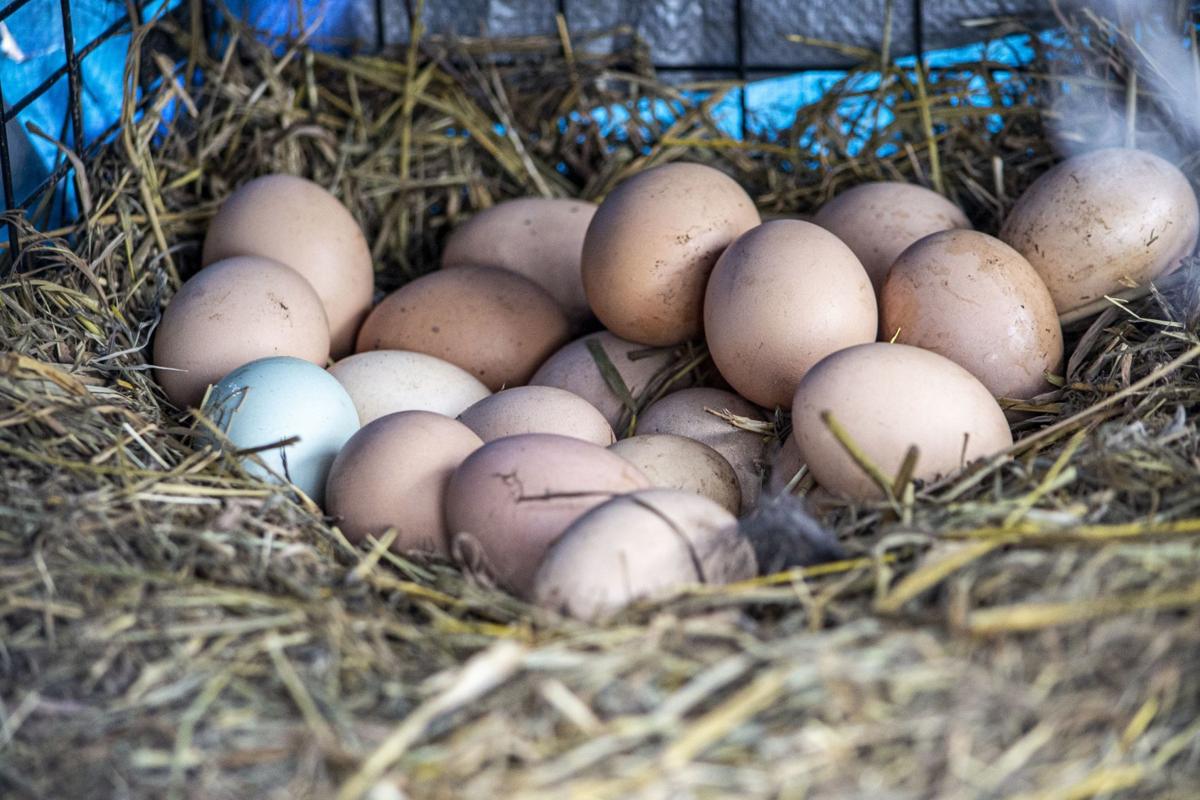 It's best to designate an egg-laying location 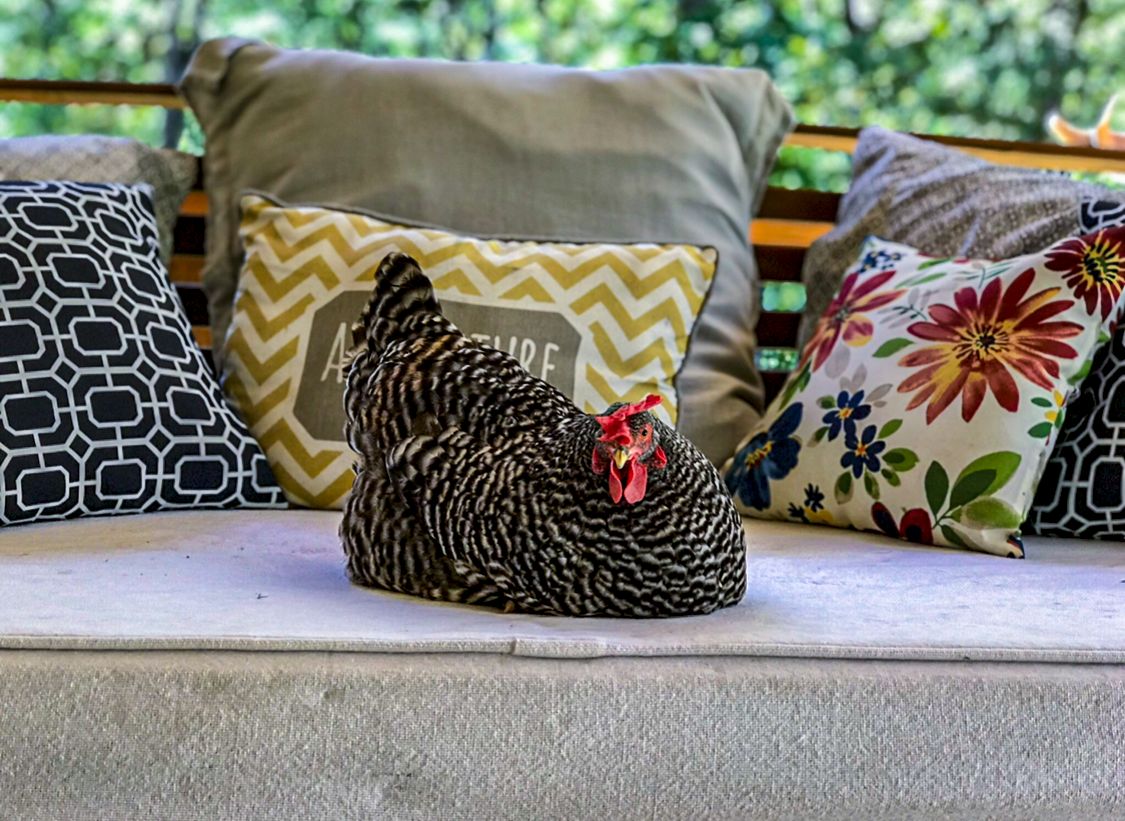 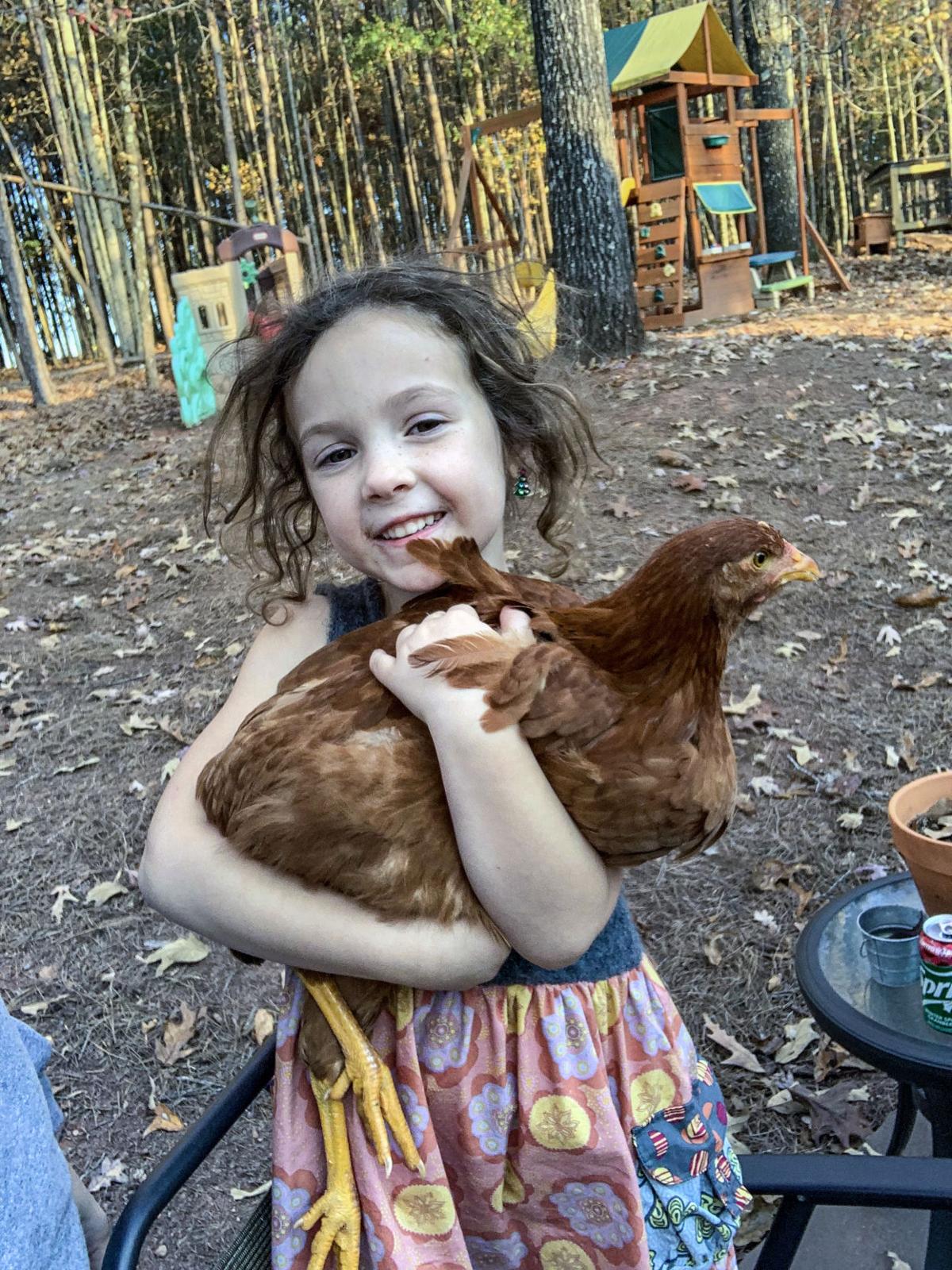 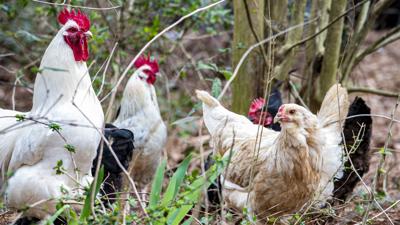 Chickens have been kept as pets for many years

Jessica Daniel said chickens are the easiest pets to keep

The birds abide by a pecking order.

There are hundreds of species

Chicken feathers are made of fibrous proteins called keratin

Chickens live for 5 to 10 years

It's best to designate an egg-laying location

Americans love chicken, and with the rising popularity of keeping them as pets, they might be as popular as puppies.

“Last spring, my husband and I went to the Tractor Supply Company to buy dog food, and we came home with four hens,” said Jessica Daniel of New Site.

Her husband Brad, and their daughters, Whitley, 4, and Macon, 2, had never before owned chickens. Adorable and irresistible, the baby chicks – named Peach, Strawberry, Lemon and Feathers – quickly became part of their home and their family.

Chickens are subspecies of the red jungle fowl, a member of the pheasant family native to Asia. Chickens were likely first domesticated for cockfights rather than food. Though they cannot fly, they can gain enough air to hop over fences or into trees. Chickens are omnivores, meaning they eat not only seeds but also insects, mice and lizards. The average chicken lives five to 10 years. There are hundreds of breeds of chickens, and there are more chickens in the world than any other bird species. Today, there are said to be more than 19 billion chickens in the world, outnumbering humans roughly three to one.

Around 20 years ago in America, keeping chickens as pets began to gain popularity.

“Chickens are the easiest pets ever,” Daniel said. “We put them in the coop when the sun goes down and let them out in the morning.”

Keeping the chickens in a coop at night ensures their safety from predators, such as owls, hawks and foxes.

Daniel’s chickens have a feeder hanging inside the coop. She fills it weekly with a crumble mix. She also gives them scratch feed and, occasionally, table scraps as special treats. Daniel sprinkles a lyme mix over the chicken waste beneath the coop to keep the chickens healthy, and the birds give themselves dirt baths regularly to keep clean.

“They roll in the sandy soil under the girls’ play set, and that’s the way they bathe,” said Daniel.

Hens start laying eggs around 5 months old. A laying hen’s body naturally lays one egg per day, and she does not need a rooster to lay an egg; however, if a rooster and hen mate before she lays an egg, that egg becomes fertilized.

Daniel checks the coop every morning for eggs.

“The hens go on vacation from laying eggs during the winter, but they’ll start laying again when the weather gets warm and the days get long,” she said.

After getting the hens settled in their new home, the Daniels added a rooster to the flock. Buzz, a territorial fellow, proudly sports a bright red comb atop his head.

“He is the boss,” Daniel said. “He will protect his hens from any unknown person or animal by rushing at them and flapping his feathers. He’s not aggressive, but he is in charge.”

The flock always stays together. They don’t wander far from each other, and they never leave the yard. There’s no need for a fence; the chickens stay close to home by choice.

Christy Smith, an Alexander City resident, also raises chickens as pets. One of Smith’s chickens, a particularly stubborn hen named Sassy, insists on laying eggs in the center of Smith’s porch swing. Smith had recently covered the swing with a cream-colored linen cushion on which she didn’t even want her family to sit. But Sassy decided that swing was perfect for laying eggs.

Smith then decided to cover the pillows with plastic, in the hopes that the noise would scare Sassy away. But the next day, there sat a freshly laid egg right on the plastic covered porch swing. Not one to give up, Smith went on to place a rubber snake, a plastic spider and finally a life-sized skeleton on the swing to discourage Sassy. But Sassy had good taste. Day after day, she continued laying eggs on the beautiful linen-cushioned porch swing.

And the problem solved itself.

Daniel asked, “And what is your favorite pet?”