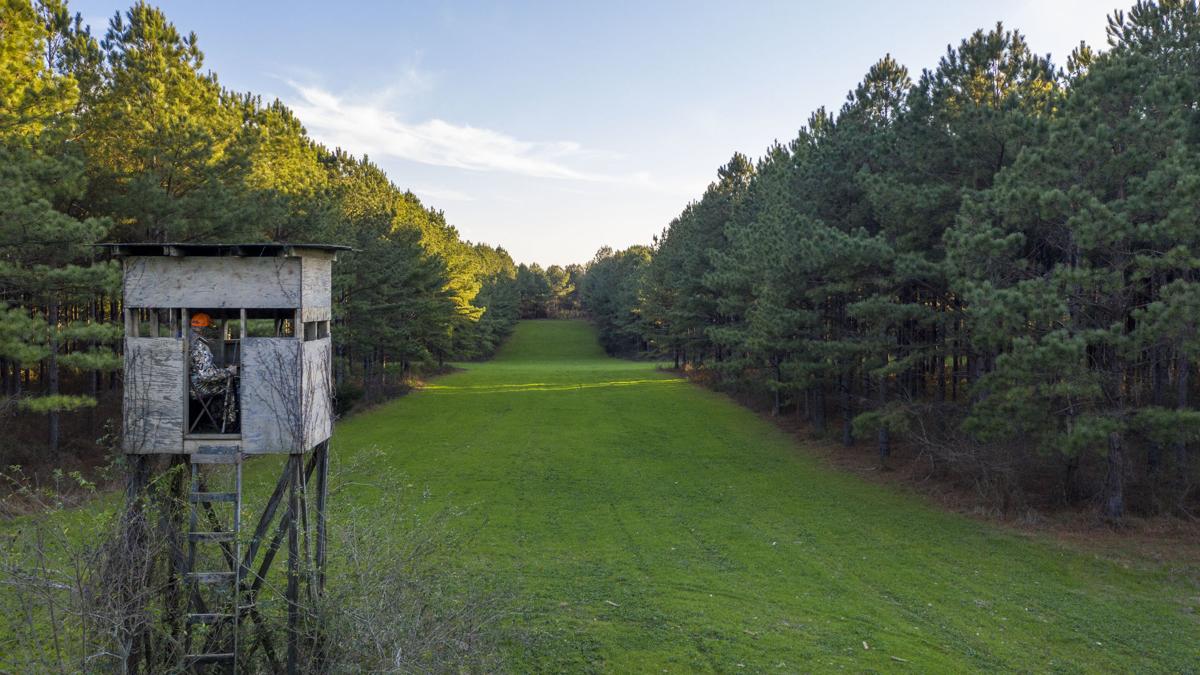 A hunting camp in Tallapoosa County 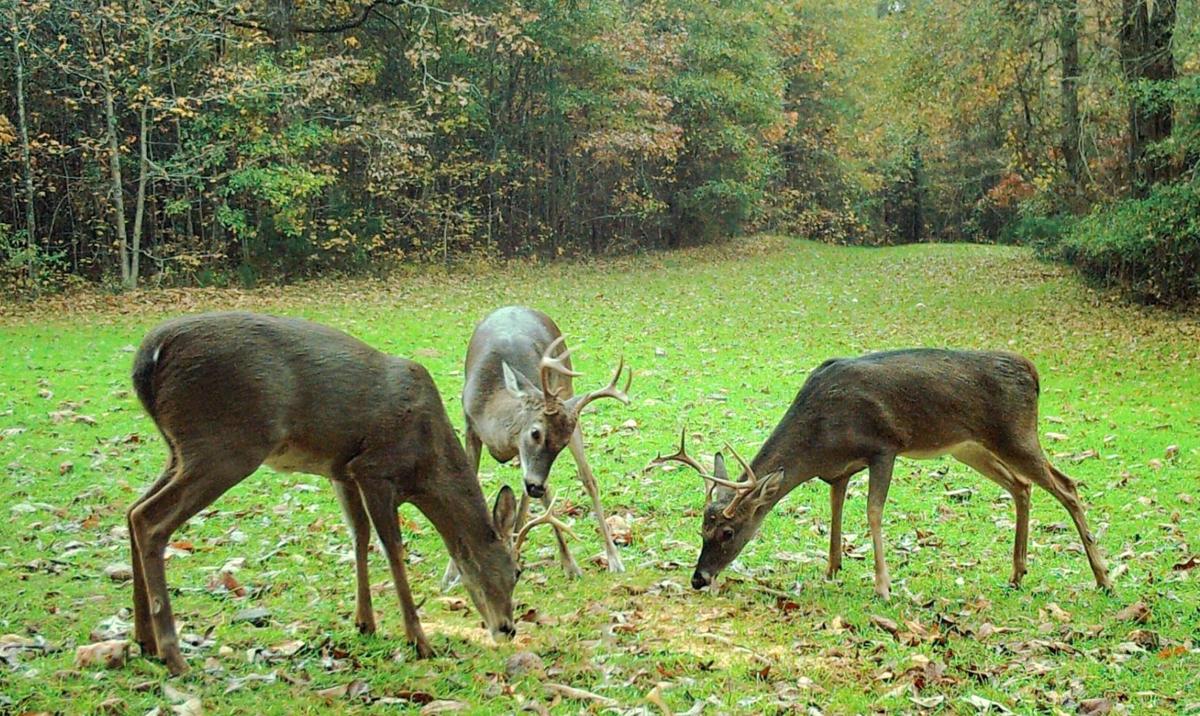 Deer congregating could more easily lead to the spread of diseases. 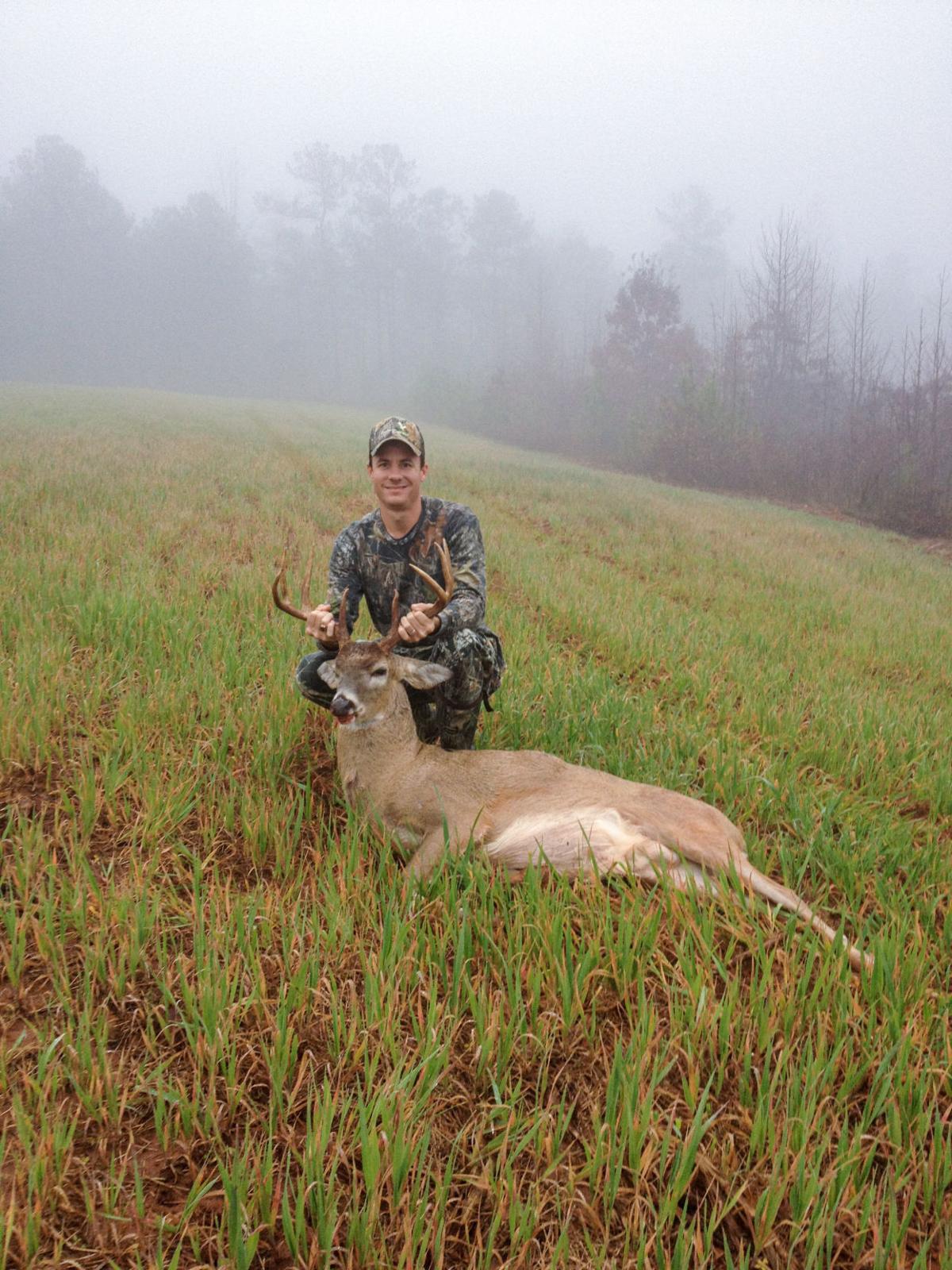 Matt Railey shows off his kill on Railey Farms near Hackneyville. 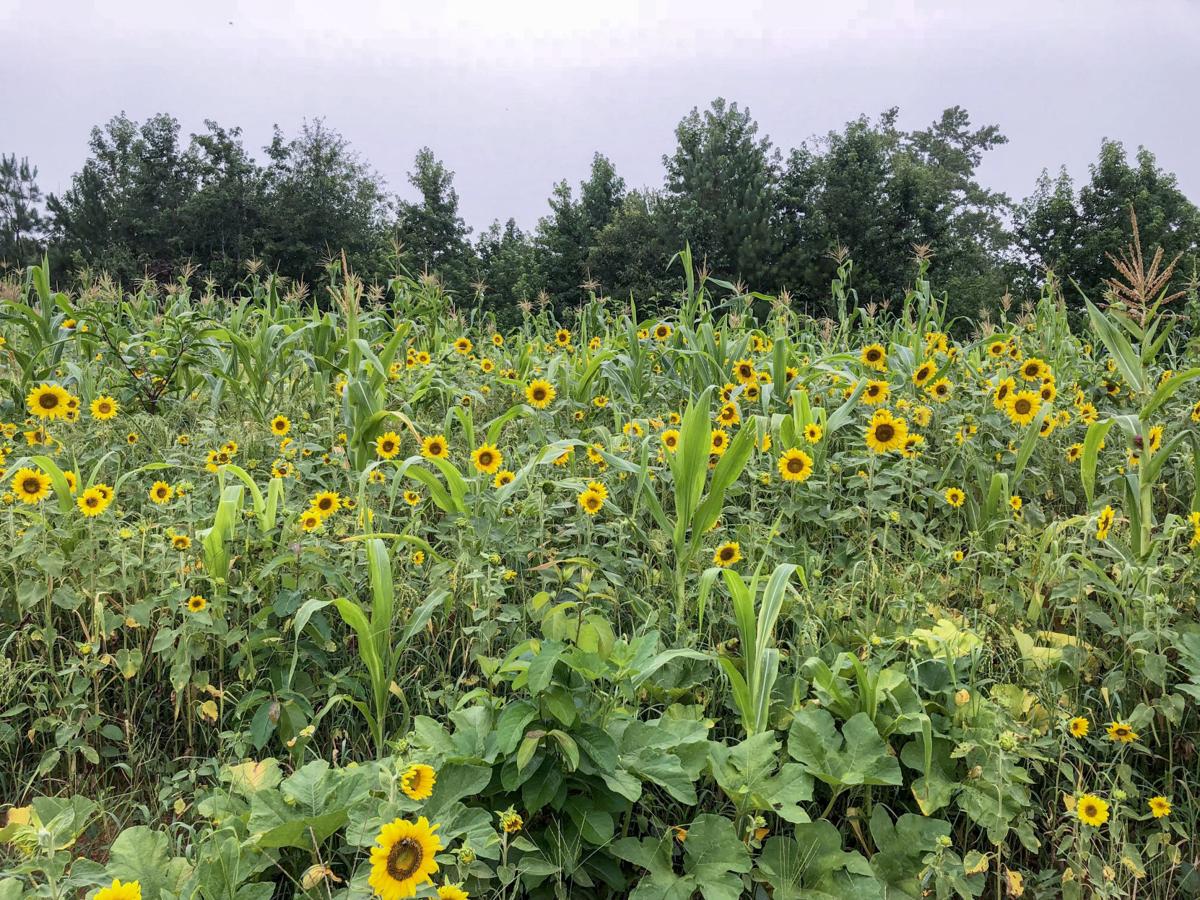 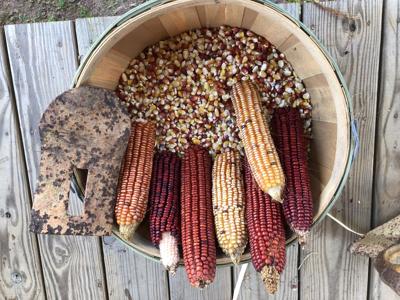 A hunting camp in Tallapoosa County

Deer congregating could more easily lead to the spread of diseases.

Matt Railey shows off his kill on Railey Farms near Hackneyville.

On May 7, 2019, Alabama Gov. Kay Ivey signed into a law a bill that allows hunters on privately owned or leased land to purchase baiting privilege licenses that make it legal to hunt feral pigs and white-tailed deer with the aid of bait.

While the verdict is still out on how this will affect the deer population, hunters are now entangled in a controversy of the unwritten ethics of deer hunting, along with the health of wildlife.

While the Alabama Department of Conservation and Natural Resources has been opposed to such legislation for years, this year they made an exception, since the Legislature added specific language that allows the ADCNR the authority to manage not only baiting, but also supplemental feeding of wildlife in the case of disease outbreak.

“Bill sponsors met with us and took our recommendations to add this statement, which ultimately made us a stronger department,” said Chuck Sykes, ADCNR Wildlife and Fisheries director. “Previously, if chronic wasting disease would have come to the state, even though it would be illegal to hunt over bait, it’s still legal to feed wildlife 365 days of the year, so we did not have any control over that.”

The decision to hunt using bait is still at the discretion of the hunter, but those that choose to do so must purchase a bait-privilege license and renew it each year when it expires on Aug. 31. The license costs $15 for residents and $51 dollars for non-residents. It’s sold through any outlet that sells hunting licenses and online at outdooralabama.com.

“There are no exemptions either. If you hunt over feed, you have to buy that annual license,” said Sykes.

The money collected from the sale of the licenses will continue to aid the ADCNR’s Game and Fish fund.

“Nobody’s tax dollars go to us to provide services. The only way we make money is by selling hunting and fishing licenses,” said Sykes.

The Pittman-Robertson Act of 1937 places an excise tax on gun and ammunition manufacturers, and the ADCNR receives a portion of that money based on the number of hunting licenses sold.

“Since the baiting license passed, exempt hunters who want to hunt over bait must purchase a license, therefore we can also count them as hunters, allowing us to receive a larger portion of the pie,” Sykes added.

Some feel that the use of bait is an unethical technique and also cheapens the skills needed for hunting.

Woody Baird, owner of The Sure Shot in Alexander City, is on the fence about the new law sinc he sells corn, supplemental protein and feeders but personally does not agree with it.

“There are two sides to this double-edged sword. People want to buy it, so there’s a supply demand,” he said. “But people can just dump out bags of corn, and that’s not good for the health of wildlife.”

Baird recommends spreading only a small amount of corn out at a time, if choosing to spread feed or using a feeder that controls the corn supply.

Also, Baird said, people need to be feeding deer year round to grow the herd.

“Feeding falsely supports the deer population, but when the food is taken away, it hurts them,” said Baird. “If you put out a high-protein supplement, it will fuel health for the does. When the bucks are chasing, they’re not eating, so feeding them strengthens them up.”

Before the current deer season in Alabama, it was illegal to hunt within 100 yards of a deer feeder, and the feeder couldn’t be seen from the hunter’s position. Under the new law, a hunter can put a feeder anywhere to attract deer, with the baiting privilege license.

Hunting over bait brings up all kinds of controversy, often within individual hunting clubs where some members would like to use bait and others do not. If anyone does, it changes the deer movement patterns for every member of the club. Since all hunters and fishermen tend to keep their best “honey holes” to themselves, a hunter who doesn’t want to hunt over bait may find himself doing so by stumbling onto another hunter’s secret bait location.

The new law making hunting over bait legal has also brought new discussion about what exactly “bait” means. Planting winter wheat, rye grass, clover or other crops that stay green all winter is a long-standing legal method of attracting deer and changing deer movement patterns in Alabama, as is using scents, such as acorn, persimmon or doe in estrus. There are the scores of commercially marketed deer food-based products like Deer Cane, C’Mere Deer, Stump Likker and Acorn Rage or salt and mineral licks like Trophy Rock that can attract deer and change their natural movement patterns.

He and wife, Kathy, live on a small two-acre farm near Hackneyville where he practices the ancient agricultural technique known as three sisters. By planting corn, beans and squash together, the three food crops benefit each other and the entire plot enhances the natural biological ecosystem.

“Native Americans did it for centuries. The corn grows up; the beans climb the corn stalk and any bean/pea is a legume, which provides nitrogen back into the ground. The squash will spread out and shadow the ground, creating a natural herbicide and keeping moisture in the ground,” Railey explained.

He personally adds peas to the mix, creating a four sisters’ system. It grows into a beautiful green jungle, he said, and it’s a man and wildlife mix.

“Wildlife not only love it for the food but also for the cover,” he said.

This patch farm mentality is a better, healthier way for wildlife to feed and also provides for personal consumption and crops to sell.

In the early fall, Railey said, he mows parallel strips through the field and plants wheat and clover in those strips.

“Not a lot of people do that, but it’s a new way of feeding wildlife and farming for wildlife,” he said.

As a result of this system, Railey said, this year he killed the largest deer he’s seen on his property. The ecosystem also is appealing for rabbits, and most recently, quail, he said.

Railey and Kathy also grow heirloom corn, which has more sugar and more protein than modern varieties. When the corn dries up, the deer devour it, he said.

“If you farm for wildlife, you don’t need to go pour corn on the ground,” said Railey.

Also, fawns recognize the area as home and a source of food due to genetic imprinting, so they know it’s a safe place year round.

Despite the pros and cons and personal opinions, hunting over bait is still a choice and not mandated of hunters, said Sykes.

For more information about the baiting privilege license, visit outdooralabama.com.

Legal on private land only