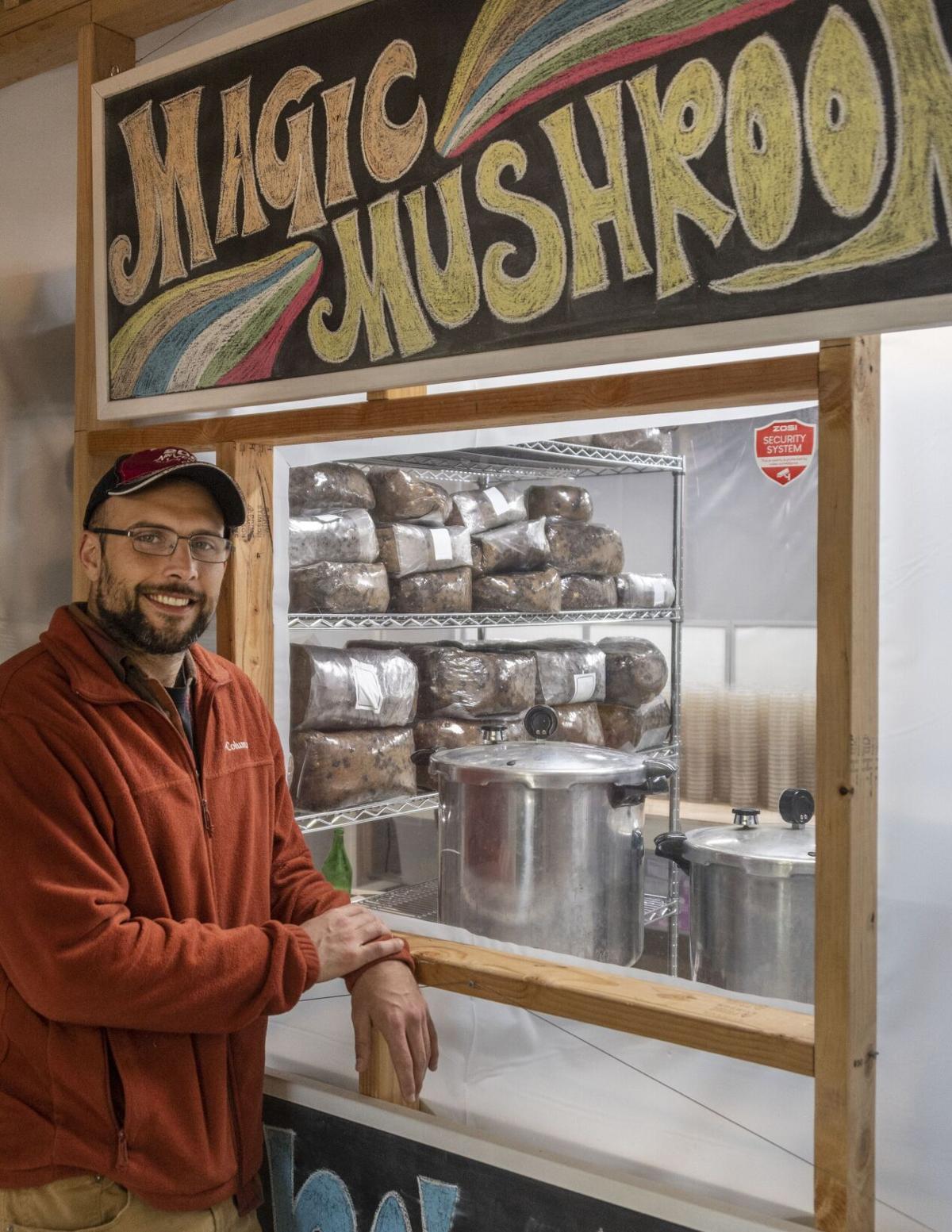 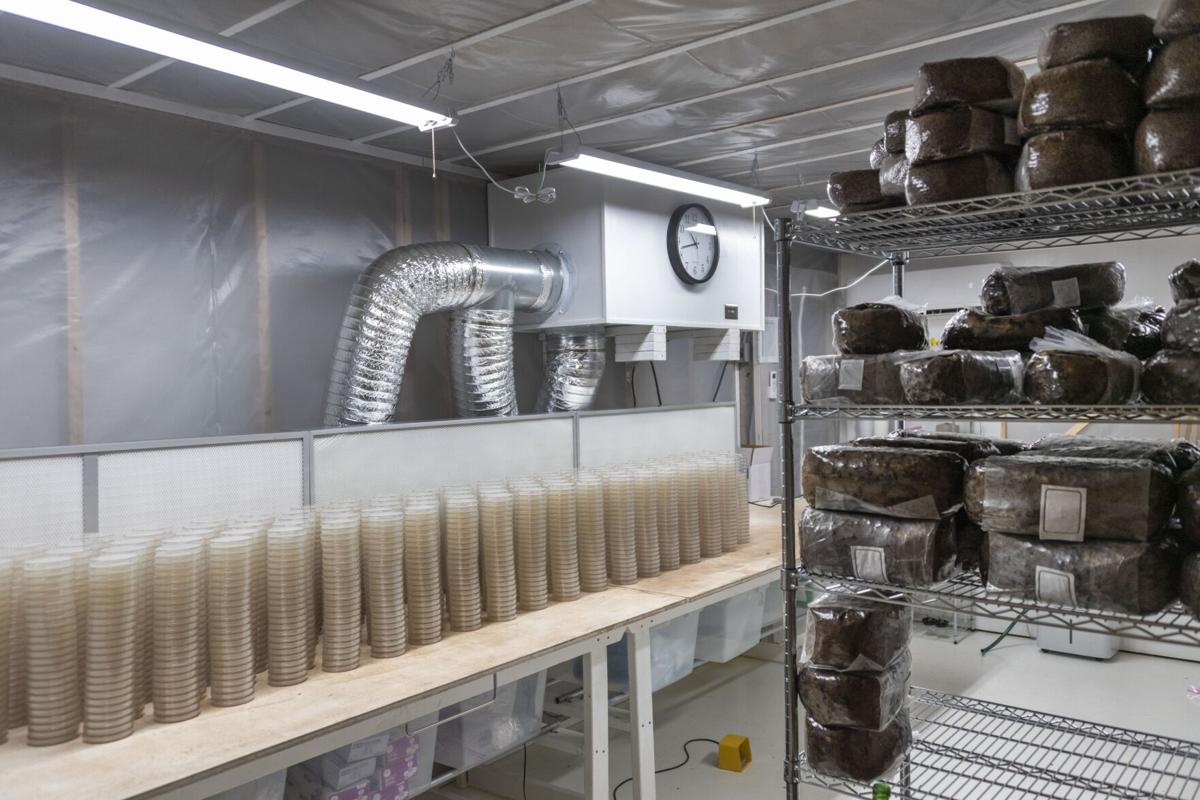 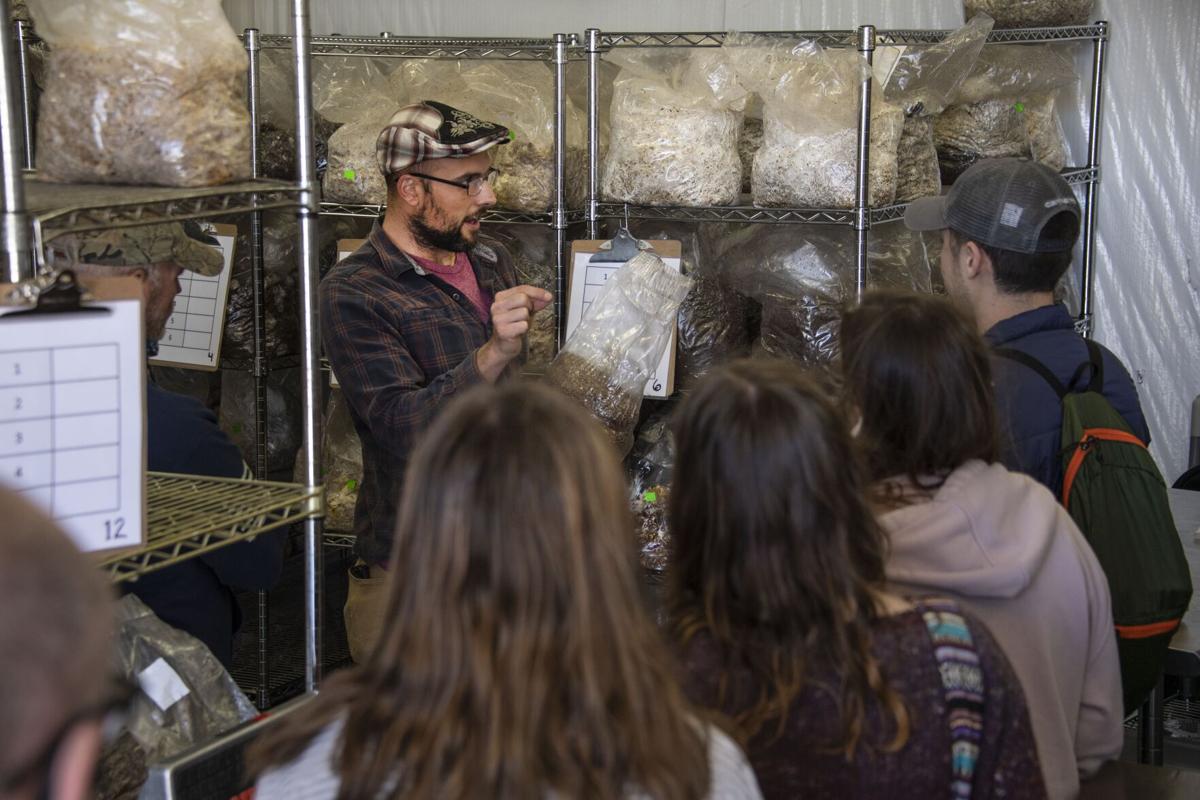 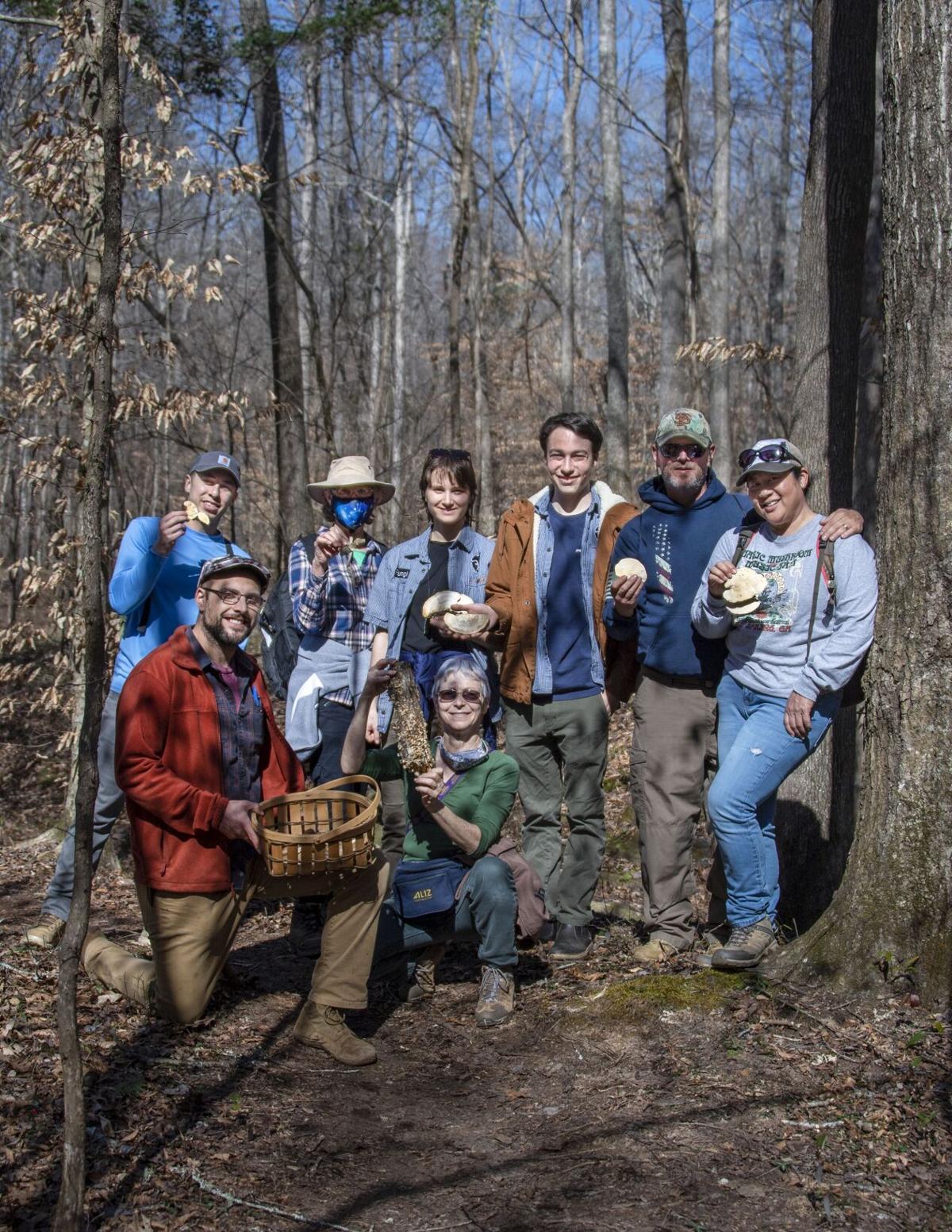 Allen Carroll, mushroom enthusiast and owner of Fungi Farm in Dadeville, hosts cultivation classes where students spend time foraging for mushrooms and discussing new developments in growing these gourmet superfoods for use in their own kitchen, as well as for commercial endeavors. 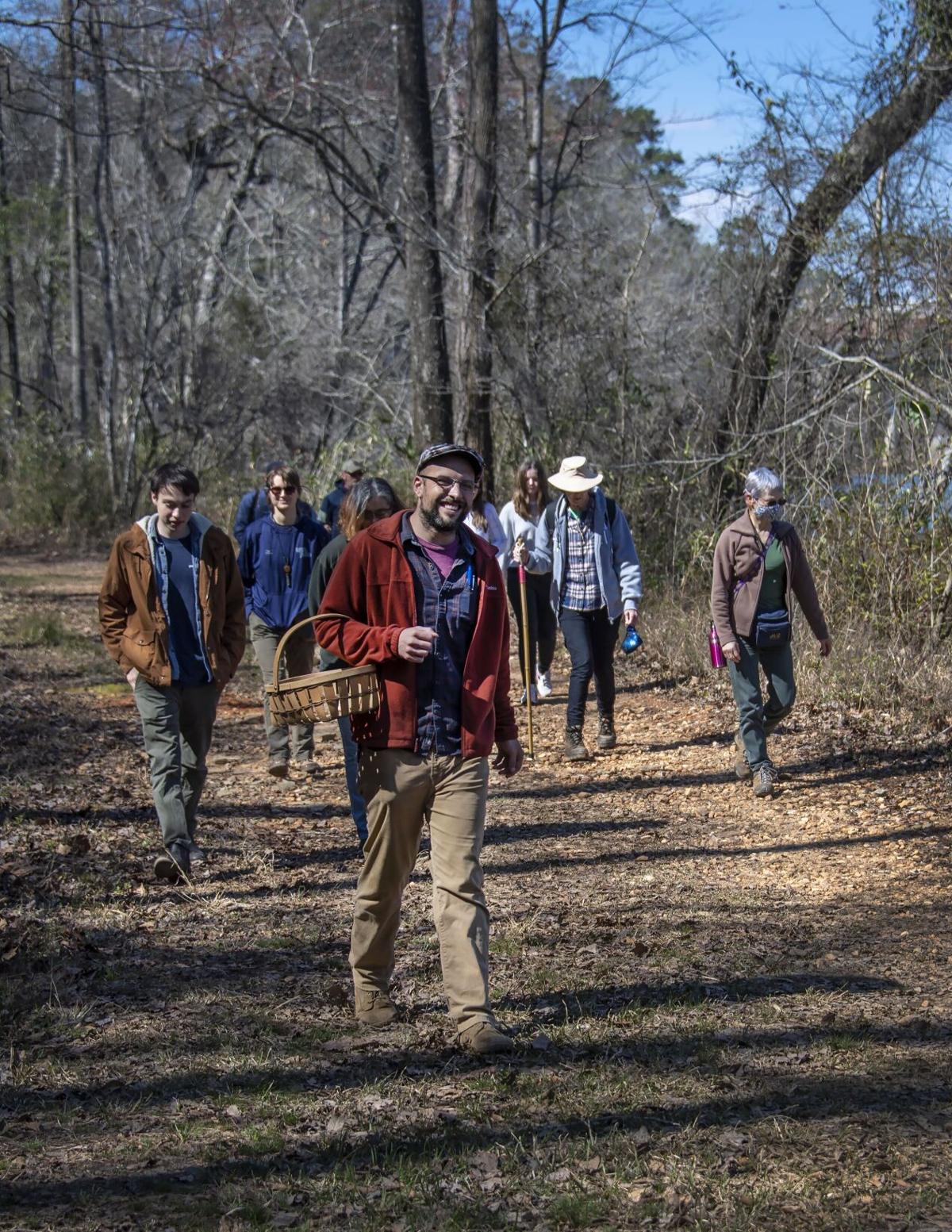 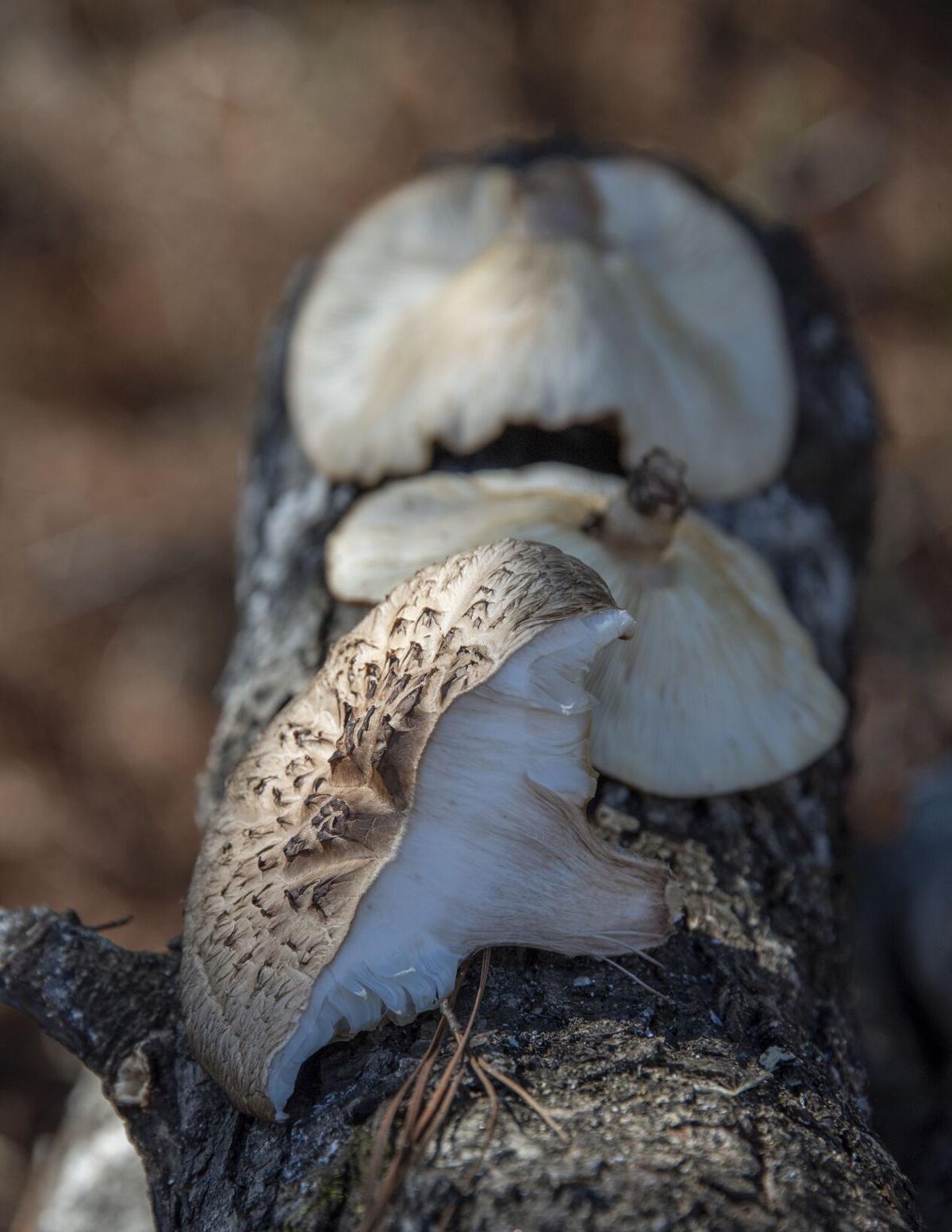 Mushrooms actually are the fruit of fungi, just as an apple is the fruit from an apple tree. 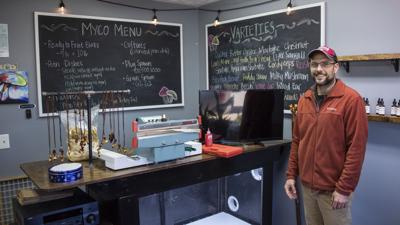 Allen Carroll, mushroom enthusiast and owner of Fungi Farm in Dadeville, hosts cultivation classes where students spend time foraging for mushrooms and discussing new developments in growing these gourmet superfoods for use in their own kitchen, as well as for commercial endeavors.

Mushrooms actually are the fruit of fungi, just as an apple is the fruit from an apple tree.

High in antioxidants and packed with vitamins and minerals, mushrooms are trending as the next super food. They are great for the immune system, giving the skin a healthy glow, and they are even better for the heart.

Most people think of a mushroom as a vegetable, or they at least equate it to the vegetable family; however, it is in the fungi family.

“Mushrooms are not plants. They are fungi. Fungi eat stuff, whereas plants make their own food through photosynthesis. So growing mushrooms is more  like herding livestock than it is growing plants,” said Allen Carroll, self-taught fungi enthusiast, President of Alabama Mushroom Society, and owner of Fungi Farm in Dadeville.

“We don’t actually grow mushrooms here, which surprises most people; however, we do supply mushroom farmers with mushroom growing equipment and supplies,” he said.

Fungi Farm was founded in 2017 by Carroll and a friend. Recently Carroll bought out the business and now owns it free and clear. He is in the process of expanding the operation and is looking into adding other areas of revenue, such as  compost production in addition to expanding the current operations at  Fungi Farm.

“What we essentially have here is a processing facility where we produce artificial logs that are inoculated with specific species of fungi that produce mushrooms. Then we sell these production units to farmers,” Carroll said.

Carroll said that people typically call the various species grown at the Fungi Farm gourmet mushrooms because they do not have a long shelf life. This makes them a great local product for farmers to sell at the market or even for restaurants that prefer serving fresh mushrooms to their customers. Fungi Farm also sells to home growers who love mushrooms and enjoy growing their own.

There are many ways that mushrooms can be grown, such as on logs, on artificial logs like Fungi Farm produces, in dark places with no light and in well-lighted areas.

Humidity plays an important role in the cultivation of many mushrooms and is an important point to consider for the home grower, but some species and combinations work better than others. Carroll has perfected the art of gourmet mushroom inoculation, which makes the process a simple one for his customers. He says oyster mushrooms are usually the most successful for homeowners because they grow wonderfully in normal household conditions.

To create an artificial log, the bags used at the Fungi Farm must be pressure-cooked and sterilized.

Carroll said they use a bag created specifically for growing mushrooms. It is made of polypropylene and can be pressure-cooked without melting. The bags also have breathing filters because, like humans, mushrooms breathe. They require quite a bit of fresh air to grow well.

A machine is used to add water and raw materials that are the mushroom food to the bag. Then the bags are sterilized and inoculated with a mushroom producing fungus. This process begins the colonization period, where the bag must be kept in a cool room with at least some form of a light source. These are called ready-to-fruit bags, and people can purchase them to begin harvesting mushrooms for a home garden project or commercial production.

Each bag comes ready to use. Just follow the directions, set the ready-to-fruit bag up in a cool place with a decent light source and allow the mushrooms to grow.

Mycelium is the vegetative body of the fungus and gives rise to the mushrooms. The mushroom acts as the fruiting body of the mycelium.

“See, mushrooms do not have differentiated tissues like us. We have blood and bones and different tissues. Mushrooms are made entirely of mycelium and can be easily cloned because of this. It is very similar to taking a cutting of a plant,” he said. “And mycelium is sort of like the tree that a mushroom comes from, and mushrooms are actually the fruit – it’s a reproductive structure. So, when you pick a mushroom, you are not harming the fungus. It is  like picking an apple off of a tree. A mushroom makes spores just like an apple has seeds.”

The reproductive structure of the mycelium is  thedesired product for those who purchase the ready-to-fruit bags from Fungi Farm. not only will they begin to see mushroom growth within one to three weeks, but also they will get multiple harvests out of each bag.

“Each bag produces about two pounds of mushrooms on the first harvest, and each subsequent harvest reduces in weight by about half,” said Carroll. “After the third or fourth harvest, the contents of the bag make a great compost for other gardening projects.”

The overall idea of Fungi Farm is to support local mushroom farmers and enthusiasts in their quests to develop, study, eat and sell many different varieties of mushrooms.

For more information or take to a class at Fungi Farm and learn about the intricacies of growing mushrooms, check out the Facebook page @fungifarmAL, Instagram @fungi.farm or visit the website fungifarmllc.com.

As President of the Alabama Mushroom Society. Carroll said the group welcomes newcomers. They meet at the John B Scott Nature Trail south of Martin Dam the first Saturday of every month at 1 p.m. to forage, study and learn about different types and species of mushrooms.