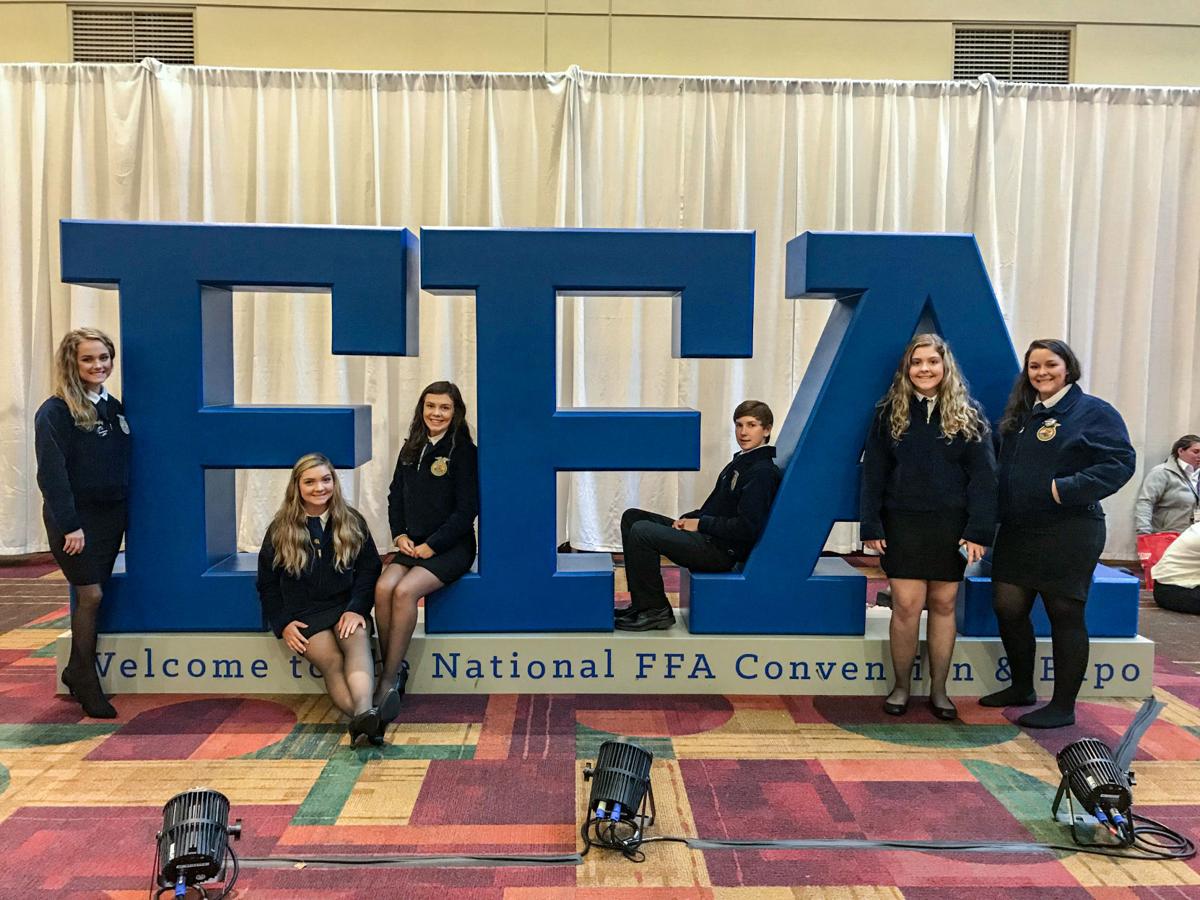 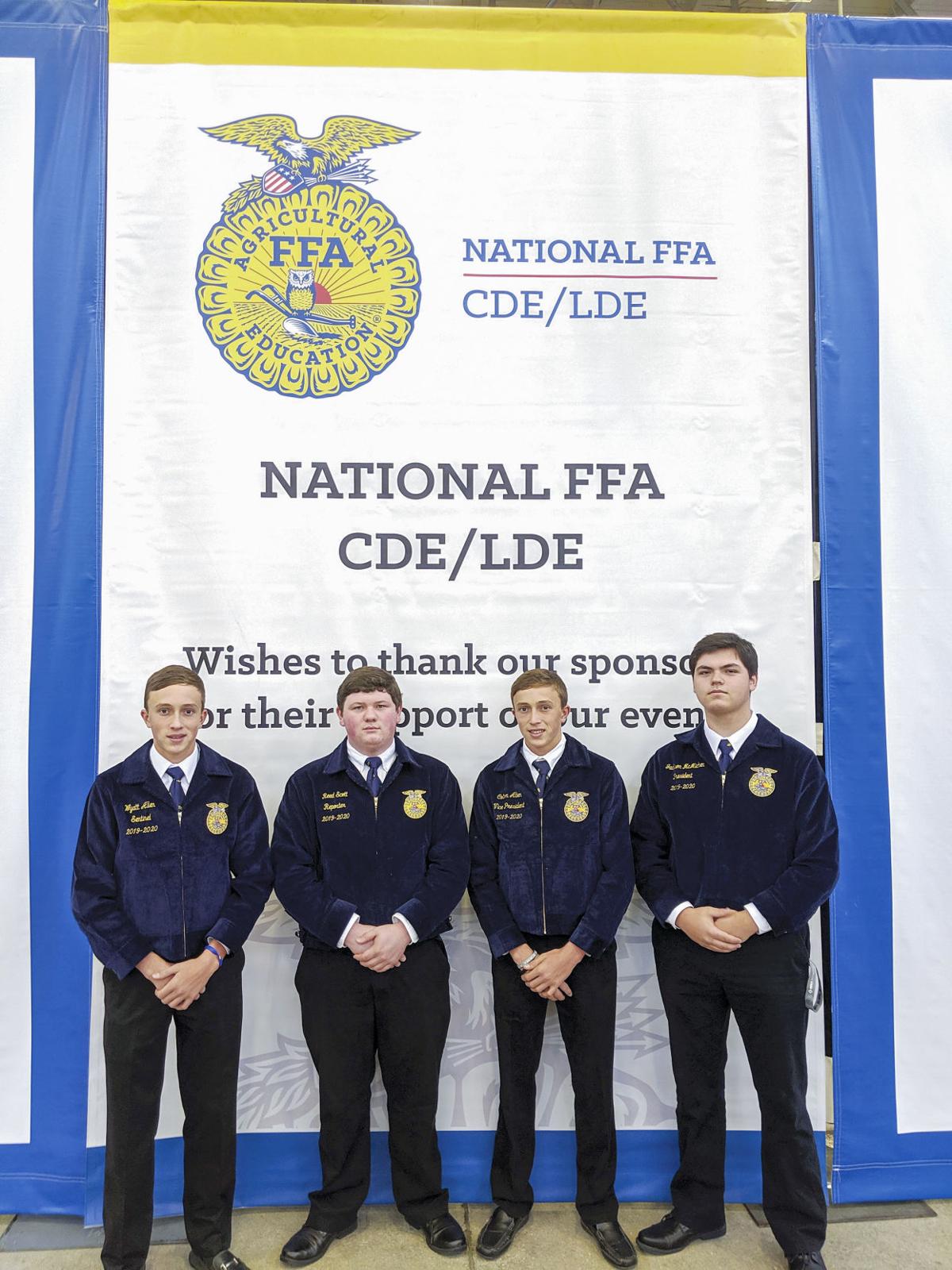 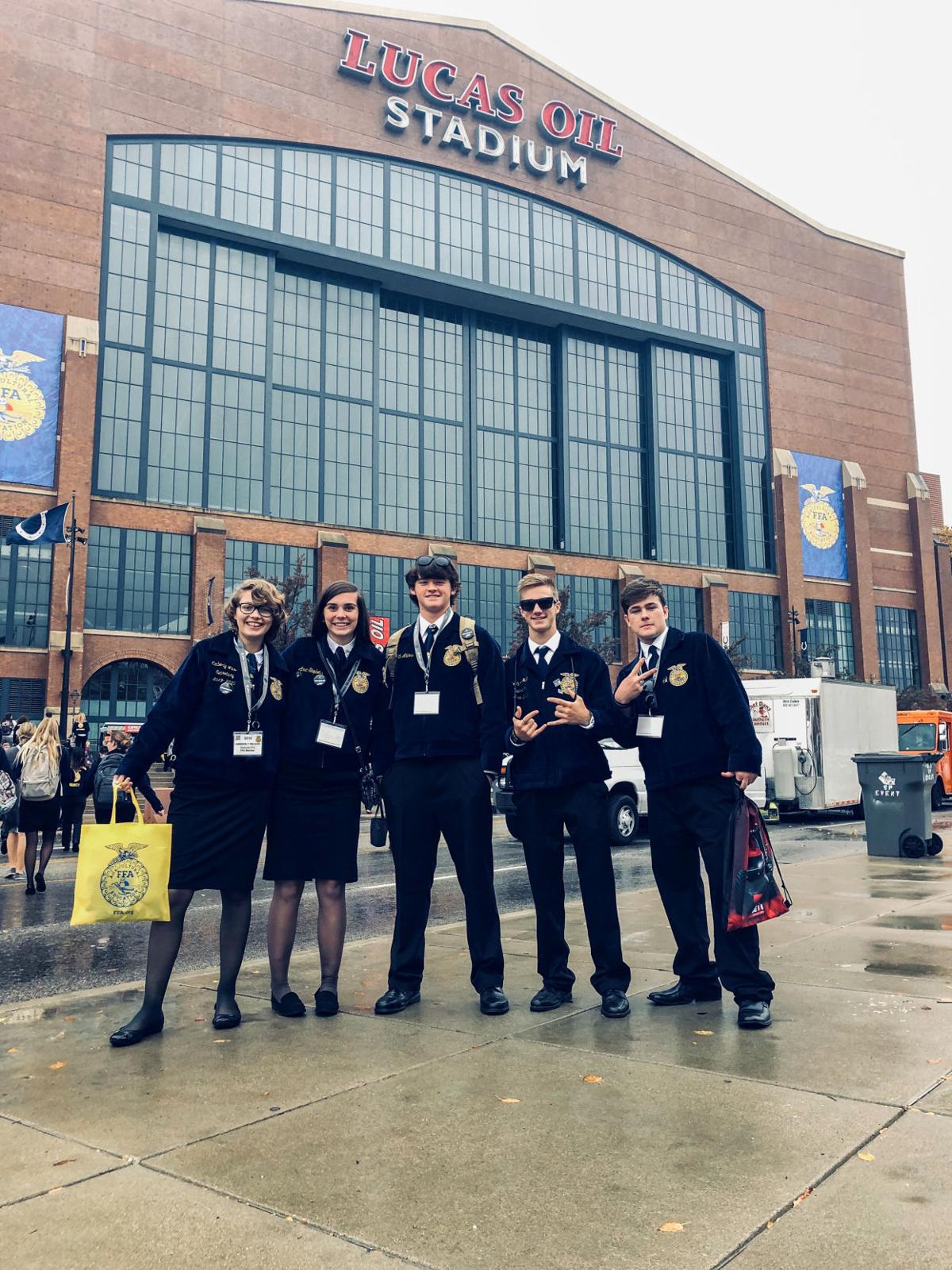 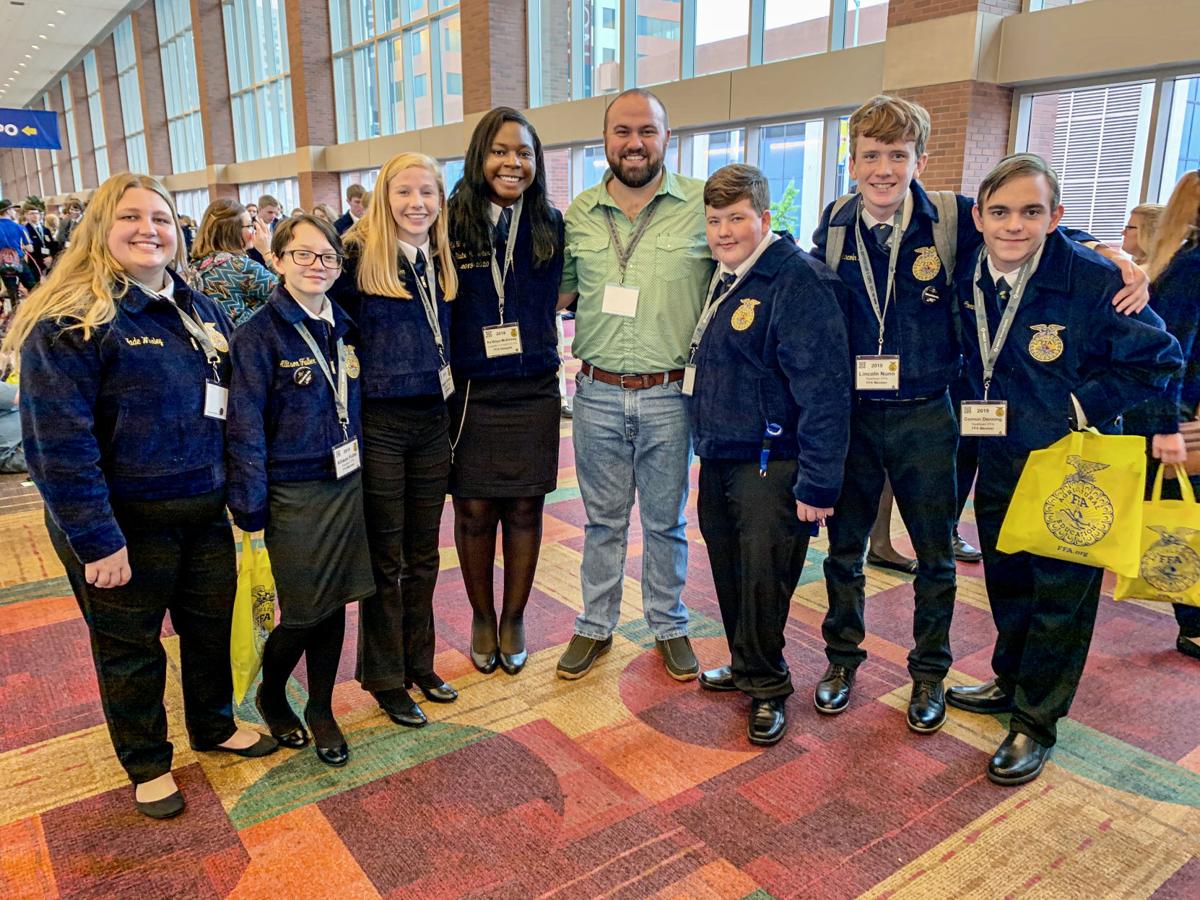 In a sea of blue jackets, students from four local high schools last month networked with other agriculture students, explored more than 400 exhibits and received accolades in Indianapolis, Indiana, at the 92nd Annual National Future Farmers of America Convention and Expo.

Known as one of the largest conventions in the U.S., the conference united some 70,000 members of this widely popular student-led organization to celebrate accomplishments, inspire and educate on future opportunities.

“Every state is represented at the four-day convention, including the Virgin Islands and Puerto Rico,” said Clint Burgess, Reeltown FFA advisor. “They all wear their uniformed blue corduroy jackets proudly throughout the convention, showing their states and chapter names on the back. You can see where everyone comes from, and it’s just a sea of blue.”

“The purpose of the convention is to come together and meet each other. Anything that has to do with agriculture is there, from companies, colleges and more,” said Burgess. “There are programs, workshops, career development events – plenty to keep us busy.”

The career expo sets up in Lucas Oil Stadium and covers more than 253,000 square feet.

This was the first year Benjamin Russell High School went as a team to compete in the convention. The agriculture mechanics team won at the state level in June and went on to compete nationally, representing Alabama. They received a silver medal, which placed them between Nos. 13 and 28.

“I was proud of them,” said John Williams, BRHS FFA advisor. “Everything that was under our control that they could do well on, they did.”

“We had nine individual awards that were state champions and competing on the national level. Six placed silver and three made bronze,” said Williams. “Our goal next year is to have more gold-place finishes.”

“The national chapter award is designed to recognize FFA chapters that actively implement the mission and strategies of the organization,” she said.

The school’s biggest accomplishment was being selected as one of the top five chapters in Alabama, and four of HSB’s teams qualified to compete on the state level in June.

One of the convention’s goals is to inspire schools to implement new tactics and techniques and offer new ideas. Last year, Reeltown FFA was motivated to mimic an aquaponics garden they had seen at the national convention in 2018. This is the process of growing fish, feeding them and implementing a system that converts waste into nitrate for plants. There is no soil involved.

“It’s a really neat working thing for the kids to see and put their hands on. We have 650 gallons in a greenhouse at the school,” said Burgess.

After receiving a grant from the Coosa Valley RCFD, Reeltown was able to acquire the necessary supplies for its aquaponics setup.

“This trip has become an annual tradition since 2013 for Reeltown,” said Burgess.

“This year, the delegates at the national convention challenged the National FFA Board of Directors to grow the Local Program Success staff to more adequately serve the states. They also proposed a realignment to the ‘We are FFA’ branding to focus on production agriculture, as well as resources to urban agriculture programs,” said Burgess.

“Tallapoosa County is really involved with FFA, and I’m impressed with all we’ve managed to accomplish here.”