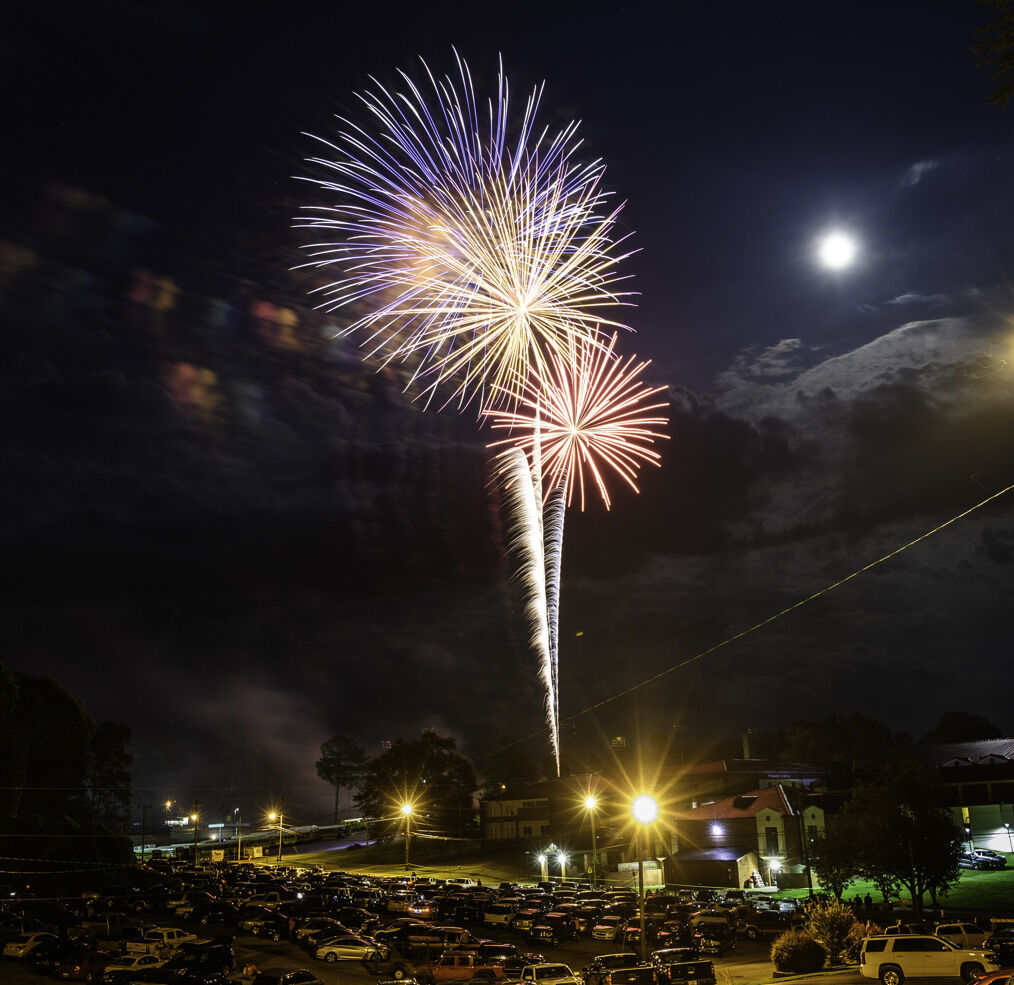 Celebrate Freedom Fireworks ignite the sky on July 3 from the BRHS lawn. 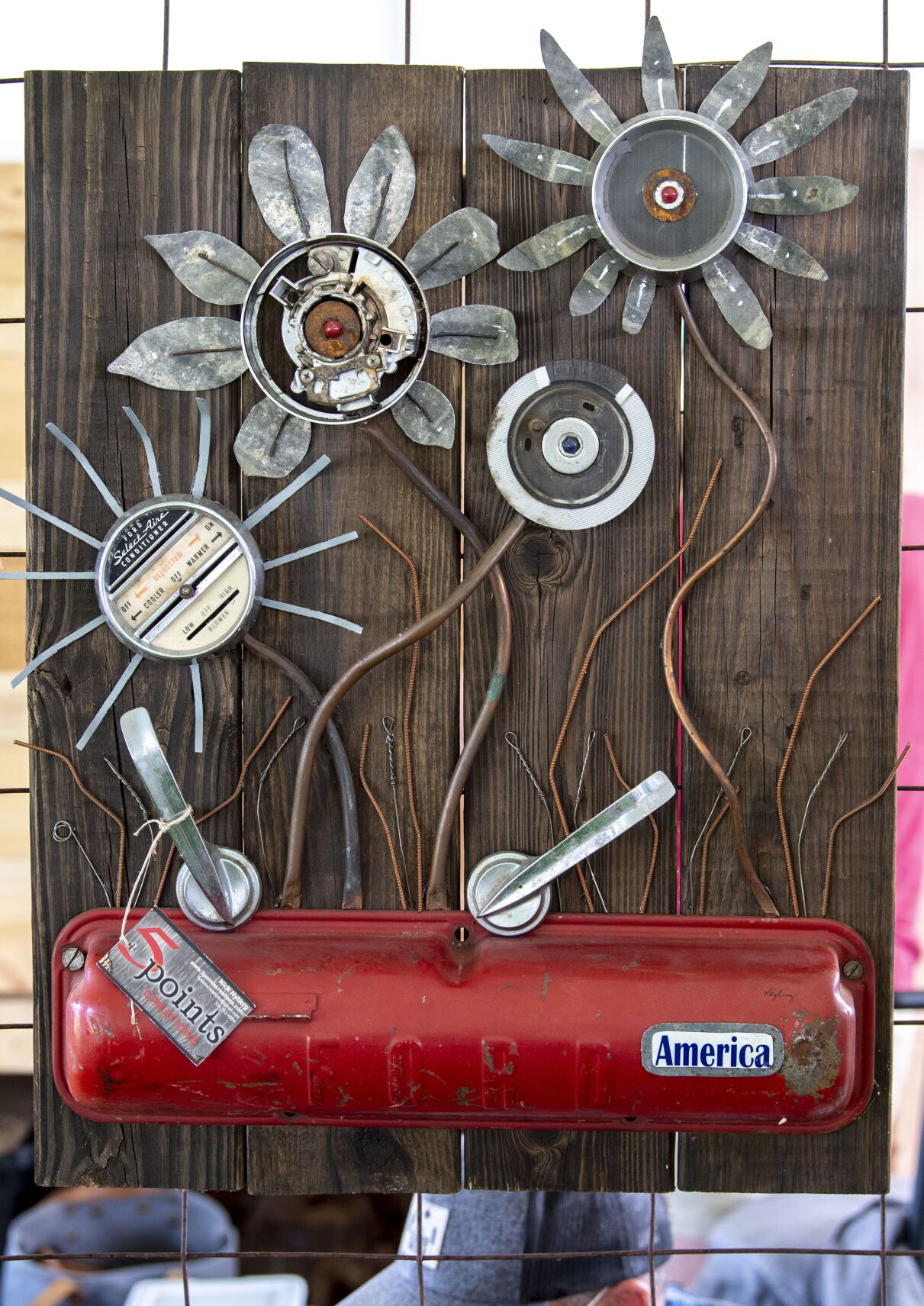 Join thousands at Arti Gras to view and purchase handcrafted works of art. 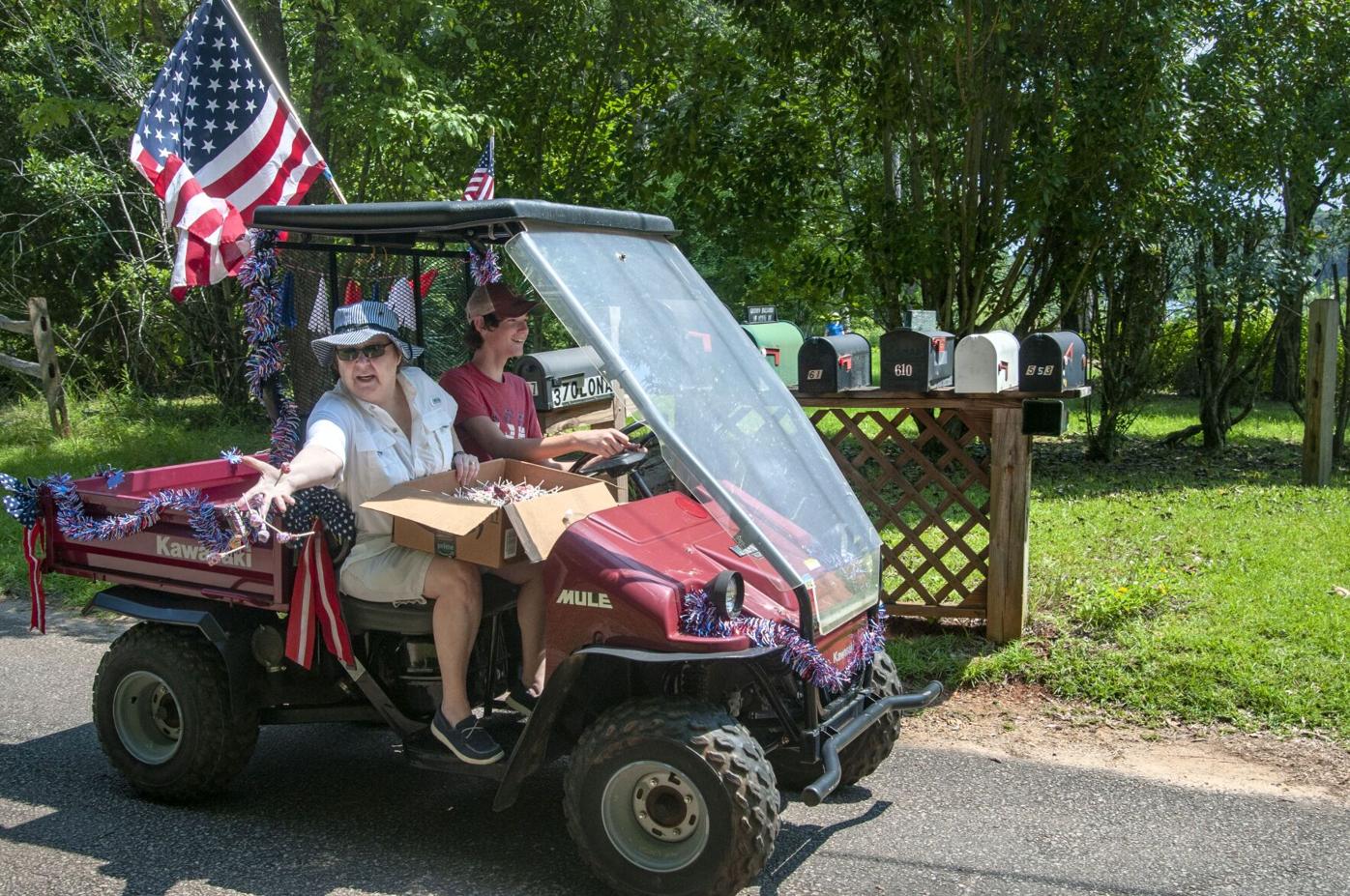 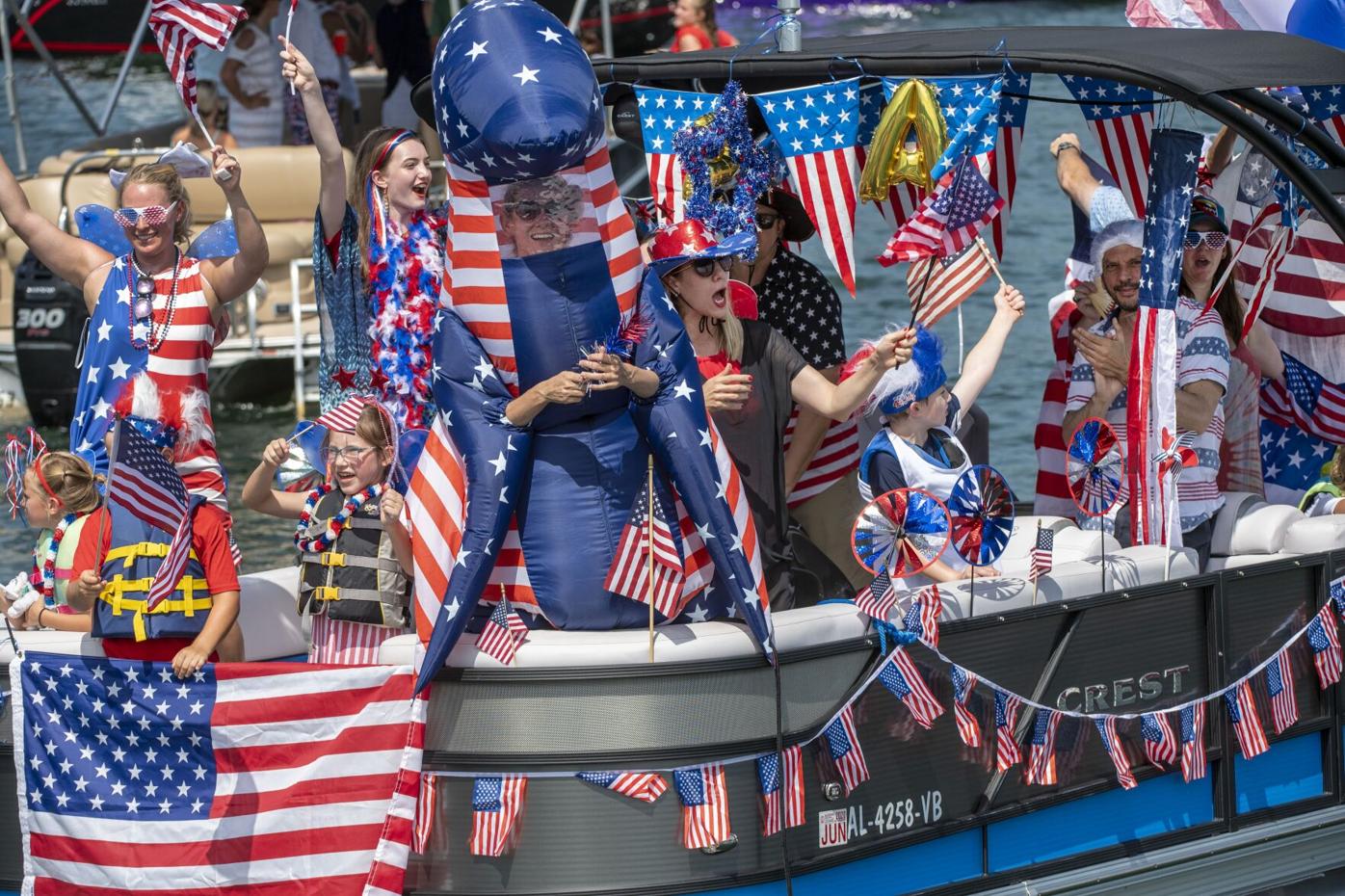 Don red, white and blue and watch or join Russell Lands July 4 for the Boat Parade

Celebrate Freedom Fireworks ignite the sky on July 3 from the BRHS lawn.

Join thousands at Arti Gras to view and purchase handcrafted works of art.

Don red, white and blue and watch or join Russell Lands July 4 for the Boat Parade

On this Independence Day, freedom truly rings as towns and cities all over the U.S. begin to open back up and allow people to gather for momentous occasions and holidays. Patrons are eager to get out and partake in July 4 festivities. Some still have not visited with family or friends in more than a year. But this year, that will not be the case. There are tons of events happening in and around Tallapoosa County, and there is positively something for everyone to do on this Independence Day.

Kick-off Saturday, July 3, with the Heart of Waverly BBQ

Kick-off the holiday weekend at the Standard Deluxe for the Heart of Waverly BBQ. There will be music on the outdoor stage and plenty of delicious food, art and garden vendors. Gates will open at 11 a.m., and music begins at 12:30 p.m.

Headlining the concert is the North Mississippi All-Stars, who offer up an ancient yet futuristic sound that they deem modern Mississippi music. While the music stays true to Mississippi Hill country, the brothers thrive on developing a sound and identity that is unique to them.

They will feature songs from their newest album, Up and Rolling, which was inspired by Wyatt McSpadden, a photographer who happened upon the brothers for a photoshoot back in 1996 and ended up spending the whole day with them, capturing it all on film.

Although the brothers had long forgotten about that day, McSpadden had not, and as he sat reminiscing one day, he came across the photos. McSpadden sent the photos to the band, and they were elated at the memories, which sparked the idea for their new album, Up and Rolling. The band believes that both the photos that were taken on the Sunday in 1996 and the new music they have since created capture the communal spirit upon which the band was founded.

The North Mississippi All-Stars are a great way to end the evening, but you’ll want to get there early because the music starts at 12:30 p.m. and the options are endless and eclectic.

B.B. Palmer has honed their skills over the years playing good ol’ American country music, while Cary Hudson’s sound leans more towards an alternative-southern rock. This will undoubtedly be a show to see. And just when you thought it couldn’t get better, the ever-present, high-energy sound of Royal Horses will fill the air. But that’s not all. Michelle Malone, singer, songwriter, producer and founder of SBS Records out of Atlanta, will also take the stage on Saturday. Her sound is a combination of bluesy, folk-rock and alternative country, and she is sure to delight the crowds.

In addition to great music, there will be artists, food and garden vendors. Come to hear great music but go home with fresh vegetables right out of the garden and a new piece of artwork.

And of course, there is no forgetting the barbecue. The event is called Heart of Waverly BBQ, after all. Robert Oswalt will be in the Feed Shak, and the Butcher Paper BBQ food trailer will be in the Yard. Make sure to bring cash and your appetite because this barbecue comes from the heart.

Bring the family, chairs and blankets, but leave the dogs at home. Small personal coolers are allowed, but no glass and no outside alcohol will be permitted. Tickets are $50. Visit standarddeluxe.com/shop/allstars to purchase online. Kids 14 and under get in free.

Celebrate Freedom featuring I AM THEY in Alexander City

Celebrate Freedom has been lighting up downtown Alexander City for 16 years, and this year will not be any different. Gearing up for the 17th year of jaw-dropping fireworks, music and fun, Pastor Rick Levell has been hard at work preparing for the crowds to be the largest this year that they have seen. This Celebration of Freedom begins at 6 p.m. on Saturday, July 3, on the front lawn of Benjamin Russell High School.

The evening will kick off with a concert by pop worship band I AM THEY, who just recently released their third album Faithful God. Most notably, they are known for songs Scars, Delivered and I Lift My Eyes; however, this new album has special meaning to the bandmates, as they went through a point of tribulation where uncertainty was the theme. The group didn’t know if there would be a future for them, and through all of these moments, they held steadfast to Hebrews 10:23.

Faithful God was the result of faithful intentions, and so the album is a look at the past and a glimpse into the future of the band. It is a declaration of promises kept and promises yet to come.

After the concert, Pyro Shows of Alabama will light up the sky with a magnificent light show. This group is known for fireworks displays that ignite the senses and special effects that will make onlookers believe they are part of the show. These guys know what they are doing, and it will be magical.

Come early to this free family fun event, and make sure to bring lawn chairs and blankets. Food and drinks will be available on-site, but please leave your pups at home because this one will be explosive.

Start the morning of July 4 with Dadeville’s Blue Creek Parade. The parade will begin at 11 a.m. from the north end of Ponder Creek Road. It will be an excellent opportunity for the family to hang out and enjoy the morning as participants throw out beads and candy to parade-goers. Parade participants should plan to arrive early and decorate golf carts, UTVs and convertibles. The parade will take off from Olana Drive and end at Niffer’s on Lake Martin.

Join artisans and patrons from all over the Southeast as they gather on July 2 and 3 for the 10th Annual Arti Gras juried art show on the Town Green at Russell Crossroads from 9 a.m. to 4 p.m. each day. An event you will not want to miss, this juried art show features only original and handcrafted pieces of art created and exhibited by local artists. Everything from well-designed, handmade trinkets to whole pieces of furniture will be available for purchase.

Make a day of it and stop in at Catherine’s Market for lunch, then visit the Naturalist’s cabin and the Clock Tower, where the children can apply their hands to the history of timekeeping.

Then on July 4, begin your morning with the Russell Marine 45th Annual 4th of July Boat Parade beginning at 10:30 a.m. Spectators line the shores of Lake Martin as patriotic boats and crew leave Kowaliga Marina and circle past the lighthouse at Children’s Harbor. Registered boats will vie for top honors for the largest flag, tallest flag, most patriotic and best overall boat and crew. So grab the crew, don some red, white and blue and deck out the boat. Or bring a chair and enjoy the show. Visit russellmarine.net/events for more information.

Close out the weekend celebration at The AMP on Lake Martin with the largest fireworks display in the Southeast, hosted by Russell Lands. Pick a spot on the soft grassy hillside to enjoy live music and watch the sky ignite in a multitude of mesmerizing colors.

The music starts at 6:30 p.m. Sunday with The Bank Walkers, hailing right here from Alexander City. They are sure to delight as they sound off with a mix of classic rock, folk, Americana favorites and southern jams. Then at 8, the Sweet Tea Trio will take the stage and impress us with their tight three-part harmony. These ladies were born and raised right here in the Deep South, and they take great pride in writing their own lyrics and performing their music.

Currently, they are recording a studio album produced by their manager Kid Rock. Sweet Tea Trio is enthusiastic and brings a little rhinestone energy to an already electric stage. These ladies have performed for the likes of Bon Jovi and Alabama; they are fun to watch and even better to sing along with, so bring your pipes because you will need them. They take the stage both before and after the fireworks, which are scheduled to begin at 9 p.m. So come out early and prepare to stay late. The 4th of July this year will most certainly end with a big, big boom on Lake Martin. For tickets and more info, visit www.theamponlakemartin.com.