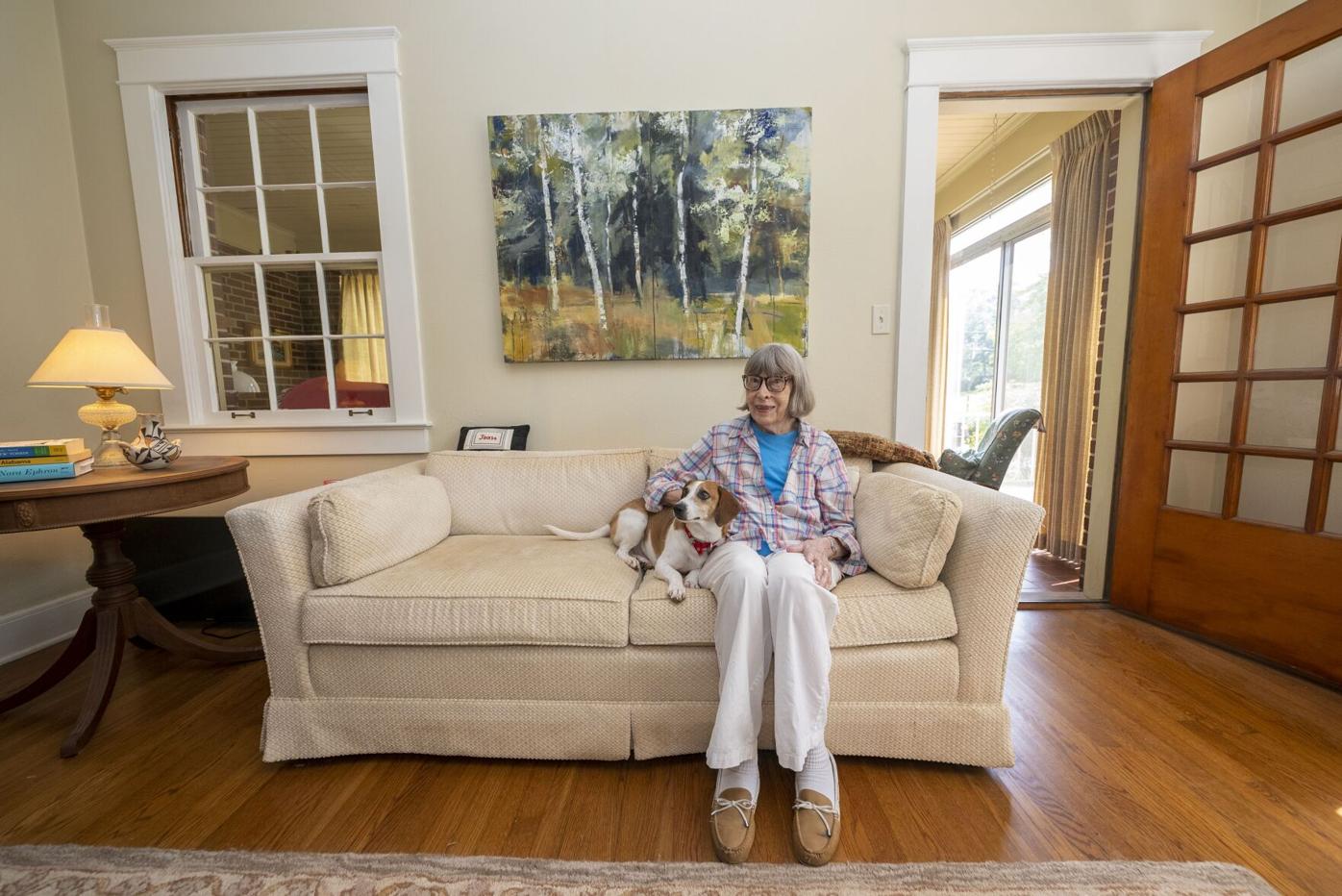 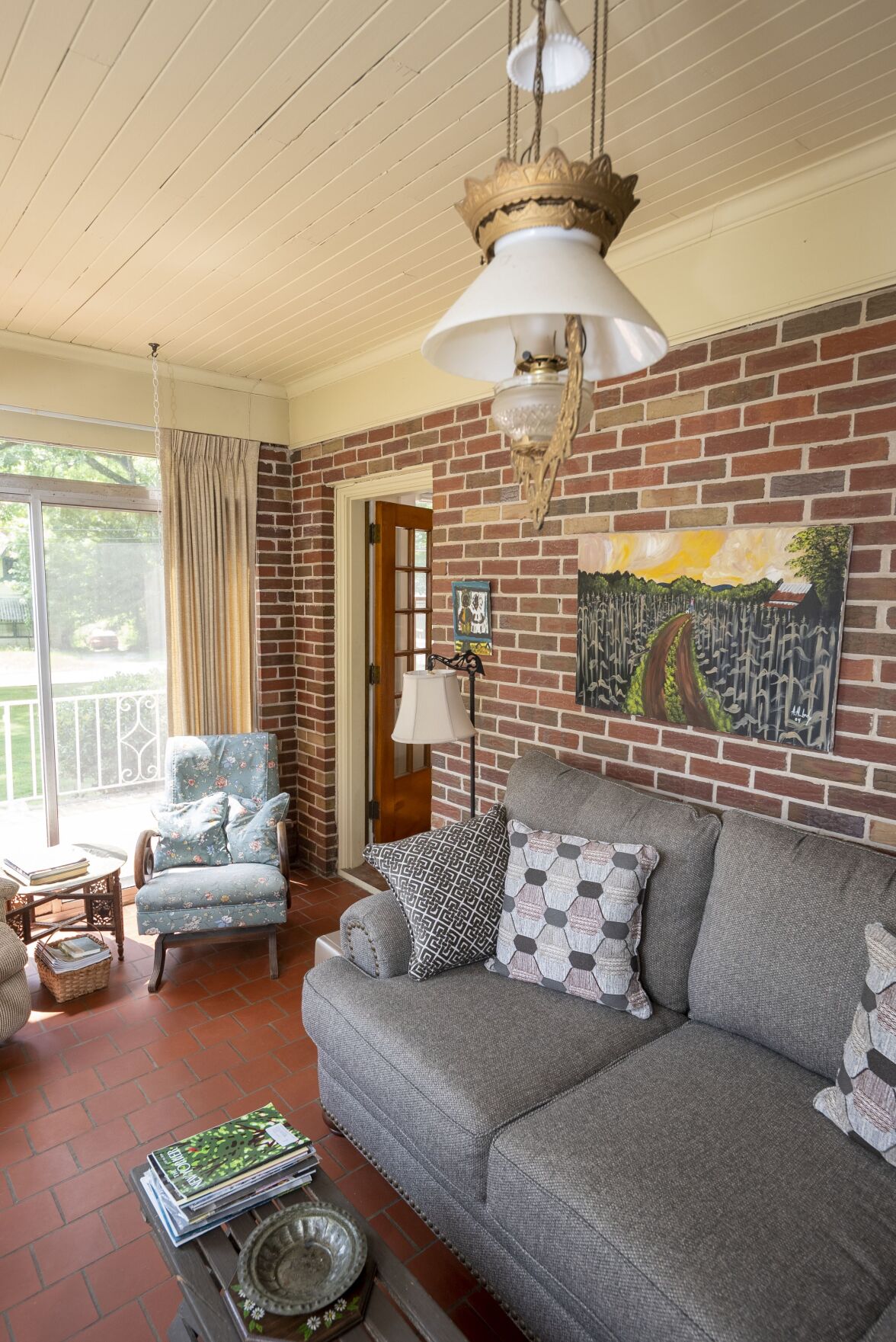 Hardy loves the nostalgia of her grandparents home. 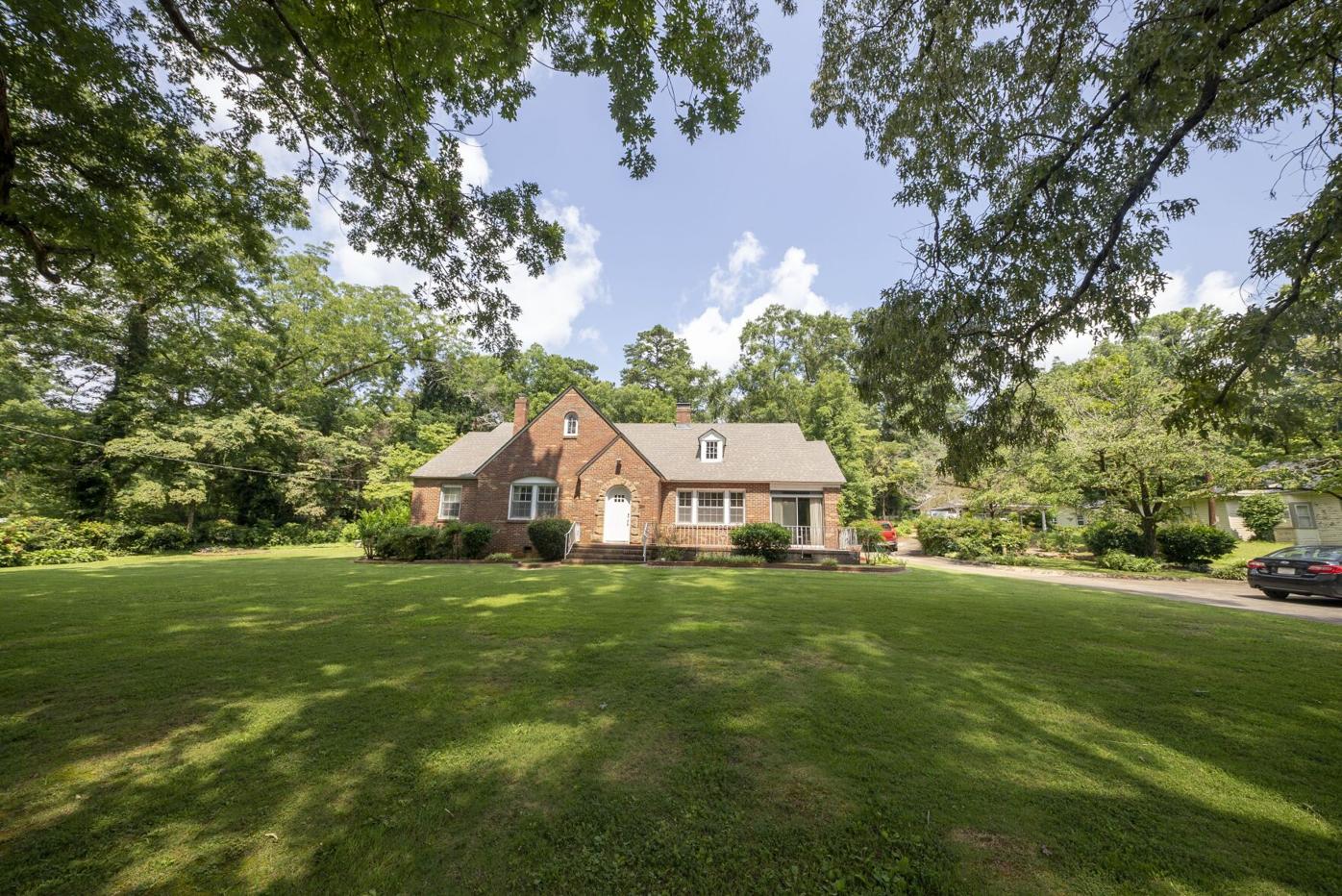 Hardy has returned to her grandparents' home in Goodwater to visit with her mother, Joan. 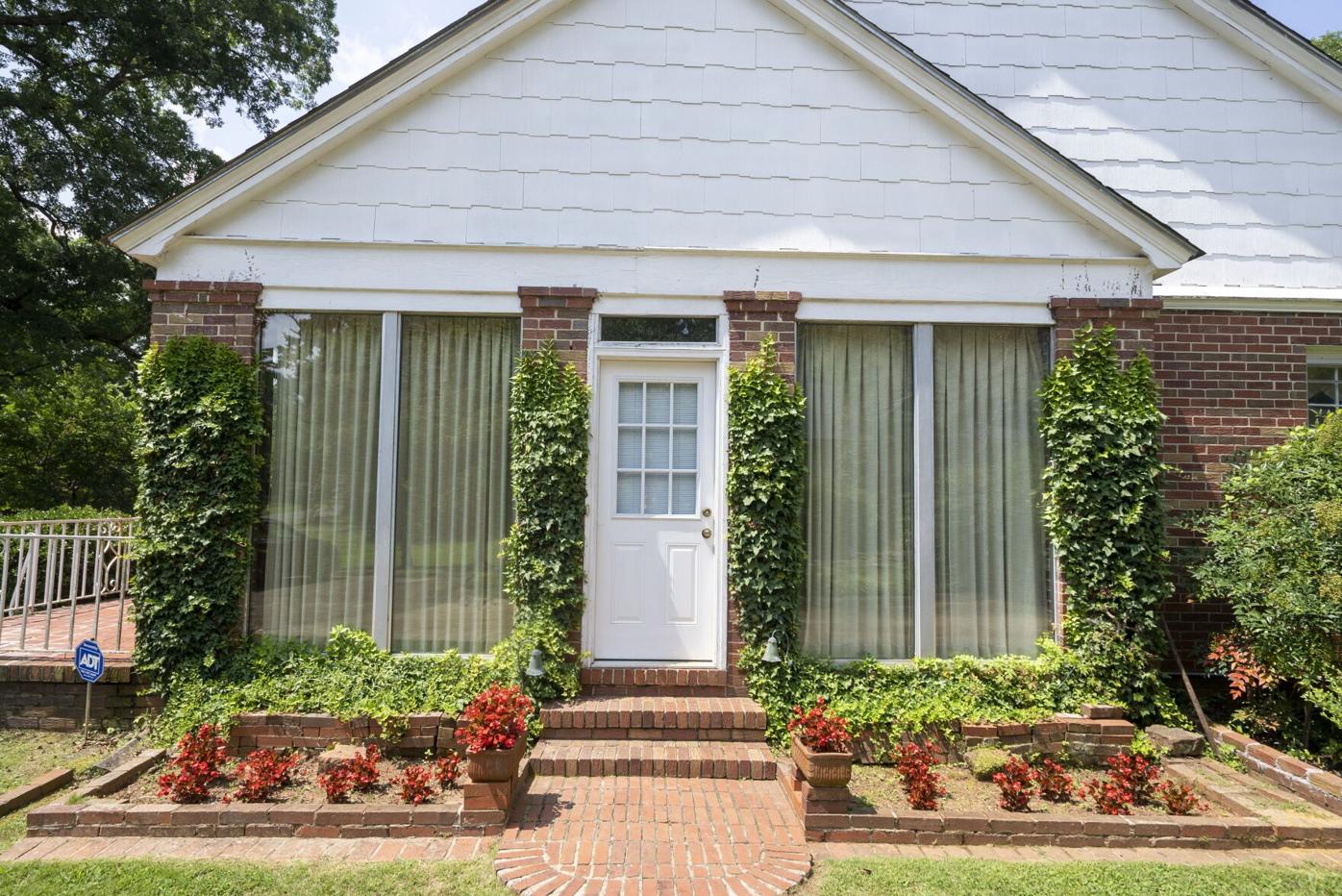 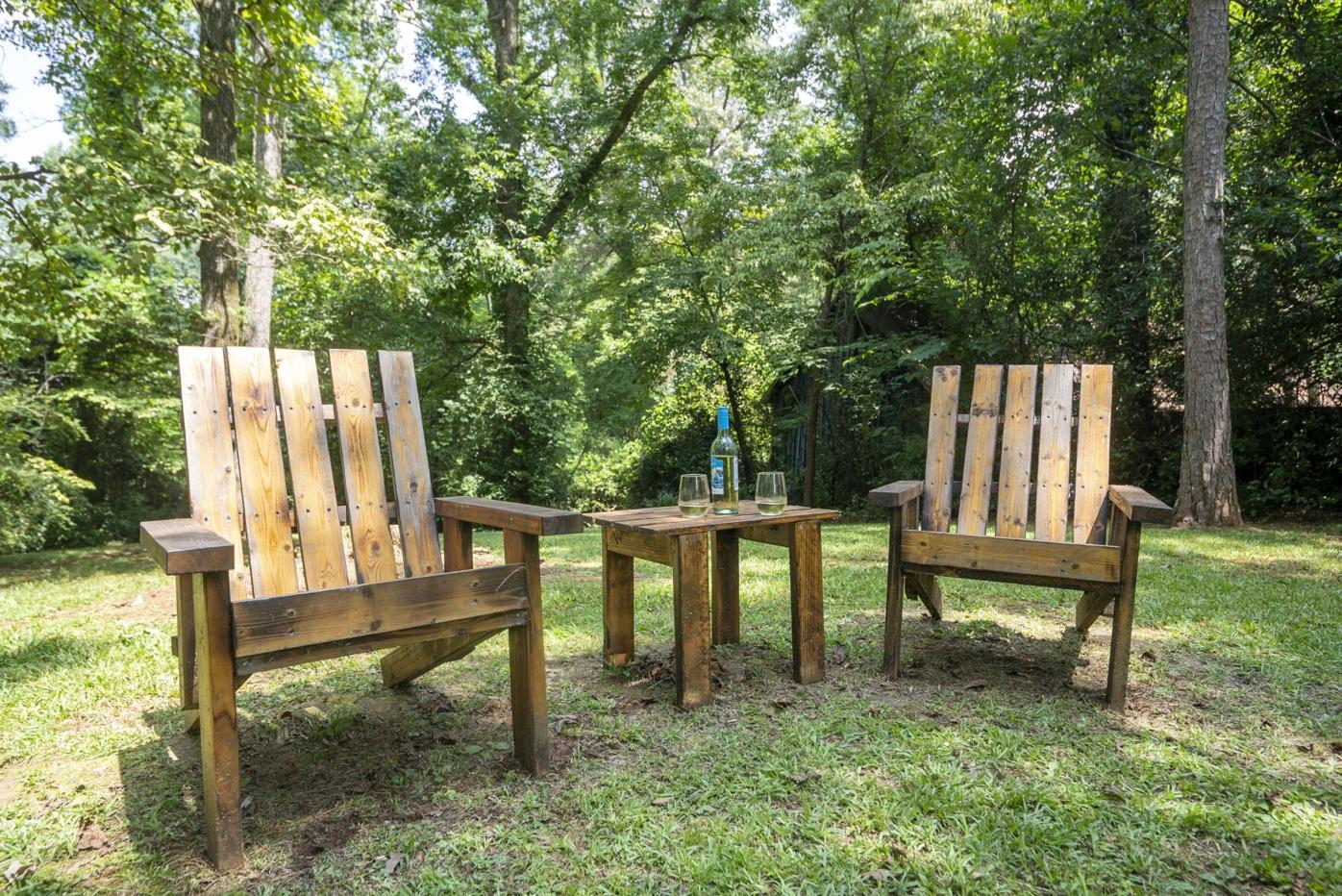 The Adirondack chairs on the hill in the backyard were handcrafted by Alabama artisan, Cynthia Adair.

Leslie Hardy and daughter, Caroline, stroll through the park in Brooklyn sharing a rare mother-daughter moment of complete content.

Hardy loves the nostalgia of her grandparents home.

Hardy has returned to her grandparents' home in Goodwater to visit with her mother, Joan.

The Adirondack chairs on the hill in the backyard were handcrafted by Alabama artisan, Cynthia Adair.

Leslie Hardy and daughter, Caroline, stroll through the park in Brooklyn sharing a rare mother-daughter moment of complete content.

Ancestral roots seem to grow a little deeper in the South, making them harder to untangle from the heart. The soil beneath the feet of farmers who came before; the sound of a gentle, Southern drawl; the smells of cornbread and fried chicken; a history born out of both turmoil and redemption. Family ties to those Southern roots bring Leslie Hardy, writer and filmmaker, from her home in Los Angeles to her grandparents’ house in Goodwater for extended visits with her mother.

During this summer’s visit to Goodwater, Hardy is helping her mother with the care and renovation of the family home. Hardy’s grandparents, Mary and Charles Franklin, built their English country cottage in Goodwater in 1940 and lived there until their deaths. The Franklins owned the local Franklin Feed and Seed store. Charles served as mayor of Goodwater and two terms as an Alabama State representative. Hardy enjoys hearing stories from locals about how good her grandfather was, allowing people to take what they needed from the store and pay later.

“I have always loved my grandparents’ house. It just always felt right. My mother tells a story that the first time I was brought through the door into the house as a baby I was laughing. Later in my childhood, my grandfather said the house should be left to me because I loved it better than any of them. Through the years I’d always think about a time when I would be able to stay at the house as long as I wanted, and now I can,” Hardy said.

Her mother, Joan Franklin Hardy, went to school in Goodwater until her senior year of high school when she transferred to a boarding school in Gulfport, Mississippi. She attended the University of Alabama, then Florida State University, where she earned a graduate degree in library science. She spent one year living in Manhattan and working as a librarian at the Brooklyn Public Library before marrying Norfleet Hardy, a professor of adult education. Leslie and her sister, Susan, were born in Racine, Wisconsin, while her dad was teaching at the University of Wisconsin. His career as a professor took them to the University of North Carolina at Chapel Hill and then to Atlanta, Georgia, where they opened The Little Professor Book Center, an independent bookstore. Joan felt the call back to her childhood home to take care of her mother after both Joan's husband and father died. Hardy understands that desire.

“I’ve always been curious about the pull to a certain place. The draw for me being in Goodwater is also time to spend with my mother. She has so many stories to tell during the day-to-day time we have together that I might not have heard otherwise,” she said.

Hardy began her first career when she signed with an Atlanta modeling agency while she was still in high school. After high school, she signed with Ford Models in New York and and spent much of her time living and working in Paris and throughout Europe during those early years.

In 1987, on a whim and with the push of an agent friend, she auditioned for Mayflower, Madam, a television movie starring Candice Bergen, and got the part. She said she was terrified and felt out of her league, but the experience was the impetus to move to Los Angeles.

“A friend once told me that getting your first role is beginner’s luck and lets you know you’re on the right path, but it sure doesn’t mean you’ll get every role from then on. He was right,” Hardy said.

As a member of the Screen Actors Guild, Hardy spent 20 years in her second career as an actor in Los Angeles, taking TV guest roles, small parts in films, and doing tons of commercials. She took acting classes from exceptional teachers in L.A. and eventually began writing stage plays. In fact, Lou Antonio, the director of her first film, had become a friend years after her debut role, and he encouraged her to get into writing classes and start writing. Theatre was her first love, so the gravitation to playwright was a natural progression.

“Unknown to me at the time, acting was fantastic training for what would later become a real love – writing. It was a great segue for me. I have so much respect for actors and what they bring to the story – how they see characters and how those characters change in different situations,” she said.

“I love seeing women getting out of their lanes to not just act, but direct and produce and write,” Hardy said.

Slavery By Another Name by Douglas A. Blackmon, a book recommendation from her cousin, inspired Hardy to write Red Dirt Town a stage play which she has now rewritten into a screenplay. The story takes place in a small Alabama town and attempts to reconcile the main character’s love of place with the awareness that some of the history of that place does not fit into her idealized view of home. She continues the draft process while working on other projects, all while the Goodwater home renovation distractions are ever-present, writing in the mornings and handling business in the afternoons.

“I love writing about the South. I seem to have an emotional tie, and so do my characters. I have a fascination with women becoming more self-reflective as they grow older, more aware of themselves, which can lead them to discover strength within. My protagonists tend to be women at certain junctures in life, at a crossroad of sorts and discovering new strengths as they start down unfamiliar paths,” Hardy said.

Hardy expresses exquisitely her belief that the history of the South has a richness, a texture and a beauty that are juxtaposed with great difficulties and even horrors for many Southerners. Finding that balance is now part of her third act in life as she recognizes that her Southern roots in Goodwater are deeply enmeshed, influencing her writing and her life.

Her daughter, Caroline, born and raised in L.A., now living in New York, also grew up visiting the house her great-grandparents built. Hardy believes the cycle will continue when Caroline feels the draw to her roots and the house that will one day be hers in Goodwater.