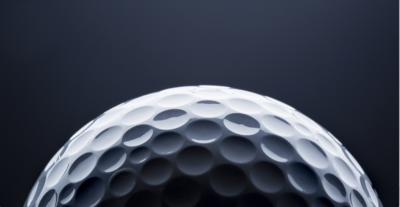 In 1966 Alexander City State Junior College hosted its first men’s golf team. The first head coach was Maxie Boles. Boles had a niche in recruiting. He brought some of the finest young golf talent found around the world to Alexander City. He coached the team from 1966 through his retirement in 1998. In 1990, his 24th year, Boles finally won the National Junior College Athletic Association Championship; then again in 1996 and 1997.

John Sadie, from Montgomery, followed Boles for two years and was fortunate to have Nick Rousey on his team, which Boles had secured before his retirement. With Rousey, who is the only golfer in the NJCAA to win the National Championship as an individual, back-to-back years, Sadie picked up two more National Championships in 1999 and 2000. Unfortunately, after the 2001 year concluded, it was announced that Central Alabama Community College would cancel its men’s golf program. Make sense? Not to me either; however, it happened.

In the spring and the following fall quarter of 1976, I played golf for Alex City State Junior College, and the experience I found here drove me to choose a career in golf.

My first professional position was at Inverness Country Club in Birmingham, Alabama. I tried to play mini-tour events, but I realized they would not be a viable means of income without long-term financial resources. So I returned, as a pro, to country clubs and found a love for teaching the game.

I had no preference to teaching men, women or junior golfers, as long as they worked on their game. Hearing about them breaking 90, 80 or 70 for the first time always made me smile.

In 1997, by an odd coincidence, I came across a cap manufacturer one day in Atlanta. On a whim, I proposed hiring me as the national sales manager and creating a golf division to acquire and manage independent sales representatives to carry the company's headwear. The company liked the idea and gave me the opportunity.

Within a couple of years, we began to make a reasonable dent in the industry, and the future looked bright. Then in the summer of 2001, during a golf trip to Montgomery, I read about the closure of the golf program at CACC.

To make a very long story short, with the help of Hoyt Carlisle, Billy Hardy and Al Hartley, we were able to convince CACC President Dr. Jim Cornell to reinstate the golf team.

Through the meetings with these gentlemen, I became interested in the possibility of me coaching the team, as former coach John Sadie had accepted a position at the University of Arkansas. As things worked out, I took the job.

For a long time as an adult, my idea of success was to climb the ladder, make a bunch of money, buy a bunch of things I didn’t need and have the white picket fence house. That was my American dream, or so I thought.

Over time, life slowly reveals its secrets to us. We just have to pay attention.

In just a few seasons as the golf coach for CACC, I realized that I was experiencing a different and more fulfilling sense of accomplishment from helping these young people start their adult lives than I had in climbing the ladder.

The demands that I place on my players to develop a strong work ethic have proven to be a good strategy for our play on the golf course, classroom and preparing for life.

With the list of outside distractions in today’s world, it is not easy to get young people focused on their priorities, but we’ve been pretty successful in doing that. To witness hundreds of young men develop into hard-working, God-fearing family men is a blessing, and I don’t mind calling it – priceless.

CACC golf has been very successful over the years. Willow Point Country Club is the home course for the program, and I can’t think of another team that is so fortunate.

The boys also utilize many other golf courses in our area like Farmlinks, Moore’s Mill, AU Club, Saugahatchee, Wynlakes, Lagoon Park, Arrowhead and Montgomery Country Club. Once a year, The Country Club of Birmingham and Shoal Creek allow us to play their courses, as well. But, let there be no doubt, Willow Point is our home, and we are the luckiest college team in the nation in that regard.

Whenever I bring a recruit in, if he isn’t overwhelmed by the golf course standing on the 13th tee overlooking the green with Lake Martin gleaming behind it, my interest in that young golfer is extinguished.

The student-athletes who have played for me have worked extremely hard to improve their golf game and succeed in the classroom. Over the last 21 years, 18 have consisted of golfers who have earned Team Academic All-American honors.

To work hard at practice and perform well enough to win a dozen conference championships, six district championships, two national championships and too many collegiate tournaments to count, all while being successful in the classroom, displays their character, pride and will.

For nearly all junior colleges, it is vital to fundraise to make ends meet. The people in our community, Willow Point members, alumni and friends of CACC Golf have all seen fit that the golf program is well funded. Having the support of this magnitude is so humbling to me.

Often, I am asked, “When are you going to send out your donation request letter? I have a check waiting for you.”

I have been blessed by so many.

Over the years, I have acquired many friends who manufacture golf equipment or sell it, and whenever the program hosts a fundraiser like a golf tournament, those friends always seem to step up to help. I have witnessed so much good from people.

When I left the Atlanta area in 2001 for Alexander City to take over the golf program, I took a whale of a hit financially. After 21 years as the head men’s golf coach, I am still quite shy from the annual income I was making while in Georgia in 2000; however, I couldn’t be happier with my decision to move here and coach this tremendous college golf program.

People in Alexander City have been good to me. As a military dependent and a golf professional, I traveled all of my life. I never lived in one place for long, but this has been different. I have been in Alex City for 20 years, and I feel that God placed me here. I do not care to leave.

Some of you may remember when Jim Brown, the amazing Cleveland Brown running back, retired from football. He was young, healthy and at the top of his game. So many people were in shock, but we all remember him by his tremendous accomplishments.

A few years later, I watched as my NFL hero Johnny Unitas continued to play well past his prime. He couldn’t give it up. Watching Unitas play football in his last few years was painful. He was the best at one time, and then at the end, he was anything but the best. He is not remembered as highly as he should be. Everything has a life expectancy.

Presently, I have a very good golf team. In speaking with Tom Lamberth, CEO of Russell Lands, the other day, he told me that CACC Golf would always be welcomed at Willow Point, and he wants the team to also practice and play at Wicker Point when it opens. Wow, what a wonderful opportunity for all of the future CACC golfers.

At the college, Jeff Lynn is the president. He is exactly what CACC needs at the moment to ensure that the school continues to be a viable part of our community and will continue to grow. He also loves athletics and appreciates our athletes. I see him taking CACC to the next level.

With these great things happening for the golf program and our college, I have chosen to make this upcoming year of 2021-2022 my final year as the Head Men’s Golf Coach for Central Alabama Community College. The baton is best handed off while things are going well rather than when they are in the dumps.

The president has assured me that he wants to maintain a high-profile golf program and that this will be an essential hire. Over these next few months, I will be making people aware, who I feel would do a good job, of the pending open position. The college will post the job opening, and I expect a reasonable number of people will be applying.

As I have stated so many times in my Lake Martin Living articles, I am blessed to have the job I have as the head men’s golf coach for CACC. I know that there will be times in the future when I will wish that I had not left it, but I have other things that I need to do. I feel confident that the college will make a good decision in my replacement.

My son lives in Lubbock, Texas, and I would like to visit with him more often. I plan to stay right in Alexander City; this has become my home. I enjoy player development, and maybe I will do more of that at a different level over the next few years. I don’t want to sit in a rocking chair yet, and to be honest, there’s not much that interests me on television when golf or college football isn’t running live, so I will do something. God directed me here, and I am sure he will lead me to my next chapter.

I want to thank all of you for being so supportive of the golf team and me along the way. Your encouragement has made it easy for me to be motivated. I feel confident that you will support the next coach well, too. Before I go, I know that I have one year ahead. I’m planning and hoping for another great fall and spring. This summer, I have been recruiting players to compete for CACC in the 2022 and 2023 years and look forward to this year’s group of boys showing up on campus in mid-August.

When I write my monthly article, it usually takes me about an hour. Have you ever been with someone you didn’t care much for? Have you ever been somewhere that made you feel uncomfortable? It doesn’t take much to say goodbye to that person or place. On the other hand, when you’re with people you really enjoy or have a great time somewhere, it takes longer to say goodbye or leave. Writing this article has taken me three weeks to write. I will be spending the next 12 months saying goodbye.