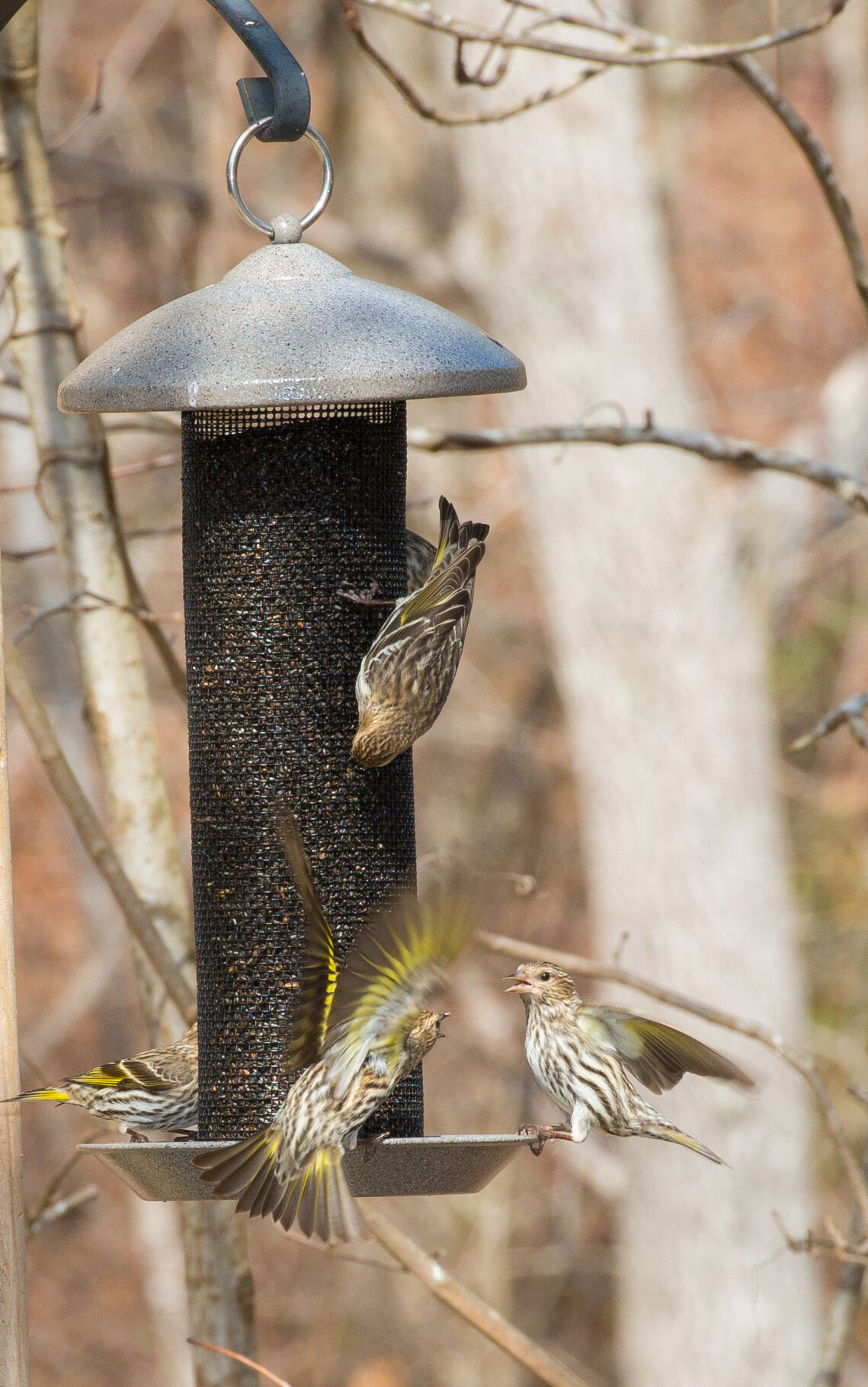 In an irruption year, the pine siskins have depleted the natural food supply, and there is no food available except that in feeders. 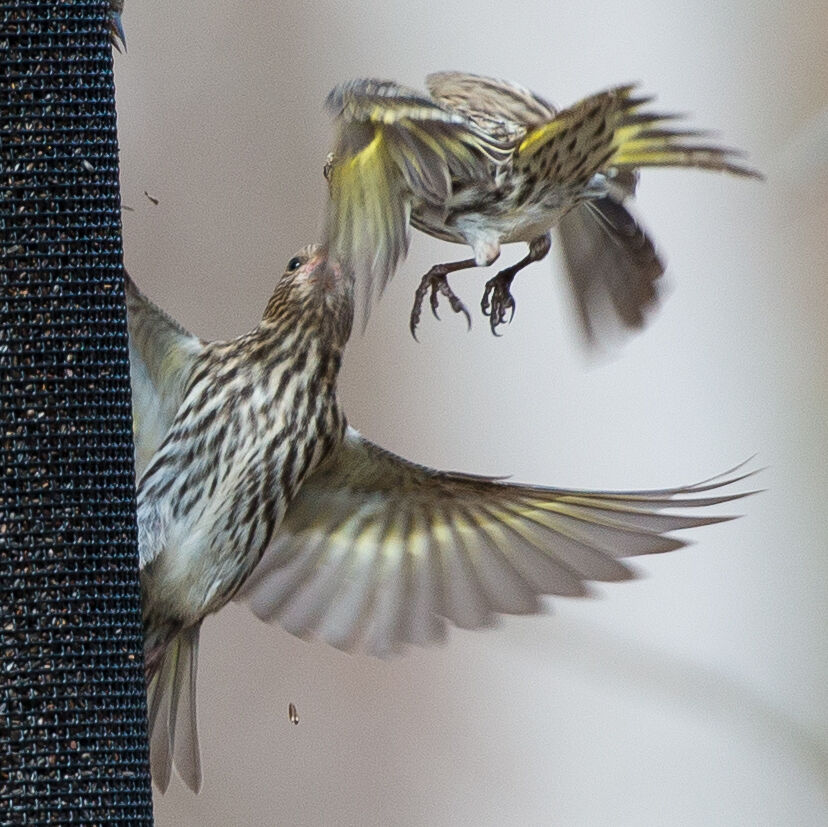 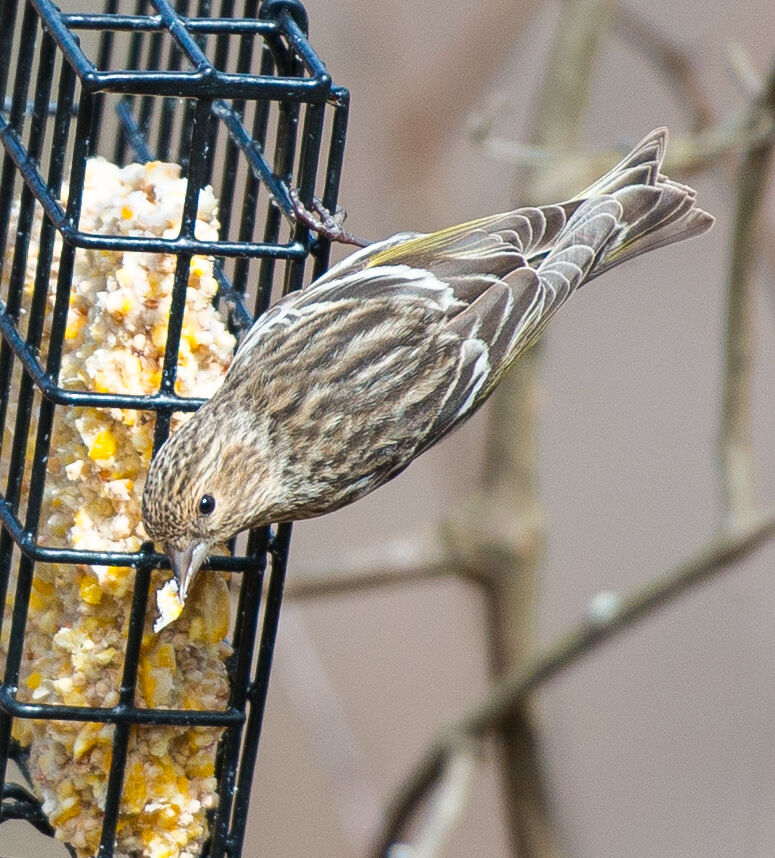 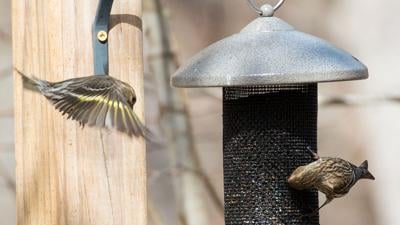 In an irruption year, the pine siskins have depleted the natural food supply, and there is no food available except that in feeders.

The pine siskins showed up in November in Martha Tucker’s yard. There were just a few at first, but the numbers have increased over time. Two weeks ago, she counted 40 during one visit of the flock.

“Last year, we didn’t have any. It’s amazing how many there are now,” Tucker said.

It’s a phenomenon known as a pine siskin irruption, and it is occurring across Alabama, from as far south as Mobile and north to the Tennessee border.

The birds are starving, said Auburn University’s Dr. Geoff Hill, an ornithology professor, who last month posted a video on YouTube.com to explain how the irruption has affected the food supply of this migratory population. Having already eaten through the natural food supply over the winter, the bir are frantically fighting to get at the feeders.

“The birds have depleted the seasonal food that was there at the end of the last growing season. The siskins are frantic. They are fighting and crowding the feeders,” Hill explained.

The crowding also spreads disease among the flock, as some of the food falls to the ground, where it is defecated upon and then consumed by ground-feeding birds.

“Birds that are not dominant are getting weaker and weaker. Exposed to disease at the feeders, they are getting sick and dying,” Hill said. “But the best way to deal with the situation is not to take away the feeders. Instead, put up more feeders instead of taking them down.

“They have no place else to go.”

It is still too cold in the northern regions for the birds to return, and it is too early in the season here for new food sources to emerge.

The best food to supply to the pine siskins is shelled and chopped sunflower seeds, he said.

“Unfortunately, it also is the most expensive, but it has less waste. More of the food gets eaten and less is discarded, so it helps to keep birds from feeding on the ground where they could be infected,” he explained.

Pine siskins have small, thin beaks that cannot accommodate large sunflower seeds in the shells. They bite down on the soft shell and nibble on a small piece of the seed inside, but the remaining seed falls to the ground.

“Birds on the ground are eating the partially eaten pieces, and that’s where they likely will get sick,” he said. “Fewer seeds on the ground means less salmonella exposure.”

Another way to help the birds stay safe is to clean and disinfect bird feeders frequently in the same manner as cleaning a kitchen cutting board. If using a strong cleaner, be sure to rinse thoroughly.

“It doesn’t do any good for the birds to take down your feeders. If you take your feeders down, they will just go to your neighbors’ feeders, or they will die from starvation,” he said.

“It’s a sad situation. Birds are going to die either way.”

Keep a close watch at the feeder, and if a dead bird were found, Hill would appreciate having it frozen and brought to him at Auburn University.

“If you find a dead bird, if you would pick it up and freeze it, we would love to have it at the Auburn museum. We would use them for study,” he said. “Write the date of death on the specimen. That is key information.”

To pick up a dead bird, turn a zipper-top plastic bag inside out and slip it over your hand, like a glove. Pick up the bird with the bagged hand and turn the bag right side out, enclosing the bird. Then, zip the bag closed, label it with the date of the bird’s death and freeze the bird.

For more information about the pine siskin irruption, view the video, Do Not Take Down Your Bird Feeder, at YouTube.com.

Hill’s office is in Funchess Hall. Email him at hillgee@auburn.edu.