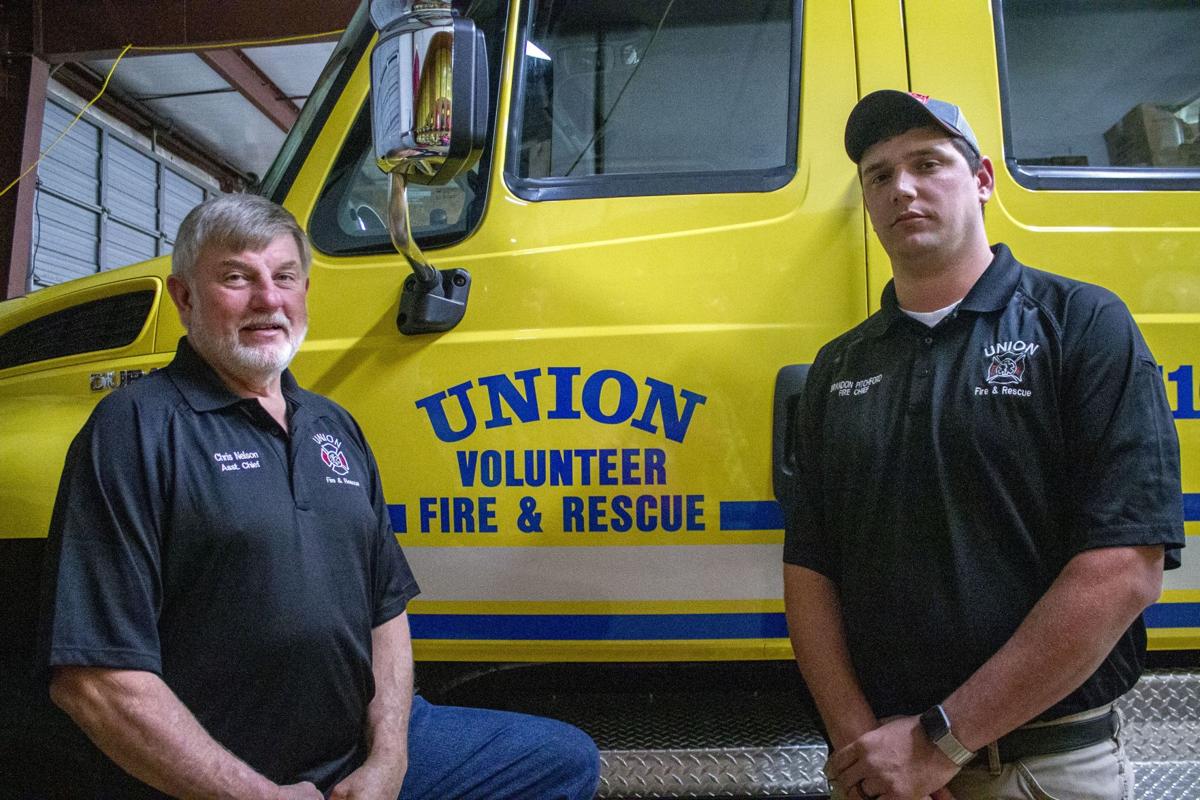 Chris Nelson (right) is one of the founding members of Union VFD and now assistant chief to Chief Brandon Pritchford who grew up in the department. 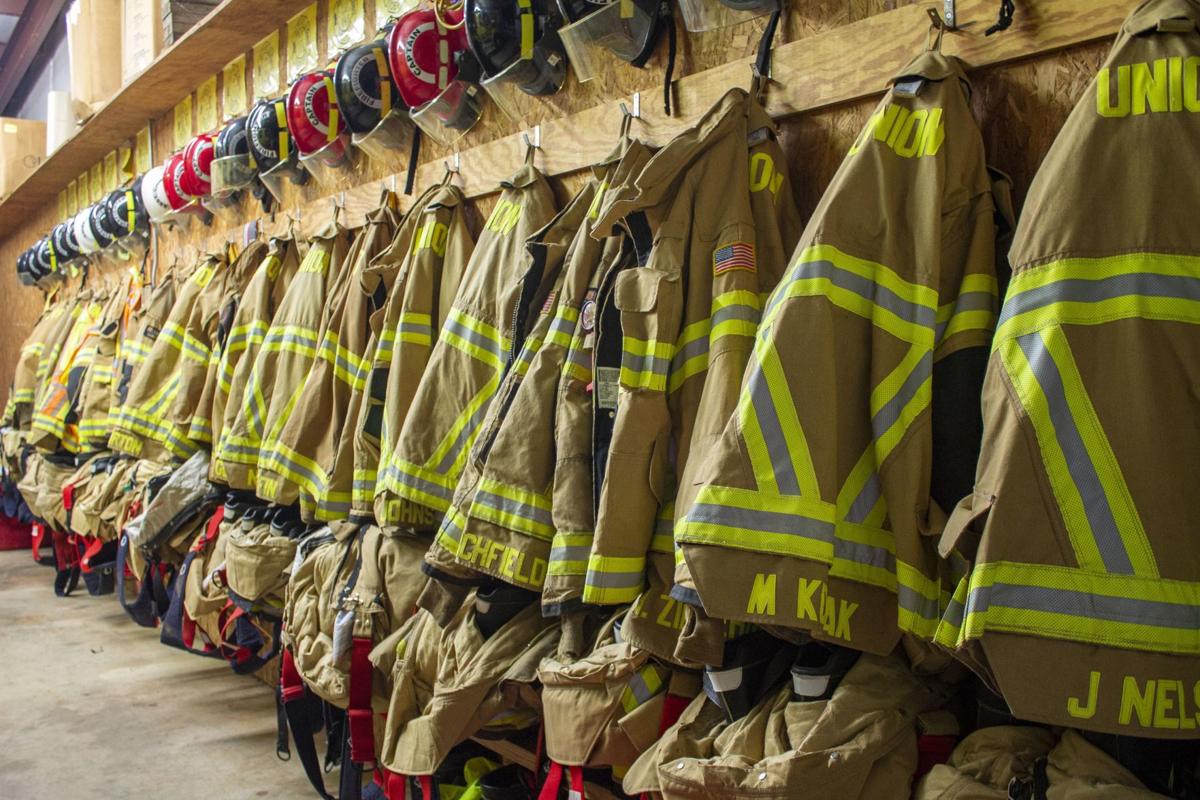 Members of the Union VFD are all volunteers and take time away from their families to help others. 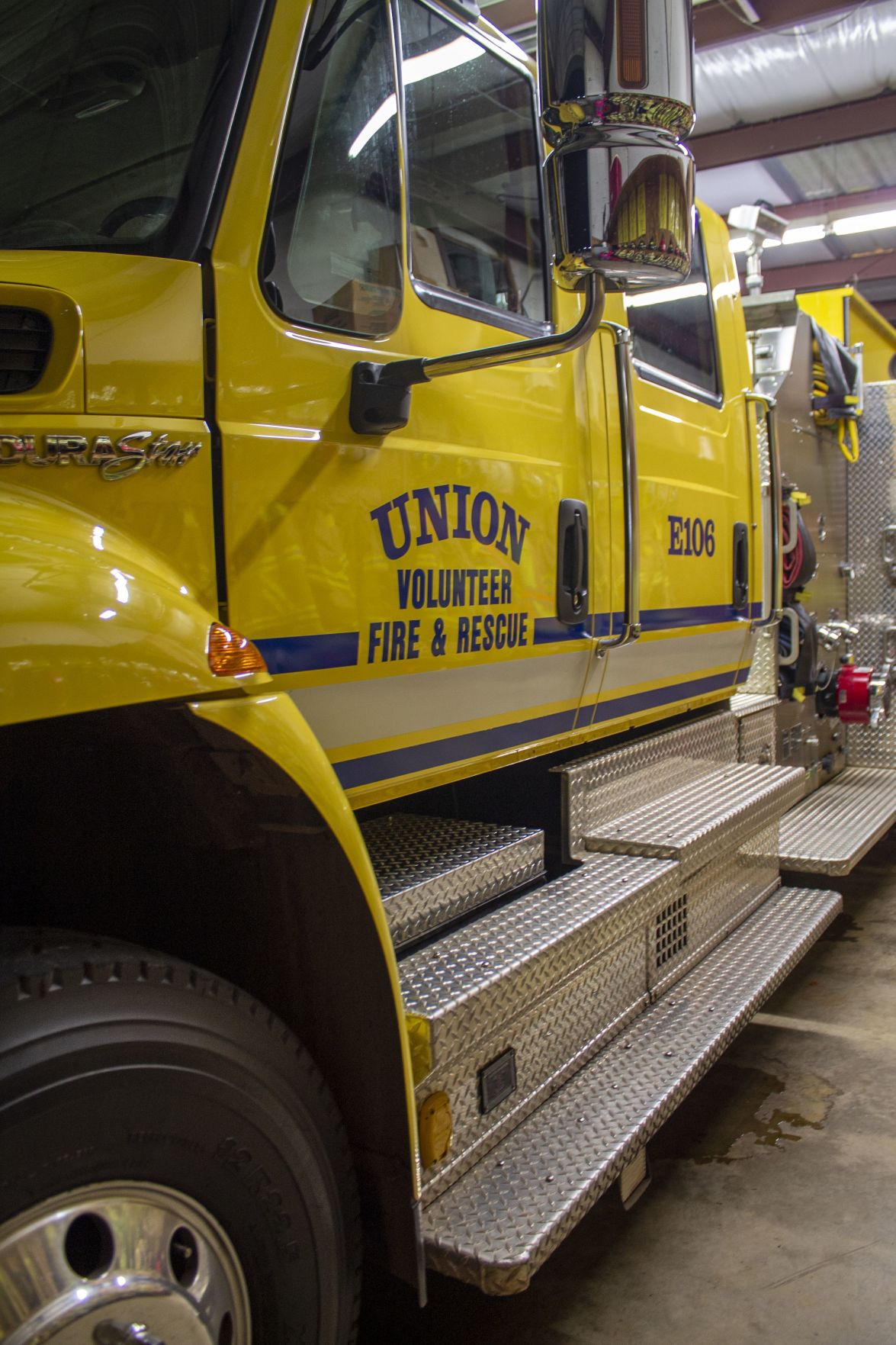 The team started with one truck and now has nine.

Chris Nelson (right) is one of the founding members of Union VFD and now assistant chief to Chief Brandon Pritchford who grew up in the department.

Members of the Union VFD are all volunteers and take time away from their families to help others.

The team started with one truck and now has nine.

When his great uncle, Charles Casaday, asked Dadeville native Chris Nelson to help build a local volunteer fire department in the ’80s, Nelson had no idea he’d fall in love with the job and still be active 38 years later.

As the assistant chief of Union Volunteer Fire and Rescue, Nelson has worn many hats over the years but is the only founding member still on the squad.

“When I first started out, I never dreamed I’d still be doing this,” said Nelson. “But helping people in the community who are in need is my love and my passion.”

Communications, equipment and techniques have changed over his three decades working as a firefighter and EMT.

“When we started out, 911 didn’t exist,” he explained. “So my great uncle’s wife, Agness, was instrumental in the department. When the sheriff’s office received a call, someone there would call her. She had a list of all the firefighters and would just start working her way down and calling each one. Whoever could help, responded to the call.”

Casaday typically was the one who took the only truck they had to the call location, and others met him there. The loaner truck from the forestry department was stored in a pole barn they built at what is now Station 1.

When 911 came into existence, things changed.

“We were still paged out by the sheriff’s office, but now we get a call on our cell phones; through a 911 app; or through radios and alpha numeric pagers,” said Nelson. “There are three different ways we receive communications.”

While about two-thirds of Union VFD’s calls are fire and EMS-related, they do get calls for a couple of structure fire disasters each year. Surrounding departments usually respond to those as well, including Reeltown, Camp Hill and Red Hill.

“We have a good working relationship with all the surrounding fire departments, and we go assist them when they need us,” said Nelson.

The Union VFD, considered the largest department in Tallapoosa County for the road miles covered and number of structures, received 201 calls in total in 2019.

Station 2 is located in the Obed community, off Prospect Road, and Union Fire and Rescue recently bought additional property to construct a third station, as the community continues to grow.

Currently, the department has about 26 members, including those who simply volunteer and assist where needed, even if they do not respond to fires.

“We have a mix of people – some retired; some work fulltime; some work night shifts – and we have many women firefighters, as well,” said Nelson.

Even though firefighters are volunteers, he said, members on the team prepare extensively and undergo the same training as paid firefighters.

“The general public doesn’t really know all that we do,” said Nelson. “And it’s more than they think.”

There are different levels of certification, and the fire department prefers someone to be certified as Firefighter 1 to respond to fire calls.

“We won’t let anyone out there without proper training and the guidance they need,” he said.

Since its inception, Union VFD has had no causalities in the line of duty.

Members of the department train on the first Monday and second Tuesday of each month, along with additional days, as needed. As interested participants train, they certify as first responders; then take classes to become Firefighter 1; then move up to Firefighter 2 certification.

“The most challenging aspect is trying to fit in time to train, while being a volunteer,” said Nelson. “It’s hard to take time away from your family; you have to be highly committed.

“And we do all of this out of love and to help people.”

While he fondly remembers all the people he’s managed to help and save, Nelson recalls with despair all the heart-wrenching accidents and losses he’s faced.

“The said thing is, a lot of the memorable things you see are awful wrecks,” he said. “Anytime life is lost, it sticks with you.”

As assistant chief, Nelson follows the guidelines of Chief Brandon Pritchford with whatever is needed, and he is in charge of all vehicle maintenance at the department.

Aside from Nelson’s two biological sons, he considers Pritchford the equivalent of a third son.

“Brandon came up loving this fire department. He’s a fine young man, and I am so proud of him,” said Nelson. “He spends countless hours up here and works full time as a marine mechanic in StillWaters.”

Nelson’s youngest son, Justin, grew up interested in being a firefighter and also works at the department alongside his dad when he’s not busy with Nelson Landscaping. Nelson’s other son, Bryan, lives in Lanett.

“The way I am as a volunteer firefighter, just knowing you’ve helped someone in need, I take a lot of pride in that,” said Nelson. “But it’s not about me; I’m just a small piece of the big puzzle.”

Cadet firefighters, as young as 12 years old, are invited to hang out at the station and get involved. They are supervised on what they can do, but it gives them a chance to get interested early.

Nelson stressed that anyone who wants to learn more about the fire department or join in on fellowship should stop by and meet the squad.

“We can always use some help, and there is always something for someone to do,” said Nelson. “We can never have too many volunteers.”

“Every community, if fortunate enough to have a volunteer fire department, you are blessed. They are great assets to the community,” said Nelson.