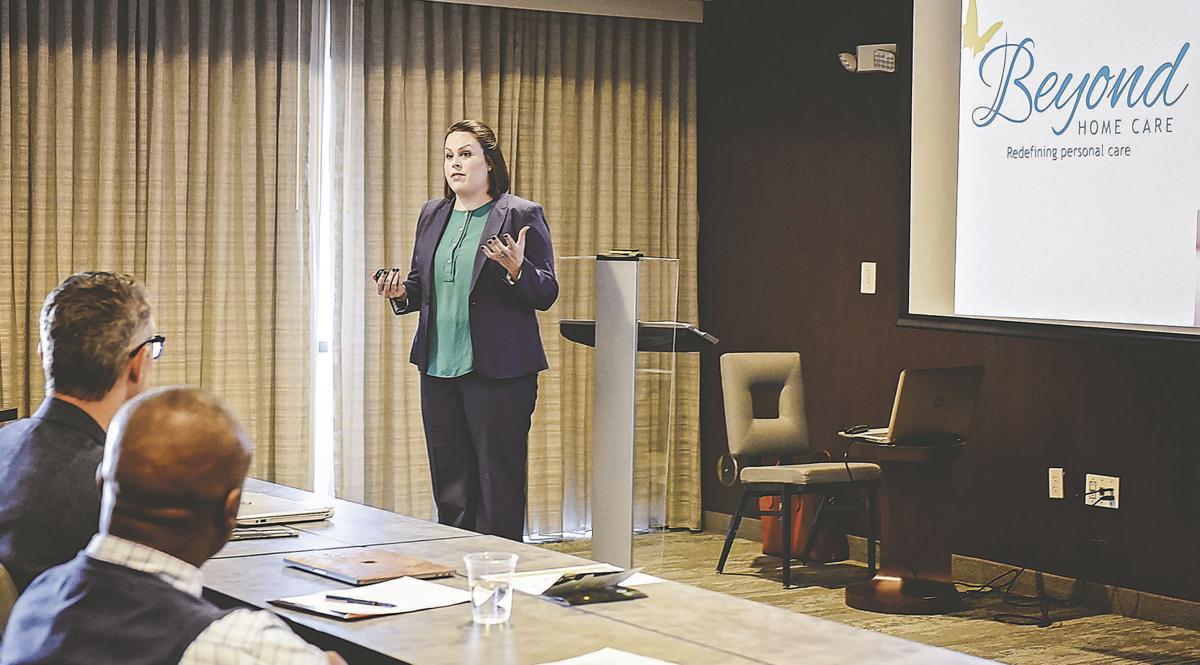 Kelly Adams at Beyond Home Care said the PPP gave her peace of mind. 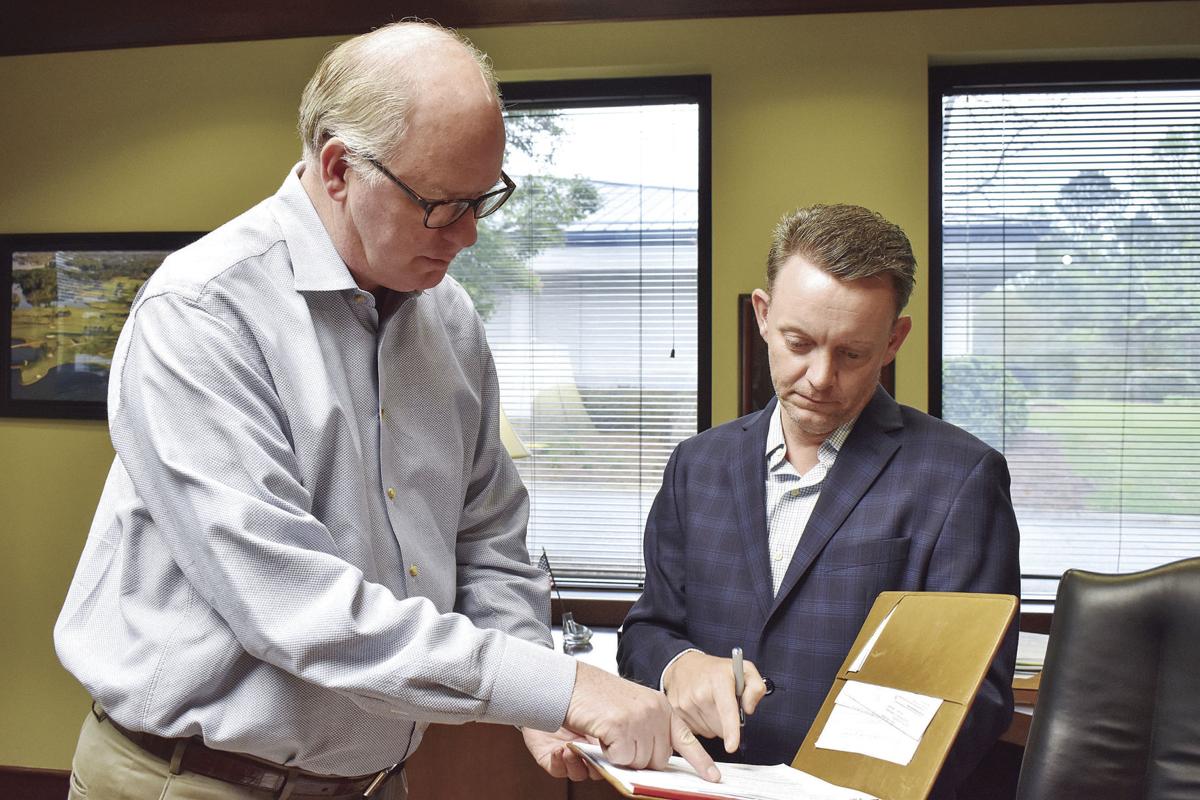 Kelly Adams at Beyond Home Care said the PPP gave her peace of mind.

Government stimulus monies and creative thinking have helped hundreds of local businesses weather the coronavirus storm and re-emerge battered but still standing as state-mandated guidelines are relaxed, stores reopen and services ramp up.

When the shutdown began and Congress rolled out the payroll protection program, the Alexander City Chamber of Commerce issued a call to arms.

“We started calling our membership to make sure everyone was aware of the SBA and payroll protection program. A lot of our local businesses were eligible, and that’s pumped millions of dollars back into our economy,” said chamber CEO and president Ed Collari.

Customers that were able to secure funding through the program sing the praises of local bankers that helped them complete applications in record time. When the Small Business Administration’s computers became overloaded during business hours, eight River Bank and Trust employees volunteered to work in the wee hours of the morning to make sure applications were uploaded for local businesses before the money ran out.

“We told our customers ‘if you are eligible, you need to apply,’” said River Bank local president Randy Dawkins. “We came together as a community to help and support each other.”

Some customers applied for small amounts of the relief money while other customers got the limit, Dawkins said.

“We had some applications that were for companies with just two employees and others as much as 50. It helped businesses of all different sizes. That money is here in our community,” he said.

Elizabeth Roberts said the SBA loan ensured that employees Alex City Chiropractic would be paid when the practice experienced a 60 percent decline in patient visits.

“We only got enough just for our payroll for the eight-week period. That was our major concern. It saved us from having to layoff our employees,” she said. “Randy Dawkins did an amazing job getting our application in right off the bat. We did it all on the first day.”

At Valley Bank, Kevin Speaks said he started educating himself on the PPP before it was passed.

“I started watching C-Span on television when the program was in discussion. I knew we would need to get our program up and running. When it came online, we were fully immersed the day it passed,” Speaks said.

Because the program was rolled out so quickly – in just three weeks – aspects of it changed rapidly, Speaks said.

“I would have a conversation with a customer, and an hour later, the program changed and what we had talked about no longer applied,” he said. “We knew there would be changes and tweaks the first week that it launched, and we stayed on it, so we could advise and guide as much as possible.

“Our community is a step ahead of others because most employers here qualified for this.”

Speaks said accountants in the area were the unsung heroes as the applications were prepared.

“We worked hand-in-hand with them in a joint effort to stay on top of the program, and they did the lion’s share of the work, providing documentation that helped us get our mutual clients approved even faster,” Speaks said.

Instead of waiting for customers to apply, Speaks reached out to customers that he thought might need the help. One of those customers was Ralph Holley at Holley’s Furniture, which closed during the stay-at-home phase of the guidelines.

“Kevin reached out to me and sent the paperwork that had to be filled out. I didn’t understand exactly the questions, and he was patient to answer every question, every email. He was working Saturdays, Sundays. He made it happen,” Holley said.

“I have seven people here that depend on a check for their families, their livelihood. I needed to take care of the people who are taking care of me and took care of my parents before me. When we closed for six weeks, the bills didn’t stop,” Holley said.

Kelly Adams at Beyond Home Care said the PPP funds offered her peace of mind.

“Our business is only four years old, and we have 30 people on payroll. To be in a position where you’ve poured your heart and soul into this business and have the rug pulled out from under it was earth shattering. It gave me peace of mind, so I could pay my people,” Adams said.

Though many of Adams’ clients needed continued assistance, family members of others opted to shelter in place with loved ones and care for them themselves. Beyond Home Care saw a decline of 25 percent.

“We just need to float through this and get out to the other side, so we can build based on what the new normal will be,” Adams said.

She expects to see a big increase and is looking to add at least 10 more caregivers, she said.

“Home care is essential. We need our seniors to stay in isolation; that is evident. We will see a big increase in services, and I haven’t been able to find new caregivers,” she said. “I am competing with unemployment benefits.”

Some businesses saw an increase in customer traffic during the shutdown because of the stimulus money that was paid to individuals. Matt Owen at Foster’s Automotive said he was grateful that auto parts and repair was deemed an essential business and was allowed to remain open.

“We have been in this location for only a year, and April was our best month. A lot of that had to do with stimulus money,” Owen said. ‘People were at home, and when they’re home they work on two things: honey-do lists and car repairs. We saw a  little of that earlier with tax refunds, which is normal for this business this time of year, but there was definitely a tick up when stimulus checks hit.”

In the meantime, city departments were able to operate at full capacity with adjustments to scheduling, such as working split shifts to maintain social distancing, said Economic and Community Development Director Al Jones.

“It’s really a testament to city workers and how hard they worked. There were no significant delays in meeting needs, and we were able to retain all of the jobs,” Jones said.

Sales tax numbers are not yet in, and Jones said it’s a guess at this point as to how those figures will affect the city’s budget.

“Big box stores saw an increase, but smaller ones had to close. It’s hard to say how that will affect sales tax revenues,” he added.

The city has been awarded a grant for recovery at the airport, as well as $30,000 each for the fire and police departments.

Main Street Alexander City Executive Director Stacey Jeffcoat said she is proud of the community and the merchants she works with for how everyone handled the situation.

“We have been doing gift card giveaways and promoting Take-out Thursdays. Most of our restaurants sold out of food on past Thursday nights,” Jeffcoat said. “Even before retail opened up, people were supporting local stores with curbside and online purchases. Some of our retailers had their best April ever.

“It hasn’t been easy, but we live in a community that supports one another. Even though businesses struggled, I’m so proud of the way they took food out of their kitchens – that was their profit – and they used it to feed hospital workers and first responders. It says a lot about who we are in this community.”