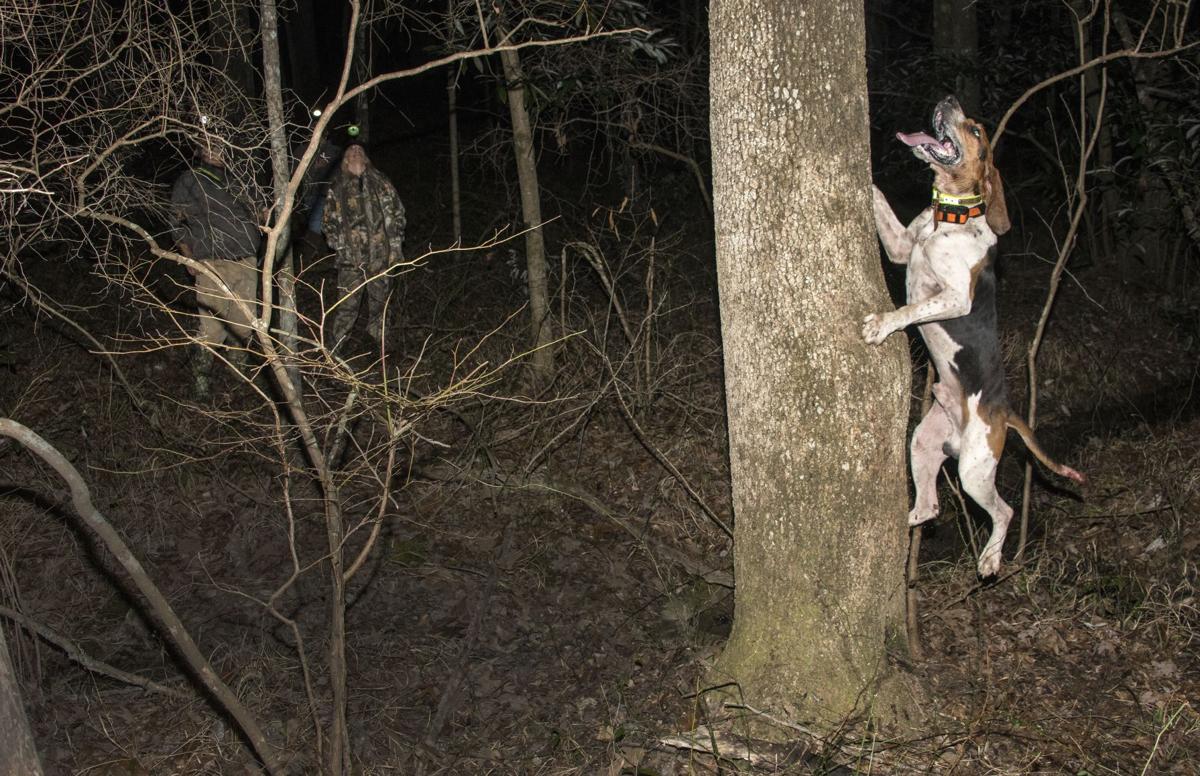 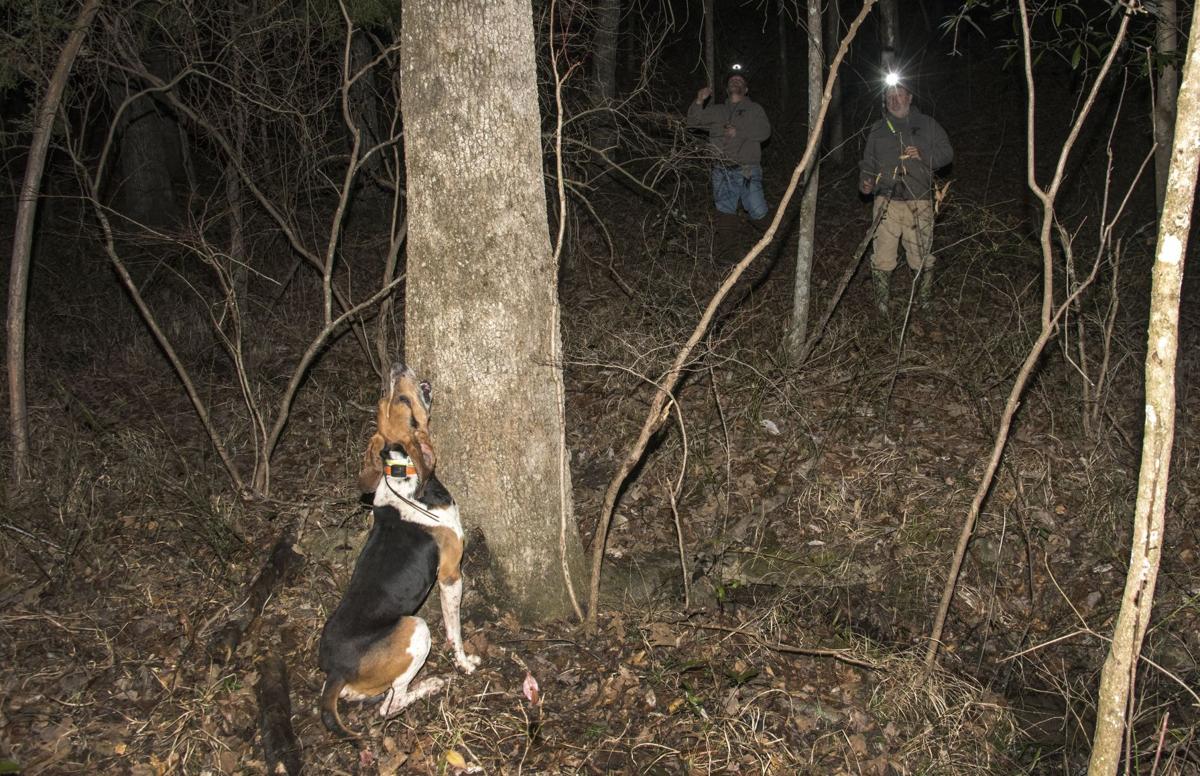 Drane waits for the hunters at the base of the tree. 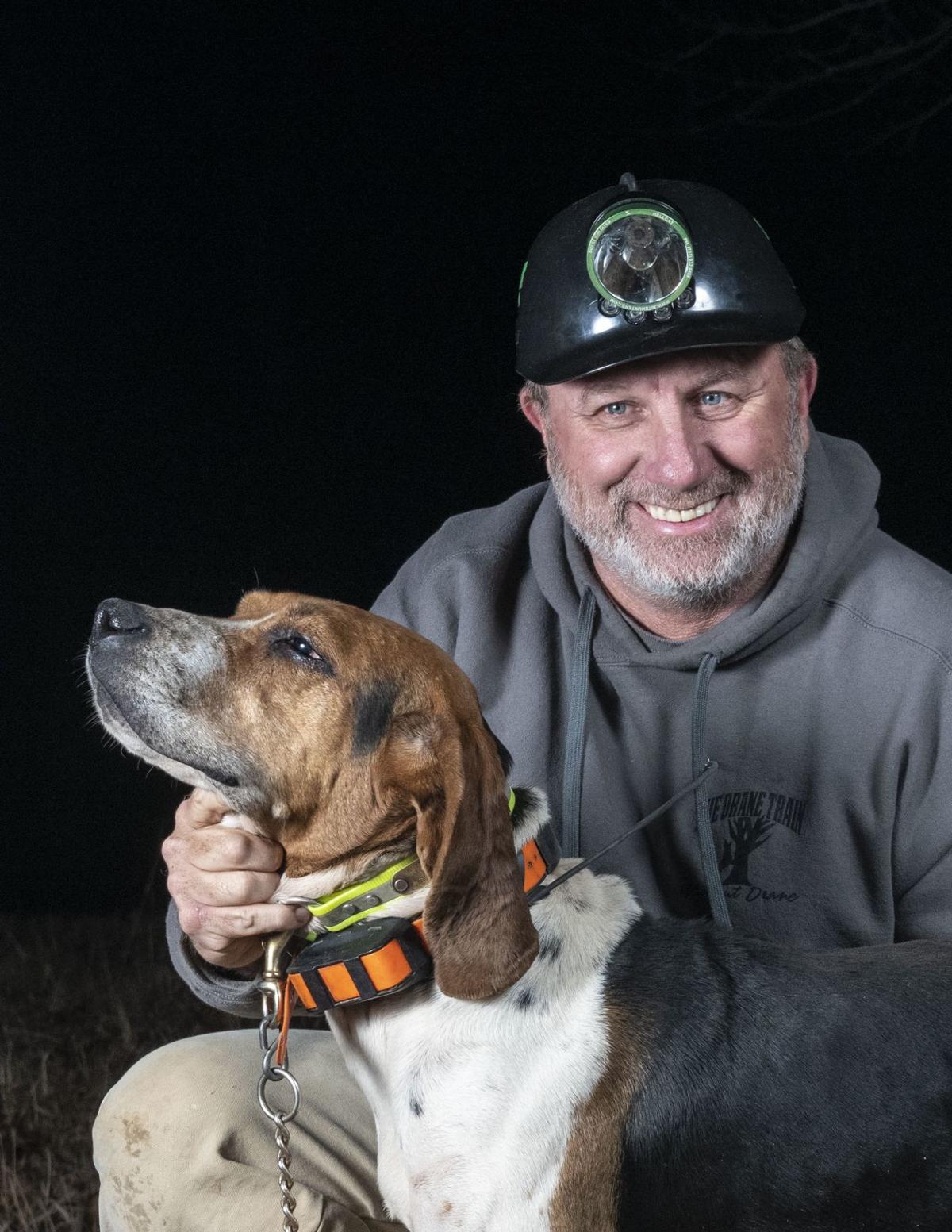 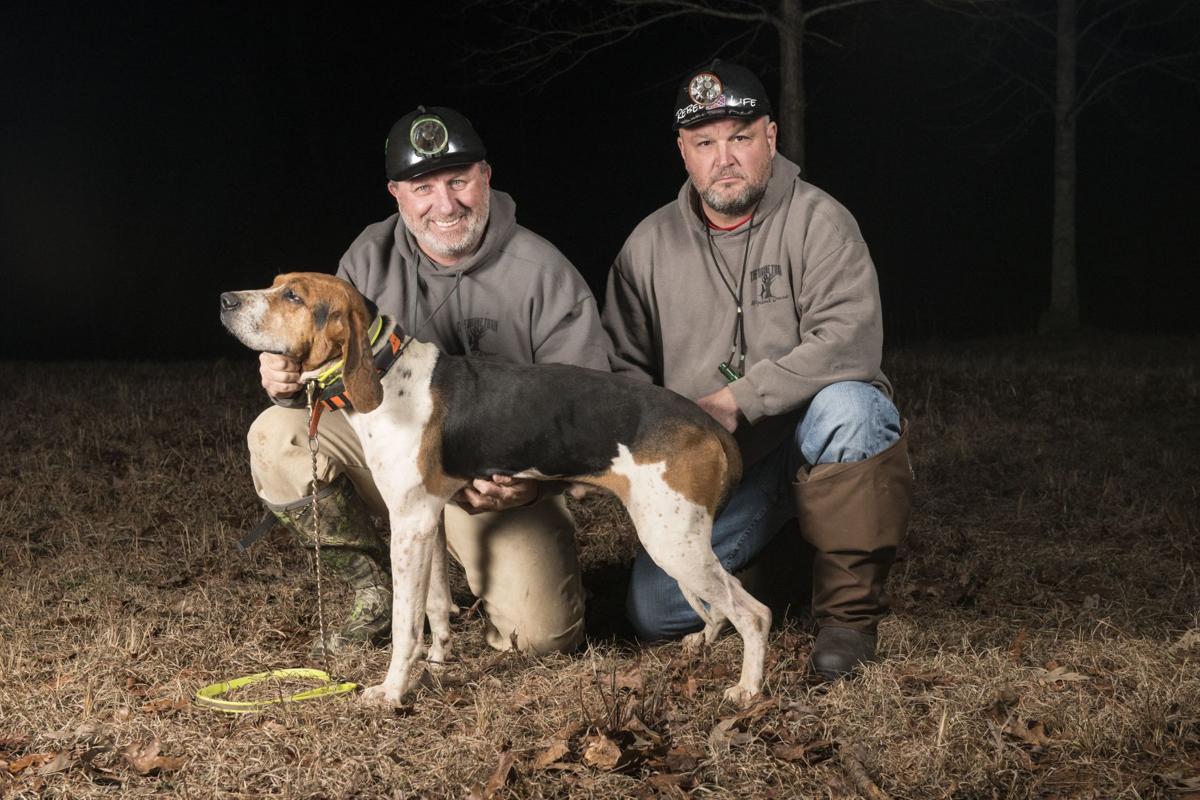 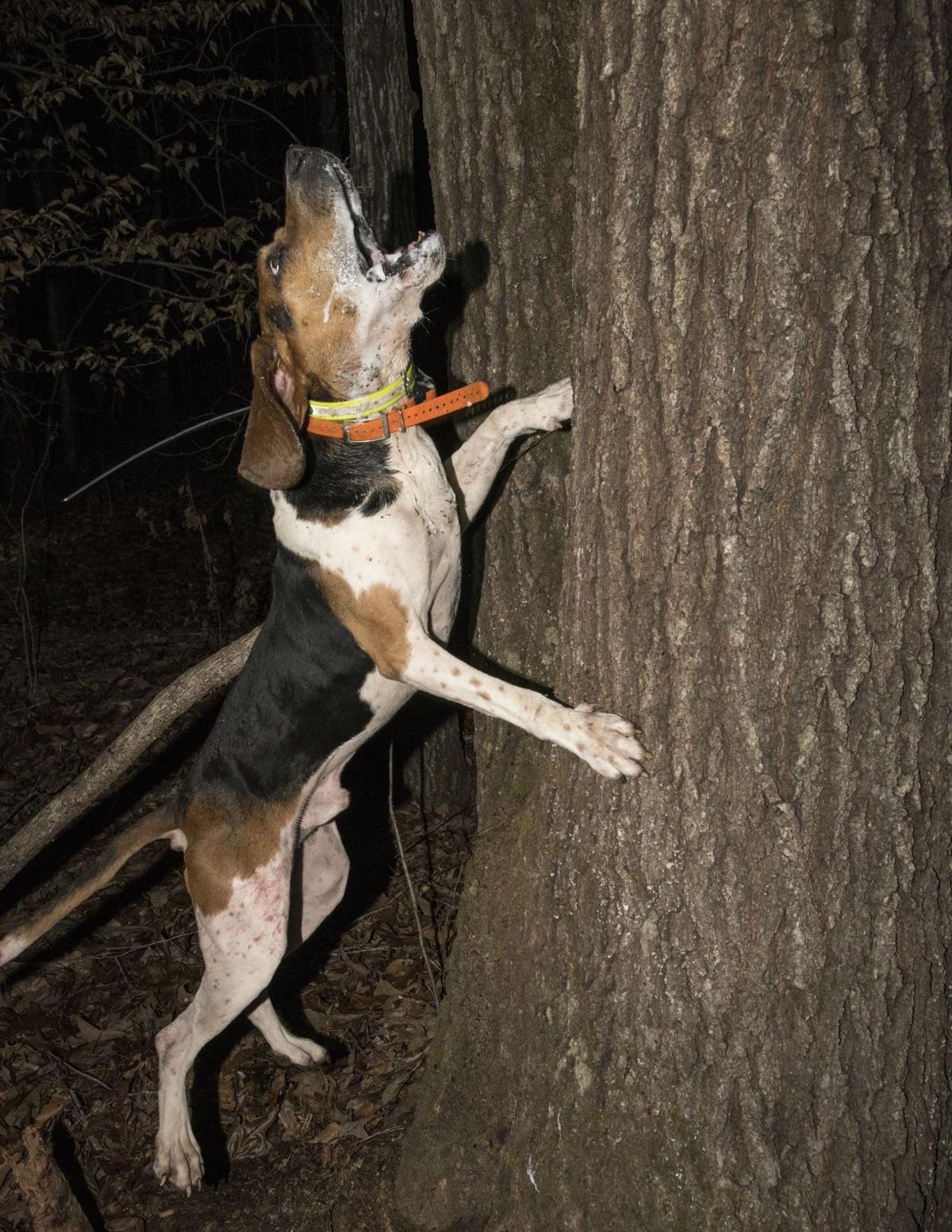 Drane goes crazy when he finally trees a raccoon. 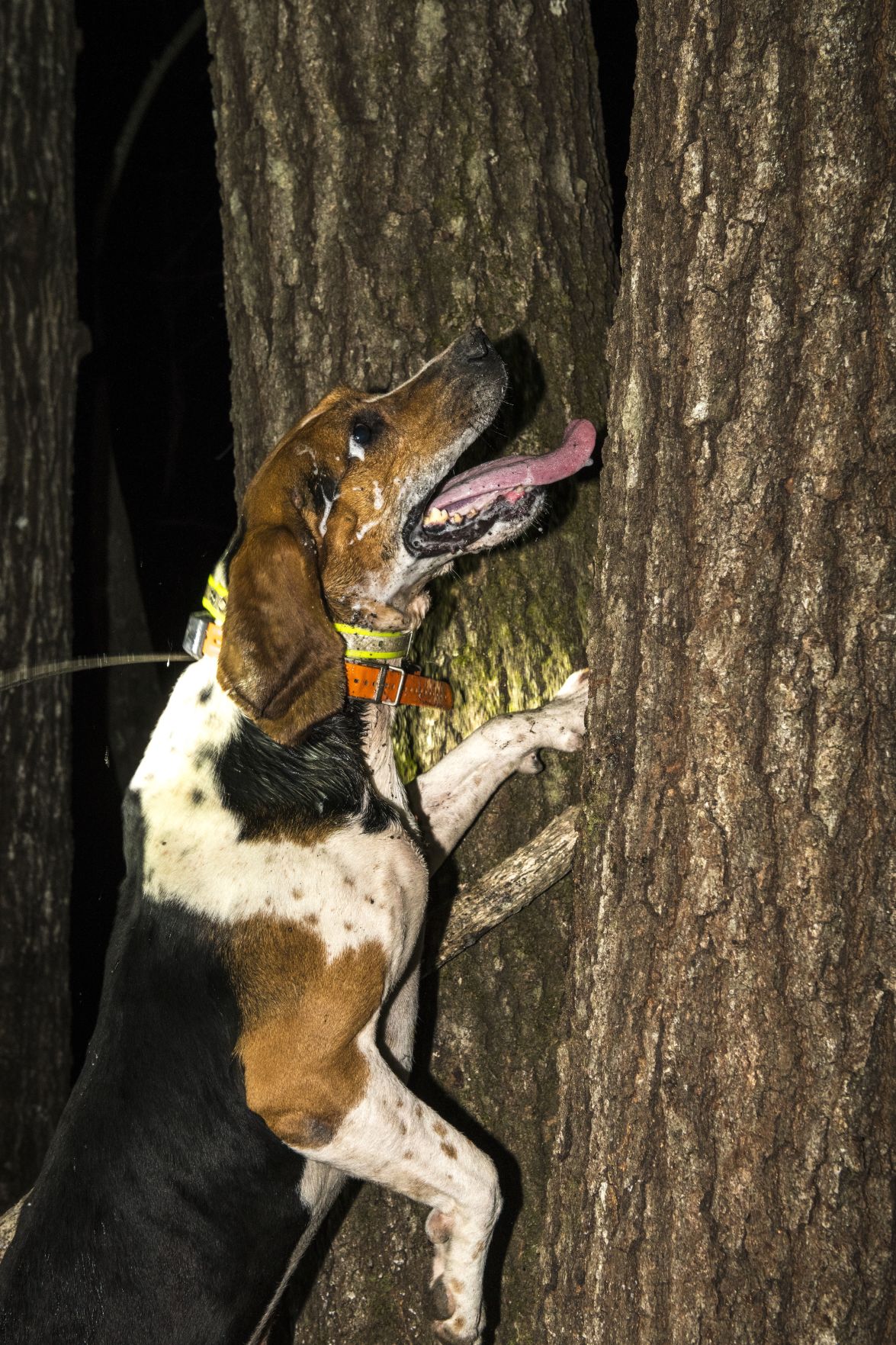 Wipe Out Drane in action on a hunt in Tallapoosa County. 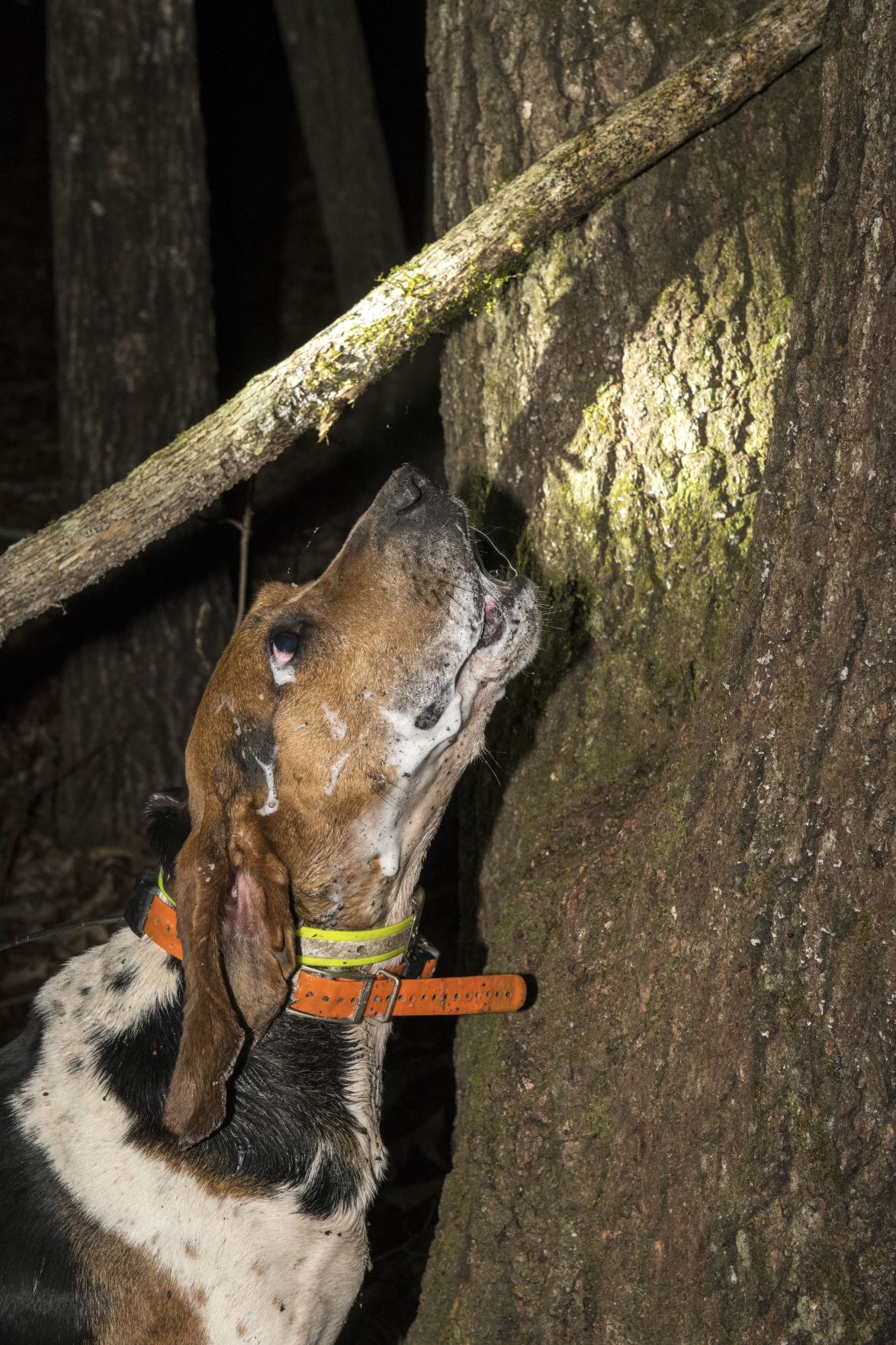 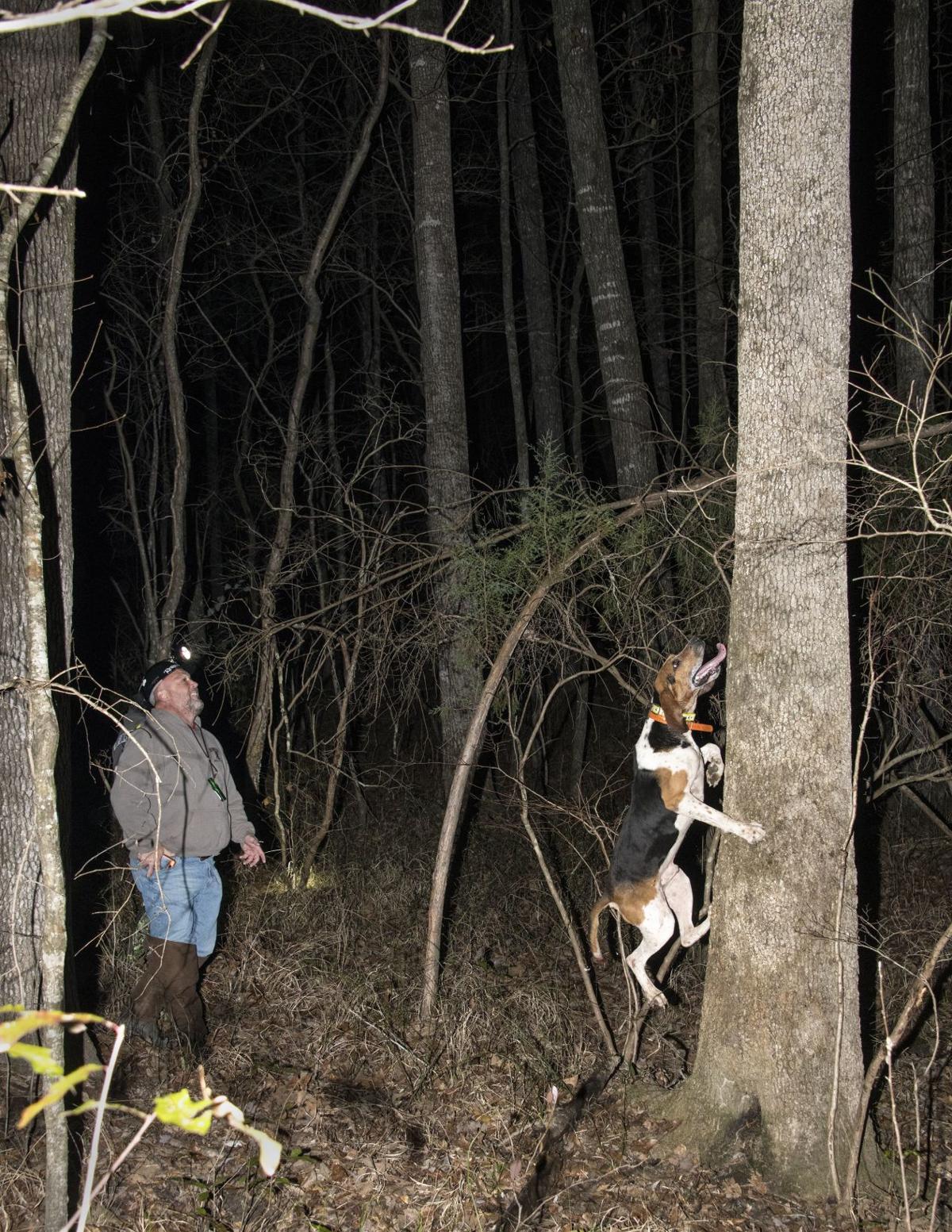 Yarbrough looks on as Drane trees a raccoon. 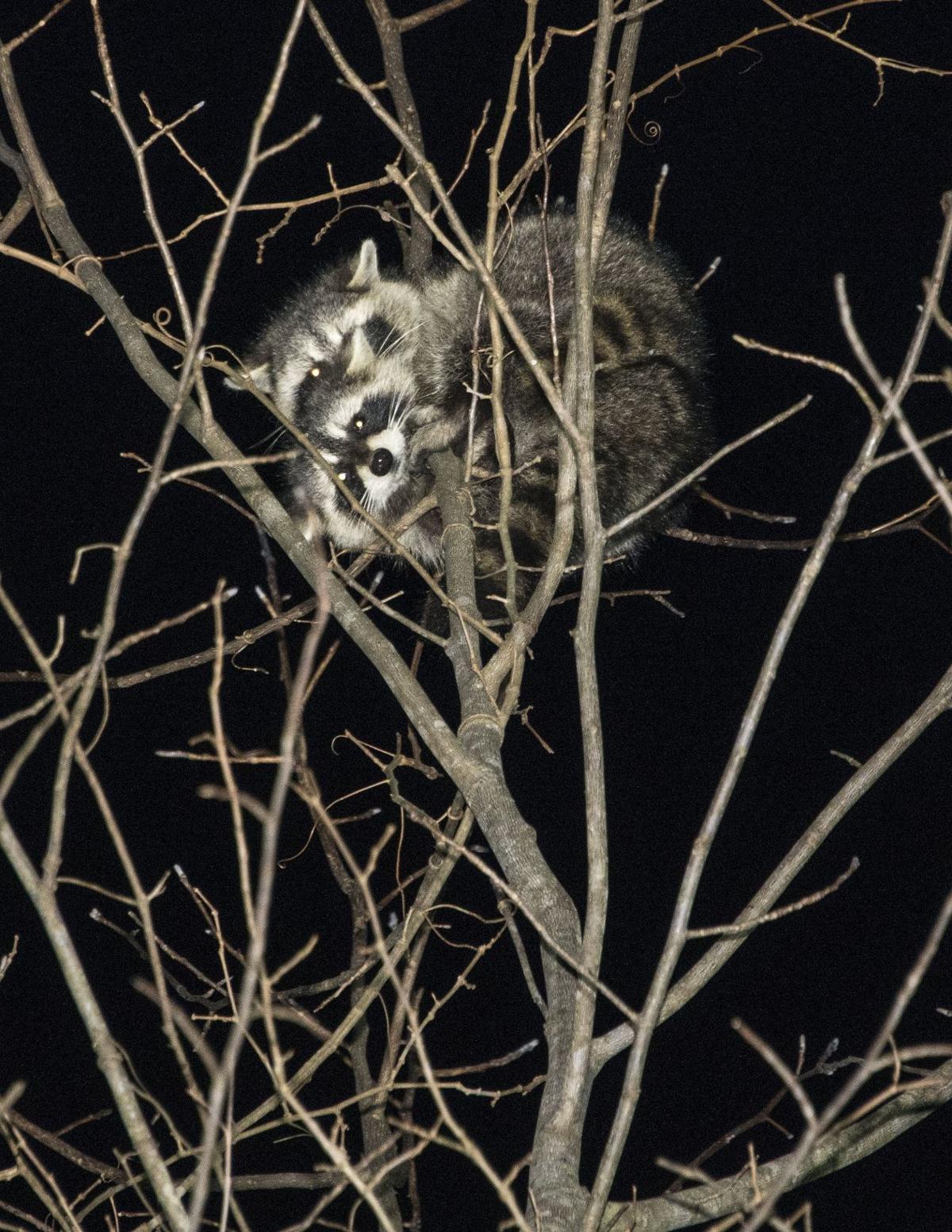 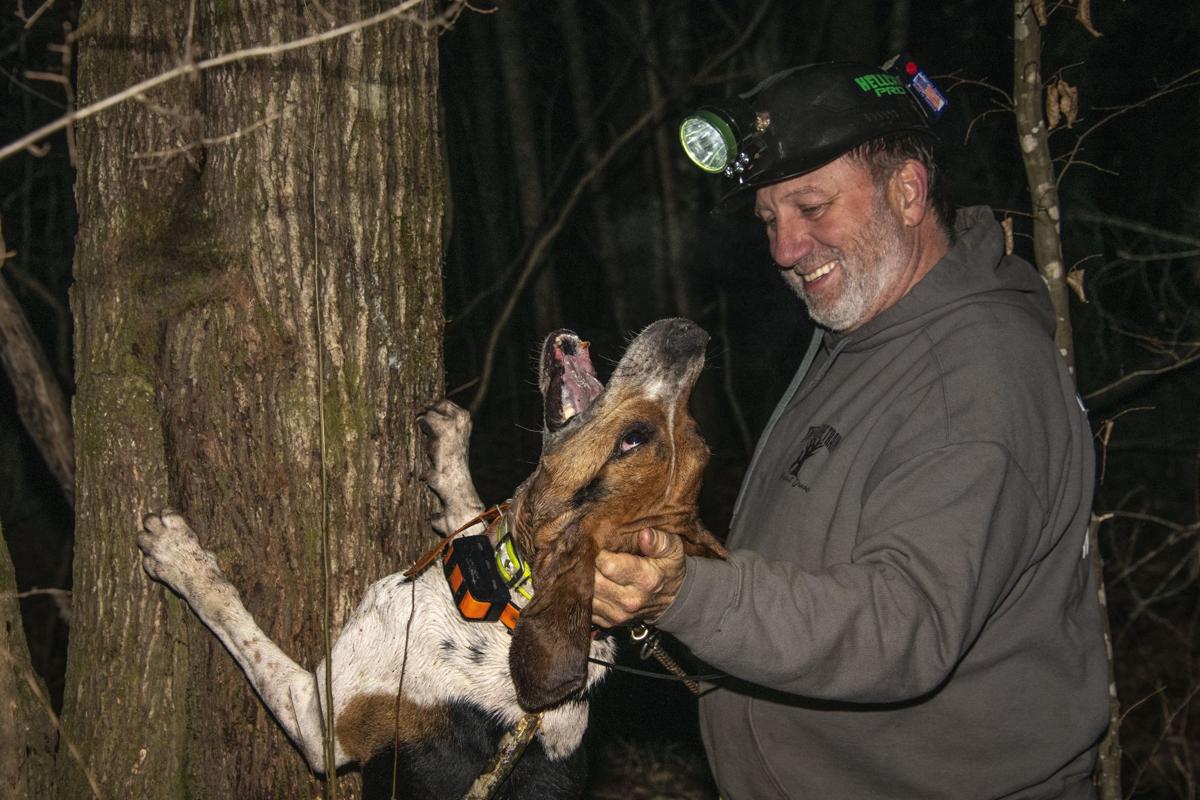 Dean has learned to read his dog based on bark and behavior.

Drane waits for the hunters at the base of the tree.

Drane goes crazy when he finally trees a raccoon.

Wipe Out Drane in action on a hunt in Tallapoosa County.

Yarbrough looks on as Drane trees a raccoon.

Dean has learned to read his dog based on bark and behavior.

Wipe Out Drane and owner/trainer Keith Dean have topped the standings in coon hunting not only on a state level but also on a national platform.

Dean is the 2019 state leader for the Professional Kennel Club, and Wipe Out Drane is the No. 16 hunting dog in the U.S.

“I’ve been hunting my whole life because my dad was a big hunter and taught me all about it,” said Dean.

The New Site native competition coon hunts all over the country and probably participates in about 100 hunts per year. During the week, he sticks to local competitions, and on the weekends he travels as far as he needs to succeed.

“I am a competitive person by nature,” said Dean. “And I just love dogs and love being outdoors.”

While most hunts tend to only be for one night, there are certain events that are two nights or even take place over the course of a week – such as Michigan Madness.

During a competition coon hunt, the objective is to accumulate the most points. These scores are determined by the dog that strikes first; trees the raccoon first; makes the fewest mistakes; and so on.

“The handler really needs to know the dog,” said Dean. “You need to read your dog. They have a specific bark, for example, that indicates they’ve treed a coon, and other noises that symbolize something different.”

Wipe Out Drane currently is a Grand Nite Champion, which is an indication of the number of hunts won and points accumulated over the lifetime of the animal.

Dean typically participates in PKC events, as they are the ones that pay out money, and the organization keeps a registry of the dogs’ records and lifetime earnings.

The accumulation of points that ranks dogs and their owners is calculated over the course of a year.

“There are usually three cash winners in every hunt, and they can choose to split the pot or hunt it off for placement,” said Dean.

Aside from training and hunting with coon dogs, Dean also breeds them. His favorite breed of hound is the Treeing Walker Hound, and within that, there are different bloodlines from which to choose.

“Some trail more, and some don’t trail as much; you can pick and choose different bloodlines that suit your fancy,” said Dean. “All specific types of breeds have different characteristics, depending on what you’re looking for.”

Wipe Out Drane, for example, is from the lineage “Wipe Out,” and his father is a world champion named A Thousand Dollar Bill, who has won more than $100,000 in hunts.

Dean has been in the top 20 money winners in the U.S. in the past, along with placing eighth and 11th in the world champions before. He won the Super Stakes, which is the two-year World Championship in Salem, Illinois, in 2002. Dean also won the 2000 Breeders Showcase with his pup, Foxy Roxy and partner, Phillip Strickland.

This is the second time Dean has won the state race. His first win was with hisanother dog, Rock River Dalton.