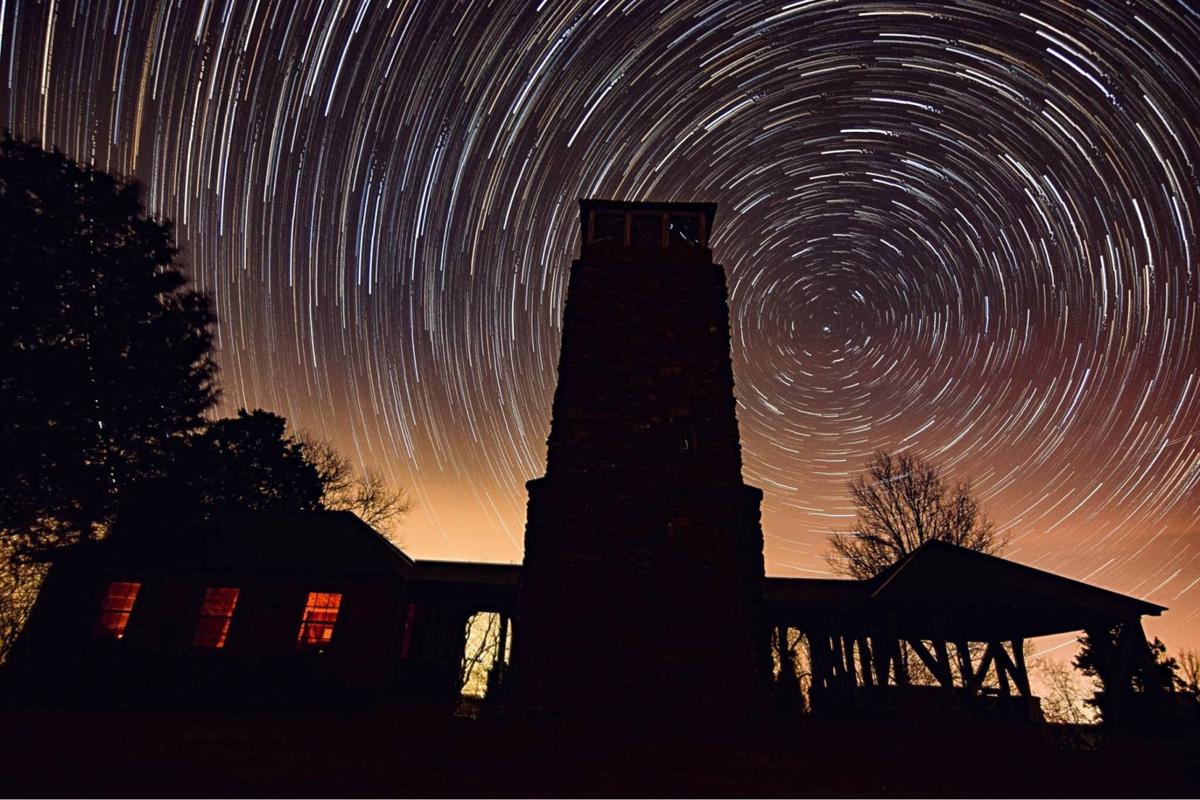 A silhouette of the watchtower on the tip top of Flagg Mountain. 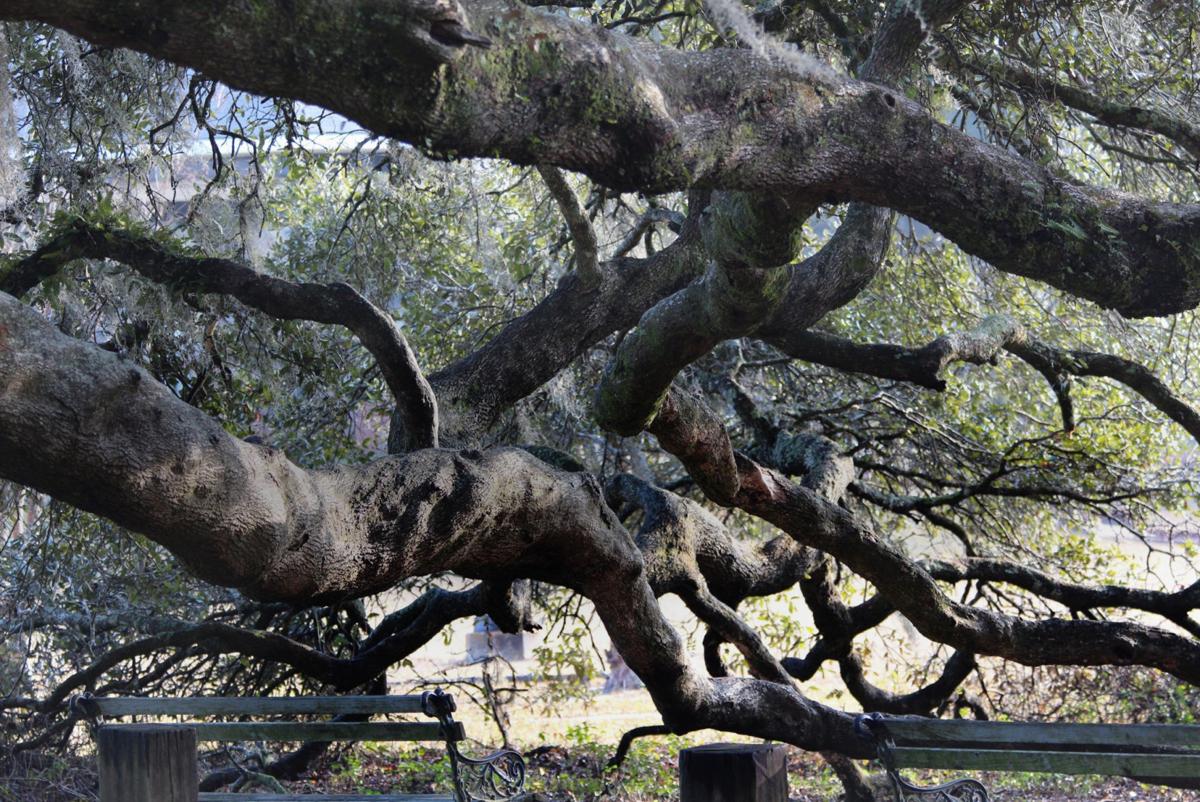 The route features old growth in the forest. 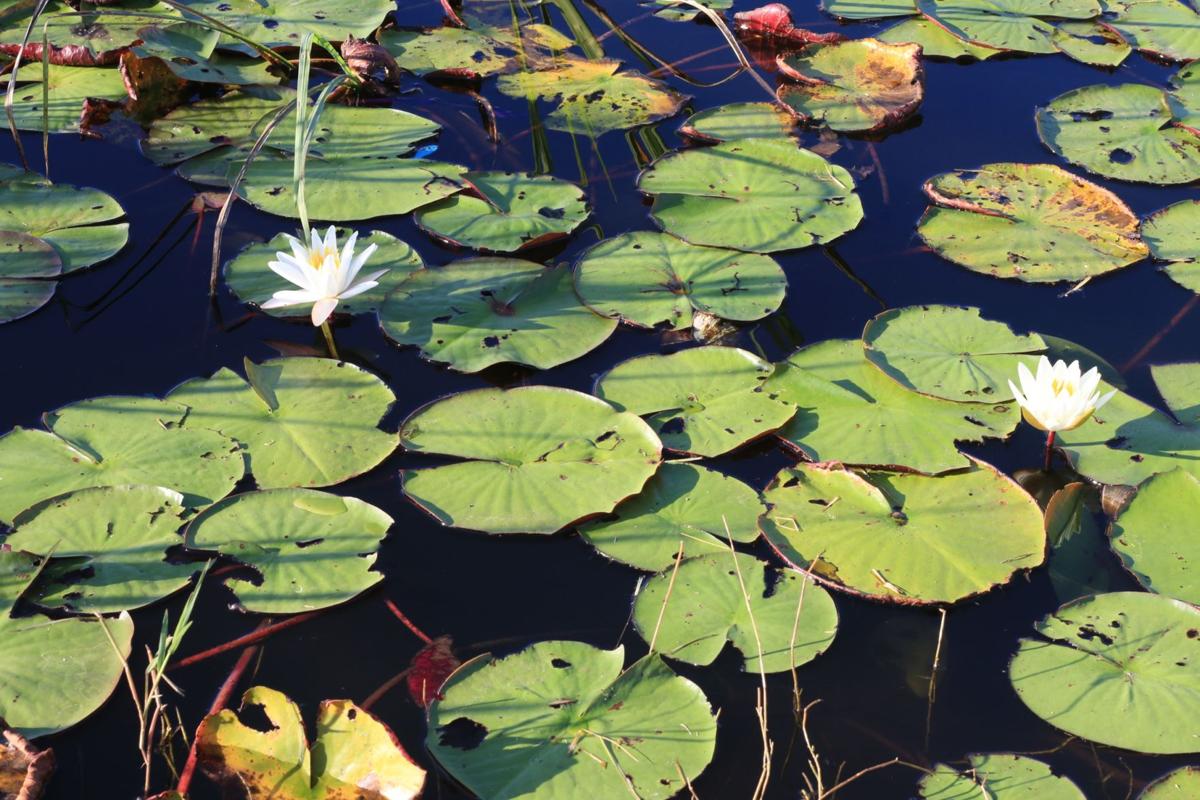 The diversity of plant and animal life can be traced as the trail makes its way north. 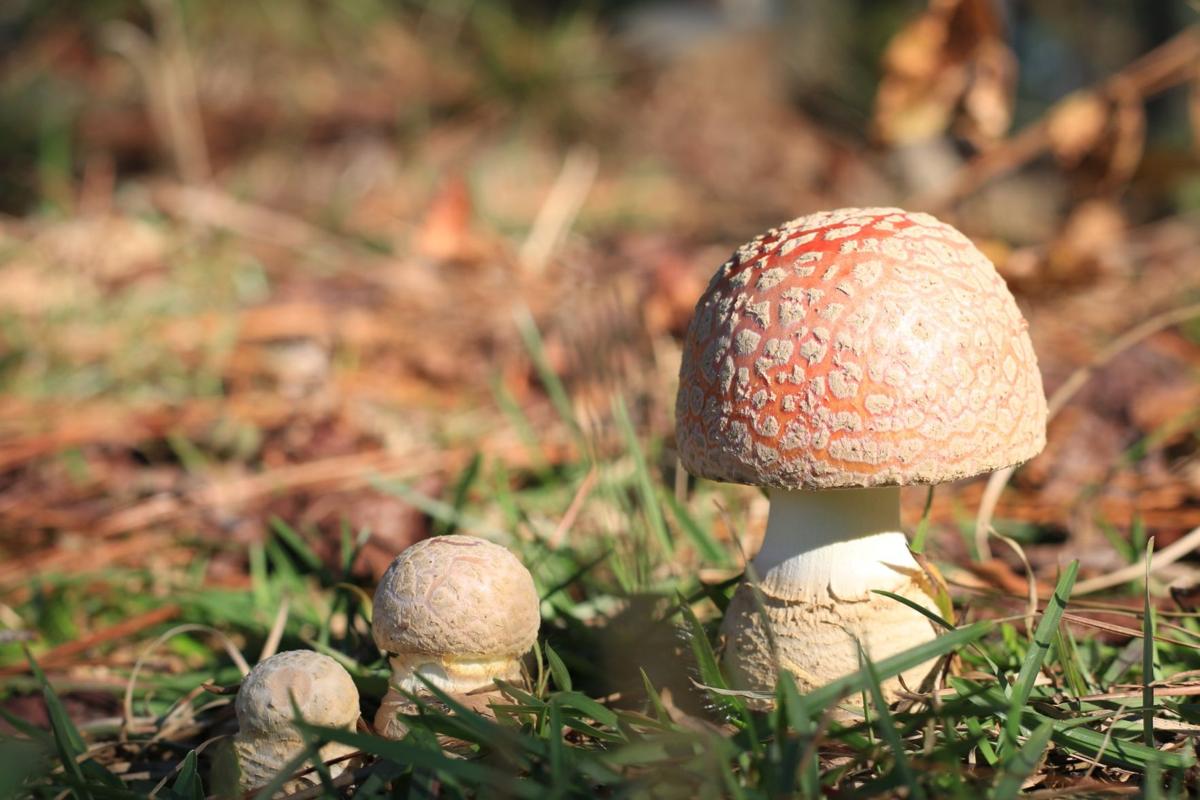 Local flora will be a highlight on the trail. 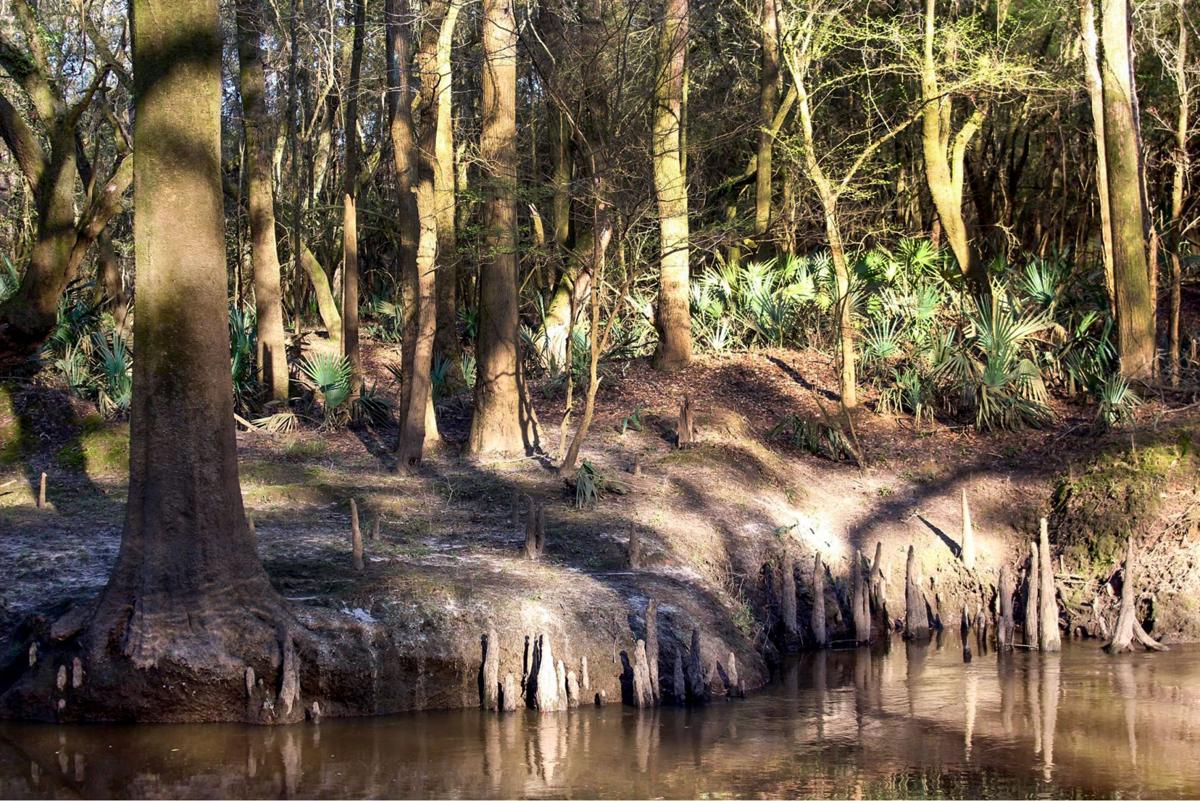 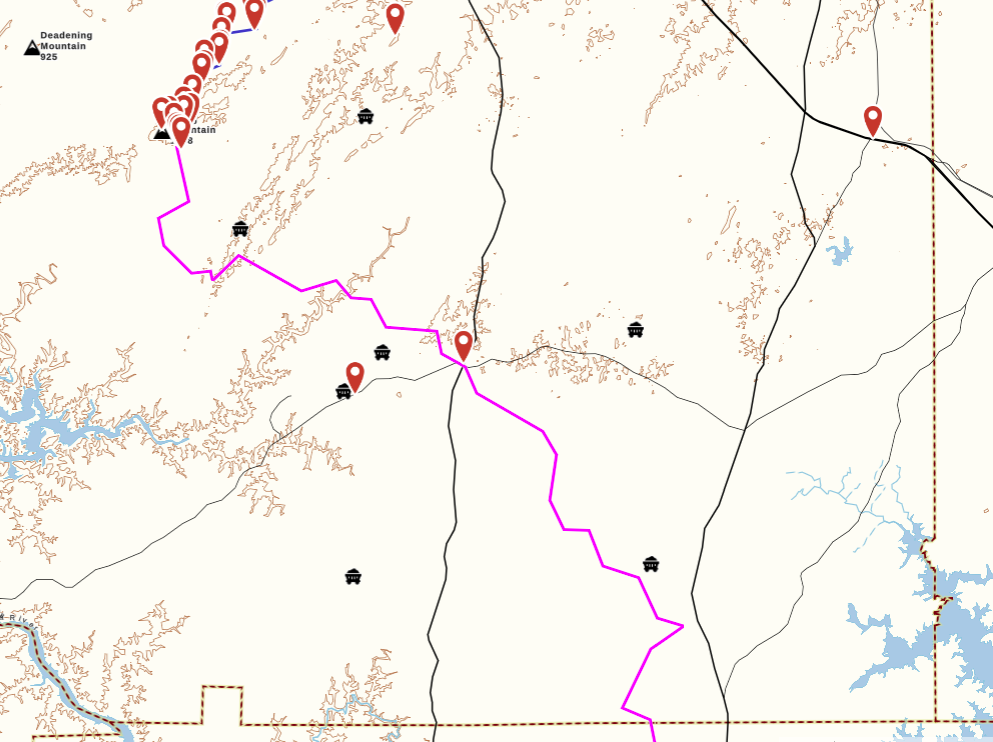 The path crosses into Coosa County.

A silhouette of the watchtower on the tip top of Flagg Mountain.

The route features old growth in the forest.

The diversity of plant and animal life can be traced as the trail makes its way north.

Local flora will be a highlight on the trail.

The path crosses into Coosa County.

A simple idea to route a trail from the Florida National Scenic Trail to Geneva, Alabama, morphed into a detailed plan of action and larger scope project to bridge the last remaining gap in a continuous East Coast Trail System. The path ends in Coosa County at Flagg Mountain in Weogufka.

The approximately 276 mile-trail was mapped out using GAIA GPS and will utilize wilderness trails, highways with hiking and biking shoulders, as well as dirt roads and paths.

“A lot of words have been thrown out there – ergonomic, organic – but I wanted the trail to develop itself,” said John Hughes, founder of the trail and Geneva city councilmember. “It’s going to be flexible over the years and find its best path.”

Hughes, also vice president of public relations of the Alabama Hiking Trail Association, brainstormed the Coast 2 Crest Trail system to begin at Pier Park in Panama City Beach, Florida, and end at the Crest of Flagg Mountain in Weogufka, Alabama, with the Weogufka State Forest, watchtower and cabins built by the Civilian Conservation Corps in the 1930s.

“It started when I was elected to city council in Geneva, some 16 years ago. I wanted to find a way for Geneva to capitalize on the boom just 70 miles away at the coast. As I’ve traveled back and forth over the years, I started seeing Florida trail signs crossing the roads I traveled. I thought it would be nice to develop a connector trail from the Florida Trail at Seven Runs up to the Robert Fowler Memorial Park in Geneva,” said Hughes. “I started mapping it out and thought, why not make a trail that goes through Geneva and offers hikers a route to connect the East Coast?”

The route would ultimately link up with the Appalachian Trail creating a trail system that spans the entire East Coast. It is currently in the development phase, and Hughes is in the process of engaging public and private landowners; blazing the route and placing signage; and recruiting likeminded individuals to contribute to the project.

“If I could get people out there and walking this trail and talking about this trail, eventually our government agencies would step up and join us to contribute to its funding and maintenance,” said Hughes.

Previous to this design, hikers from the Florida Trail would hit a trail called Red Ground Trail north to the Alabama line. At this point, hikers would take an Alabama road walk path that was a more dangerous path along major highways.

“This gives them a safer option and the opportunity to avoid going through a military base, which can be complicated and require special permits,” said Hughes.

The trail isn’t completely a wilderness trail, and Hughes refers to sections of it as an urban trail – as it goes straight through Troy University, for example.

Florida has already emphasized small towns along their trail systems that have transformed into active, vibrant communities developed from trail traffic.

“It’s an incredible boom that it’s caused in certain towns, especially those with a trailhead. It’s really popular right now to do a thru-hike and hike long distance trails from start to finish,” said Hughes.

There is an additional economic promotion within that aspect, he added.

As Dollar Generals are hikers’ Mecca, Hughes said he hopes to route the trail nearby those stores, in the advantage that those areas also could benefit from additional businesses beneficial to hiking traffic, such as outdoor gear and apparel.

While personally familiar with back roads from Geneva to Troy, Hughes primarily routed the remaining trail using the tools and resources supplied by GAIA.

“I knew what I had in mind and that I wanted it to come close to some lakes and avoid Montgomery,” he said.

Hughes has walked the trail from Pier Park to just south of Troy and hopes to have walked it all by 2021. About 90 percent of the route still has to be blazed and marked out, and he is in the process of getting medallions labeled C2C that he will place along roadsides, with governmental permission.

“There is a lot of areas and countryside that people don’t know how desolate and how pretty they are,” said Hughes.

He has collaborated with the Alabama Hiking Trail Association to assist with building and maintenance of the Alabama portion of the trail. The Florida trail system already has a pretty good structure in place. Areas from Pier Park up through Ebro to Geneva have really pushed recreation and trails, and many are already-existing routes, he said.

Some points of interest that will stand out in Alabama include local parks and recreational facilities, rivers, creeks, lakes and more. In Florida, the trail will run through Pine Log State Forest; Florida National Scenic Trail; historic Cerrogordo and others.

The next step is really to raise money and form an official Coast 2 Crest organization, said Hughes, and develop a Facebook page and website.

“Then, I want to get maps for the trail; design and sell T-shirts; look into grants and funding; and get signage up,” he said.

He’s connected with some interested parties through the AHTA where people are familiar with certain areas of the route.

“We’re going to come together and get a plan of action to roll this thing out,” said Hughes.

For additional information about C2C or to be a trailblazer in its conception, contact Hughes at dukdukduece@yahoo.com or 334-723-6370.