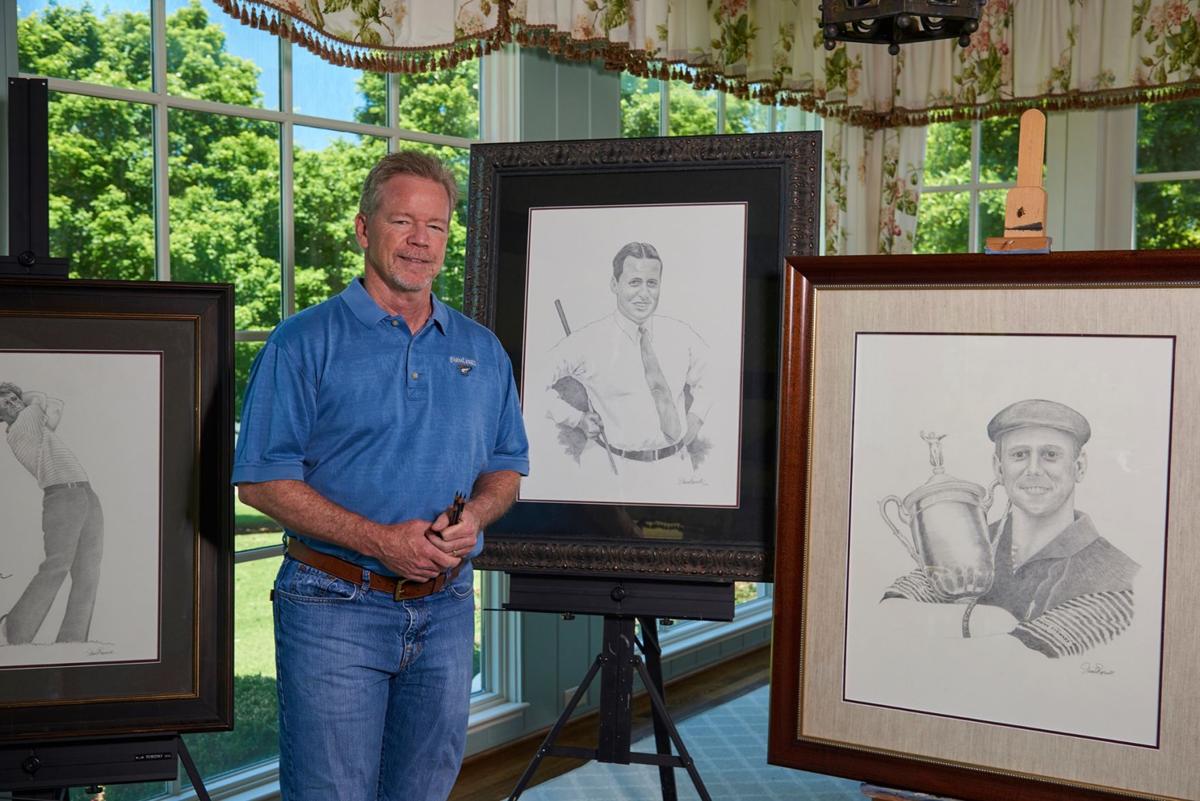 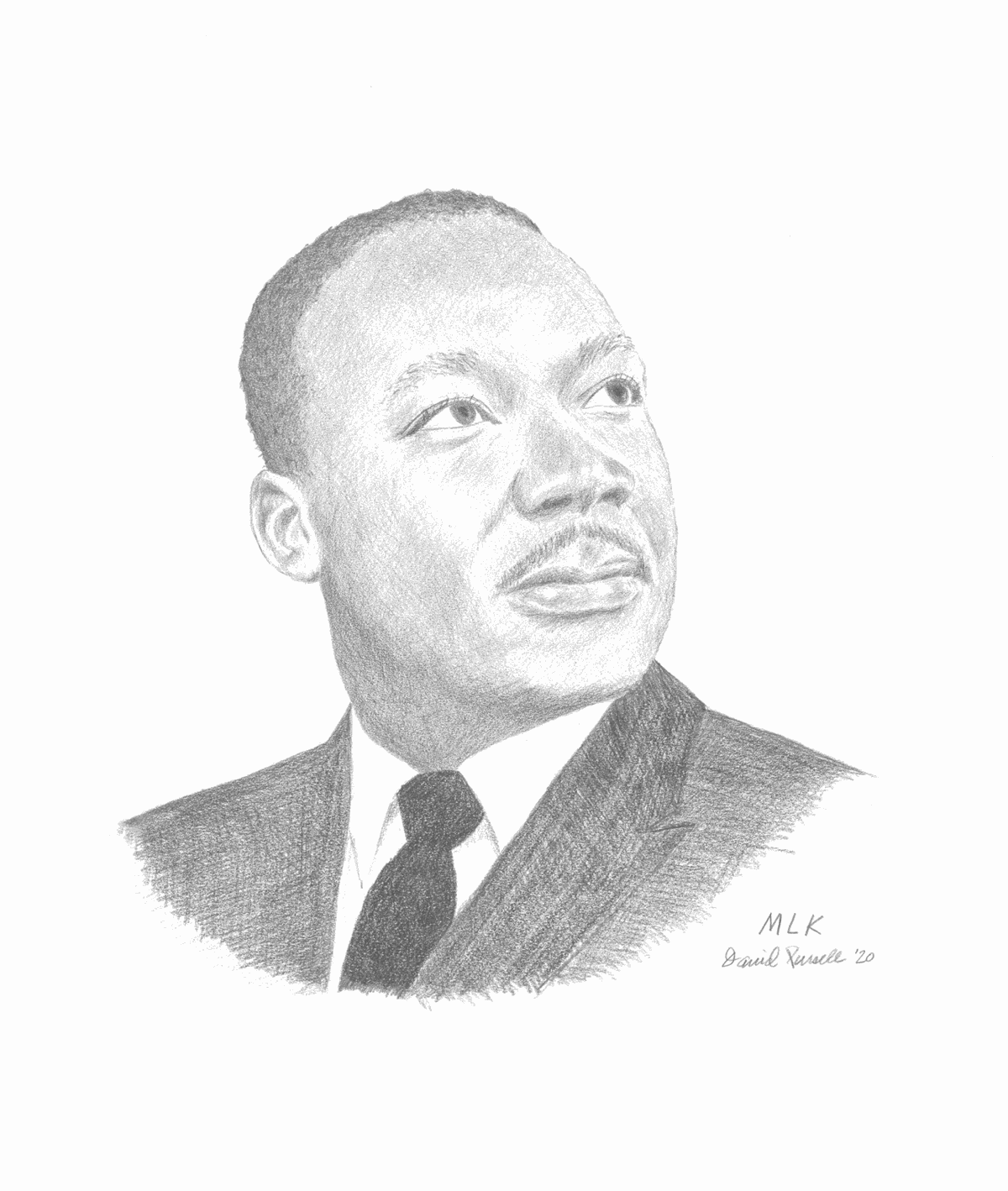 CEO David Pursell began drawing portraits of leaders he admired who inspired him. 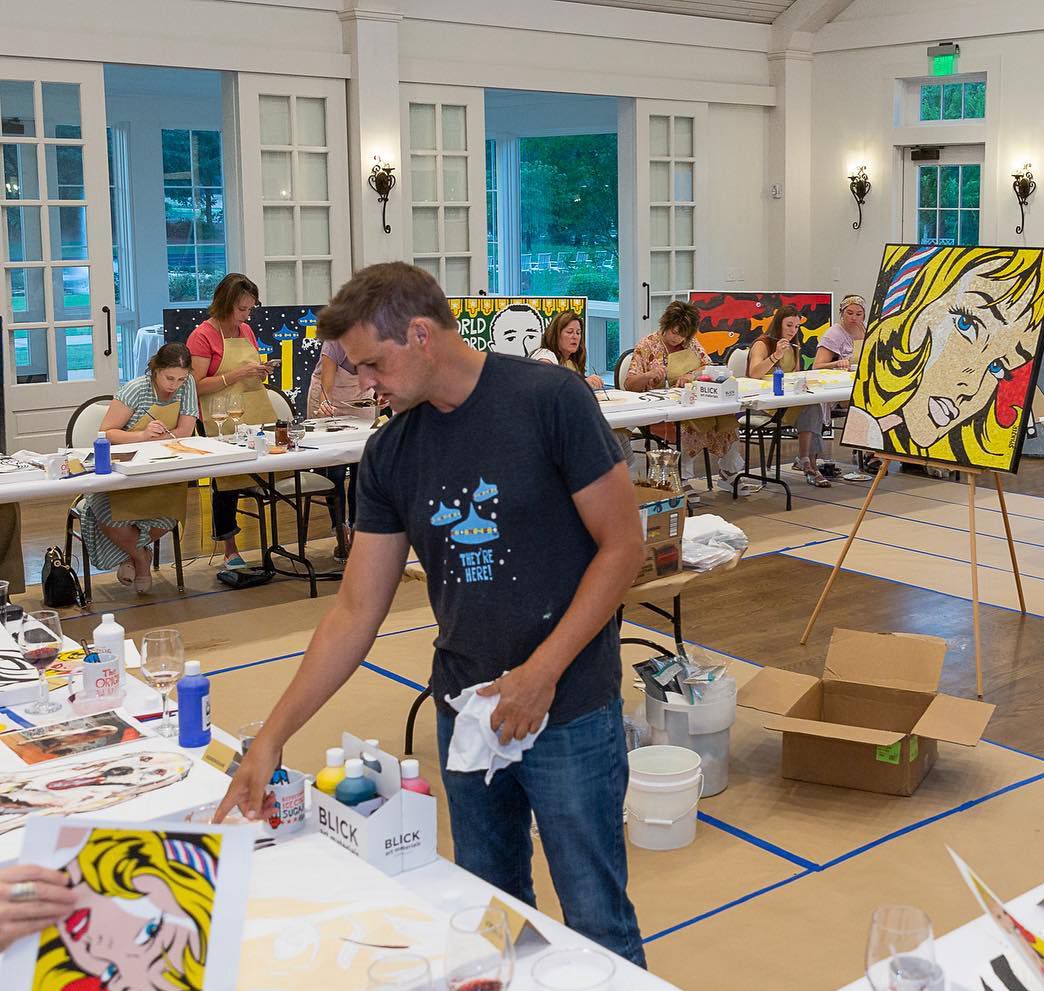 Art classes are among the experiences offered at Pursell Farms. 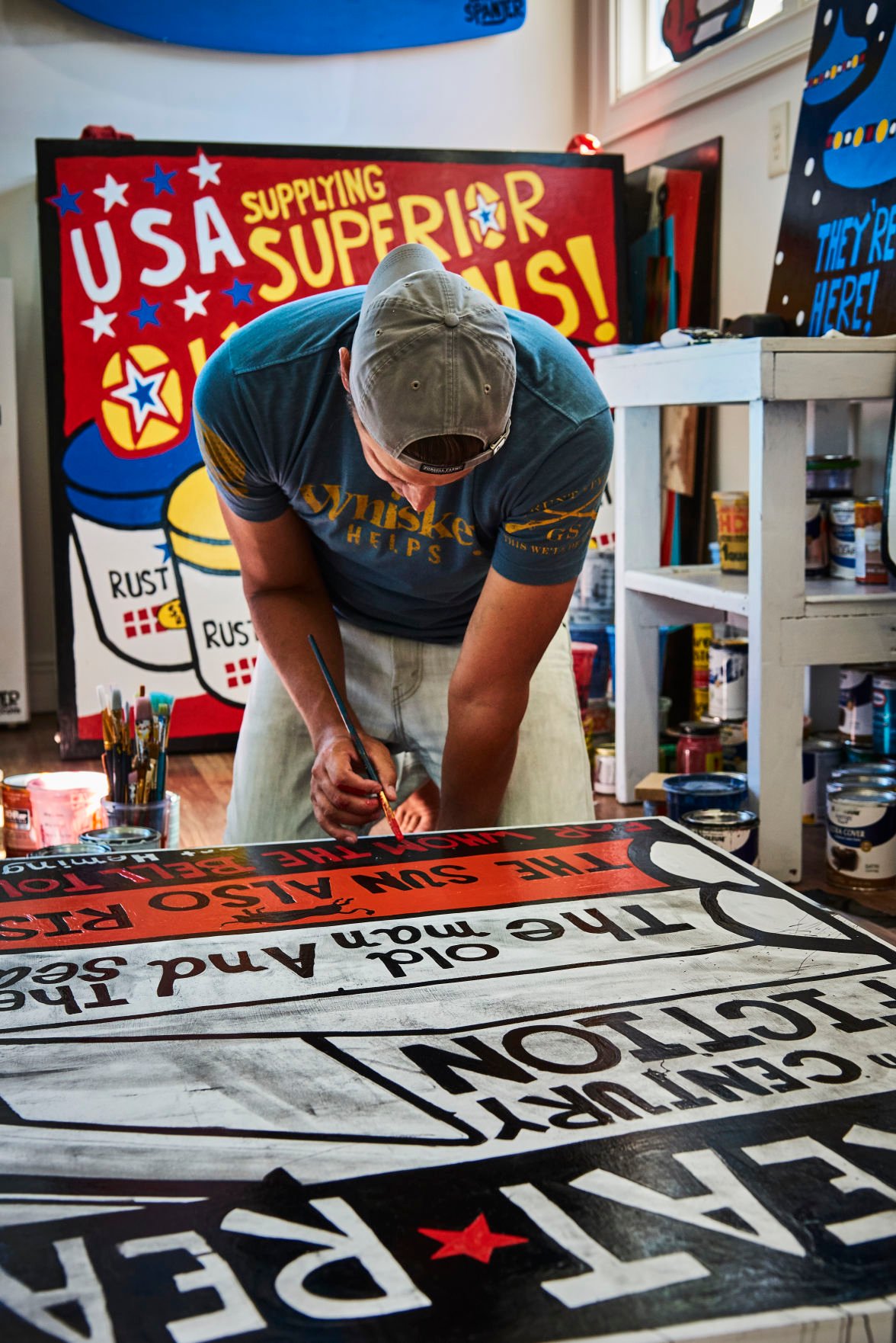 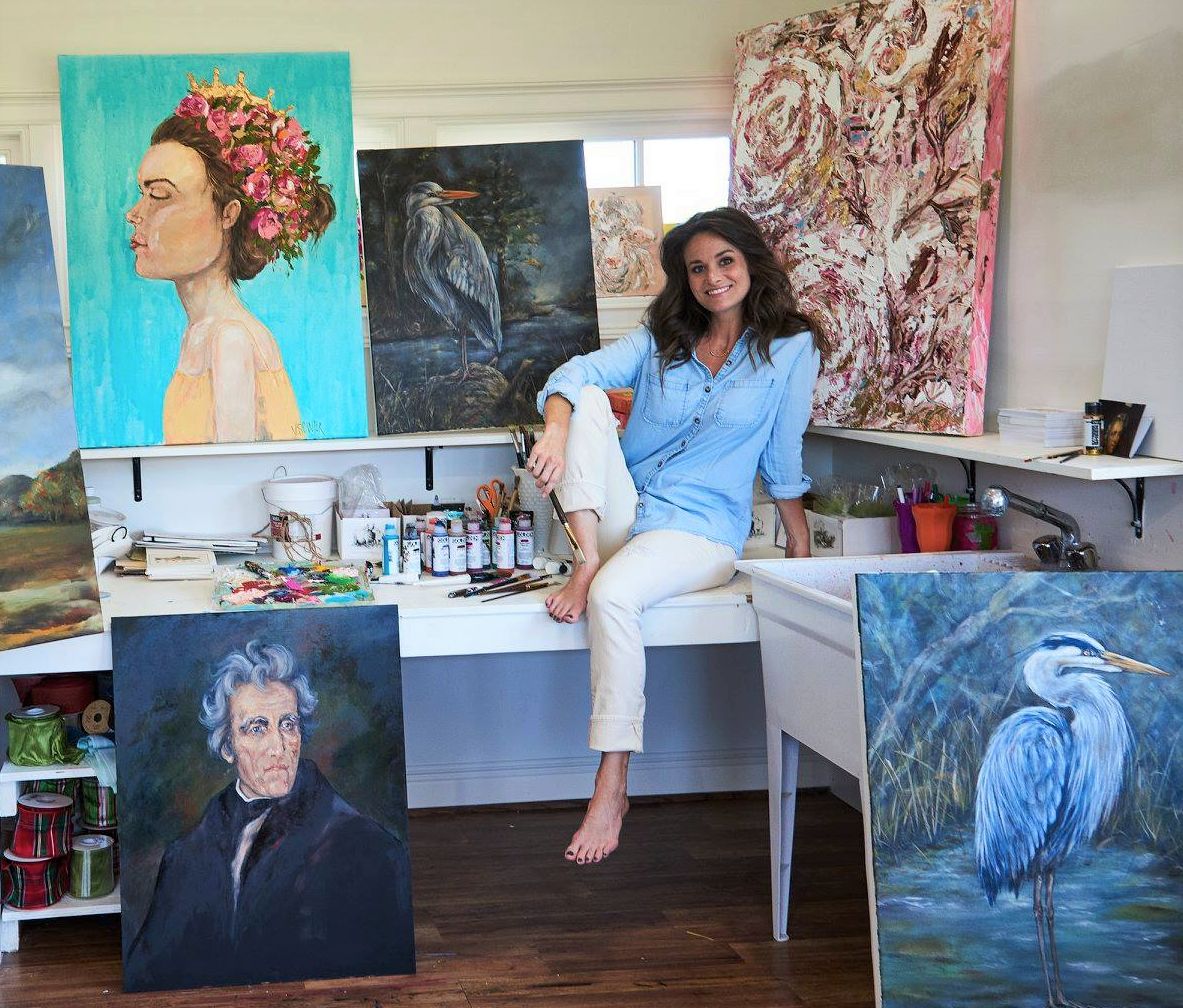 Artist-in-residence Vaughan Pursell Spanjer traces the history and beauty of Pursell Farms through portraits and paintings of the wildlife. 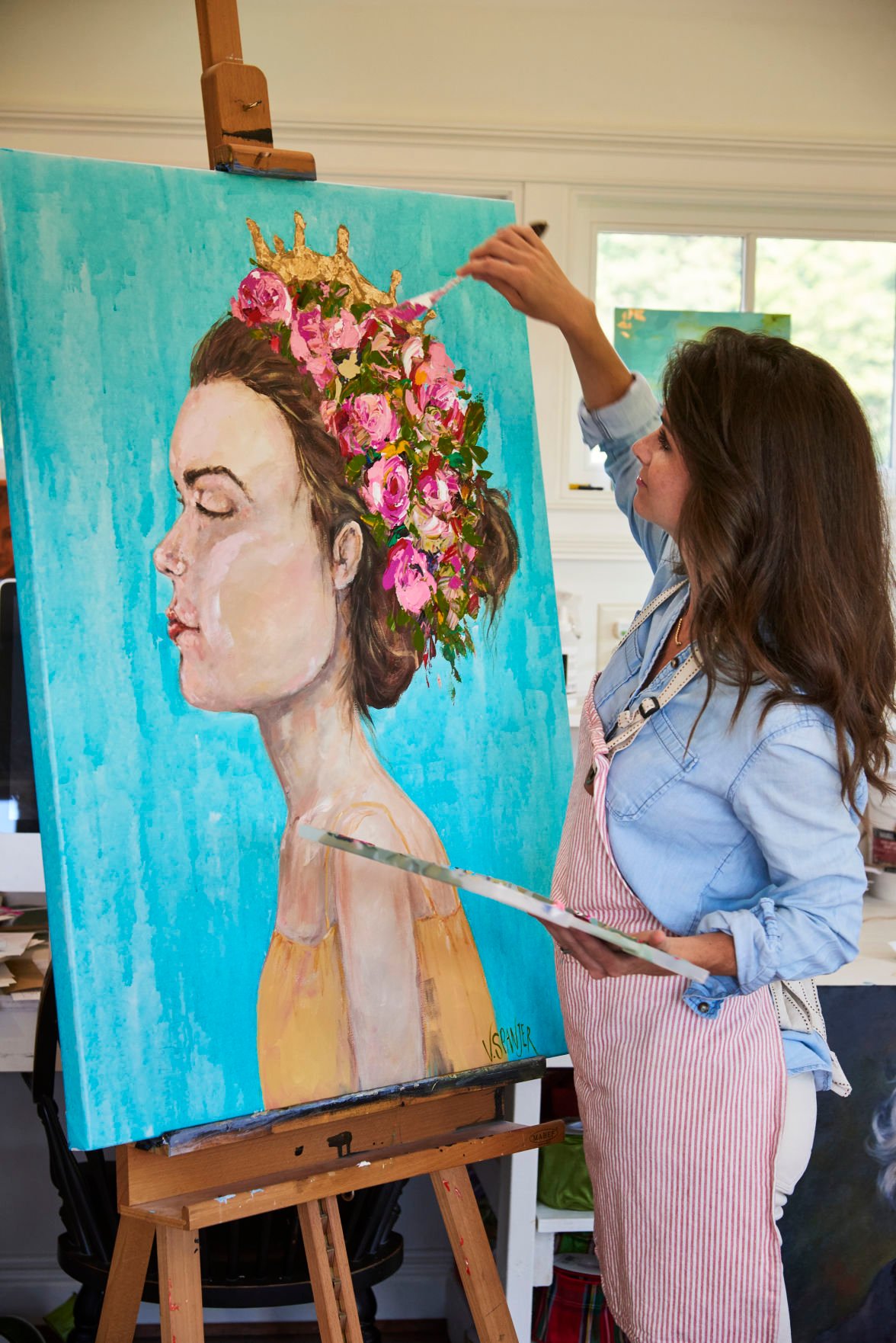 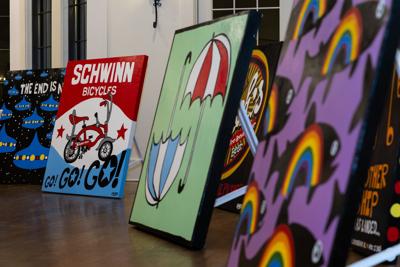 CEO David Pursell began drawing portraits of leaders he admired who inspired him.

Art classes are among the experiences offered at Pursell Farms.

Artist-in-residence Vaughan Pursell Spanjer traces the history and beauty of Pursell Farms through portraits and paintings of the wildlife.

A surprising thread of dreams – bright, vibrant and teeming with creativity – runs over the upland hunting fields, UTV trails and rolling fairways at Pursell Farms, a 3,200-acre resort renowned for indulging its guests in the outdoor interests of traditional Southern culture. Juxtaposed against these rugged adventures, the finely appointed cottages, cabins and inn accommodations display original works of art, pieces inspired by faith, family and farm and fashioned by the farm’s CEO David Pursell and family artists in residence.

Pursell grew up in the family business, a fertilizer concern, but when it was time to go to college, he chose to study commercial art at Auburn University instead of following the obvious line of agribusiness. And that’s how the thread started.

“As a kid, I loved art. I always had pen, paper, pencil with me, and I drew cartoons and Army men,” Pursell said. “I went through high school self-taught, and when I went to Auburn, I decided to try my skills at commercial art. I liked the idea of designing – ad campaigns, T-shirt designs, anything. I really think I’m more of an ‘ideator’ than an artist.”

When he returned to the farm after graduation, Pursell started an in-house ad agency at the family fertilizer company. His wife, Ellen, an interior designer, wove art and creativity into the fabric of life with their six children, encouraging them toward vision and expression. The Pursells’ daughters harmonized to radio tunes in the car on the way to school and found visual inspiration for art supplies and subject matter on the family farm.

“There was nothing out here but trees, fences, pasture and cows,” Pursell said.

It was fertile ground for ideation.

In 1997, the family business split into two divisions: His brother took on the consumer market while Pursell handled the professional side – the golf courses.

“To get the story across to end users, I developed the goal to make a presentation of our product to every golf course superintendent in the country,” he explained. “The golf course was a living lab for the products.”

As CEO, Pursell master-planned a research golf course and guest lodge and brought superintendents to the farm for demonstrations. The strategy was so successful that in just nine years, the product line went from No. 6 in the nation to No. 1.

“He inspired me because he dreamed big,” Pursell said.

The cabins on the property were named after the golfers, and Pursell put a portrait of its namesake in each cabin.

In 2006, he sold the commercial product line but kept the hospitality business, which included the lodge, cottages and cabins, the restaurants, the golf course and the original farm property.

The following year, Pursell’s daughter, Vaughan, moved to New York City. She’d met New York native Tim Spanjer there on a study trip while in college at Auburn University. The two married and pursued creative careers in Manhattan: Vaughan in fashion design, and Spanjer in design and marketing in the diamond industry. The newlyweds looked forward to starting a family and blending their creative lives.

Vaughan had embraced the artistic encouragement of her childhood and kept notebooks of dress designs. Though she had doodled and sketched wildlife growing up, her heart was set on fashion. She joined a boutique design team in New York City, sourcing fabrics, connecting with factories and embellishing layouts. After the team did a Fashion Week at Bryant Park, Vaughan learned she was pregnant. She thought all her dreams had come true.

But life in New York had its challenges, including a five-hour round trip commute. The cut-throat fashion design industry demanded long hours, stamina and endurance. It was not a lifestyle conducive to full term pregnancy and raising a child. Vaughan had lost previous pregnancies and went on bedrest following the triumphant Fashion Week experience.

One month after the birth of his granddaughter, Pursell called his son-in-law and offered him a job as marketing director at Pursell Farms.

Spanjer had grown up on a farm in upstate New York and studied art in Oklahoma. His degree was in graphic design, but in New York City, he also pursued interests in theatre, literature, playwrighting, poetry and visual arts.

A dimensional thinker, Spanjer maintains artistic interests that run from A to Z. He loves design, shapes, color, doodling and painting with block colors from hardware stores. He makes his own frames for large pieces that first are hand-drawn; then, manipulated in PhotoShop; and finally, transferred to lauan plywood and painted. His pop art works, featured in offices at the farm, juried shows throughout the state and online at artofspanjer.com, present elements of literature, poetry and theatrics, as well as contemporary culture.

“Art for me is the process of landing on a concept; and then, drawing and positioning it in the computer. It’s composition and typography. That’s where the fun is,” he said.

Spanjer’s art often approaches commercial subject matter from unique perspectives, which helps him to look at marketing from different viewpoints as well.

“It’s given me the ability to tackle marketing with creativity,” Spanjer explained. “It has helped me to develop a mind that works creatively in marketing the farm. And here, my hands are not tied by corporate style guides and rules and requirements. I can come up with new advertising concepts for what we’re trying to do here, bring a level of design and creativity that is unique to the hospitality world.”

Six months after making the move from New York, Vaughan was pregnant again, and bedrest was ordered immediately. The Spanjer family moved into her parents’ house, where Vaughan’s mother could better care for her daughter and infant granddaughter. That care included efforts to keep Vaughan’s spirits up.

“I had run out of things to do. I was struggling with anxiety and depression,” Vaughan said. “My mom set up a picture, a pencil sketch of Jesus holding a lamb close to His heart, close to His face. She had set that up as a reminder for me of His love and protection, and I started drawing sheep.”

“I had no confidence. I was pathetic. I waddled around to different places to sell them, and I would ask the store owners’ advice. ‘Do you like these? Do you think you might want to sell them?’ They were all so nice and so helpful to me,” Vaughan laughed. “There was a local frame shop that wanted me to display my work in their window, and I got some orders from there. Eventually, I started to branch out to cows and birds and other things I saw at the farm.”

Self-taught, Vaughan learned by trial and error and established herself as a local artist. She painted the quail that escaped the hunters at the fields, and she painted herons on the lake.

Now artist-in-residence at Pursell Farms, she illustrates for Orvis, which has a retail store on the grounds, and prints of her work are featured in every guestroom in the Inn. When the farm expanded to include a wedding venue, her mother commissioned Vaughan to paint a heron for the ballroom at Hamilton Place, a 22-acre space with indoor and outdoor areas for ceremonies and receptions. Watercolors of her birds also are in the resort’s rooms, as are her trout and other fish, butterflies and wildlife vignettes.

Vaughan also has worked with Jenny Pfanenstiel of Forme Millinery out of Louisville on Derby Day illustrations. She’s illustrated Christmas cards and has done designs for Dixie Design Collective of Birmingham. She also paints pet portraits and teaches art to children.

But she traces her artistic roots to her parents, who cultivated a creative environment for their children.

“That was really affirming when I was a kid, and I drew from that affirmation. It pushes me to try harder, to think outside the box. I am so grateful for the platform of creativity at the farm. It definitely inspires me,” Vaughan said.

The next expansion at Pursell Farms will incorporate the family’s love of creative pursuits, Pursell said. Later this year, the resort will open a gallery where the story of art at Pursell Farms will be told in the works displayed. Storytellers will host programs in which they will share anecdotes and spin tales about the artwork displayed in the gallery, the cabins and guestrooms – stories about the golfers and the wildlife, as they encourage guests to see the rolling landscape from new perspectives and realize what can happen when big dreams are woven into the fabric of life.