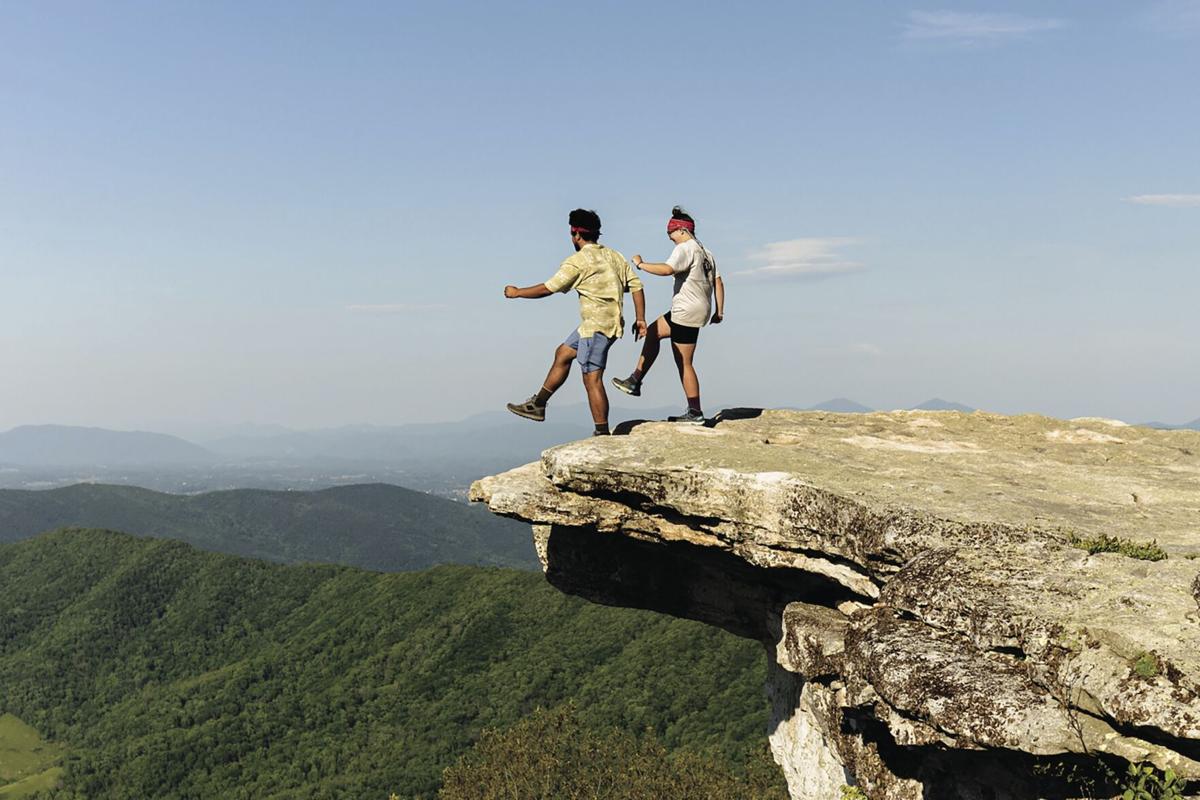 The trail covers 2,190 miles over 14 states and includes a number of spectacular vistas. 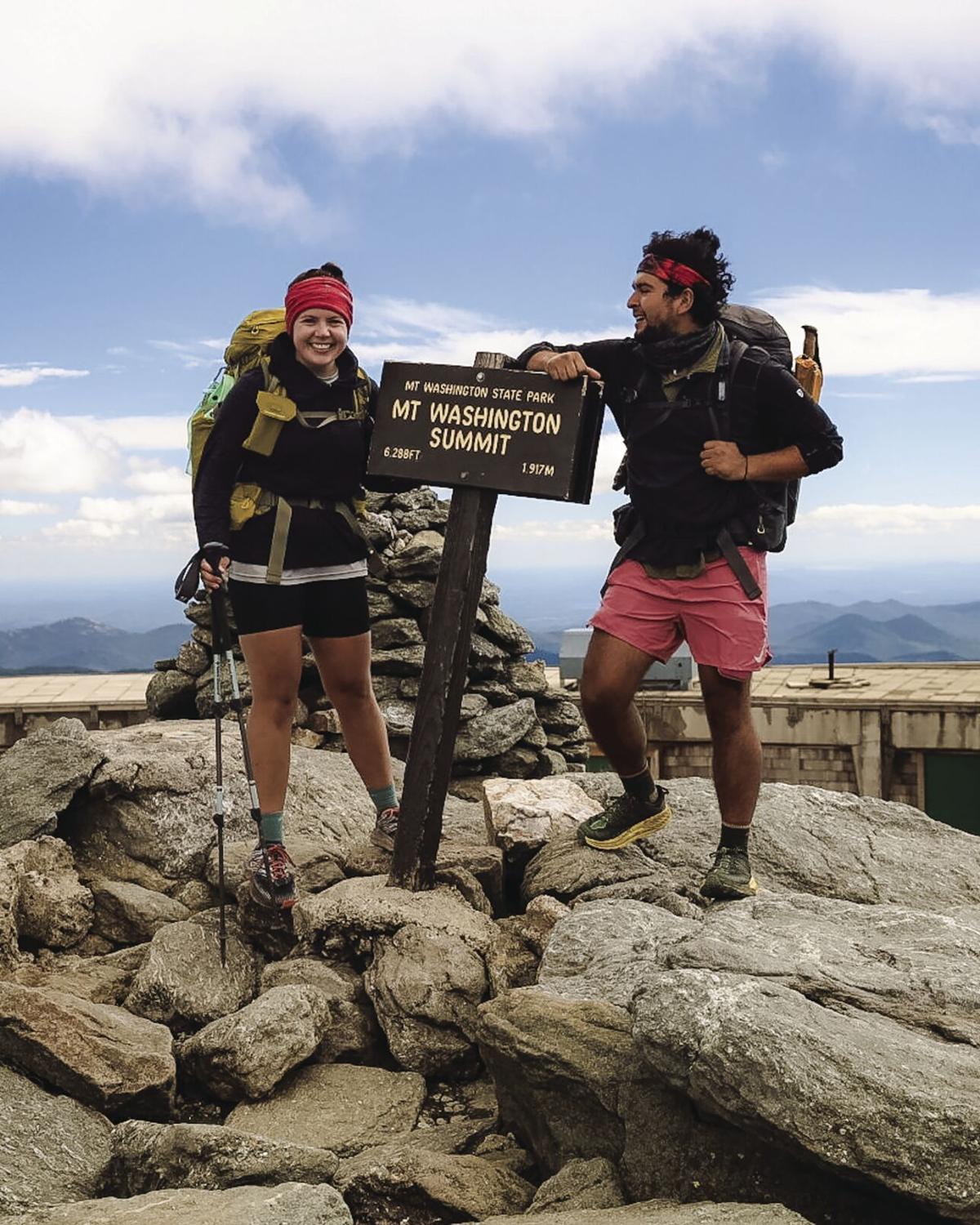 DeForest Tuggle had dreamed of traversing the Appalachian Trail since she was 10 years old, and Irving Blanco decided to go along when she hit the trail. 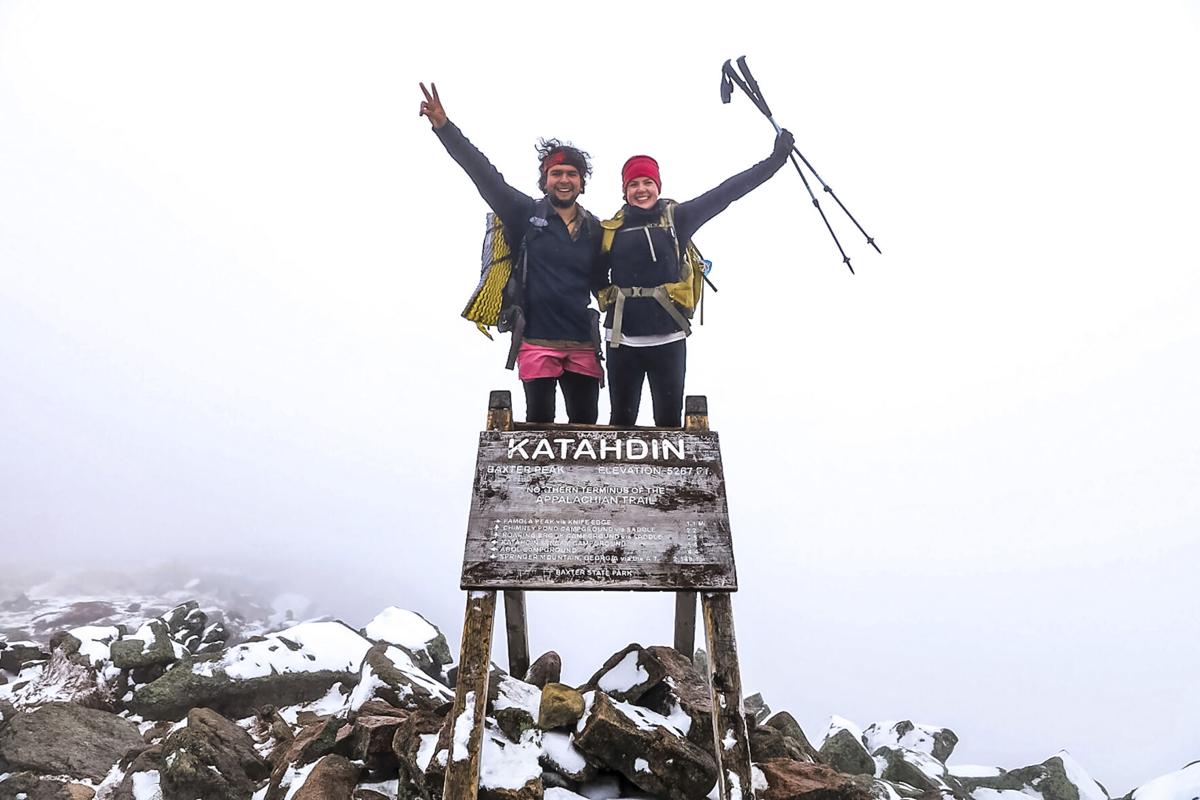 Irving Blanco and DeForest Tuggle celebrate the accomplishment of a lifetime as they hike the full length of the Appalachian Trail.

The trail covers 2,190 miles over 14 states and includes a number of spectacular vistas.

DeForest Tuggle had dreamed of traversing the Appalachian Trail since she was 10 years old, and Irving Blanco decided to go along when she hit the trail.

Irving Blanco and DeForest Tuggle celebrate the accomplishment of a lifetime as they hike the full length of the Appalachian Trail.

Alexander City native DeForest Tuggle, 23, was just a child when she was on a family trip at Mount Cheaha and saw a poster promoting the Appalachian Trail. The trail intrigued Tuggle, and her imagination began to spin its wheels. She always kept the dream of walking the trail in the back of her mind.

Now, 13 years later, Tuggle has just returned home from a dream come true. She embarked on the adventure of a lifetime in the six-month trip with her boyfriend, Irving Blanco, as they traveled across 14 states to hike the 2,190-mile trail.

Tuggle was inspired to put her plans to fruition after she graduated from Auburn University and found herself transitioning from college to adulthood. She needed to clear her mind and make the tough decision of what she wanted to do with her life, so she decided to take the leap and go on the trail she had imagined walking since she was a little girl.

Tuggle told Blanco, 27, about her dream trip early on in their now three-year relationship.

“I told him about the trail pretty early on,” Tuggle said. “From the first day we met, I said, ‘If you want to be serious, I want you know I’m going into the woods for six months at some point.’”

Prior to meeting Tuggle, the trail wasn’t even on Blanco’s radar. But he warmed up to the idea after the two had their first date, which was, fittingly enough, a hiking trip.

“I had zero backpacking experience before this,” Blanco said. “Prior to our trip, the only background I had in hiking and camping was on Lake Martin with some friends and dates with her.”

Now that they’ve returned, Tuggle and Blanco have learned lessons they can apply to life and even have advice for others.

During the arduous journey, the couple said there were trying moments when one or the other wanted to just say “forget it” and go home. But when one was feeling down, the other was right there to bolster the will to go on. Through it all, Tuggle and Blanco came out of the experience stronger than ever with a bond and experience like no other.

“He saw me at my worst,” Tuggle said, “physically and emotionally. Some days I was a complete wreck, but he was always there to encourage me. We definitely learned we could do more than we ever thought possible, not just as individuals but together as a couple too.”

In the end, Tuggle’s goal of wanting to find a career path didn’t necessarily come to fruition, but she may have found something even better. Tuggle said she found peace with letting things fall into place how they may and how to adapt to just go from there. She said she learned how to adjust on the on the fly to whatever obstacle or opportunity life throws her way. The more she tried to plan things along the trail, the more things went awry. Similarly, she said, the more you try to plan every detail of your life, the more you set yourself up for disappointment.

Blanco walked away with a different outlook than Tuggle after the trip and said he believes he has tapped into his more adventurous side, which was always lying dormant somewhere but he never took the steps until Tuggle came along.

“I learned to live a more adventurous life,” Blanco said. “Most people come off the trail completely changed, and I don’t think that was the case with me. I’m a pretty laidback guy so this was different for me, but I do want to go on more backpacking trips after this. I knew deep down I was an outdoors person but never this extreme.”

Tuggle and Blanco encourage others to go after whatever they want in life, whether it’s a lifelong dream, newfound hobby or a bucket list item.

“There’s always the excuse that you don’t have time,” Tuggle said. “Just get out there and do it. There’s always an excuse you can come up with or that you can’t do it, but you can.”

Both are in agreement the best part of the journey was the other backpackers they met along the way, called “tramilies” or trail families. Tuggle and Blanco said they met dozens of amazing people on their journey, including an 89-year-old man who was hiking the trail. Blanco said he found the man’s trip inspiring because it was obvious he struggled at times but he still pushed through.

One of the tramilies they ran into was toward the tail end of the trip, but the impact the family made on Tuggle and Blanco was lasting. It was a group of four kids heading south from Maine and the couple heard them using the phrase, “It’s not about the miles; it’s about the smiles,” which really hit home for both of them and helped them push through the remainder of their trip.

Tuggle and Blanco began their journey on the Appalachian Trail March 8 in Dahlonega, Georgia. The couple was on the trail for three weeks when they reached Franklin, North Carolina. Upon arriving, the two received their first warnings about the coronavirus, and by March 29 they were on their way back home because the trail was shut down, along with towns and shops along the way for backpackers. Blanco and Tuggle reached Hot Springs, North Carolina, before heading home for a short break.

“It was scary,” Blanco said. “We didn’t know anything until we went into the towns; and then, it would be a lot of information at once, so it was overwhelming. We were in Franklin when we heard about the seriousness of the virus. They began to shut down businesses, hotels and whole counties. We were even threatened with tickets from police if we didn’t get off the trail.”

Blanco and Tuggle left the trail and came home for five weeks until the trail and towns along the trail began to reopen. Then they set out once again full-steam ahead on their adventure.

The pair said one of the hardest parts of getting acclimated to life on the trail was the foot blisters from all the walking. Tuggle struggled with blisters not just once, but twice because of the five-week break. She said it’s something you can’t necessarily prepare for beforehand so you have to get used to it. That wasn’t the only obstacle for Tuggle; she also contracted Lyme disease from a tick and was prescribed antibiotics to get her through.

When it came to food, the couple stopped in small towns along the trail to resupply on granola bars, Pop Tarts, peanut butter and instant mashed potatoes. If they were lucky, the local shops would have meals-ready-to-eat packs that were considered a luxury on the trail. And hot sauce was plentiful in the couple’s diet throughout the journey, so foods wouldn’t be boring along the way. They stopped to resupply roughly five days at a time, depending on how low their food supply was.

“At first we carried way too much food, and it dragged us down,” Tuggle said. “Not only are you wasting energy but sometimes the food as well. After a few stops, we worked out the perfect amount – sometimes too perfect, as we’d run out of food as we ran into towns on a couple of occasions.”

Because they ate only when necessary and with all the strenuous activity the two went through on a daily basis, Tuggle lost a whopping 35 pounds on the trip while Blanco lost between 25 to 30 pounds.

When it came time for rest, the couple nestled up in shelters along the path. The shelters were usually separated anywhere from 6 to 12 miles apart from each other. The shelters were three-walled structures with flooring and usually were made of wood. The couple also came prepared with their own 2-pound tents that could be used when shelters were already occupied by another group of hikers.

“At the beginning, we traveled from shelter to shelter because we weren’t acclimated to doing that many miles,” Blanco said.

Occasionally, Blanco and Tuggle stayed in hostels in the mountain towns. This gave them opportunities to wash clothes, take showers and enjoy hot meals – the simple pleasures from home many often take for granted.

Blanco and Tuggle’s advice to inexperienced backpackers is to, first, travel light; and then, get the expensive gear because they said you will end up buying it anyway after the cheaper equipment has failed. And then, take things one day at a time and enjoy the experience and those you are experiencing the trail with.

Irving and Blanco brought cell phones on the trip but rarely used them due to spotty service on the trail. But Blanco brought a camera to record hundreds of hours of footage of the adventure. They have since posted videos of their experience on their YouTube channel called Dee & Irv, with more to come in the following weeks.