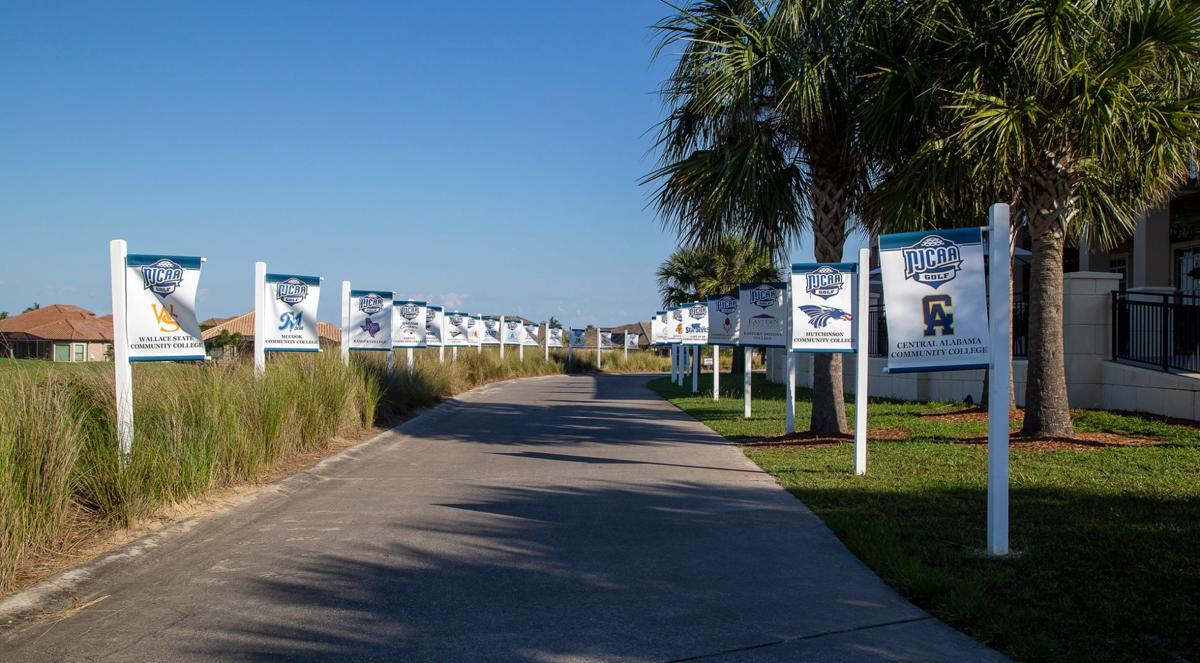 CACC was one of 26 teams to compete in Melbourne, Florida, at this year's NJCAA National Championship. 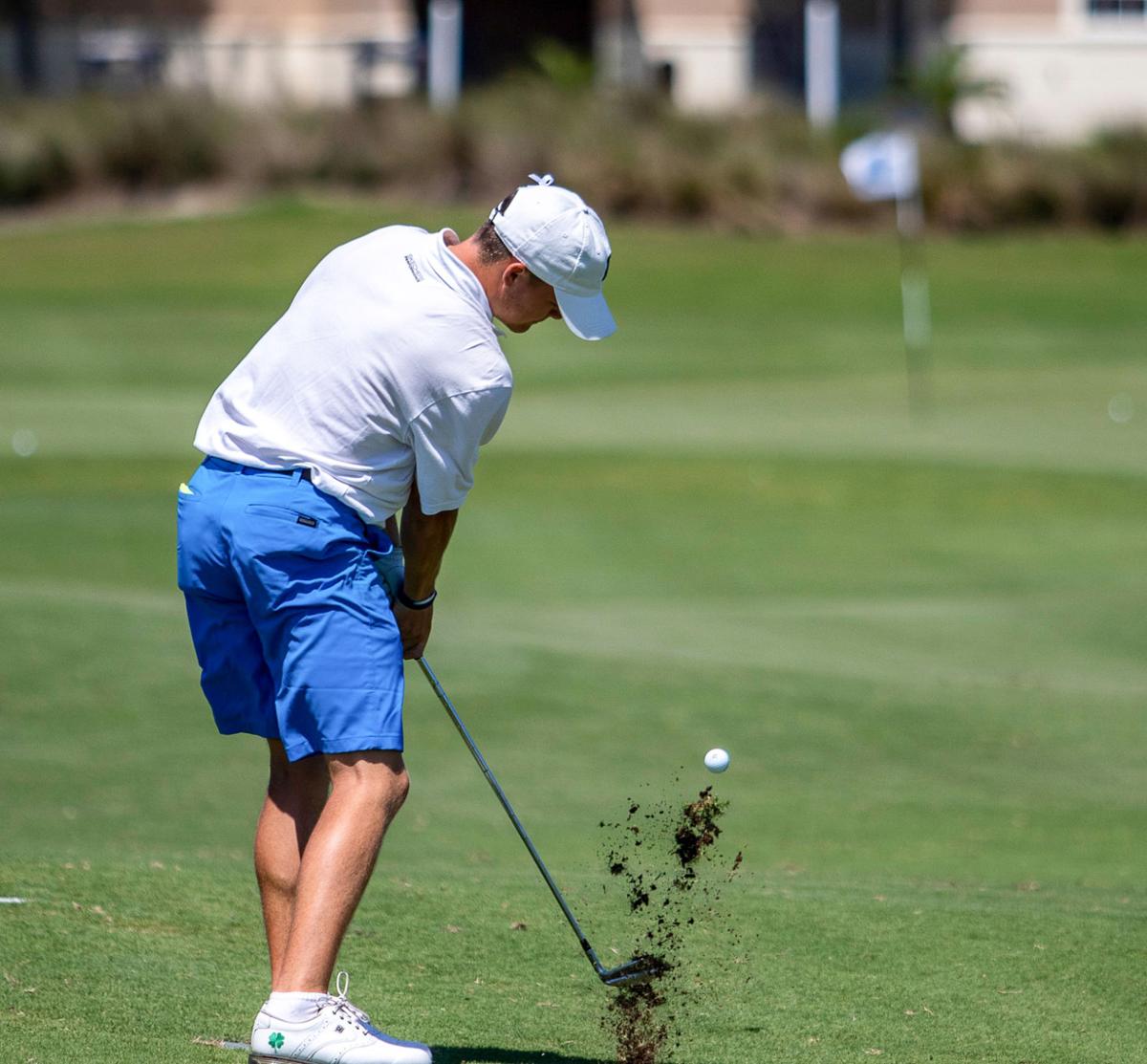 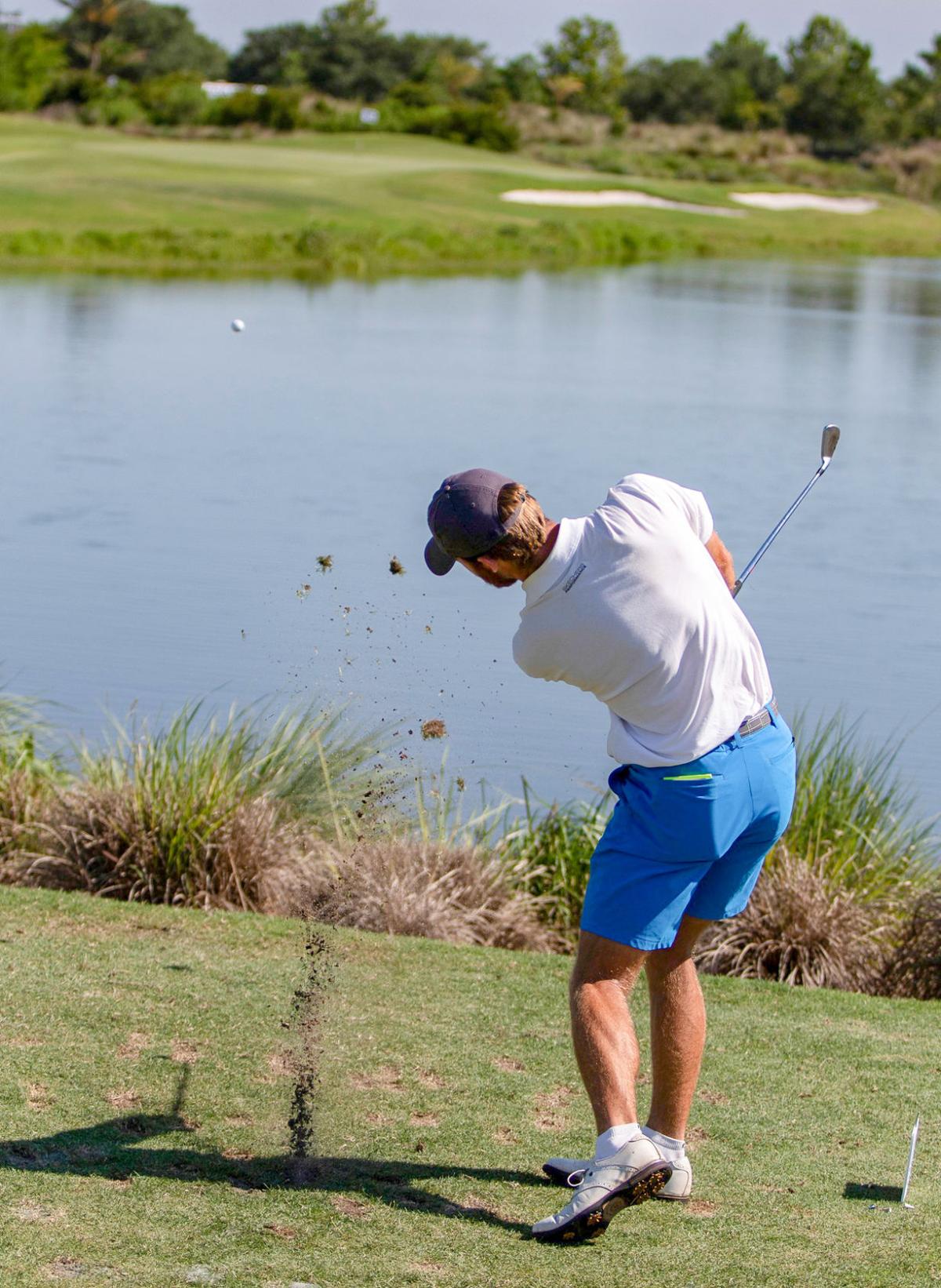 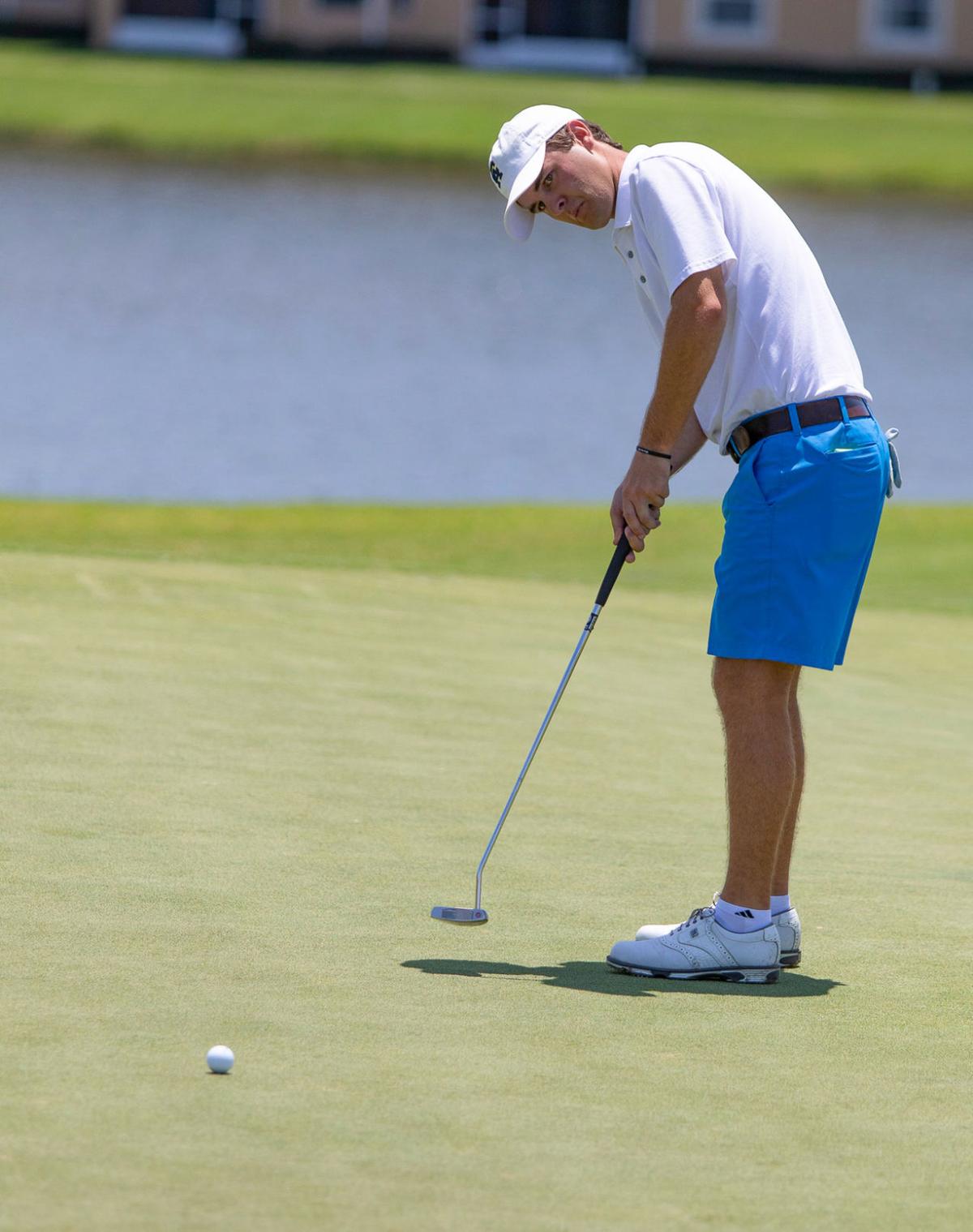 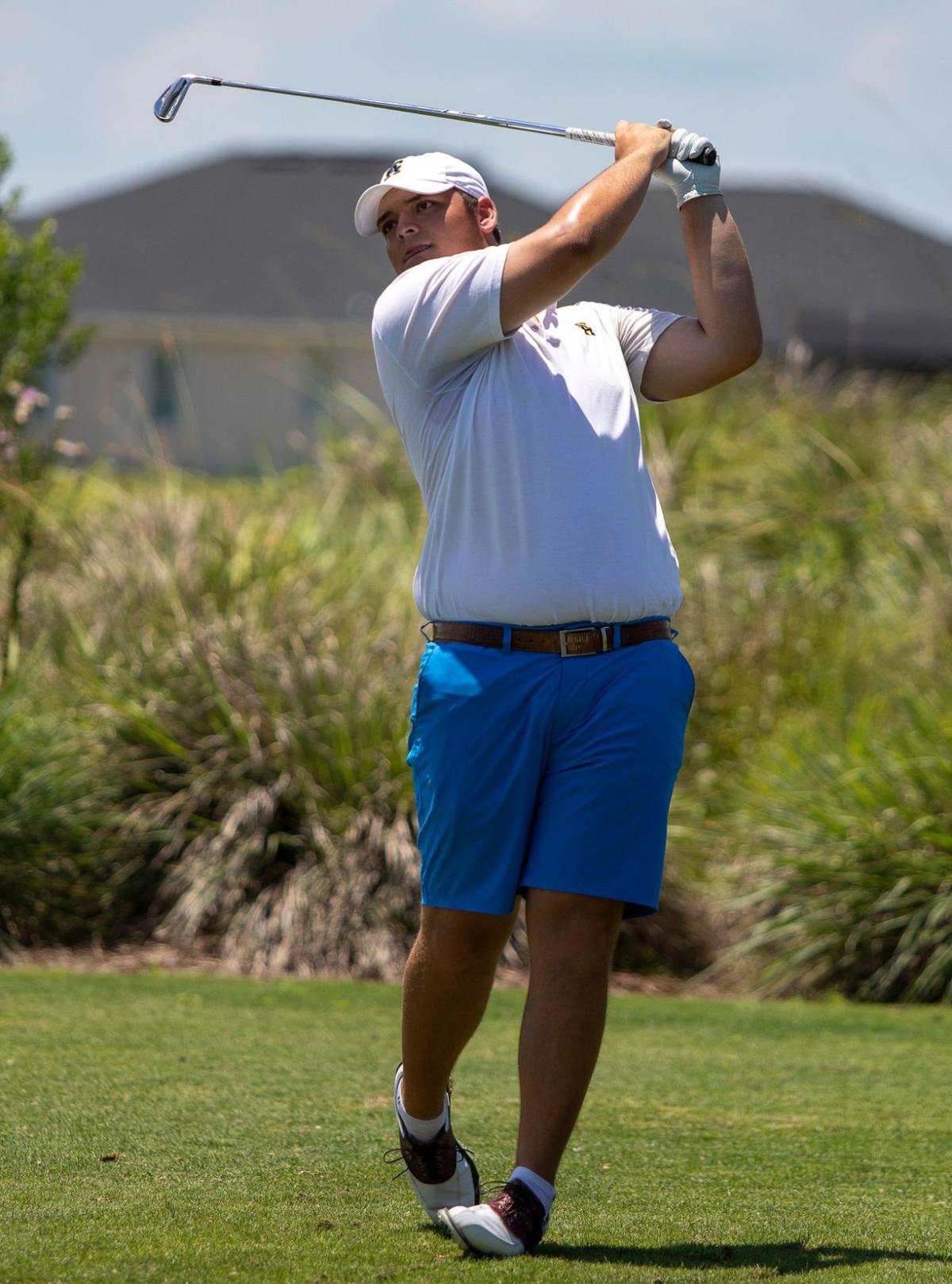 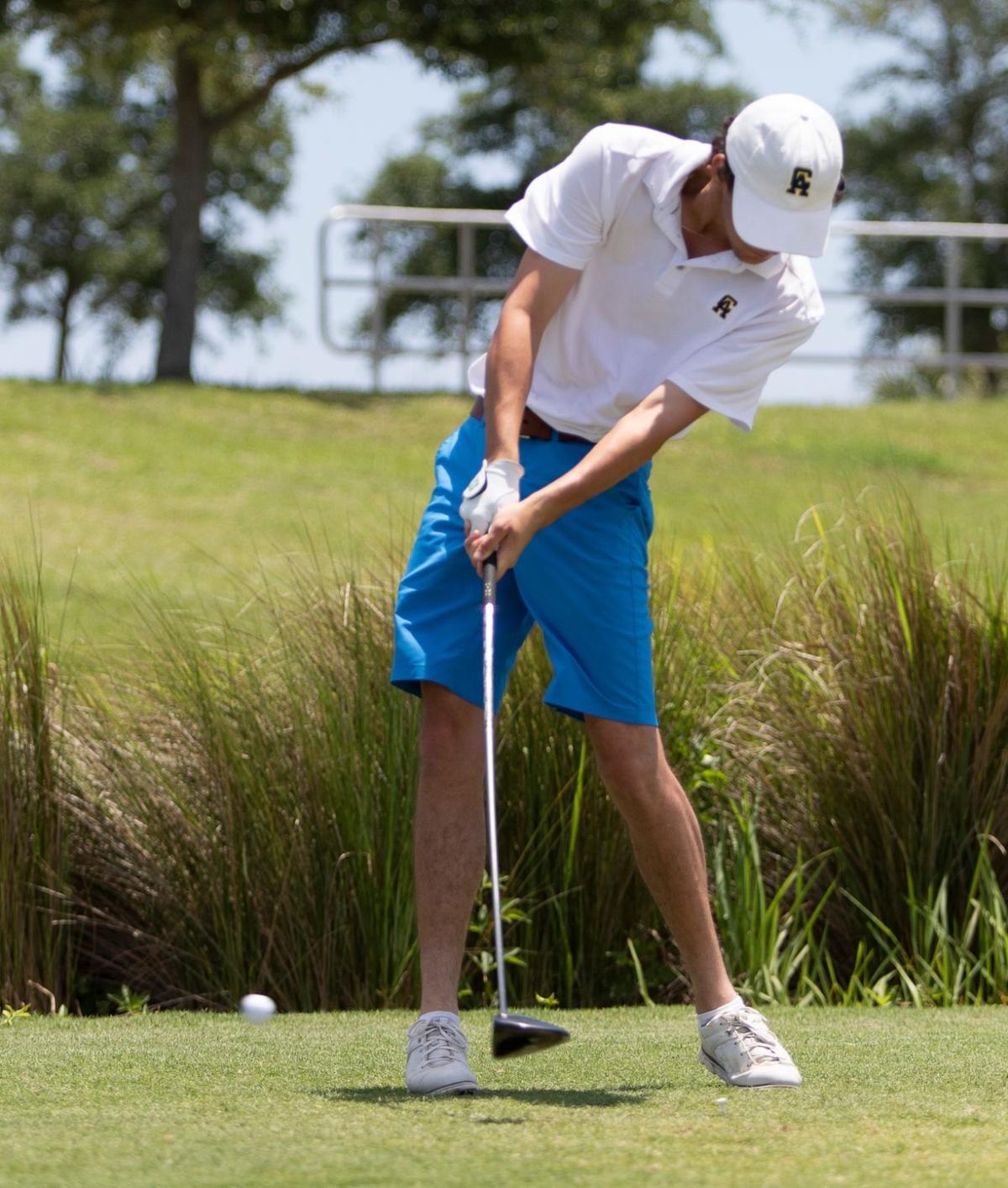 CACC was one of 26 teams to compete in Melbourne, Florida, at this year's NJCAA National Championship.

Just a few weeks ago, the Central Alabama Community College Men’s Golf Team battled to the top in the 2019 NJCAA Men’s Division-I National Championship at Duran Golf Club in Melbourne, Florida. The CACC Trojan Golfers entered the tournament ranked No. 5 in the nation, and there were 24 teams from across the U.S. competing in this year’s championship.

There also were quite a few teams that had viable chances to make runs for the victory. During the practice rounds and the championship banquet, it hit me square between the eyes that my five boys, all from Alabama, were going to have to play their best golf of the year for us to be competitive.

In all other states, other than Alabama, NJCAA Division-1 schools may offer their student athletes full rides to include tuition, books, fees and room and board. They also might offer these benefits to international student athletes. It’s a bit different for Alabama two-year colleges. Junior college athletics here are limited to offer only tuition, books and fees, and the state-funded scholarships may not be given to any student athlete who is not a citizen of the United States of America; however, we are allowed to fund raise to pay partial scholarships to international students.

This limitation for our Alabama schools was not a great disadvantage a few years ago when the NJCAA limited each team to a maximum of 20 percent of its roster as international student athletes. Three years ago, the NJCAA lifted that restriction. Since then, teams in Texas, Kansas, Iowa, Florida, New Mexico and Arizona have been loading their rosters with international student athletes.

I believe that we should be giving our young American student athletes at least the first opportunity before looking abroad; however, it has been a wonderful, eye-opening education to golfers in the years when CACC had an international student athlete on the team. My boys became more knowledgeable about the real world, which in my opinion, is the number one advantage to bringing in a large number of international student athletes. If young men or women are going to leave their homes, countries, families, friends, familiar fooda and surroundings, they are usually going to be extremely focused and dedicated to the task at hand.

In this championship, we played a textbook four-day event. Solid golf was played the first two days of the tournament, shooting 6 under par; then, 7 under par the second day. This -13 score would have run away with last fall’s championship preview by 18 shots but not in this tournament. CACC Trojans were 13 strokes behind mid-tournament leader New Mexico Junior College; 11 behind No. 1 ranked Indian Hills Community College; and 1 stroke behind Midland College.

For the third round, CACC had a late tee time, but I still woke up at 4:45 a.m. I suffer from old-man’s disease (I can’t sleep in). While power drinking a few cups of coffee outside of the hotel that morning, I felt that I needed something to help the boys pull together and make a big push in the third round. I drove to the local Walmart, and after a 45-minute search for something/anything, I came across some silly Harry Potter squeeze ball key rings – and I bought them.

A few hours later, I pulled the team all together. I reminded them that day three of a four-day tournament was indeed “moving day,” and if we were to have a chance at winning, we would have to make a major move today. I told them they are as good or better than all of the competition in this championship and that God was always with and looking out for them.

But today, we needed some additional help. I had put the various colored Harry Potter squeeze ball key rings in a bag and had my players take one to put on their golf bags. The idea was that each time they hit a good shot, I told them to squeeze that ball and say, ‘That’s for the team.’ If they hit a bad shot, squeeze the ball and move on. From time to time, squeeze the ball and know that each teammate is grinding it out for each other today. As we drove off to the golf course, I couldn’t help but wonder to myself if this was the silliest or one of the best ideas I’ve ever had.

For whatever reason, our boys came out with guns blazing in the third round. These five boys from Alabama, as a team, tore up Duran Golf Club. They finished with a team total of 15 under par for the day and moved from fifth to second place. CACC was now trailing the lead team Indian Hills CC by only one shot.

Final rounds always give odd feelings in athletes’ guts. At least it does for the ones who care. Even with nerves running high, my boys kept it together and believed in themselves and each other. By hole 12, we had moved two shots ahead of Indian Hills, while New Mexico and Midland were drastically falling back.

On the 13th tee, I reminded my boys what we have been working on so hard over these past few weeks: Stay in the present. I felt if we focused on the shot in front of us and did not falter, the opposition would take care of our problems for us. Sure enough, CACC played solid golf, and the other teams began to press. We ended up finishing the final round shooting 8 under par and winning the National Championship by 13 strokes.

This was a great tournament for CACC golf and marks its seventh National Championship. This is the most of any NJCAA team in Division-I since they split divisions in 1990. Had it not been for a scorecard mishap in 2010, it would have been our eighth, but I am not going to dwell on that.

Jack Poole (second), Owen Burt (third) and Caleb O’Toole (fifth) all finished as First Team All-Americans. Love finished tied for 30th, and Moncus tied for 56th out of 116 golfers in this tournament. I was fortunate to earn NJCAA Division-1 Coach of the Year honors.

Upon our return to Alexander City, our Dean of Students Dr. Sherri Taylor and our Athletic Director Kathleen Thompson had put together a nice group of friendly faces with a lovely homecoming.

It’s no secret Central Alabama Community College golf coach Dave Jennings has a lot of connections. The man is in three separate halls of fame…