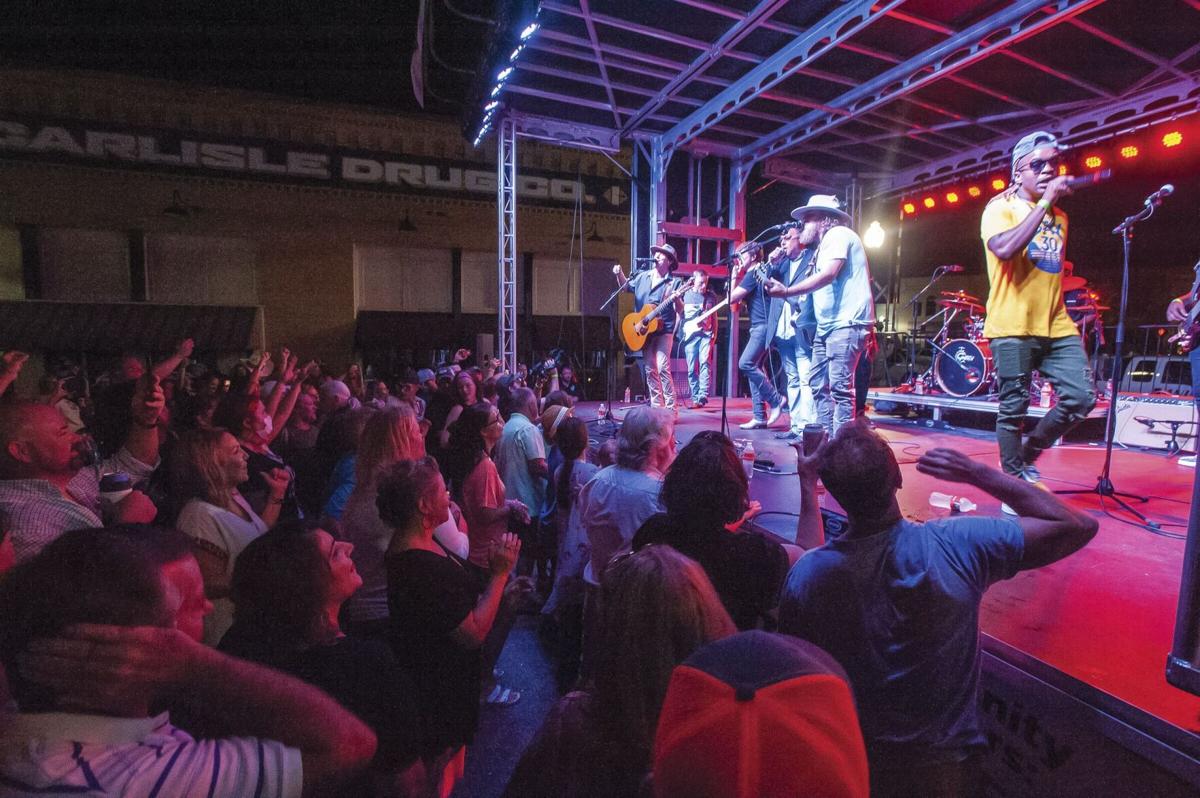 The Wilson Brothers were joined on stage by Jason Tapley, Bo Jones, Charlie Argo, Tre' Cinco and ATK for a reprise of the song they all recorded together. 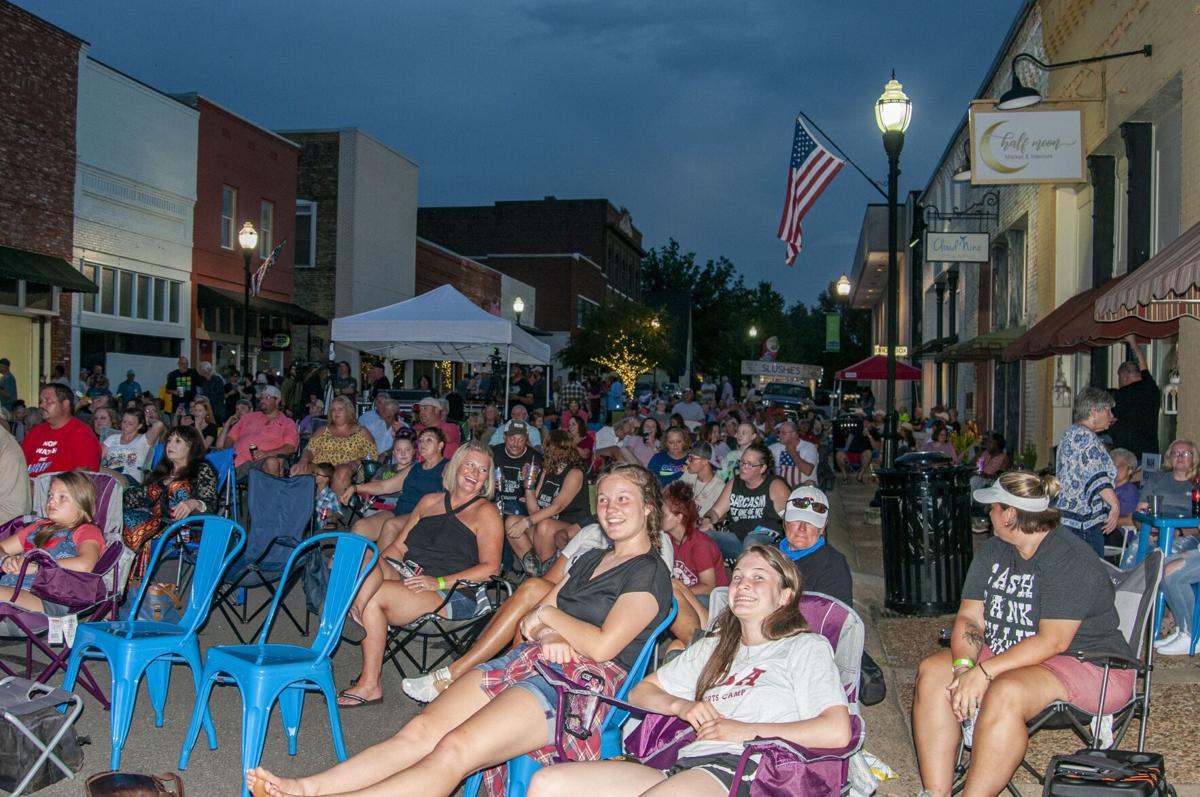 A crowd gathered on Main Street, for the free concert.

The Wilson Brothers were joined on stage by Jason Tapley, Bo Jones, Charlie Argo, Tre' Cinco and ATK for a reprise of the song they all recorded together.

A crowd gathered on Main Street, for the free concert.

Main Street in Alexander City teemed with end-of-summer fun Aug. 29 when hometown musicians, including two-time country duo of the year, the Wilson Brothers Band, performed a live concert in the street.

“We had estimates of between 300 and 500 people here,” said Main Street Alexander City Executive Director Stacey Jeffcoat. “There were people from Georgia, Florida, Louisiana, Tennessee. This was a really good thing for our community.”

Jeffcoat said she was particularly pleased with the diversity of the concert crowd.

“People of all ages and races were here, everybody together; all ages. There were people that might not ever come downtown, and they all had a good time,” Jeffcoat said.

Jason Tapley, Bo Jones, Charlie Argo, Tre’Cinco and ATK took the stage with individual sets, starting at 7 p.m., and all of the performers joined the Wilson Brothers Band at the end of the concert to perform the multi-genre tune, A Little Love, which was recorded as a music video with the musicians in the concert.

Several months ago, the Wilson Brothers approached Jeffcoat about recording a video in town, and she suggested Main Street as the perfect location. Jeffcoat took the idea to Mayor Tommy Spraggins, Alexander City Police Chief Jay Turner and downtown merchants. After the performers made the music video, they were so excited about the collaboration that they decided to do a concert on Main Street for the community.

“They just thought this would be a really good way to share the love and give back to our community,” Jeffcoat said.

After months of planning, the concert originally was set for July 17, but it was cancelled when local COVID-19 numbers were on the rise.

“We postponed it until Aug. 29, hoping the numbers would come down some, and they did,” Jeffcoat said.

A food truck was on site, and local restaurants remained open during the early part of the concert.

“Ocie and Belle’s had a bar available. Fermenter’s was open and J.R.’s. Our downtown restaurants all had a really good night,” she added. “Part of the process was that we wanted people to patronize our downtown local restaurants.”

In addition, Jeffcoat obtained permission for patrons to bring coolers to the event.

“This was the first time we have asked for that, but with COVID-19, we wanted to give people that option to help them social distance,” she said.

Natives of Alexander City, Chad and Kyle Wilson expressed interest in making the concert an annual event, Jeffcoat said. The idea is being discussed.

In the meantime, upcoming Main Street Alexander City events downtown include Bingo under the Stars on Sept. 24, a poker walk and downtown trick-or-treating in October, as well as a monster street bash and costume contest on Halloween night.