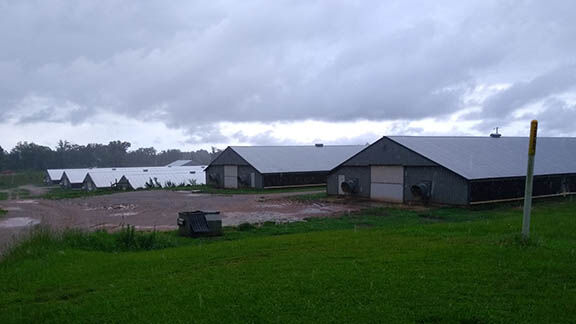 Inspection and permitting of commercial animal feeding operations like this one above Lake Martin may shift from a federal program to ADEM on Dec. 11. 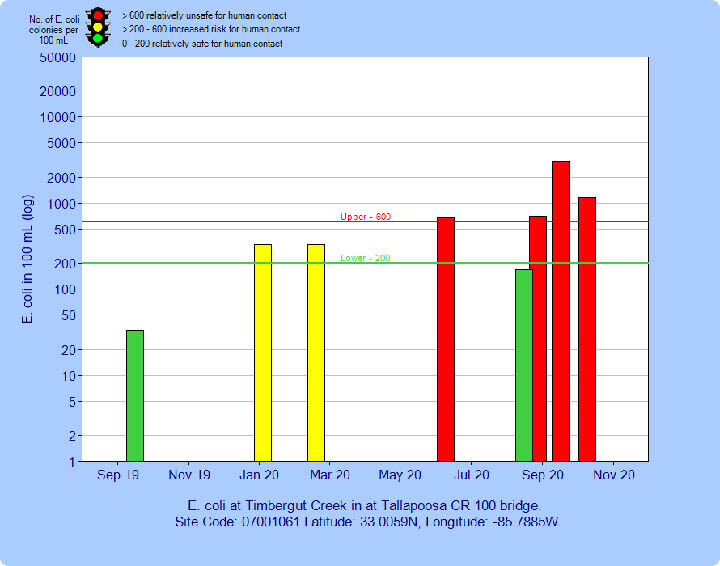 Inspection and permitting of commercial animal feeding operations like this one above Lake Martin may shift from a federal program to ADEM on Dec. 11.

Lake Martin stakeholders have launched a letter writing campaign to stall action that they say could pose a threat to water quality, but Alabama Department of Environmental Management officials contend the proposed action could provide better oversight than current measures.

Last week, Lake Watch Lake Martin President Eric Reutebuch and Lake Martin Resource Association President John Thompson encouraged their organizations’ members to protest the approval of a statute amendment scheduled for Friday, Dec. 11, that would change inspection and permitting regulations for commercial animal feeding operations (CAFOs), commonly known as commercial chicken houses. The amendment would change inspection and permitting oversight from an annual program under the federal government to a five-year inspection requirement by ADEM at the state level.

Reutebuch said Lake Watch Lake Martin calls for a number of safeguards to be in place before this or similar legislation is approved, including: protections against nutrient, chemical, organic matter and pathogen loading into Lake Martin; assurances that ADEM inspectors will fill the void of CAFO inspections created by this legislation; a regulation that all poultry CAFO waste should be composted before land application; a ban on land application of CAFO waste in the Lake Martin watershed; a one-year moratorium on construction of new poultry production facilities above the lake to allow testing and analysis of poultry production’s effect on Alabama’s only Treasured Lake; a closer review of the proposed amendment to close loopholes; and more effective public notices.

He said the Lake Watch board of directors has called on membership to smother the Alabama Environmental Management Commission with letters requesting that approval of the pending legislation slated for Friday be tabled until a satisfactory regulation system is written at the state level. LMRA also has taken an official stance and asked its membership to write letters urging a stall to the change.

“This major proposed amendment changes oversight from the federal government to a proposed state regulatory system that we don’t even know what it’s going to be yet. It’s not written concisely. If the chicken industry switches to a new state system and wanted to challenge it, it is full of holes,” Reutebuch said. “We want to slow this train down. We want them to write out the alternative; and then, let’s vote on it.”

ADEM Director Lance LeFleur in a telephone interview on Monday said the change could actually result in more frequent inspections by ADEM personnel that could yield more applicable information.

Generally, federal agents do not personally inspect CAFOs, LeFleur said in a statement issued prior to the telephone interview, but instead, qualified credentialed professionals are hired by the CAFO owners, i.e. chicken processing corporations or farmers, to perform the annual inspections and send reports to ADEM.

In the interview, LeFleur said CAFO owners frequently have the opportunity to correct violations prior to the filing of a QCP report.

“We have to review those reports, and that review process in not fast. There are 1,000 CAFOs throughout the state,” LeFleur said.

Lake Watch officials want to include oversight and inspection accountability in the regulations.

“If we get it on a five-year basis, that time becomes available to increase our inspections. We anticipate that our inspection count will go up by 100 to 200 inspections a year,” LeFleur said. “The move to a five-year report means we can use those people to get out in the field, adding more value than when they are reviewing reports.”

In addition, ADEM inspections could be conducted unannounced while QCP inspections are made by appointment, he said.

Unannounced inspections, LeFleur’s statement read, would allow ADEM inspectors better awareness of operational deficiencies prior to them being corrected by QCP inspectors. The state permit keeps in place all of the water quality protections afforded by the federal permit program, and the state permit is fully enforceable by ADEM.

“We have what we believe is a better way to protect the lake, and our history is that we have been protective of the lake,” LeFleur said. “The future looks brighter, not dimmer, because of this rule change.”

But Lake Watch is calling for bans or limitations on land application of chicken house wastes, as well as a moratorium on new construction until testing of existing sites could be done.

“We are sampling and testing waters in four critical streams flowing out of the chicken-producing area. We’ve gotten really high E. coli measurements in these streams. It is not a good time to de-regulate if you are dealing with an issue. If anything, they should up the regulations instead of de-regulate,” Reutebuch said.

Studies have not been conducted to determine the actual source of the contaminations.

LeFleur said it is not within ADEM’s authority to halt construction of CAFO facilities anywhere in Alabama; the agency is tasked with regulating CAFOs wherever they are located.

“Local zoning laws determine where a business can be located. Whether next door to an elementary school or 10 miles from the nearest home, the same environmental restrictions apply,” LeFleur said. “Wherever a CAFO is located, it has to comply with local regulations.”

Changes to the regulations, such as increasing buffer zones, would have to show substantial improvement beyond the existing regulations, he said.

“The 100-foot buffer has proven to be a sufficient buffer. We don’t get the improvement in protection beyond 100 feet,” LeFleur explained.

“ADEM worked closely with Lake Watch to get the TAL designation. We are the same people that have been regulating these CAFOs for 20 years. If somebody is not doing what they’re supposed to do, an inspection catches it. Once we catch it, it stops,” LeFleur said. “Our objective is to protect the environment and human health. If we can increase inspections, that is a win.”

LeFleur said inspection efforts would be focused first on designated or classified waters in Alabama, such as the Treasured Alabama Lake, Outstanding Alabama Water and Public Water Supply.

LeFleur’s family has had a presence on the lake for more than 50 years, so his concern for Lake Martin is personal, he said.

“I want to assure my fellow lake residents, as well as all Alabamians, that ADEM is committed to rigorously enforcing CAFO regulations and protecting the lake and all our precious water resources across the state,” LeFleur said.

He added that he is glad Lake Watch volunteers closely monitor the water quality on Lake Martin.

“When Lake Watch says there are indications of rising contamination, we pay attention to it. But we can’t use their information. We have to do it ourselves,” he said.

ADEM’s objective is to improve the oversight, LeFleur said.

In the issued statement, the director said ADEM doesn’t normally address in the media regulatory rule changes during the rule-making process, but the agency already had received dozens of letters from Lake Martin residents weeks after the comment period on the proposed rule changes had closed.

“The fact is, the public and Lake Watch members were given ample notice of the proposed rule changes and ample opportunity to comment on them,” LeFleur’s statement reads.

Reutebuch said the regulation change was a surprise to lake area advocates, as the nonprofit organizations received no notification of a public hearing that was held last month.

“It was out of the blue. If not for the sharp eyes of one of our board members, who scoured the ADEM website and found it, nobody would have even known about it. We didn’t get any notification about it,” Reutebuch said.

Tallapoosa Publishers editors and writers often receive ADEM press releases and notices but did not receive any information from ADEM on the pending rule change until the comment period had already closed. TPI reporter Cliff Williams said he had difficulty finding the notice on the ADEM website, even after he knew it had been posted.

LeFleur said public notice was provided through advertisements placed in Montgomery and Birmingham newspapers, among others, but no advertisements were placed in TPI publications to which lake area residents and property owners subscribe.

Letters requesting the above safeguards could be addressed to the Alabama Environmental Management Commission via email to the attention of Debi Thomas, executive assistant, at aemc@adem.alabama.gov.

In addition, members of the public may be present at the commission meeting at 11 a.m. on Friday, Dec. 11, at the main hearing room in the ADEM Building at 1400 Coliseum Blvd., Montgomery. To speak at the meeting, visitors must sign the sign-in sheet at least 10 minutes before the meeting begins. Speakers may be allowed three minutes to address the commission.

Poultry is Alabama’s No. 1 agricultural industry, according to the United States Department of Agriculture, and per the Alabama Poultry and Egg Association, poultry accounts for 65 percent of annual farming revenues.