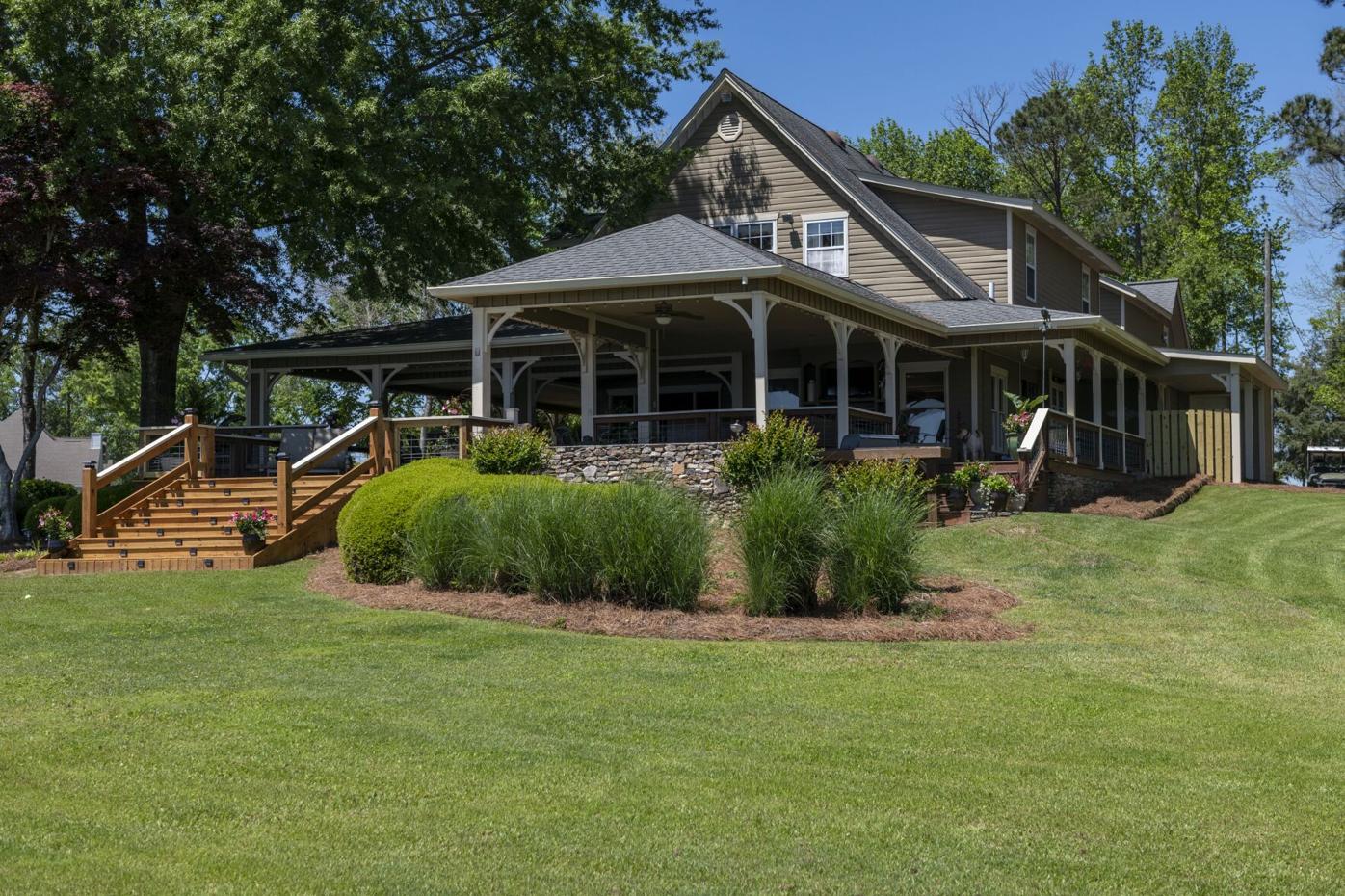 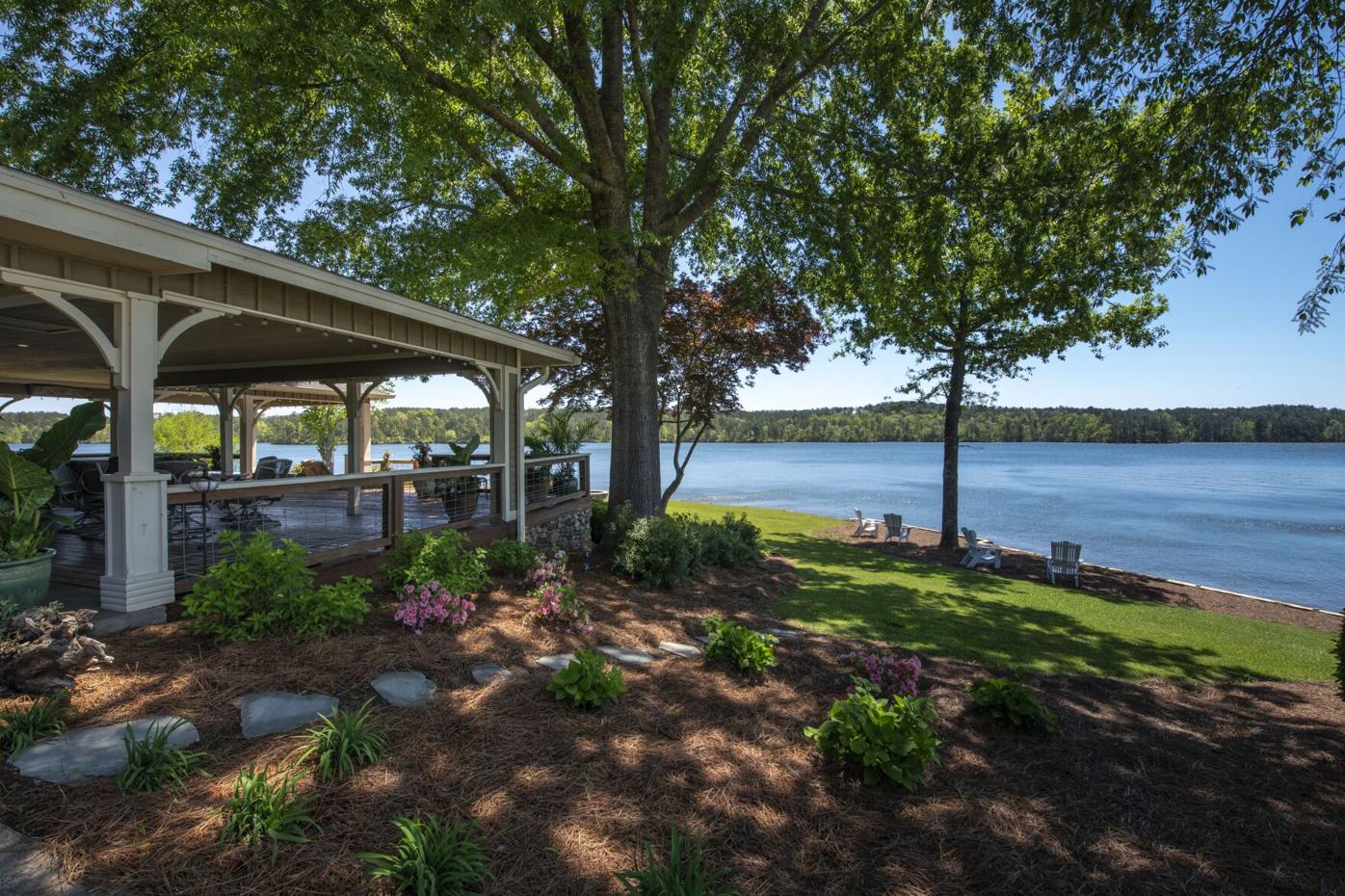 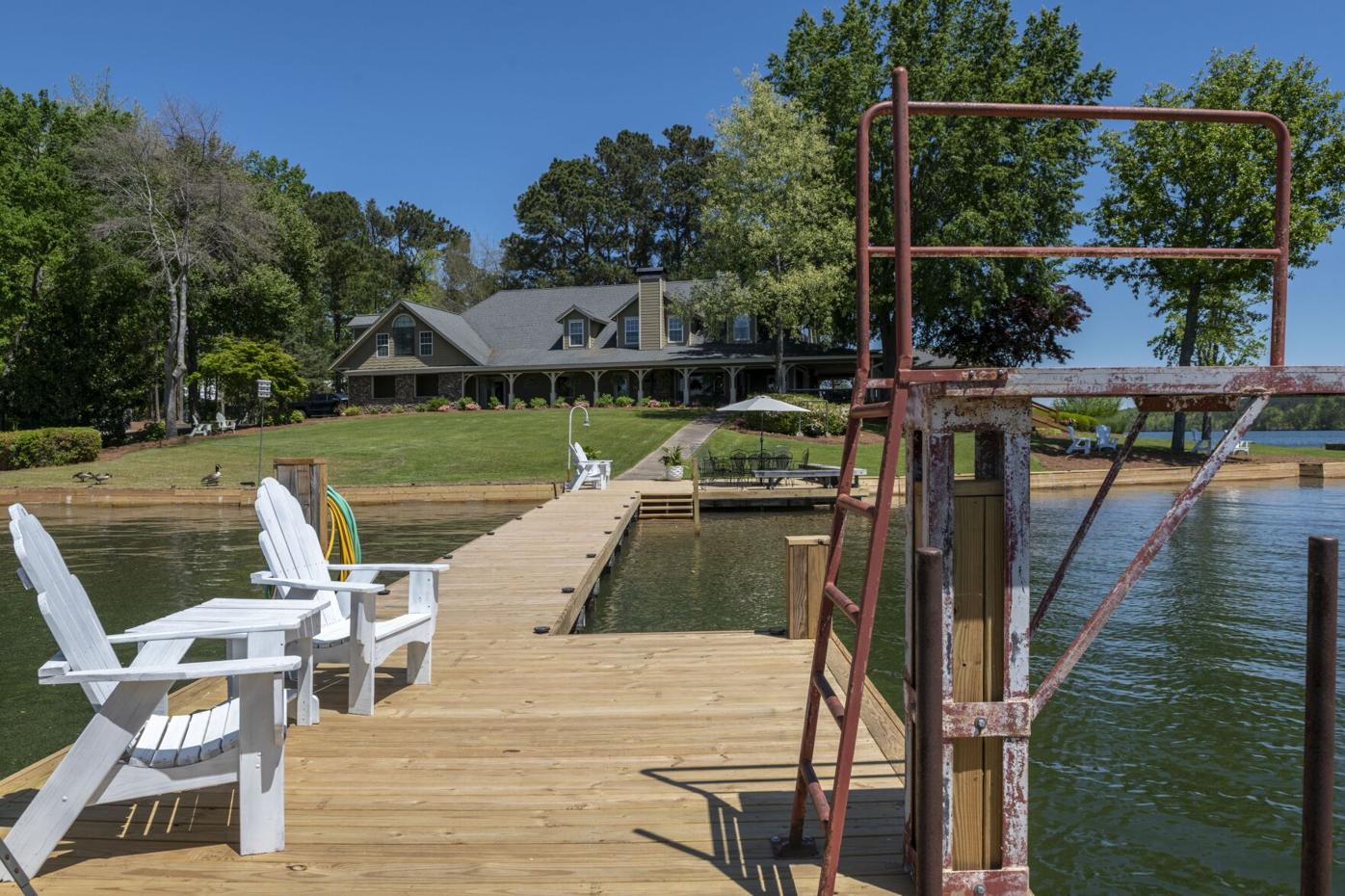 The diving board on the dock is a popular hangout 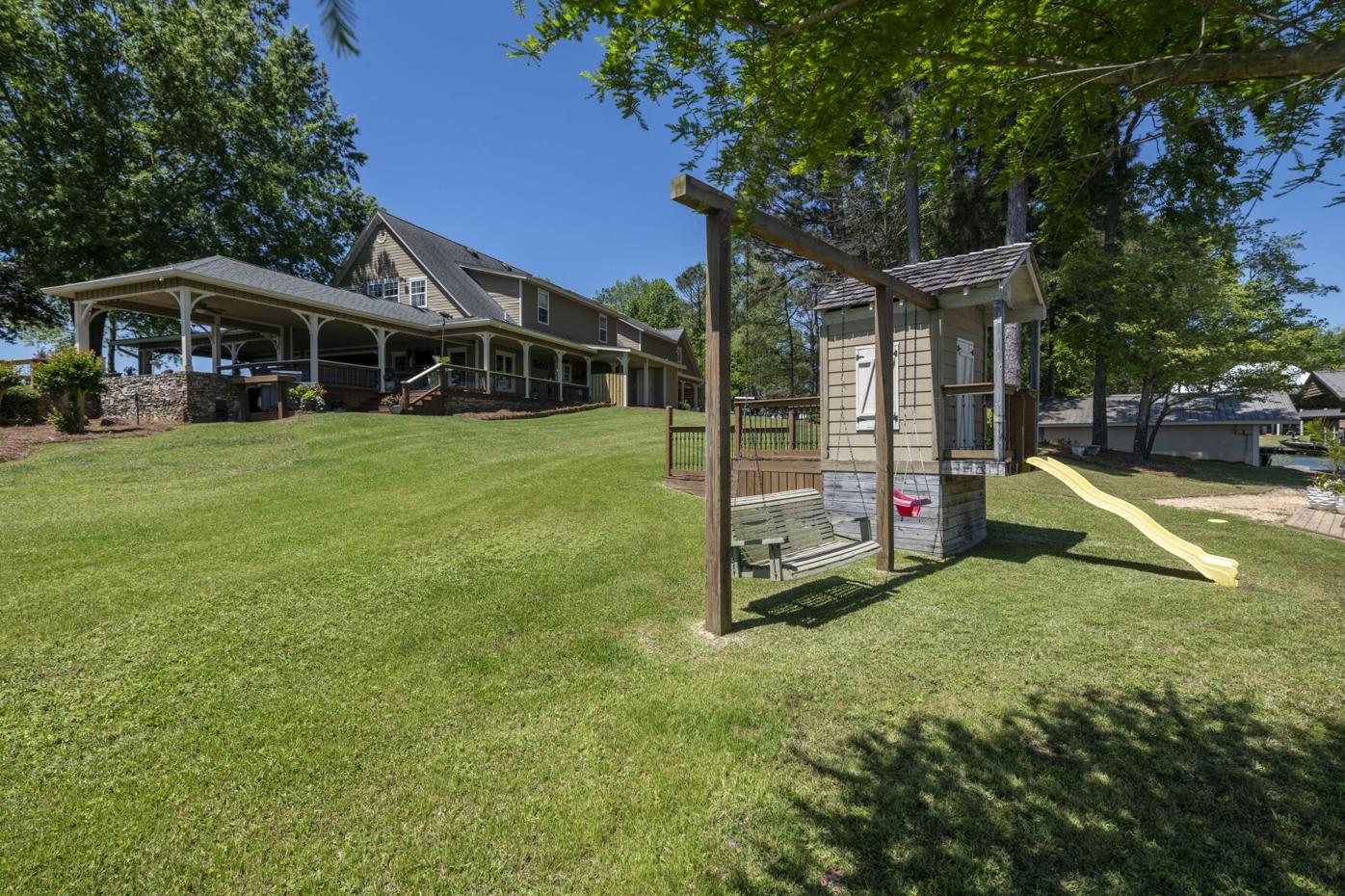 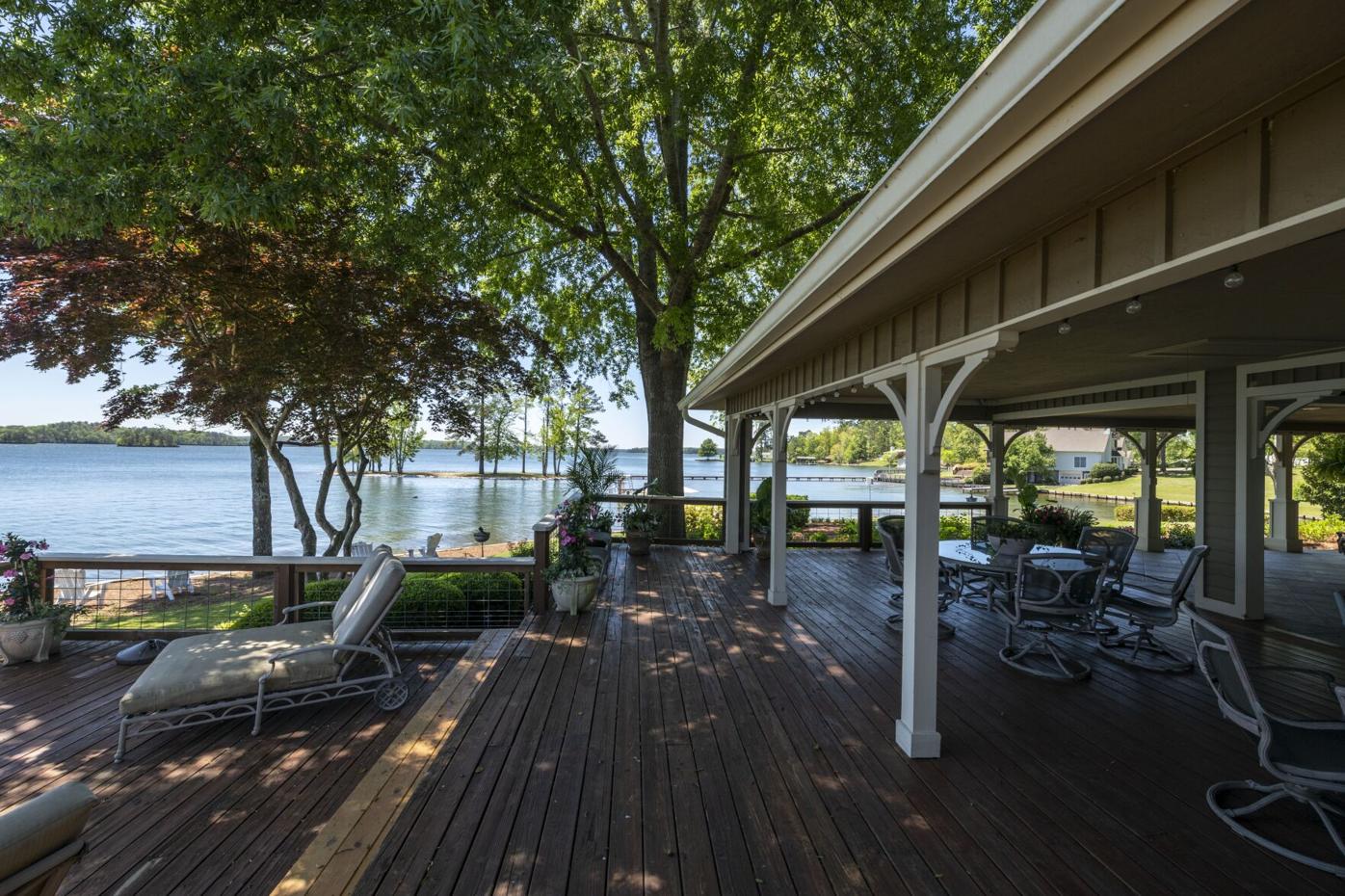 The deck is a great entertainment space 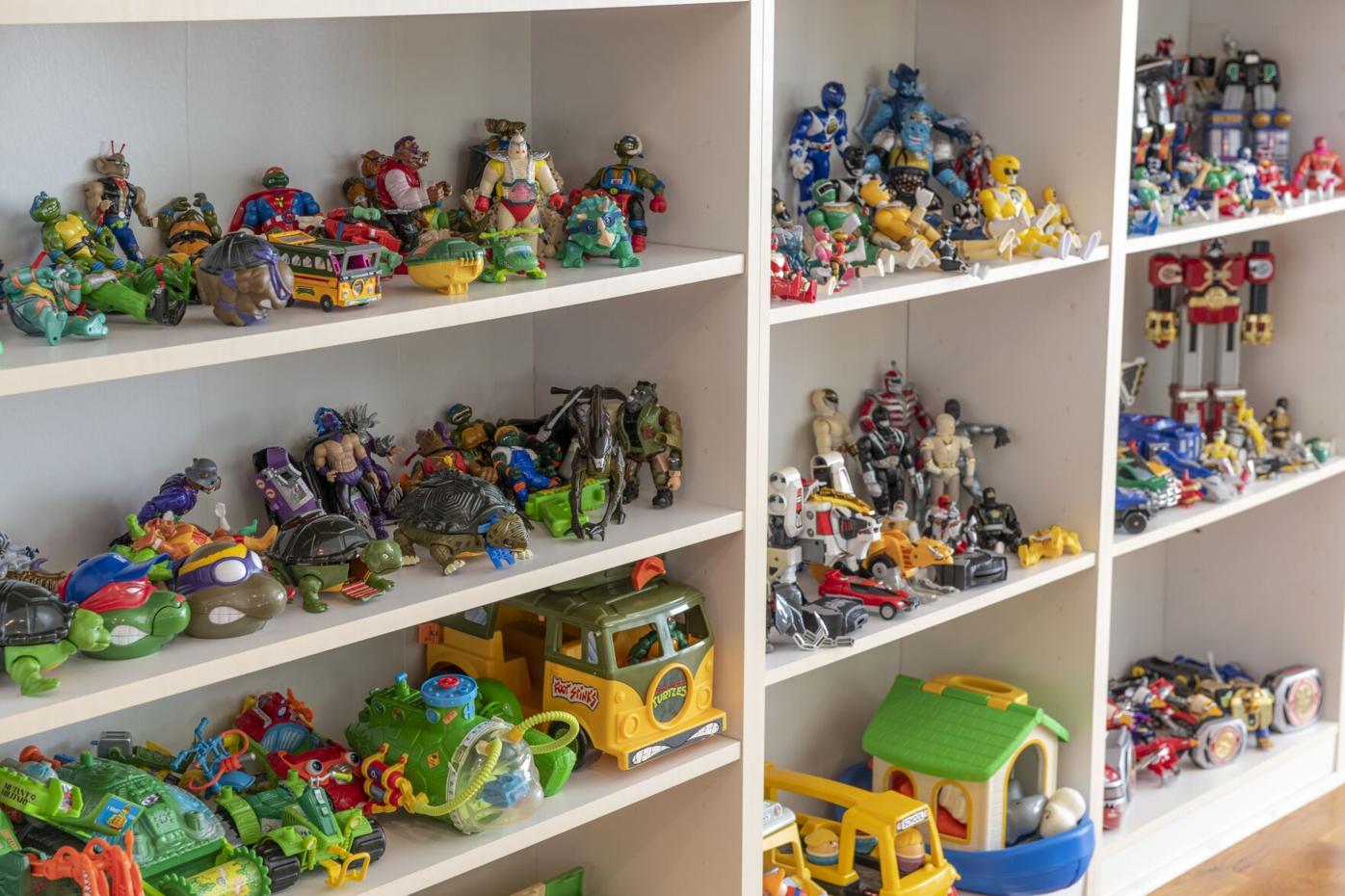 Steve Jr.'s action figures are ready for the grandchildren 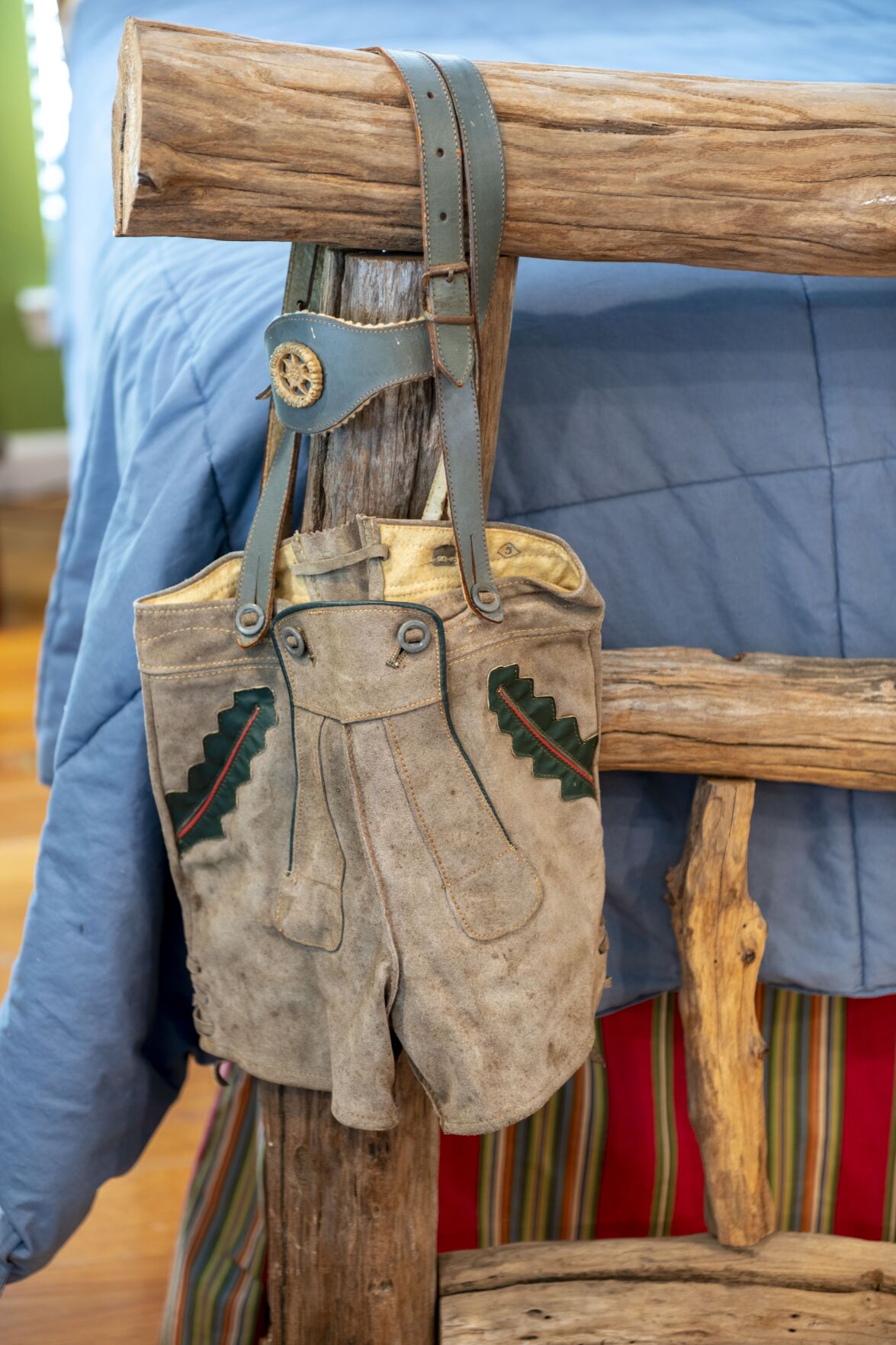 Fuller's father found the Lederhosen when he was stationed in Germany 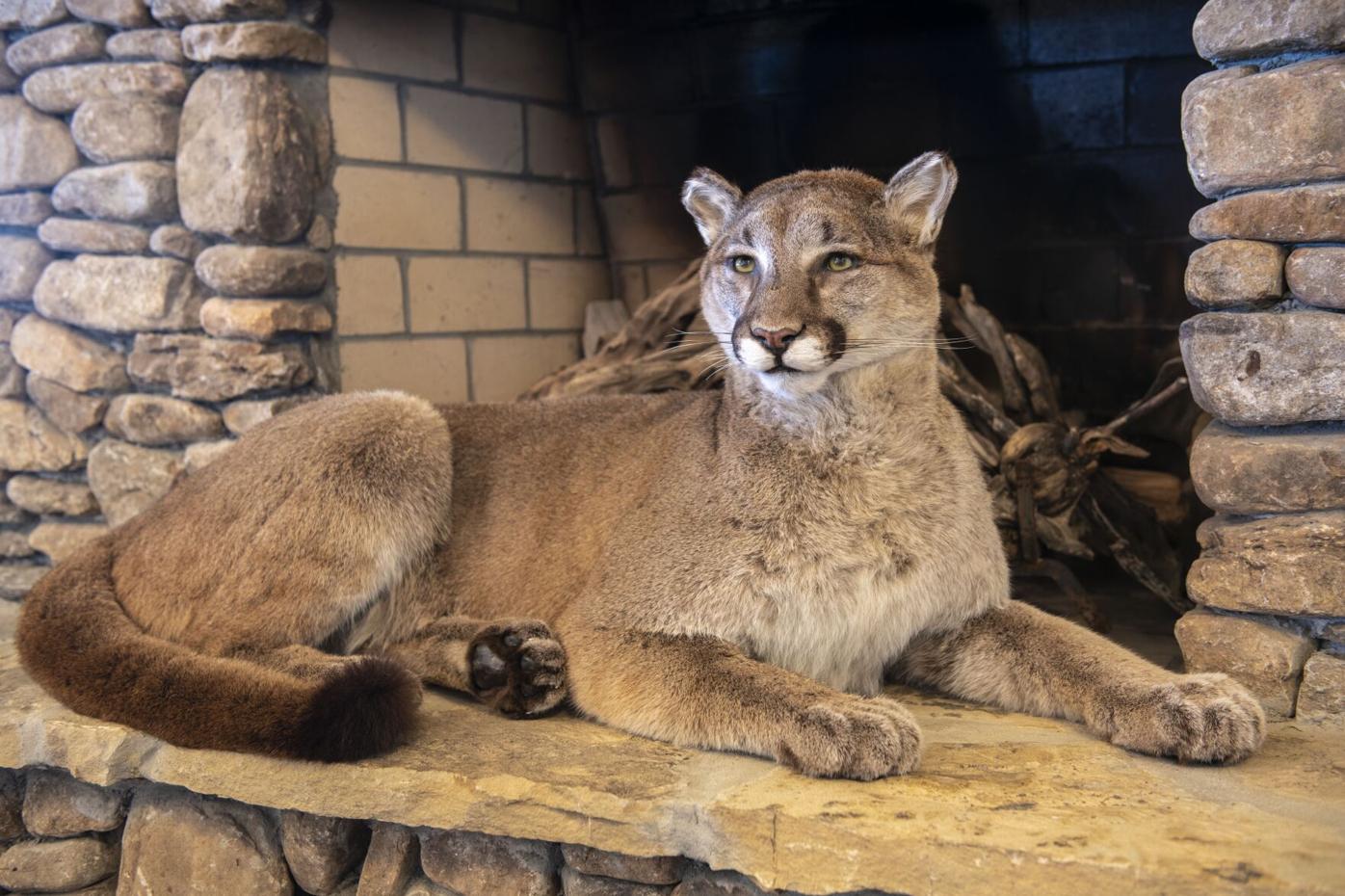 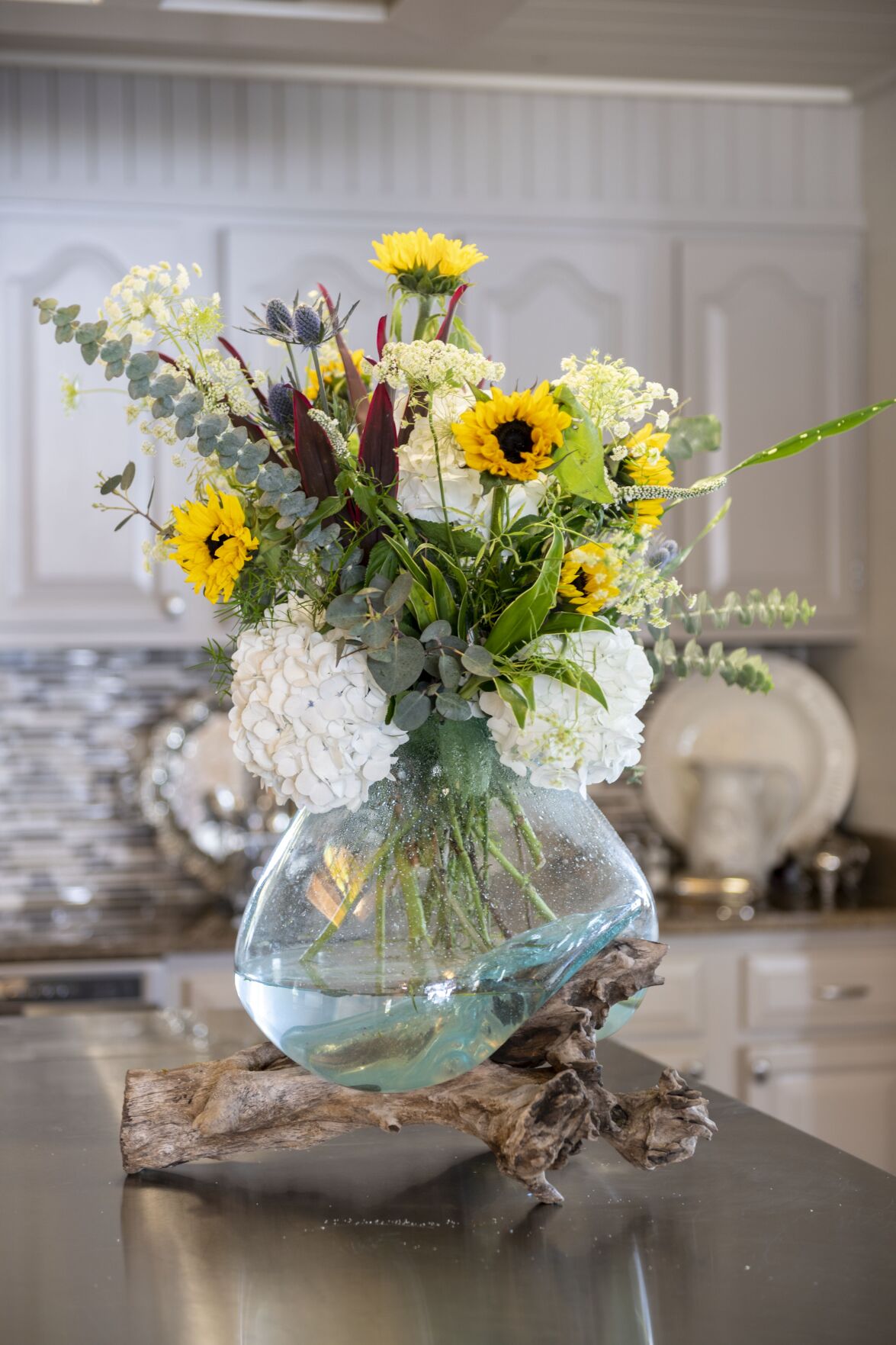 Fresh flowers spring from a glass vase poised on driftwood 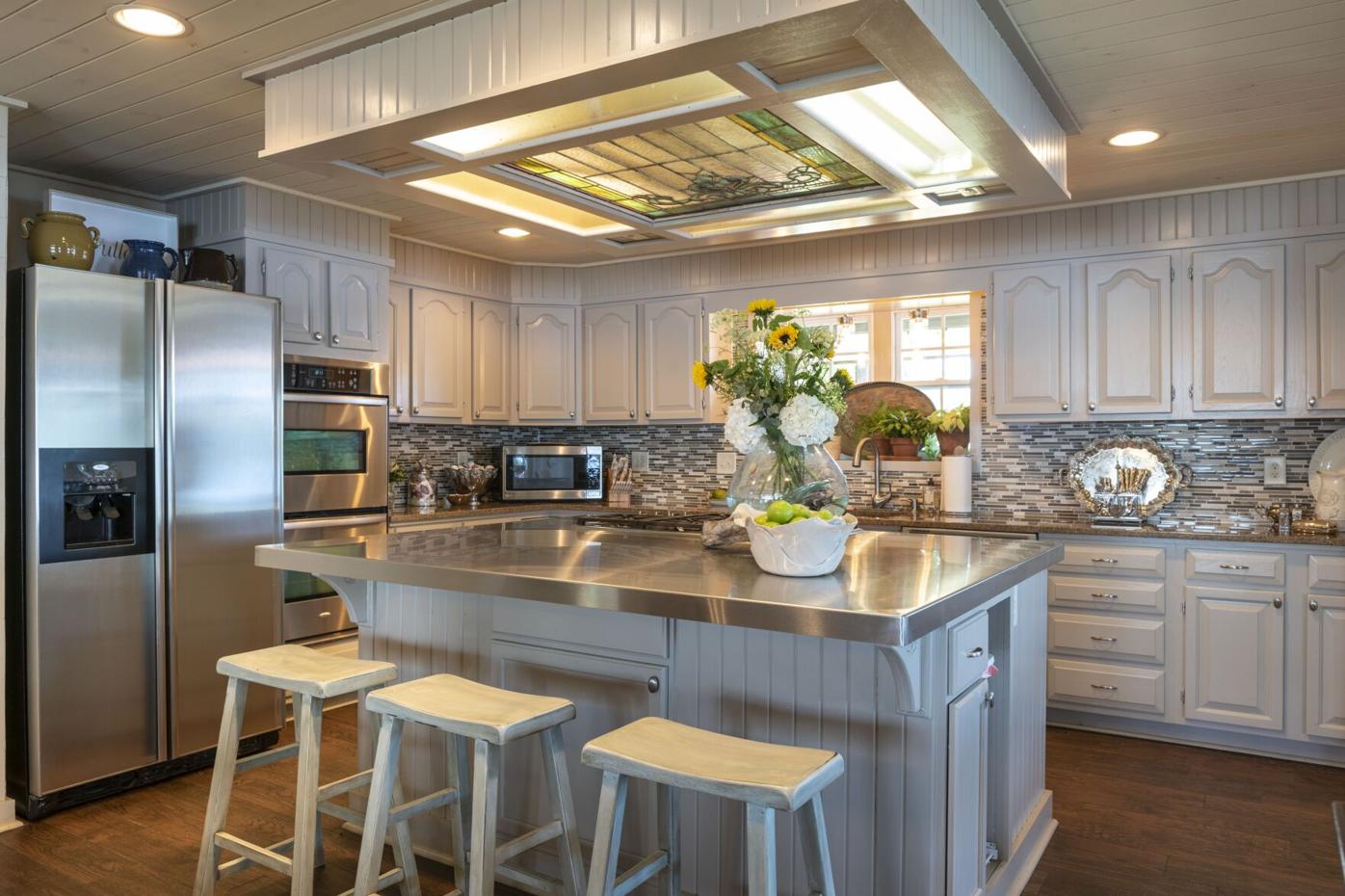 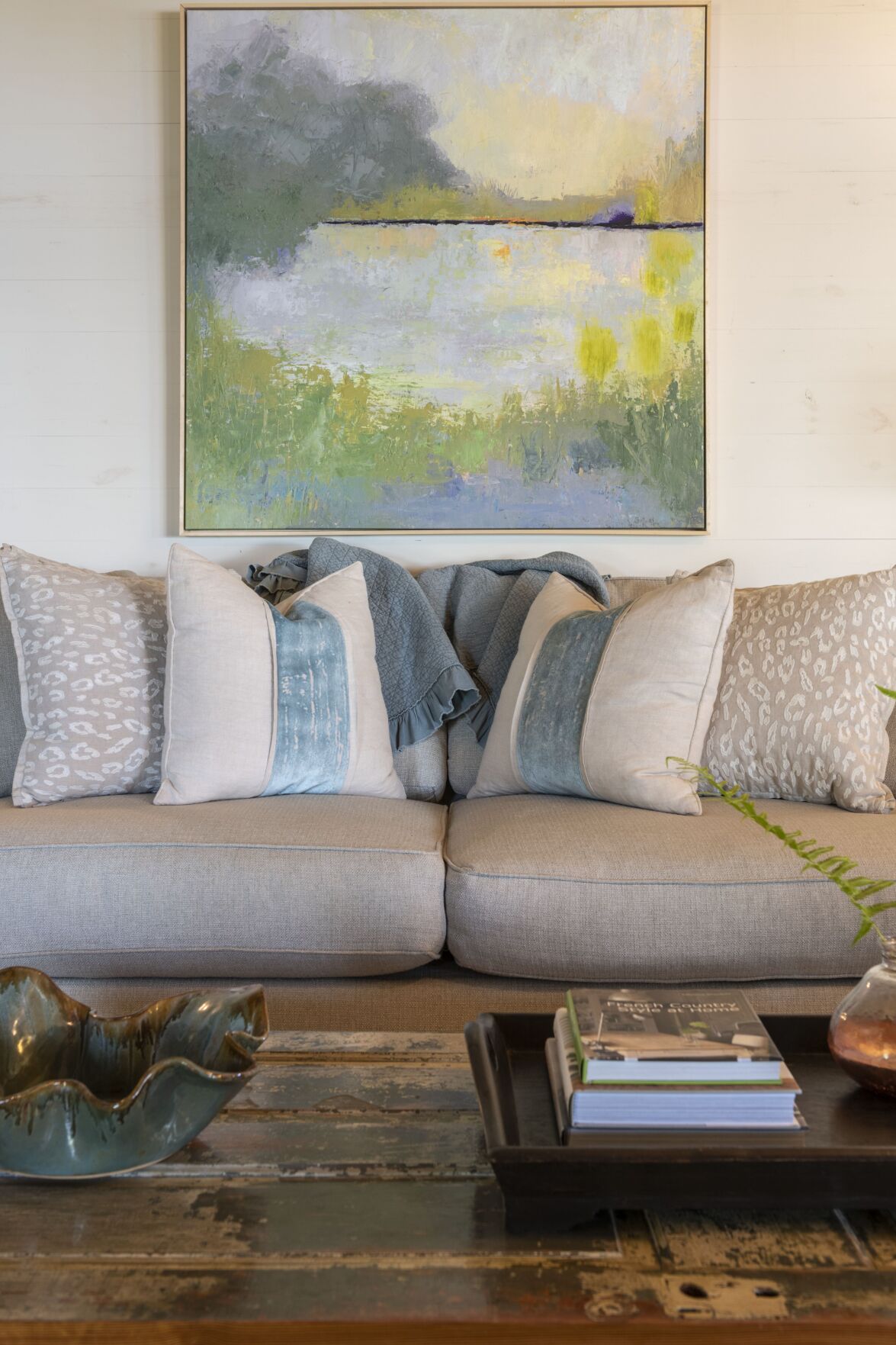 Steve made the coffee table from a door in the original cabin; its rich coloring anchors the cream, blues and greens in the living room 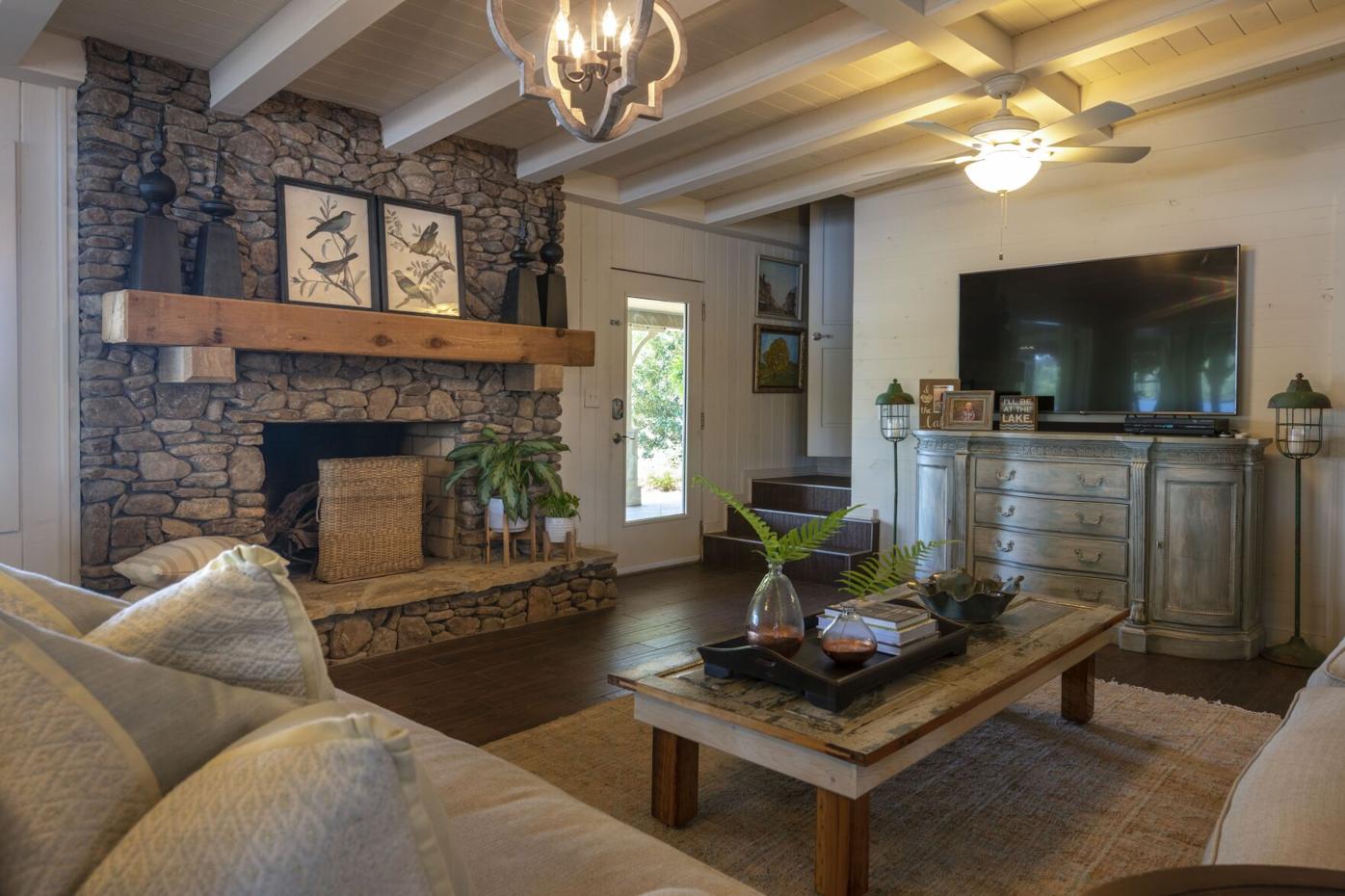 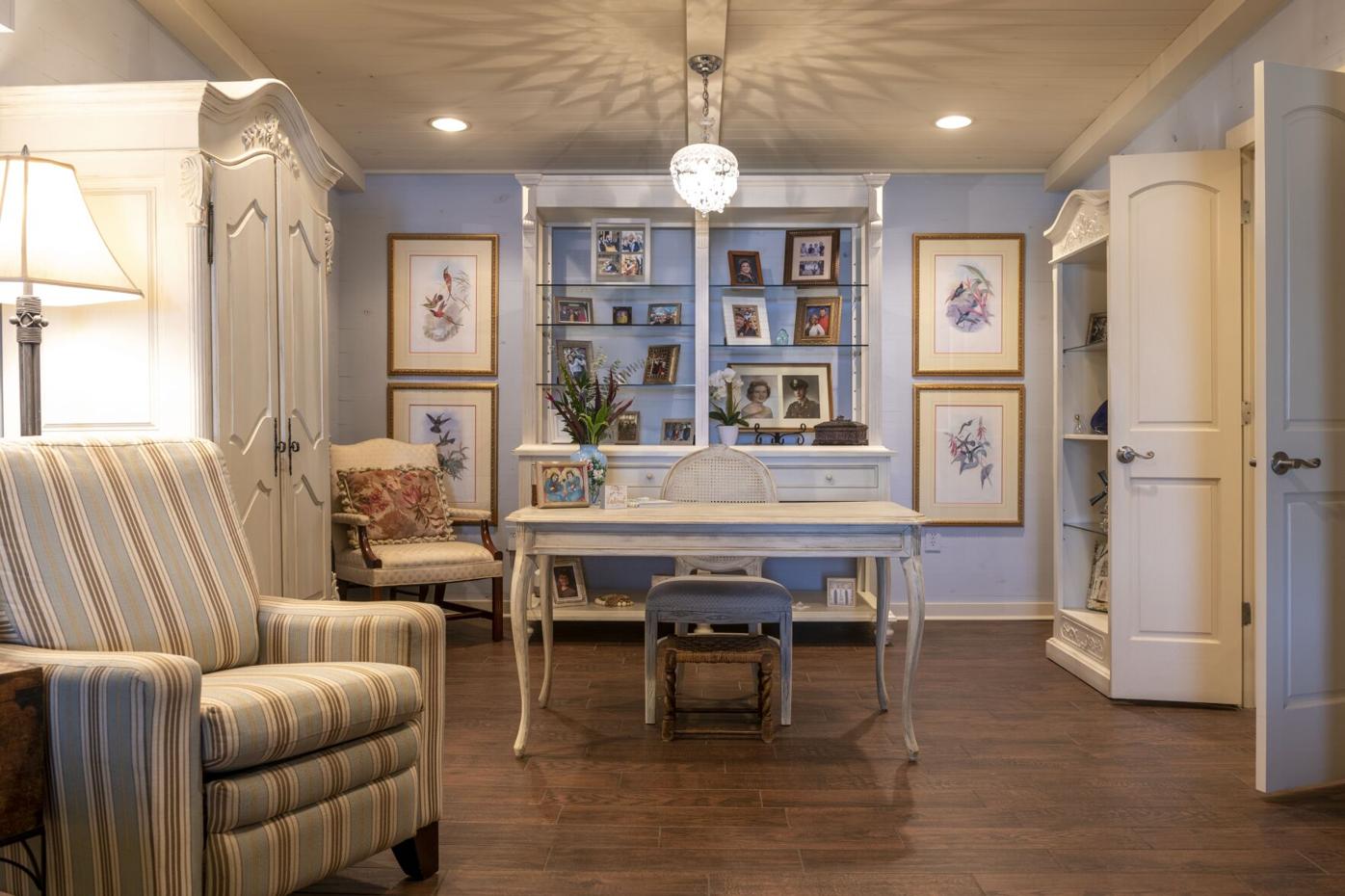 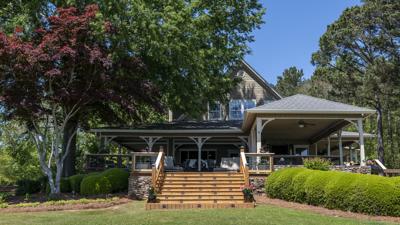 The diving board on the dock is a popular hangout

The deck is a great entertainment space

Steve Jr.'s action figures are ready for the grandchildren

Fuller's father found the Lederhosen when he was stationed in Germany

Fresh flowers spring from a glass vase poised on driftwood

Steve made the coffee table from a door in the original cabin; its rich coloring anchors the cream, blues and greens in the living room

Alexander City natives Steve and Sharon Fuller bought their Lake Martin cabin on a breezy point in Jackson’s Gap before they were married in 1980. With just four rooms and a small screened porch, the cabin had to grow as the family grew. Only a few years in Atlanta took them away from their cabin, but they returned to the place where they started and began filling the home with a lifetime of memories.

“Our first renovation idea began when we came home from our honeymoon and found that the roof was leaking just a few inches from our brand new couch. We both went up on the roof to look at the problem and said, ‘Wow! Look at this view. One day let’s build up.’ And that’s what we did,” Sharon Fuller said.

Steve, now a partner in Lake Martin Signature Construction, handled all the renovations and additions to the home over the past 41 years. Their return from Atlanta with two small children precipitated the upstairs addition of four bedrooms, two baths and a laundry room. The two bedrooms downstairs became guest rooms. A few years later, a new two-story three-car garage added 1,500 square feet for a game room, two bedrooms, another bathroom and a full kitchen, as well as the ground level garage space. Every window throughout the home has a lake view.

“With the most recent changes, in the last five years, I decided to just go lake-casual, and we love it. My friend, Jamie Dark, helped me pick out the colors for the remodel. I have mixed in new furniture with antique furniture from our families – some original and some I had painted. My grandmother’s bed from the late 1800s and her chandelier are still in two of the bedrooms,” she said.

The cabin’s coffered wooden ceiling and shiplap walls remain in the living room, all painted a creamy white. The room centers on a large stone fireplace while windows provide a view of the lawn and the lake in two directions. Steve built the coffee table from an old door from the original cabin. Cozy sofas and an antique buffet, painted by Robin Holcombe at Half Moon Interiors and Market, blend with the soft palette selected for the island and the cabinets. A round game table in the corner gives everyone a lake view.

Steve Fuller’s ideas for the kitchen included a square island with stainless steel, providing plenty of workspace and a sleek design. He also built a box light fixture with stained glass that mirrors the size of the island.

The addition of a dining room created space for a farmhouse-style table, custom-built by Steve. He repurposed columns from their old kitchen island bar for the legs on the table, which seats 12. A traditional china cabinet, transformed when Robin Holcombe removed the old glass doors and painted the piece, became a beautiful location for silver trays and bowls passed down through generations.

Fuller displays local artwork throughout the home, including Alabama artist Camilla Armstrong, Nan Cunningham, Barbara Gallagher, Tommy Morehead and Clark Walker. She is proud to hang works painted by her brother, Fred Williams, her aunt, Kitty Gilchrist, and even her daughter, Haley. Bonnie Graves and Lila Graves are other favorite artists, as well as Angel, a refugee from New Orleans after Hurricane Katrina, who created a detailed pencil drawing of the Fullers’ children. Bonnie Rae, Missy Bia, Susie Robinson and Elena Kohn paintings are hung throughout the home as well.

In addition, the Fullers have several works by Dadeville brothers Jim Denney and John Denney.

“Every lake home needs an original from each of them,” she said. “We have John’s blue canoe and Jim’s Lake Martin map and one of his fishes, plus several of their award-winning ducks.”

The Fullers own a home in Canada, and their love of Canadian artists can be seen on the walls in the stairwell.

With both their children (Steve Jr. and Haley) grown, the couple decided to leave their upstairs master suite and move downstairs, so the cabin’s original downstairs bedrooms were combined to become one large room five years ago. The space allowed for a bedroom and office. The couple added two extra-large his-and-her closets, another full bath and a laundry room. The desk sits under a crystal chandelier, and Fuller added an armoire for storage and glass shelving for family photos in the office space.

“I took a picture of what I wanted for my headboard at a store in Birmingham, and my brother found one exactly like it in Fairhope. During the COVID-19 quarantine, I spent a lot of time in this room, and I loved sitting at my desk and seeing the lake all day,” she said.

Upstairs in the vaulted playroom, a bunkroom and two queen-size beds brought the sleeping accommodations of the home to 21 people. Toys from two generations find their home on shelving along one wall – a treasure trove of fun for the grandchildren. Fuller has added a child-sized tent and a ball pit for their two grandsons, Merritt and Burke.

She also added folk art furniture, sculpture and paintings in the playroom. Whimsical fish and angels grace green accent walls. A Lila Graves portrait of Fuller’s children hangs in a bedroom area. Charlie Simpson, a folk artist from Rockford, is included in her collection, as well. Rockford artist Artis Wright’s totem pole was repurposed as a floor lamp. Joe Law, Sharon Yarvis and even local Virginia Bradshaw paintings and pottery are displayed throughout the room. Artist Mose T and his daughter, Annie T, add life to the room with their artwork, and Fuller adds her own flair with a year-round grapevine Christmas tree that is decorated for each season. Her love for art came from her brother, Fred, who helped her find it and place it throughout the home.

“The playroom has served so many purposes. We lived upstairs when the downstairs renovations were done; we slept college kids for weekends at the lake; now, when Steve Jr., Katie and our two grandchildren come, we have a place for them to retreat, too. I have all of my kids’ toys, and a few of mine, for the grandkids to play with on the shelves or in the closet. It’s been a wonderful addition,” Fuller said.

The Fullers have created an enviable outdoor living space with 1,800 square feet under cover. The tiled, covered walkway to the front door is adorned with six columns, Boston ferns hanging between each pair. Since the lot is on a point, and the deck is open on three sides, the lake breezes keep the space cool through the summer. Sitting areas with tables, chairs and sofas are available for dining and relaxing. A bar with stools and a big screen television add a sports bar atmosphere to the mix. And one of Steve’s favorite is the hot tub.

“We got hit in Hurricane Opal in 1995; then, a tornado in 1996, and between the two storms we lost 30 trees. Sitting on the back deck was way too hot, even with umbrellas, so Steve just extended the roofline to cover the deck. We live out here year-round,” Fuller said.

In April 2021, after COVID-19 halted their original plans, the Fullers’ daughter Haley was married to Wesley Lamborne at the lake home. She and her dad drove one of Fred Dobbs’ old cars down the driveway. The deck area, lawn and a tent were utilized for the reception while fireworks, lanterns and the music embellished the night. Their small cabin turned forever home was the perfect backdrop for family and friends to celebrate another couple beginning a lifetime of memories on Lake Martin.