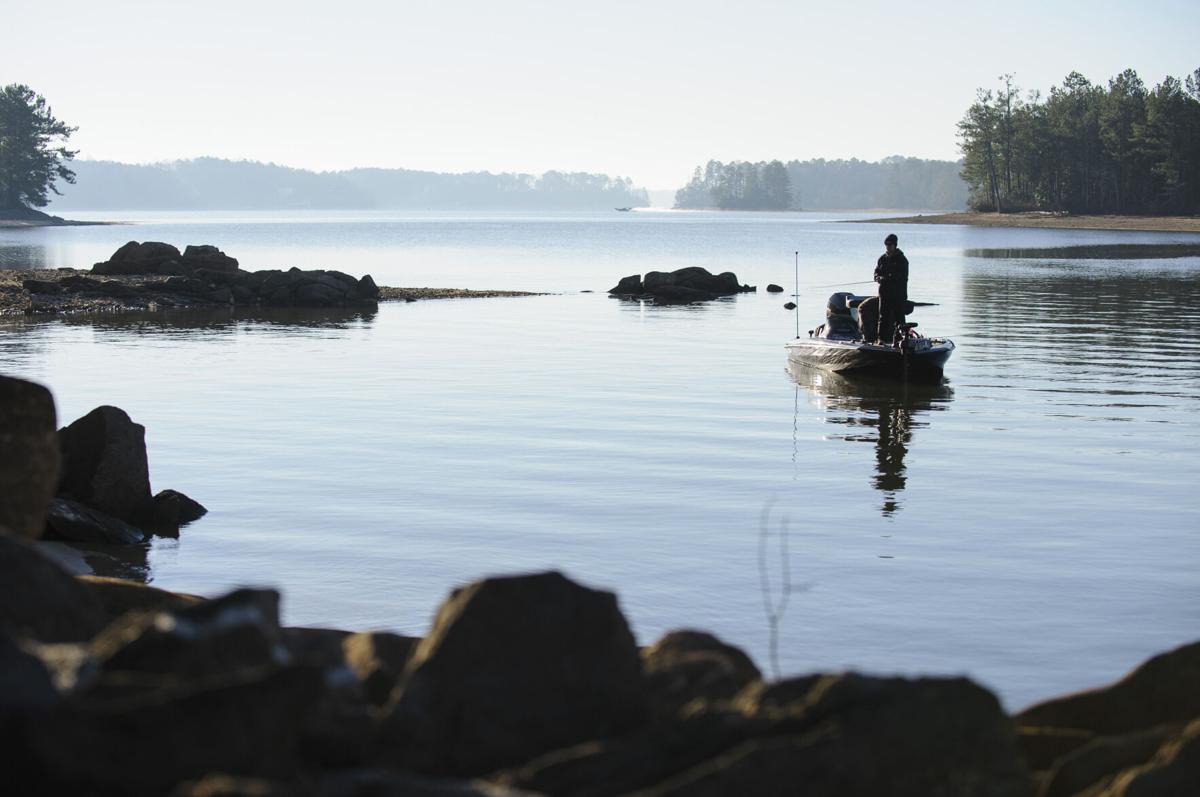 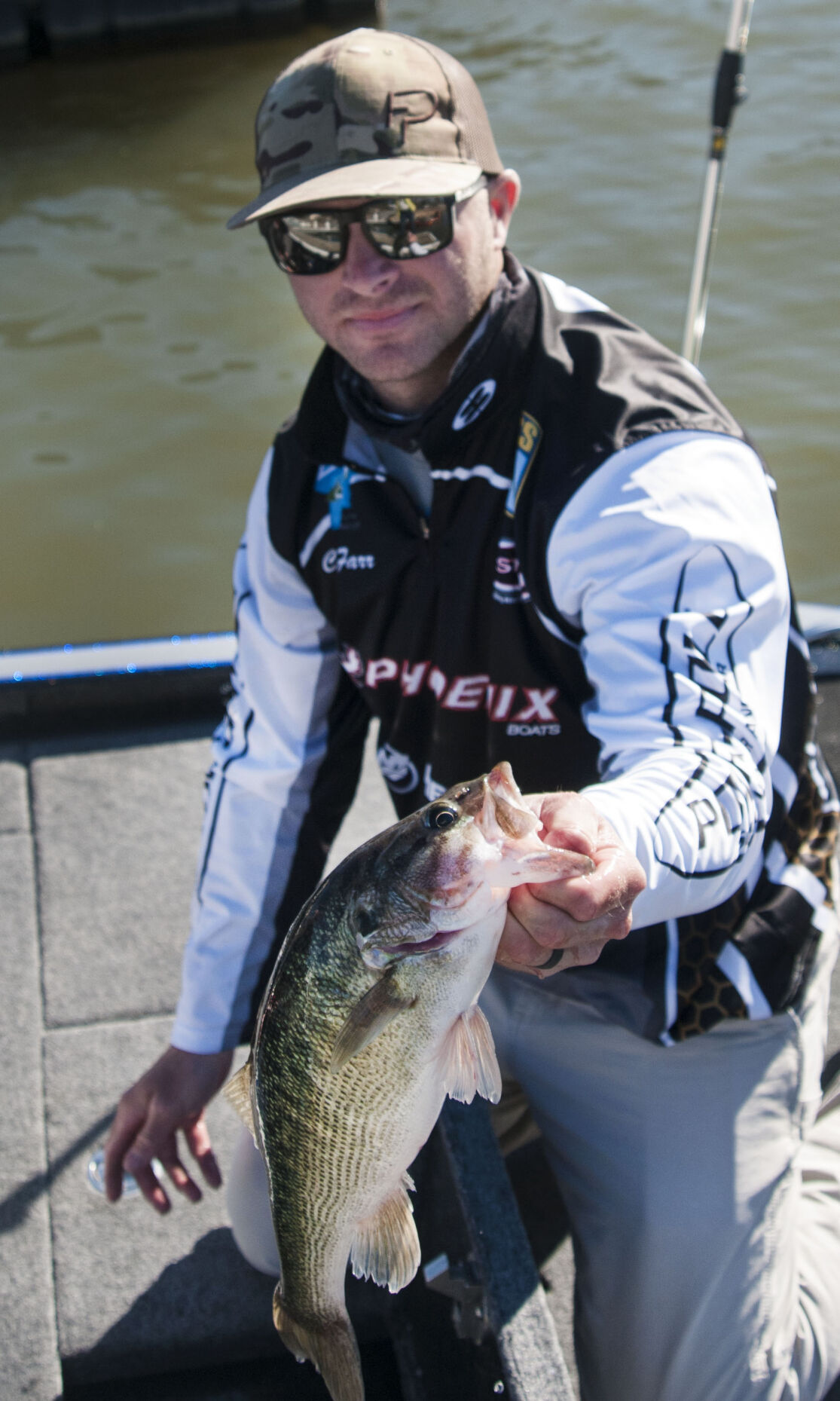 For the past two years, I have had the opportunity to fish Lake Martin as much or more than I have my whole life. Some might ask why I would choose Lake Martin, and the initial answer would be easy – it’s home to me. The more complicated response would be that it’s always an exciting challenge. Lake Martin is a more challenging fishery because of the water clarity and sheer volume of water that the fish are able to utilize. Please don’t confuse that with being hard to catch fish because nothing could be further from the truth. The population of fish in Lake Martin, from an angler’s perspective, is as strong as I’ve ever seen it, and the good news is that there are plenty of fish close to the bank and plenty more off the bank that are catchable year-round.

I’m as guilty as anyone of thinking that this spot or that one is the holy grail of bass fishing, only to realize later that it was just good for a moment in time. Sure, there are places around the lake that produce a fish or two regularly; however, the best spots that produce multiple fish and the best quality fish are those that align with the conditions at the time. The most difficult and also the most rewarding approach to finding fish is being able to answer the question “why?”

A simple but effective mindset is to keep a record of where and when fish are caught. Knowing where one is and what time of year it is when a good catch happens can be beneficial, and it can be repeated. Keeping a detailed fishing log for long periods, especially if fishing in the same lake all the time, can allow for successful fishing trips year-round. Whether keep the details are on paper, on a computer, in an app or in my head, it works as long as I can recall and revisit every detail. Certain baits and, more importantly, certain spots produce best during small windows in time.

Here’s just one anglers opinion on what factors will make a spot magical:

By phase, I look at the time of year. For example, this article is for the month of March, and this is a time when the fish are either close to the spawn or actively spawning. I want to know as much as possible about where the fish would spawn; and then, refine my choice of location,  depending on the other variables that come next.

Lake Martin has two different species of black bass: Alabama spots and Largemouth. The locations in which they choose to spawn often are a little different, though both species like to have some gravel and/or sand in their respective areas to build nests around.

Spots are more comfortable using open water areas, like the main lake or main creek points, but they also set up along the banks leading into larger pockets. Largemouth, on the other hand, typically prefer the back of pockets and sloughs. This is especially true, it seems, on lakes that have spotted bass. I suppose it’s like an adaptation between the two species so that each has its own territory. Of course, sometimes there are outliers, but as a general rule, this is how it works.

Other phases to consider throughout the year are post-spawn, early summer, late summer, early fall, late fall and winter; then, back to pre-spawn, spawn and post-spawn. The cycle continues year after year on every water body.

If it’s a different species I am after, such as crappie, stripers, bream or catfish, the same cycles apply, but the locations and habits vary. By studying the species I am after in more detail, I will have a good idea of where to look for them at a given point in time.

Conditions are a big deal at any time of year, but even more so right now. There are a lot of variables that fall under this category, but among the most important are water temperature and water clarity. Then there’s the weather that’s often changing in a short amount of time during the spring. For this time of year, water temperatures that are warming or stable are going to be ideal.

Because the fish in Lake Martin, especially those on the main lake, have a wide range of depth to use, changing conditions could mean that they may move to deeper water at times when the shallow water gets really cold or too hot. Cold and hot are relative terms depending on what time of year it is. For reference, the ideal water temperature for spawning bass is around 60-70 degrees Fahrenheit.

At other times of the year, conditions drive the location of fish based on what gives them the best opportunity to feed. Predatory fish are crafty at using certain conditions to fill their bellies, so be thoughtful in where to search. Think like a fish, and picture what would give them the best opportunity to get a steady meal without exerting too much effort. Wind speed and direction, water current, sun, clouds and more all come into play.

Lake Martin has three main types of forage. Although there is some variation in species, the general categories are minnows/shad, bream and crayfish. In the spring, this can be expanded some with critters emerging for the warmer temperatures. When the fish are actively spawning, anything that could threaten their nests is fair game.

The largest groups of fish are not going to stray too far from a readily available food source. With that in mind, it is always good to know what type of food is available in the area. This could be as simple as watching on the graph for balls of baitfish or keeping a keen eye around the bank for other minnows and bream. Crayfish are not going to show themselves much, but if I am lucky enough to catch a fish or two that spit them up, it’s a given.

Habitat is the variable that leads to what anglers call the ‘spot on the spot,’ which means the area and perhaps even the location has the right combination of variables to hold fish at the time. Then the fish need something that they can relate to, whether it’s because it attracts their food source; it offers a hiding place for an ambush; or somewhere to build a nest.

Manmade brush piles are staples scattered around the lake and may be permanent and more specifically designed, like a Mossback Fish Habitat. Rocks, stumps, laydowns, water willow, docks and even sticks could hold multiple species of fish if they’re in a prime depth and location that aligns with the phase and conditions.

Throughout the year, consider the right combination of these variables. After all, they are the real magic that makes a spot so magical.

~Greg Vinson is a full-time professional angler on the Major League Fishing Bass Pro Tour. He lives in Wetumpka and grew up fishing on Lake Martin.