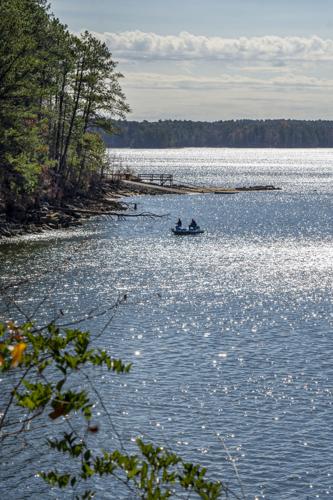 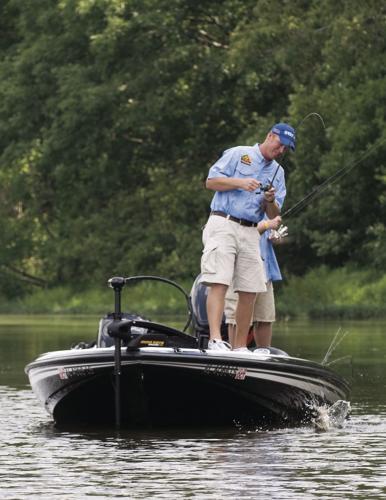 Cold, flu and cabin fever are three ailments that nobody wants to deal with in the dead of winter. It may be hard to believe, but for those with the outdoors running through their blood, cabin fever can feel like the worst of the three. When cabin fever sets in, there is only one remedy that will alleviate that feeling of being a prisoner of walls and controlled climate; that is, getting back outside. This may be one of the best times of the year for hunters, but for those who choose fishing as a remedy, it can be a challenge.

There’s something about going out and taking on Nature and the elements to put a few fish in the boat. Mid-winter can be feast-or-famine, and a day on the lake could produce some of the biggest fish of the year, or it could send anglers home with tails tucked, wondering if they even have a clue. Having been on both sides of that fence, I thought I’d share a few tips that have helped turn a few would-be blanks into phenomenal fishing days.

First, understand that the fish, in general, are probably in their most inactive states now, due to low water temperatures; however, don’t mistake that thinking as an indication that the fish cannot be caught. A fish’s metabolism is at its lowest point this time of year. Since they don’t need as much food, their feeding periods will be shorter. Fortunately, those feeding windows still exist.

Like other times of the year, there are general feeding periods during the low-light times of the day – morning and late evening. Sometimes, the low-light feeding periods are stronger than others; but then, there is typically another window at some point in the day when the fish will look to feed. Knowing this should give anglers confidence to push through tough bites and continue with plans and patterns that will put them around the fish.

General wisdom says that the fishing is better just before or during a passing front. The water warms somewhat leading into the next front, and falling barometric pressure can help activate the fish as well. While anglers don’t always get to choose the weather on the one day they plan to go fishing, there are some things they could do when the cold air sets in and the barometric pressure rises.

When the water warms, clouds form and rain is coming, the fish often move around more. They may not be in hyper mode, but they will look for food. It may sound good, but this could be a tricky ordeal. Fish on the move can be the hardest to predict, especially on highland-type lakes, such as Lake Martin. The fish could roam the shallows or decide to suspend under balls of bait in open water.

The textbook cold-front day includes a few common characteristics: hard cold nights, bluebird skies, rising barometric pressure and little to no wind. When this happens, fish tend to lock down to cover. For some, this is a mental hurdle to overcome, knowing the fish aren’t as active; however, to the optimist, it’s encouraging because the locations of the fish can be more predictable.

Any cover that could have retained heat from the previous day makes a great target. Rocks, stumps, trees and docks are good examples. Cold-front days offer a great chance to develop patterns. Since the fish cling to cover, the next question is how to get them to bite, considering they may not be in the best feeding mood.

Down Size and Slow Down

With less of an appetite, smaller forage could be enough to tide the fish over, so winter is a great time to catch big fish on small baits. Whatever your favorite bait for winter fishing, consider throwing a much smaller version in a cold front.

Most anglers are wired to slow down their presentations during the winter, as fish just aren’t as aggressive. More importantly, slowing down allows the bait to remain in the strike zone (usually around the target suspected of holding fish) longer. The metabolism of the forage is low in cold water, too. Crawfish move more slowly, and shad can be almost motionless as they cling to life in the frigid water. To match the hatch this time of year, the presentation needs to be slow like the food the fish are eating. And finally, make multiple casts to the same targets if they seem right. It can take a few casts to get a lazy fish to decide it’s tired of watching that morsel creep by its face.

Yep, speed up. This goes against everything an angler’s mind and even body may tell him when the mercury drops. Fish bite artificial offerings for a number of reasons. Although feeding is the most obvious type of bite, it can be the most difficult if the fish are not very hungry. The alternative is to get the fish to react on impulse.

Liken it to being laid up in the recliner, eyes half shut and about to start snoring; then, someone slams a door just a few feet away. At least a few of us would jump up out of the chair on impulse, out of fear, anger or both. At a minimum, it gets attention.

Sometimes, the largest fish occupy the best cover, and they also are territorial. In other words, when surprised, they will react defensively to something threatening the lair. This presents an opportunity to get a bite from an otherwise inactive fish. A reaction bite could be triggered with a number of baits fished with a fast retrieve, like a standard or lipless crankbait, or in the case of jigs and plastics, something that crashes into the zone very quickly. The fish makes a split-second decision – fight or flight. Plenty of presentations to high percentage targets could fool enough fish to end the day with success.

Deep water takes longer to warm, but it also takes longer to cool off. When the weather is unstable, the deeper water can be the most stable environment for the fish. In this case, there would typically be an ideal depth range that fish prefer. Using electronics, or simply noting the depth where bites are coming from, could be duplicated in bigger regions of the lake. Deep fish tend to school up more, as well, meaning multiple fish could be caught on a single spot. With cold-front conditions, fish are less likely to disappear after catching a few, too.

This winter, don’t fall victim to cabin fever. A great remedy is more time on the lake. The water is cold, so remember to take a few extra precautions, like wearing an inflatable PFD and packing a change of clothes in case something happens. Winter is one of the most peaceful times to be on the lake, and it could be a great time to catch a big ‘un.

Greg Vinson is a fulltime professional angler on the Major League Fishing Bass Pro Tour. He lives in Wetumpka and grew up fishing on Lake Martin.

Recently, I visited with the Central Alabama Community College Fishing Team. A few weeks later, I attended a fundraiser for the Auburn Univers…