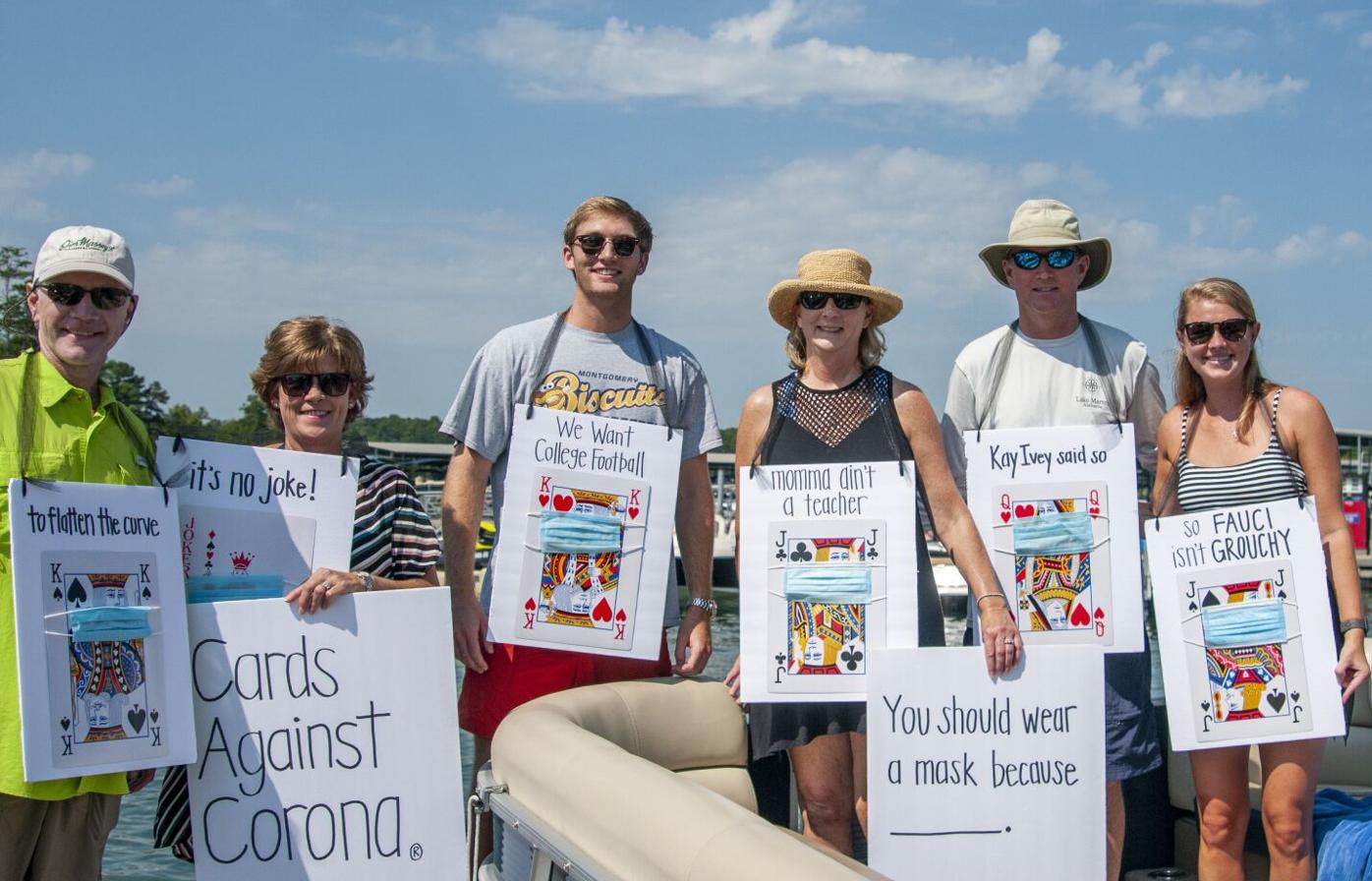 Jim and Suzy Massey, William, Julie and Steven Speaks and Mary Elizabeth Massey got creative about the coronavirus to win second place 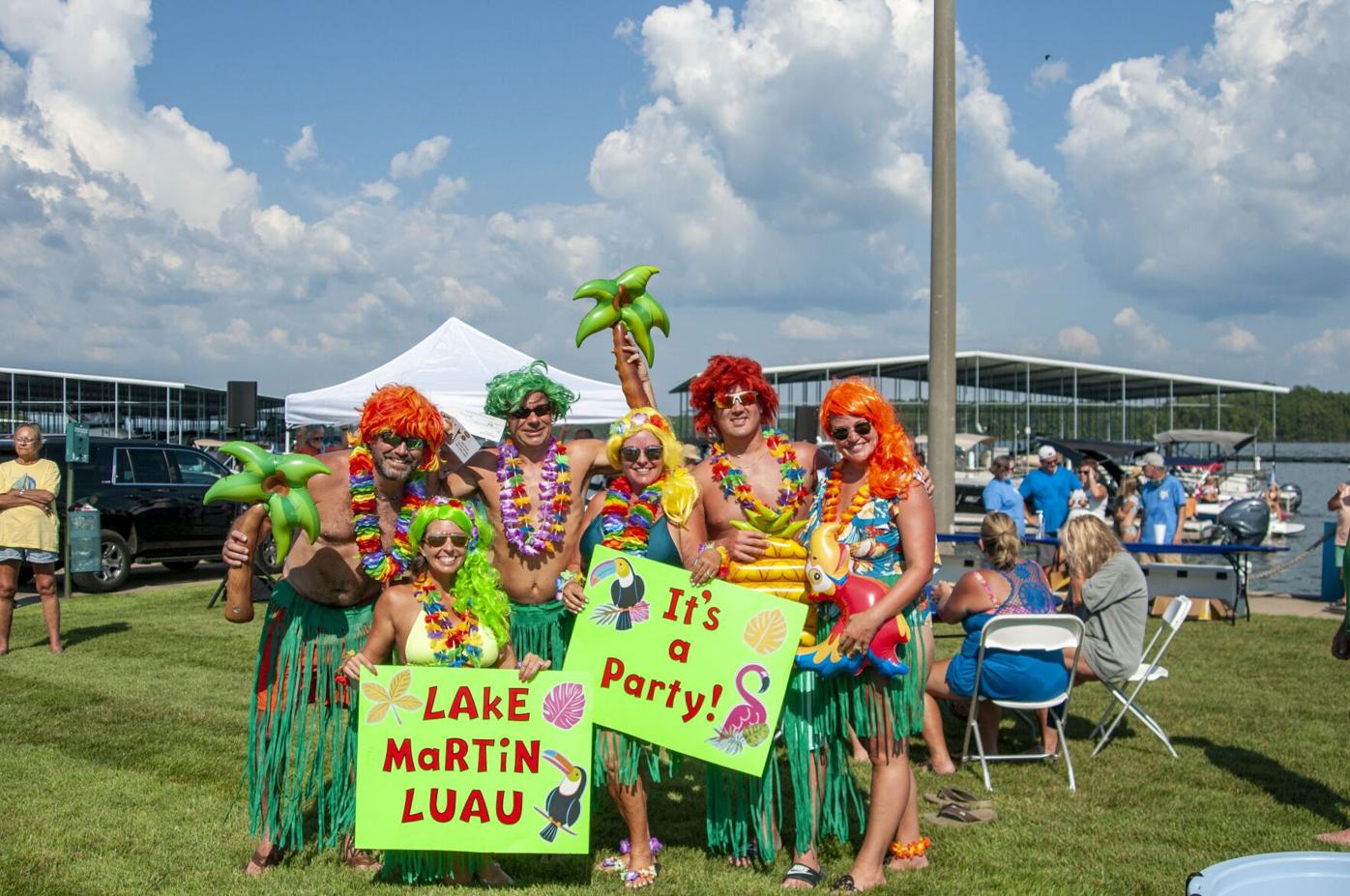 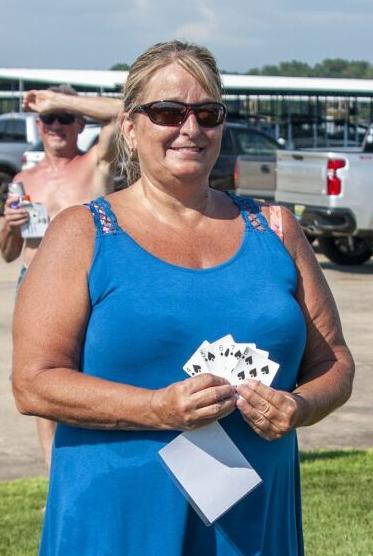 Teresa Dunaway won the run with a straight flush 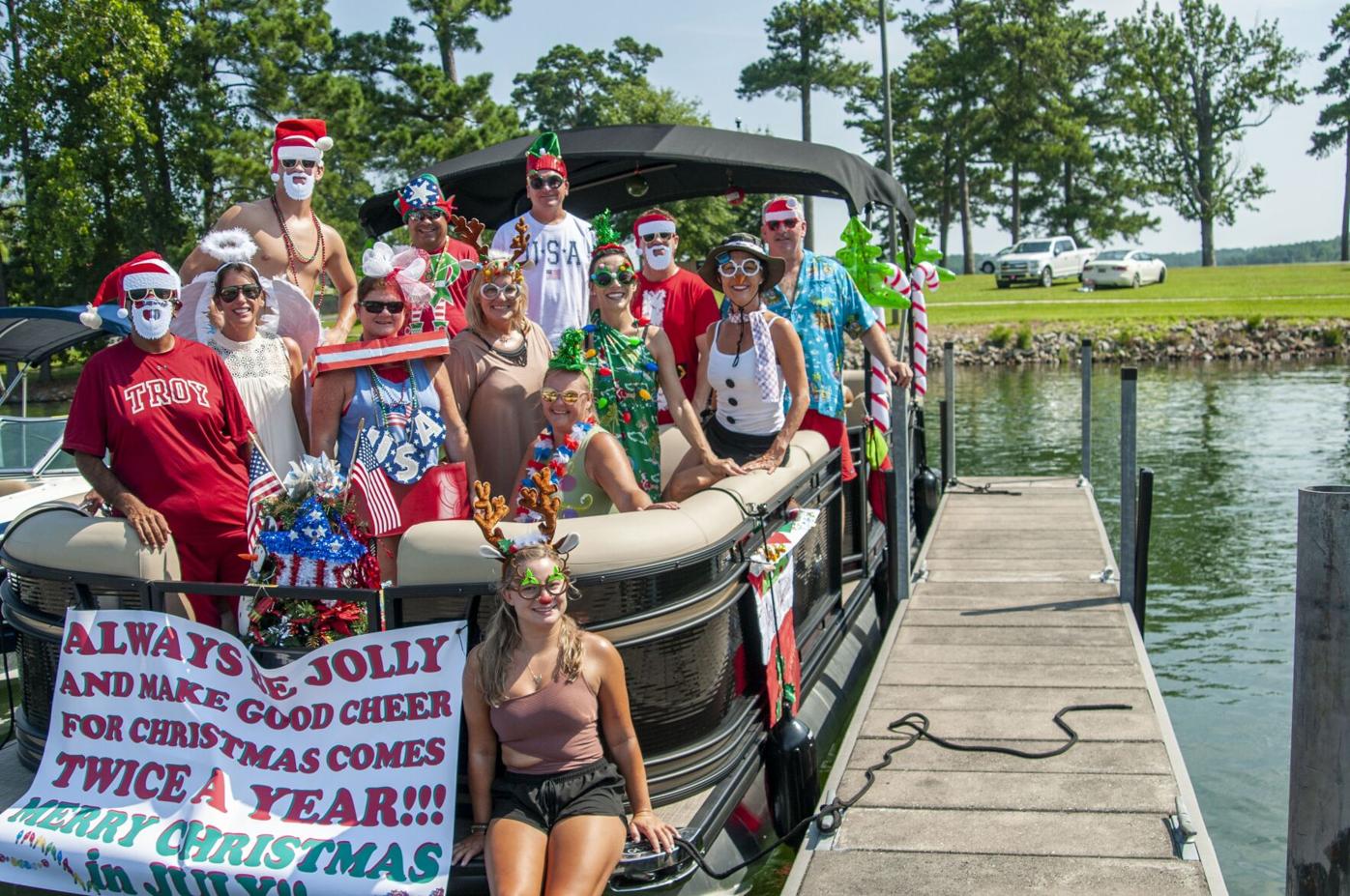 Jim and Suzy Massey, William, Julie and Steven Speaks and Mary Elizabeth Massey got creative about the coronavirus to win second place

Teresa Dunaway won the run with a straight flush

“We just weren’t sure what our turnout would be in this coronavirus situation, and we had kind of braced ourselves for a low attendance,” Commander said. “But earlier in the week before the event, we had already registered more than 100 hands online, and we knew we were going to be all right this year. We didn’t have anything to worry about. People still want to come out and have a good time, and this is something they could do safely.”

Fewer players decorated their boats and wore costumes this year, but those that did so displayed an extra measure of originality and creativity.

Second place went to Cards Against Corona, a crew that sported king, queen and jack playing card placards wearing masks and touting slogans against a variety of aspects of the pandemic. The third place team adopted a Christmas-in-July theme for costumes and the boat, and they brought Santa along for the fundraising event to benefit nonprofit programs and projects in Alexander City.

Poker players started at Kowaliga Marina and built their best hands by collecting cards at Real Island, Harbor Pointe, River North and Ridge marinas. Prizes were awarded on the lawn at Ridge Marina.

The highest hand award went to Teresa Dunaway with a straight flush in spades. Dunaway collected the 4-5-6-7-8 of spades in her travels across Lake Martin.

Traveling the lake to collect the cards is a race of its own at this event, but one team shortened the travel time by switching out their boats. The Hardy family started the race on the west side of the lake, collecting their cards at Kowaliga and Real Island marinas before driving a car to a Wicker Point cabin where another boat waited at the dock to take the crew to the east side marinas.

About half of the participants lingered at Ridge Marina for the awards ceremony, which this year did not feature a band or a buffet from Russell Lands chefs, as event officials planned for social distancing in light of the coronavirus pandemic.

“We probably will make more money for charity this year because of that,” said Emily Sprayberry, marketing manager. “Without the band and the food, there were fewer expenses, so that money will be rolled into the charitable proceeds.”

Entry fee for the event was $150 per hand, and participants collected giveaways at each stop on the route, including an event T-shirt, a Lake Martin Summer T-shirt, a Russell Marine bag, koozies and a pirate flag for each hand purchased. Door prizes and giveaways were donated by Russell Lands and participating marinas.

The Lake Martin Lions Club Poker Run has raised more than $300,000 for local charities in the history of the event.