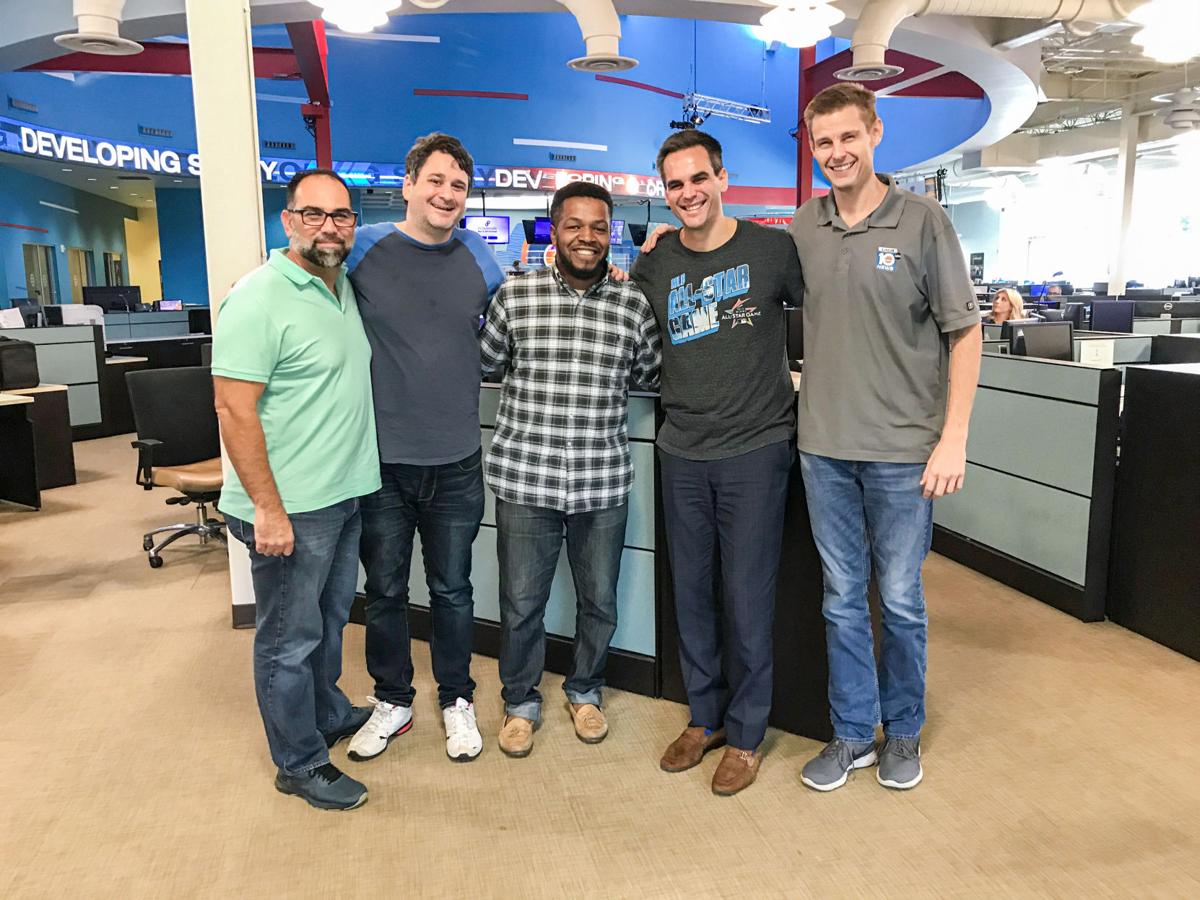 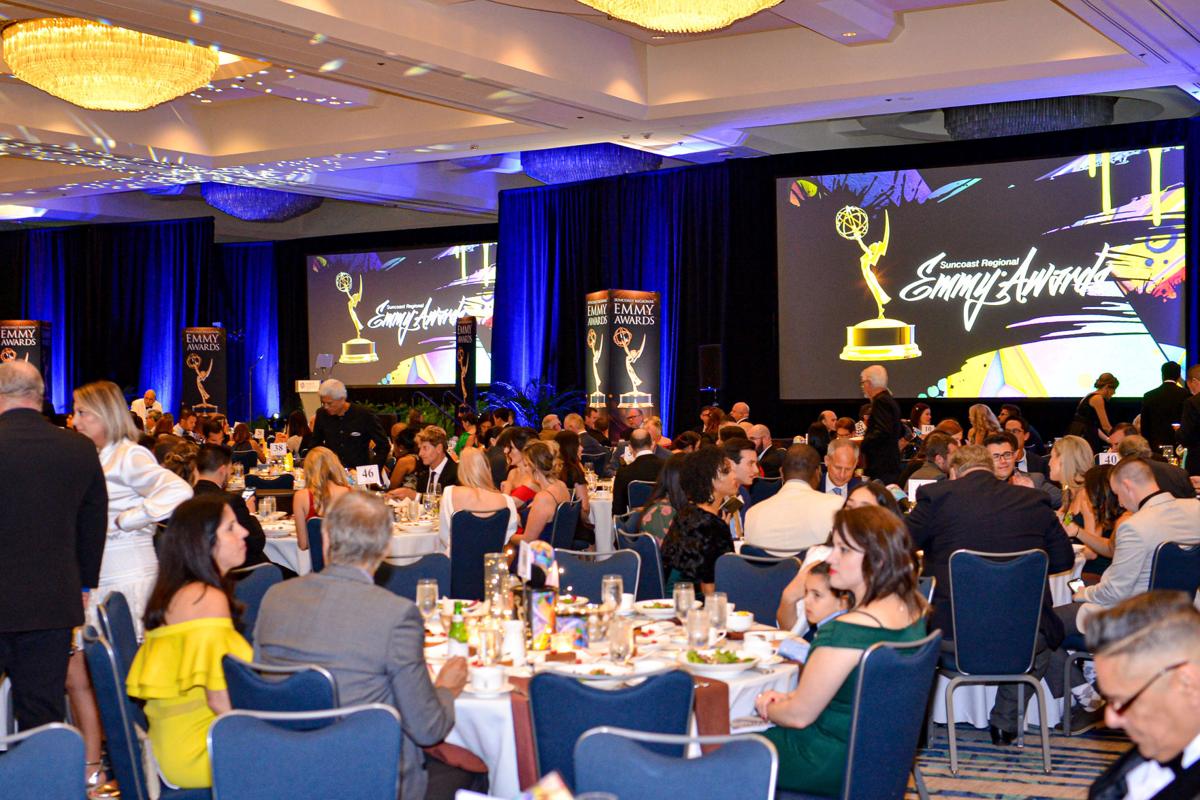 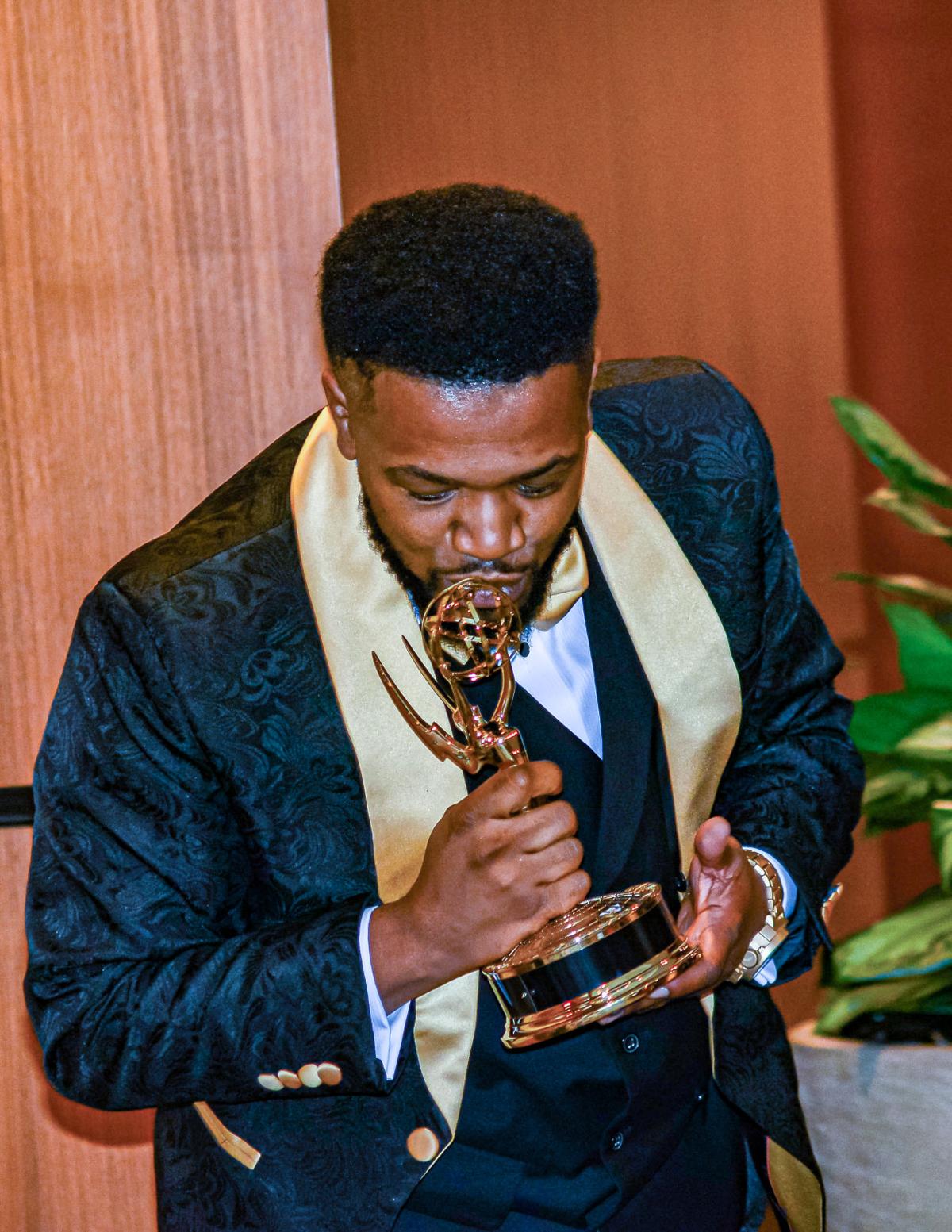 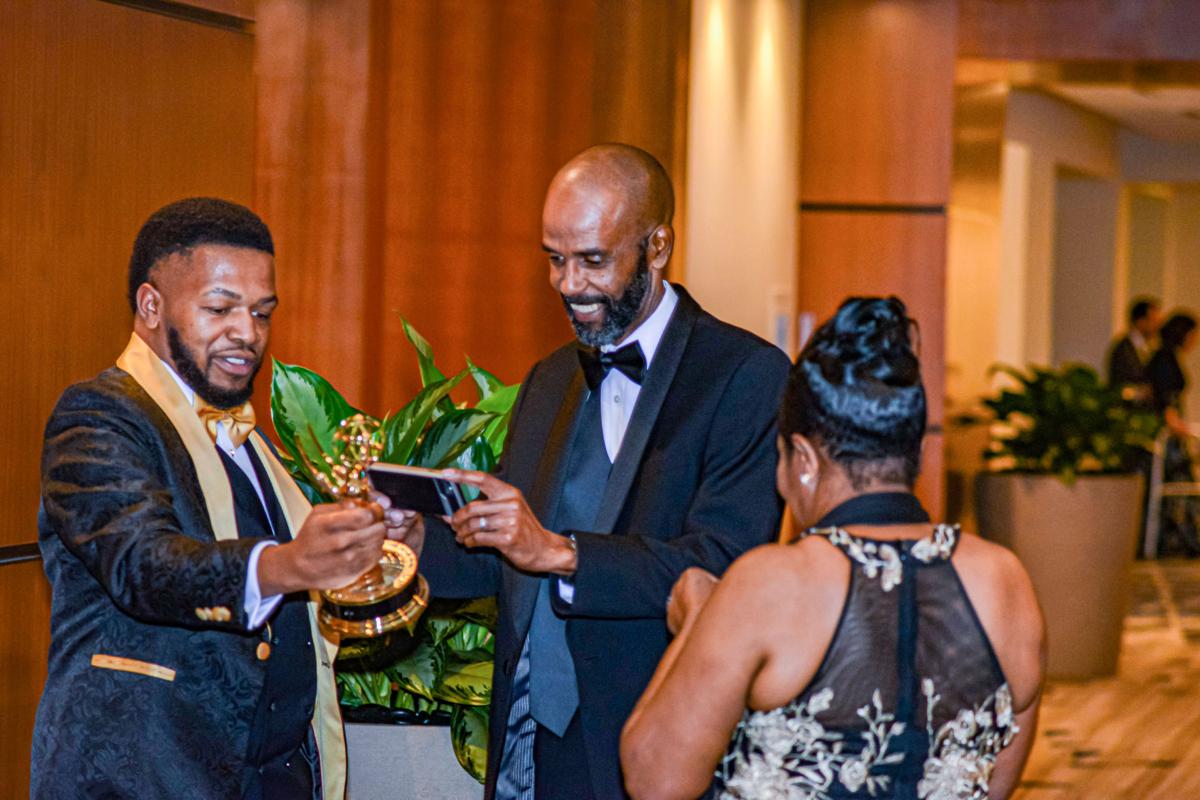 Williams shows off the Emmy to his parents 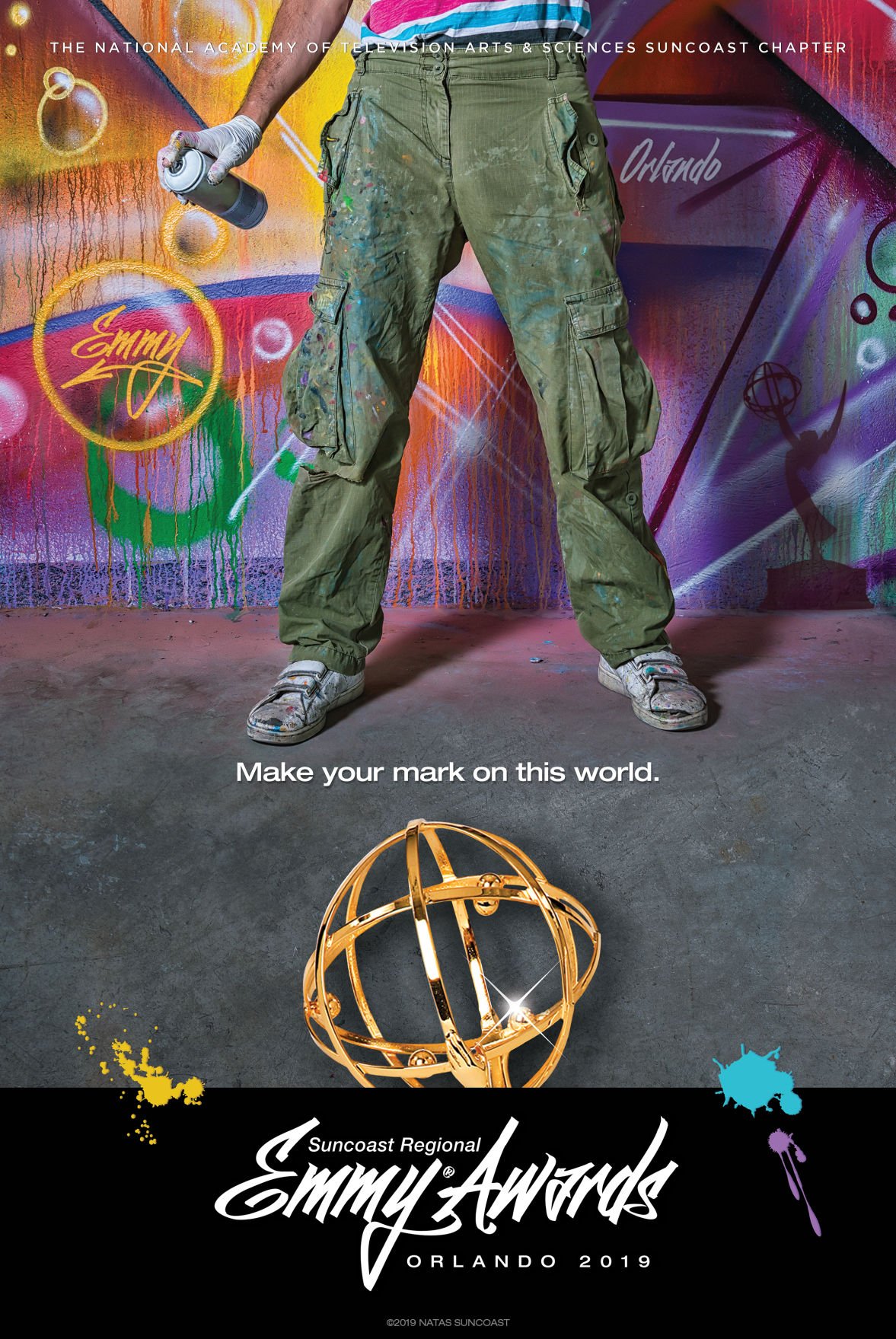 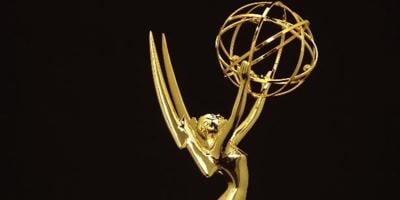 Williams shows off the Emmy to his parents

Tallassee native Myron Williams made a slam-dunk in his producing career when he was awarded an Emmy on Dec. 14 at the 43rd Annual Suncoast Regional Emmy Awards for his documentary Dwayne Wade: Bigger than Basketball.

“This was unbelievable to have won. I am very thankful,” said Williams. “We felt confident about the project when we submitted it, but we were shocked. I was mostly excited for my friends, family and dedicated it to my hometown of Tallassee.”

Williams, who graduated from Tallassee High School in 2001, and his team at WPLG-TV in Miami, Florida, documented NBA basketball star Dwayne Wade’s journey through his career and as a stalwart person in his community. When Wade retired last year, the station was tasked with producing a one-time 30-minute special project, which originally aired May 24, 2019.

“We worked directly with Dwayne who is such a good person and is so genuine. He was always accessible,” said Williams.

The production team also interviewed Wade’s wife, actress Gabrielle Union; his son, who is one of the top 20 high school basketball players in the country; and his mother, who is a pastor in Chicago.

Their video was submitted among 12 others to the National Academy of Television Arts & Sciences Suncoast Chapter. Two videos were nominated in the one-time sports special category.

“I think one of the reasons we won was the observers knew we couldn’t use any Miami Heat basketball footage because we didn’t have the rights,” said Williams.

As a result, he had to forge a different path. Williams was able to pull from the television station’s archives following 17 years of Wade’s career and community involvement, starting from the night he was drafted to the Miami Heat.

“We pulled everything Dwayne Wade that was not on a basketball court; that’s how we put it together,” said Williams.

Other notable events in Wade’s career that Williams captured on camera include his annual autism walk; Wade’s charitable fashion show; and visiting his mother’s church in Chicago.

“We also found where Dwayne’s jersey was No. 5 before he was No. 3,” said Williams. “Those are the kinds of things you can find when looking at projects at this level. This is what I love about them.”

The Miami Heat No. 3 jersey will be retired in Wade’s honor in a ceremony in Miami on Feb. 22.

Williams made his break into the communications field close to home in Montgomery before being hired in Houston, Texas, where he worked with the Houston Rockets and the PGA. His career then took him to Miami where he has been since 2015.

“I absolutely love my job. The fact that I get credentials to go to sporting events and travel and get paid for it – it’s a dream come true,” said Williams.

Winning an Emmy has given Williams the confidence to pursue future projects on an even larger scope.

“I can’t wait to work on the next project and just go out and do it again,” he said. “This is a huge career achievement, and I’m hoping to make it to the national level, in the biggest market possible and be successful; so to pick up an award like this along the way is unreal.”

Williams’ parents, Isaac and Willie Mae Williams, still live in Tallassee, and Williams said they are truly his biggest fans and the rocks on which he leans.

“I was so happy that they could be there with me when I won. It means a lot to me,” he said.

The Emmy will be shared with the community and housed at Williams’ parents’ house in Tallassee to commemorate Williams’ roots.