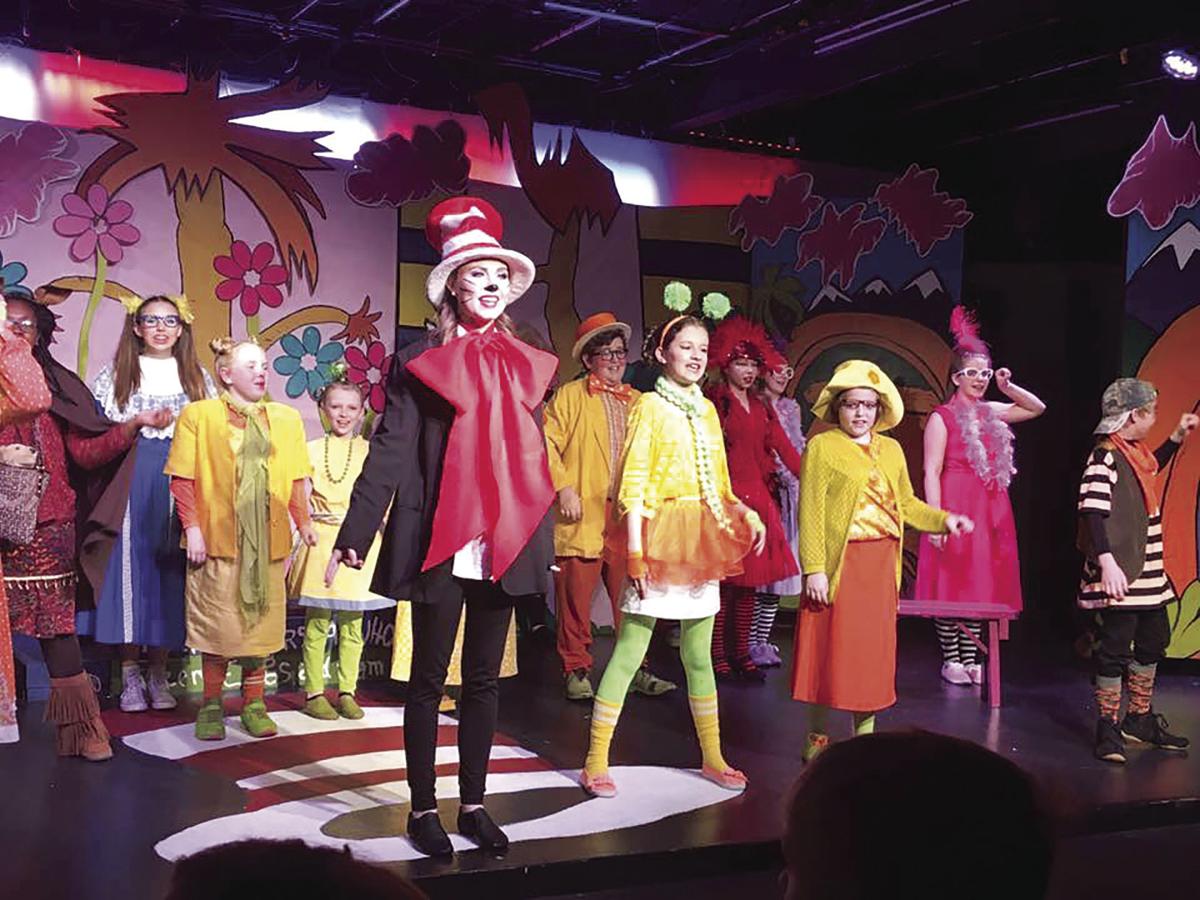 The Wetumpka Depot Players’ Youth Academy is open to kids between eight and 17. Students perform a Dr. Suess classic. 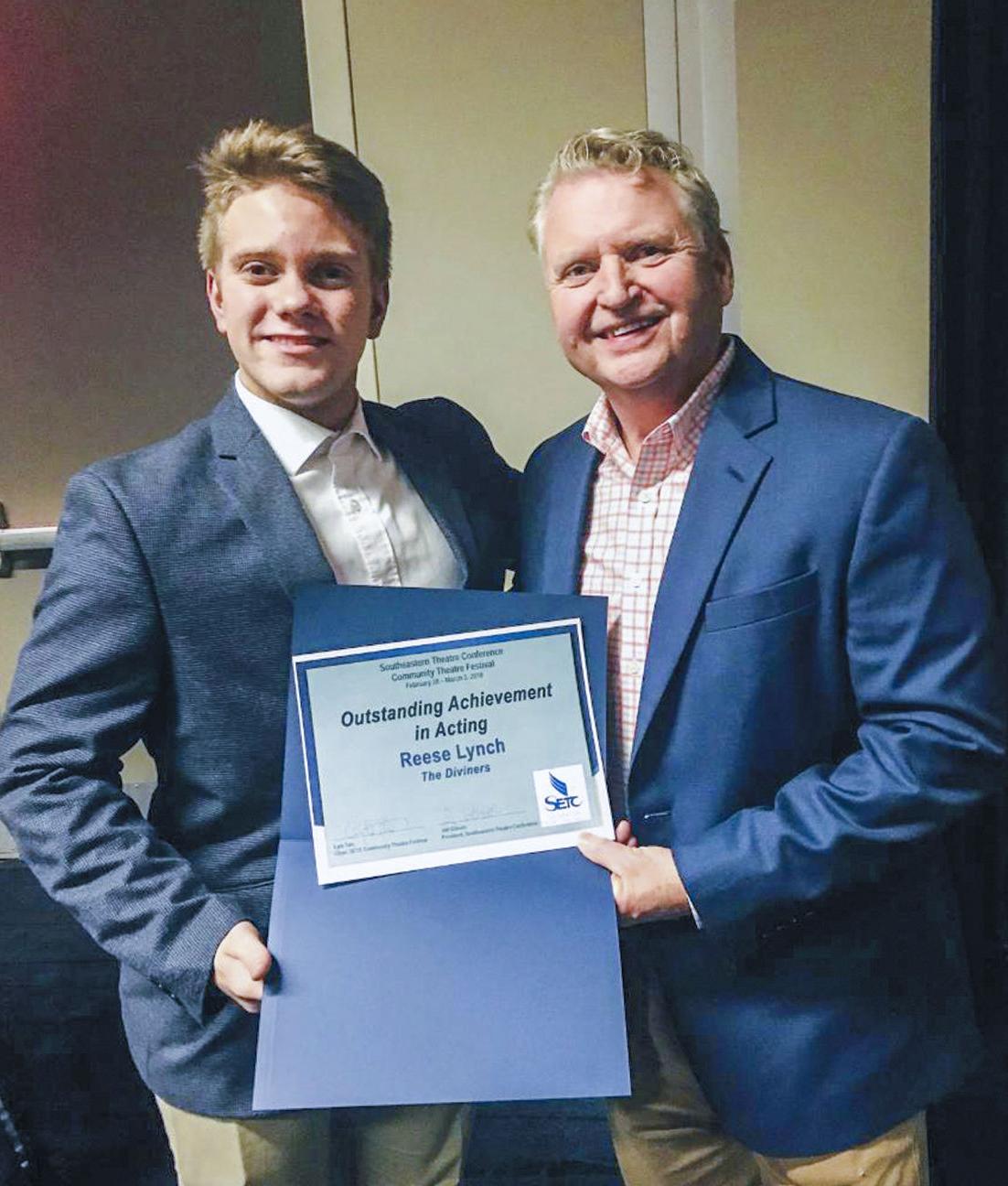 Lynch received national acclamation for his role in The Diviners 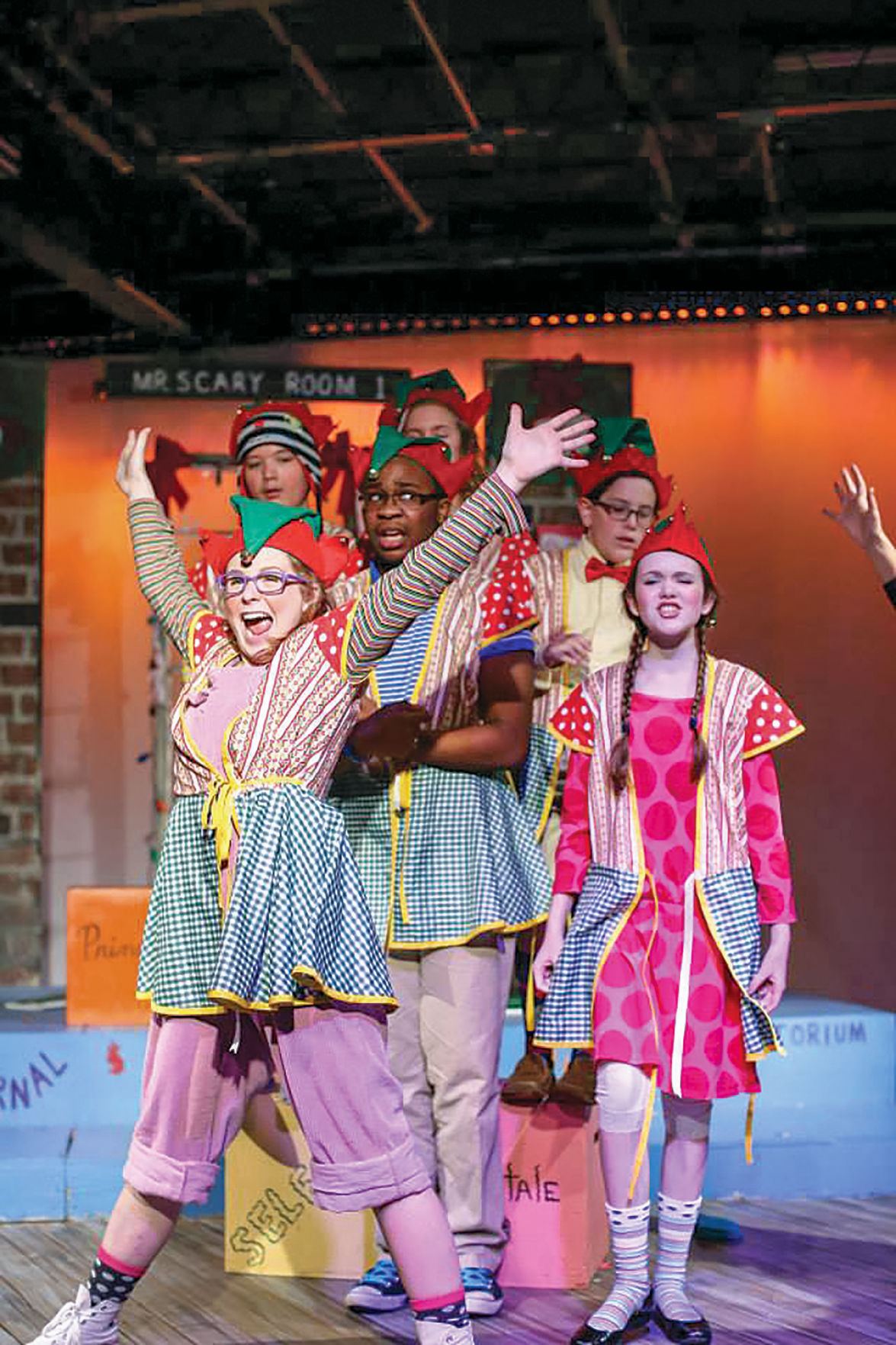 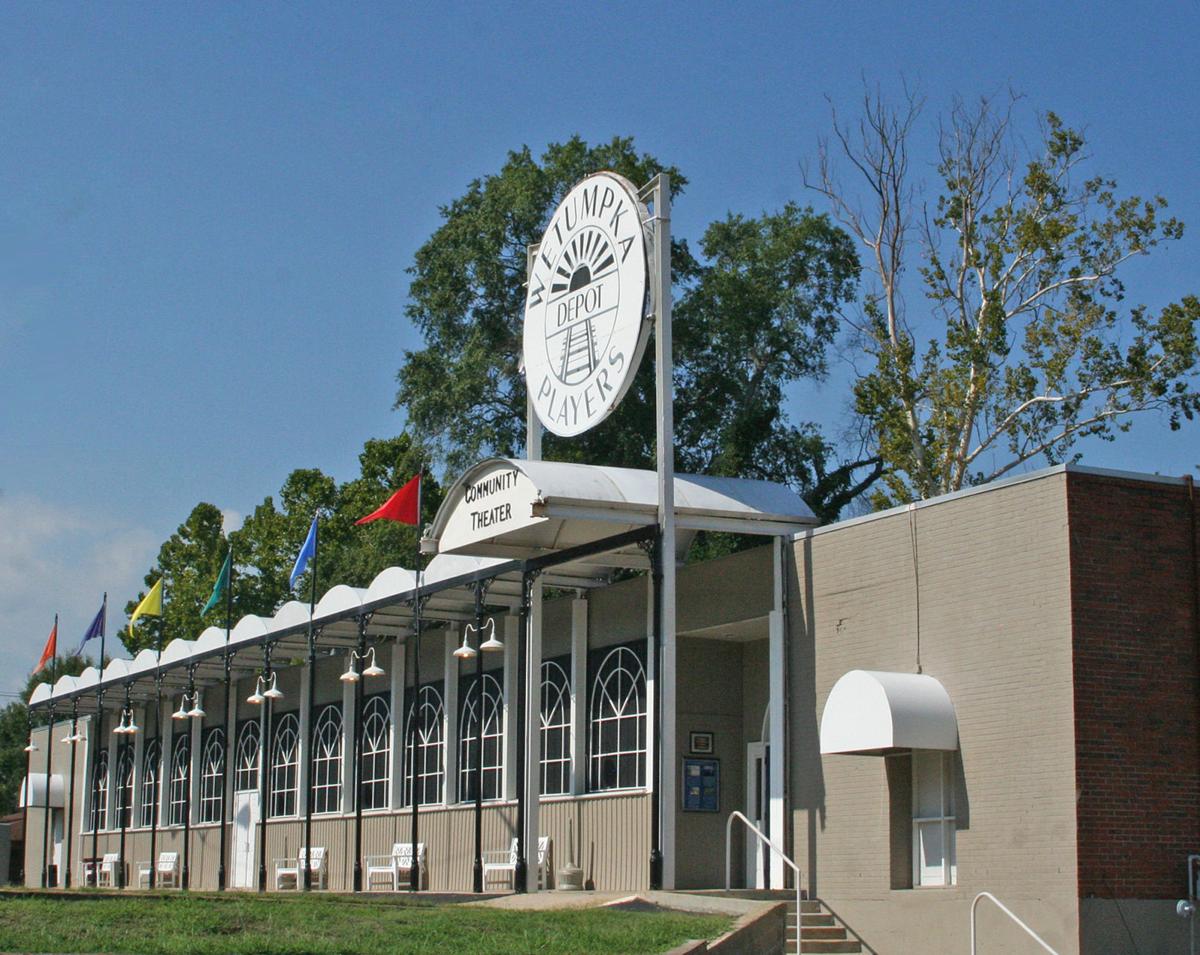 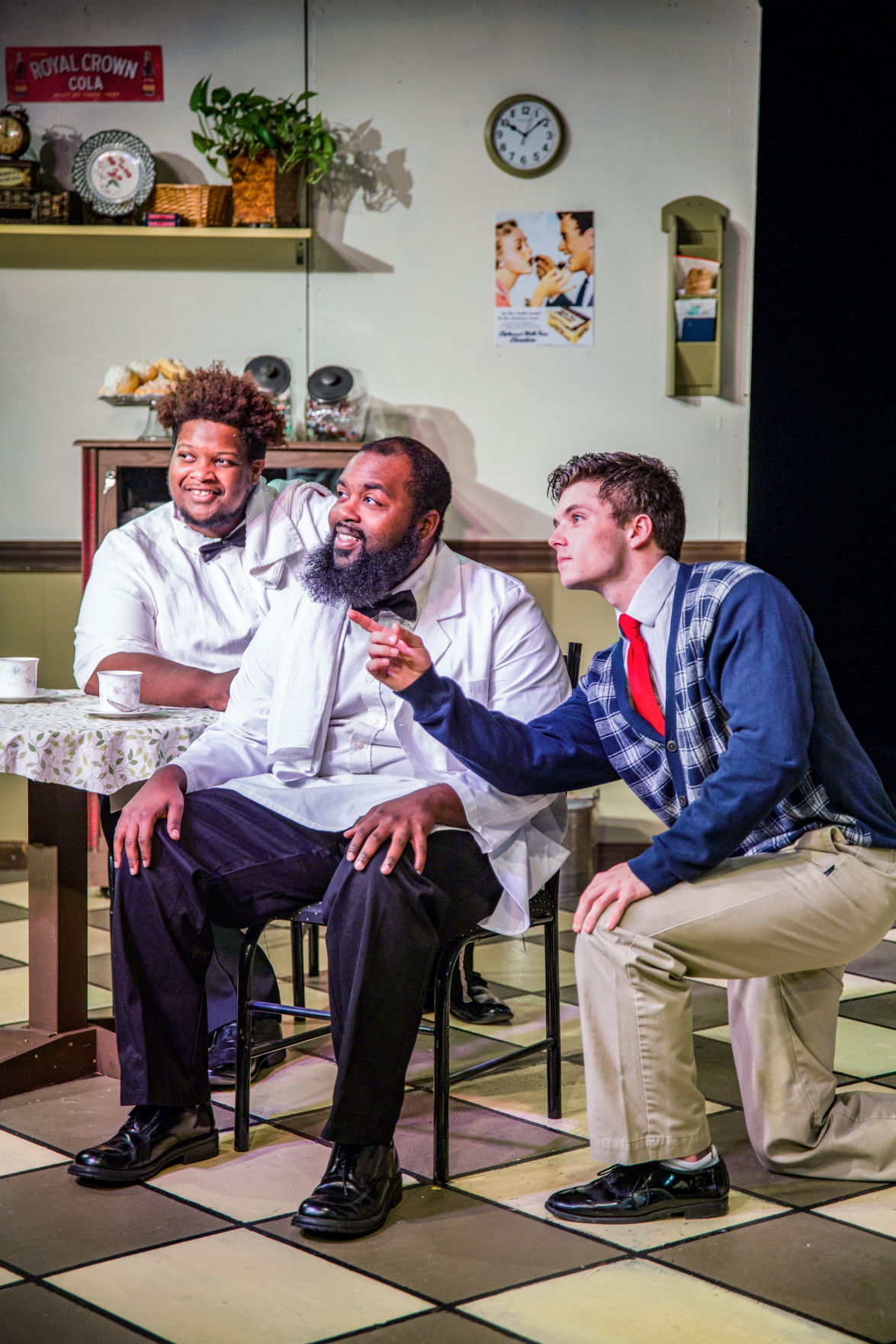 The Wetumpka Depot Players’ Youth Academy is open to kids between eight and 17. Students perform a Dr. Suess classic.

Lynch received national acclamation for his role in The Diviners

Big dreams can begin anywhere, even inside an abandoned grocery store. Just ask Lizzy Woodall, Reese Lynch and Patty Holley, all current students of the performing arts whose roots run deep in The Wetumpka Depot Theater. They enthusiastically share their passion for the arts that began right here in Elmore County.

The Wetumpka Depot is celebrating 40 years and performed its original productions with only adult cast members. The originators of the theater wanted to pass along their love of the arts to the youth of the community. The Youth Actor’s Academy was created to provide a place to teach children about the arts and to supplement the programs that were already taught in the schools. The youth programs became popular and have continued to expand, according to The Wetumpka Depot’s Executive Artistic Director Kristy Meanor.

“We have summer camps, afterschool programs for ages 8 and up, and we have added a special needs group called The Penguin Project,” she said. “It’s exciting to watch some of our students go on to pursue degrees in the arts. We get to watch these kids grow up in our theater.”

A recurring sentiment that reigns supreme when listening to students gush about The Wetumpka Depot is family. Everyone considers the members of the theater group to be one big family, but for Lynch, this holds an additional special meaning.

His mother, Kim Mason, is an active member of The Depot community, and Lynch remembers attending rehearsals and watching his mother perform when he was a small child. He was inspired by his mother’s talent and wanted to see if he could be part of a show. Lynch tried out for a part in the children’s play when he was about 8 years old.

“I just loved the rush I got from being on stage,” said Lynch.

Last summer, Lynch won the Audience Favorite Actor Award at AACTFest, a national competition for community theater groups held in Gettysburg, Pennsylvania. The director of the award-winning production was none other than Lynch’s mother. The performance of the two-act play The Diviners worked its way up to the national competition by first winning at the state and regional levels.

Lynch is currently in his freshman year at the University of Alabama, and he’s majoring in musical theater. He is already rehearsing for a role in his first college production, The Pirates of Penzance.

“I am grateful for the opportunity to share the beauty of theater with my mother and my Depot family. It has prepared me for success at college and whatever the future holds,” said Lynch.

Another Depot-lover, Woodall said she remembers moving to Wetumpka around the age of 9 or 10 and finding her place in town through community theater.

“I was the new kid and looking for a way to make friends,” said Woodall. “Someone suggested that I give the theater camp a try. I not only made a lot of great friends, I found my passion for theater.”

Woodall is currently a sophomore at Arcadia University outside of Philadelphia, Pennsylvania, and is majoring in theater arts. Her experience at The Wetumpka Depot gave her the confidence to move to a city with larger audiences and a more robust theater community, she said.

Her love for her hometown roots inspired her to spend last summer interning for The Depot. The theater continued to help Woodall experience all facets of theater production, and she gained additional experience as a production assistant for the summer performance of Master Harold … and the Boys by Athol Fugard.

Auburn University graduate Patty Holley earned her degree in music education and vocal performance after catching the “stage bug” – as she calls it – performing at The Depot.

“I auditioned at The Depot my junior year of high school,” said Holley. “It was the first time I experienced a full collaborative production, and it was amazing.”

Holley was awarded the Grace Bishop Memorial Scholarship from the theater to help with her education expenses at Auburn. Woodall received the same scholarship before attending Arcadia. Grace Bishop was the original founder of The Wetumpka Depot, and the scholarship is given to an Elmore County student that plans to major in the arts. Preference is given to students who have participated in the local programs.

Holley is currently working on her master’s degree in vocal performance at the University of Houston in Texas. She explained that performing at The Wetumpka Depot provides aspiring artists with a solid foundation to pursue a career in the arts.

“Kristy Meanor does this so well; people from all walks of life come together to make beautiful art, and it’s an incredible experience. This theater is really a cornerstone of Elmore County,” said Holley.

The theater had humble beginnings, but this year makes four decades of community performances.

“There was a small group that wanted to start a community theater, and they asked if they could use the old train depot,” Meanor explained. “It was not the best space for theater productions – cold in the winter and hot in the summer – but the group loved performing, and people showed up and seemed to enjoy the shows,” she said.

After performing at the train station for 10 years, the group had to look for a new home, but they were determined to keep the theater going. They moved into any space available around town to continue the performances. Finally, they realized the perfect home for the theater had been right in the neighborhood all along – the abandoned grocery store that they had all shopped in years before.

“We knew right away that the space had a lot of potential for a theater,” said Meanor.

Once the building waspurchased, the group converted the old grocery store into its permanent location. A stage was constructed, theater lights beamed from the rafters, and seating for 160 patrons awaited guests. The Depot Players were now ready to entertain residents of Elmore County for years to come.

To learn more about the youth programs or upcoming performances at The Wetumpka Depot, visit wetumpkadepot.com or call 334-868-1440.