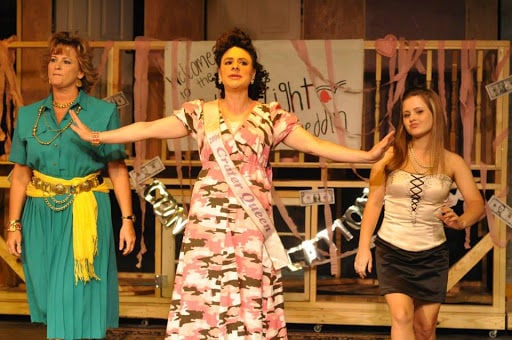 The Wetumpka Depot staged the comedy, Wedding From Hell in 2013. 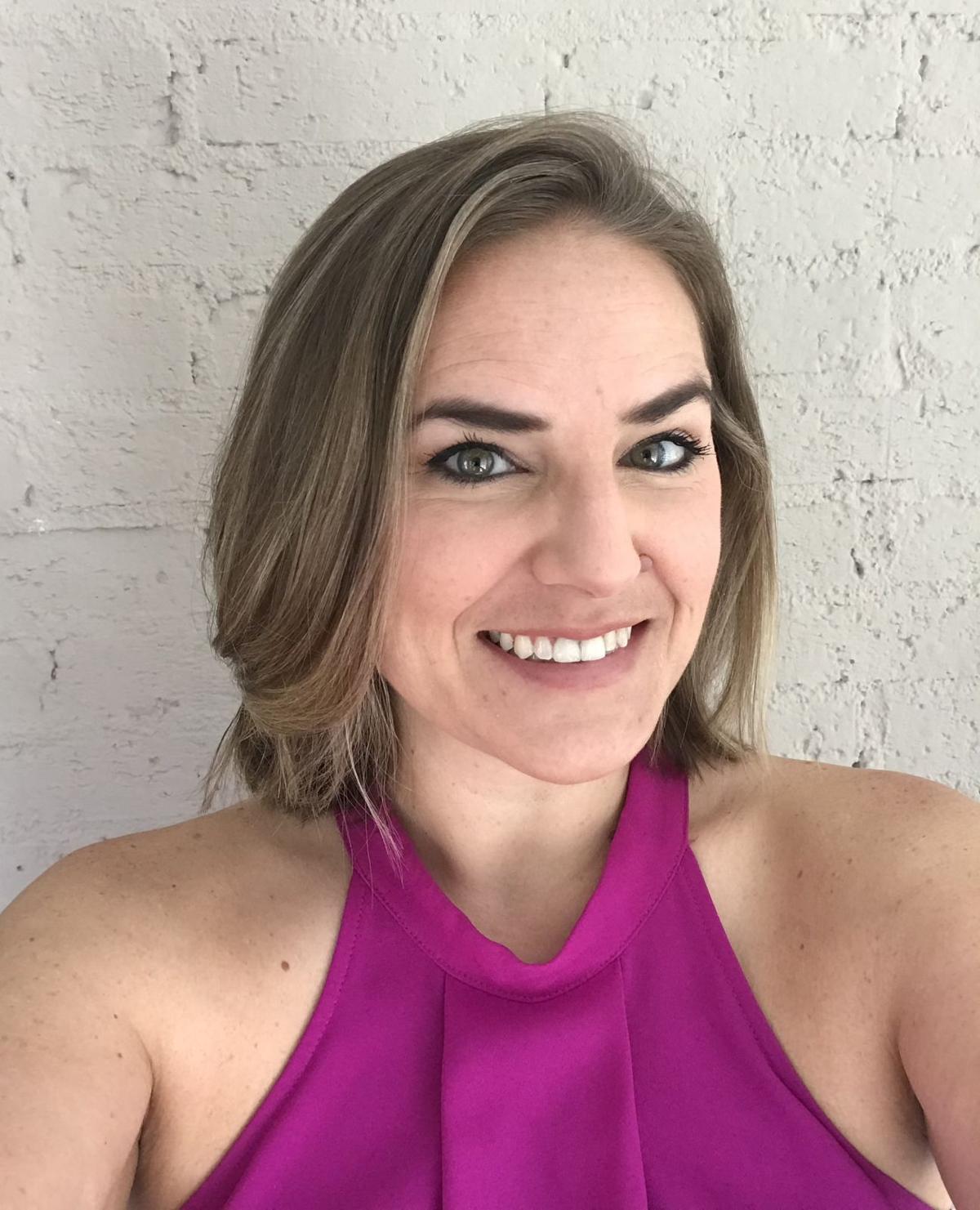 About three months ago, a strange and wonderful thing happened. My boyfriend of about a year and a half knocked my socks off when he got down on one knee and proposed. It was a beautiful experience, and I saw this man – who I don’t think of as a big planner – hold his own with details.

Russell is in a fantastic band called Electric Blue Yonder (they call the genre “space folk”). He plays the upright bass in the band, and he was slappin’ that thing when I saw him in Cloverdale Park one day. In fact, on that day, my heart made a silent wish that he would be mine, even though I didn’t even know him then. At the time, he lived in Spanish Fort, and I was freshly out of a two-year on-and-off roller coaster with an old boyfriend.

Within a year, that handsome bass player moved to town, where I promptly bugged him until he asked me out. Years later, he spent months planning our engagement.

His band went on tour in New York City last year, where he made a customized vinyl recording of his pre-proposal speech. On the evening of the proposal, we were actually celebrating his birthday. You can imagine my confusion when people turned cameras on me, and Russell squared off with me to start his schpeal. I pride myself on being observant and intuitive, but I had no idea that this was coming. I am truly grateful that Russell planned such a lovely engagement and at a time where our friends could be there, inconspicuously.

The moment you get engaged, the world won’t let you get a word in edgewise without asking, “When’s the wedding? Have you set a date yet? You have so much to do!”

And truly, you do have a lot to do, but it’s always nice to just sit back and enjoy being engaged for five or six minutes before thinking about registries, locations, budgets, dresses, tuxes, colors, bridesmaids, groomsmen, cakes, expos, bands, guest lists, honeymoon. Oh, yes, and there’s that other person: the one you’re marrying.

You have to try to have adult conversation that isn’t solely about nuptials. Russell and I have been engaged for about 10 weeks, and so far, all we’ve chosen is a date.

Nothing seems to bring out the beasts more than the planning of a wedding. I suppose that’s why folks write so many stage productions about weddings. I was in a production by Francisco Castro called This is My F-ing Wedding. No joke. That was the title.

I played an emotional bride who has to deal with a shocking amount of weirdness: the groom, not the bride, wants a traditional wedding – she wishes to elope; the priest isn’t really a priest, but a nutcase; the bride’s mother has to take away her son’s bag of Doritos since it has a firearm down in it. In the end, a clown comes to the rescue of the bride. It’s nothing short of chaotic, but somehow, it worked onstage, and audiences were thrilled.

The Wetumpka Depot knows a good farce when they see one, too. Kristy Meanor, Tom Salter and Mary Katherine Moore concocted the delicious script for Wedding From Hell, which they staged in 2009. Unfortunately, I did not get to see the hilarity myself, but the show included a gaggle of bridesmaids, all named Brittney; a Bible-thumping preacher named Wanker; frustrated beauty queens; clogging (I love clogging!); a father-of-the-bride with a shotgun; his social climbing ex-wife; and other assorted colorful characters.

So what can we learn here? I don’t want drama or guns at my wedding, but clogging might be kind of fun and cool and different.

Or maybe I’ll just go with what my instincts tell me: Keep it simple; get that handsome bass player and get married. It doesn’t have to be much crazier than that to be a dream come true for me.

And maybe I’ll invite a clown, just to see what happens …