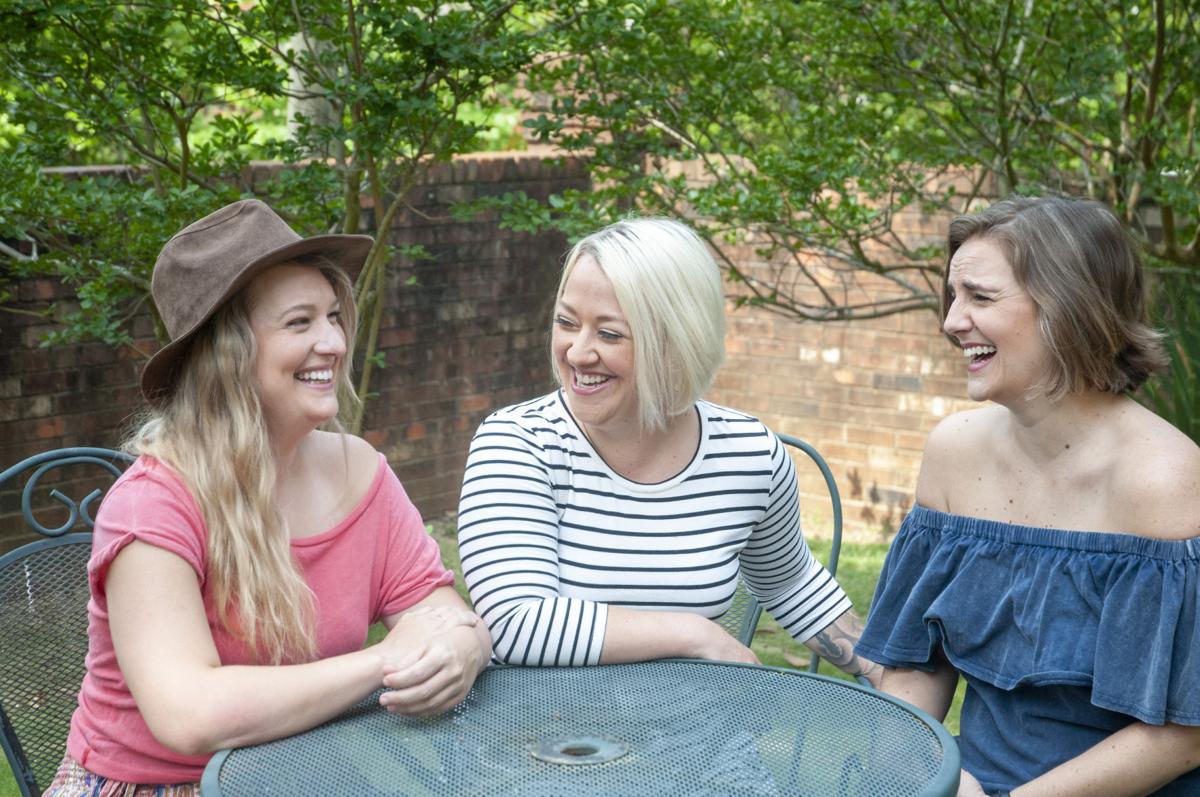 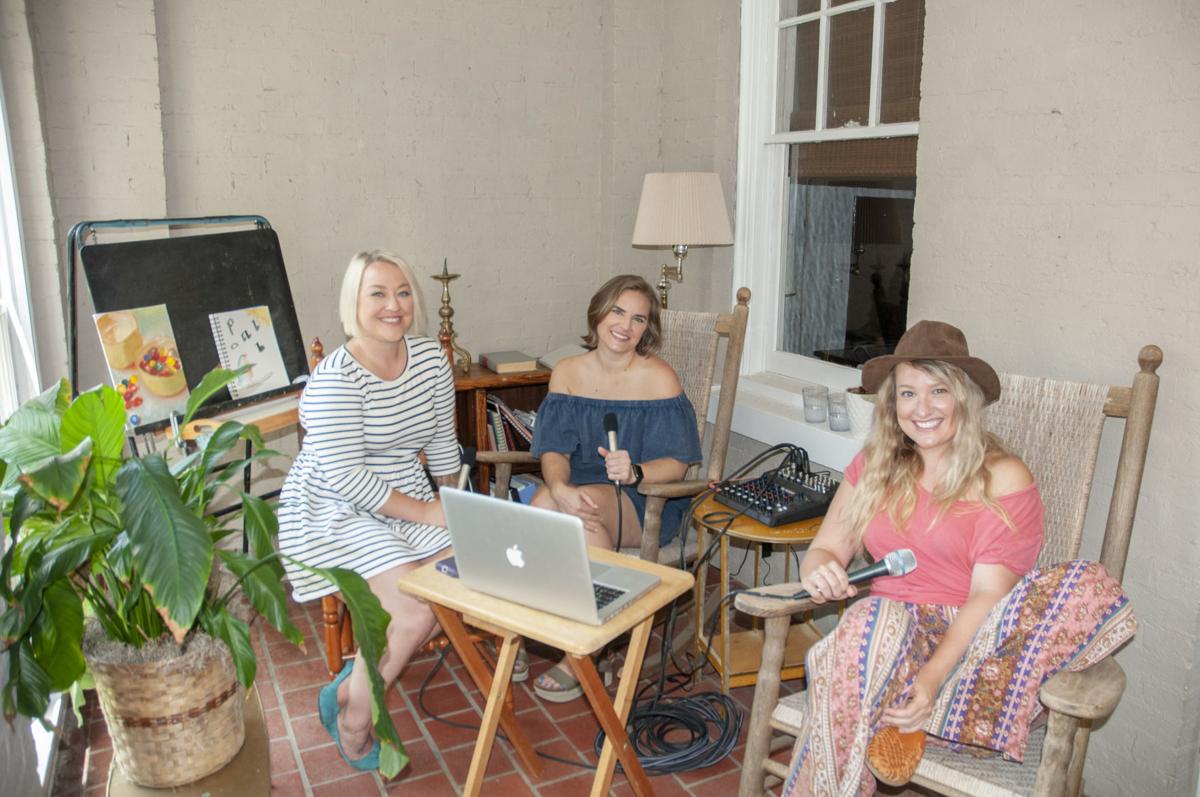 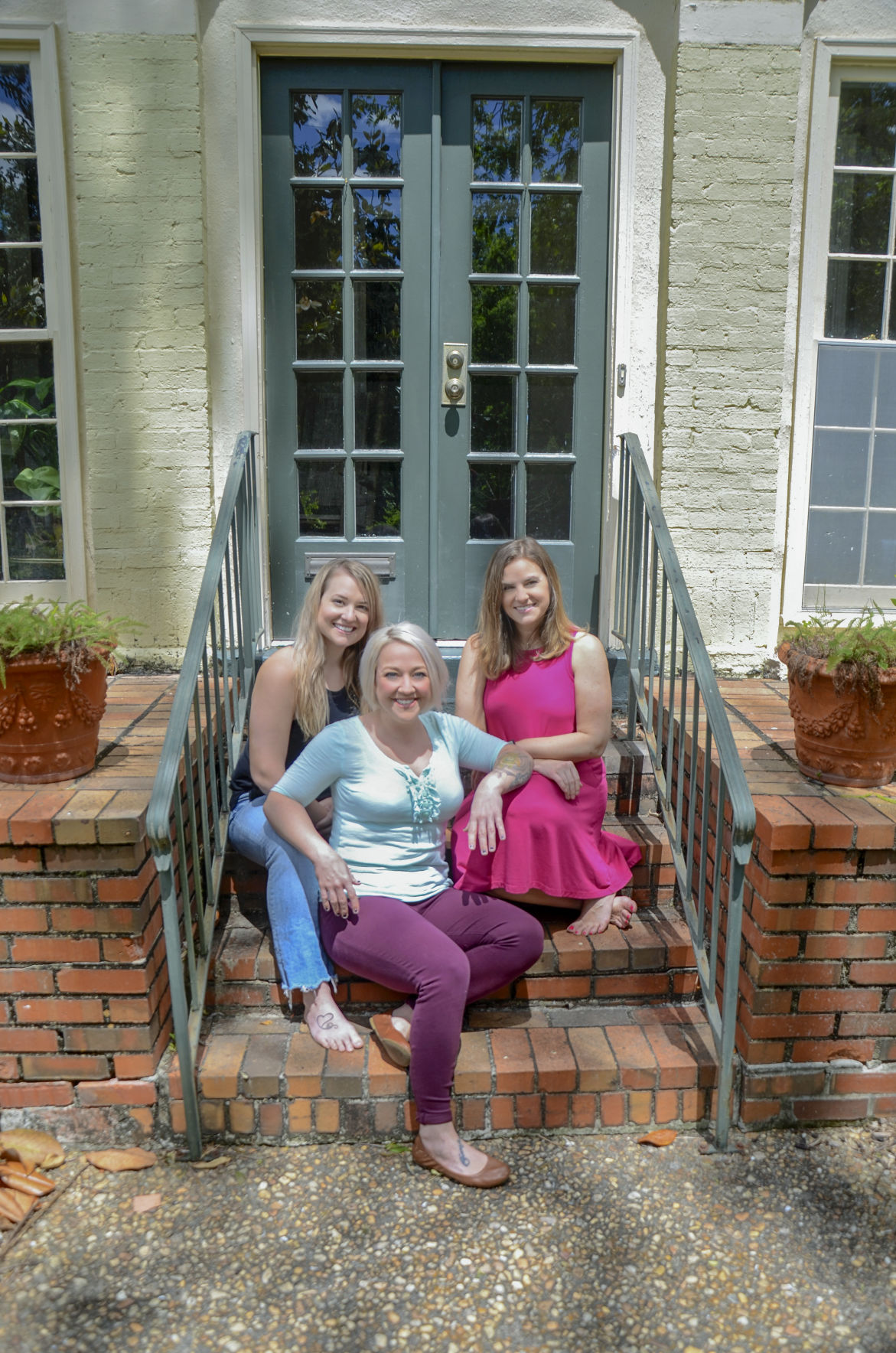 The podcast gives the busy friends a good excuse to hang out.

The podcast gives the busy friends a good excuse to hang out.

Life can be tough sometimes, but finding the humor in the often ridiculous, unexpected turn of events is what the Elmore County podcast, Practically Imperfect, is all about.

Three female best friends in their 30s decided to create a platform to narrate their personal experiences with a monthly podcast about everyday topics. Leanna Wallace, Adrian Borden and Rachel Layton live in Millbrook and have been recording Practically Imperfect since January of this year.

“It’s a way to offer people a look into the real life of a woman in her 30s. We’re just trying to get through the day,” said Wallace, who works as a sleep technician during the day.

She recently started listening to podcasts and recognized there were very few female comedic series.

“Some people have suggested that the three of us together are really funny and that we should start our own show,” said Wallace. “It’s really a lot of fun with different topics. We talk about things that we can laugh about now that maybe weren’t funny when they happened.”

That’s where the name was derived from, as well.

“We called it Practically Imperfect because so many of these things only seem to happen to us. Those moments when you pause and think, ‘Did that really just happen?’” Wallace said.

The original idea centered on comical incidences that occur in the world of dating apps. They decided to broaden the field and have also covered topics such as horrible travel stories, cooking fails, awkward moments on the job and being the youngest sibling.

Material is geared toward both men and women in the 20- to 40-year-old range, and Wallace said that also seems to be who is currently listening.

“We want it to be fun for men and women of all ages, of course,” she said. “We’ve gotten a good bit of interest lately.”

Starting with a mere 40 listeners for the opening show, Practically Imperfect has increased its followers. Listeners have almost doubled each month, said Wallace. While they cannot see from where people are listening, they do have access to the number of listeners.

“I’d say right now we are fairly local,” she said.

Practically Imperfect is open to receiving outside story submissions, which they often share on their episodes and will maintain anonymity if its requested.

“We try to pick the best ones and feature them on the show. Some people have some really good stories to tell,” said Wallace.

The portability and ease of a podcast has made the venture more approachable, she added. Plus, it gives the girls an excuse to hang out amid busy schedules of work, hobbies and personal lives. They try to record something every two to three weeks.

“We take turn going to each other’s houses. All we have to do it bring a laptop, microphones and a recording mixer. We could do it anywhere,” said Wallace.

Borden keeps busy with community theater and performing with her band Bama Skiffle. Layton owns a clothing boutique, Vintage Love, which she runs out of her airstream-type vehicle, Talula, so she is always on the go.

Each episode begins with the girls’ originally written opening song and closes with the three women singing the cover of a well-known song that ties to the theme of the episode.

“We’re all very musically inclined, and we sing – a lot. Adrian plays her ukulele and other instruments, and my mom obsessively harmonizes on every song, so I got used to doing that,” said Wallace. “Some people have said this is their favorite part of the podcast that they look forward to.”

They also occasionally do live recordings for episodes to give an introduction to what they’ll be discussing.

Episodes from Practically Imperfect can be heard on iTunes, Spotify and Stitcher; subscriptions are not required to search episodes and listen.

“People can subscribe though. It boosts our pride when they do!” said Wallace. “They can also leave reviews, but please keep it sweet.”

To submit a story or learn more about the hosts, email practicallyimperfectpodcast@gmail.com.