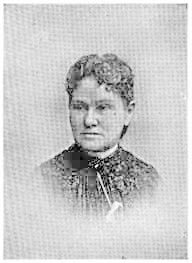 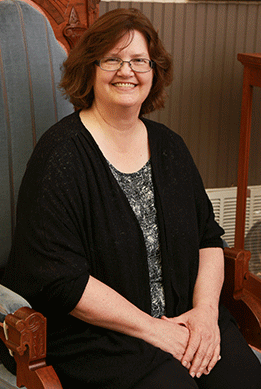 Elizabeth Lyle Saxon was born on a cold night in early December 1832 in Tennessee. Her mother, Clarissa (Crutchfield) Lyle died when Elizabeth was only 2 years old. Elizabeth’s father was Andrew Lyle, architect and builder of at least one church in Elmore County.  Andrew encouraged his young daughter to be independent and to love reading and the outdoors. He also taught her to hate oppression.

Elizabeth described herself as, ‘Southern in every vein and fiber of being,’ but when the American Civil War began, she and her husband made it known they were strong Unionists. Lydell was quickly becoming unpopular due to his well-known stance on the war, so he left his young family behind and moved to New York. Elizabeth stayed and became a Southern Mother helping suffering soldiers whenever she was needed. She was later accused of being a Confederate spy but was never charged.

The Confederates were losing significantly by 1863, and Elizabeth decided to take her young family to New York to join her husband. She first traveled to Memphis to find her father, whom she hadn’t been able to contact since before the war began. She discovered he was being held in Irving Block Prison in Memphis after having been accused of being a Confederate spy … and he was dying. Elizabeth arranged for his release and remained in Memphis to take care of him until his death. His last words to her were to ask for a promise to never cease working for unfortunate women, so long as her life should last.

Elizabeth took her father’s words to heart. She and her husband were reunited in 1864 and moved together to New Orleans, where their last two children were born. Elizabeth began traveling between New Orleans and Memphis, speaking at conventions, conferences and to women everywhere about voting rights.

She had made a name for herself by 1878 and that same year was elected president of the Ladies Physiological Association, giving her more access to not only the public but also politicians. One year later, Elizabeth helped suffragettes in New Orleans promote a petition for the right for women to vote.

She spoke at the Louisiana Constitutional Convention and gave a speech so moving it was published in the 1879 New Orleans Times. Elizabeth traveled with Susan B. Anthony across New England, quickly earning a national reputation as a powerful speaker.

In March 1885, Elizabeth returned to her beloved Wetumpka to speak to the women of Alabama. She spoke with state politicians during her stay and lectured on temperance and the advancement and progress of her gender in 34 states and several territories. The press loved her, and women everywhere read her books and articles, becoming enlightened by her eloquent lectures.

Lydell died in 1901 and Elizabeth in 1915. Five years after her death, American women were given the right to vote. She is often cited as “instrumental to the social changes leading up to the amendment’s passing…”  She is listed as one of the most important suffragist leaders of her day.

The Tale of Thomas Patterson

The Pattersons of Elmore County were community members that had an impact on the area but may not be household names.