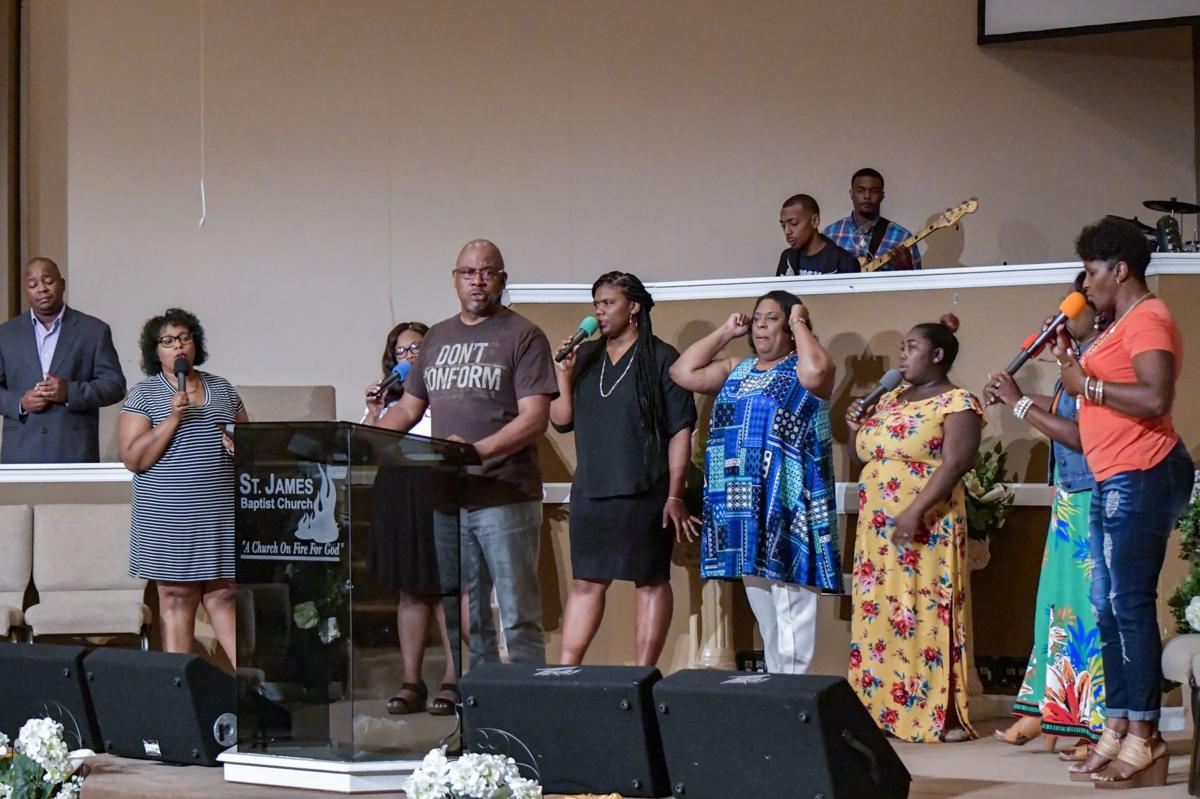 Arthur Smith stands at the podium of St. James Baptist Church where he's preached for 26 years. 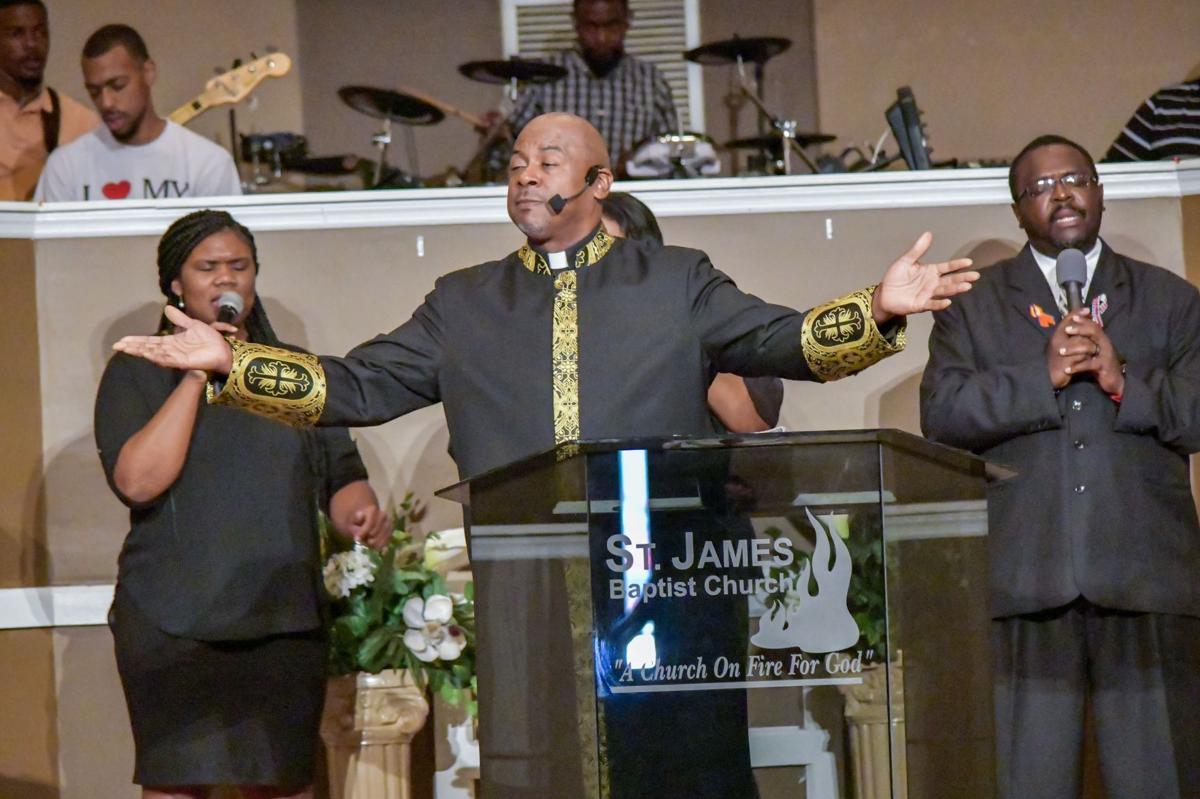 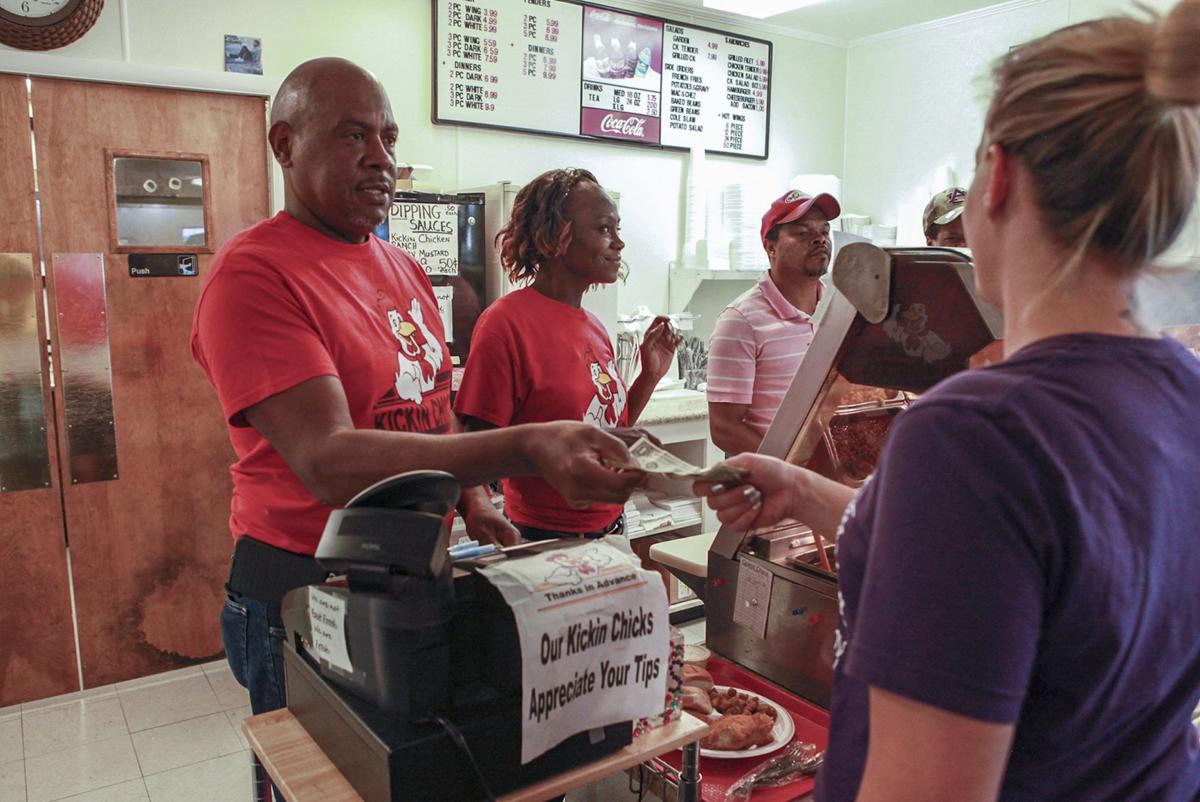 Smith enjoys interacting with customers at the restaurant as a form of ministry. 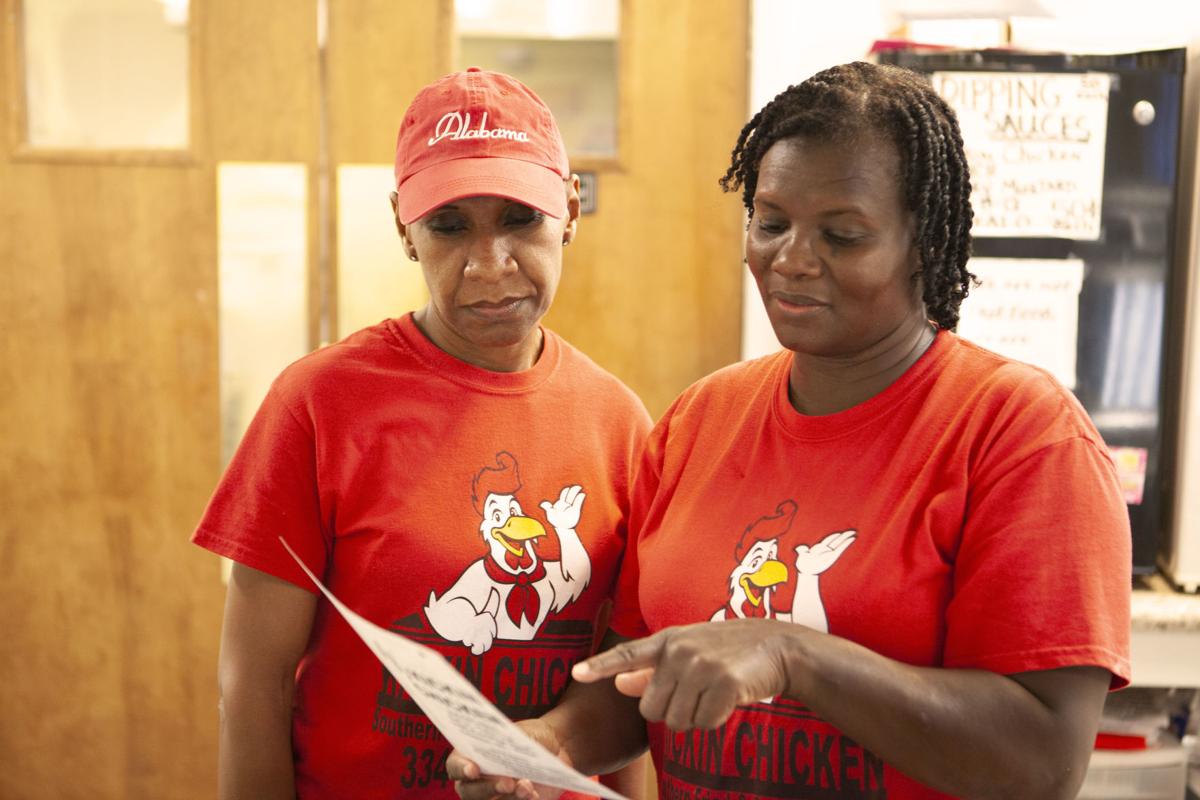 Arthur Smith stands at the podium of St. James Baptist Church where he's preached for 26 years.

Smith enjoys interacting with customers at the restaurant as a form of ministry.

Being the baby boy and No. 9 out of 10 children, Eclectic’s Arthur Smith knew if he was going to achieve anything in life, he had to push himself to do it. A self-taught musician, independent movie maker, pastor and restaurant owner, Smith said through reading everything he could get his hands on and putting in the hard work, he has aspired to make a difference in the community.

“It’s been so rewarding meeting people in the area,” said Smith. “Eclectic has been so open and receptive to us.”

Smith, along with his wife, Joyce, and her business partners Priscilla and Norbert Bass, bought the Kickin Chicken business in November 2018. They transitioned with the help of its previous owners and opened in January 2019 after renovations and technological upgrades.

“We have an active webpage now, kickinchick.com. You can place orders online through that or through our Facebook page, Kickin Chicken Eclectic. We’re in the process of creating an app where people can order on their mobile phones. We’ve got T-shirts coming in – doing a lot of branding,” said Smith.

Small establishments in the community hold a large impact for residents, said Smith, so he and his hard-working staff try to keep things clean and comfortable and prepare the best food possible.

“Restaurant business is very similar to ministry. It’s nothing more than meeting people’s needs in love and providing a service,” said the pastor of St. James Family Worship in Wetumpka for the past 26 years.

While his first passion is pastoring, he’s used his artistic skills to shed light on important issues within the Church. As a writer and movie producer, he won an Audience Choice Hollywood’s Screen Actor Guild Award in Atlanta’s Peachtree Village International Film Festival in 2015.

“The film is faith-based and focuses on the misuse of Church leadership. Growing up in a dysfunctional family, I recognize how that can affect lives,” said Smith.

He just finished a script called the Purple Journal, for which he hopes to get funding and start filming next year.

Originally from Lineville in Clay County, Smith was born and raised in Alabama and also worked with Gov. Bob Riley for three terms. Riley’s son, Rob, has been the St. James Family Worship Church attorney for 24 years.

“I took some heat for being black and supporting a Republican, but I know Gov. Riley well and wanted to see him succeed. He’s a great man,” said Smith.

While Smith certainly wears a lot of hats throughout the community, he has a dedicated family that helps keep him afloat.

“My daughter, Valencia, works for the City of Wetumpka as an event planner. My son just moved back home and is the minister of music at our Church. He’s been training to manage the restaurant in the future. He’s learned the business well and has it under control,” said Smith. “We have an excellent staff at Kickin Chicken. It’s a sacrifice to be here, in the kitchen 12 hours a day, at least four days a week.”

Future plans for the restaurant include adding a deck to offer music and franchising in the years to come.

“I don’t know a greater town to put a restaurant in. Eclectic is a wonderful place with wonderful people,” said Smith. “I’m proud of the people God surrounded me with to become who I am. The wonderful people of St. James and the servant-hearted staff of Kickin Chicken are phenomenal. You need to appreciate the people that help you get to where you are. No one is self-made. If you share the glory, you always have a good story.”