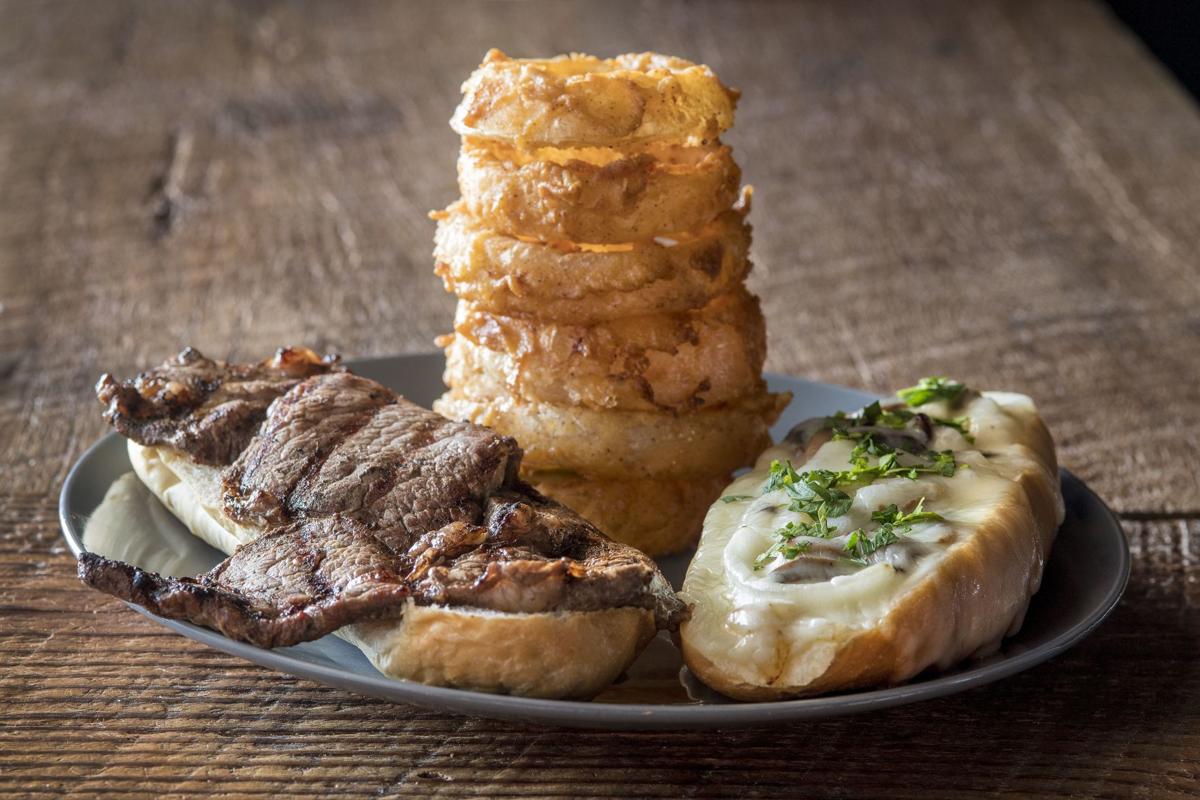 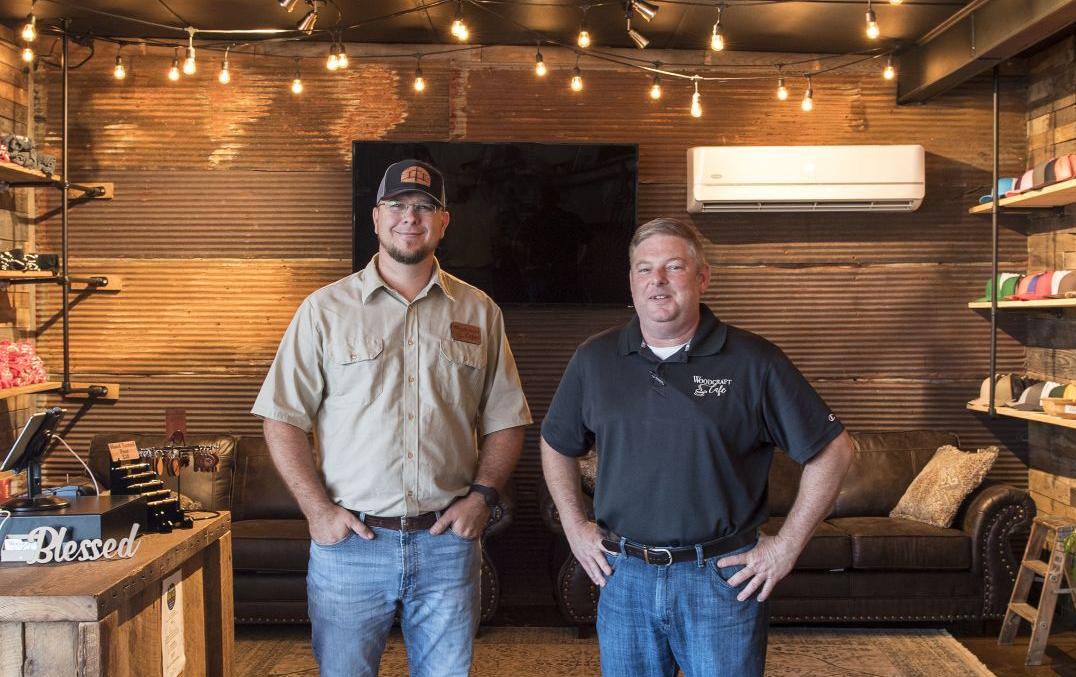 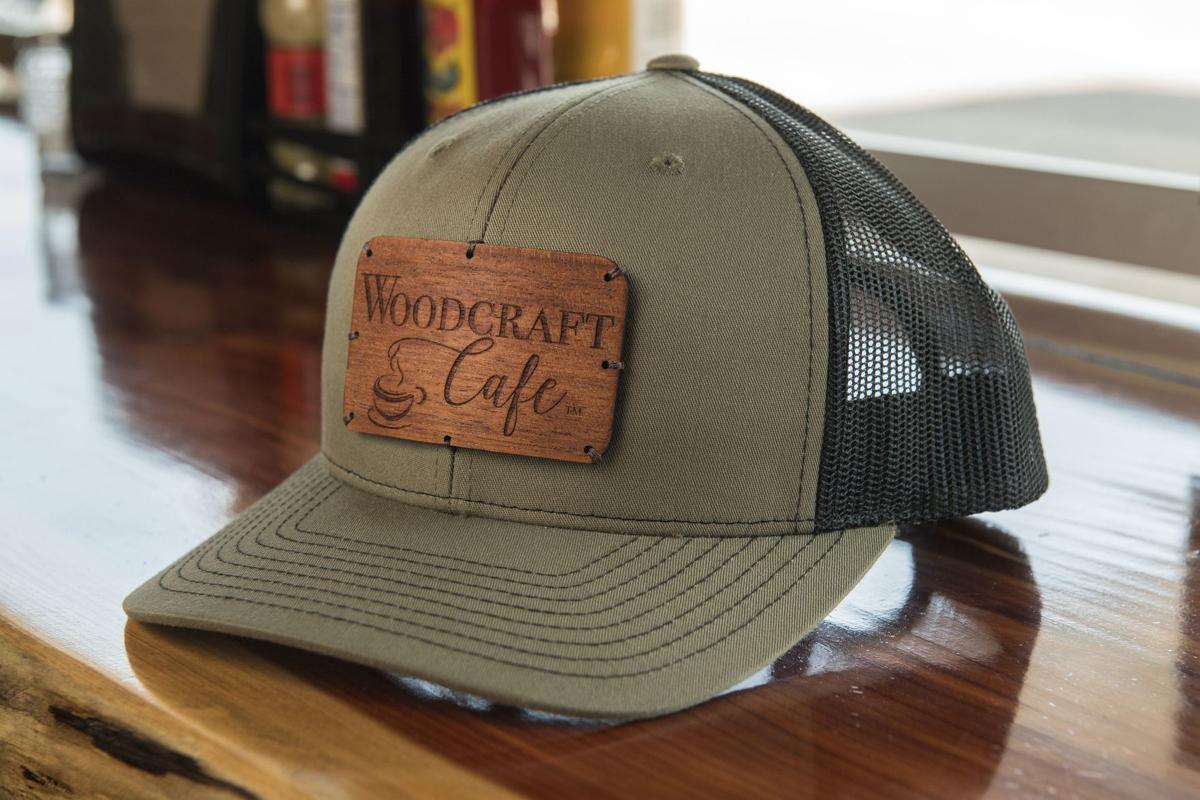 Apparel is for sale in Woodcraft Cafe. 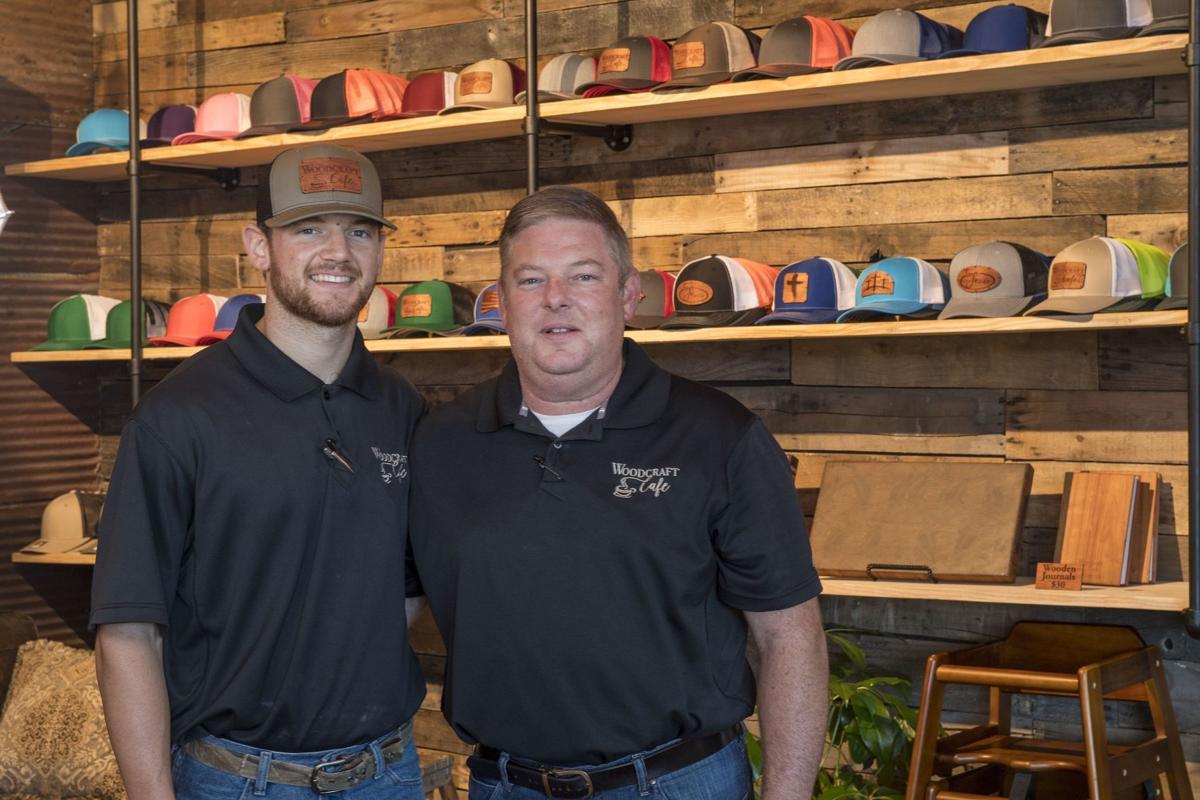 Johnson's son, Dillon (left) is his right-hand man in the kitchen. 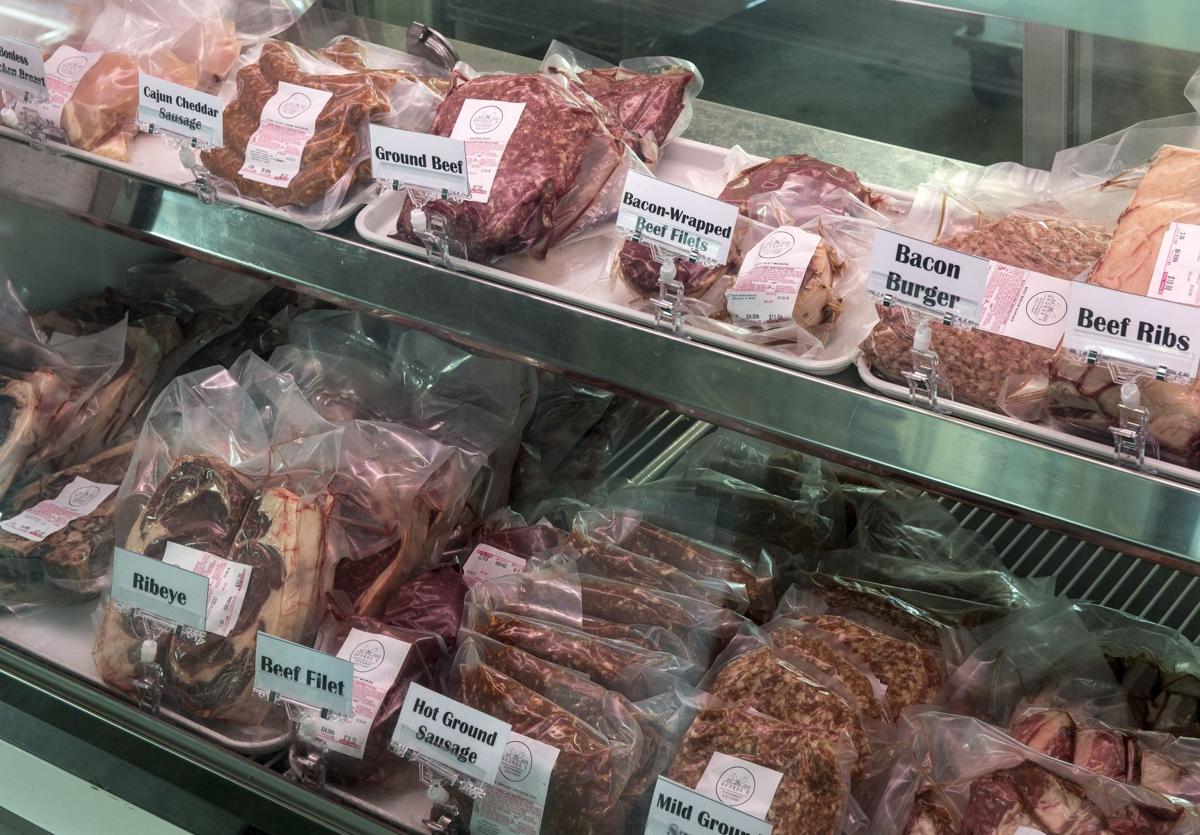 Grass-fed beef, pork and lamb for sale are raised locally on the family farm. 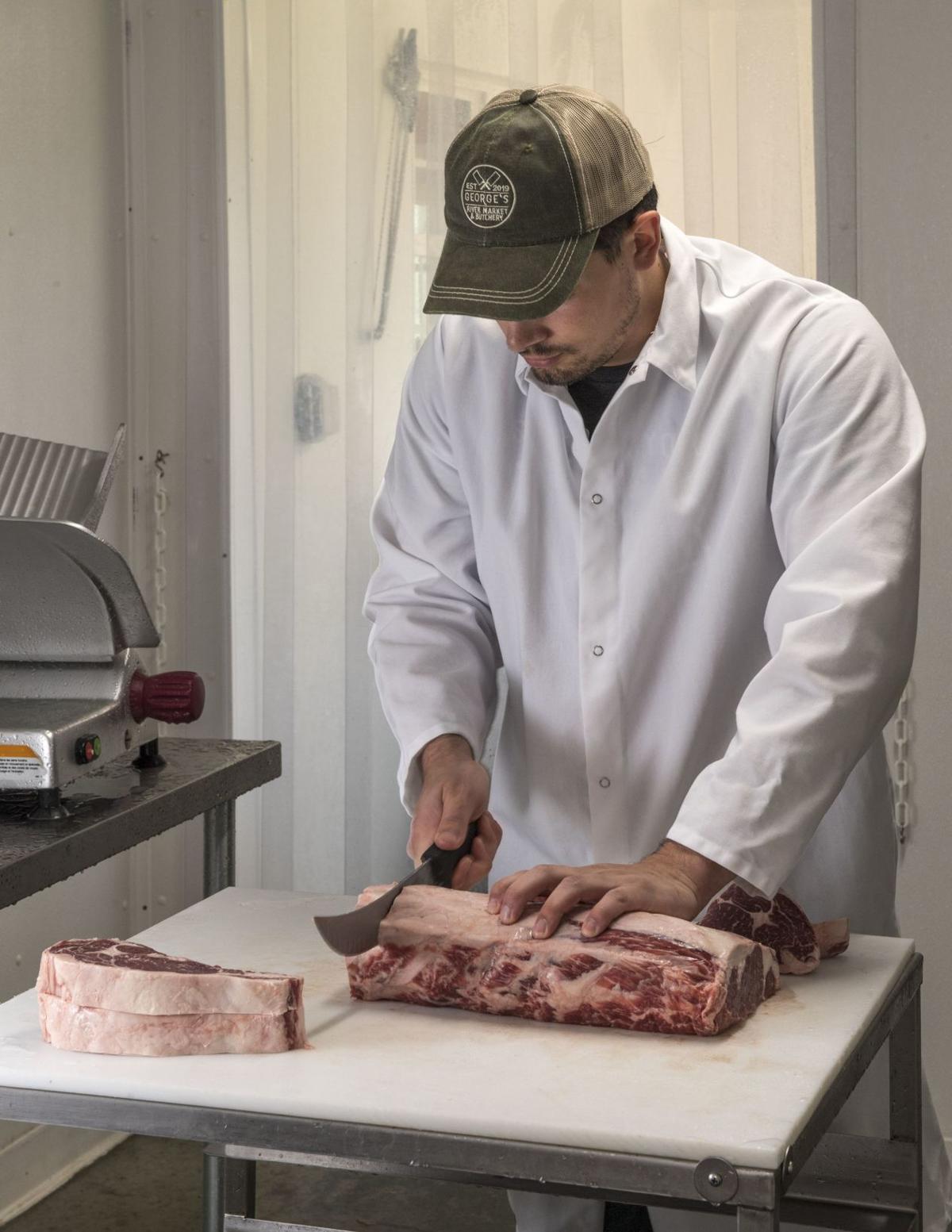 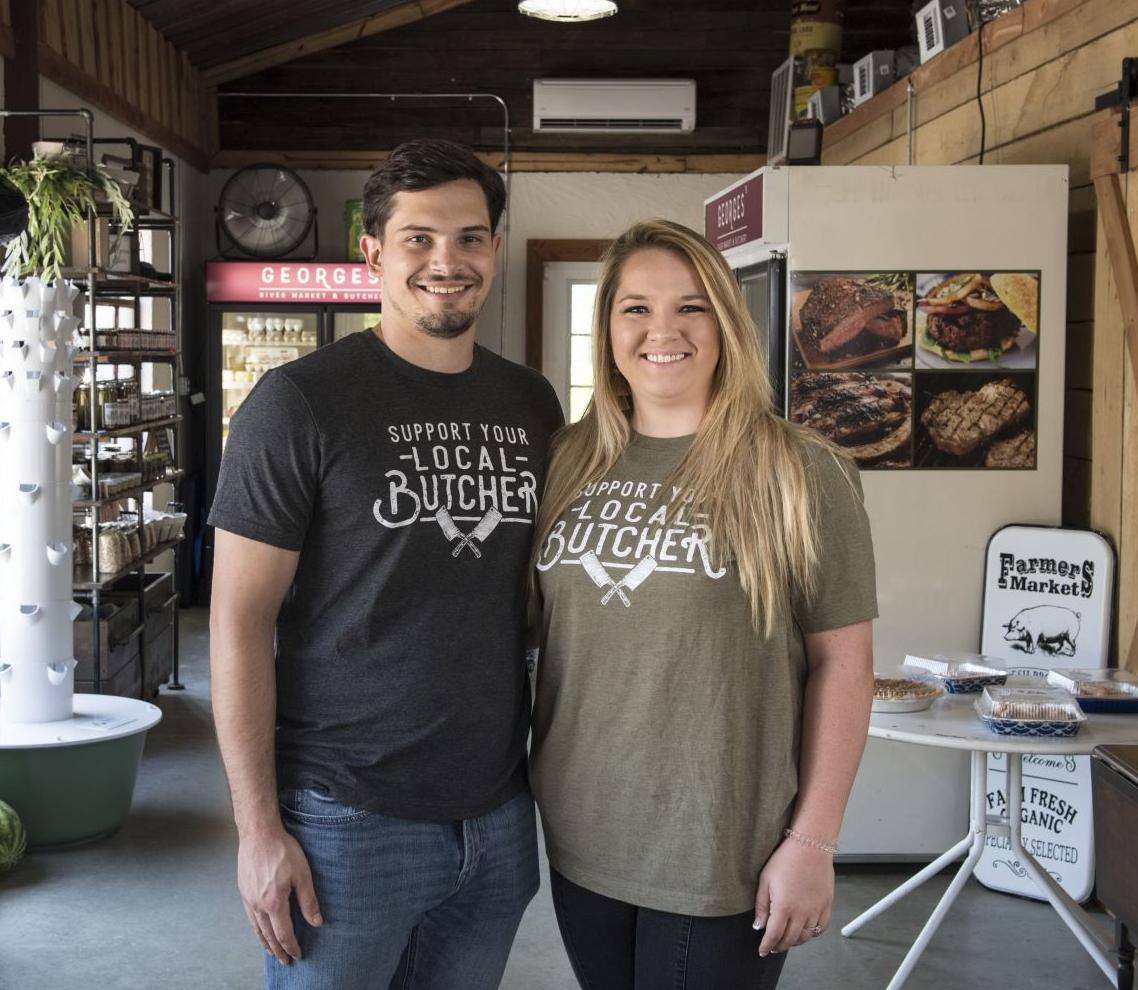 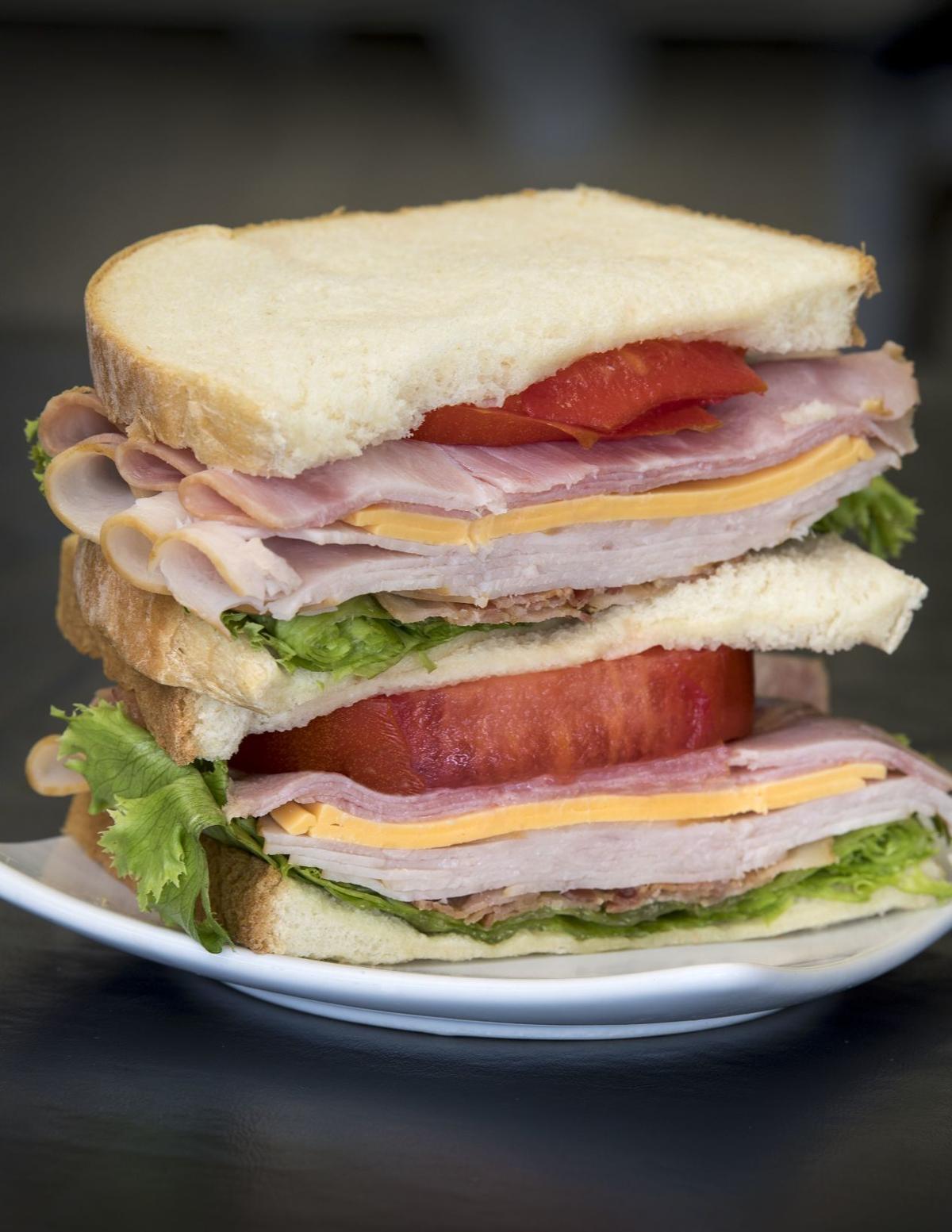 Deli sandwiches are available all day. 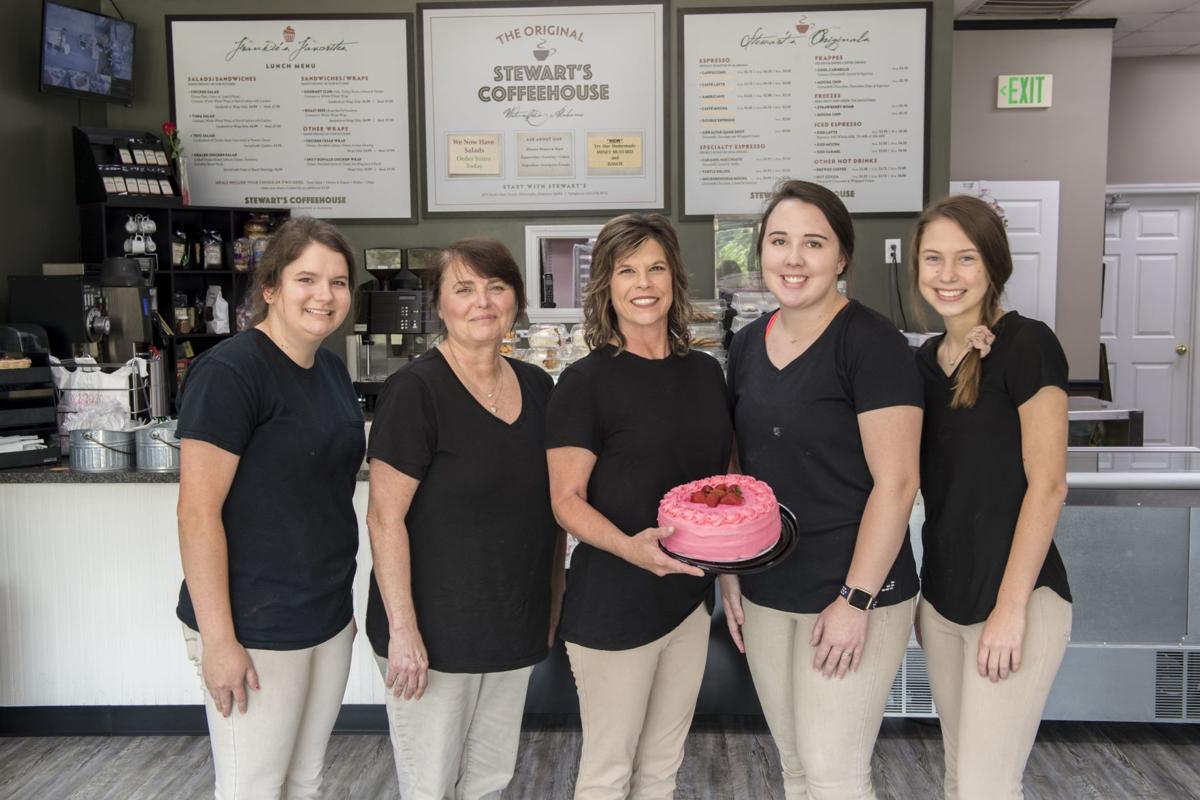 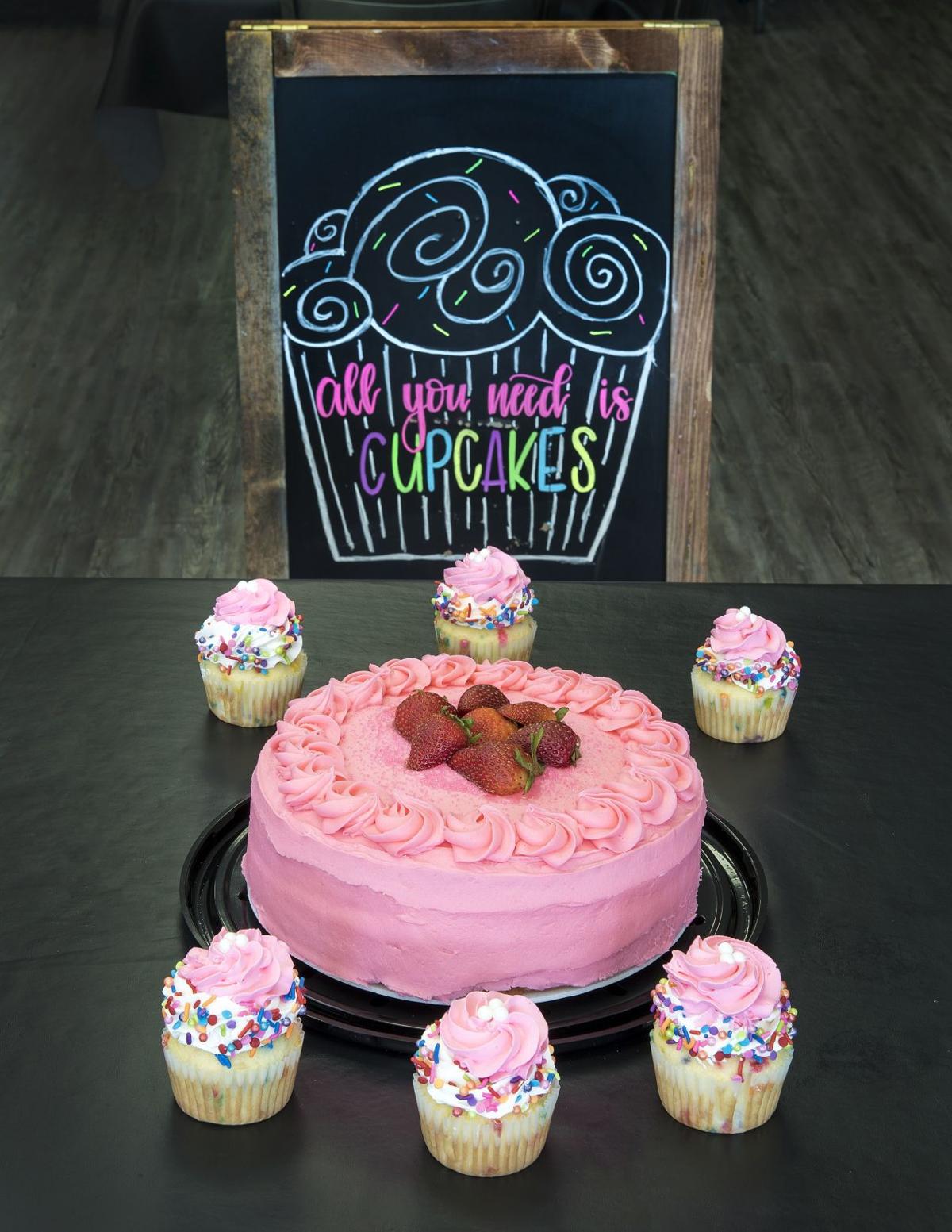 Vicky Bonner comes in early every day to bake the homemade treats.

Apparel is for sale in Woodcraft Cafe.

Johnson's son, Dillon (left) is his right-hand man in the kitchen.

Grass-fed beef, pork and lamb for sale are raised locally on the family farm.

Deli sandwiches are available all day.

Vicky Bonner comes in early every day to bake the homemade treats.

When woodcrafter Josh Henderson and culinary school graduate Don Johnson met on a mission trip in Guatemala, they had no idea that their work might extend to a project at home. Henderson had considered renovating an abandoned 1980s gas station in the Wallsboro community in Wetumpka for his wood crafting business, and Johnson had always wanted to open a restaurant. Working together for months, their goals became reality in April this year when they opened Woodcraft Cafe.

“We really worked to breathe life back into this old building – part of the roof had collapsed in the back – but we are happy with how it turned out. The community remembers this location as a convenience store, and they have been very supportive,” Henderson said.

The building may resemble an old gas station on the outside, but on the inside the men completely transformed the space into a cafeteria-style restaurant with modern décor. The black ceiling and walls are accented with tin and reclaimed wood, while white lights crisscross the ceiling.

Barn doors separate the entrance to Henderson’s workshop, and beautiful wooden countertops, along with a hostess/cashier station add warmth to the space. Henderson crafted all of the woodwork, from walls to countertops to the laser-engraved signage.

Johnson’s son, Dillon, is also a culinary school grad and plays a major role in the kitchen. The father-son team’s menu features a daily breakfast complete with eggs and omelets to order and what Henderson claims are the best biscuits anywhere. Grits and hash browns, bacon, ham and sausage are all staples on the menu. Breakfast can be grabbed quickly to go for those who want fast food but don’t want the fast food taste, Henderson said.

“Don is amazing in the kitchen and loves to cook. Everything coming out of here is going to be great,” Henderson said.

Henderson hopes to have his own wood-crafted items for sale in the café soon, but for now he accepts custom orders. The website for the cafe showcases many of Henderson’s creations, including custom signs, promotional items – such as pens, key chains and hats – cutting boards and laser engravings.

Woodcraft Cafe is located at 10806 U.S. Highway 231 in Wetumpka. They are open from 5:30 a.m. to 2 p.m. Mondays through Fridays and 6 a.m. to 2 p.m. on Saturdays. The cafe will cater events both on- and off-premises with offerings ranging from finger foods to gourmet fare, and the entire restaurant could be rented for events in the evenings. For more information, examples of Henderson’s work or daily menu specials, visit Wood Craft Cafe’s Facebook or its website at thewoodcraftcafe.com.

Farm-to-table products take on a fresh perspective at recently opened Georges’ River Market and Butchery in Wetumpka. The USDA-certified meat processing facility, with a mini farmers market selection of goods and produce held its grand opening last month with fanfare and an already established customer base.

Wetumpka residents who frequent the George Family Farm in Eclectic recognize the family name and the quality of products that are now available at 201 Spring St. in Wetumpka, behind Coaches Corner on the Coosa River.

The beef, pork and lamb available for purchase are raised locally on the family farm and butchered fresh on site. The chicken is outsourced, but the beef is grass-fed and grain finished, and all of the meats are free of GMOs, hormones and antibiotics, said Brooklyn George.

With a successful operation in tow, the next adventure for the transplants was to bring the quality goods from their farm into town. The Georges’ son Dillon, along with his wife, Brooklyn, came on board to operate Georges’ River Market and Butchery.

“Dillon served in the Marine Corps in California, but he knew he wanted to get back home to work on the farm. I am from Wetumpka, and I knew there wouldn’t be a better place to start a business,” said George.

The glass butcher case displays a selection of meats and demonstrates the family’s expertise and desire to offer high-quality cuts. From burgers and ground beef to sirloin, rib eyes and filets, the Georges will customize cuts of beef, along with lamb and chicken. They also have a wide selection of fresh sausages – hot and mild, pepper jack, Italian link and smoked Andouille, to name a few.

The sampling of cuts on display is not extensive to the Georges’ talents. If customers do not see what they’re looking for, simply asking the knowledgeable staff likely will lead to a positive result. Many options are still stored in the back or could be custom cut per order.

Vegetables will be seasonal, of course, so the current summer months offer watermelon, peaches, tomatoes, okra, corn and peas, plus more. The market also carries a number of seasonings and sauces to enhance meals, which also make great gift items.

“We are proud to sell only Alabama-made products – granola and grade-A cream top yogurt from Pecan Point Farm in Hurtsboro; Jim Berdeaux’s Vintage Sauces made in Wetumpka; Wright BBQ Company seasonings and rubs from Clanton; and Hardin’s Seasoning out of Montgomery. We sell pecans from The Alabama Pecan Company and cookies baked by Mama’s Secrets Cookies in Auburn. And, we have Bertolone’s ready-to-cook casseroles from Clanton,” said George. “Not to mention my grandma, Sandra Hill, makes homemade four-layer cakes, which are a hit."

The Georges announced their plans to move into the renovated building in October and opened to customers in March. Now, they are full-steam ahead, bringing fresh meat and produce, and a few tasty treats, to customers in Wetumpka who are looking for hometown service right on the Coosa.

Located at 617 S. Main Street, Frankie’s Sweet Shoppe originally belonged to Frankie Clark. When Clark decided to sell her business, Keith and Paula Holley, who also own the shopping center, decided to buy it and add the coffeehouse and deli foods. When business began to grow rapidly last year, Holley removed a wall to add more seating in the adjoining space and hired a new manager, Stacy Mustin.

“He brought me in for new ideas and organization, and I fell in love with the place. I just have a real passion for being part of this business. It’s great to see a small town place with a lot of class,” Mustin said.

Frankie’s Sweet Shoppe continues Clark’s tradition of delicious petit fours, cupcakes and cakes, homemade pimento cheese and casseroles to grab-and-go. Vicky Bonner comes in early every day to bake in the kitchen before the space is needed to begin breakfast service.

The deli bar stays open during all business hours, 7 a.m. until 7 p.m. on weekdays and 10 a.m. until 7 p.m. on Saturdays. If customers want a pimento cheese sandwich for breakfast, they could have it. They could also choose any combination of eggs, bacon, sausage, biscuits, bagels, toast and croissants.

“We have regular customers who are here several mornings a week for a sausage croissant or a garlic cheese biscuit. We know their orders before they order most of the time, but sometimes they shake it up and surprise us,” Mustin said.

The coffee is exclusively OHenry’s Coffee from Birmingham. The coffeehouse serves regular brewed coffee as well as frappés, iced coffee, espresso and macchiato, along with the option of added delectable flavors, such as salted caramel.

“Southern Pecan is our most popular coffee flavor. We also have three that are named for our area – Coosa River Blend, Crater Dark and Slapout Decaf. We sell cups of coffee and bags of coffee – whole bean or ground,” Mustin said.

The lunch and dinner menus include salads and sandwiches made to order. Reuben sandwiches, wraps, chicken salads and the famous pimento cheese top the charts.

“We have great quality in a great quantity – it’s just really great food, and customers always leave with more to take home. I think we are the new best eat-in and to-go place in Wetumpka. And we cater here or off site,” Mustin said.

“It is a great place to work. We have succeeded in making it a happy place. I think people always feel good when they come in,” Mustin said.