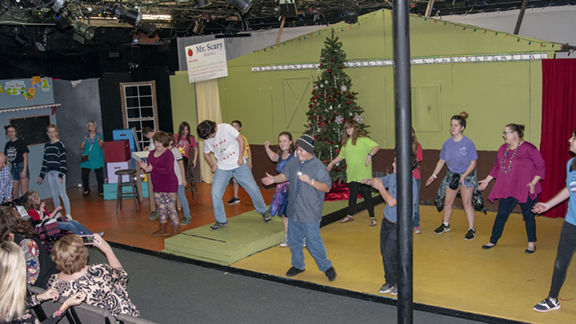 A group of nearly two dozen 8 to 21 year-olds let loose on the stage. Photo by Amy Passaretti 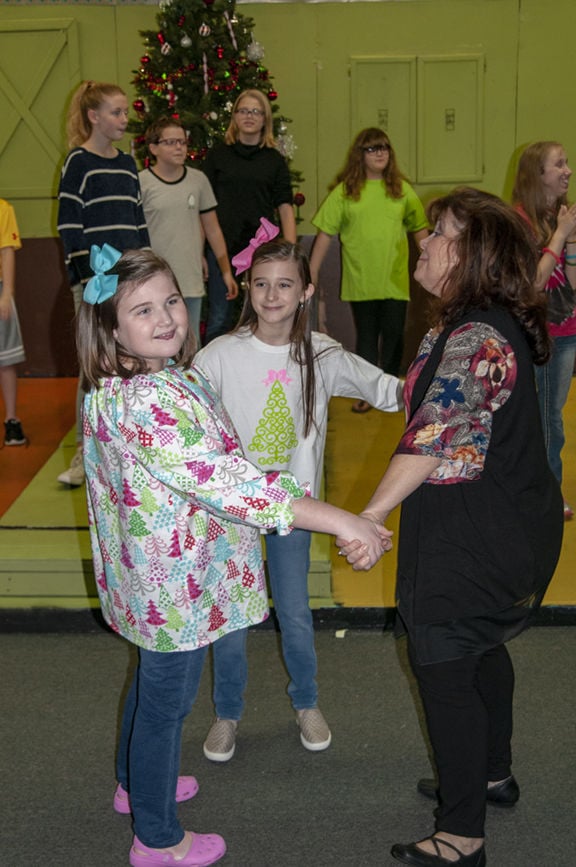 Smiling faces filled the room during the kickoff event. Photo by Amy Passaretti

A group of nearly two dozen 8 to 21 year-olds let loose on the stage. Photo by Amy Passaretti

Smiling faces filled the room during the kickoff event. Photo by Amy Passaretti

Penguins may not be able to fly, but that does not prevent their spirits from soaring.

This is the mantra of The Penguin Project, a theater program developed for special needs children in a peer-to-peer mentor setting. The Wetumpka Depot launched its inaugural musical program as the 27th chapter of this nationwide organization.

“There are several big takeaways from this program. Our penguins learn to grow and gain self-confidence. This provides them the opportunity to make friends and explore things they may not get in a school or home setting,” said Kristy Meanor, executive director of The Wetumpka Depot.

Last month, about 20 special needs children between the ages of 8 and 21 learned choreography to Don’t Stop Believin’ by Journey – the theme song for the Penguin Project. This officially kicked off the season with the announcement of their summer production, Annie Jr., which will be directed by Daniel Harms.

“You can really see how music and movement opens up a child and allows them to express themselves,” said Brooke Brown, parent communications liaison.

The plan is to produce one show a year mid-summer, which will be the modified version of some well-known Broadway musical. This means shows typically are only an hour long, instead of the full length.

“What they don’t realize is what they did on stage was their audition, so we can get an idea of who can do what. We just want them to get on stage and have fun,” said Karen Anderson, a volunteer with the program and costuming coordinator.

Rehearsals will start in February, and most likely will be held once a week – twice as show time approaches.

The crucial aspect of The Penguin Program that ties together the benefit for these children is the mentor system – this is why two penguins form the logo. Each artist, a child with developmental disabilities, is paired with a peer around his or her same age. The pair will operate as a single unit, and the mentor will provide assistance in whatever way may be needed.

“Mentors will really be their eyes, ears, legs, arms – an extension of who they are, so the artists are not being held back by anything,” said Anderson, whose daughter has volunteered as a mentor.

Every child will likely require help differently, but the relationship formed is valuable for all involved.

“These are going to be priceless friendships and an experience they will have for a lifetime. There will probably be some kids that don’t need the obvious support, but the mentor is still there as a friend, a partner in crime,” said Meanor. “It’s such a great opportunity for a group of really diverse people to all come together and celebrate the craft of theater.”

To be affiliated with The Penguin Project, a theater must go through a selection process. Meanor said she had heard positive results of the program from other community theater connections and finally decided to take initial steps to get involved.

“Wetumpka was chosen as a replication site because we demonstrated that we have the resources to present the program and to staff it and proved that the theater has longevity and history with a supportive community,” said Meanor.

Dr. Andrew Morgan is a development pediatrician who founded The Penguin Project in 2004, as he saw the benefit this could have for children with disabilities. Morgan will visit The Wetumpka Depot this month for training on how the program works and how to establish those relationships between artists and mentors. He will attend the second kickoff event in February, as well, to show support of this newest chapter.

The theater hopes to ignite inspiration in more children throughout the community to be involved in productions.

Mentors willing to participate in the program have to be mature, flexible and compassionate, she said. They have to commit to the 12 to 13 weeks of rehearsals, and do not need to have any theater background.

As a nonprofit, The Wetumpka Depot continually raises funds for playbills and additional resources.

“We are seeking funding from the community to help support the cost of costuming, props, royalties and any modifications needed to accommodate these children,” said Meanor.

For those interested in participating or volunteering, the next Penguin Project kickoff will be Jan. 29 from 5:30 p.m. to 6 p.m. at The Wetumpka Depot, located at 300 S. Main St.

For more information or to get involved with The Penguin Project, call Meanor at 334-868-1440 or email her at kmeanor@wetumpkadepot.com.